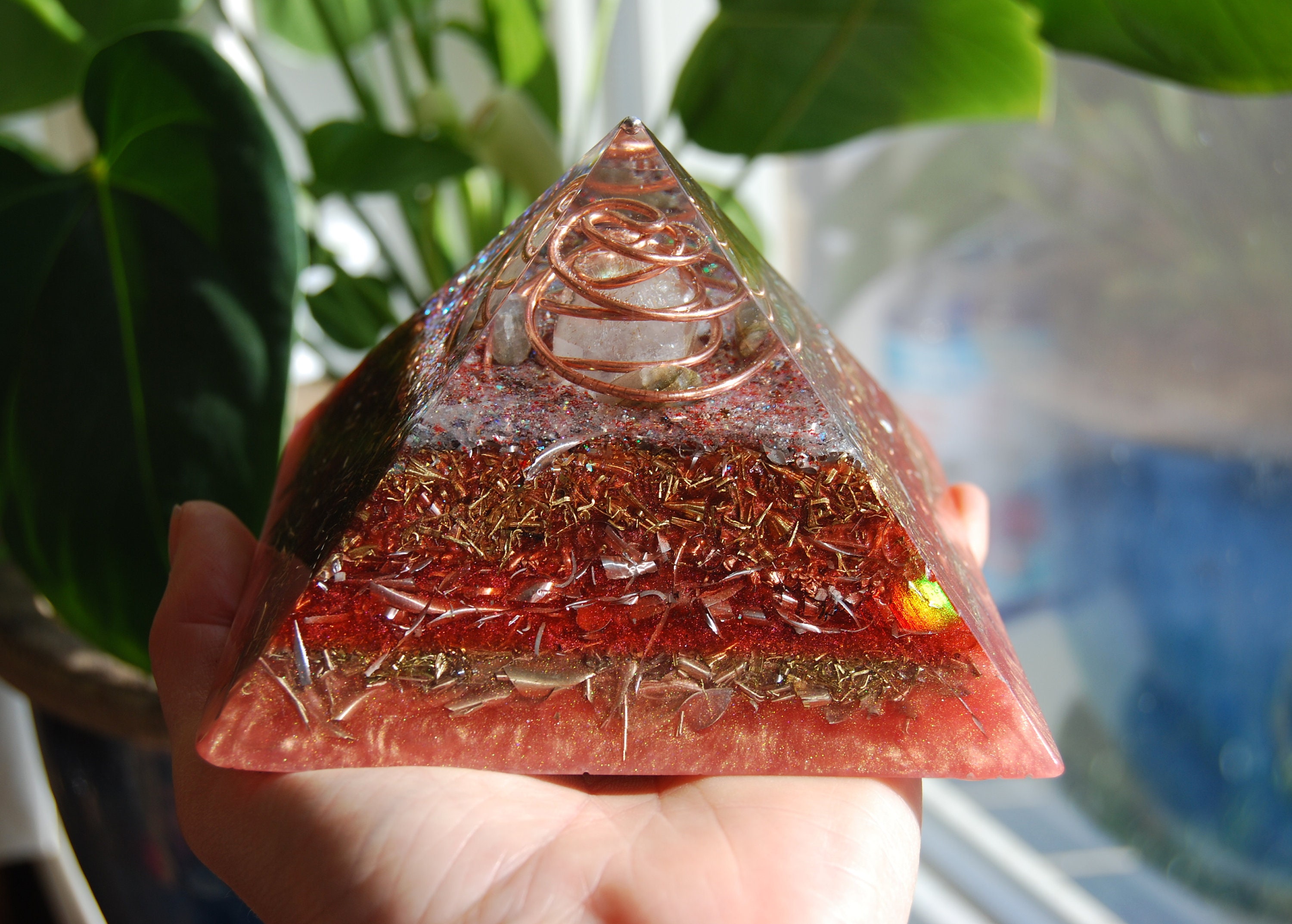 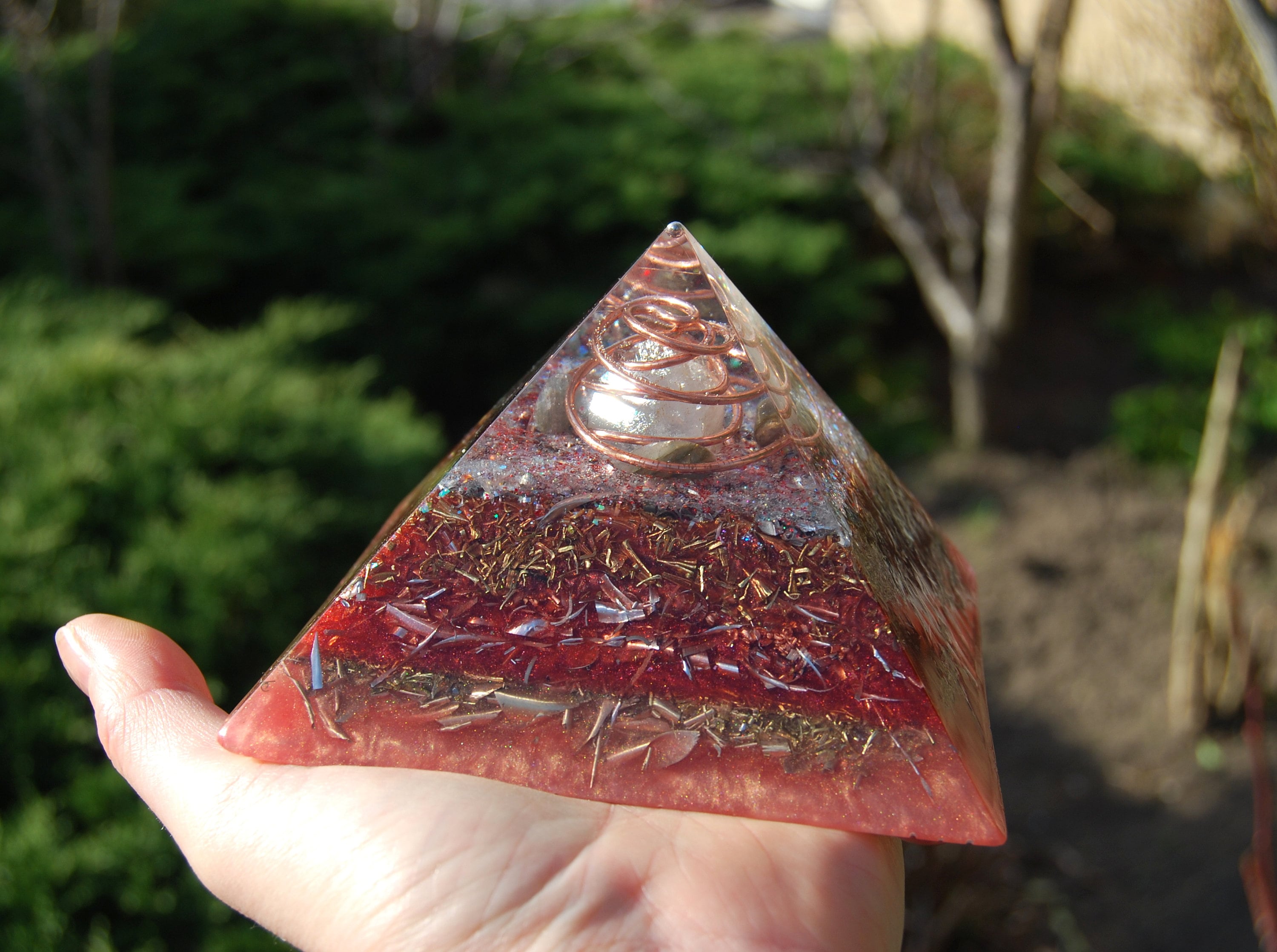 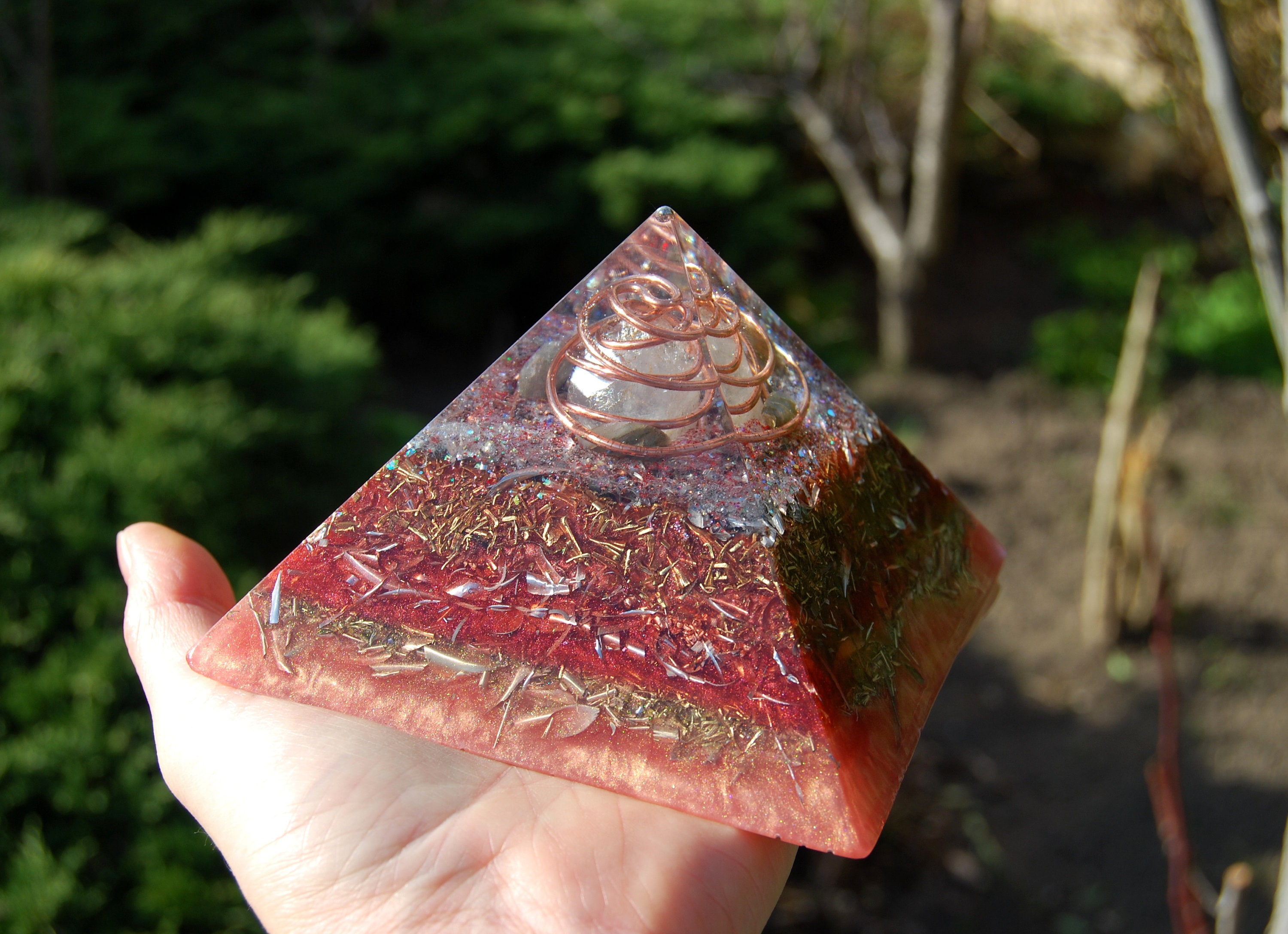 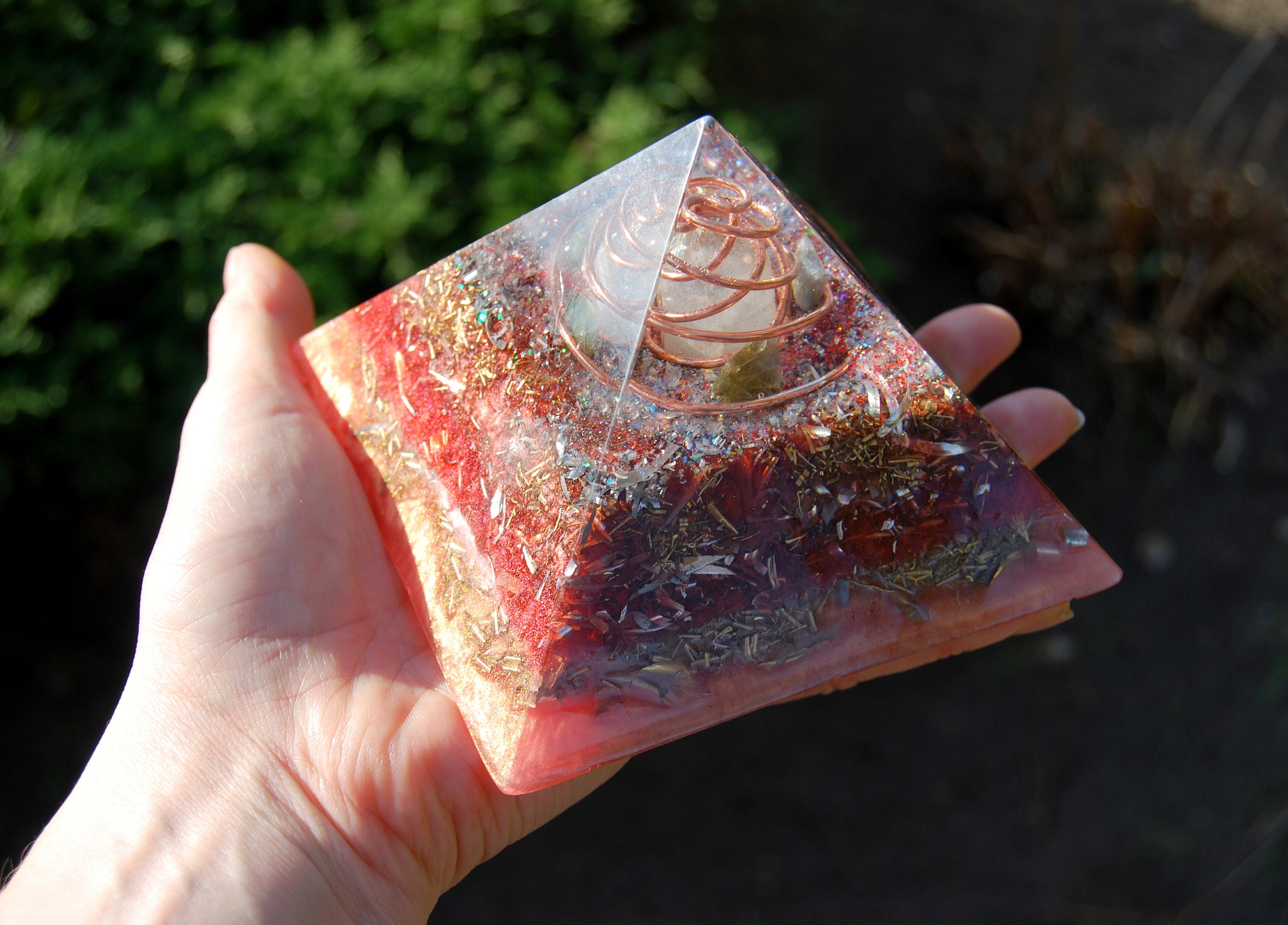 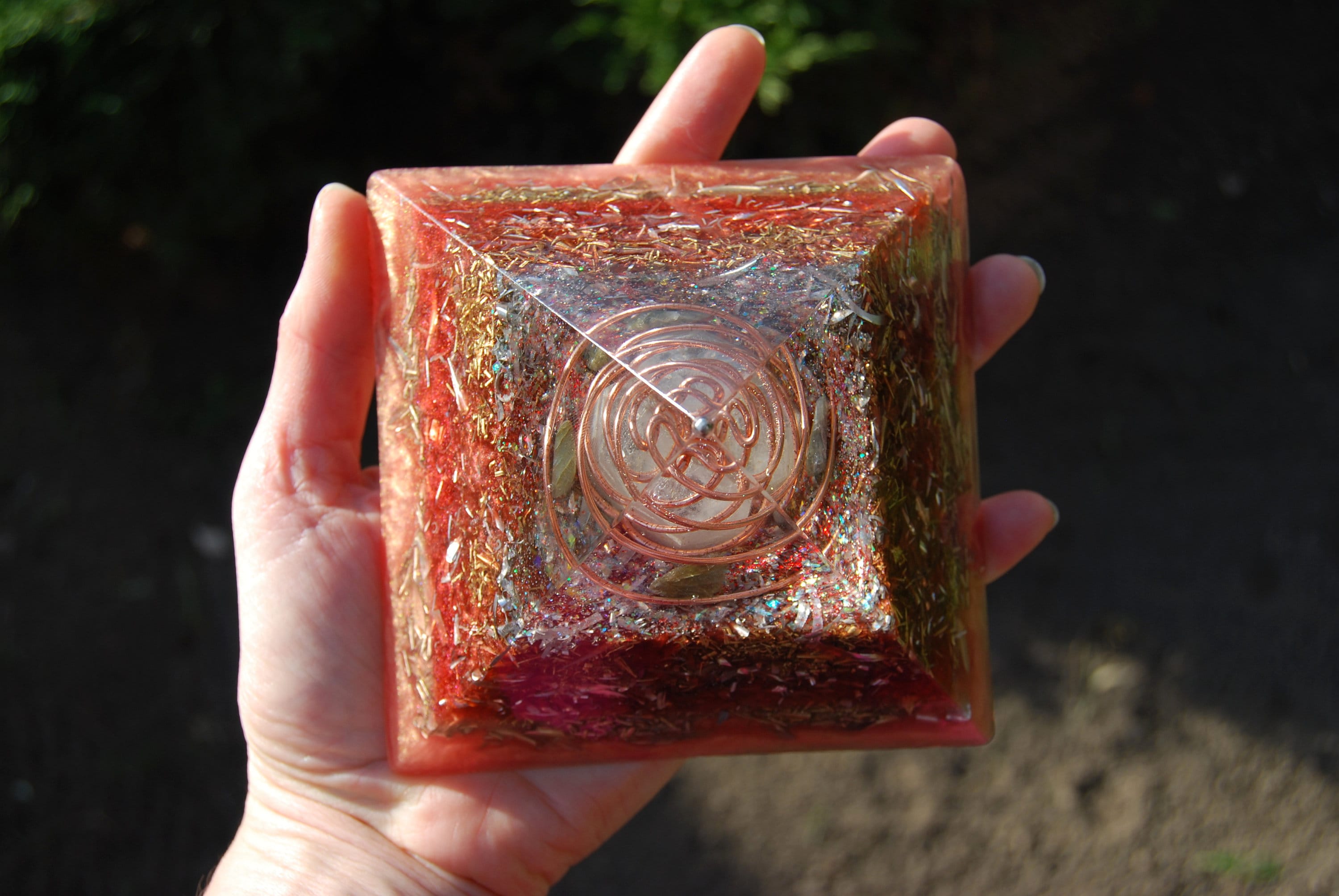 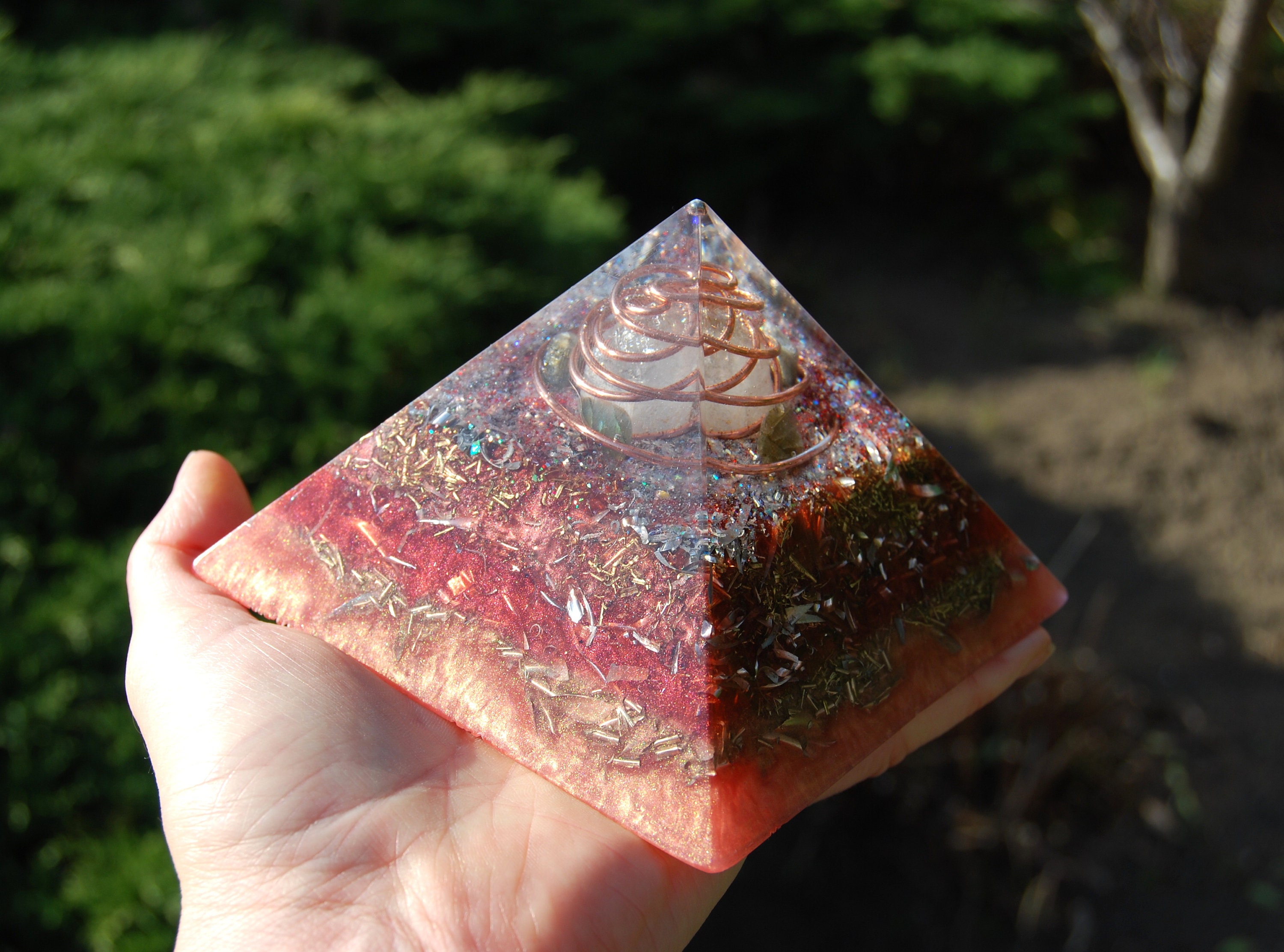 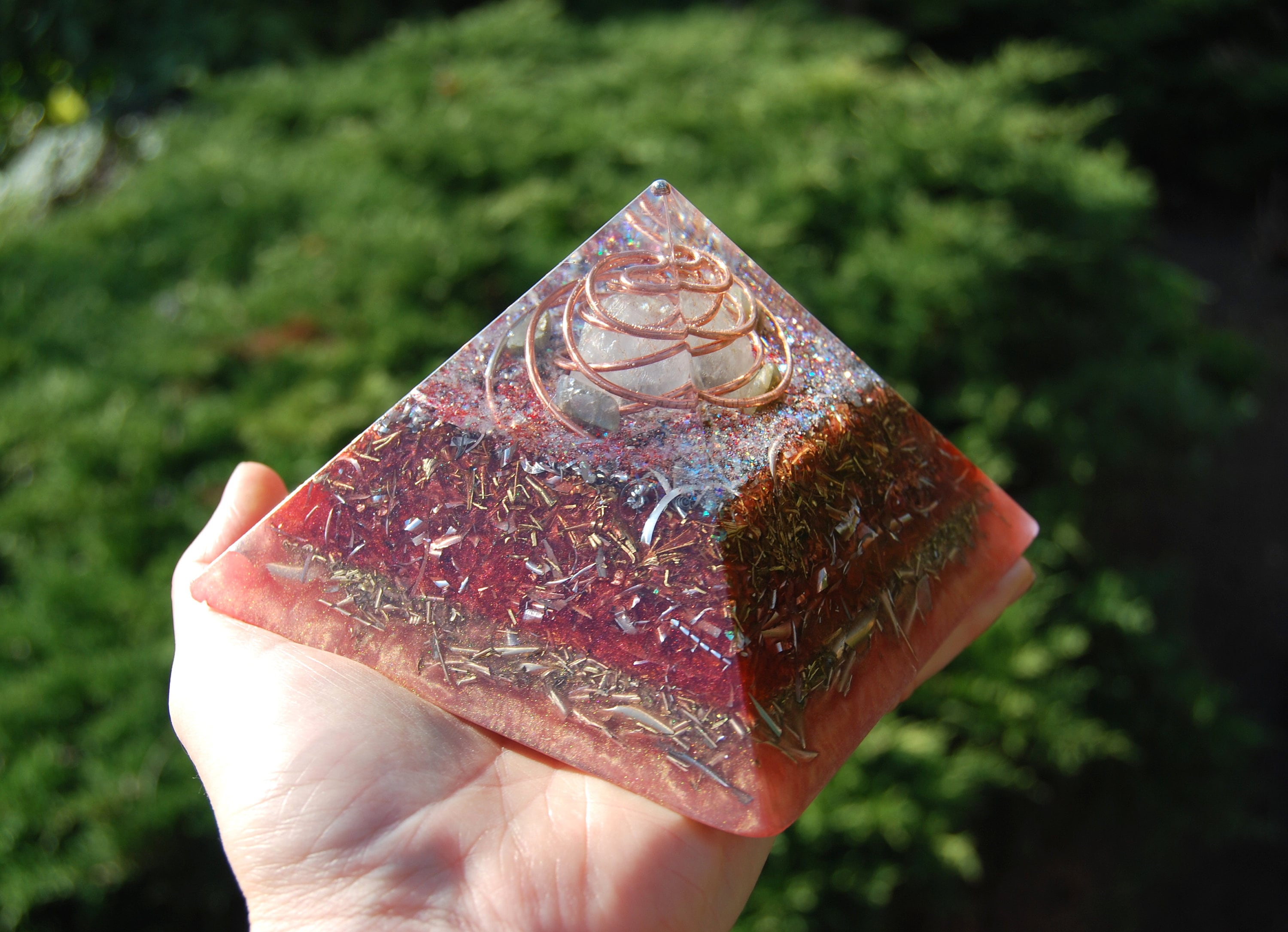 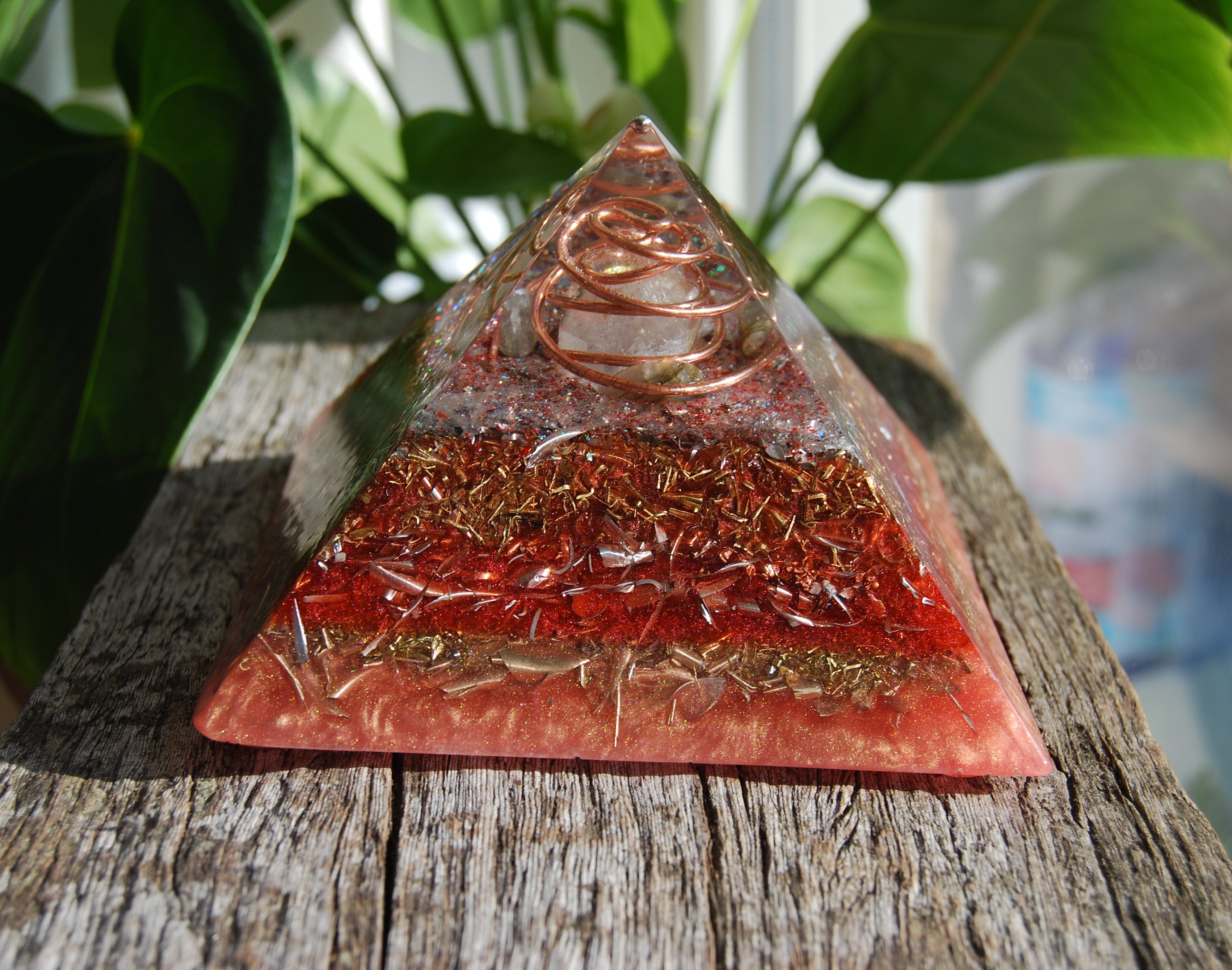 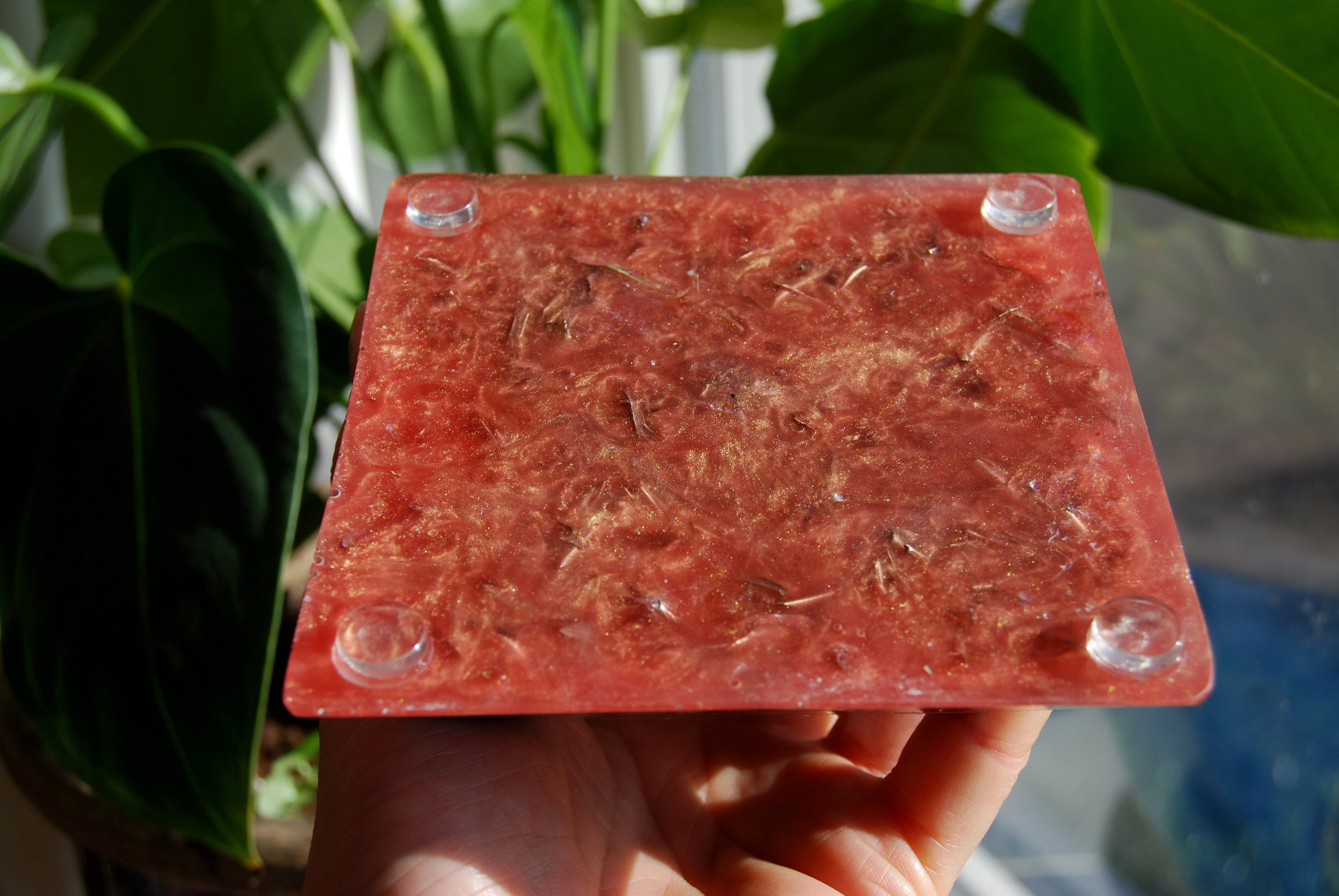 This is a unique Orgonite® pyramid with the original shape of the actual Giza pyramid in Egypt. It has one clear natural terminated clear quartz crystal in the top middle and a stainless steel bal directly in the top which makes the energy come out wide instead of a beam going straight out. This crystal is entwined with a pure copper SBB coil which amplifies, moves and directs energy. The coil also considerably increases the power and range of the pyramid. It has a polished Labradorite on every side which you see.

Labradorite is also a powerful protector of the mineral kingdom, creating a shielding force throughout the aura and strengthening natural energies from within. It protects against the negativity and misfortunes of this world, and provides safe exploration into alternate levels of consciousness and in facilitating visionary experiences from the past or the future.