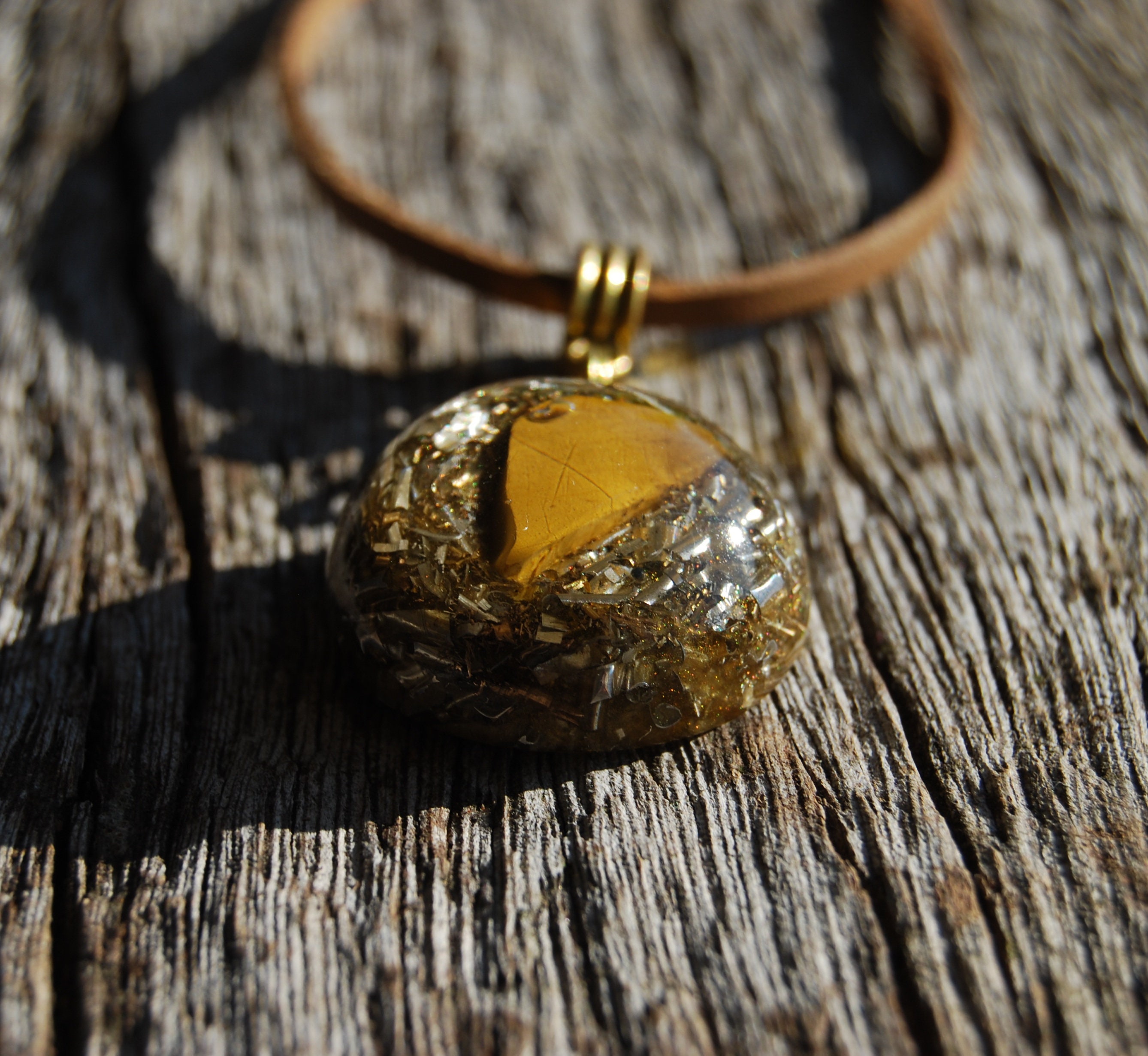 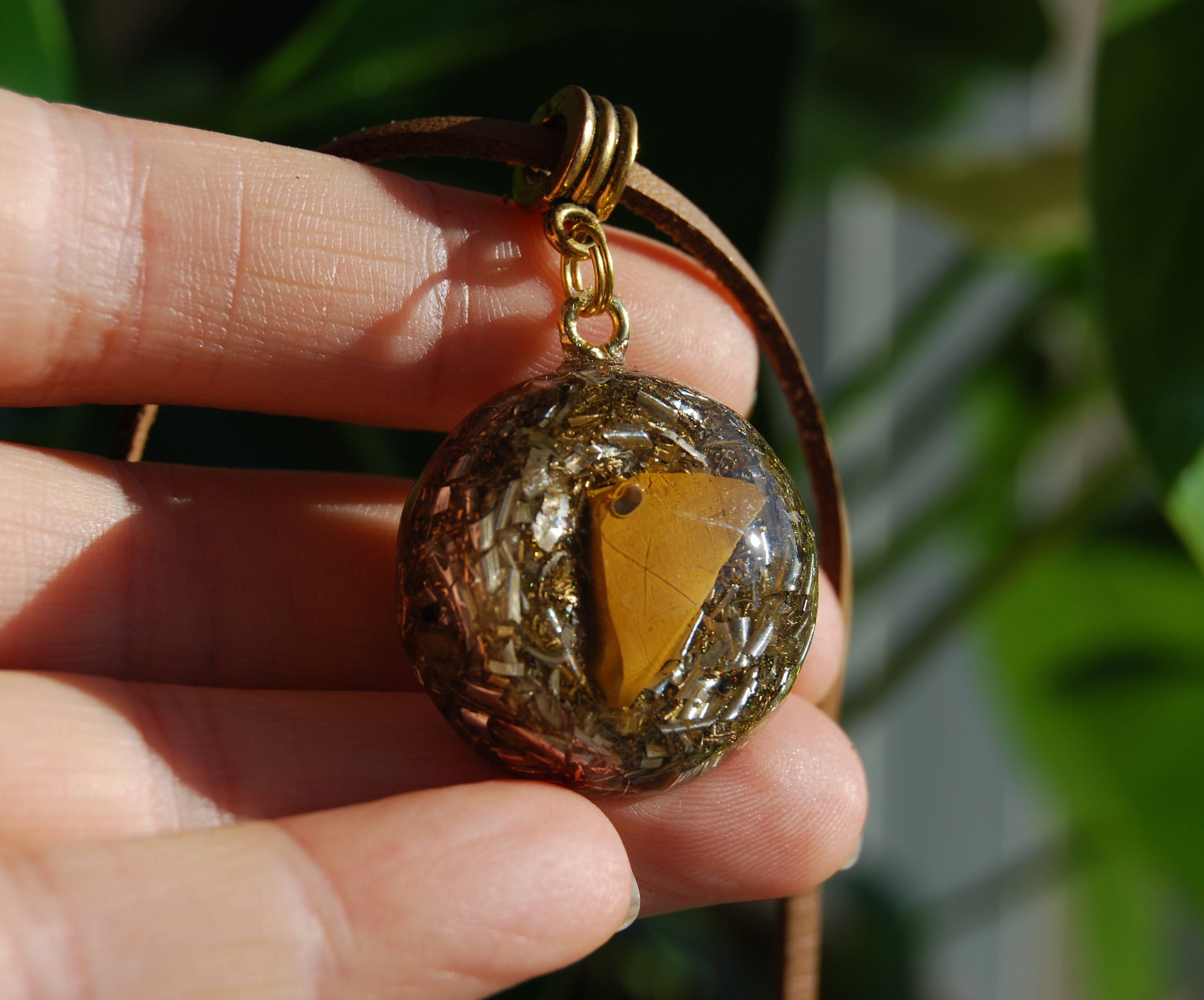 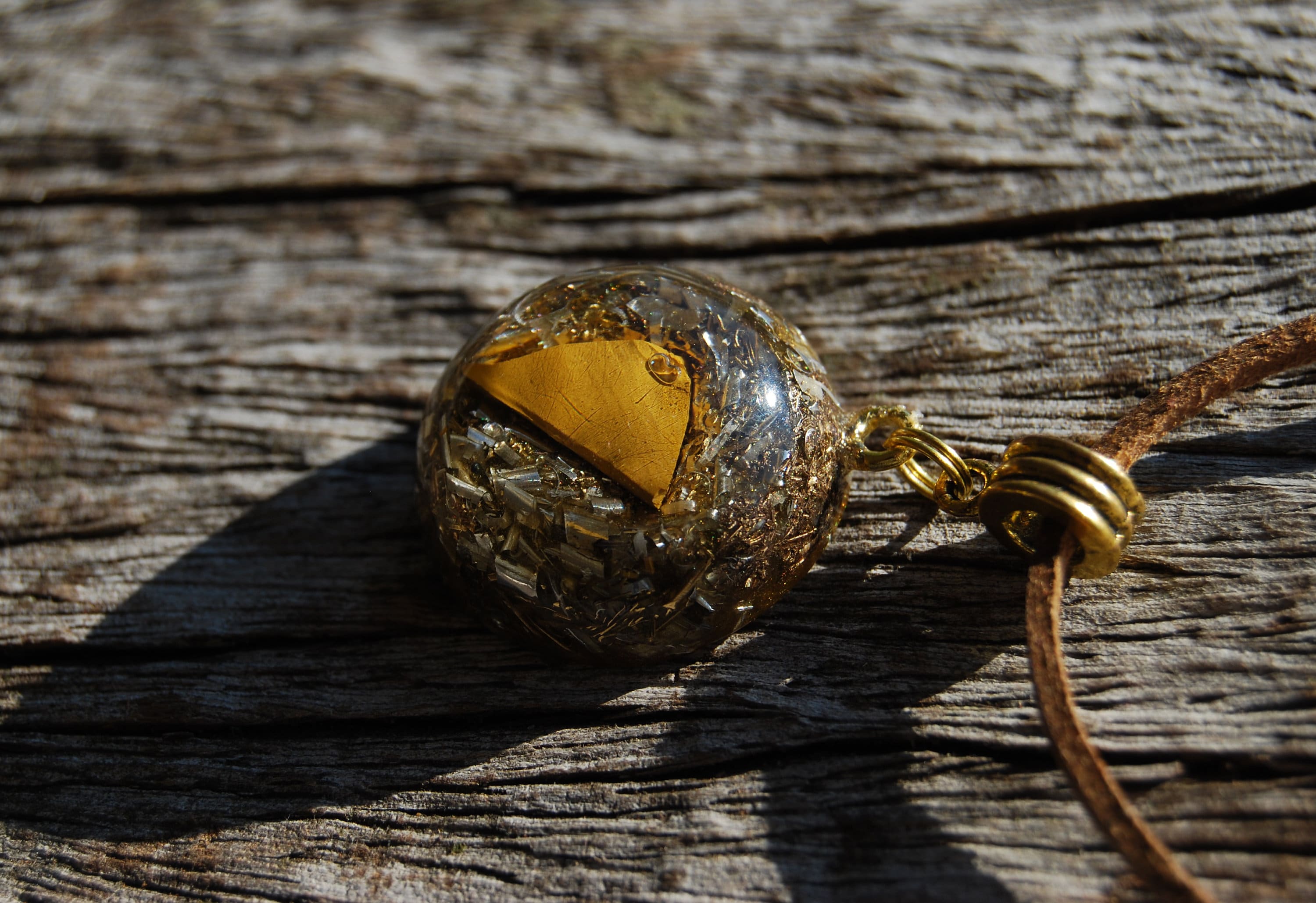 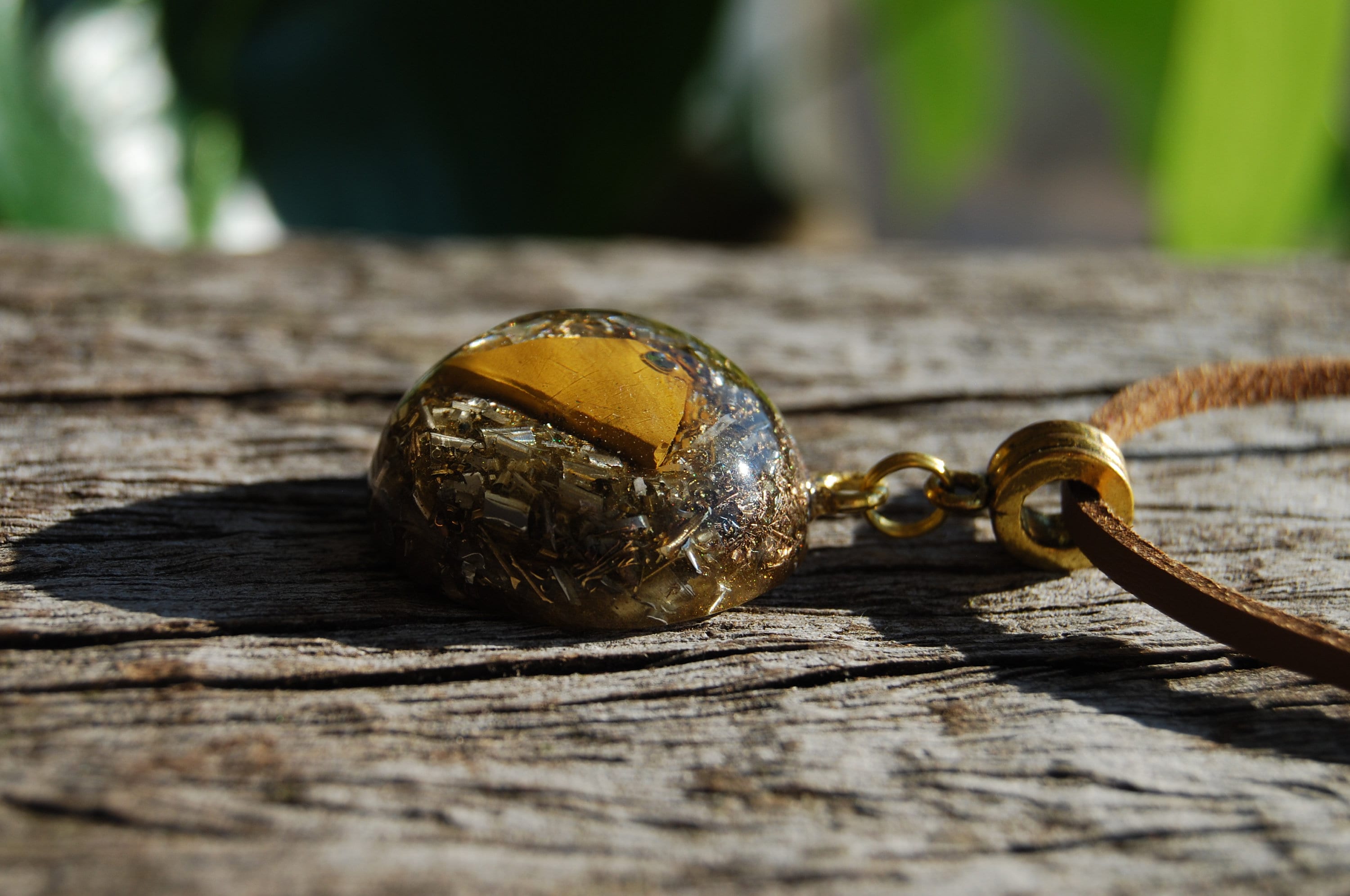 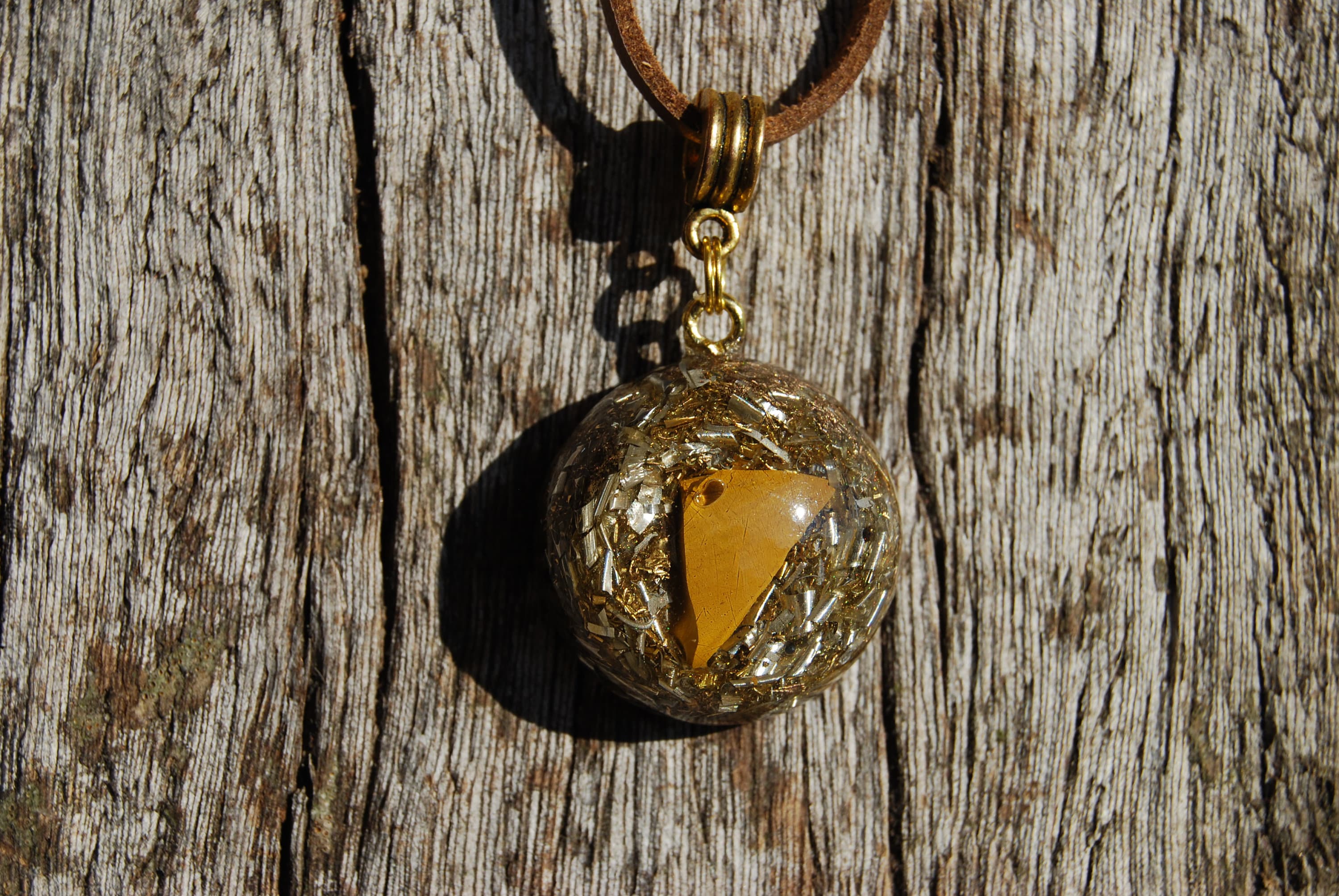 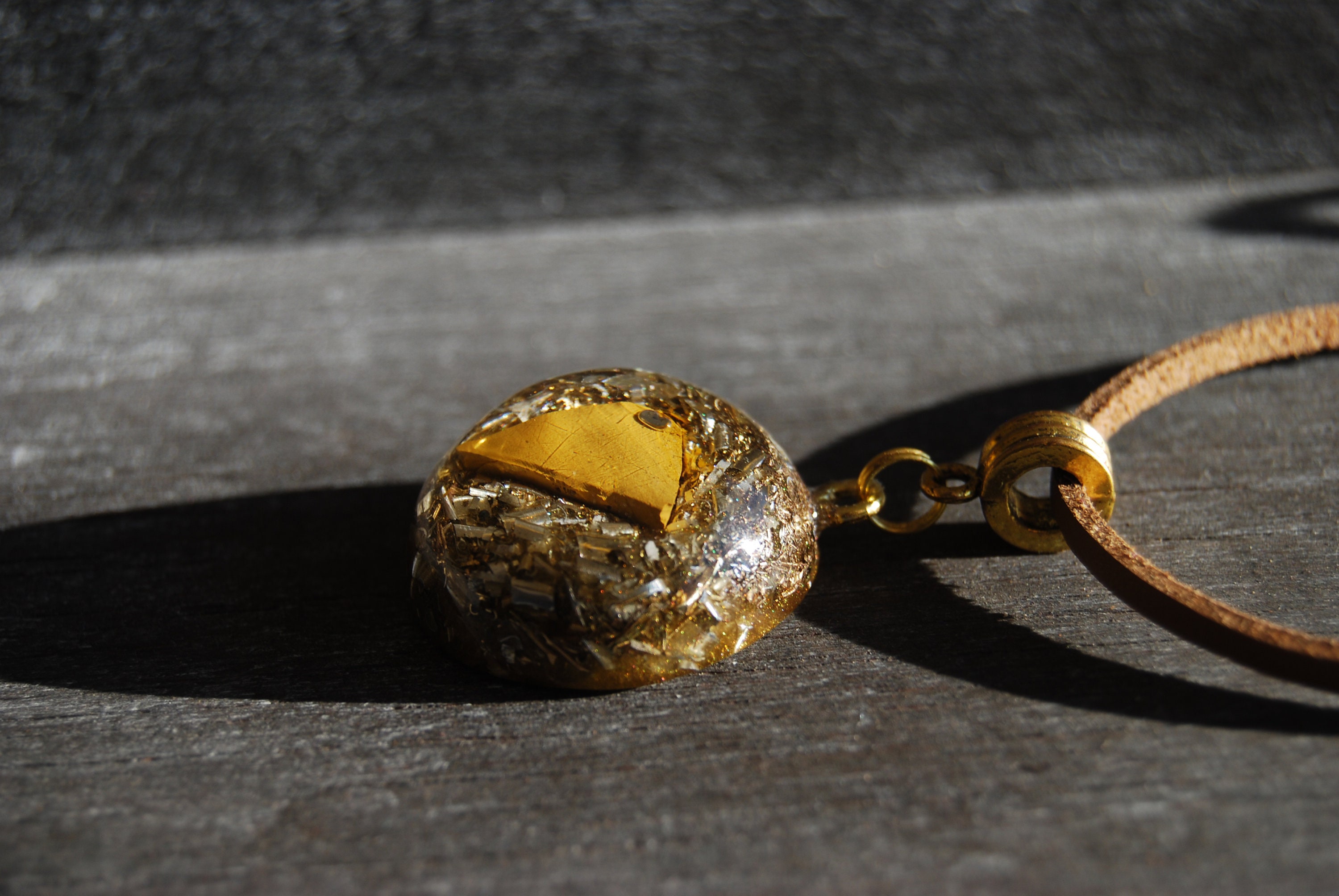 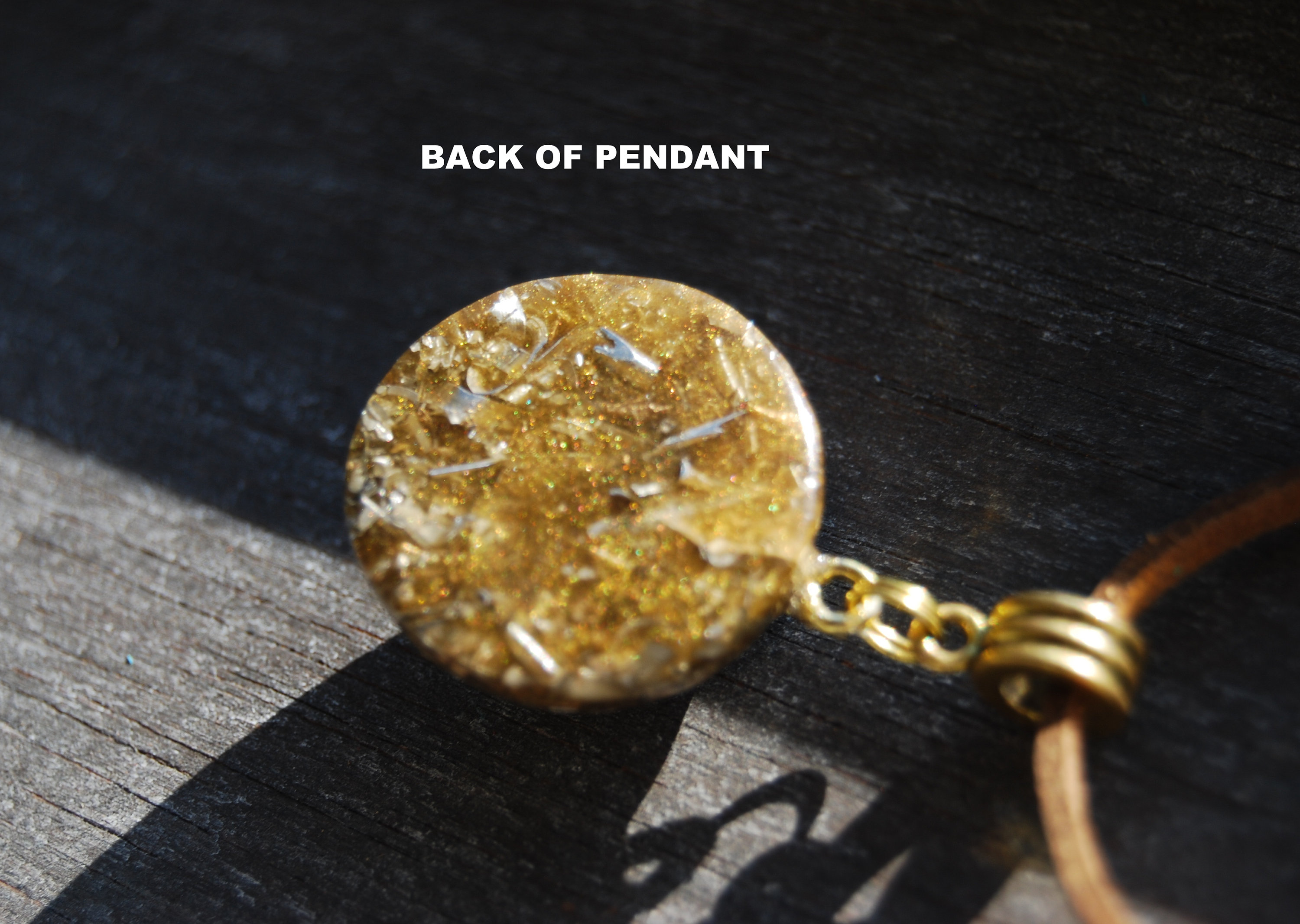 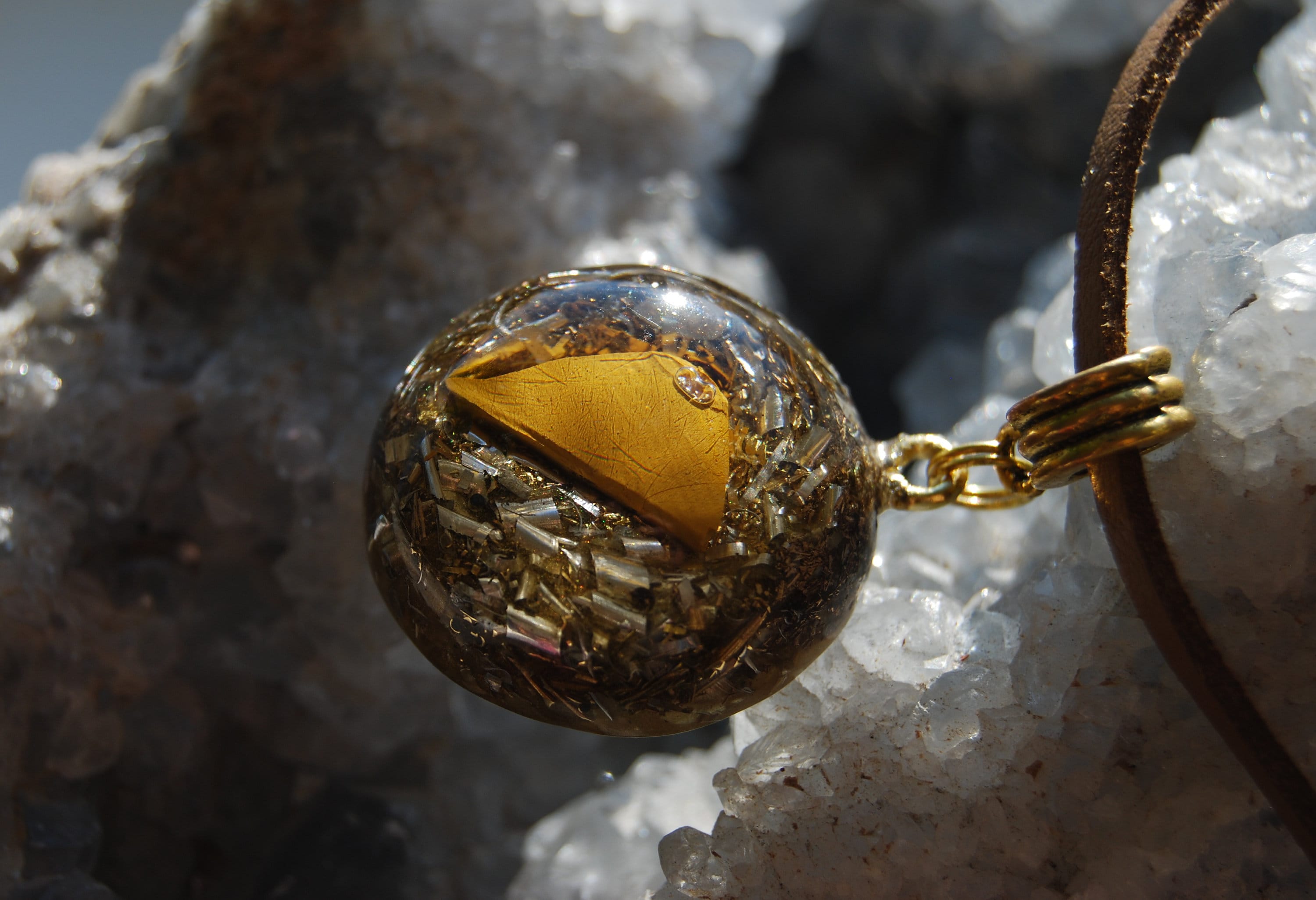 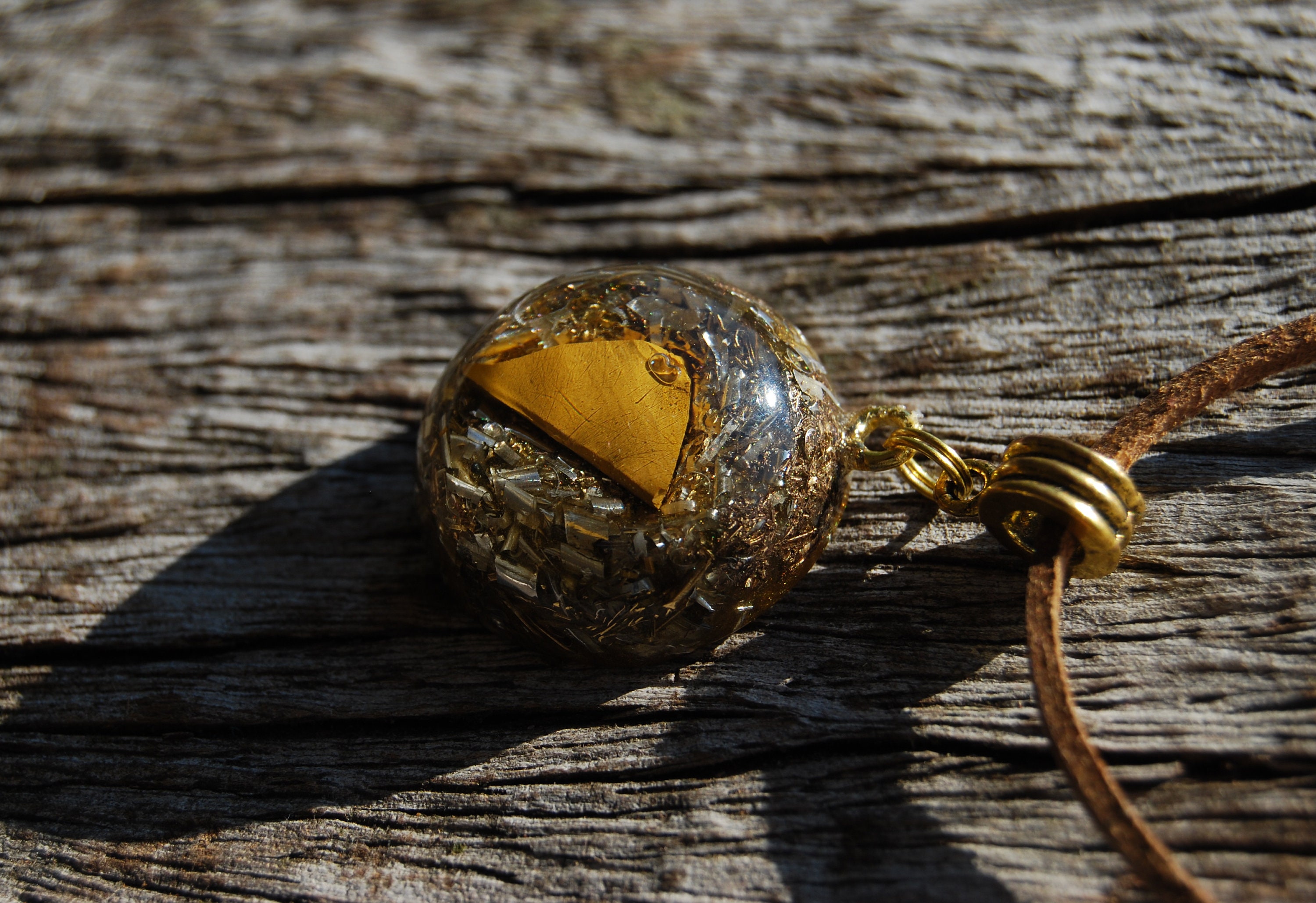 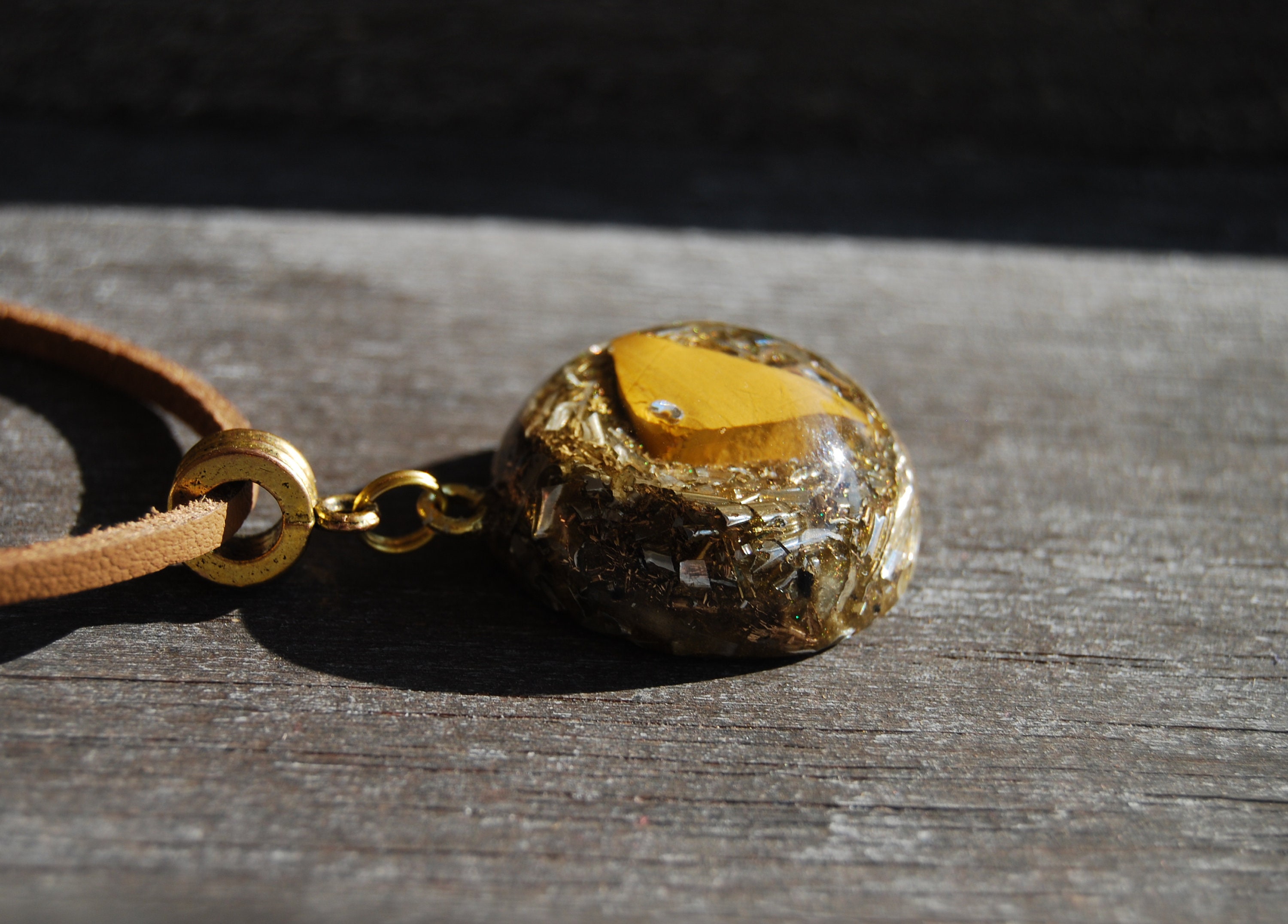 This lovely 2.7 cm / 1.1" in diameter pendant consists of lots of brass, aluminum, bronze and copper shavings. The main stone is a yellow Jasper which you can see in the front. It futhermore consists of Rose Quartz (self - love), Pyrite (to enhance), Shungite, black Tourmaline (to protect and ground excess energy) ,Rhodizite (to enhance) and clear quartz (for piezo-electric effect) all within a durable resin setting.

It is based on 50/50 ratio (50% metal/50% resin) which is required for the orgone device to properly work according to William Reich's research.

Selenite is particularly effective in stabilizing the emotional body and bringing erratic emotions under calm control.

My order arrived fast and in very good shape. The orgonite is so beautiful that even my husband was enthusiastic about it :) thank you for the unexpected present.