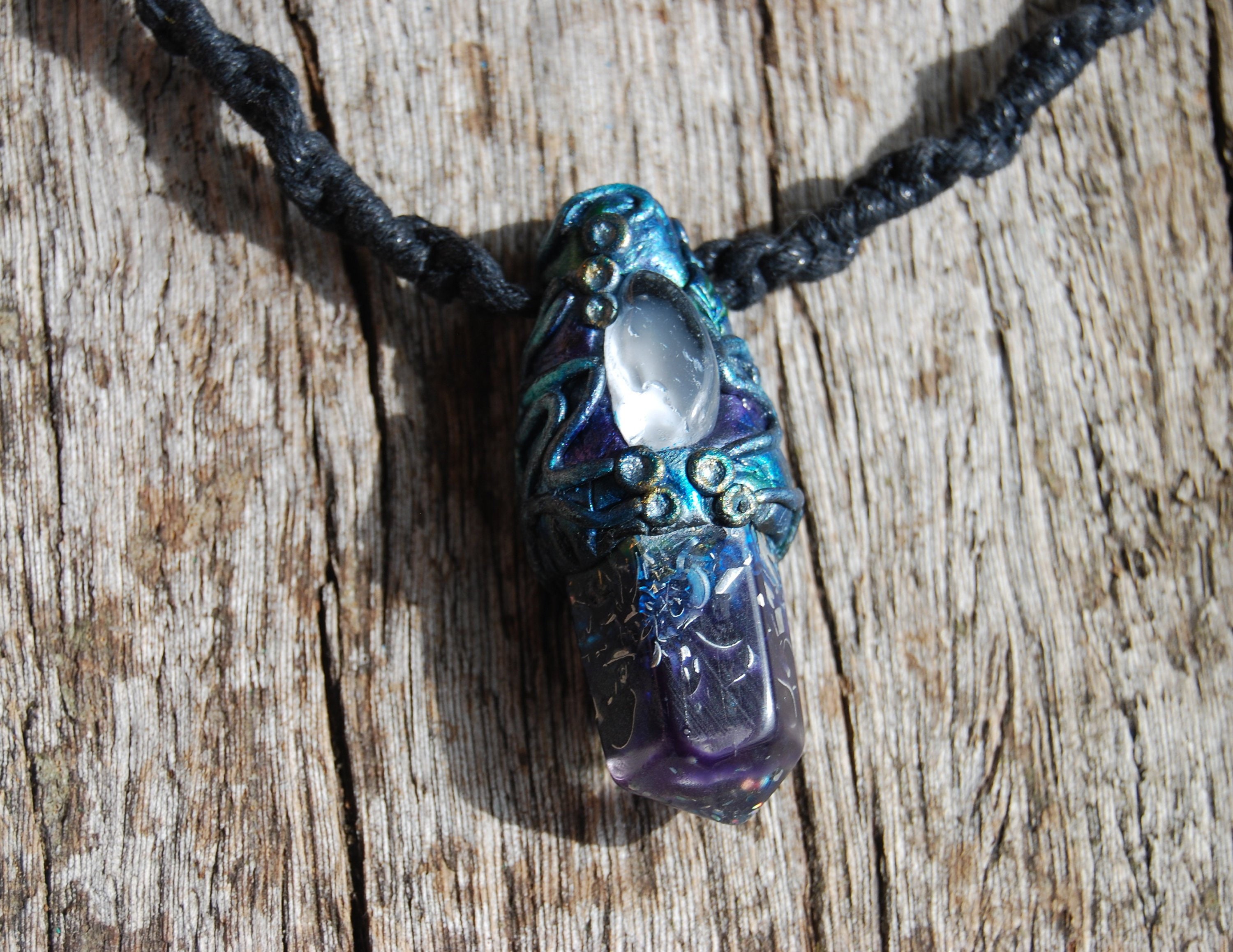 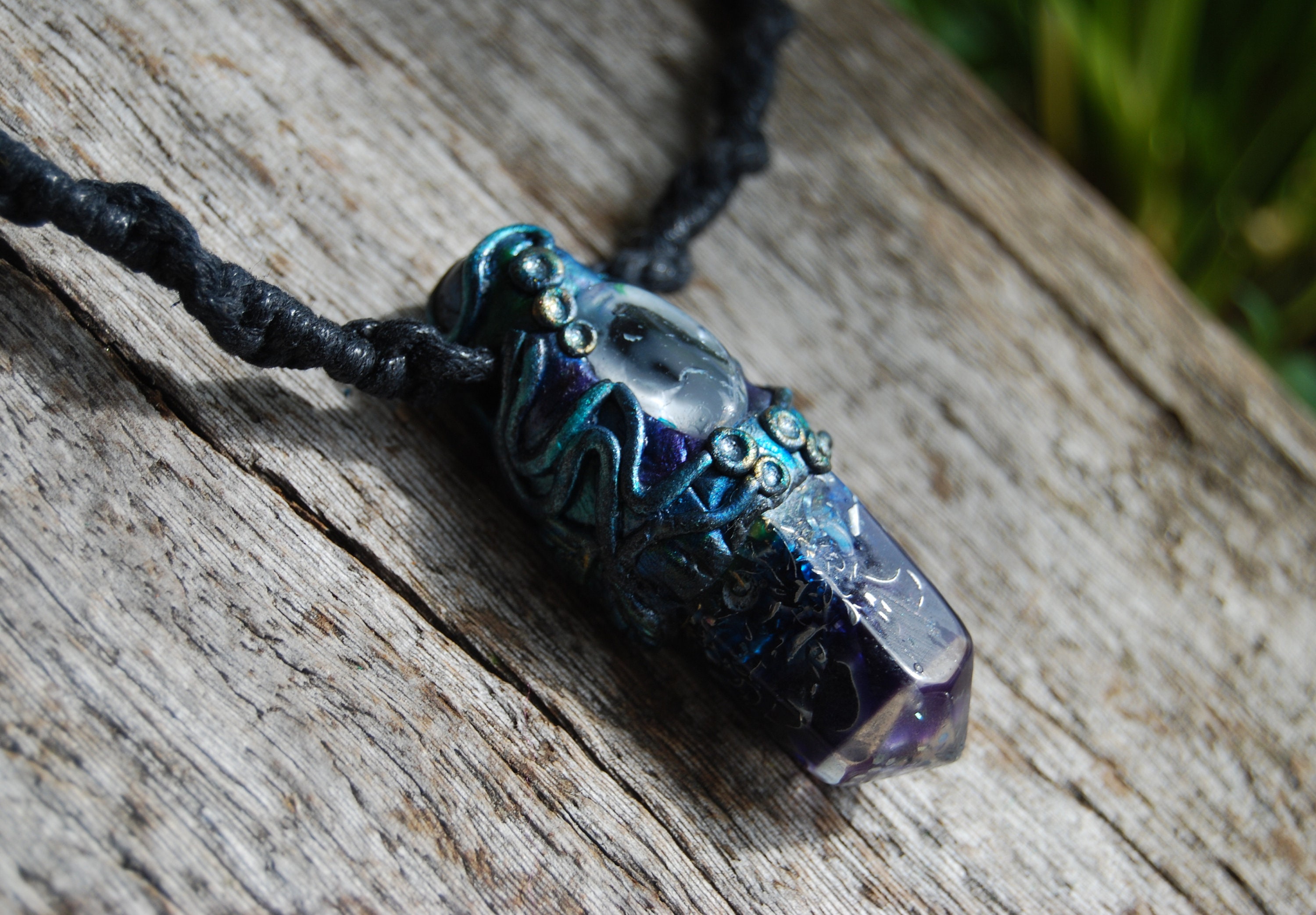 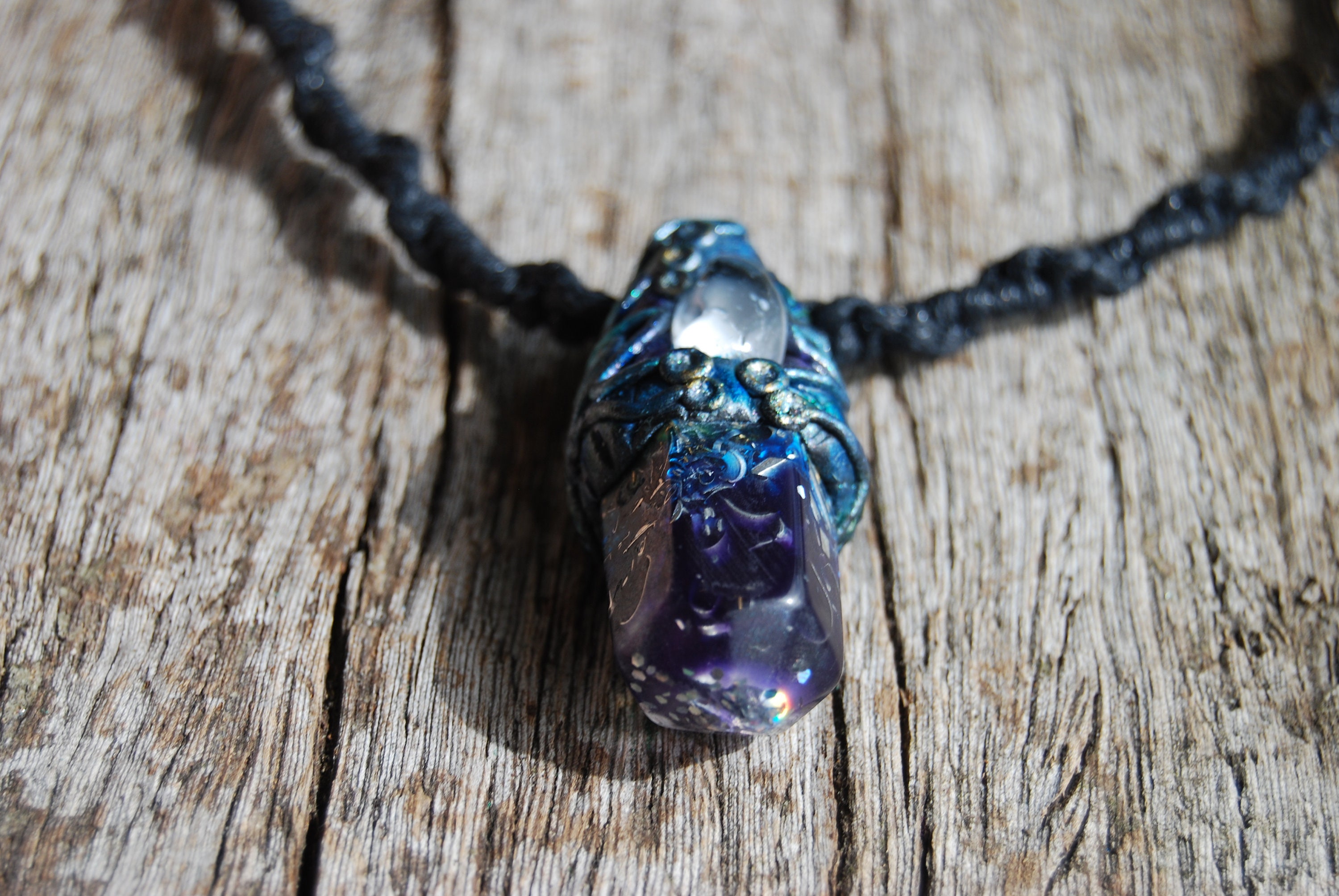 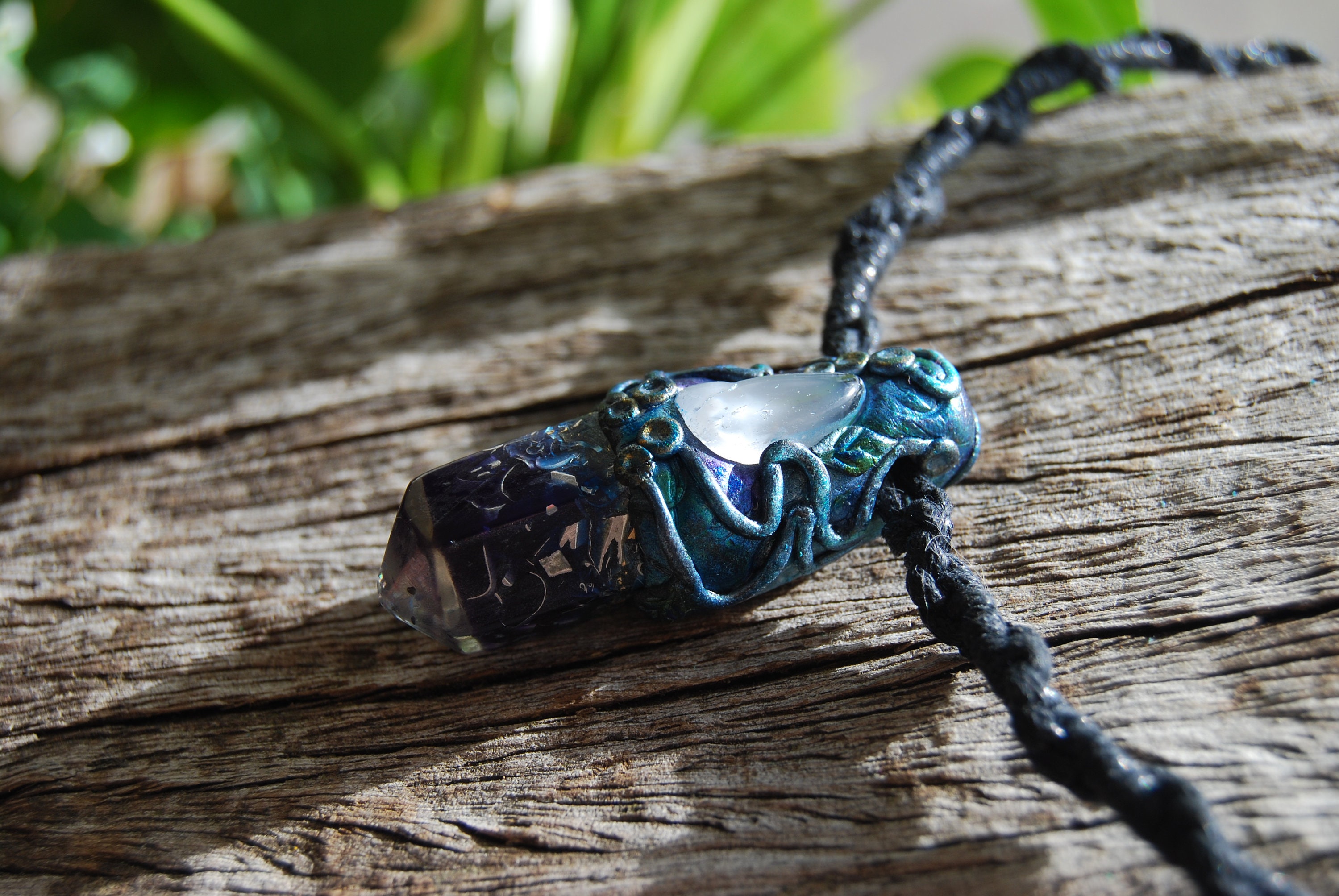 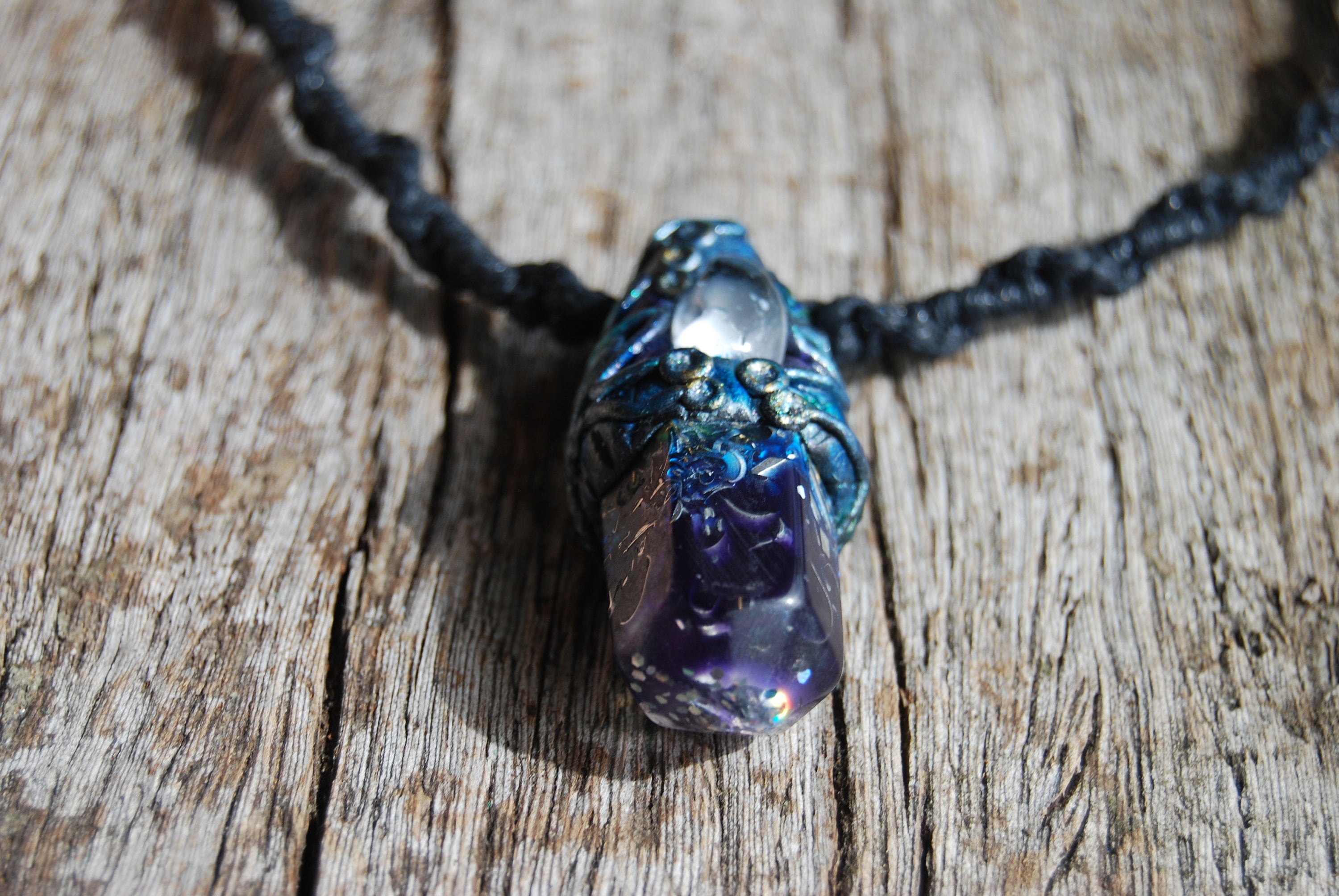 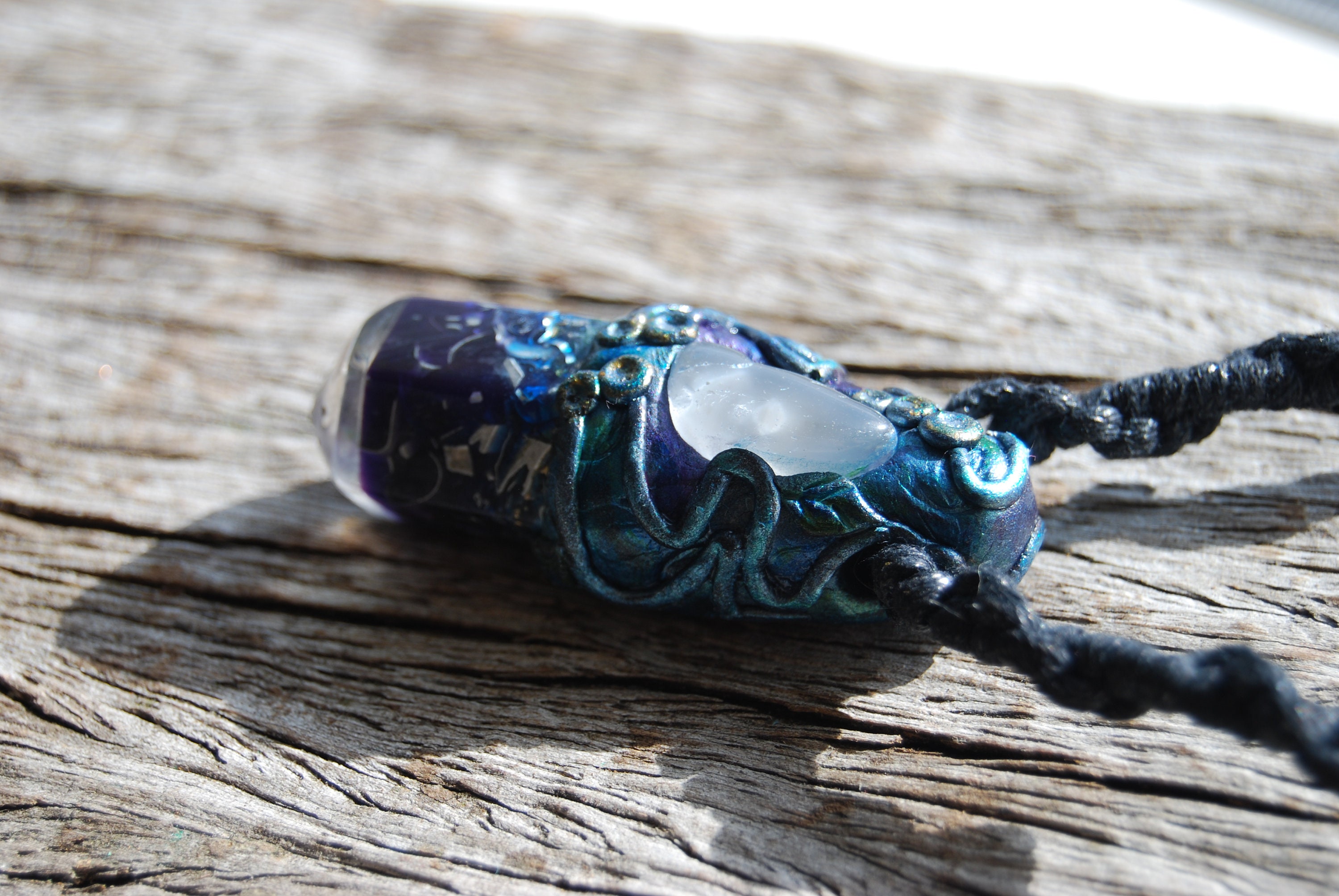 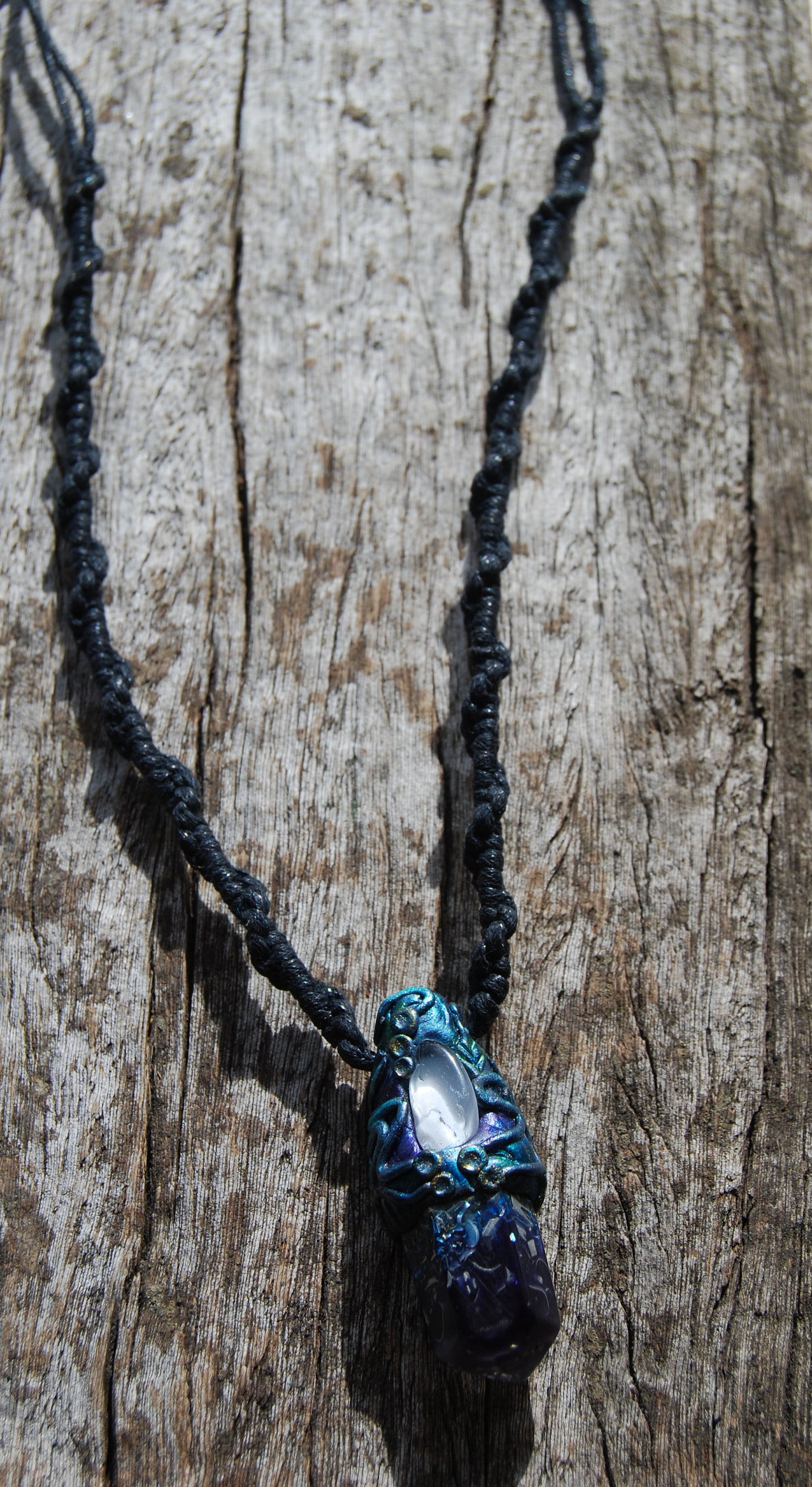 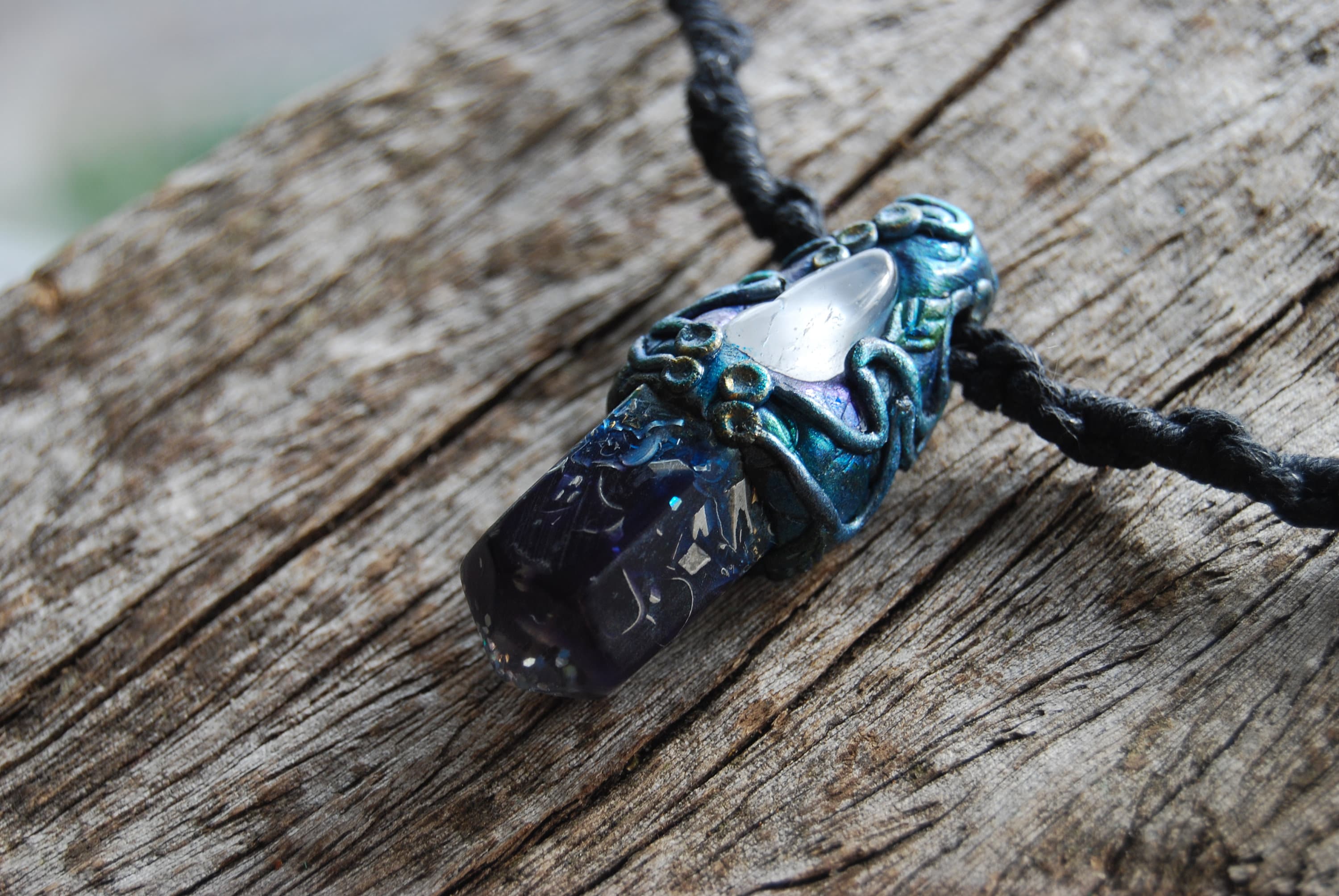 This lovely pendant is definately unique because the orgonite® crystal is based on a real natural terminated quartz crystal and consists of out of lots of brass, aluminium, iron and copper shavings which is neccessary to clean stagnant energy (according to Wilhelm Reich's research). It also contains Pyrite (to enhance the overall power), black Tourmaline (to protect and ground excess energy) ,Rhodizite (to amplify the other crystals), Selenite (to clean and charge the other crystals) and one clear quartz (for piezo-electric effect) all within a durable resin setting.

The handsculpted clay setting I also did myself. The clay is very strong epoxy clay which is almost unbreakable but I recommend taking it off while showering or having a bath to extend the lifetime of the colors. . It has a polished clear quartz in the top.


Tiger's eye gemstone in general is a stone of physical manifestation and clarity. It combines the ability to manifest your will in the material world with the aid of earthy perception and practicality, with the self-confidence and positive energy of the sun. Clarity comes from the tiger's eye crystal's properties to unite perception and awareness into a coherent, streamlined whole.

It has been hand sanded through 13 sets of fine polishing paper so is shiney and silky smooth.

Because it is a one of a kind hand-crafted one, it may have slight artistic imperfections. It comes on a strong adjustable (up to 70 cm / 28 inches) partly macramé cord.