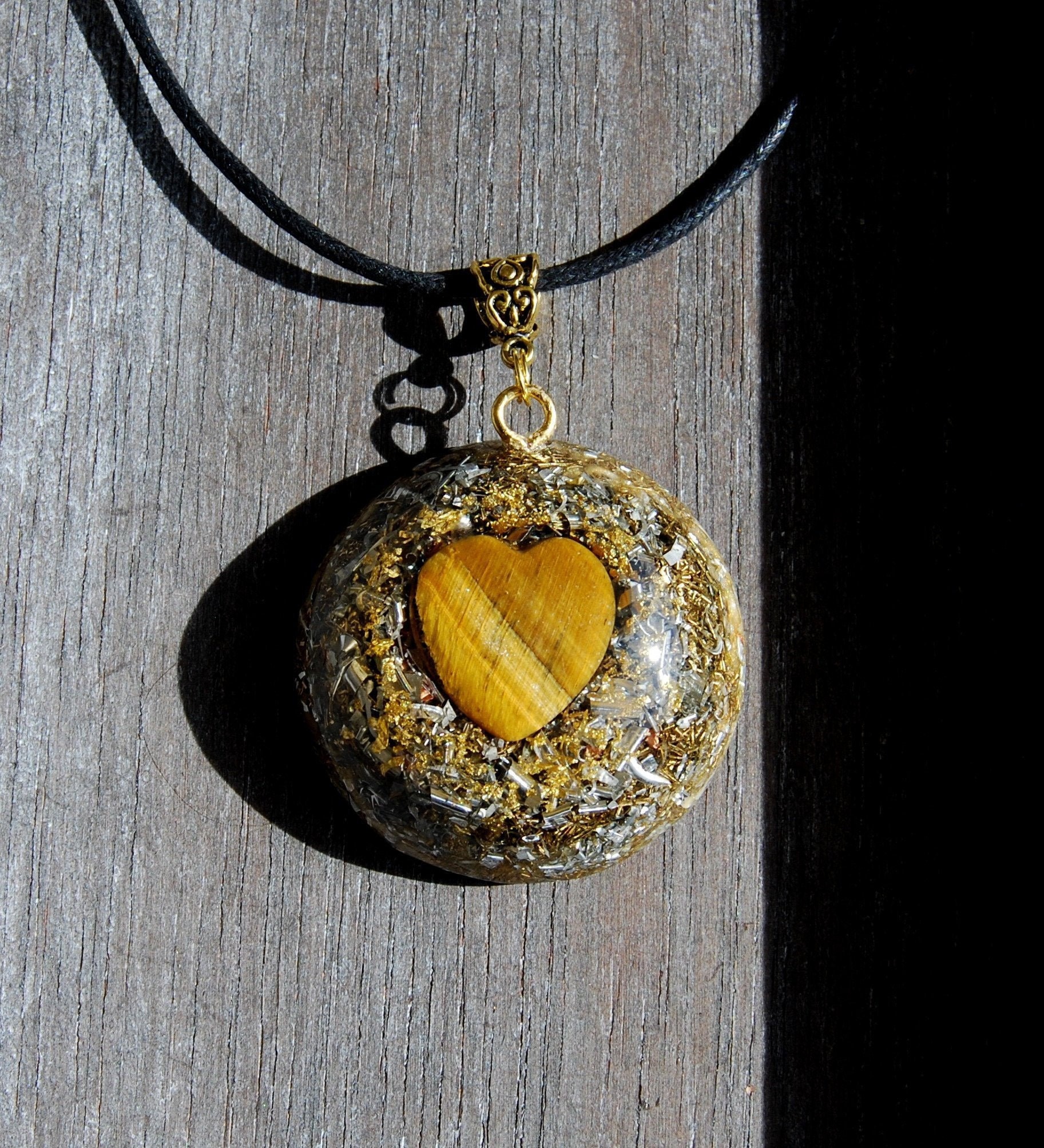 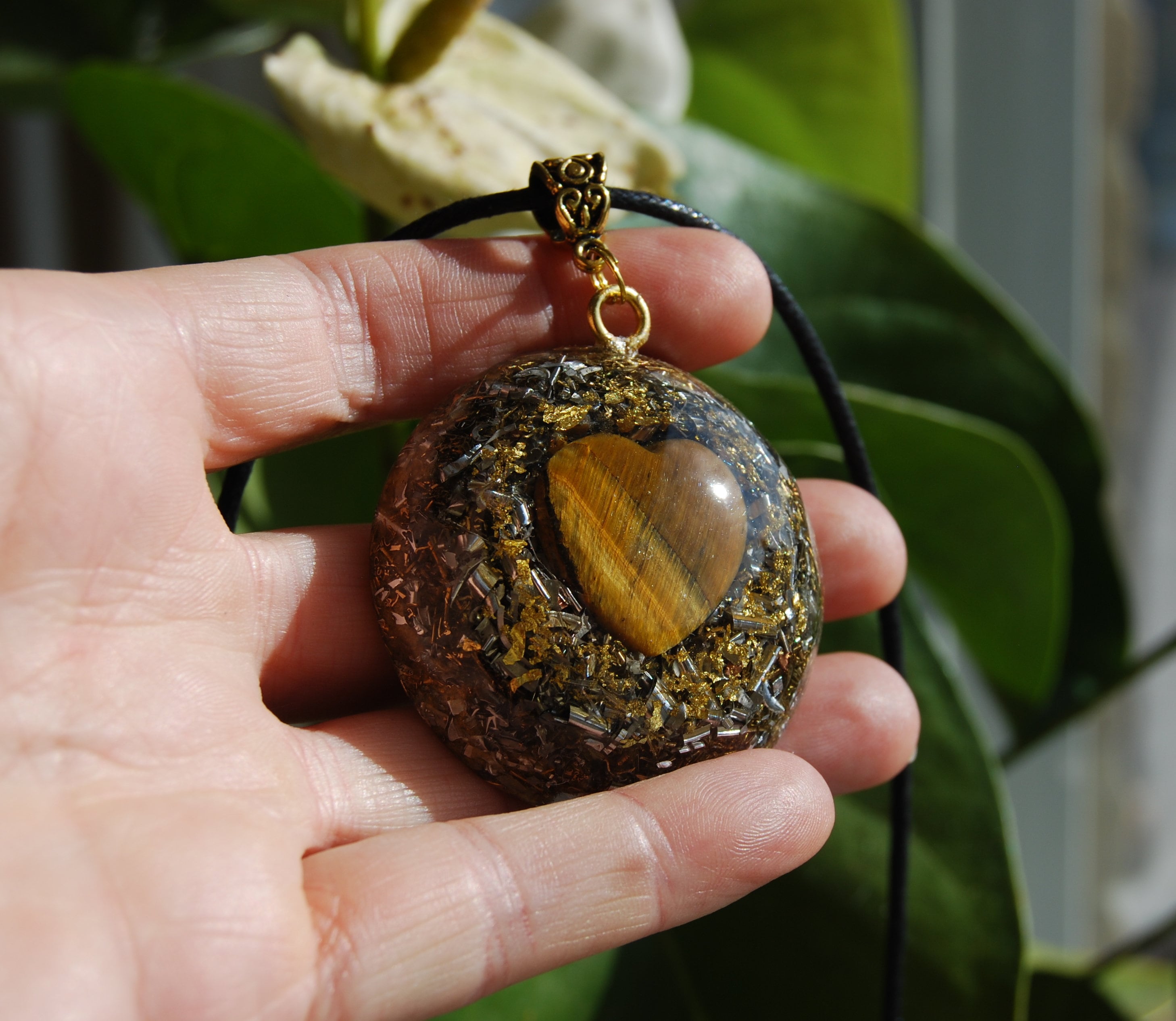 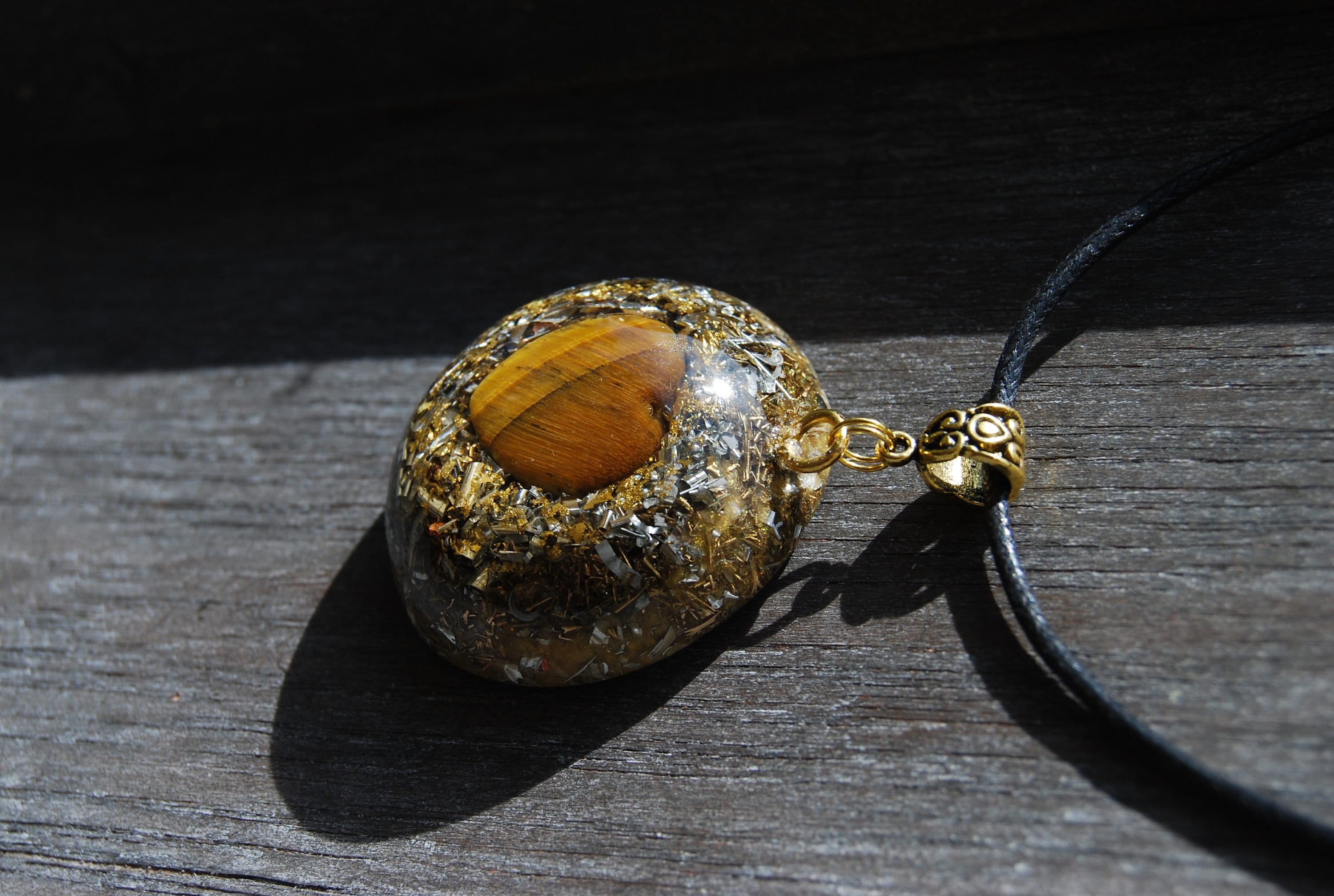 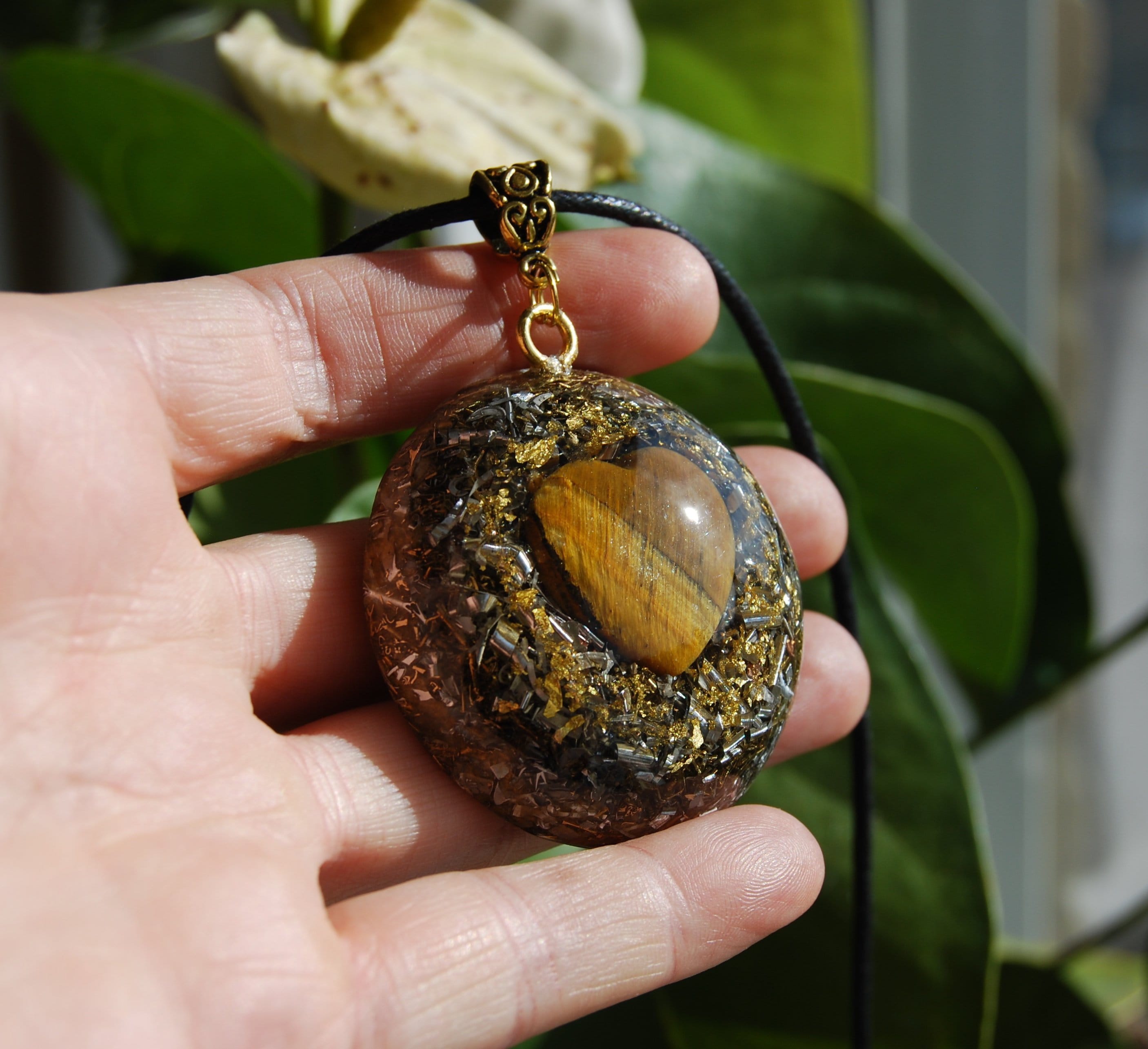 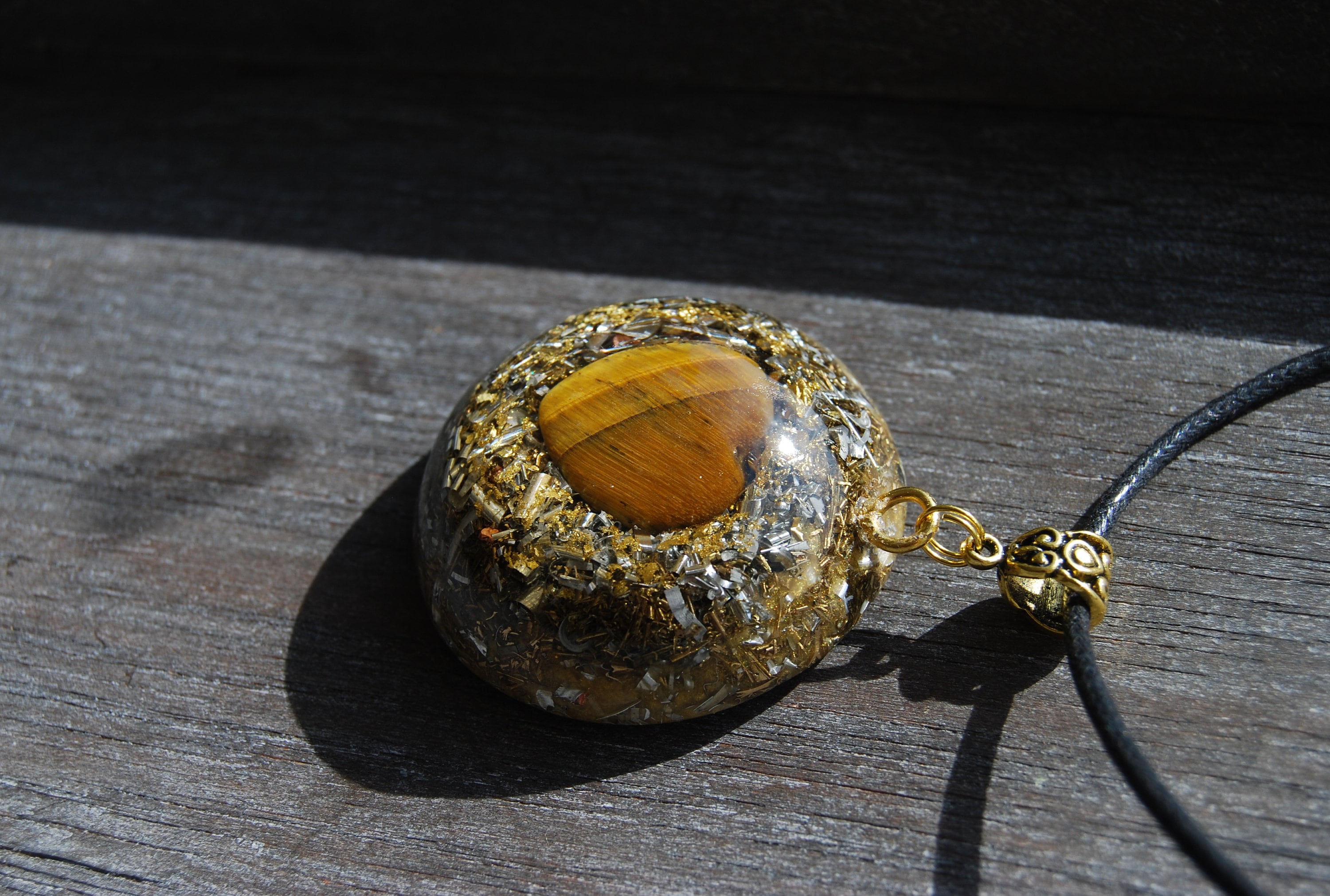 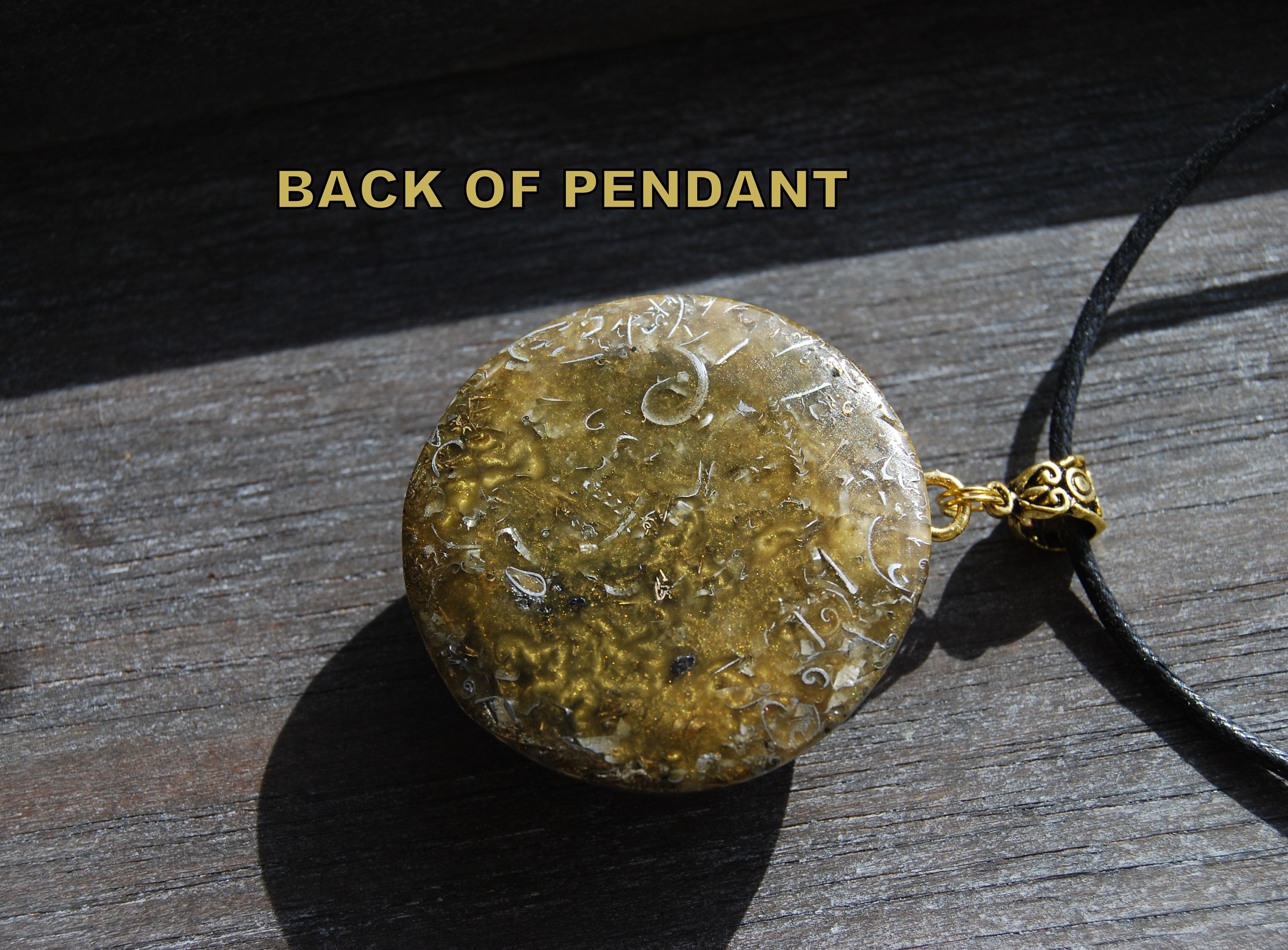 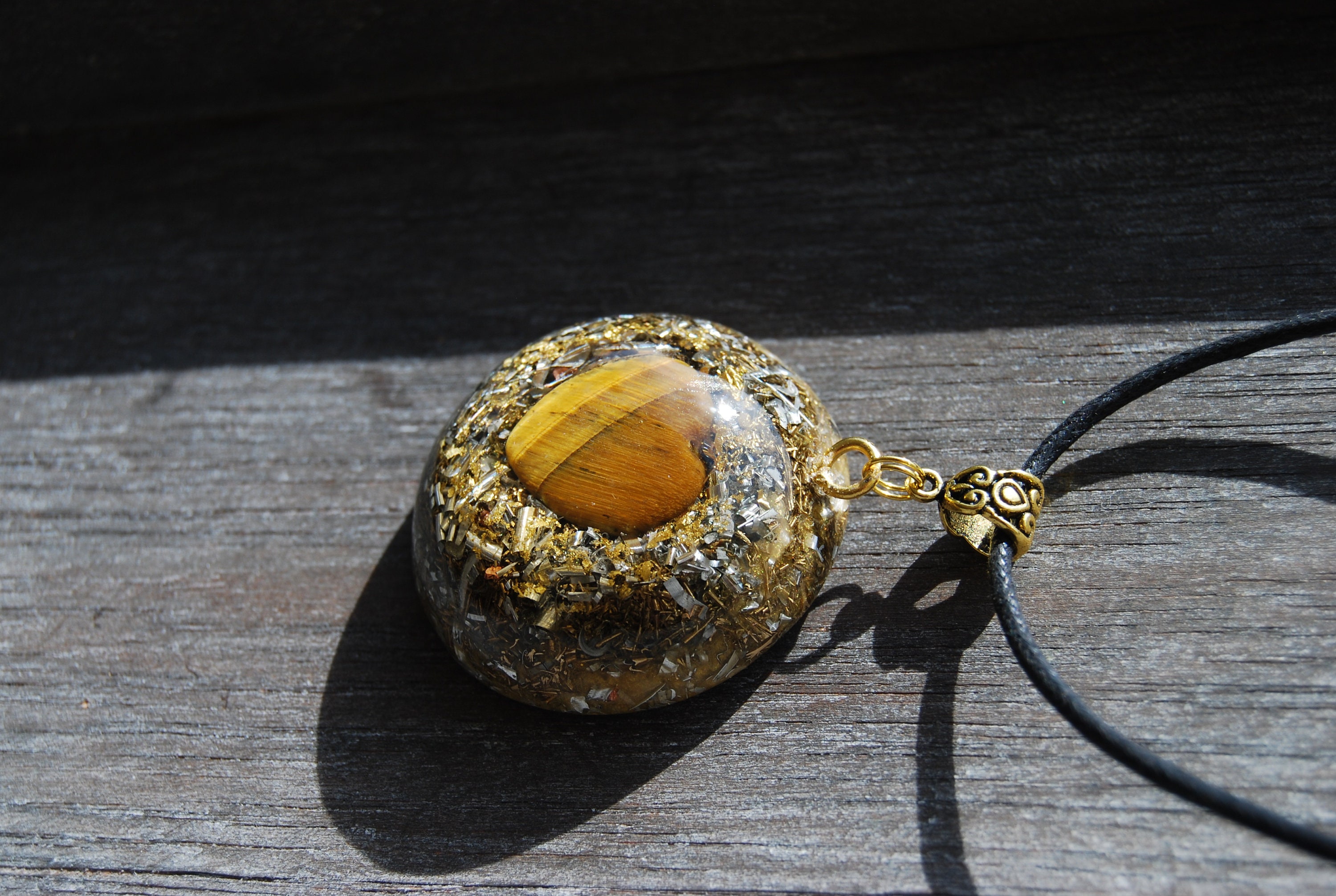 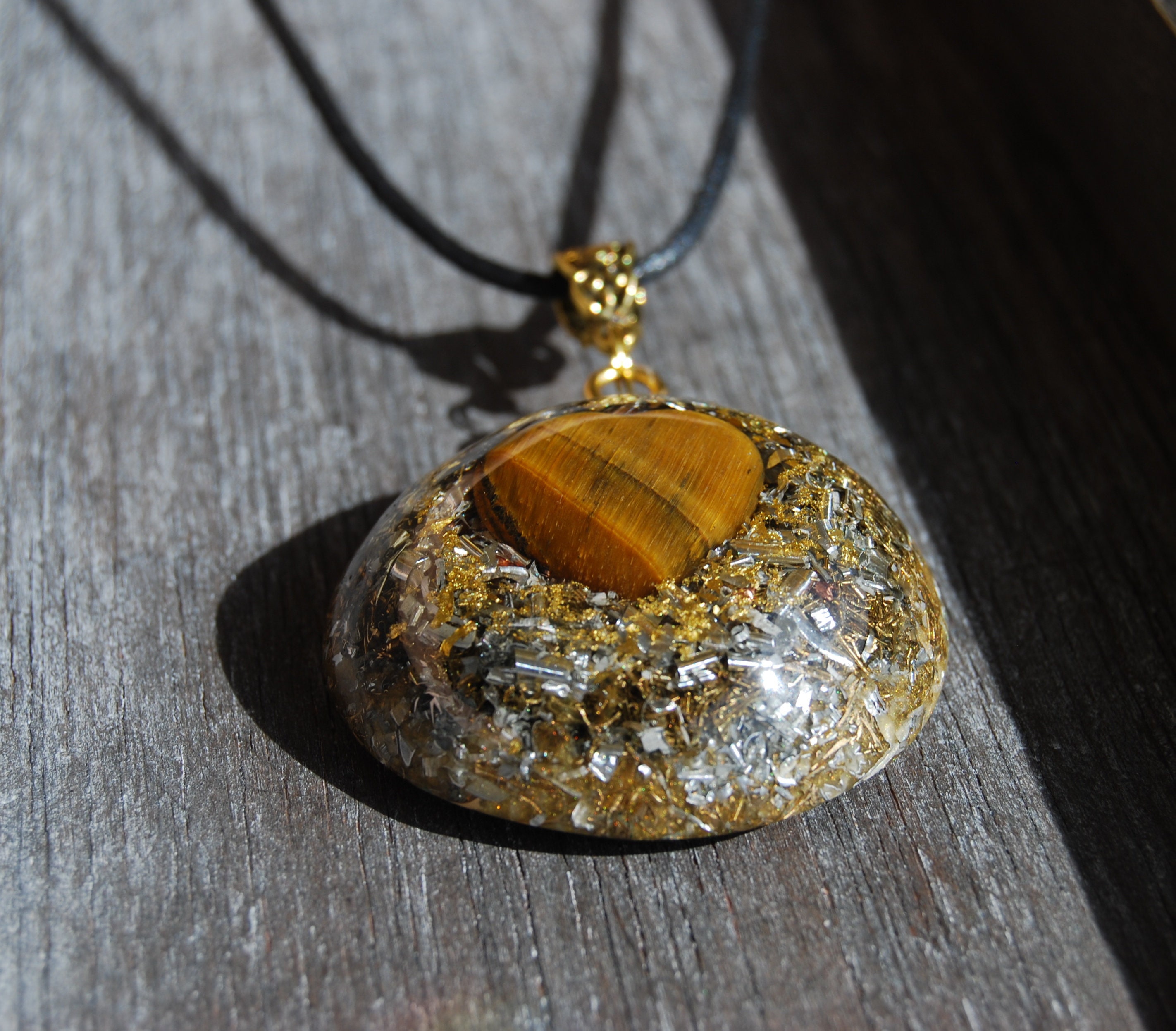 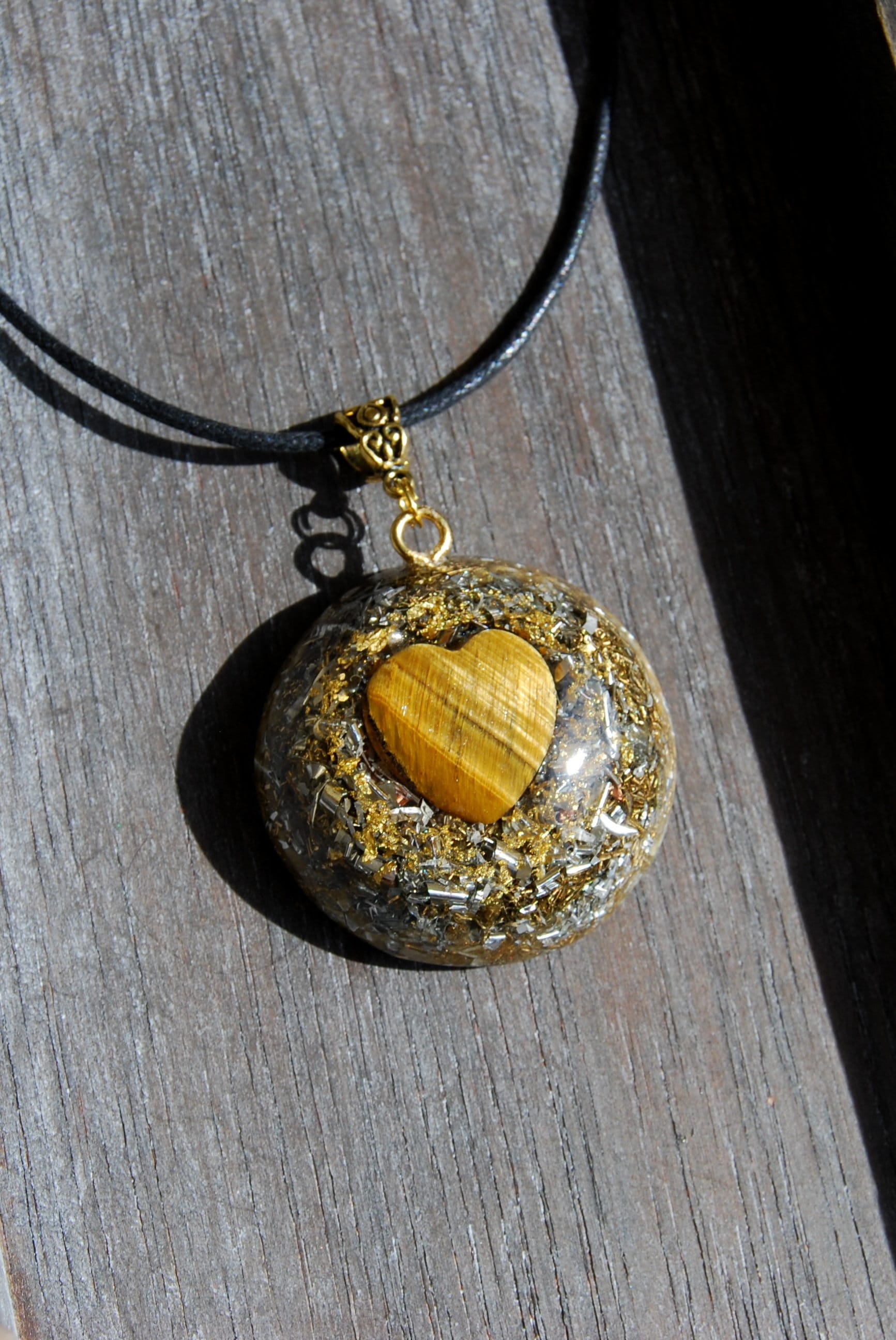 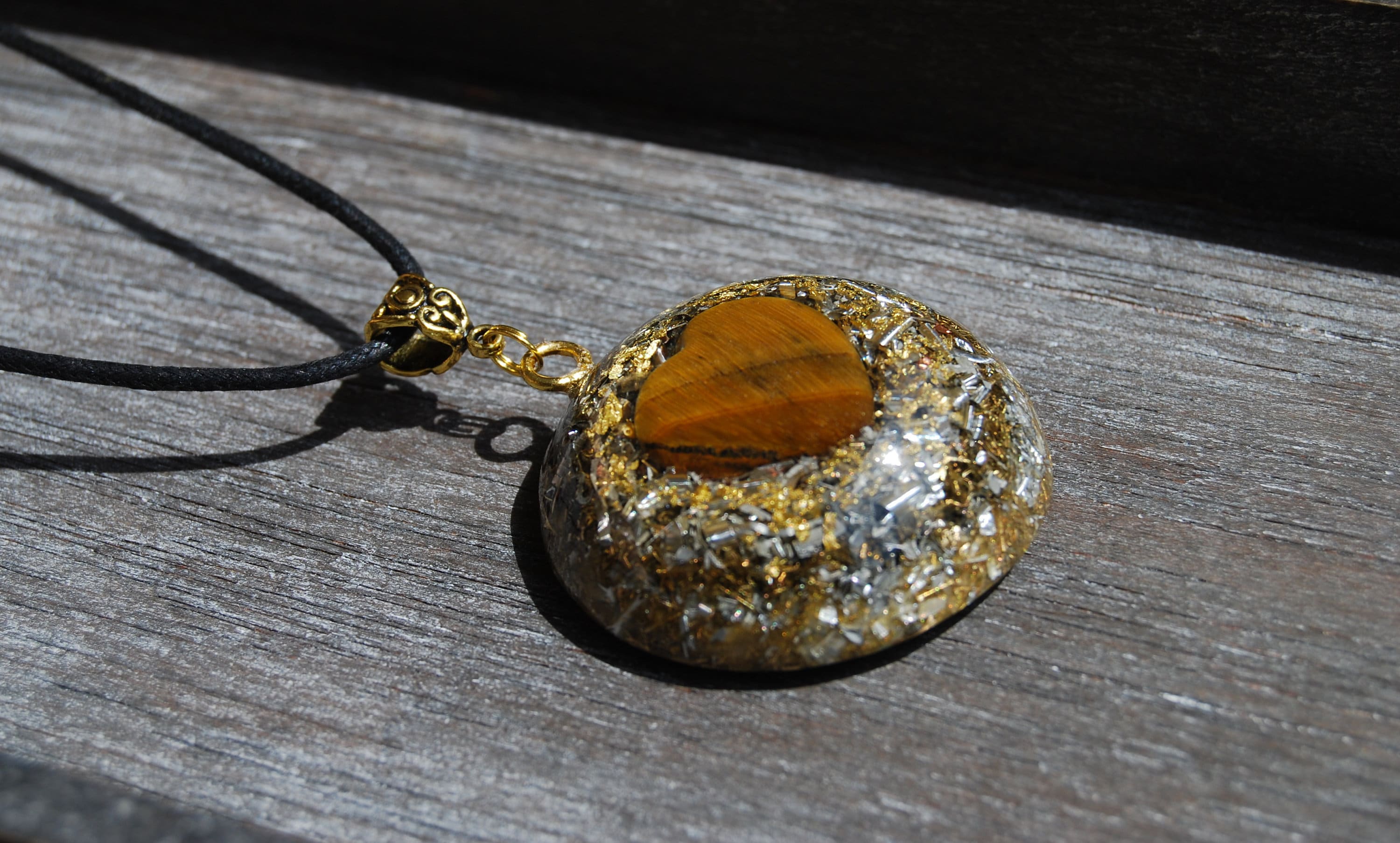 It comes on an adjustable leather cord.