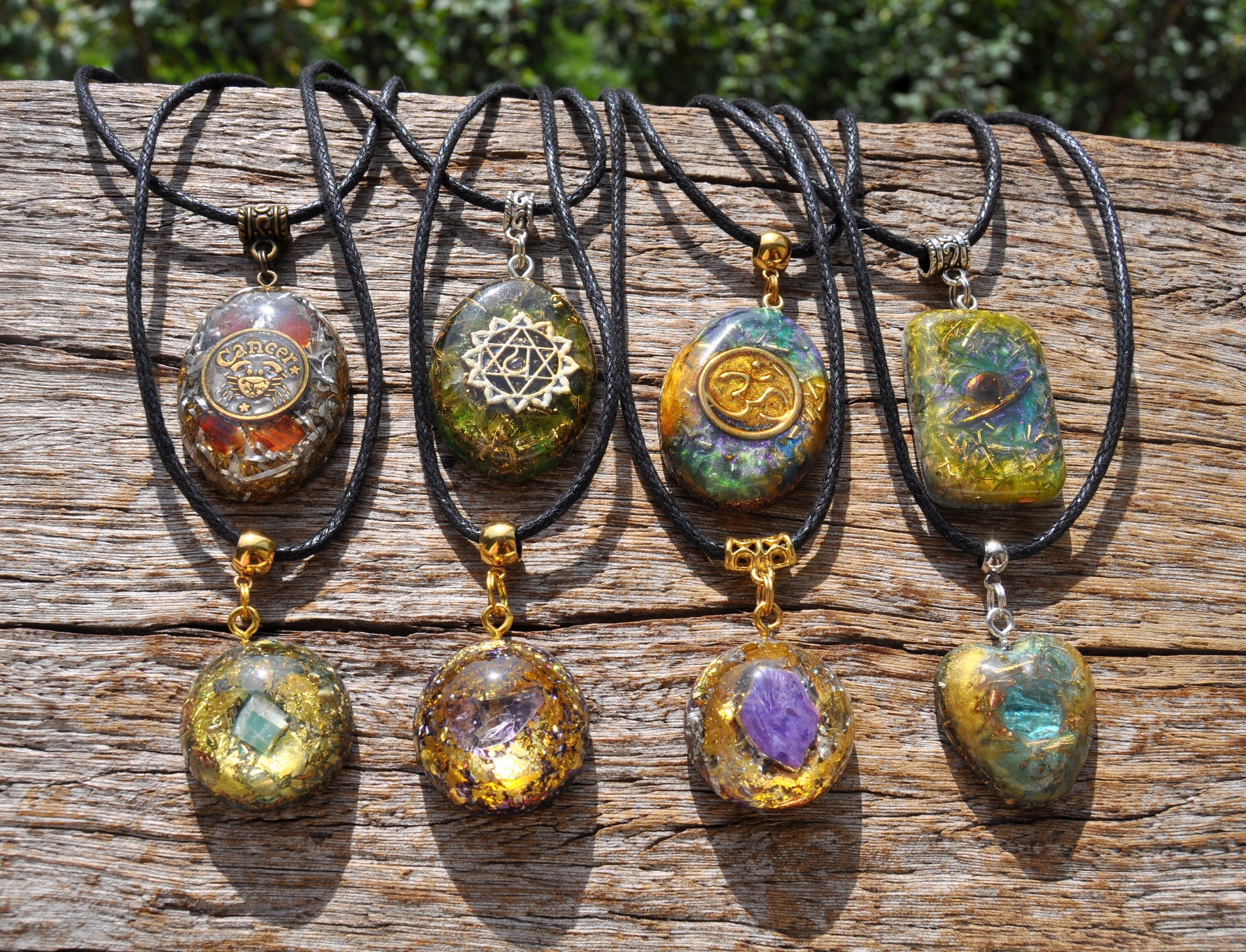 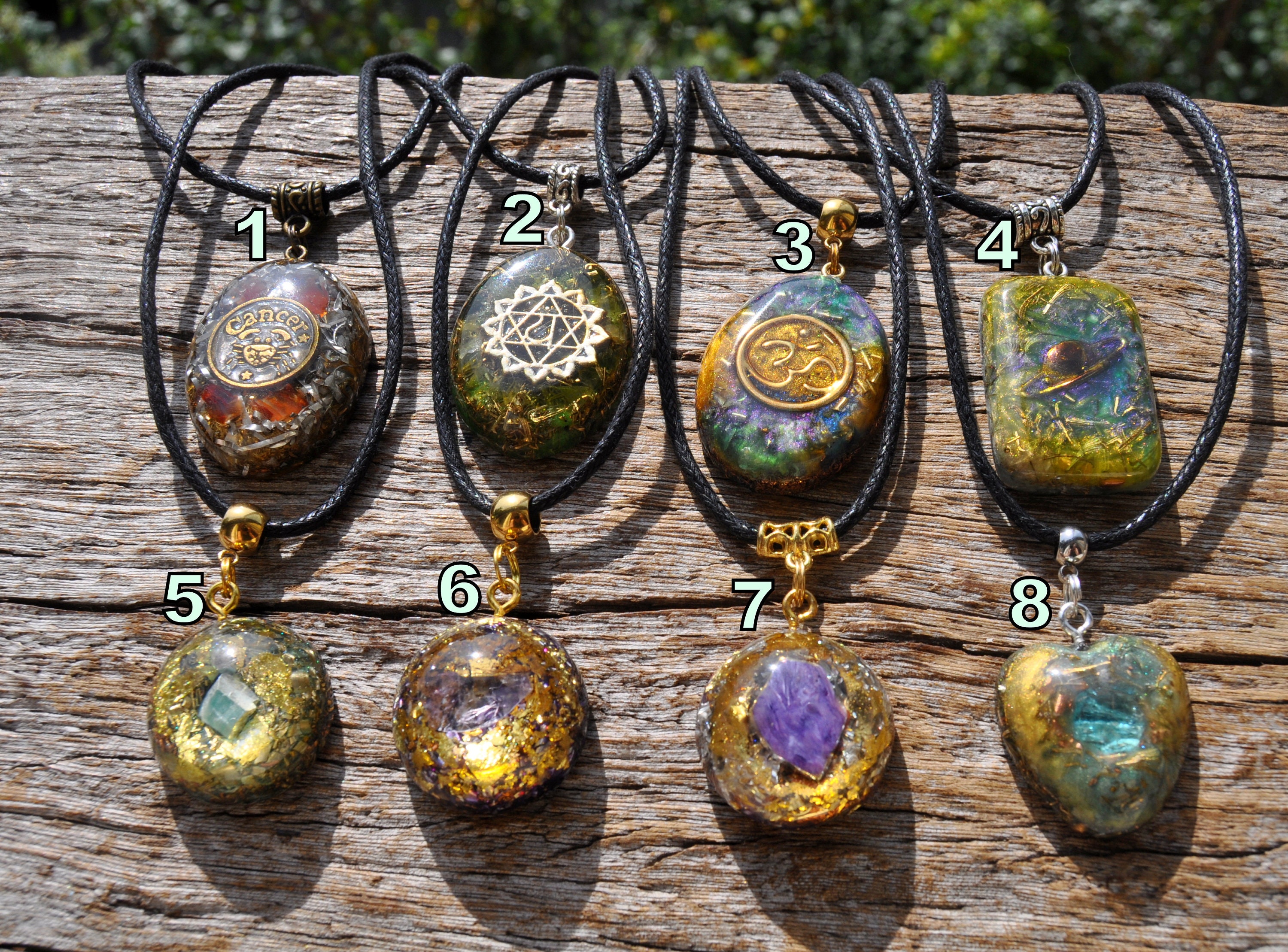 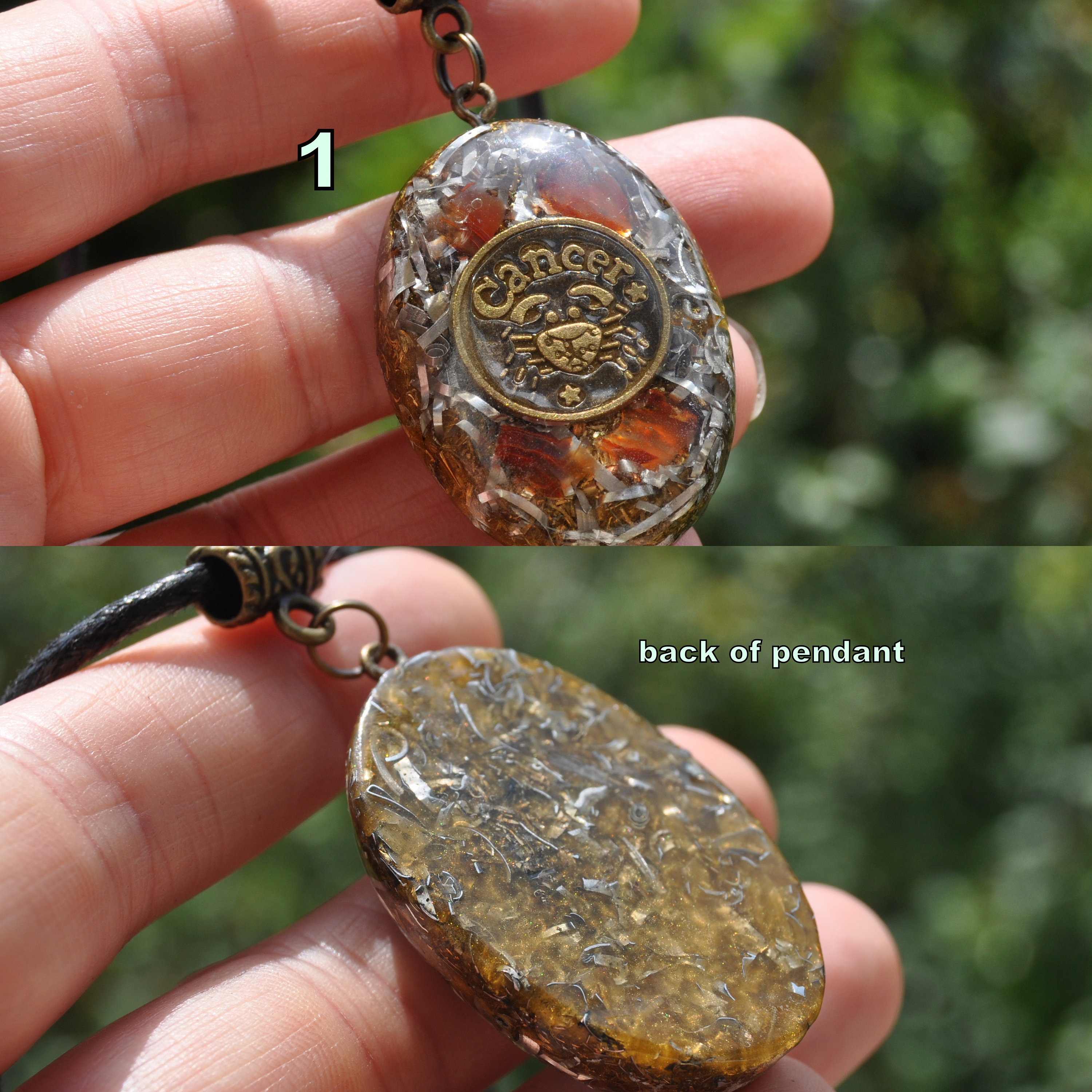 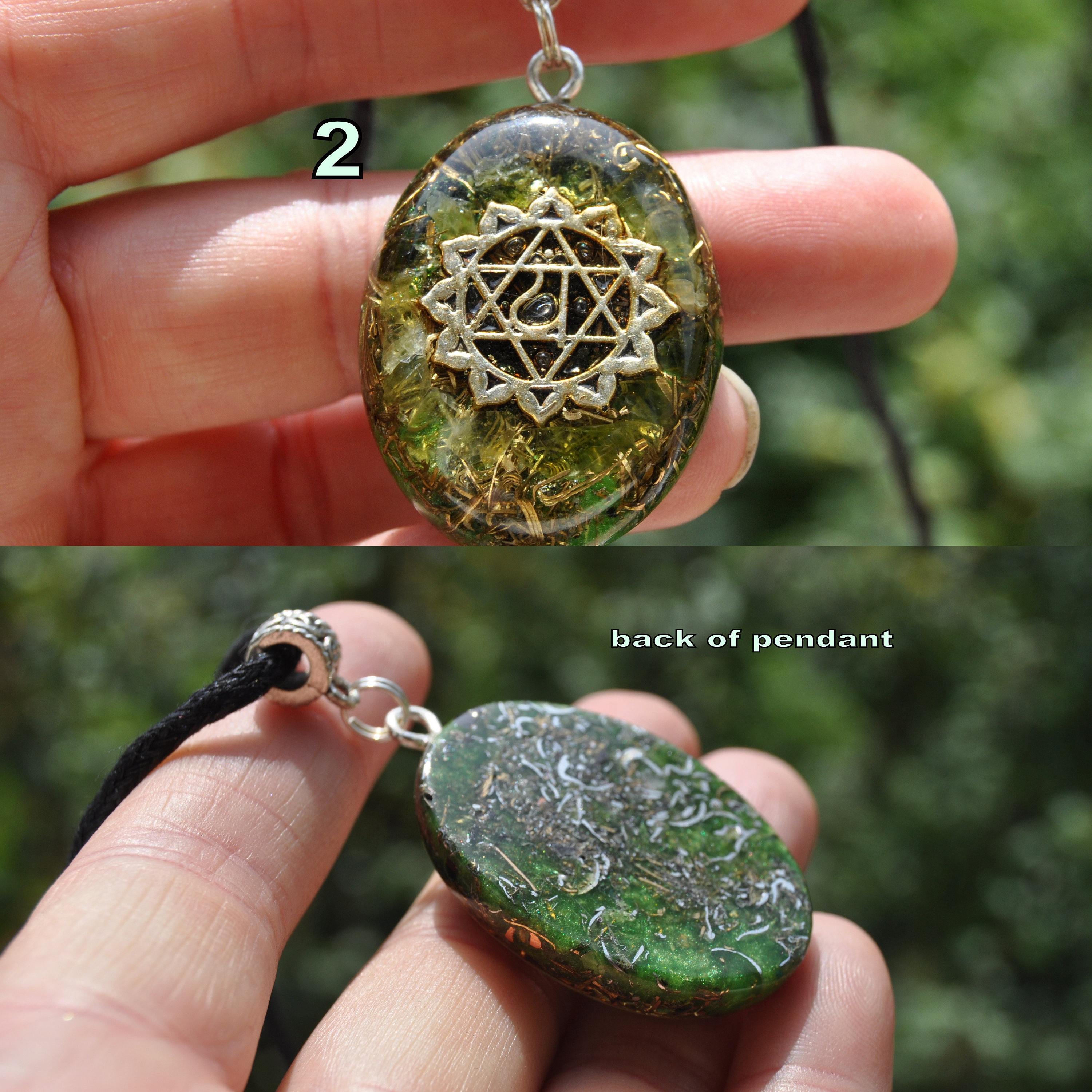 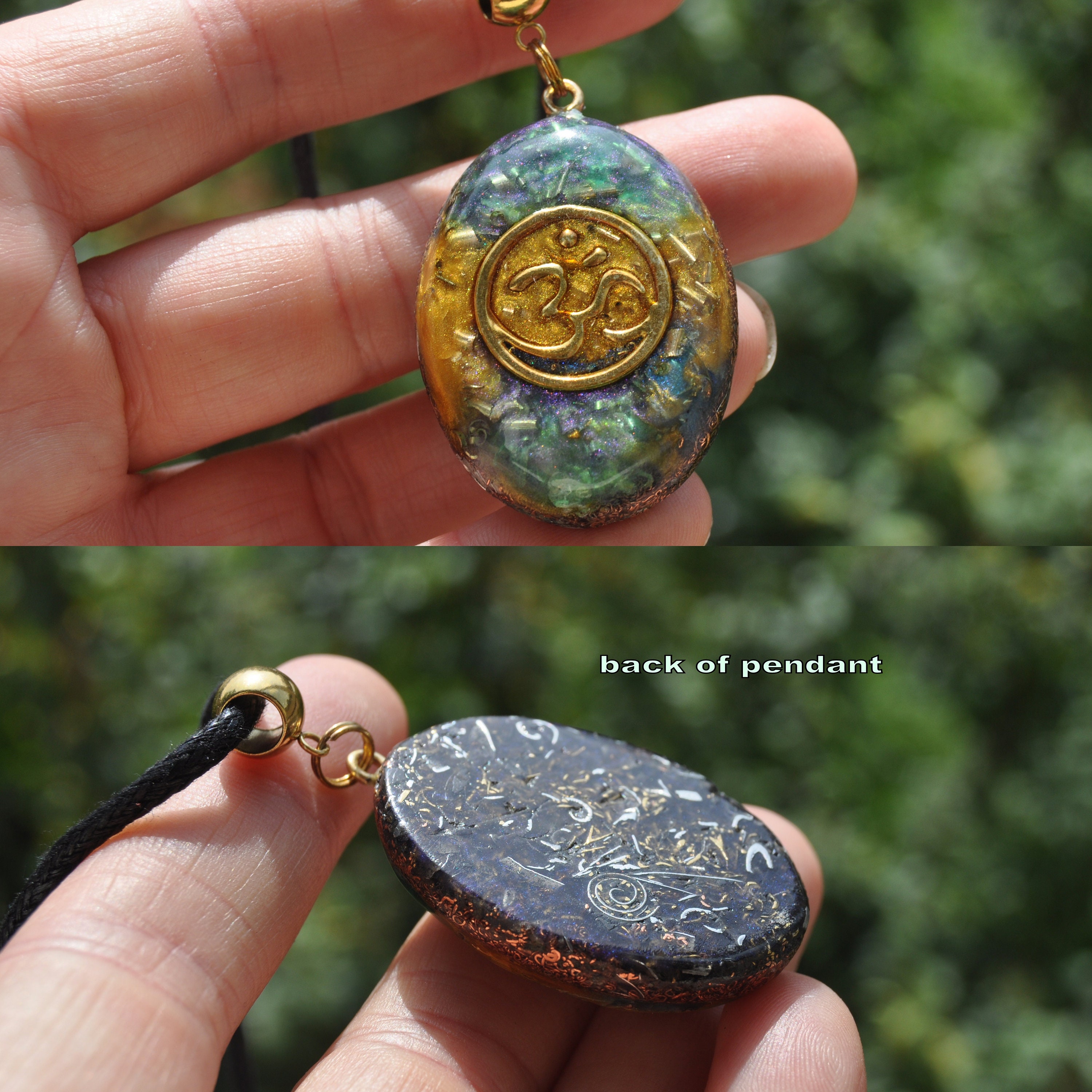 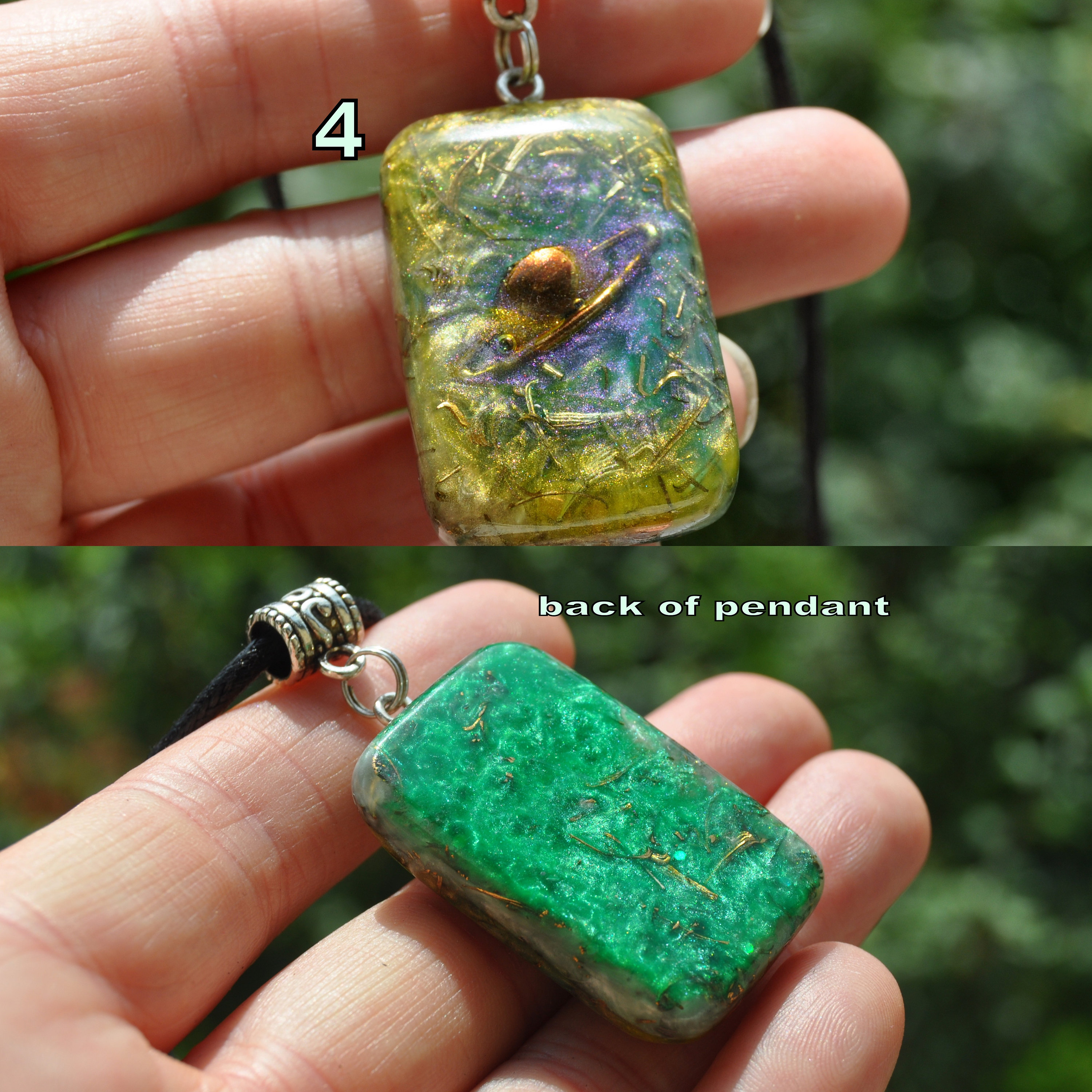 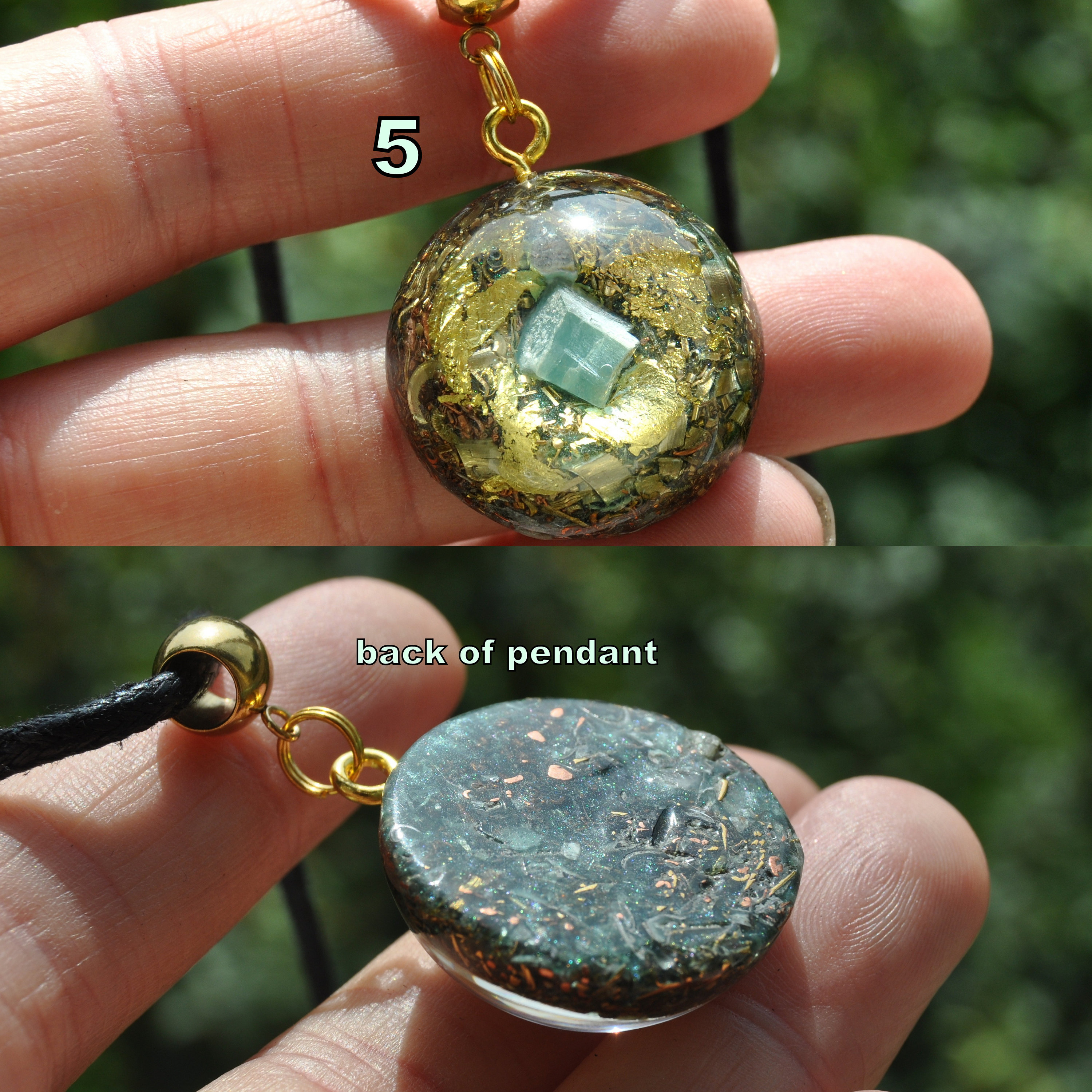 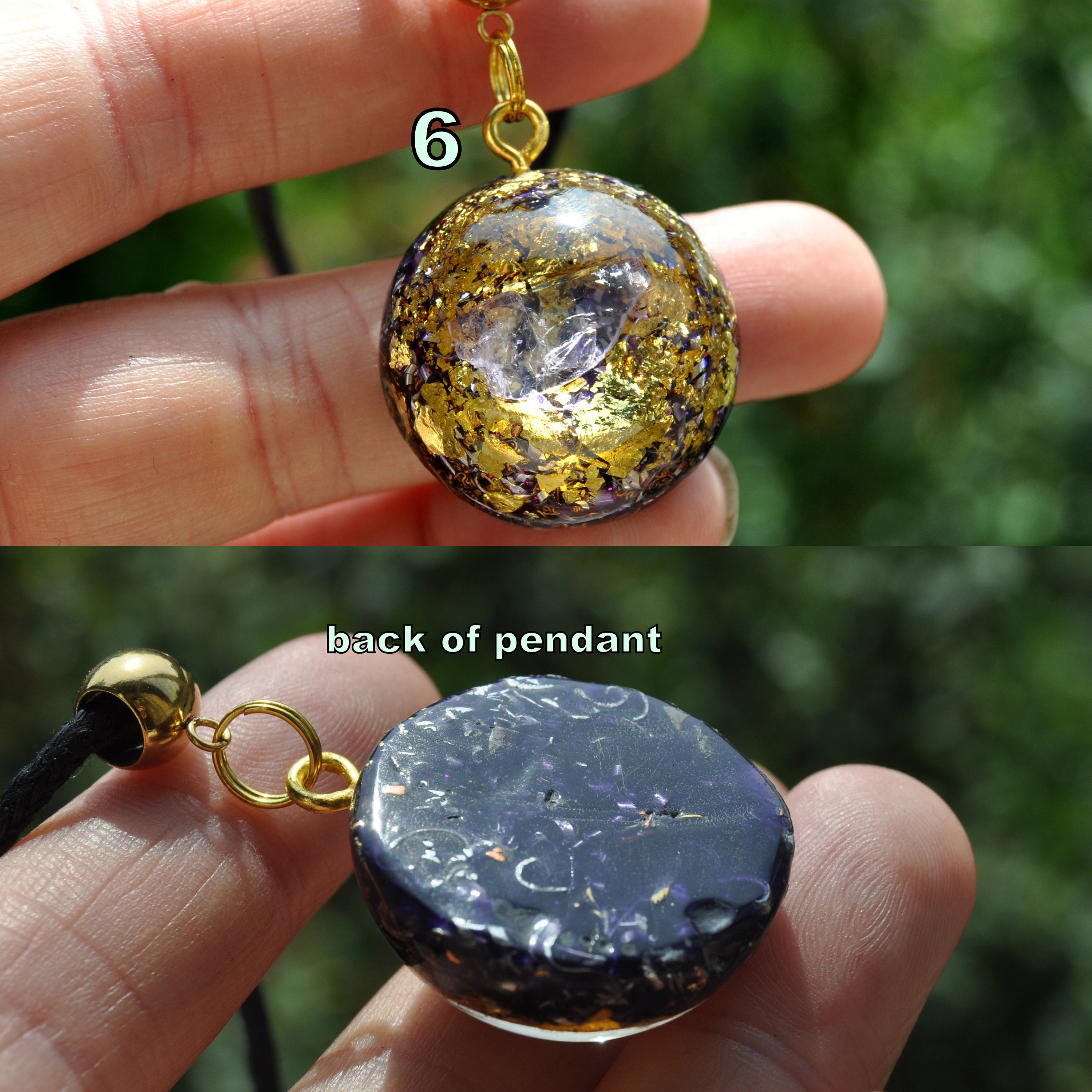 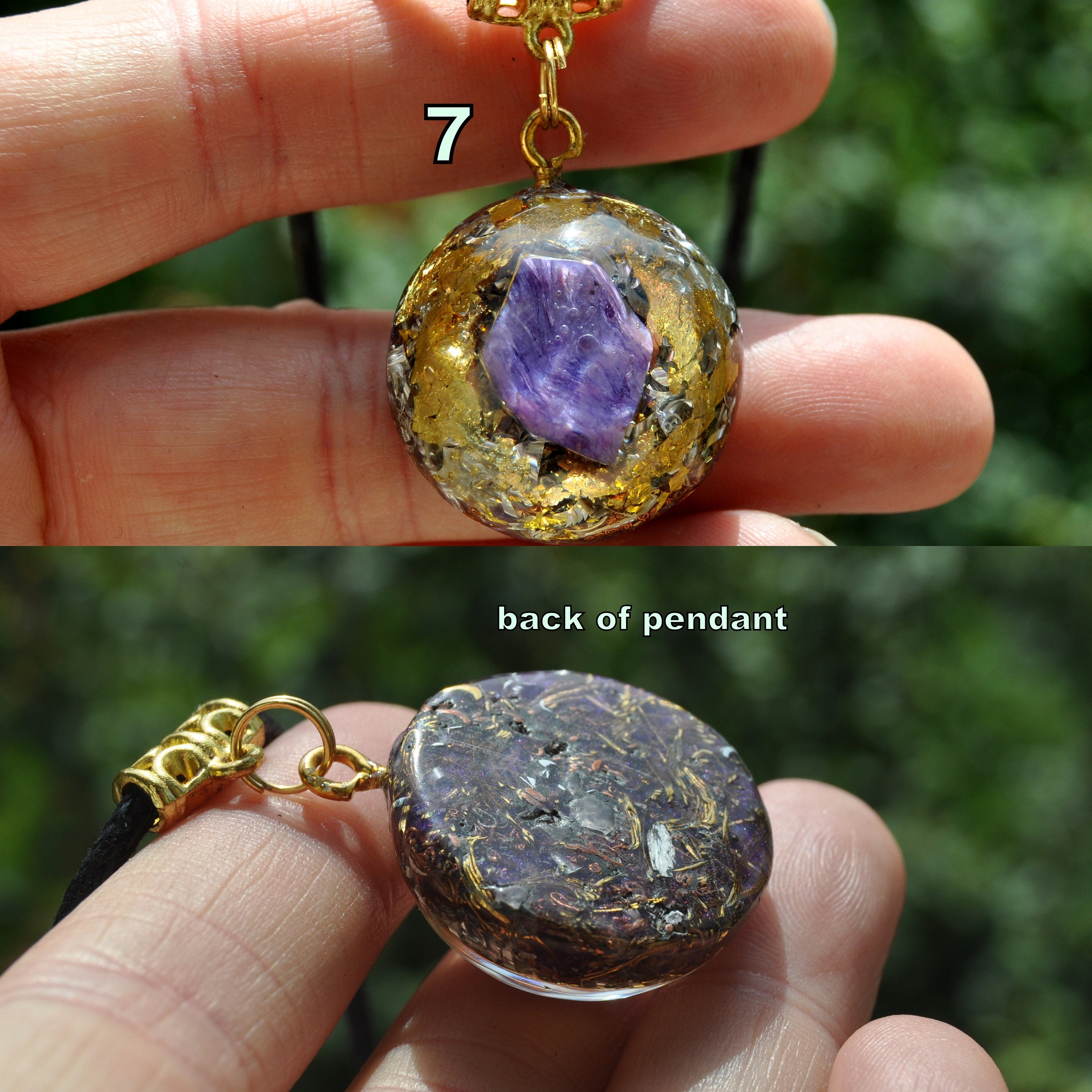 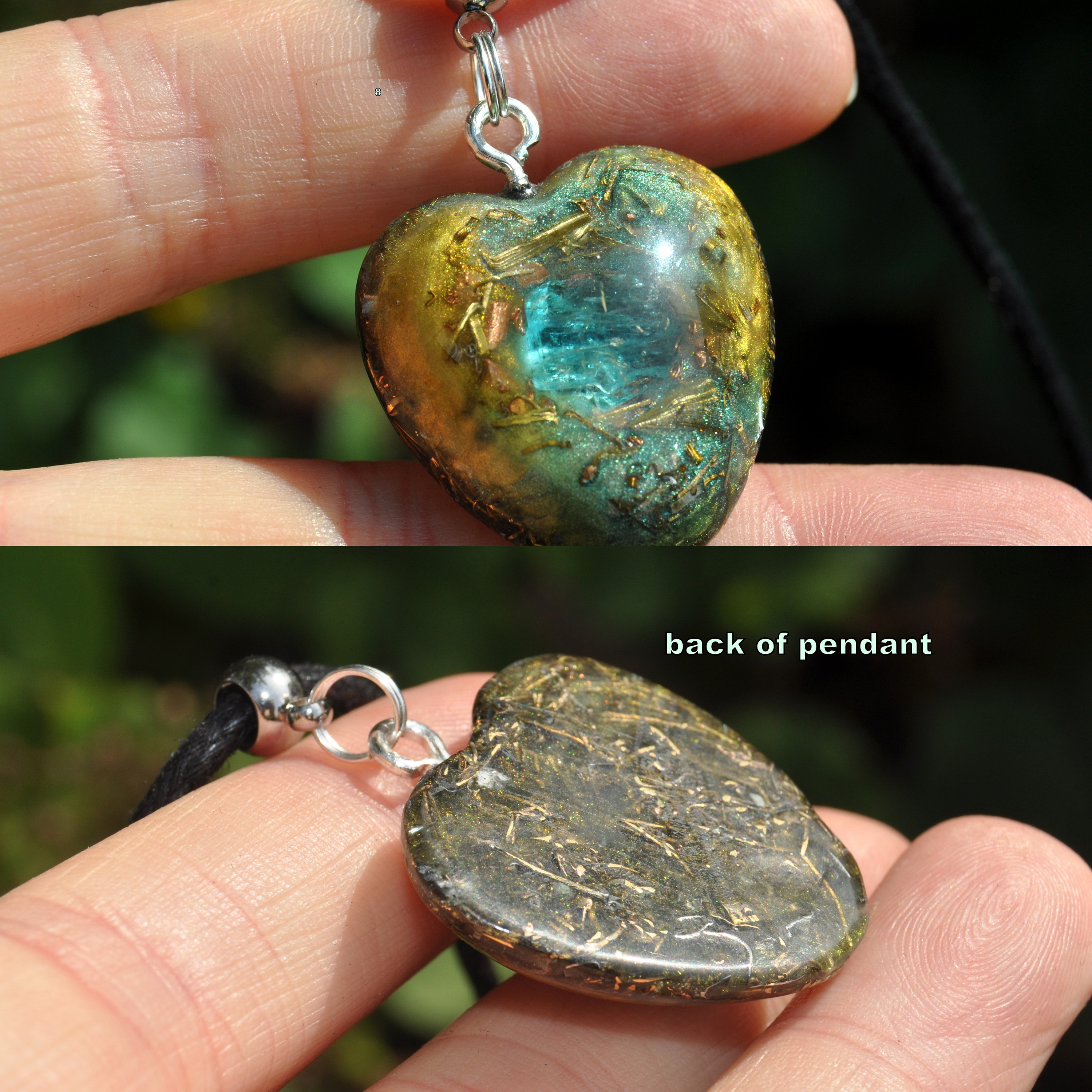 These are several good orgonite® energy pendants that have been part of old stock and some of them have some minor visual flaws for example the symbol is not perfectly situated or the back is not totally smooth (see pictures) = ofcourse you wont be able to see or feel the back of the pendant and they will still feel great though ! I want to clear out so this is why these have a huge discount. Furthermore it's nice to do some gifting once in awhile 🙂.

There is only one of each. They all are made of durable resin, metal shavings, quartz and often a main gemstone. Next to his, they furthermore consists of Pyrite (to enhance the overall power), black Tourmaline (to protect and ground excess energy), Elite Shungite (protection), Rhodizite (to amplify the other crystals) and one clear quartz (for piezo-electric effect) all within a durable resin setting. The main gemstone is written on the picture.

All the pendants come on an adjustable cotton cord which will be adjustable up to 26 inches / 65 cm.

You can choose in the menu (and also see pictures), which Number you want (if it is still available).

Will be shipped with standard shipping without tracking to keep the costs as low as possible. If you want a trackingnr, an option will be available while ordering.

I am absolutely thrilled with my new Orgonite pendant. It is simply stunning. Transaction was lovely and shipping was quick. I would highly recommend this seller. Thank you so much!

I'm not really sure of what to say beautiful necklace can't wait to receive it if possible thank you zoe for communicating back with me!👍👍💜

These are truly sacred pieces. I can feel the love and care put into them. I was so lucky to find this beautiful piece on sale. The sage, sticker and card all made this order extra wonderful. I am really happy with this purchase. Blessings and Gratitude. 💛