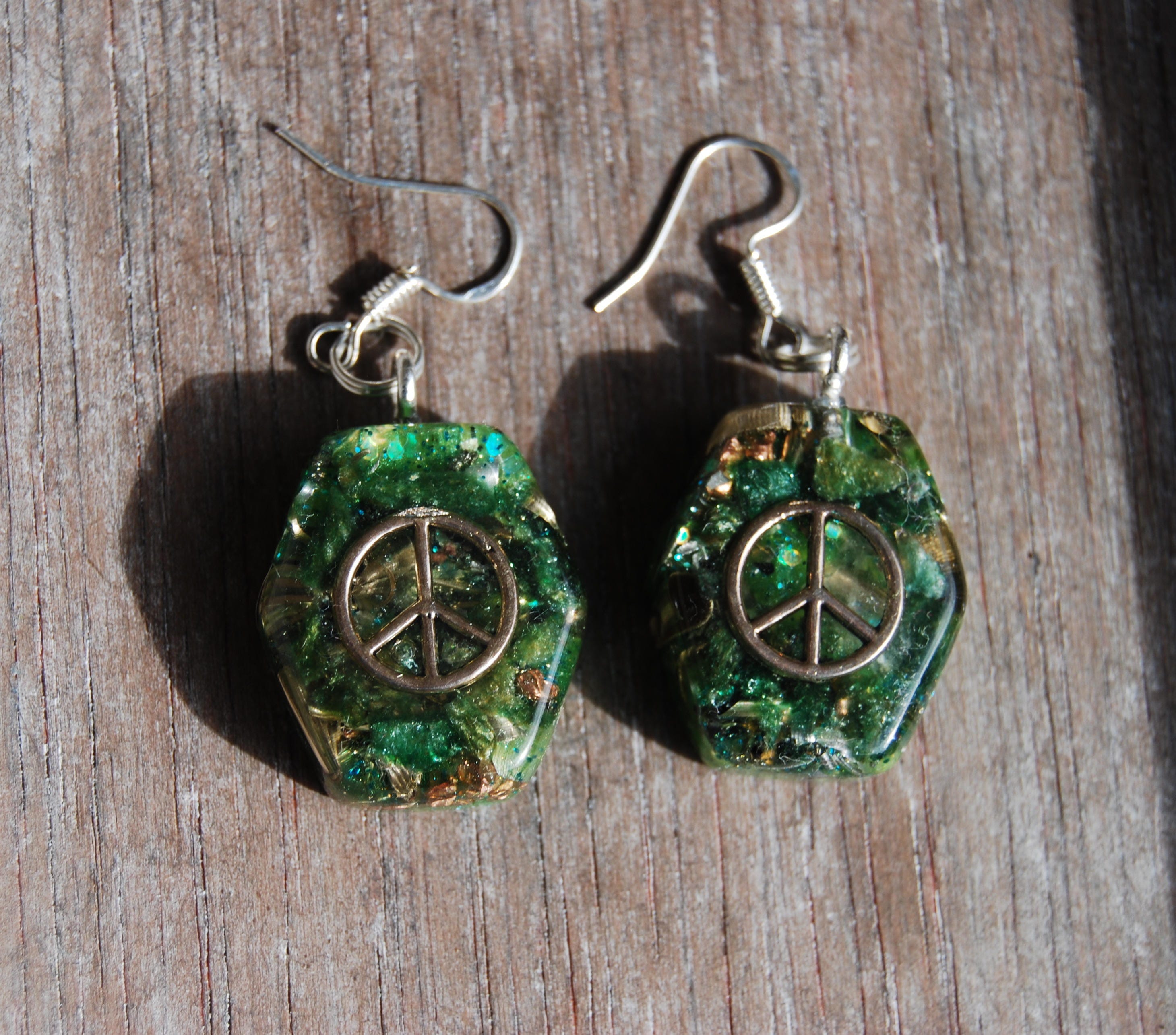 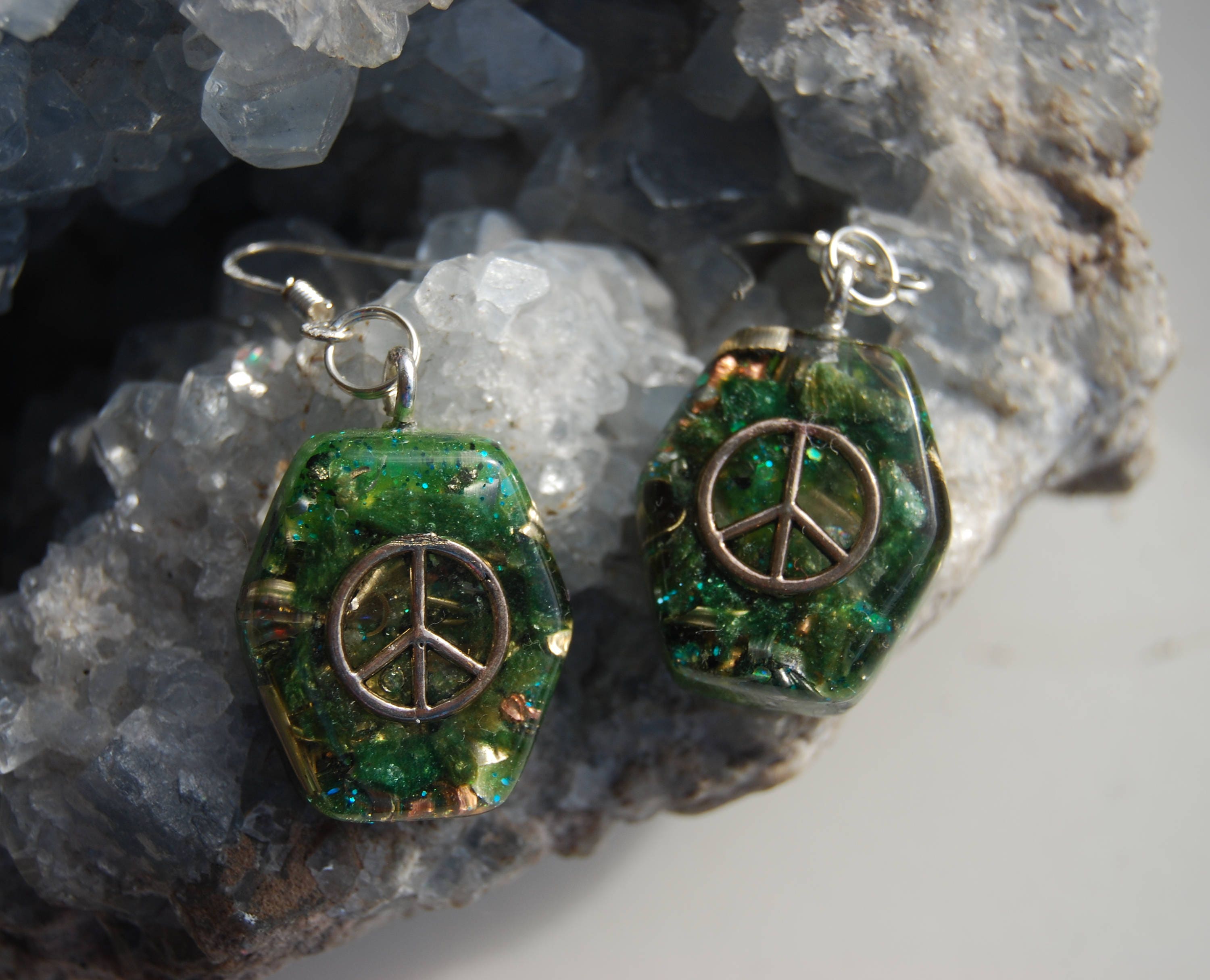 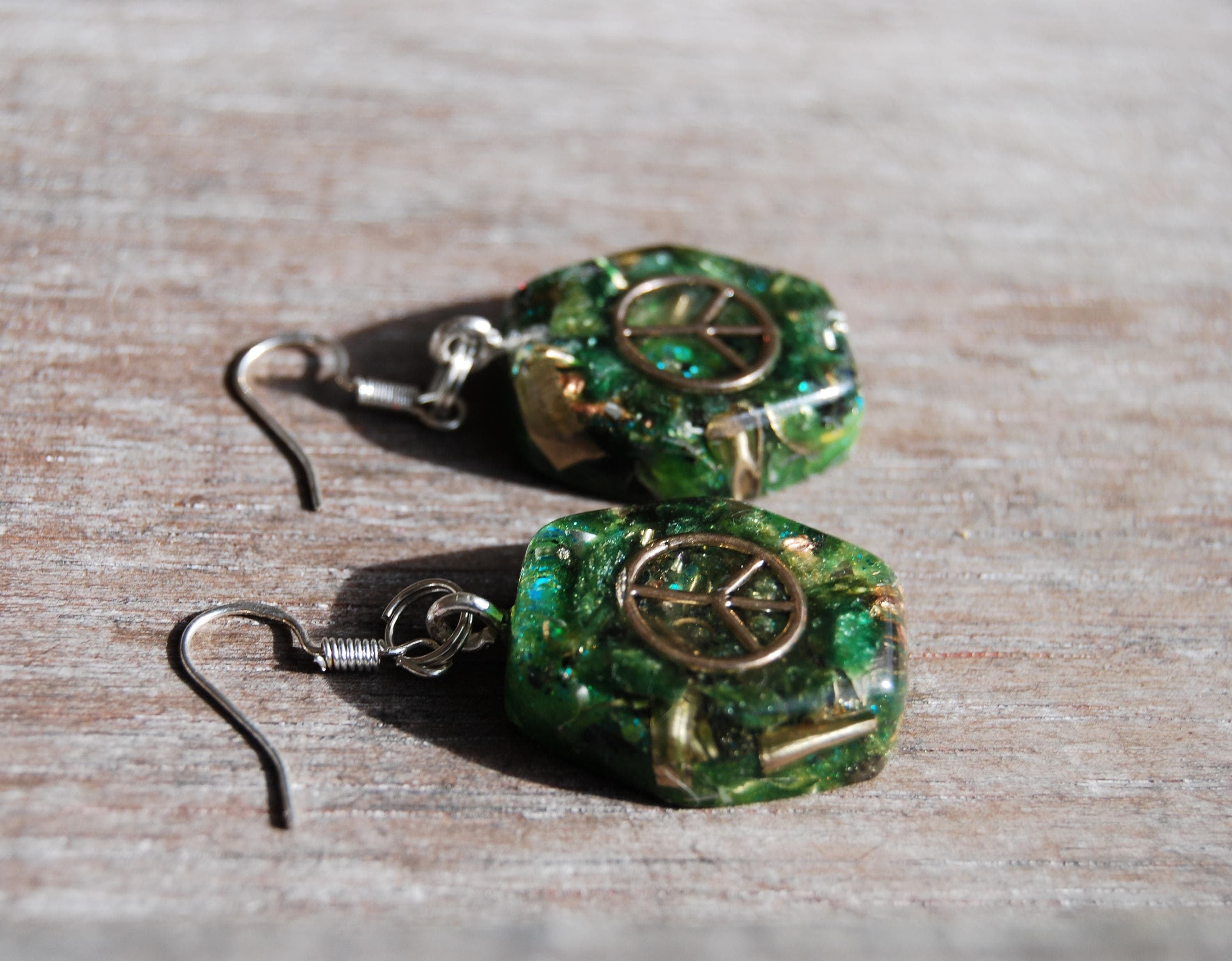 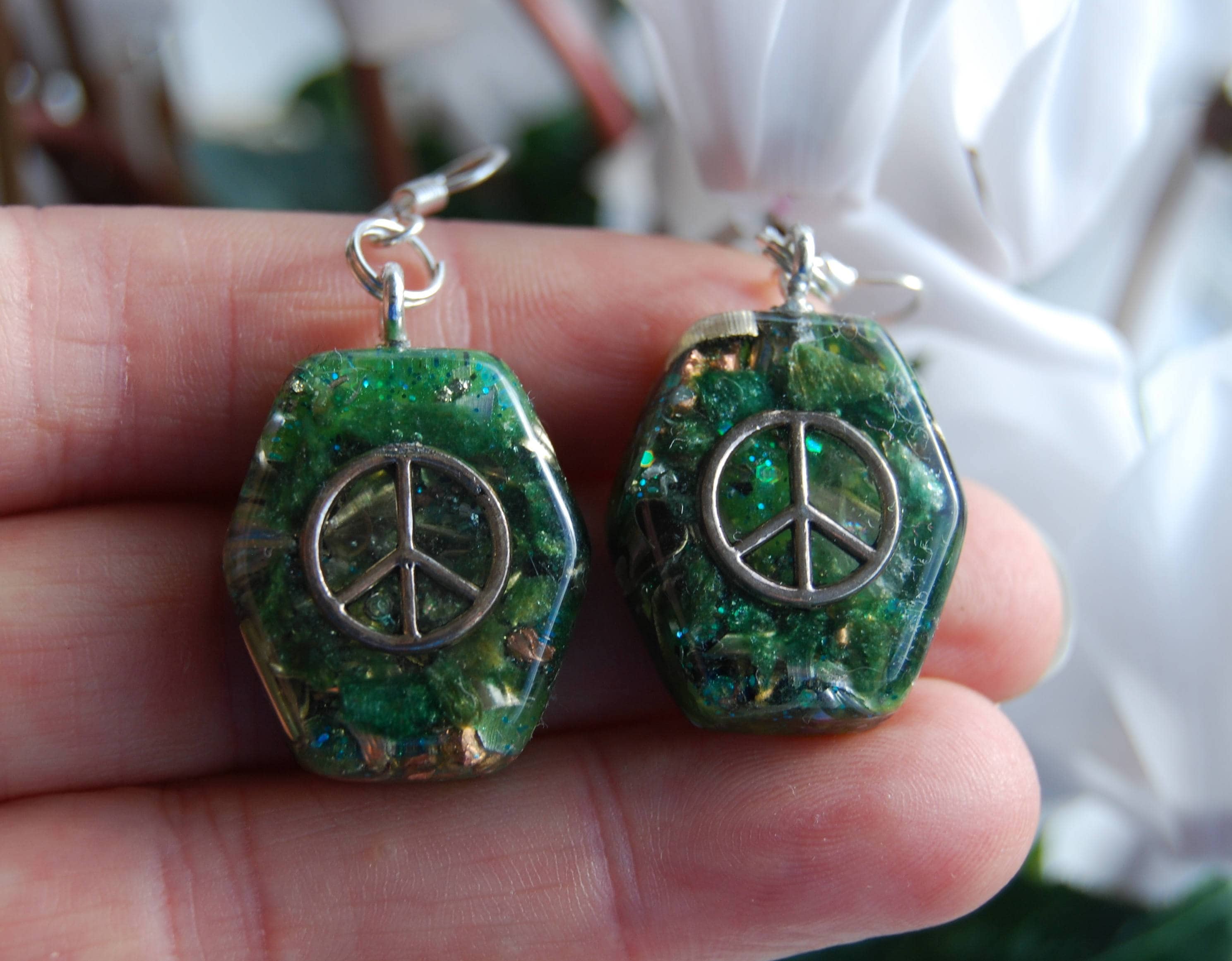 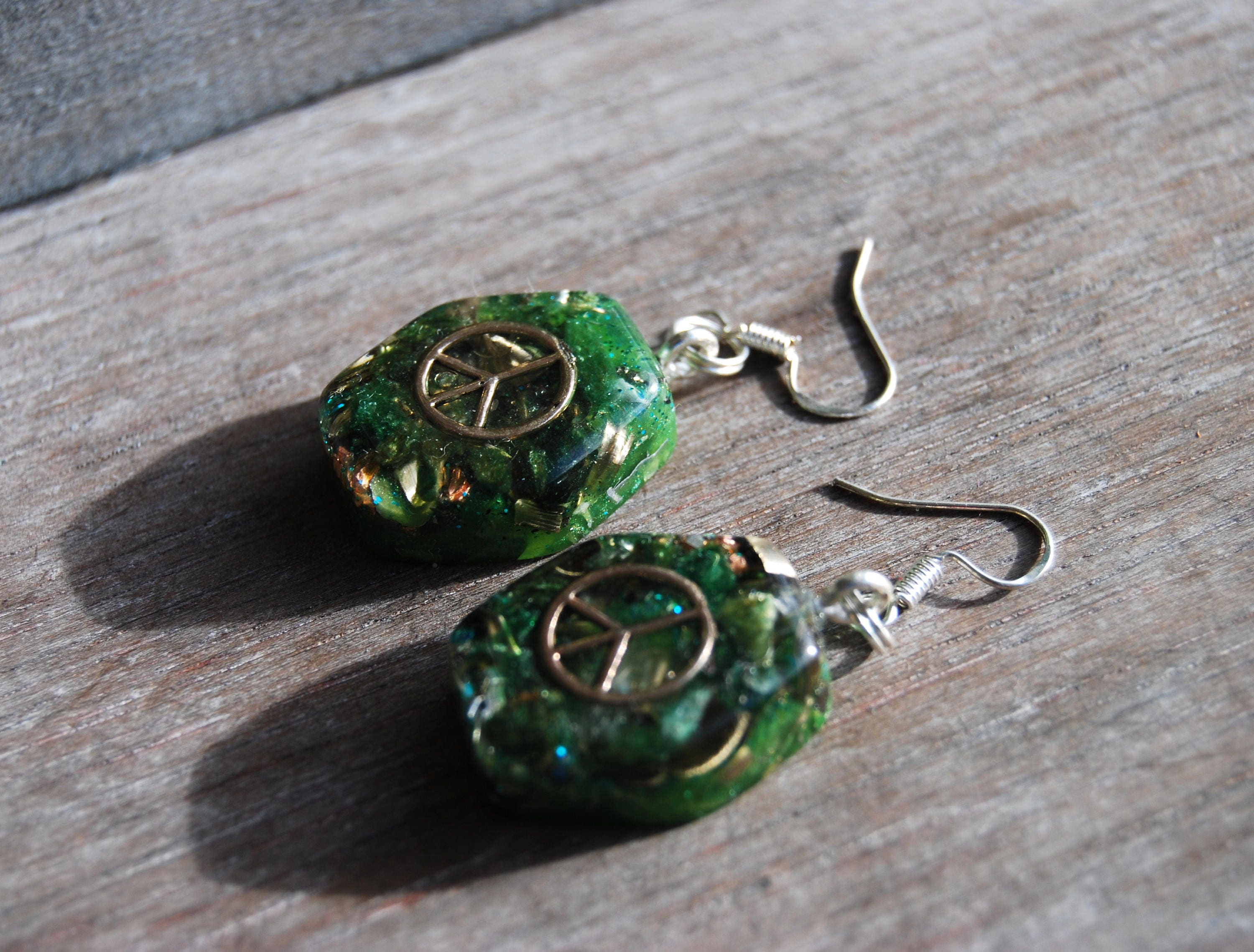 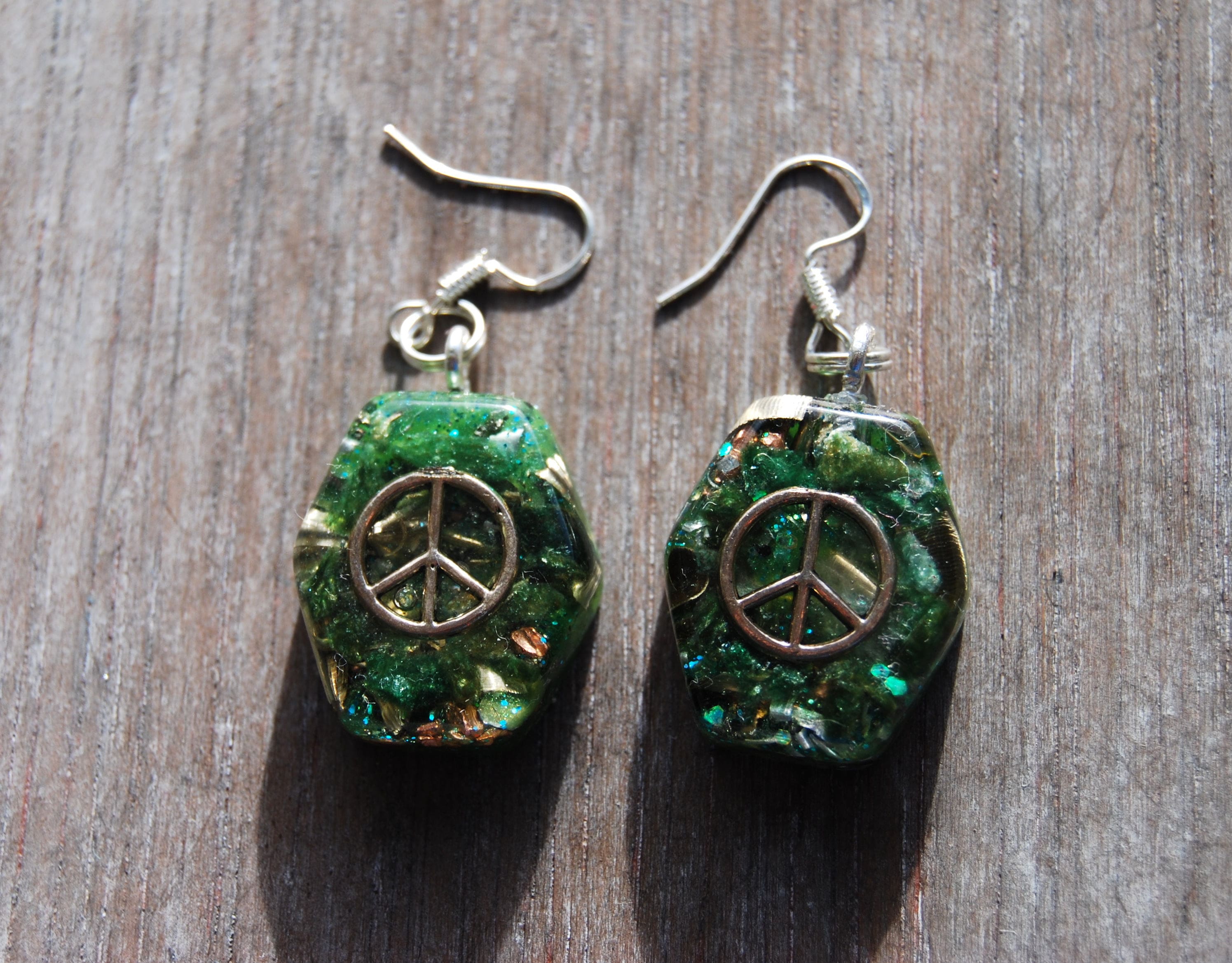 These unique Orgonite® earrings are one of a kind and consist of metal (aluminium, brass, bronze and copper) shavings, durable resin, Fuchsite and clear Quartz. Both have a Peace symbol.

The findings are 925 Sterling silver.

Fuchsite is closely related to the kingdoms of the Devas and the Spirits of nature.

One earring pendant measures 2 cm (0.8 inch) from top to bottom and they have been hand sanded through 7 sets of fine polishing paper so it is shiney and silky smooth. It is created with loving intent to transform people’s lives for the better.

FREE Shipping ! Will be shipped with Priority shipping and Trackingnr.