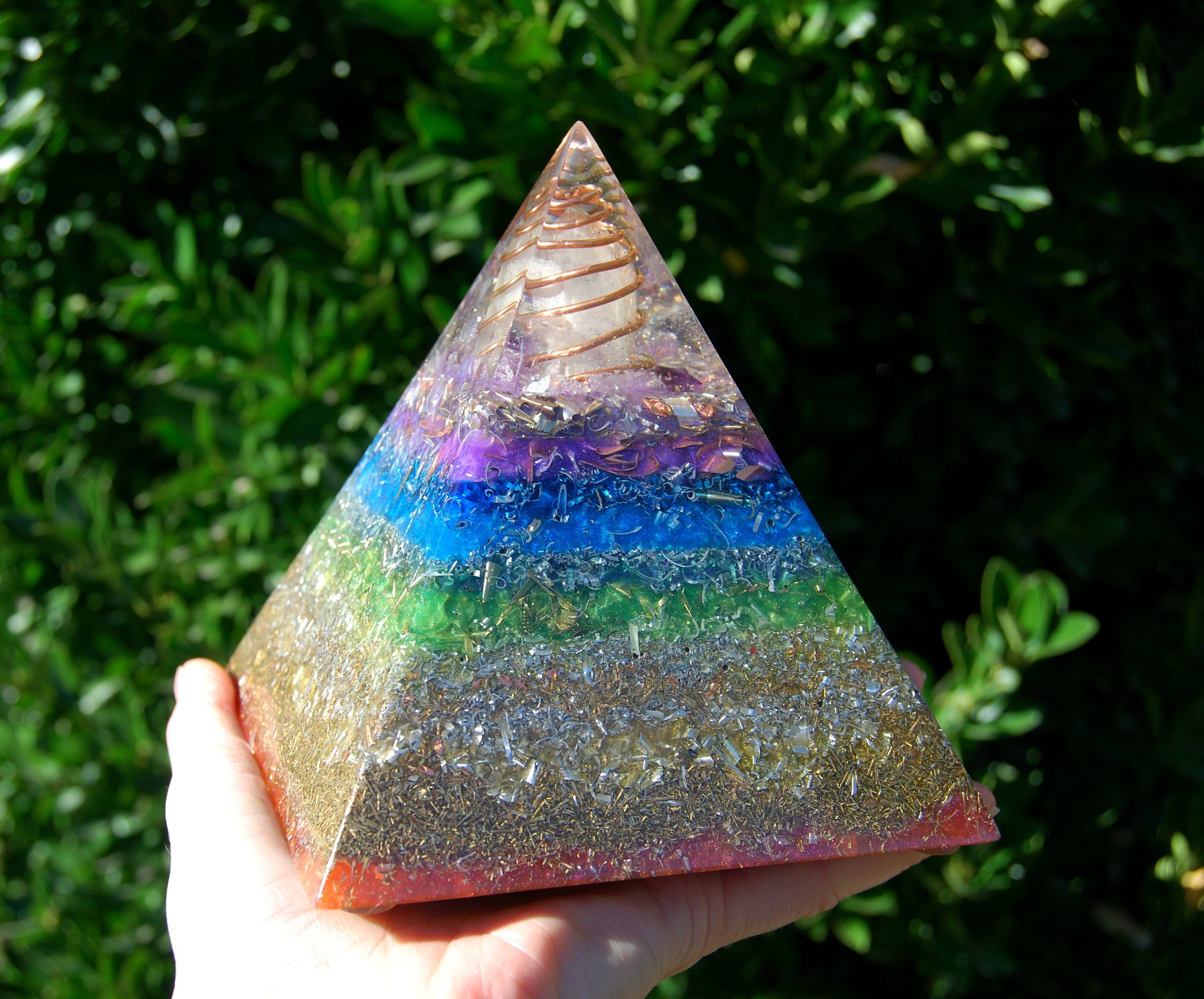 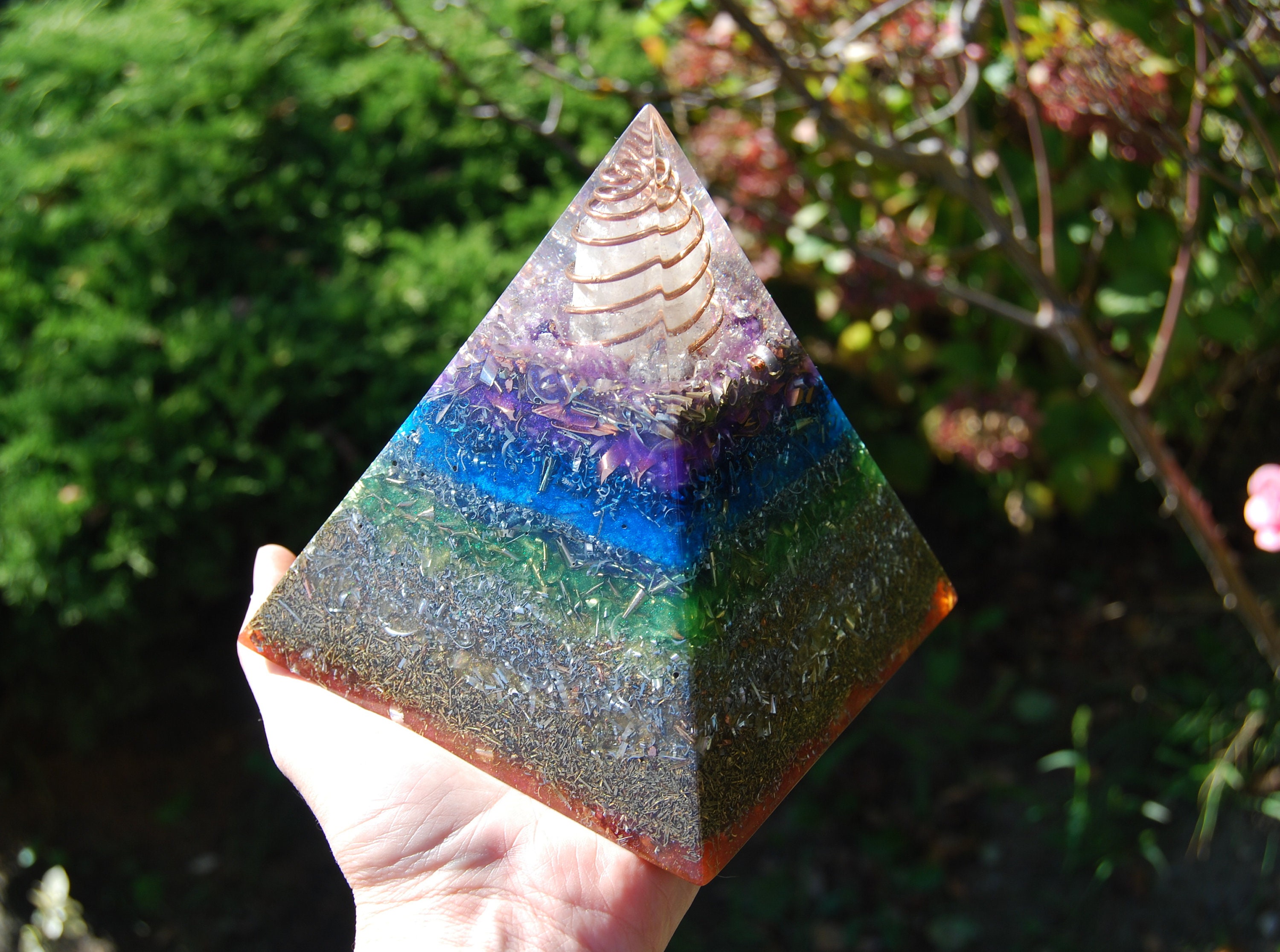 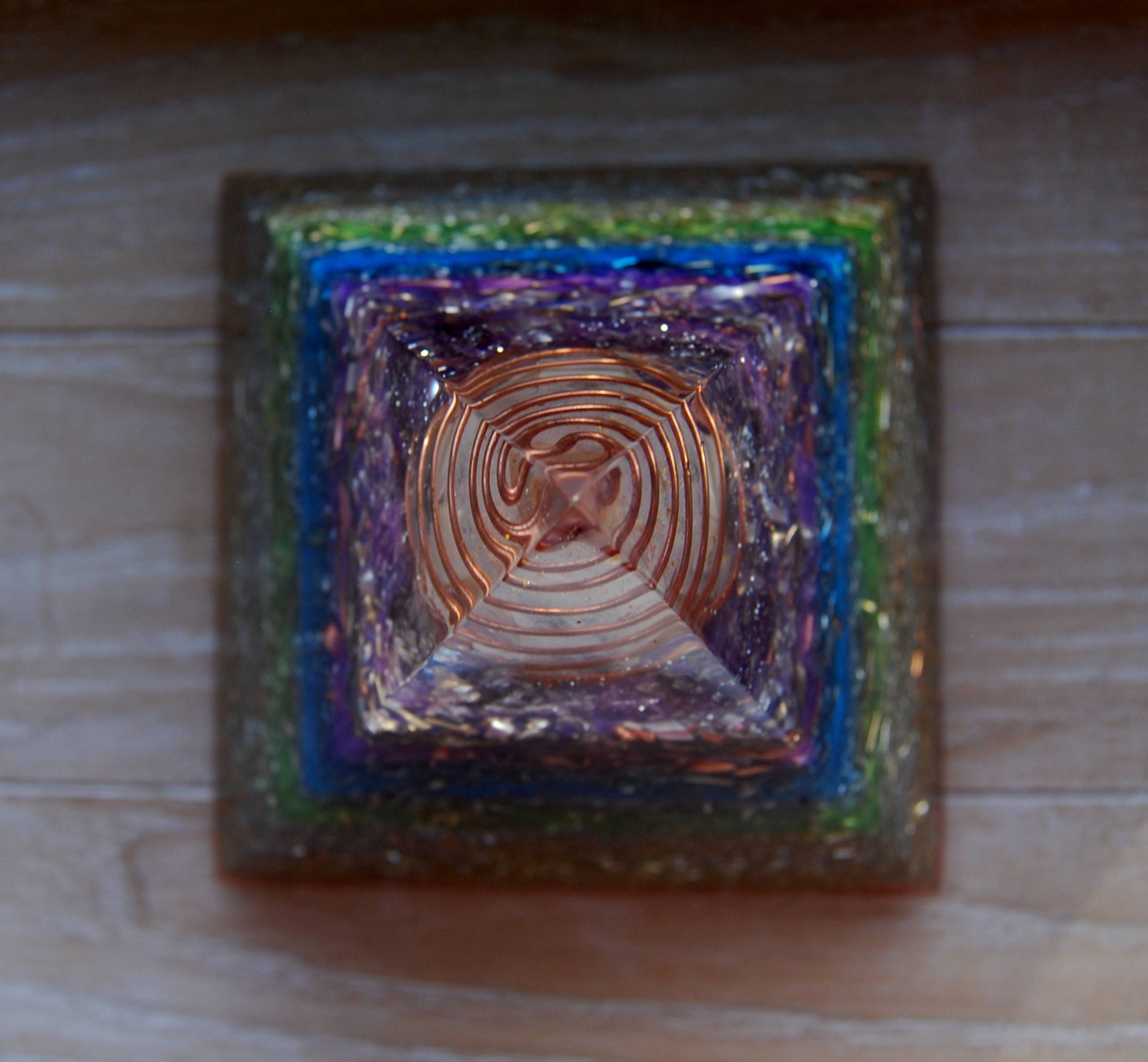 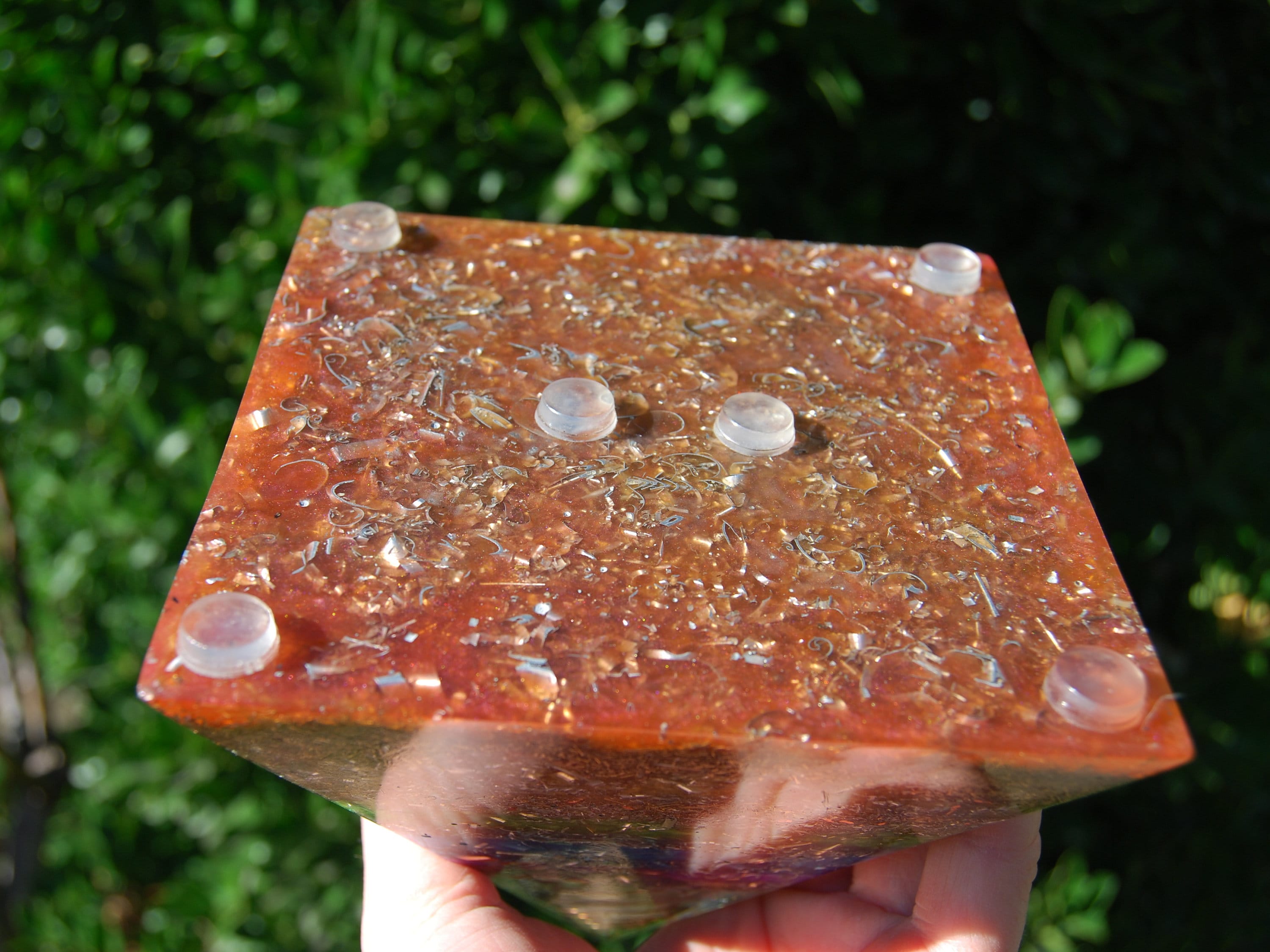 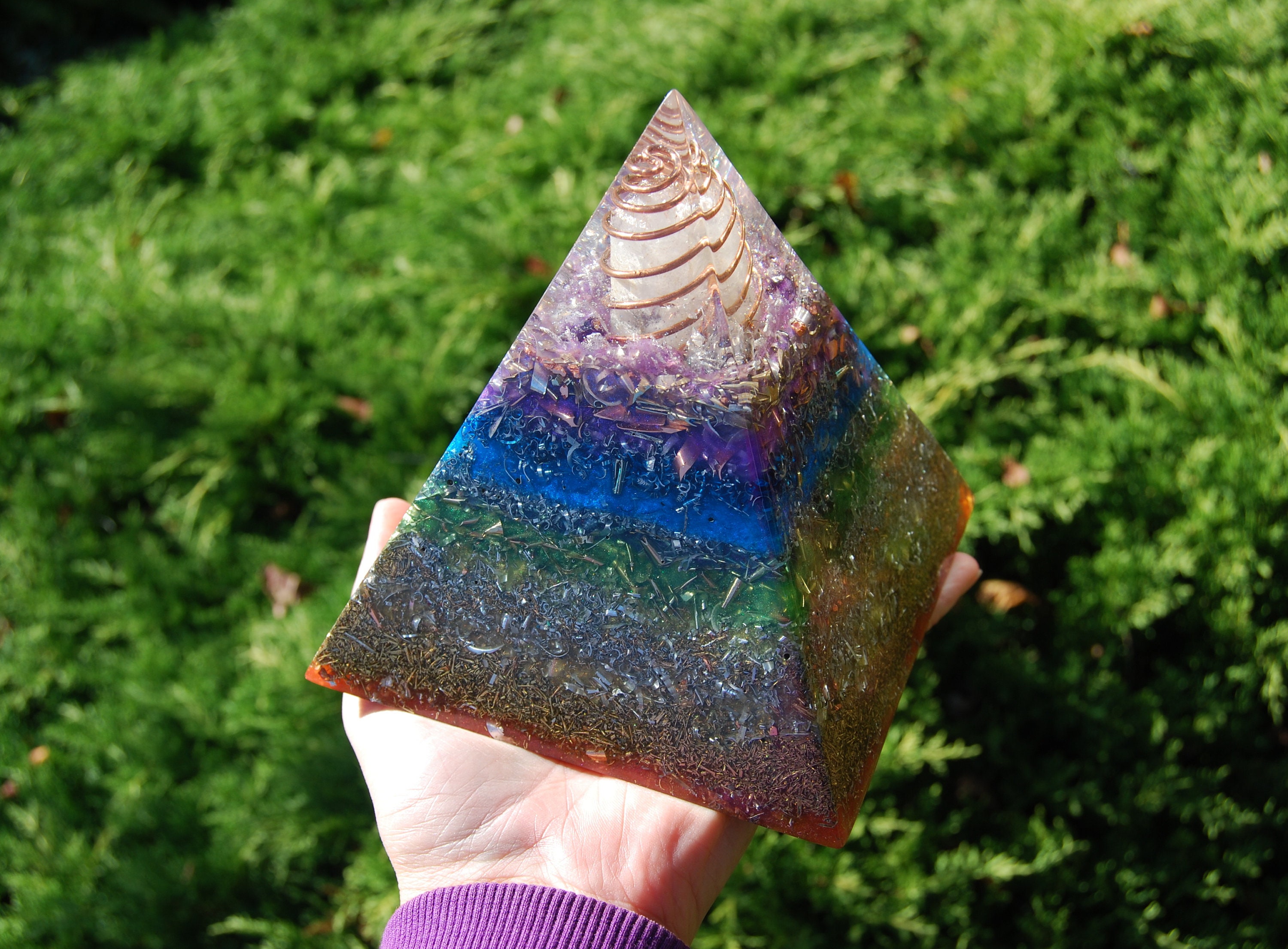 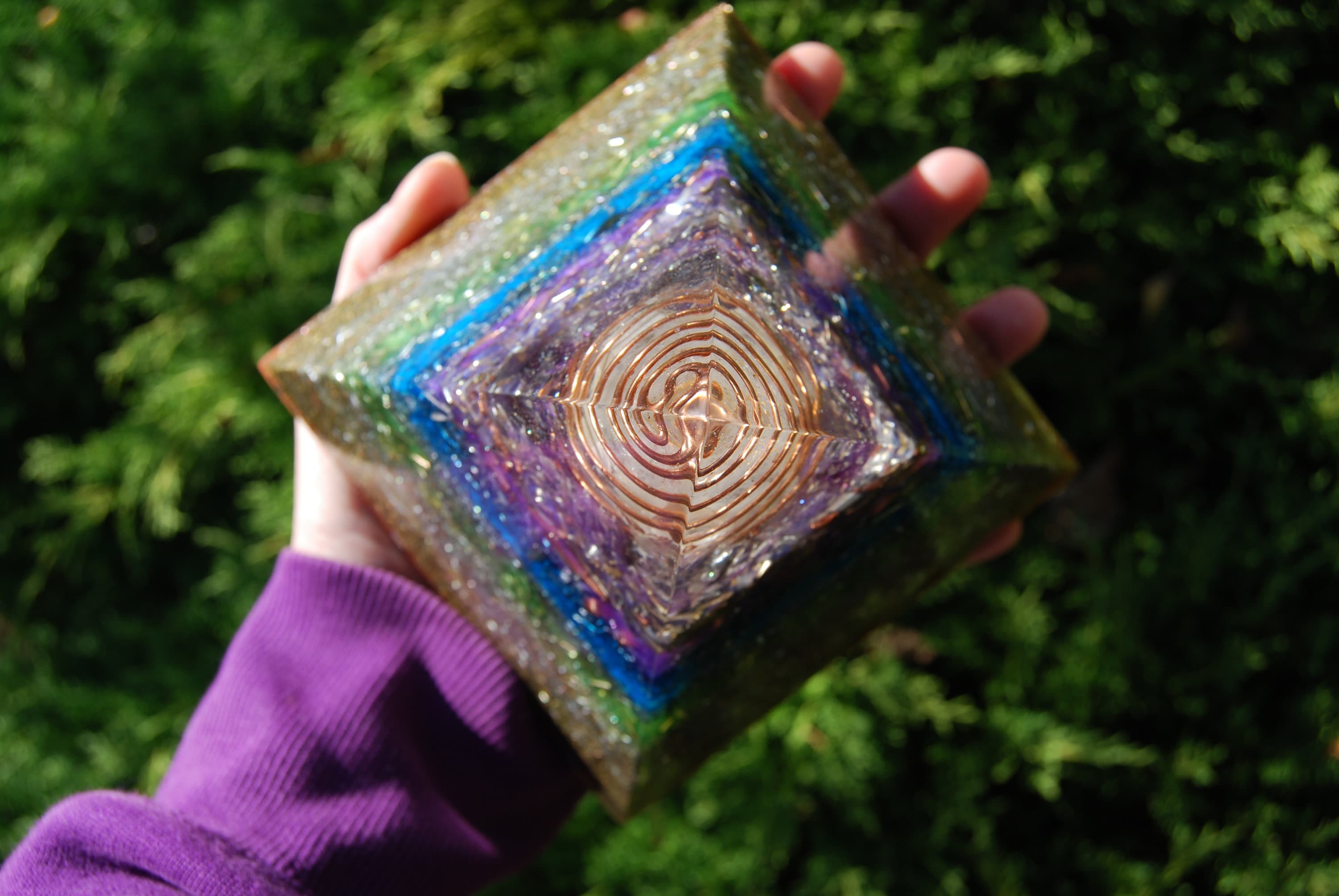 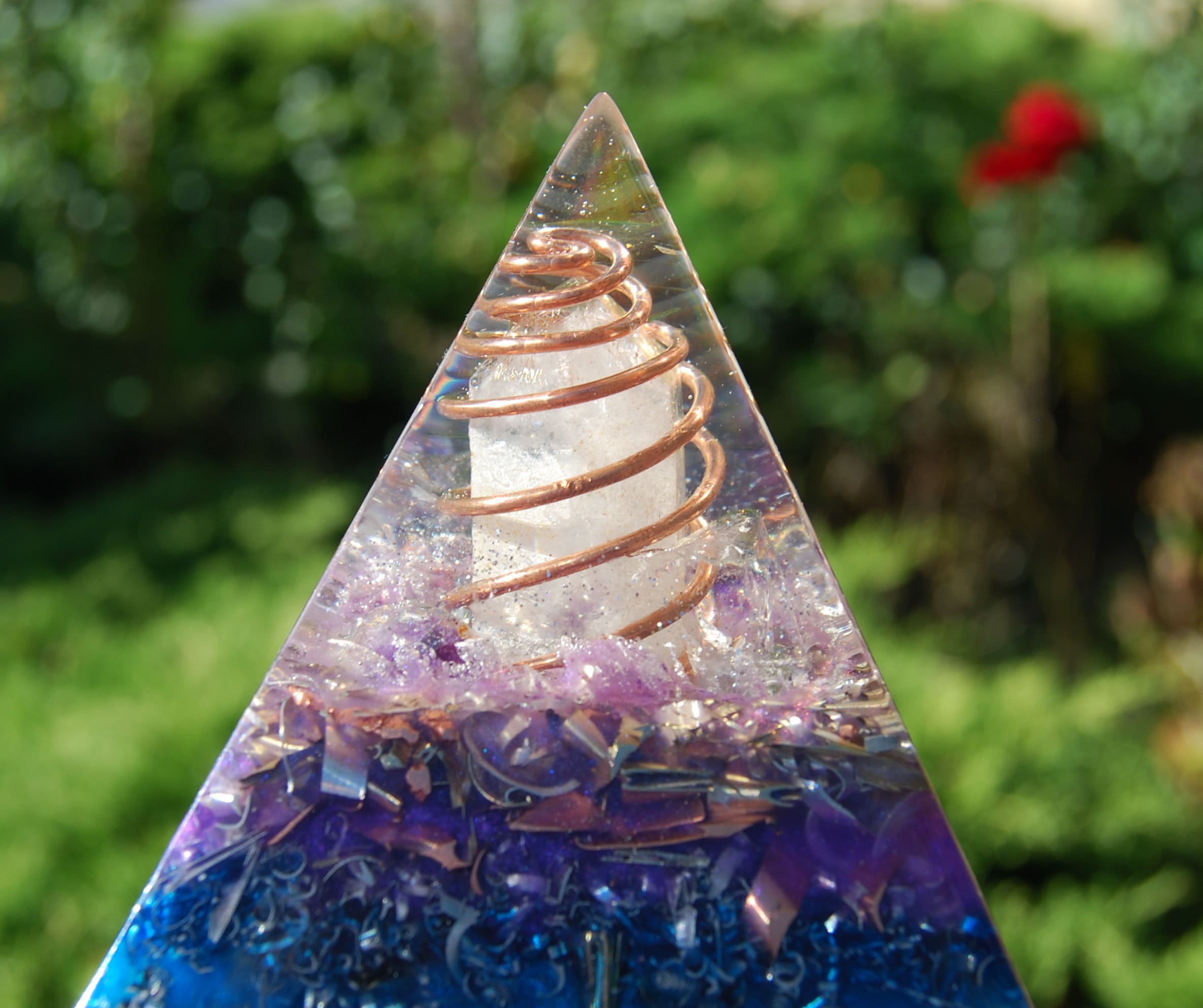 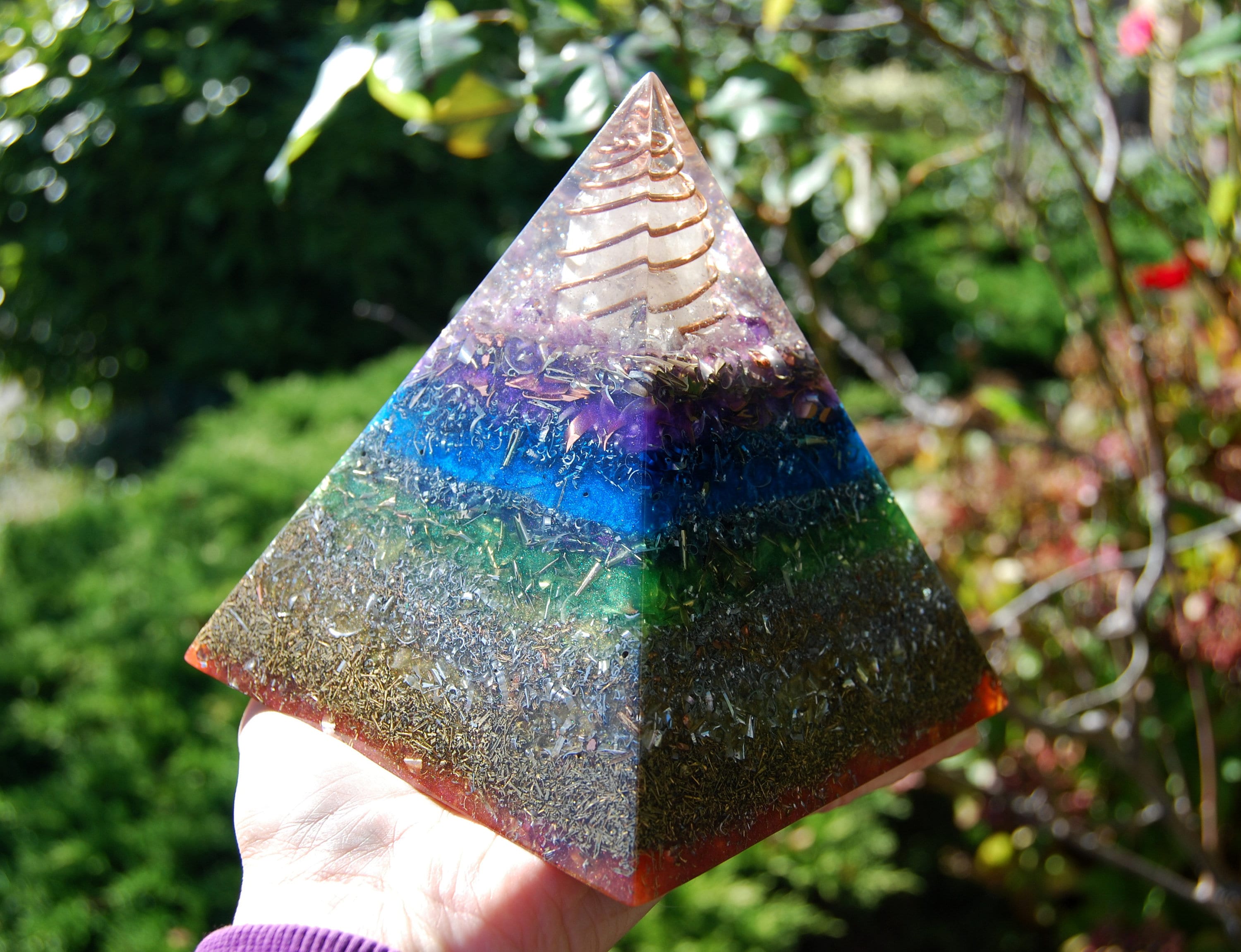 This is a lovely large Orgonite® pyramid consisting . This entwined with a copper SBB coil which amplifies, moves and directs energy. The coil also considerably increases the power and range of the pyramid.

It consists of densely layered metal shavings of iron, aluminium, bronze, copper and brass which is required to for the Orgonite® to properly work according to William Reich's research (The More METAL Shavings, The BETTER). Within these metal layers there are four terminated quartz crystals pointing in four directions for extended energy flow in all four directions and for piezo electric effect.

It is made out of polyester resin to ensure optimal shrinkage and pressure on the quartz to create the most piezo electric effect.

It also contains pieces of Rose Quartz (self love), Pyrite (to enhance), black Tourmaline pieces (to protect and ground excess energy) ,Rhodizite crystals (to amplify other crystals), Selenite (to charge and clean other crystals) all within a durable resin setting. In the purple layer are Amethyst stones. The blue layer Sodalite. The green layer consist of small pieces of green Peridot. The orange layer consists of Carnelian agate. The yellow layer Citrine and the red layer red Jasper.

The base mix consists of >>

Will be carefully packed and shipped with trackingnumber. You will be required to sign for it upon delivery.

A description of this piece and its materials will be included in the package.