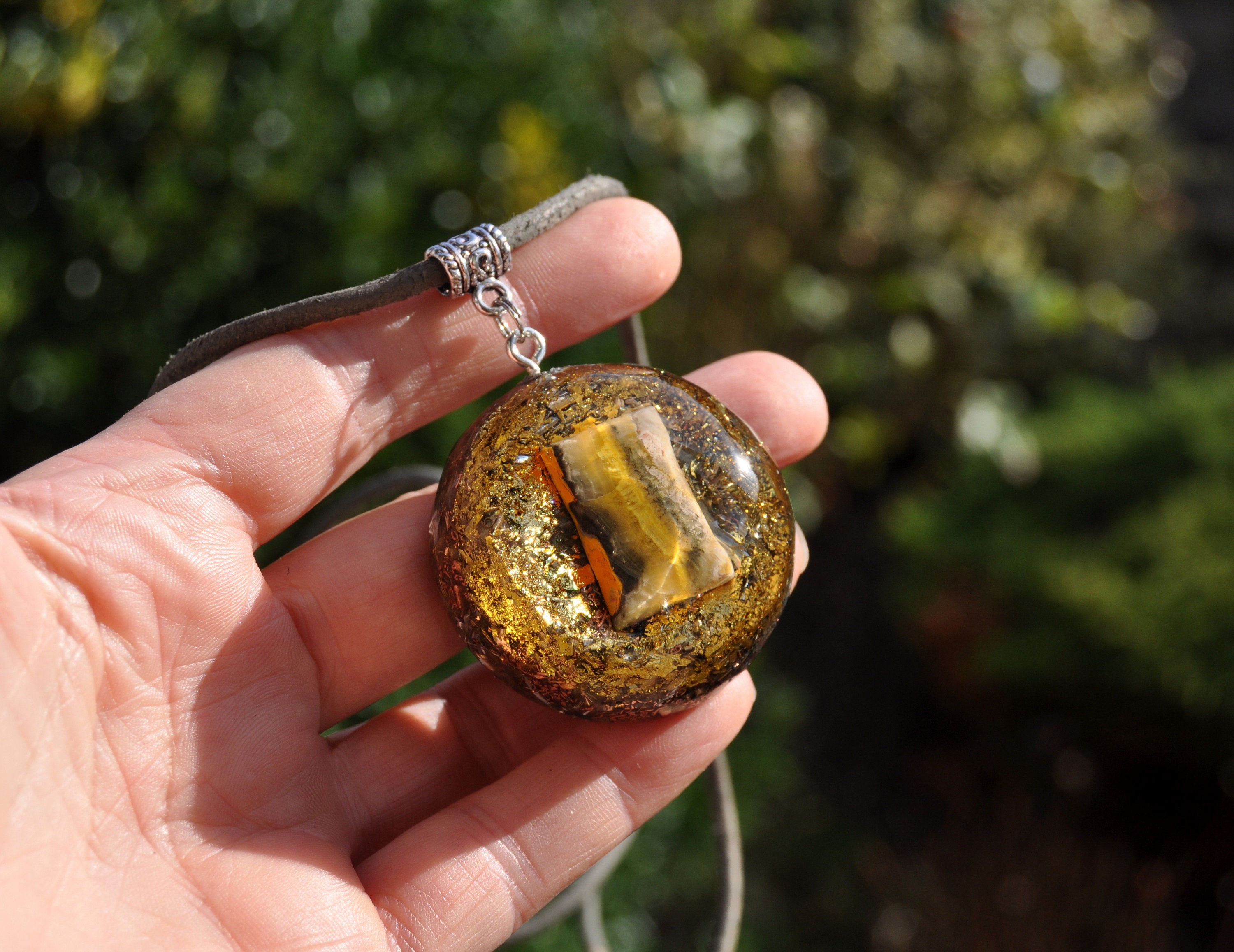 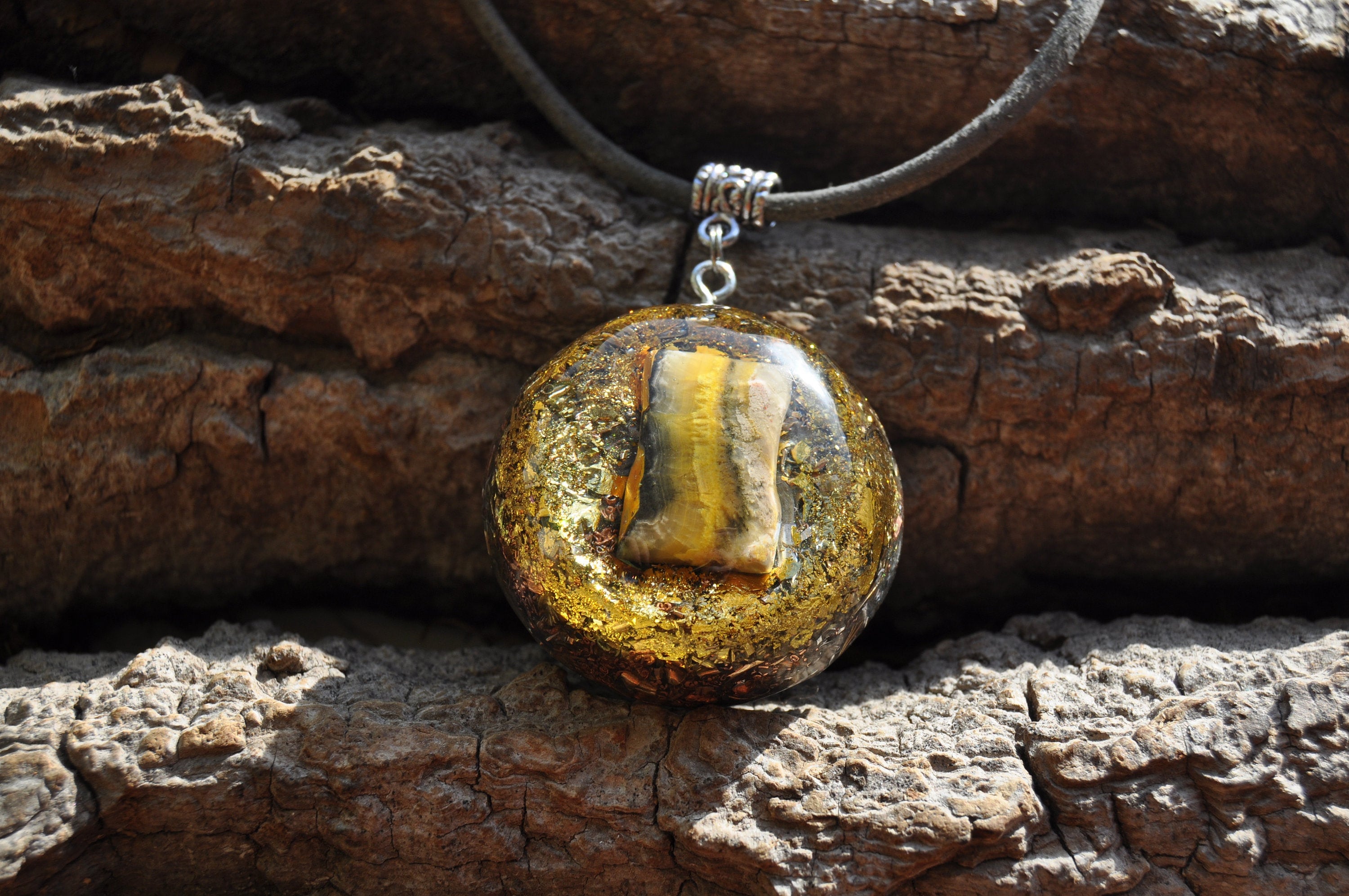 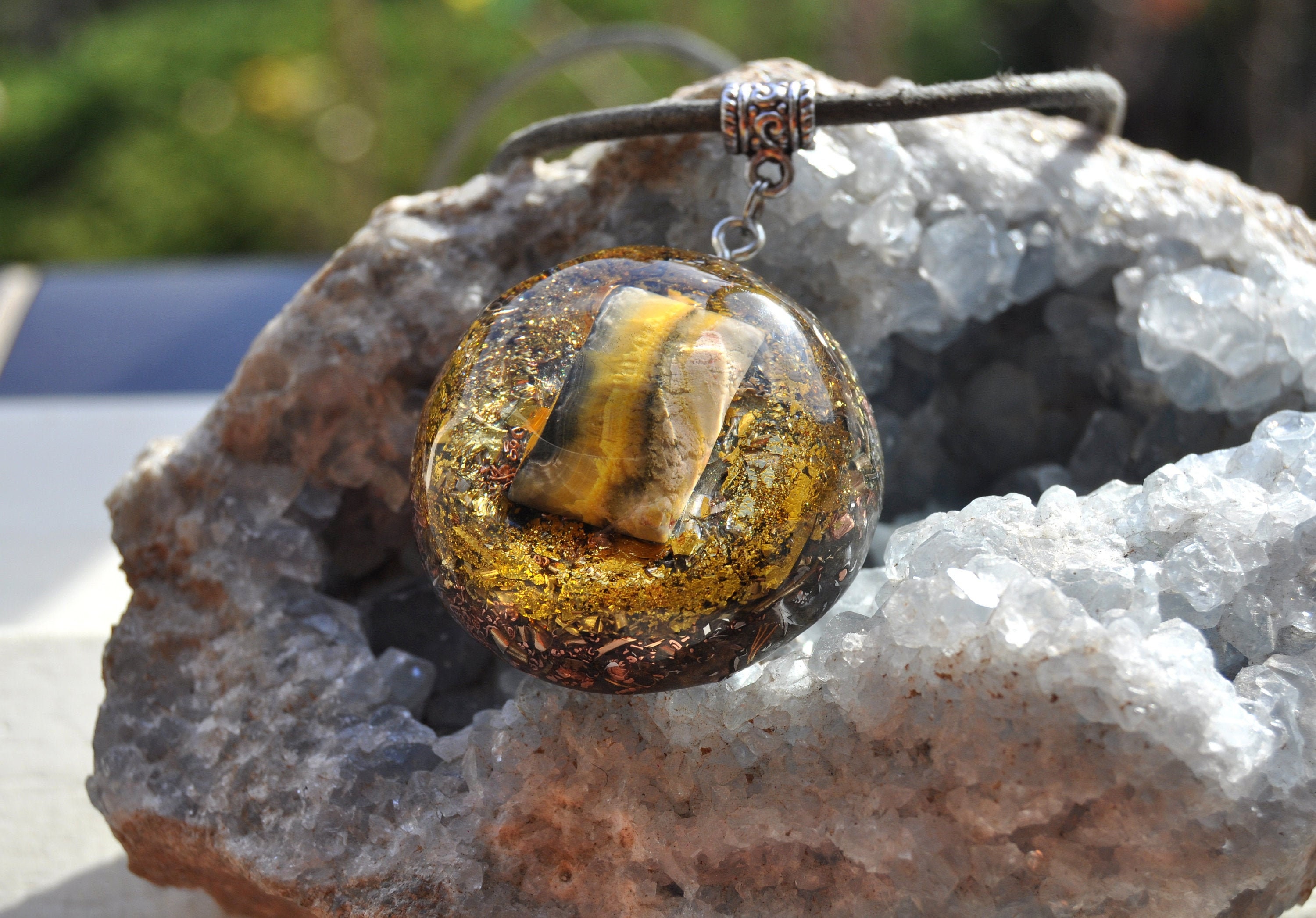 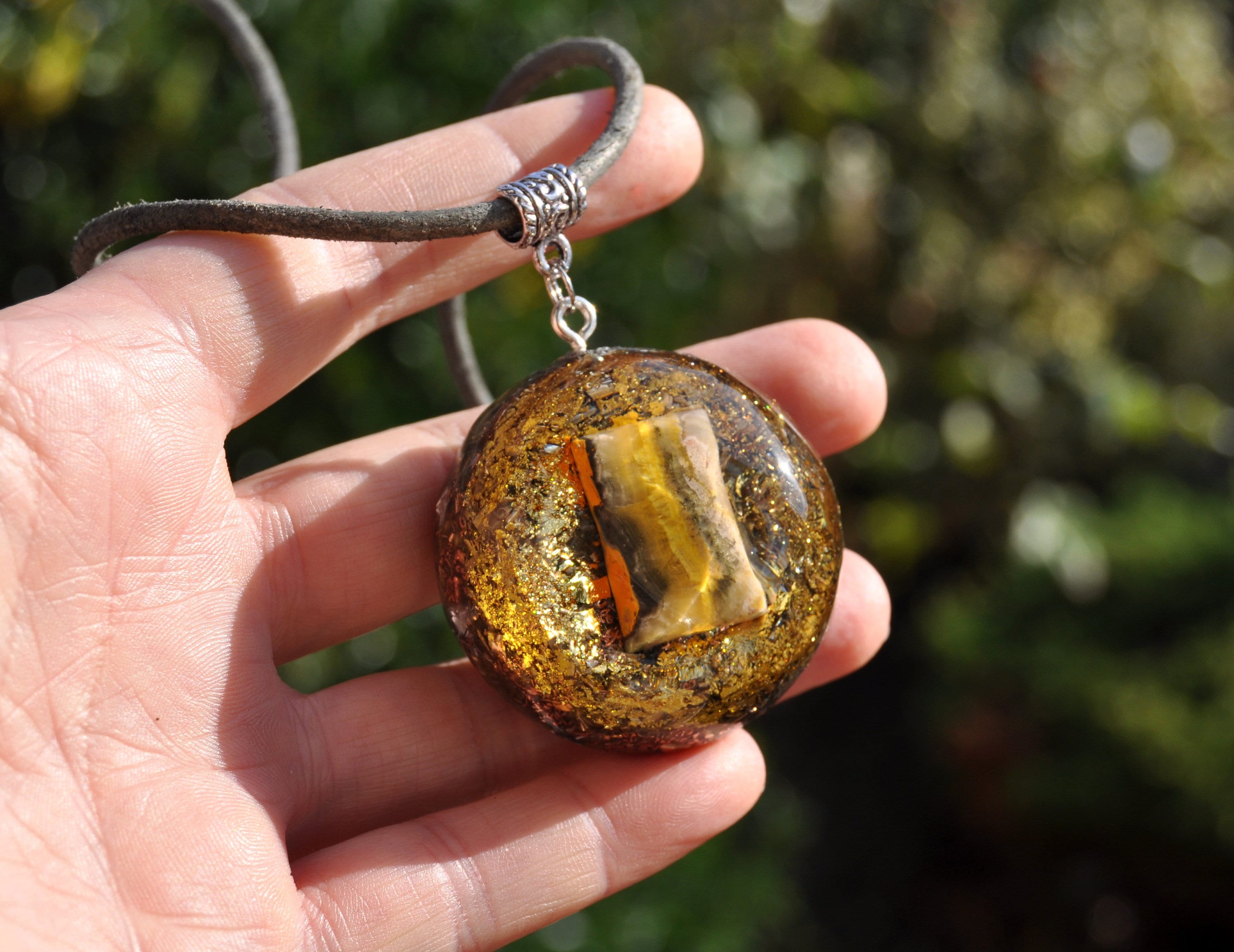 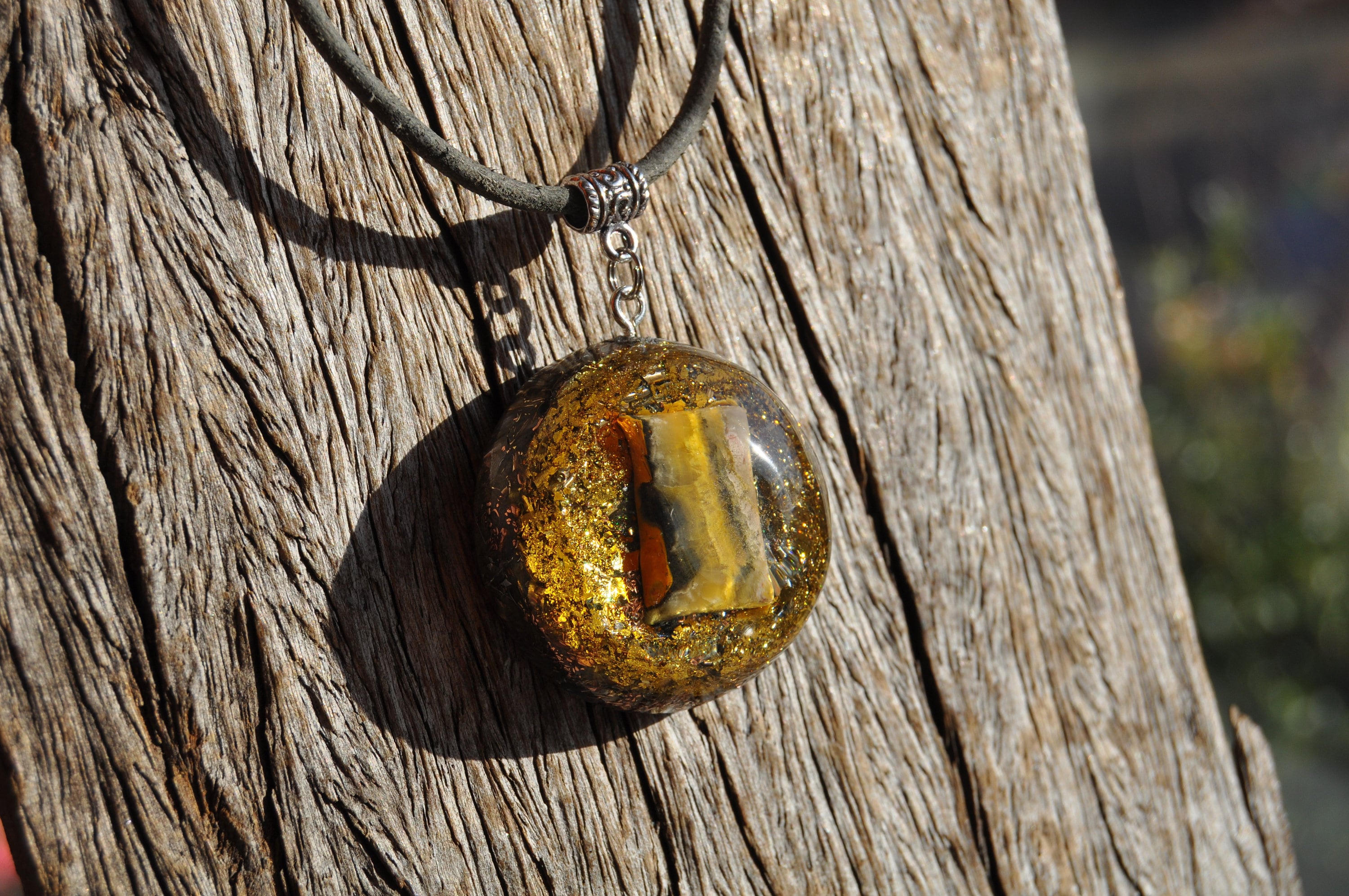 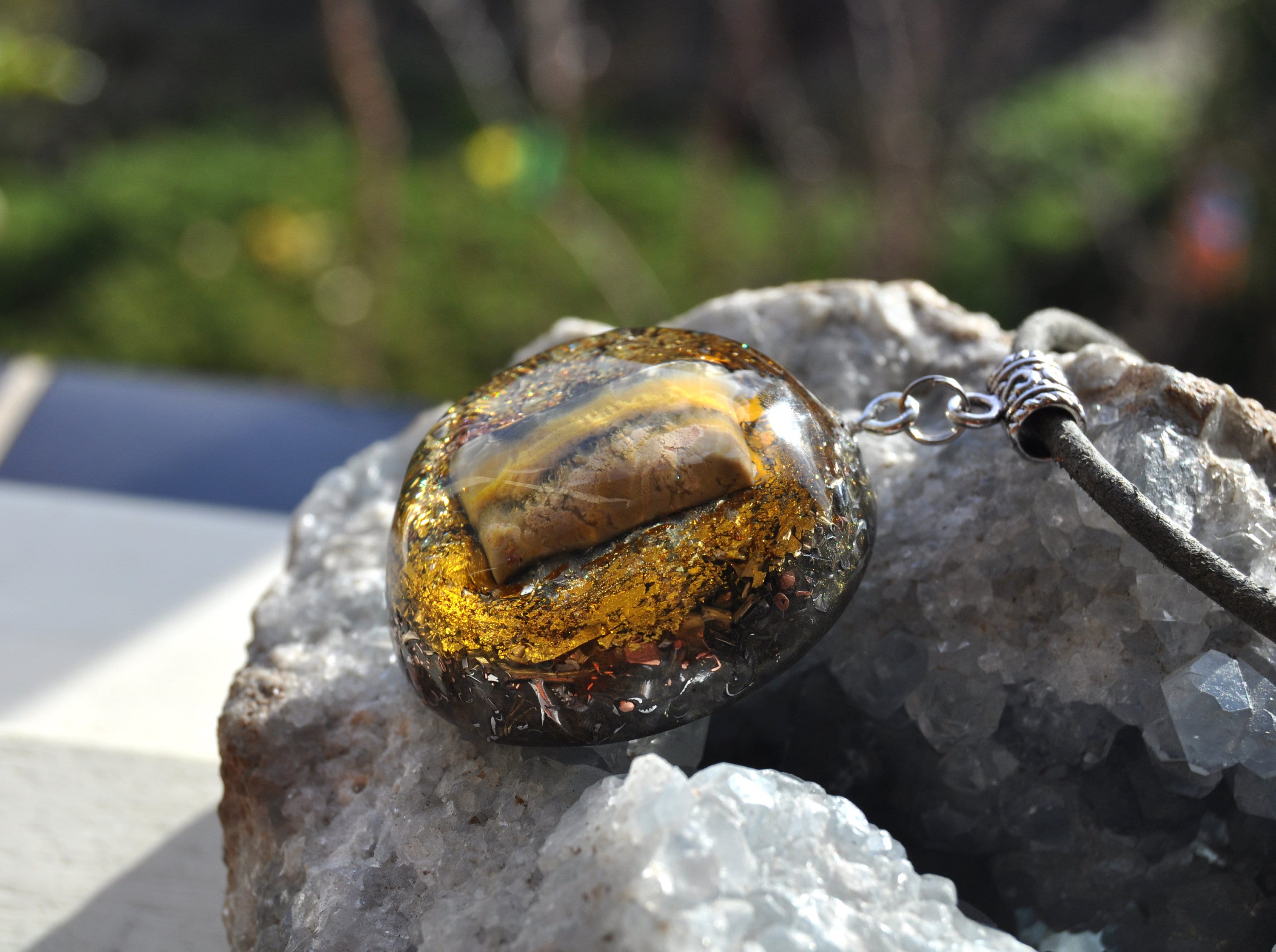 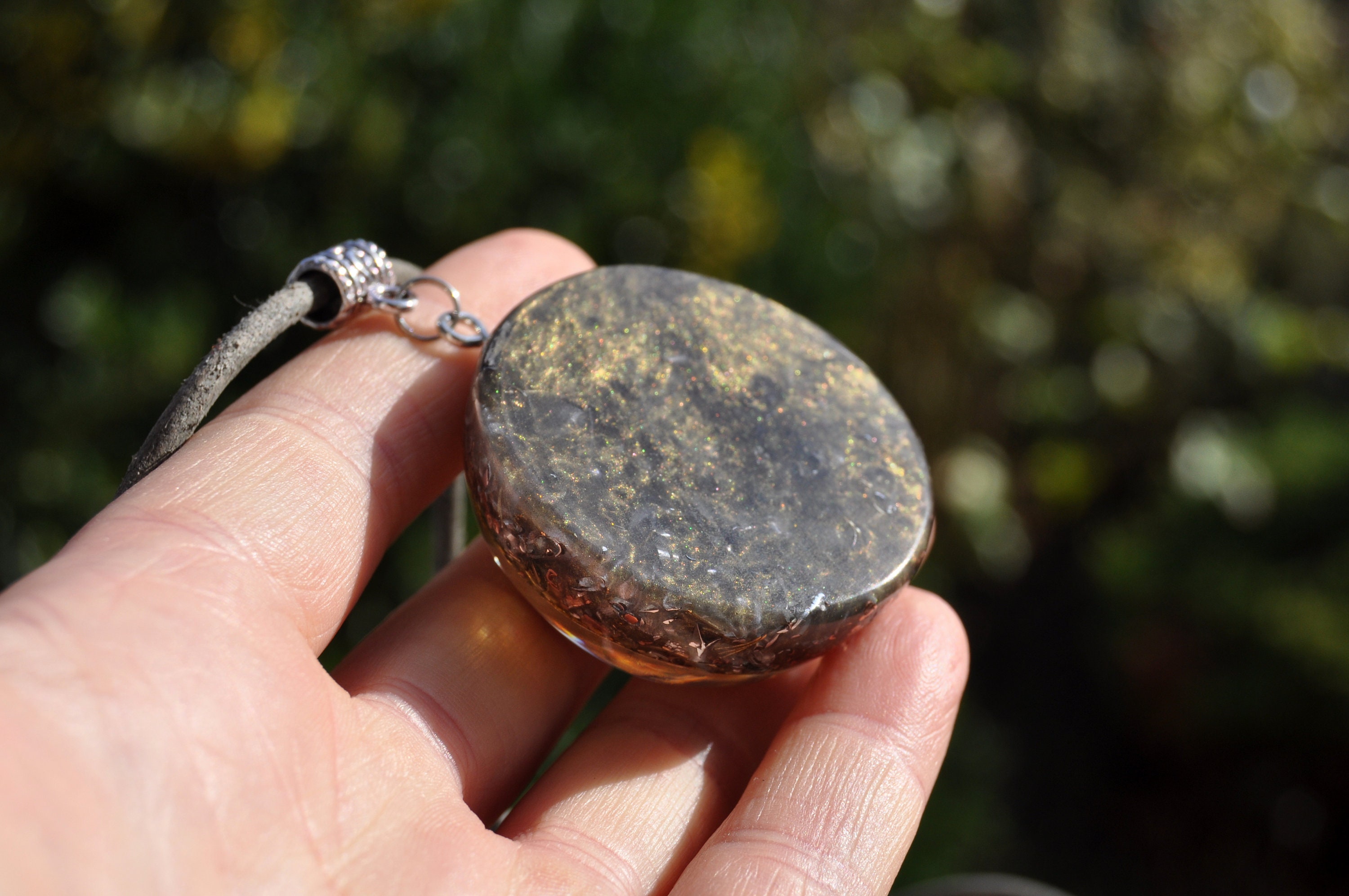 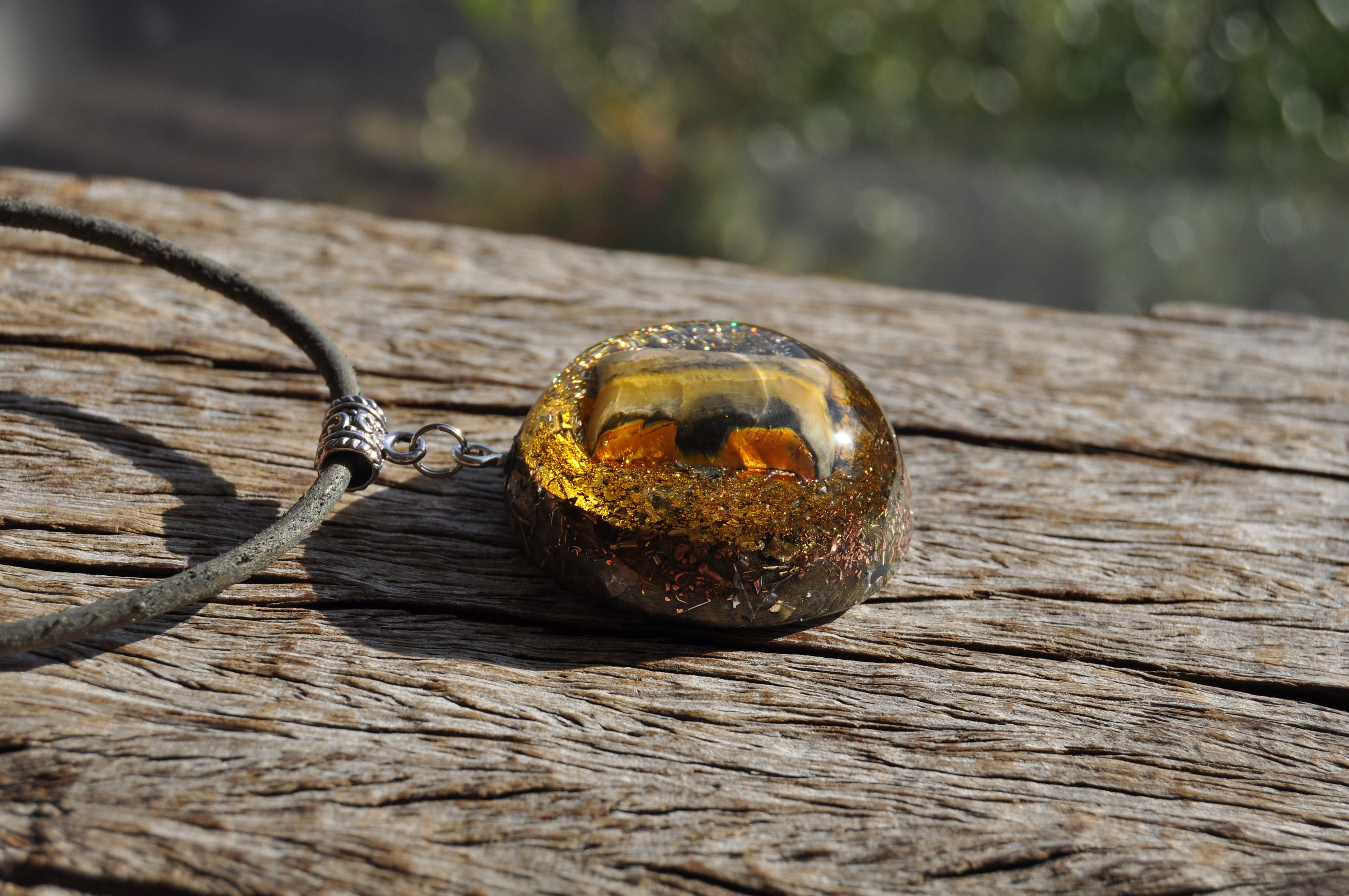 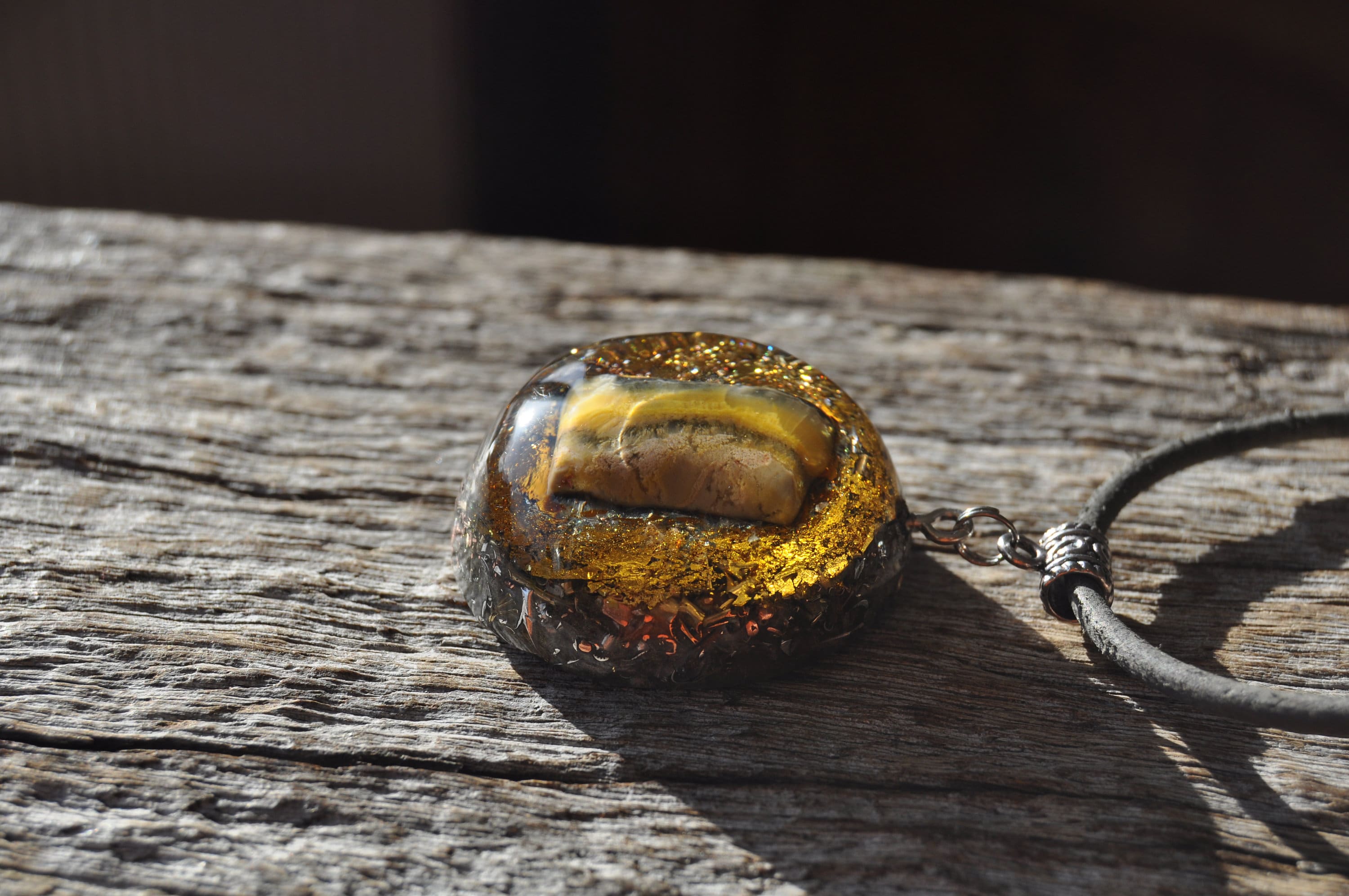 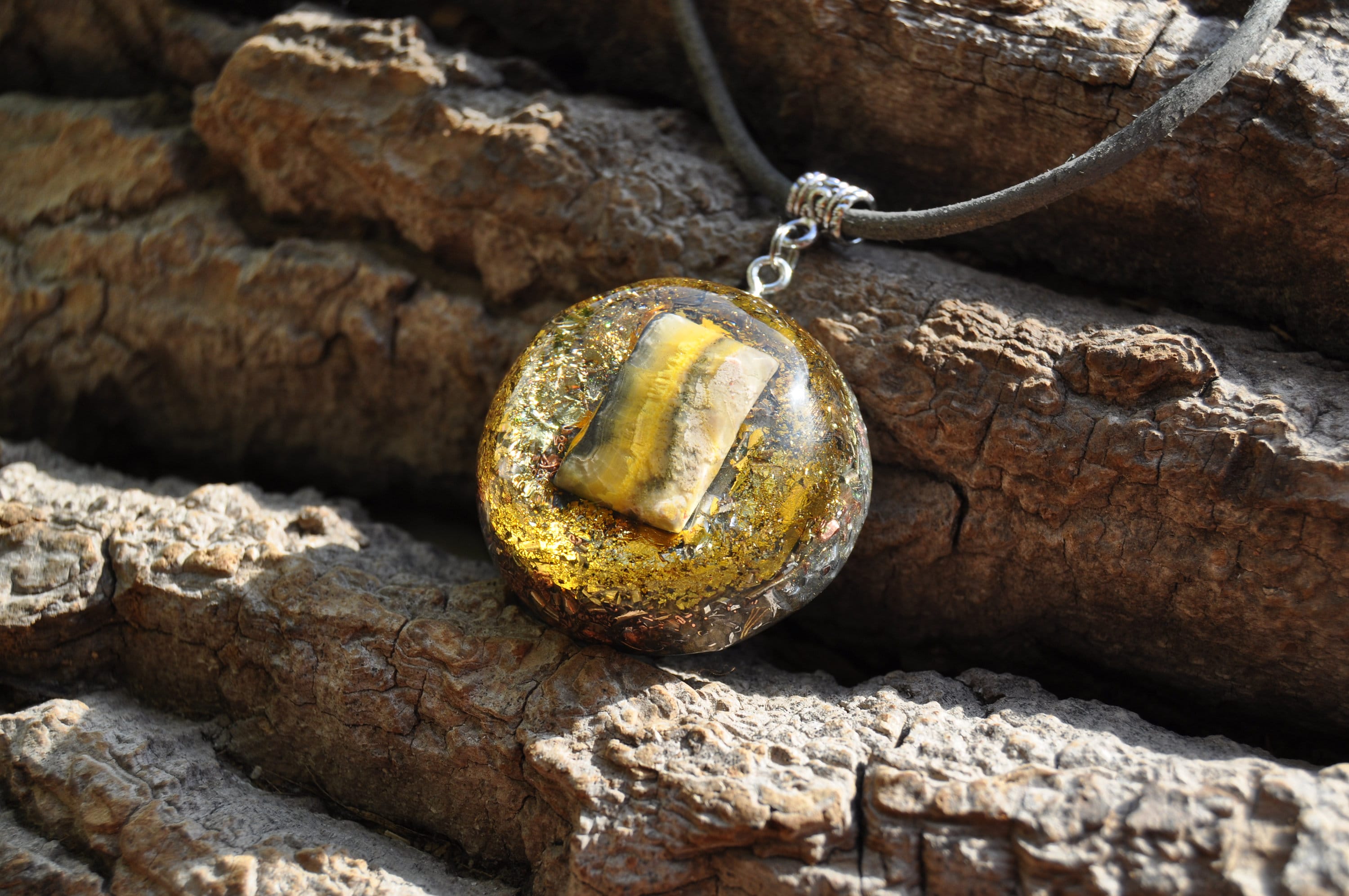 You will get the pendant as shown in the pictures.
This lovely 4.2 cm / 1.65" Orgonite® pendant is made out of lots of various metal shavings. The main stone features a llovely polished Bumble Bee Jasper which you can see in the front. It furthermore contains Rose Quartz (self - love), Pyrite (to enhance), Elite Shungite (emf protection), black Tourmaline (to protect and ground excess energy), Selenite (to clean and charge the other crystals), Rhodizite crystal (to enhance) and clear quartz (for piezo-electric effect) all within a durable resin setting.

It comes on leather suede cord with lobster clasp closing. You will be able to let me know your preferred necklace length while ordering.