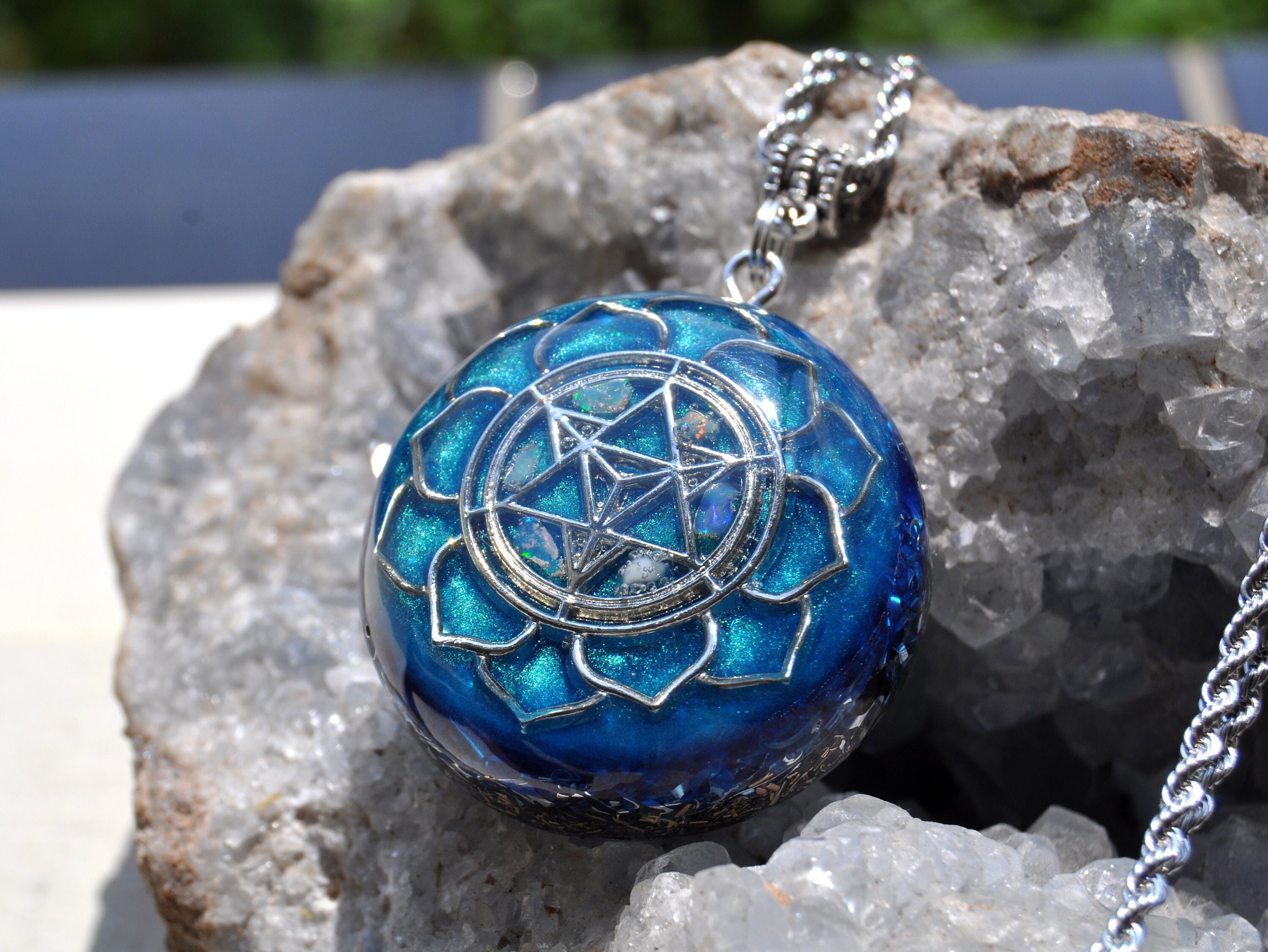 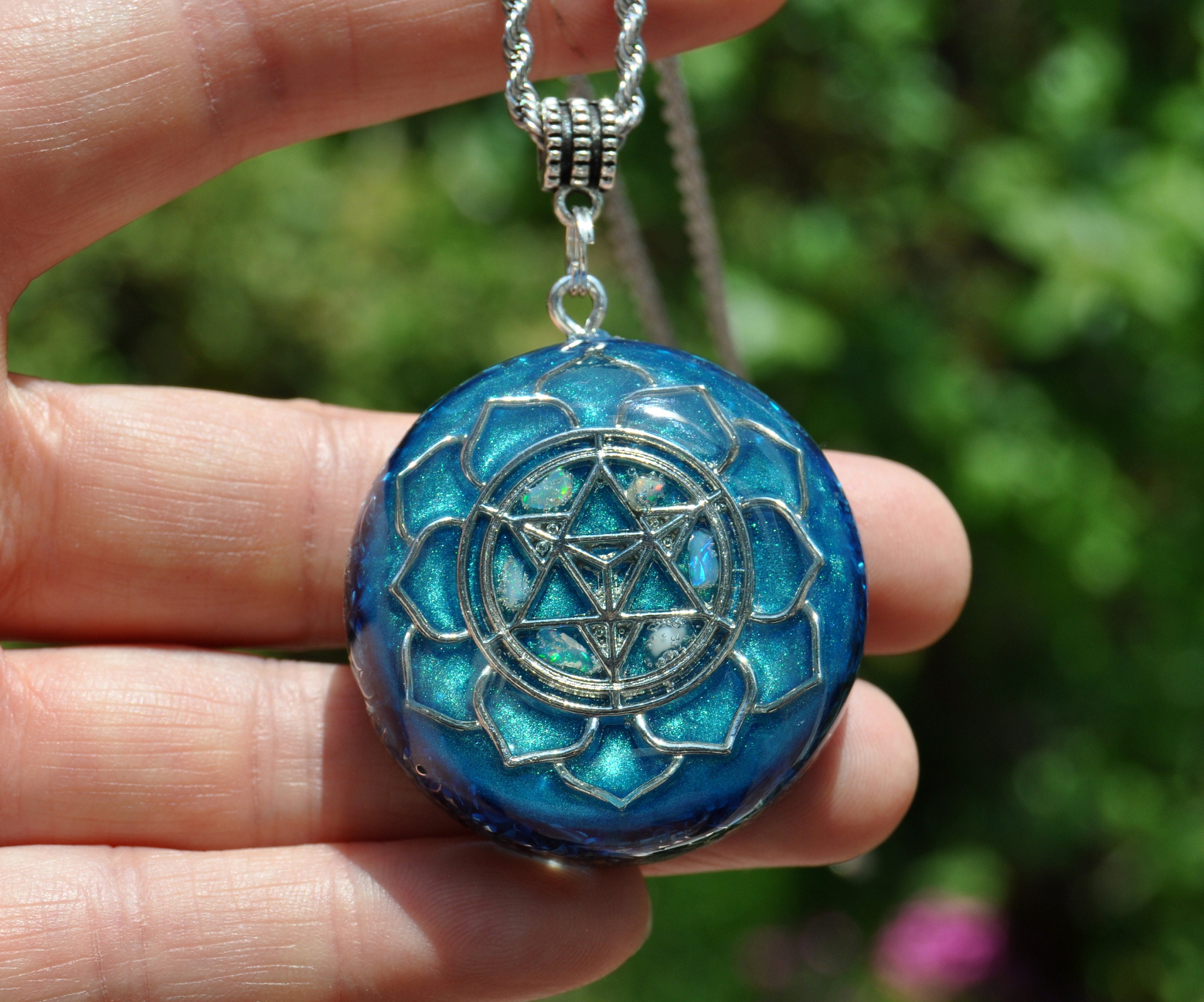 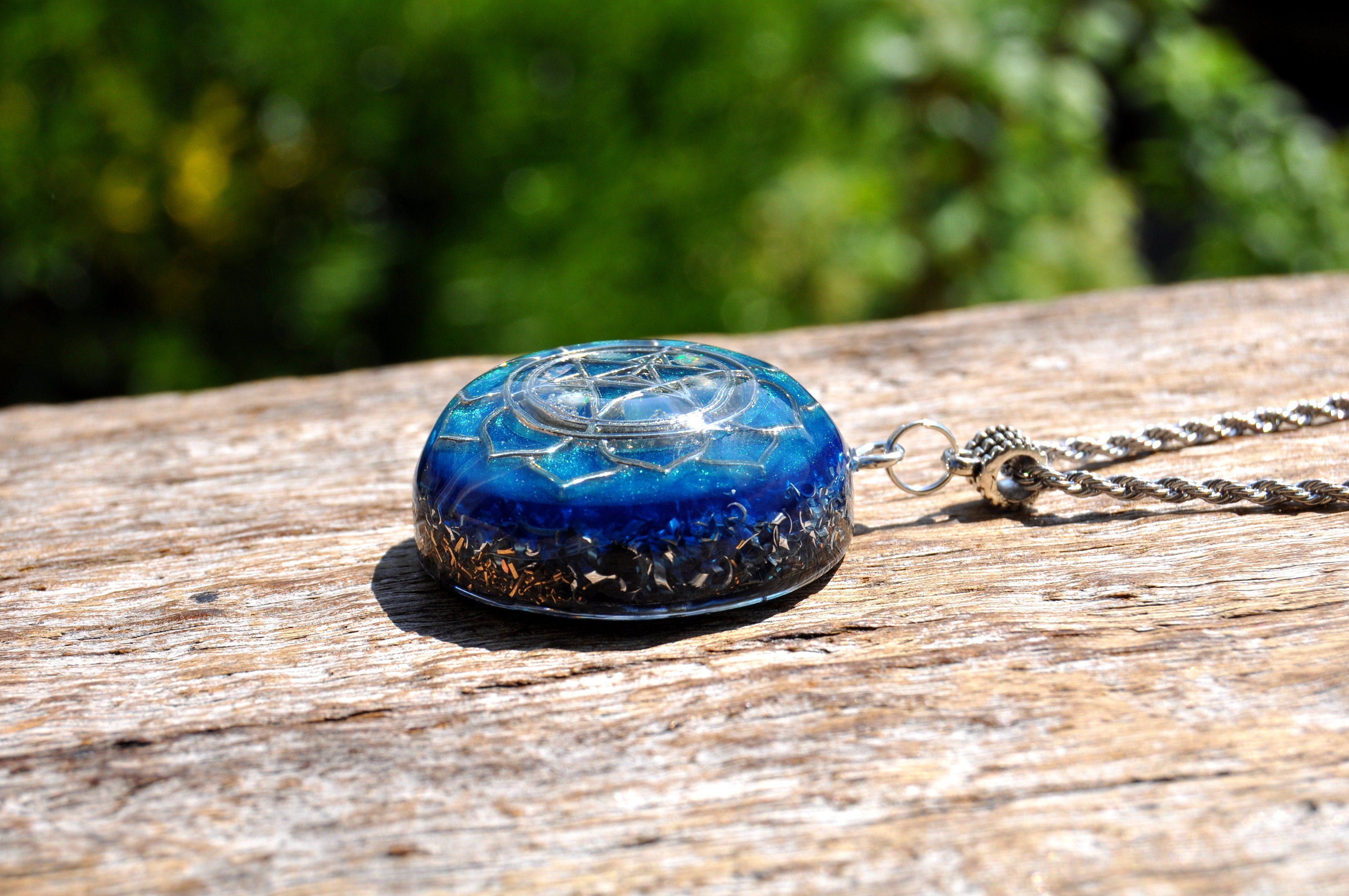 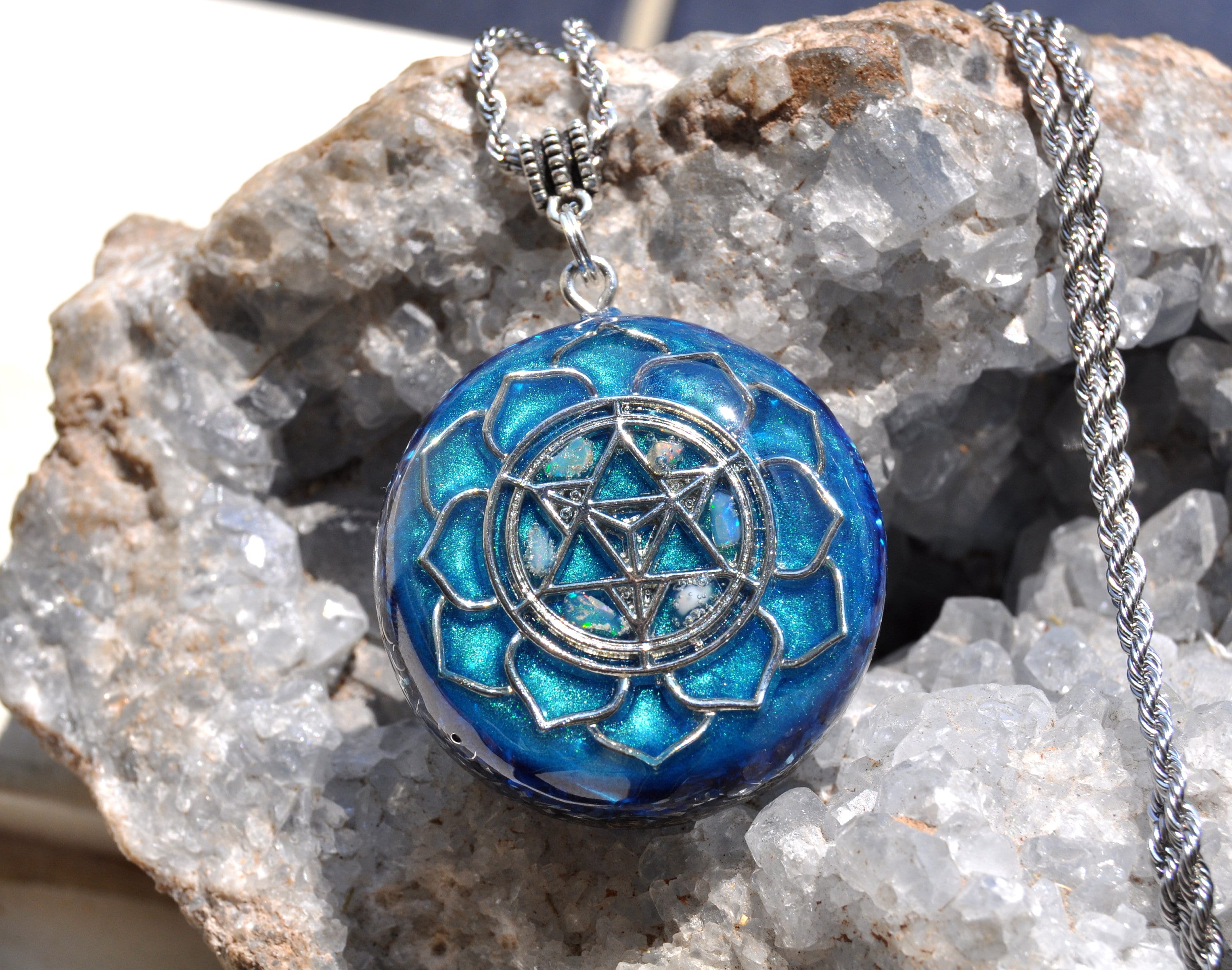 This 3.9 cm / 1.53" in diameter Orgonite® pendant features a Merkaba surrounded by petals in the front. Inside the petals are handcut raw Welo Opals laid. It furthermore consists of Elite Shungite (emf protection), Rose Quartz (self - love), Pyrite (to enhance), black Tourmaline (to protect and ground excess energy), Rhodizite (to amplify the other crystals) and clear quartz (for piezo-electric effect) all within a durable two tone colored resin setting.

MERKABA
The word Merkaba is actually composed of three separate words: Mer, which means light, Ka, which means spirit and Ba, which means Body. Put together, these three words connote the union of spirit with the body, surrounded by light. The symbol, which takes the shape of a star, is believed to be a divine vehicle made entirely of light and designed to transport or connect the spirit and body to higher realms. Ancient Jewish texts reveal that the word is also the Hebrew for a chariot, and the Bible reveals that the word Merkaba itself is found in the Old Testament a total of 44 times.

It is said that the symbol is composed of two-star tetrahedrons, which consists of counter-rotating fields of light and energy that surrounds each person. This energy extends beyond the body. Some believe that even planets have this Merkaba energy field around it.

It comes on an stainless steel 60 cm / 24 inches necklace with lobster clasp closing.