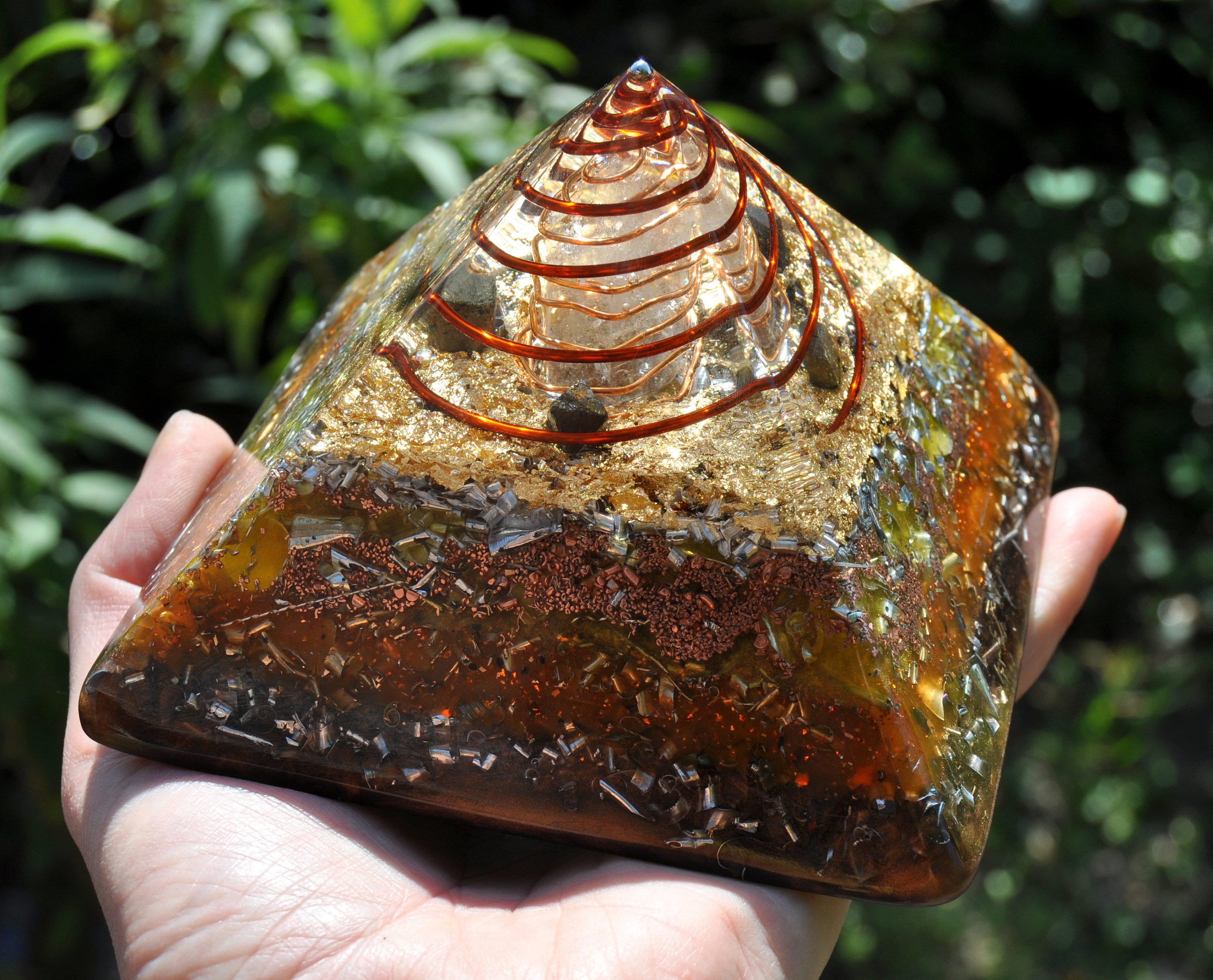 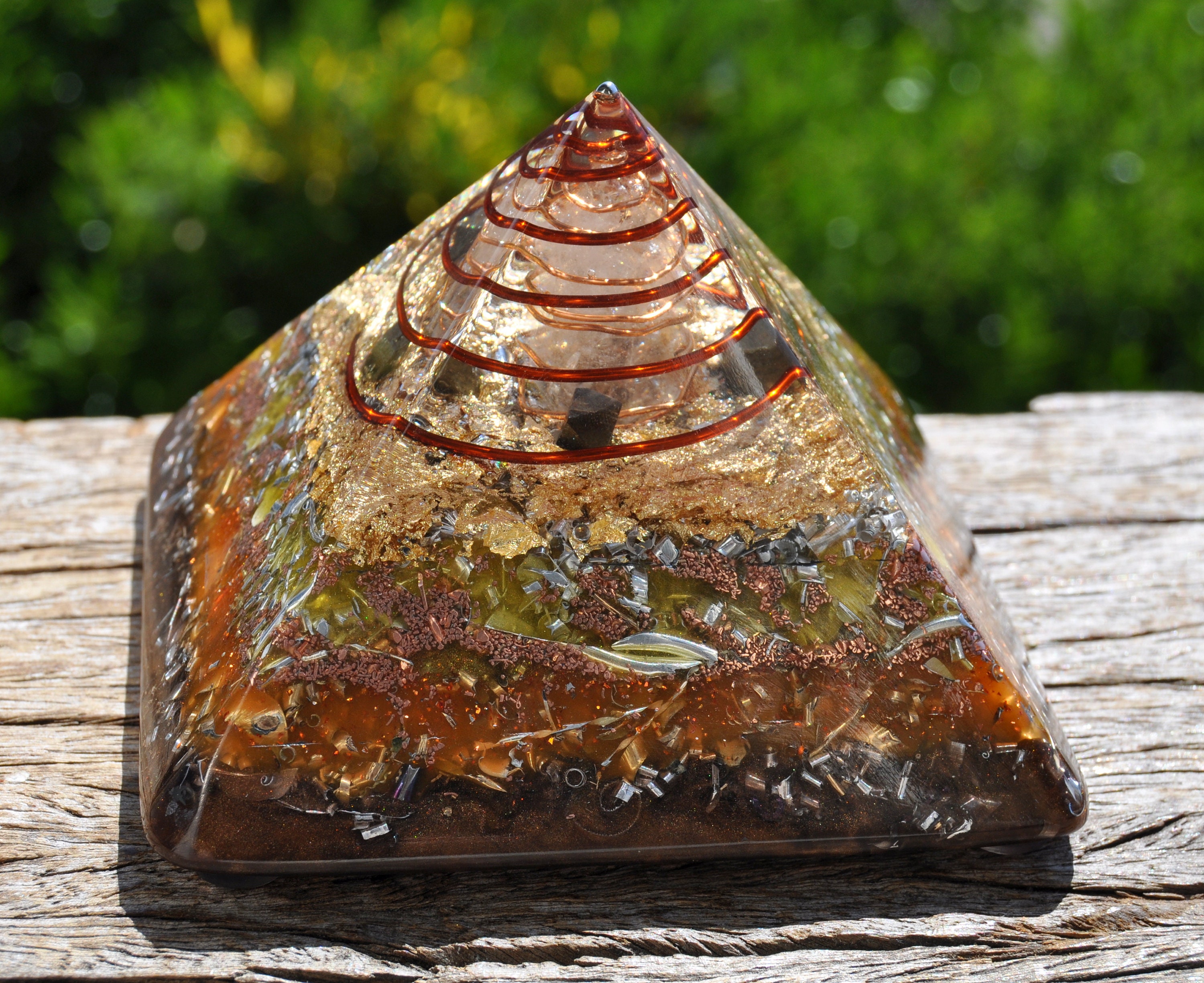 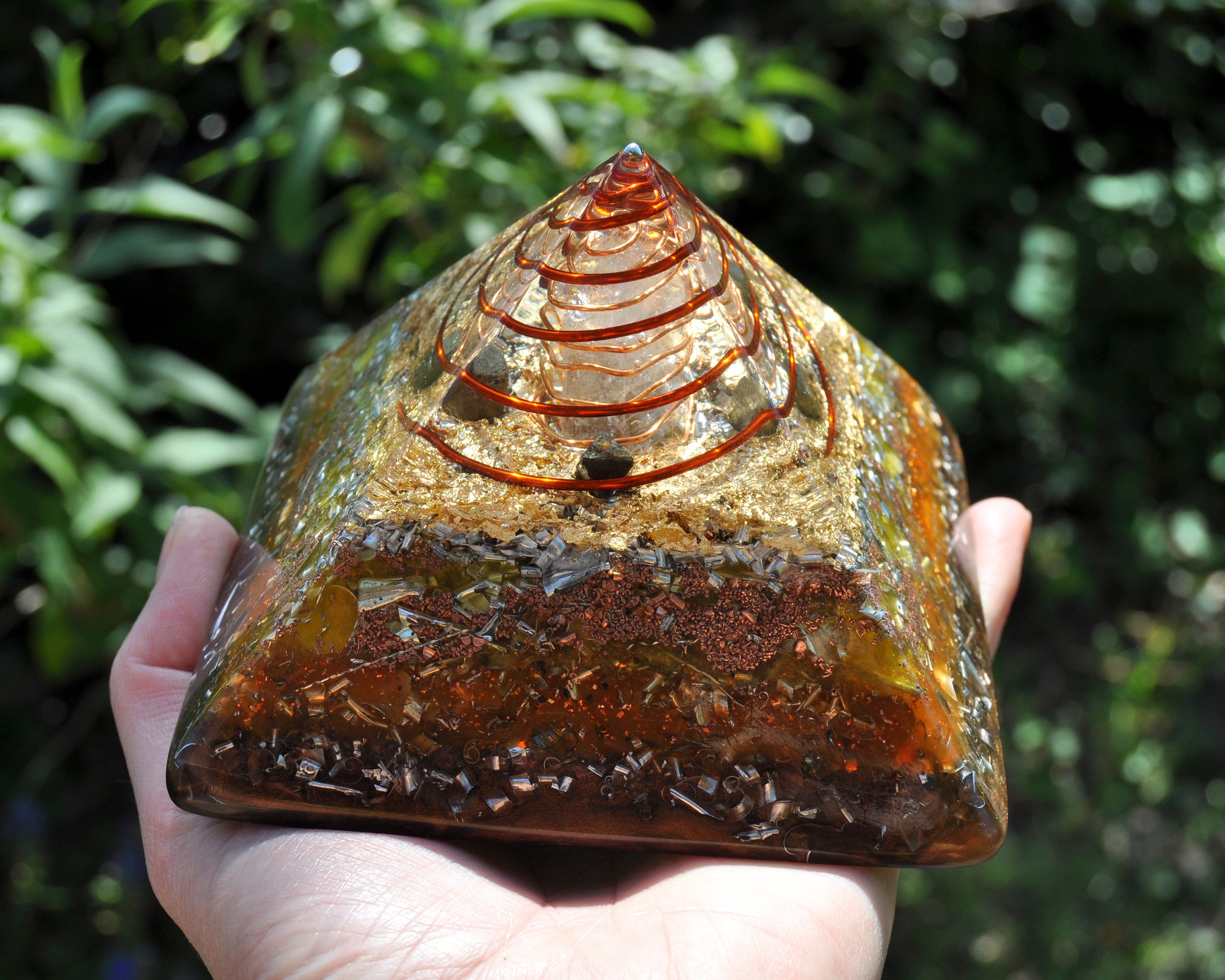 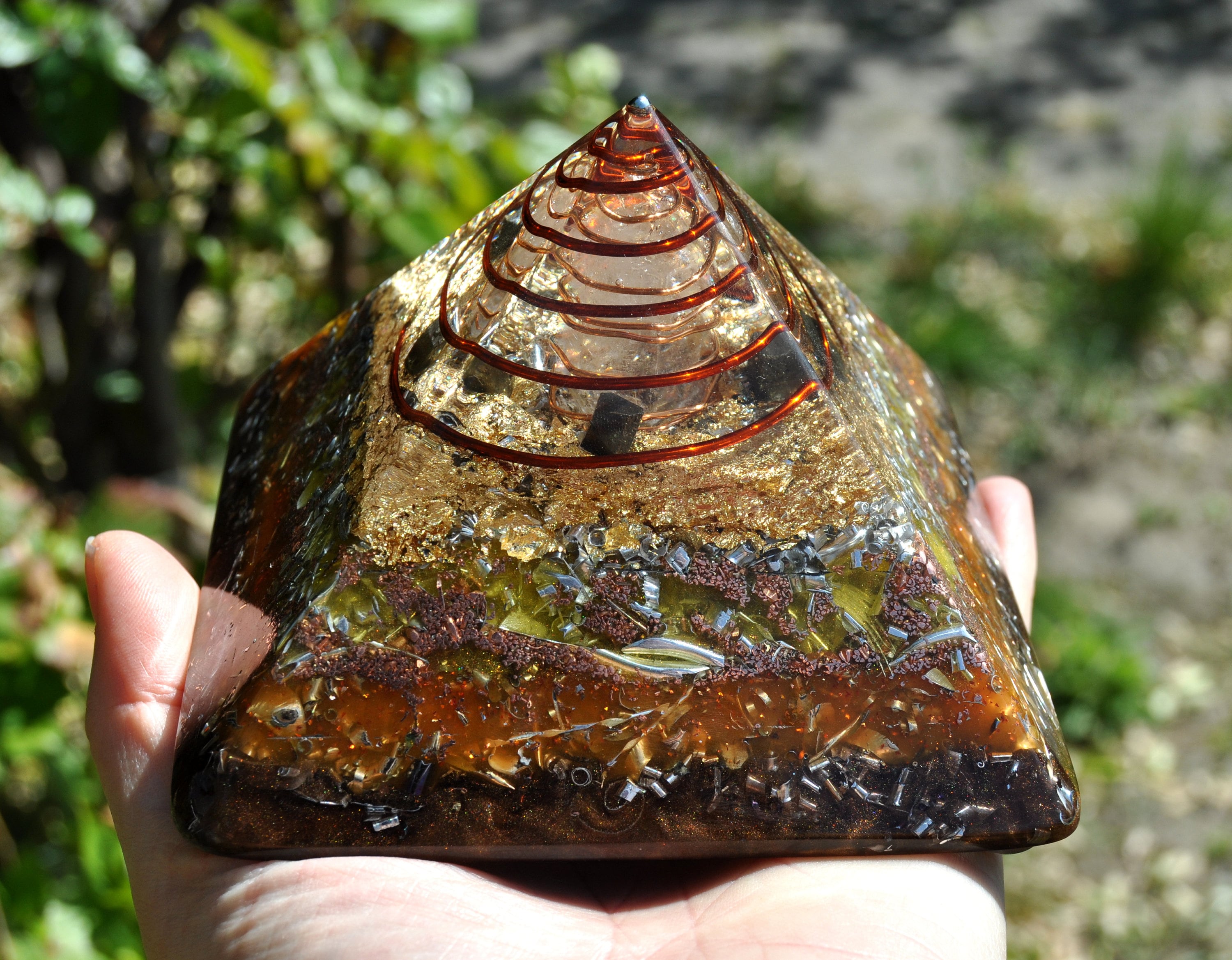 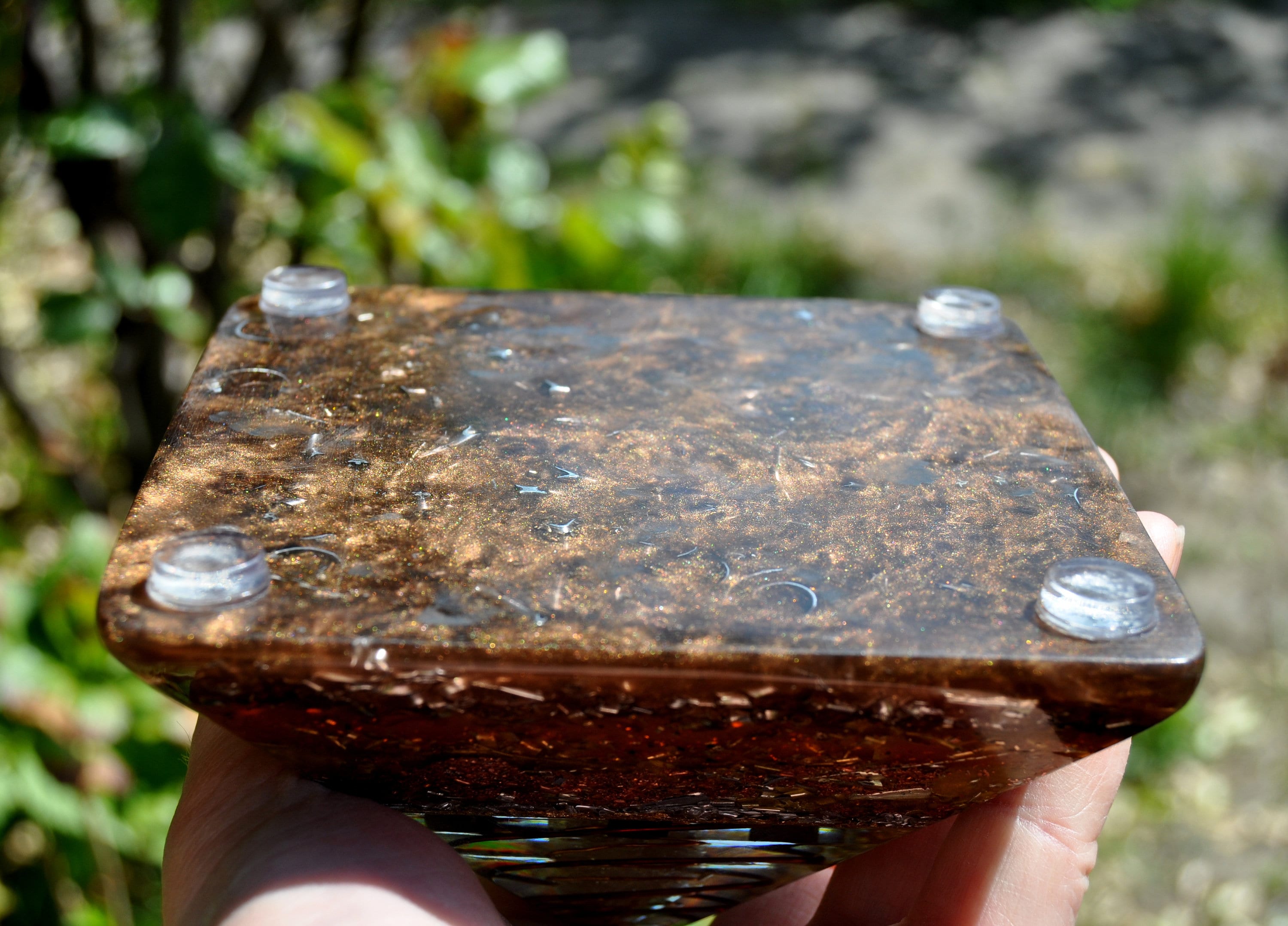 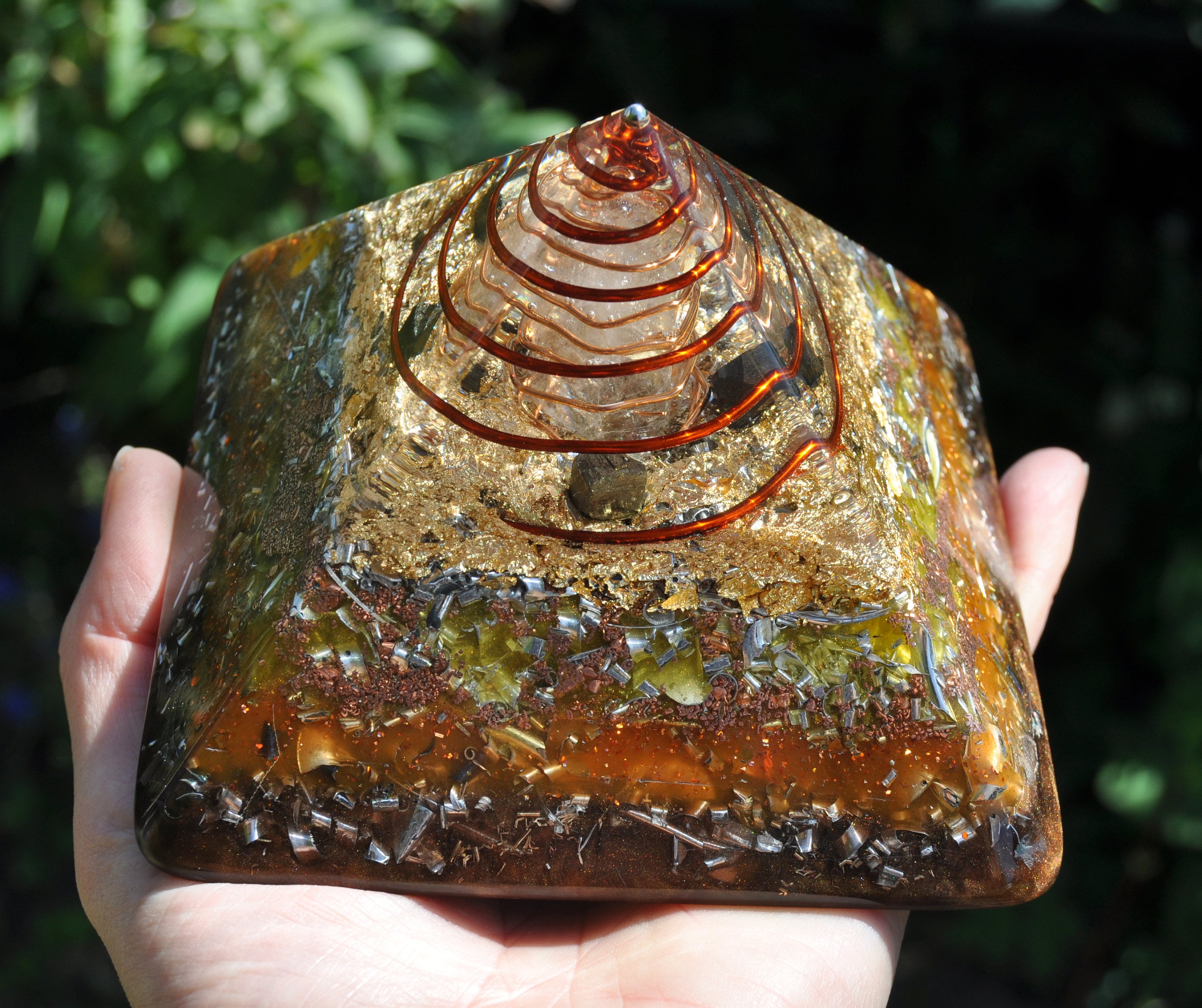 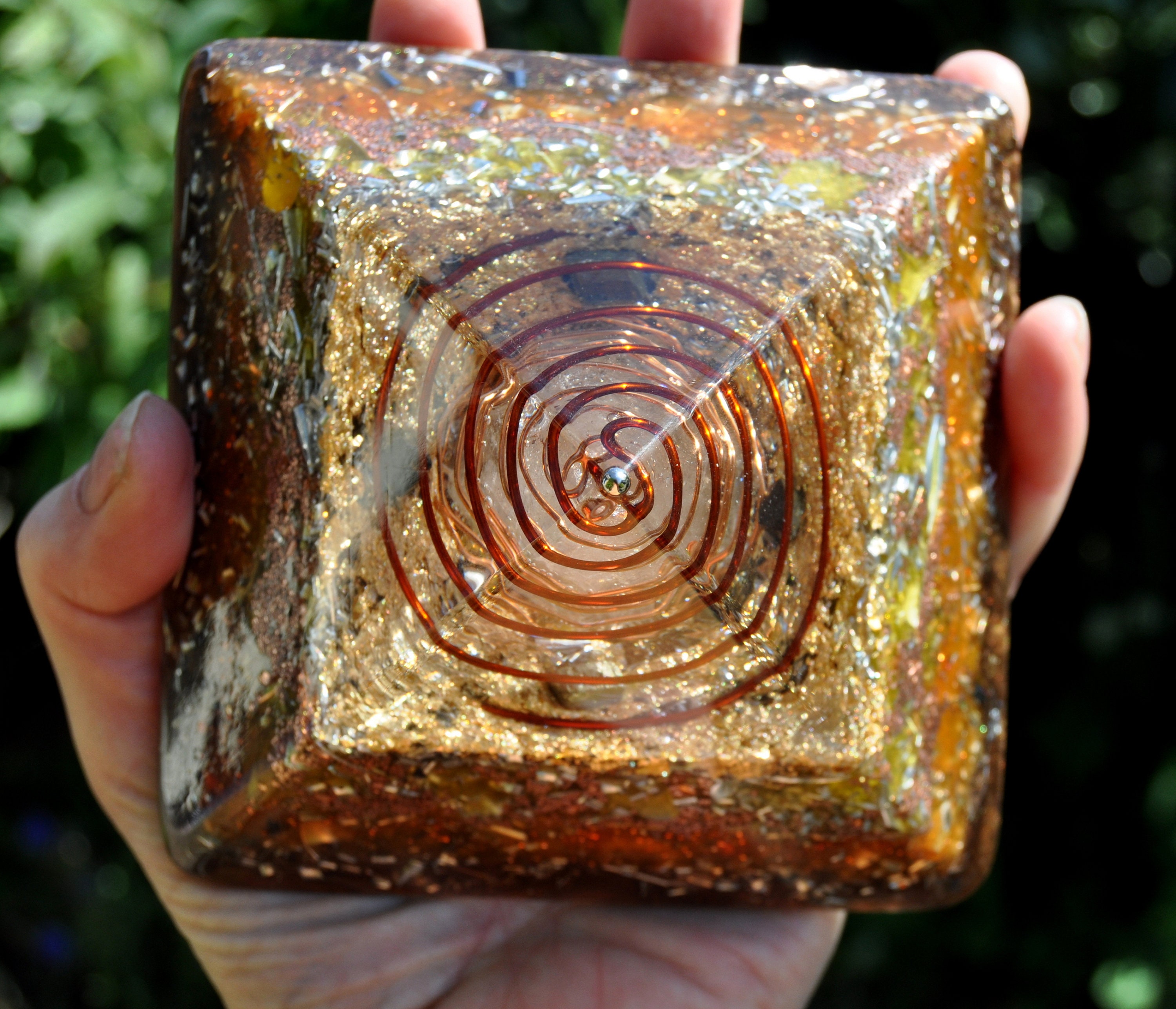 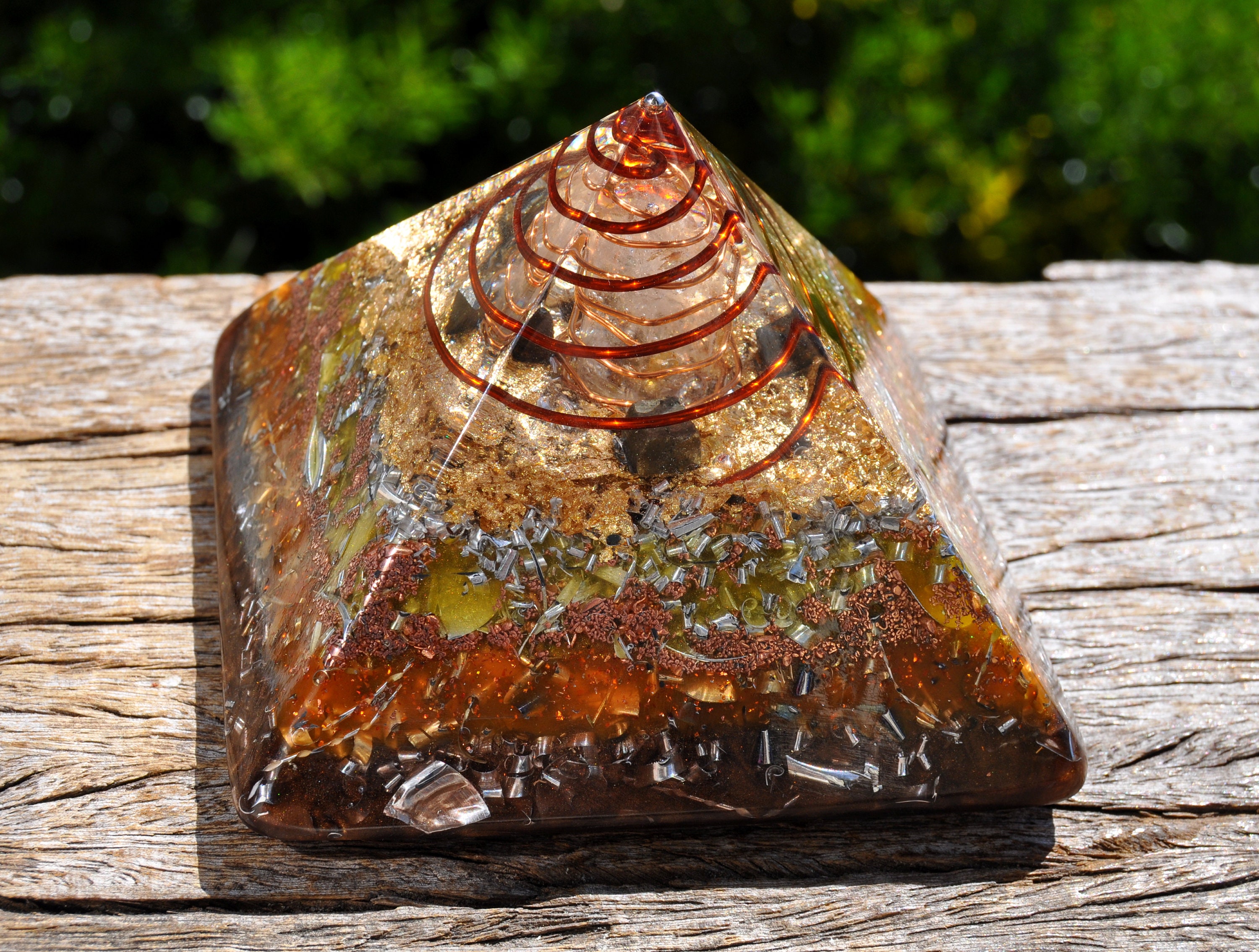 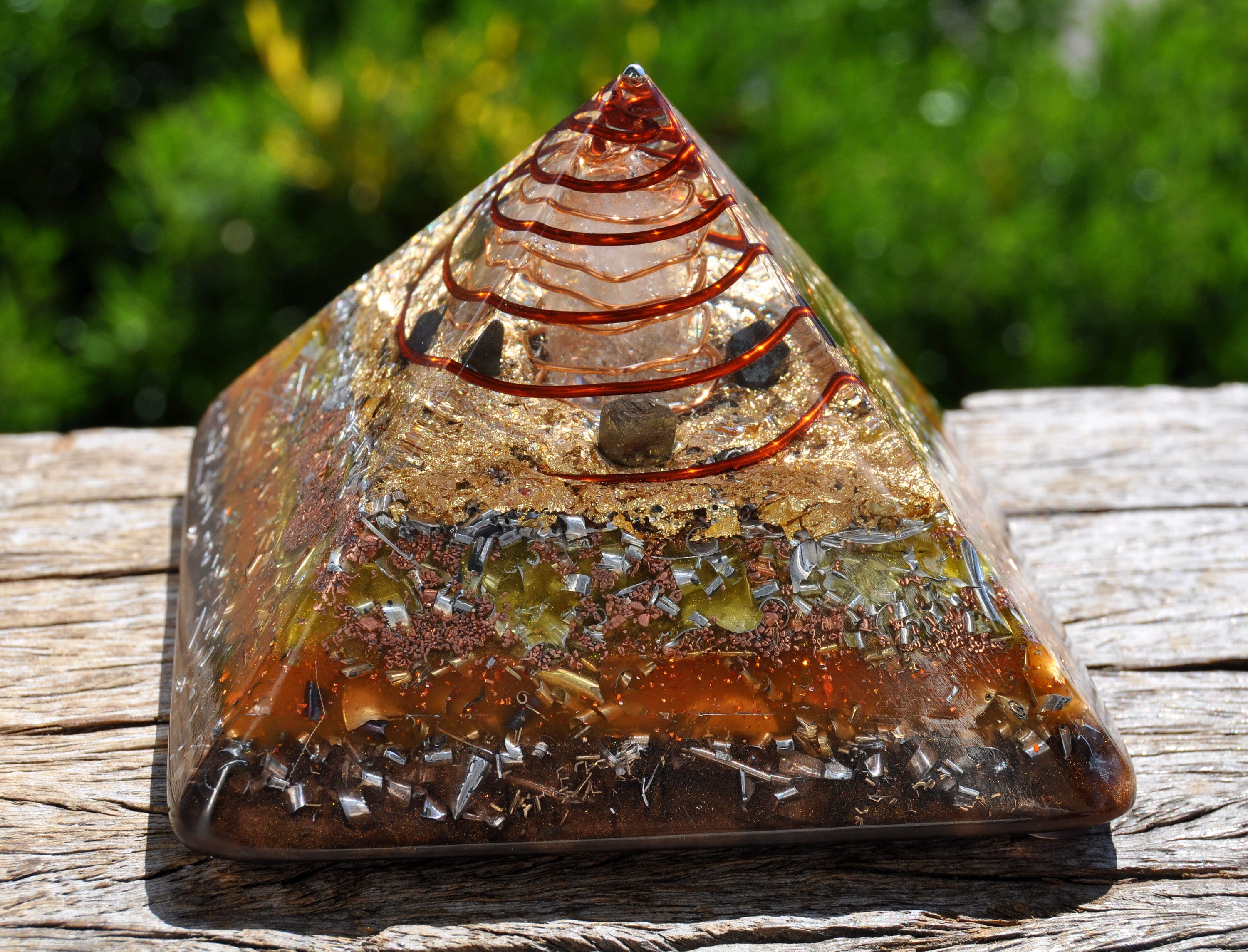 This is a unique Orgonite® pyramid with the original shape of the actual Giza pyramid in Egypt. It has a clear natural terminated quartz crsytal in the middle and a stainless steel bal directly in the top which makes the energy come out wide instead of a beam going straight out. This crystal is entwined with an metal SBB coil which amplifies, moves and directs energy. The coil also considerably increases the power and range of the pyramid. In all the corners lays a natural terminated clear crystal. The pattern on the sides is made of yellow copper.

In the top you can see two Magnetite Octahedrons and two Pyrite Cubes.

It also consists of the following stones (within the metal layers) 👉

Orgone is simply another word for what is also known as “Qi”, “Prana” and“Ether. It is a universal life-force energy which permeates all matter on earth. Orgone can exist in a positive, healthy form, as well as a stagnant, harmful form, often caused by modern technologies that emit EMF radiation. The side-effects of being surrounded by stagnant orgone energy include depression, anxiety, sleep problems, allergies, and other physical and mental health issues.