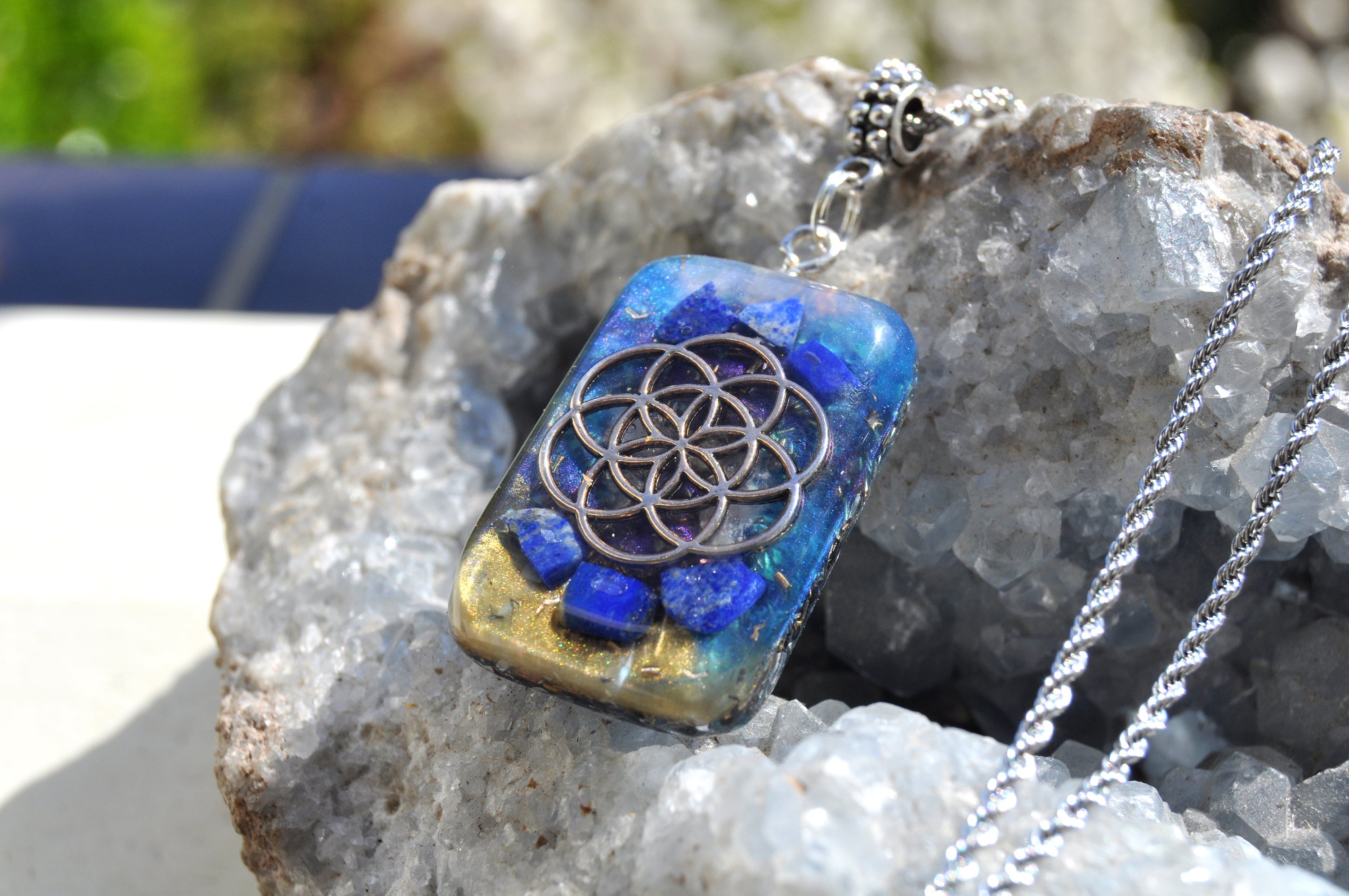 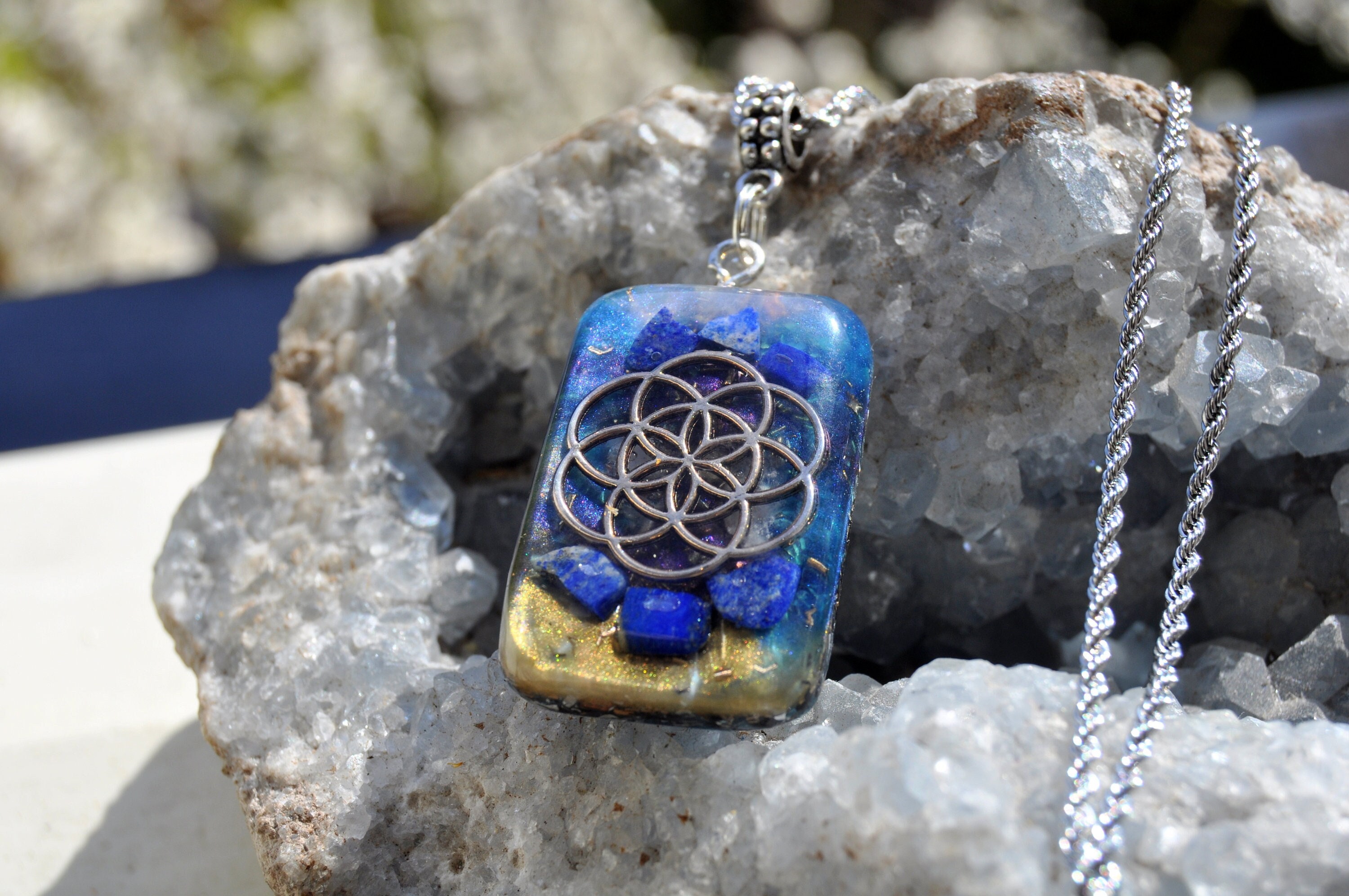 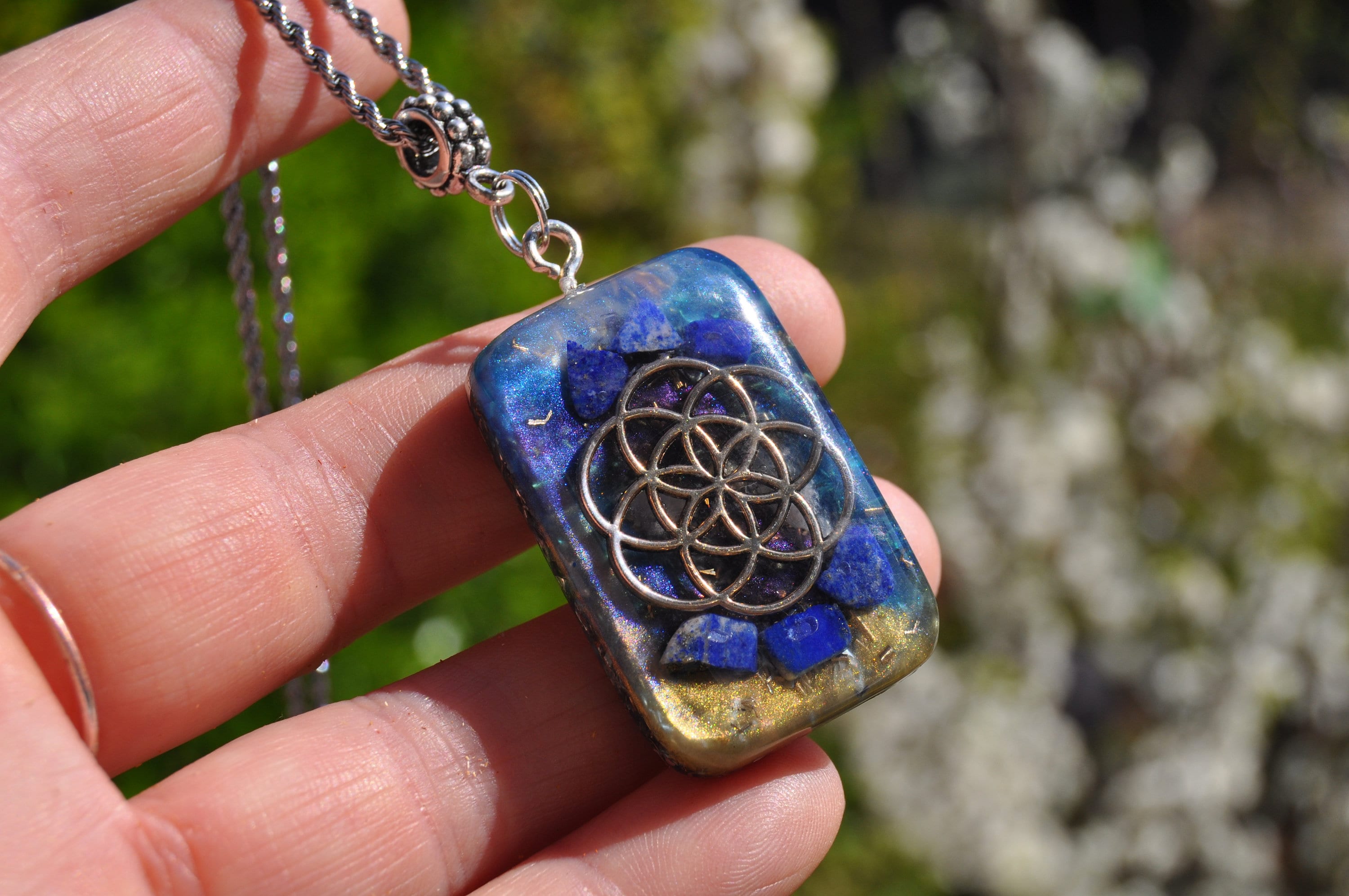 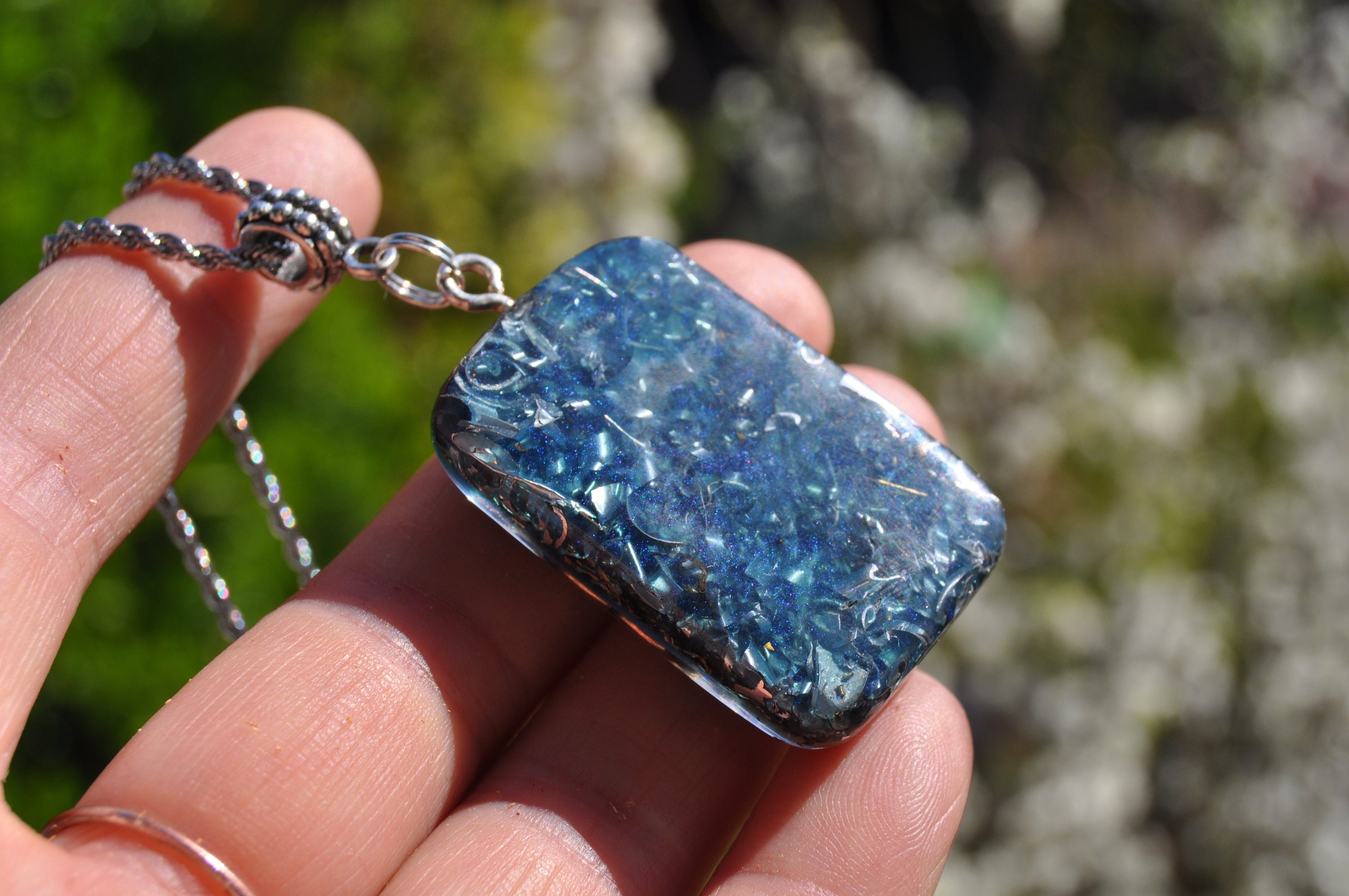 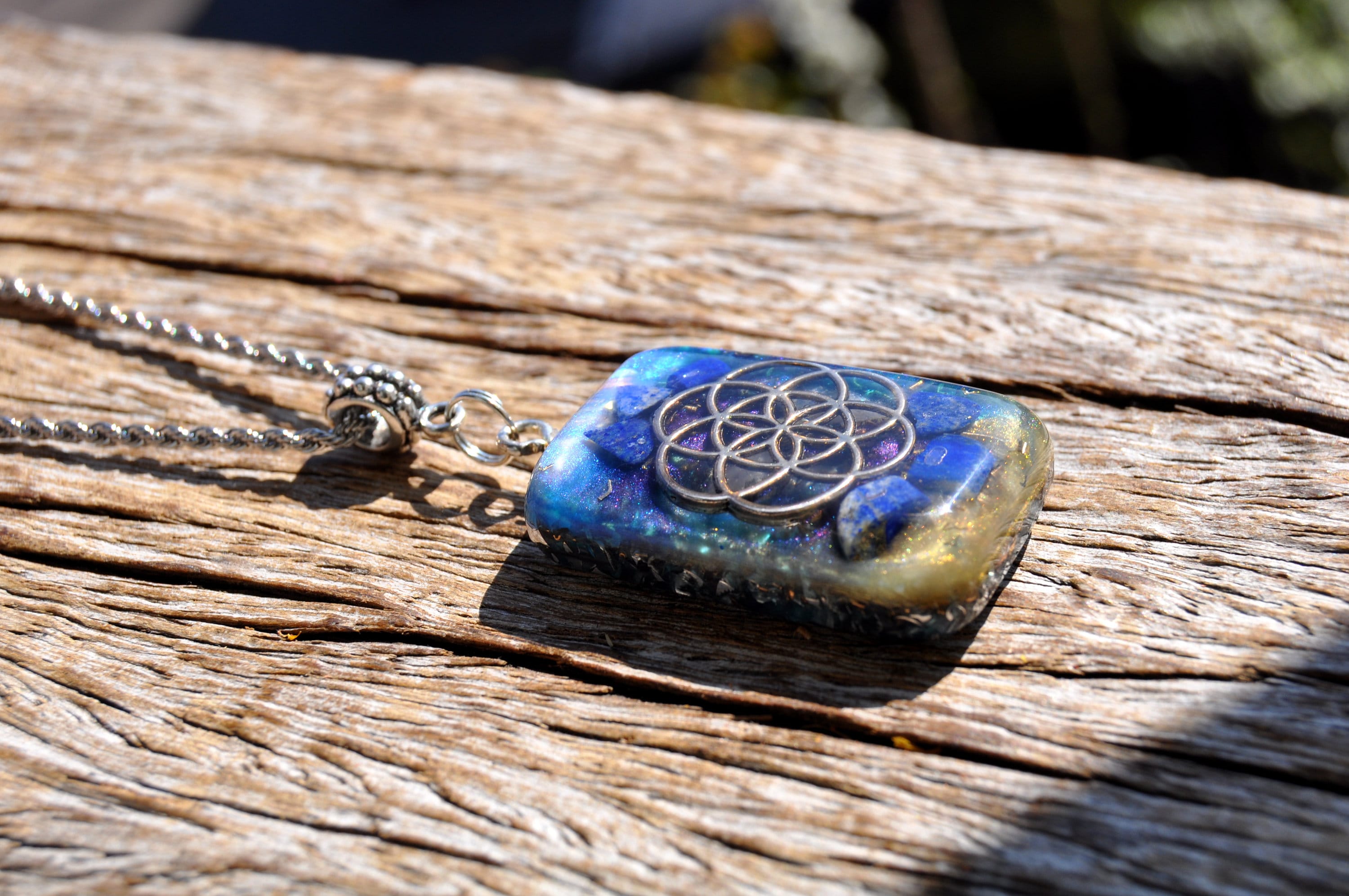 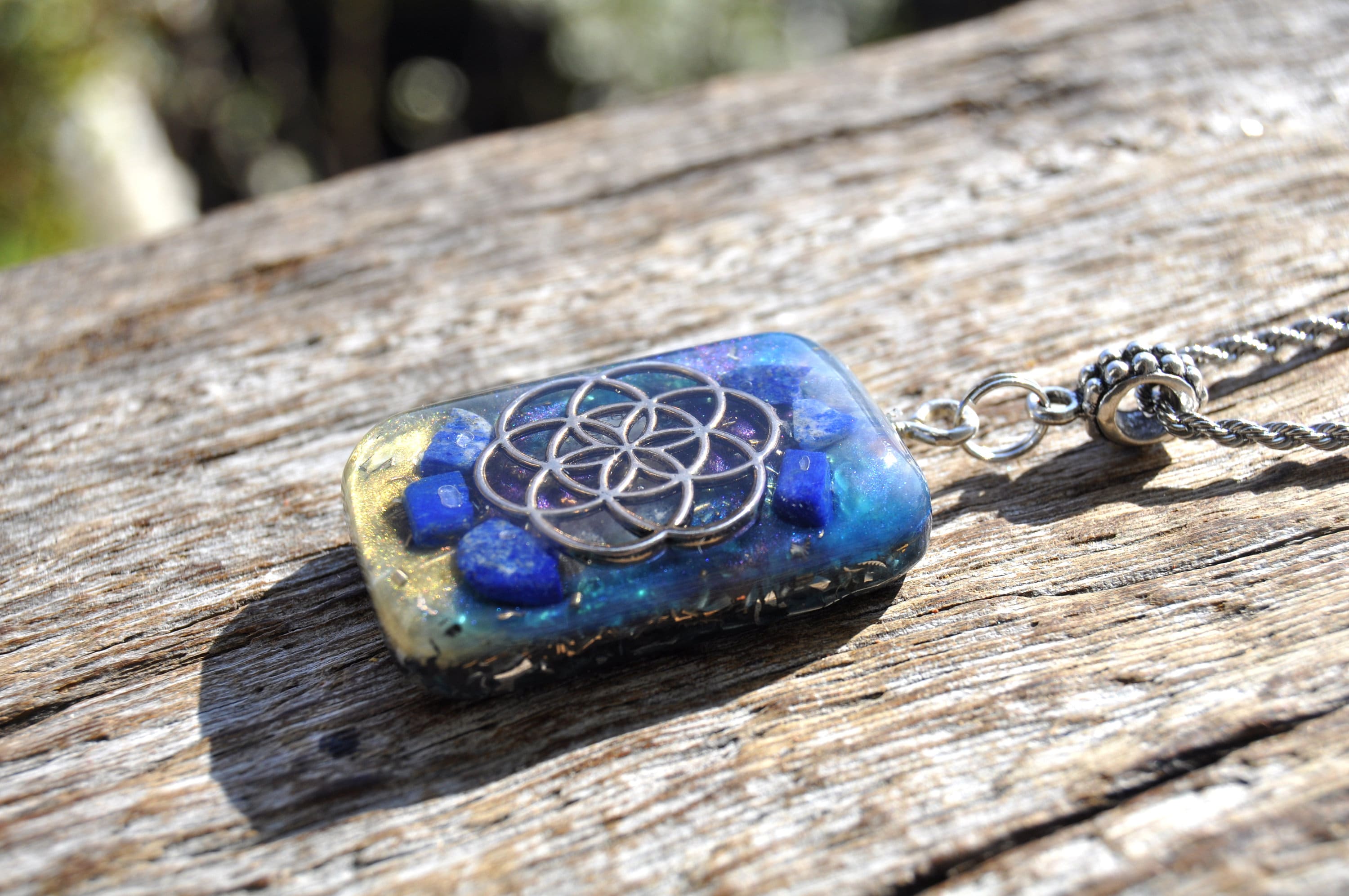 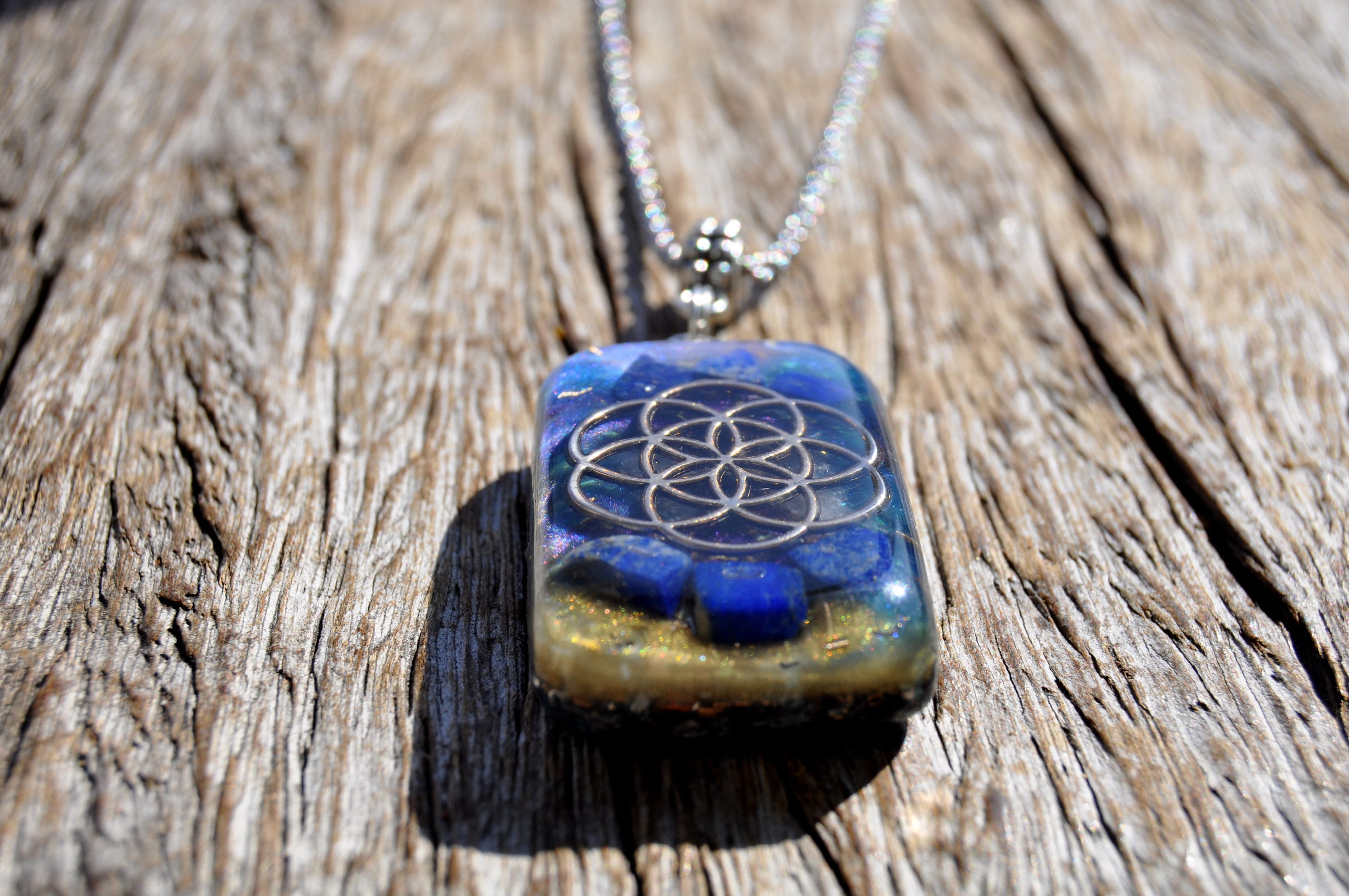 The main stone in this pendant is raw Lapis Lazuli pieces which you can see in the front of the pendant. It furthermore contains black Tourmaline (protects and grounds excess energy), ,Pyrite (to enhance and protect), black Tourmaline (protection and grounding excess energy), Elite Shungite (protection), Rhodizite (to amplify the other stones), Selenite (to clear and charge the other stones) and clear quartz (for piezo electric effect) all within a durable resin setting.

It consist of lots of different metal shavings which is required for the orgonite to properly work according to Wilhelm Reich's research.