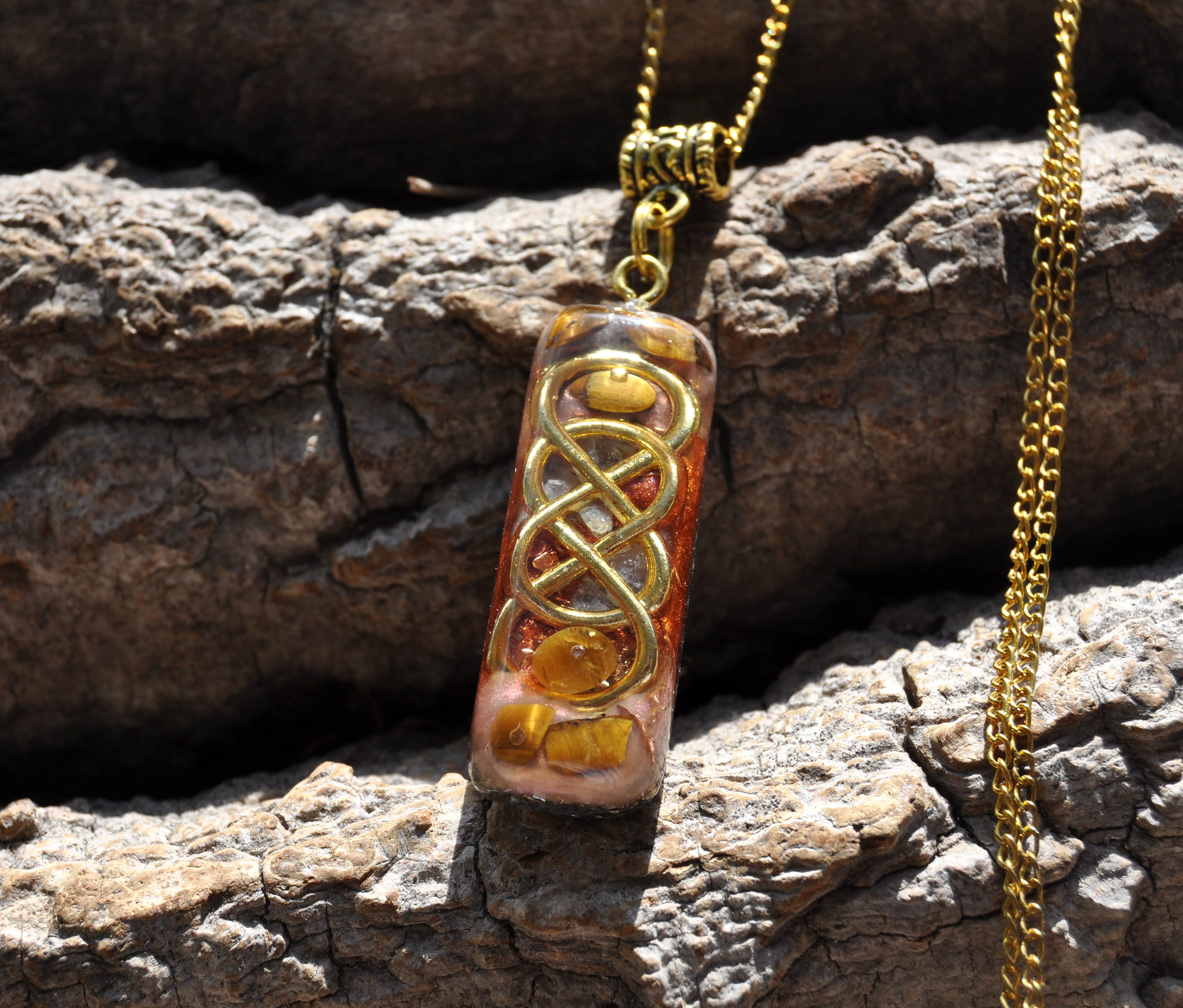 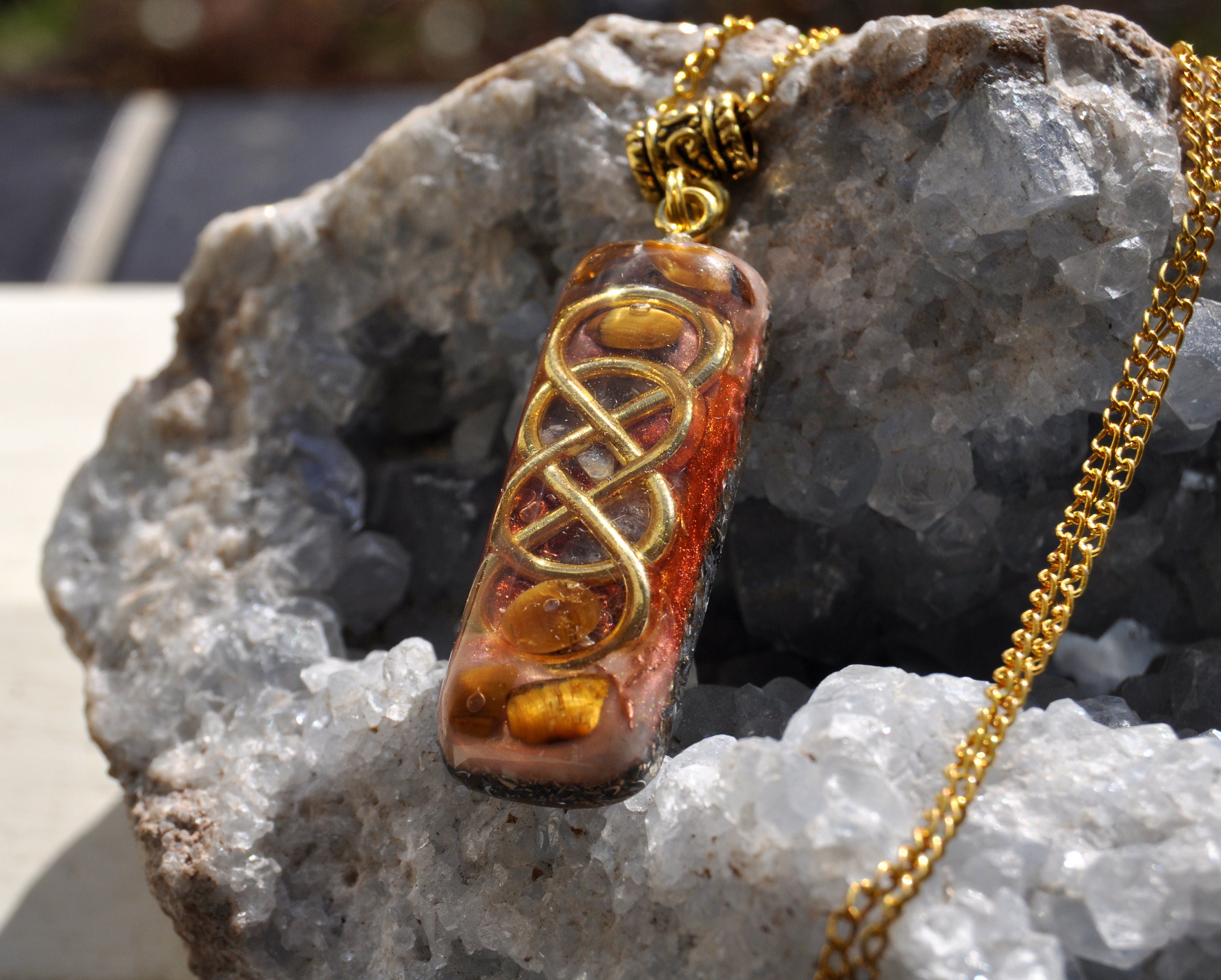 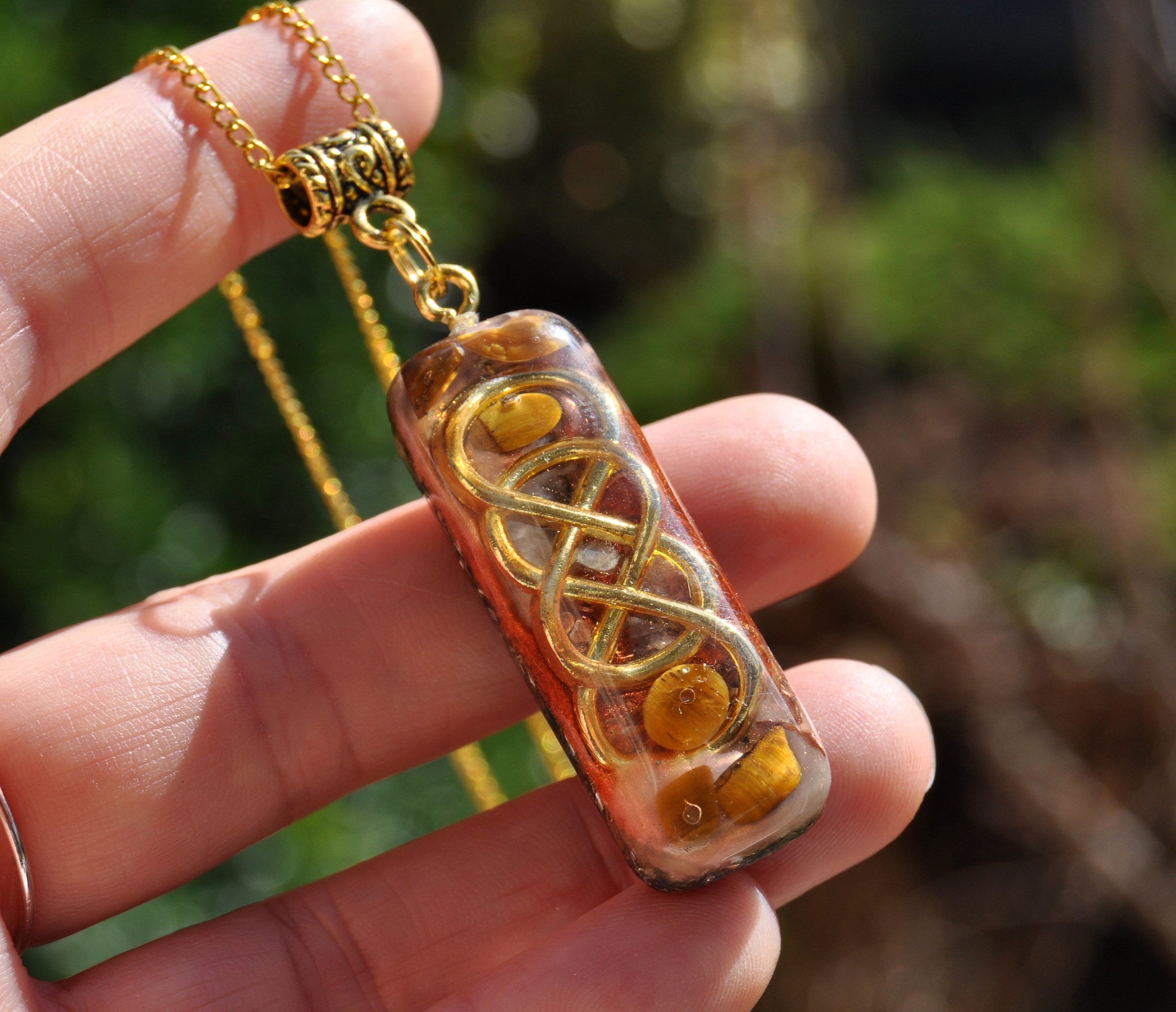 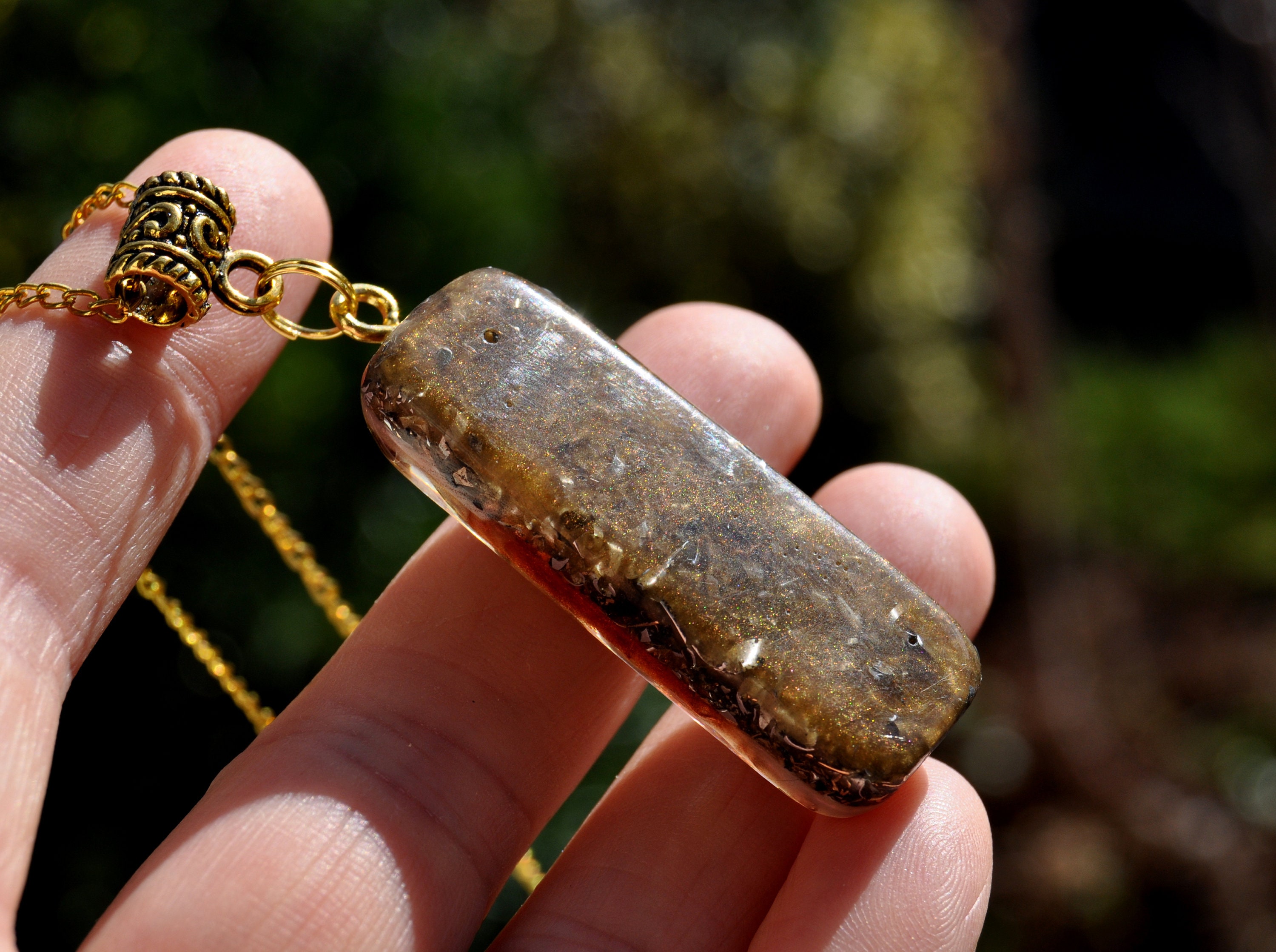 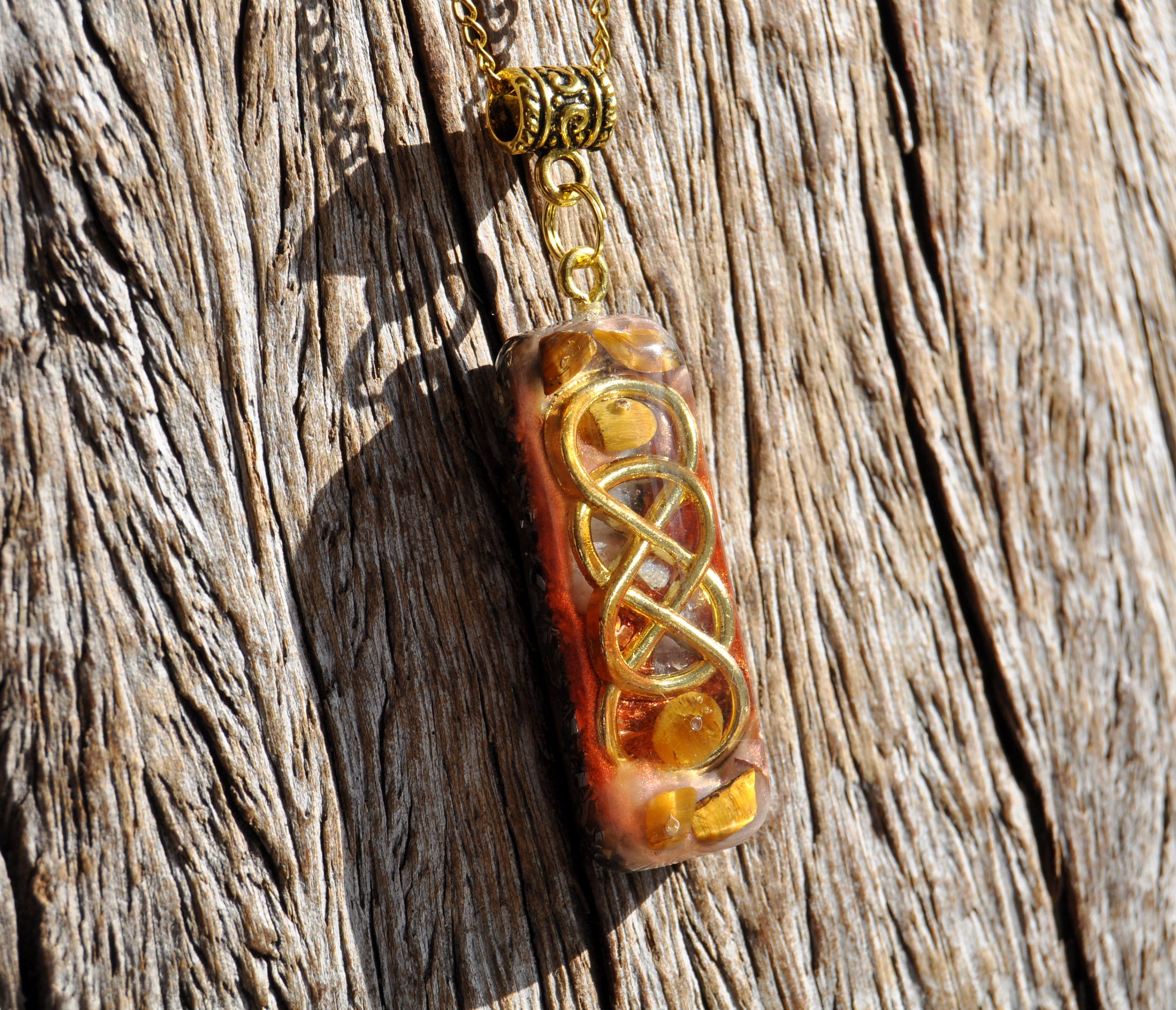 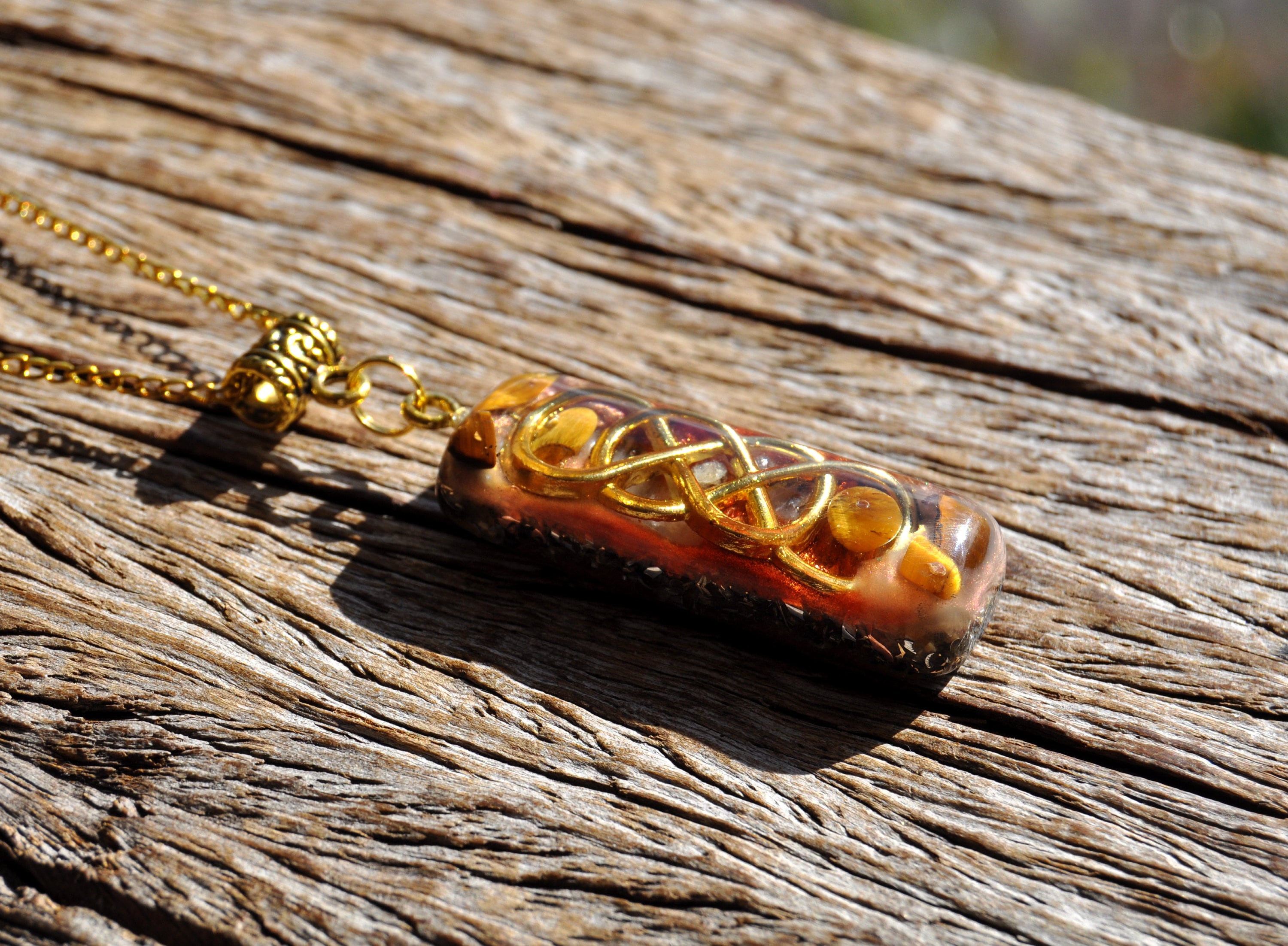 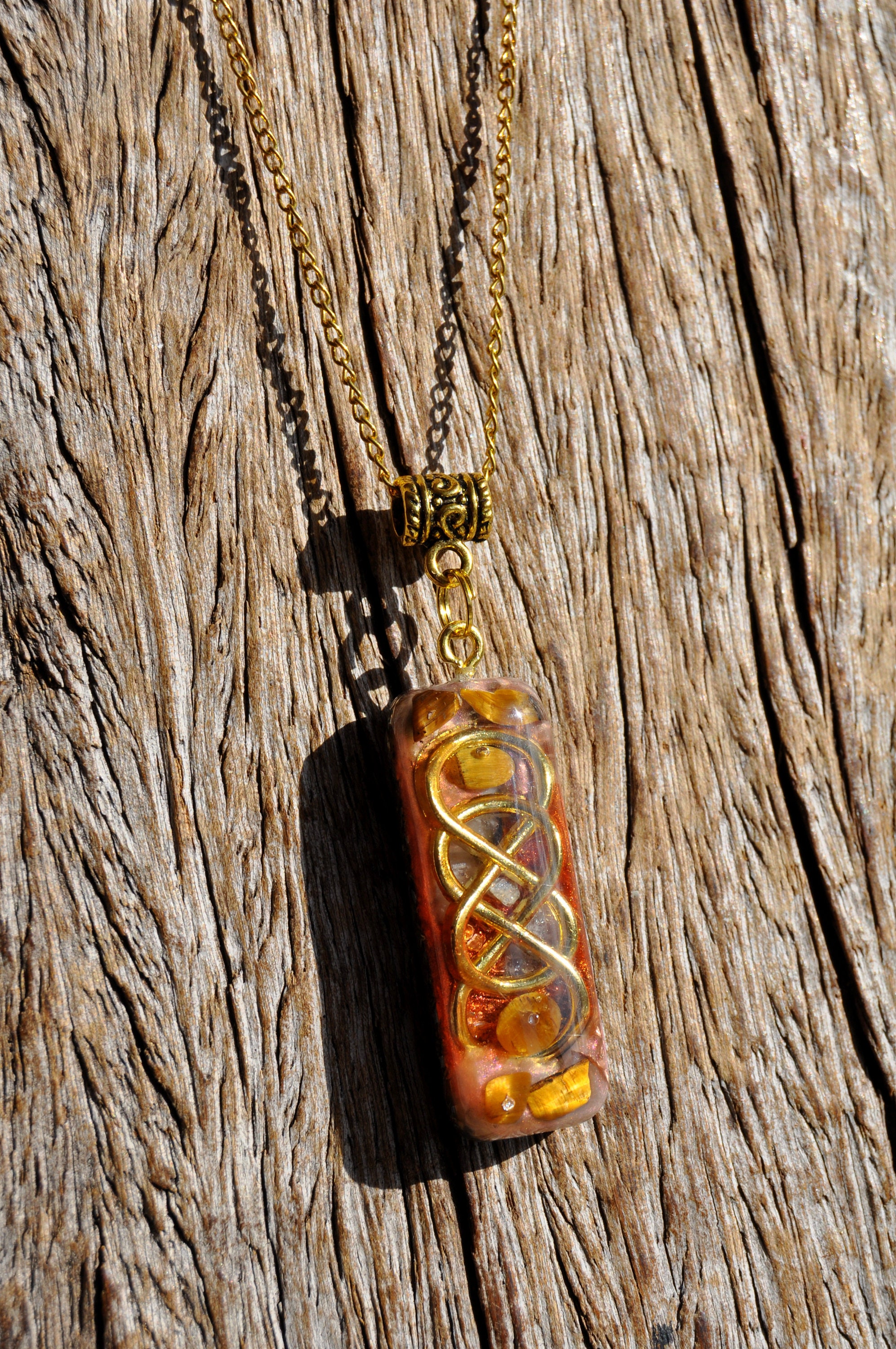 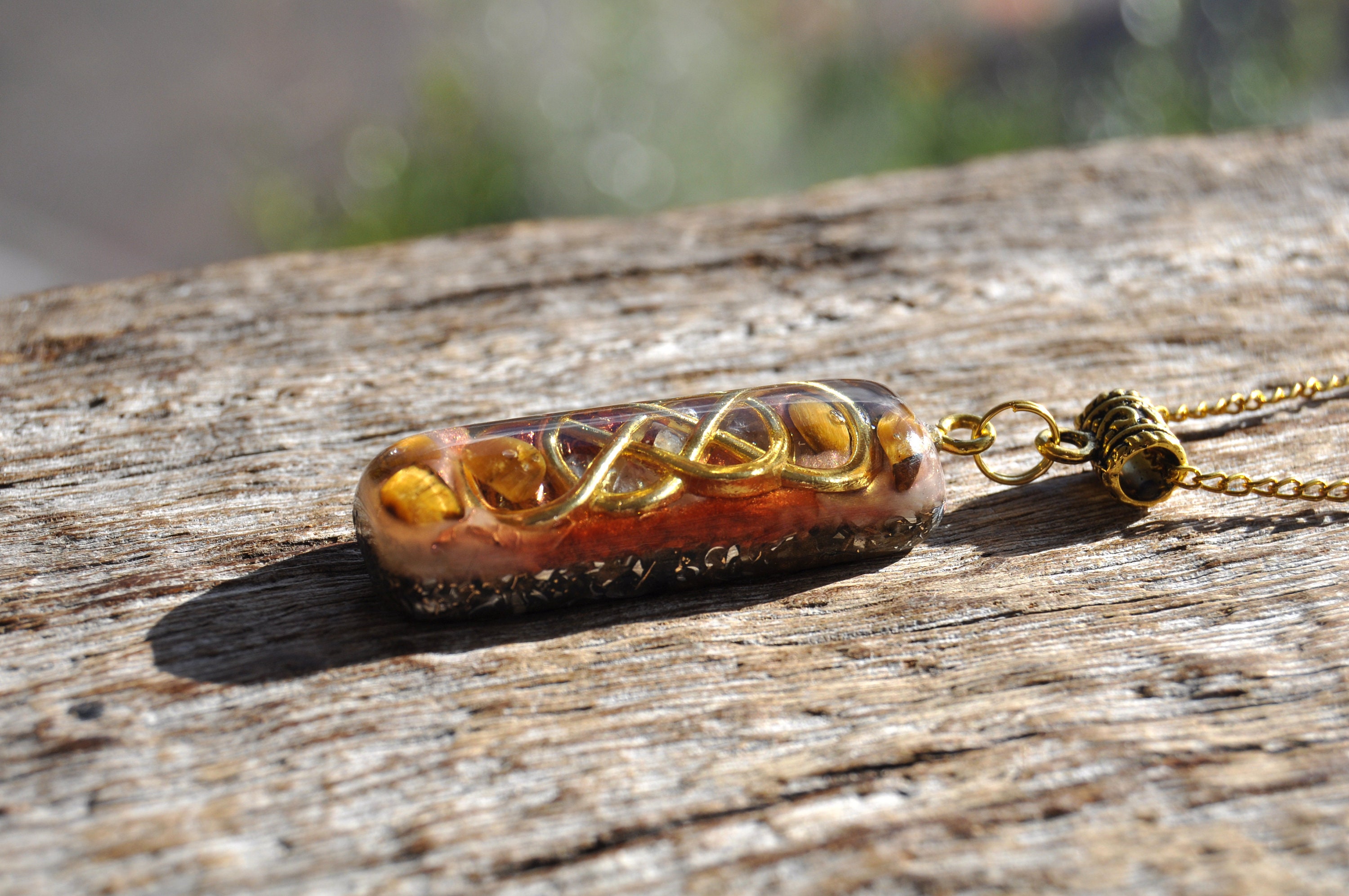 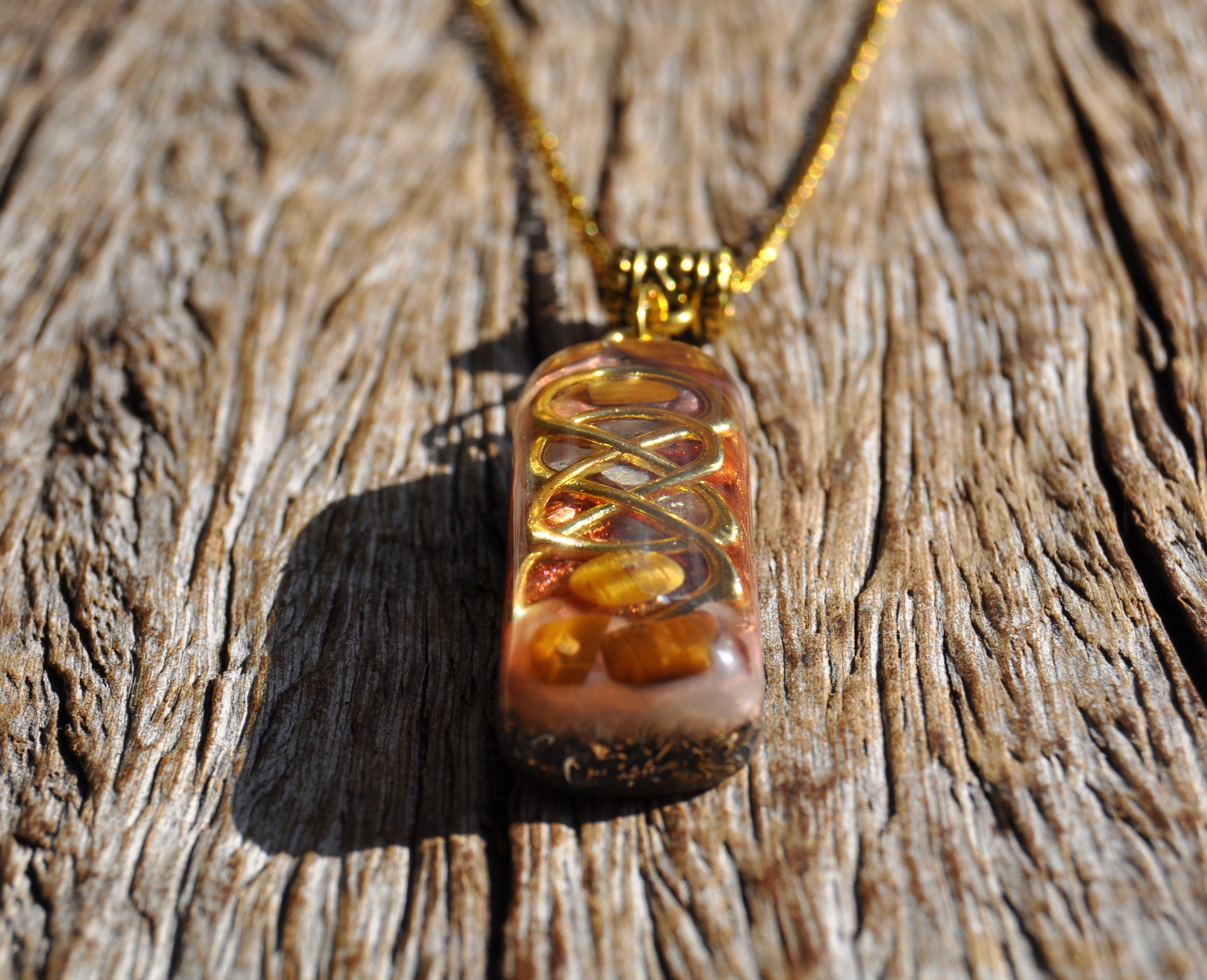 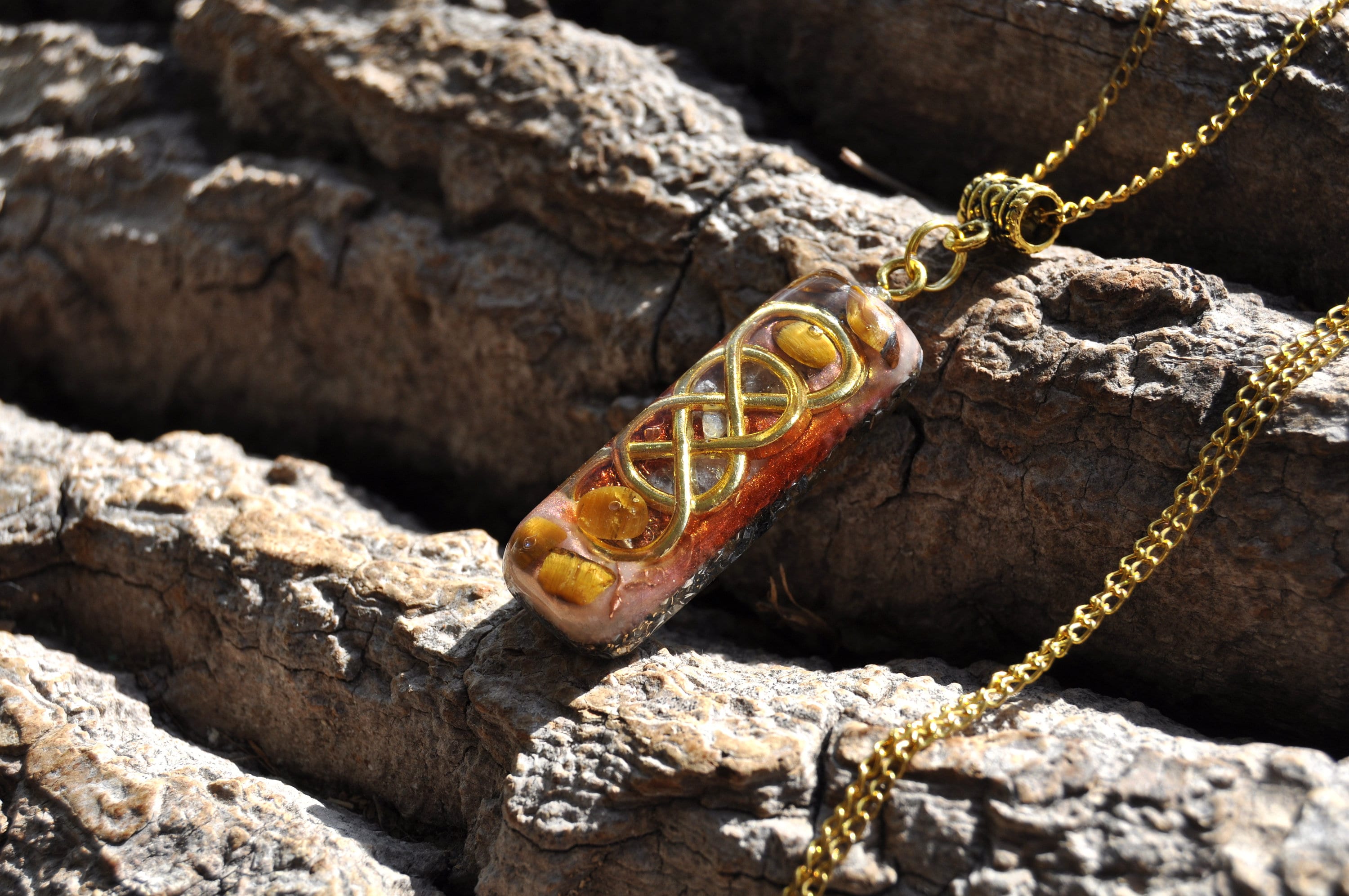 This lovely Orgonite® pendant contains a double Infinity symbol and polished Tiger's Eye in the front, Rhodizite (for amplifying the other stones), Pyrite powder (to increase the overall power of the piece), Selenite pieces (keeps the energy fresh and cleanses and recharges the other crystals), and a small terminated clear Quartz point (for piezo electric effect) all within a durable resin setting.

The pendants consists of at least 50% metal shavings which is required for the orgone to properly clear stagnant energy according to Wilhelm Reich's Research and it has a silver double Infinity Lemniscate symbol in the front.

The meaning behind an infinity necklace is actually quite beautiful - it symbolizes eternity, empowerment, and everlasting love. There is something in the sign that keeps attracting everybody’s mind and thoughts. You know, you will never be able to find the end of infinity symbol shape, it doesn’t start or end, but it’s also not a circle, it is divided into two halves.

It comes on an 58 cm / 22.8 inches necklace with lobster clasp closing.