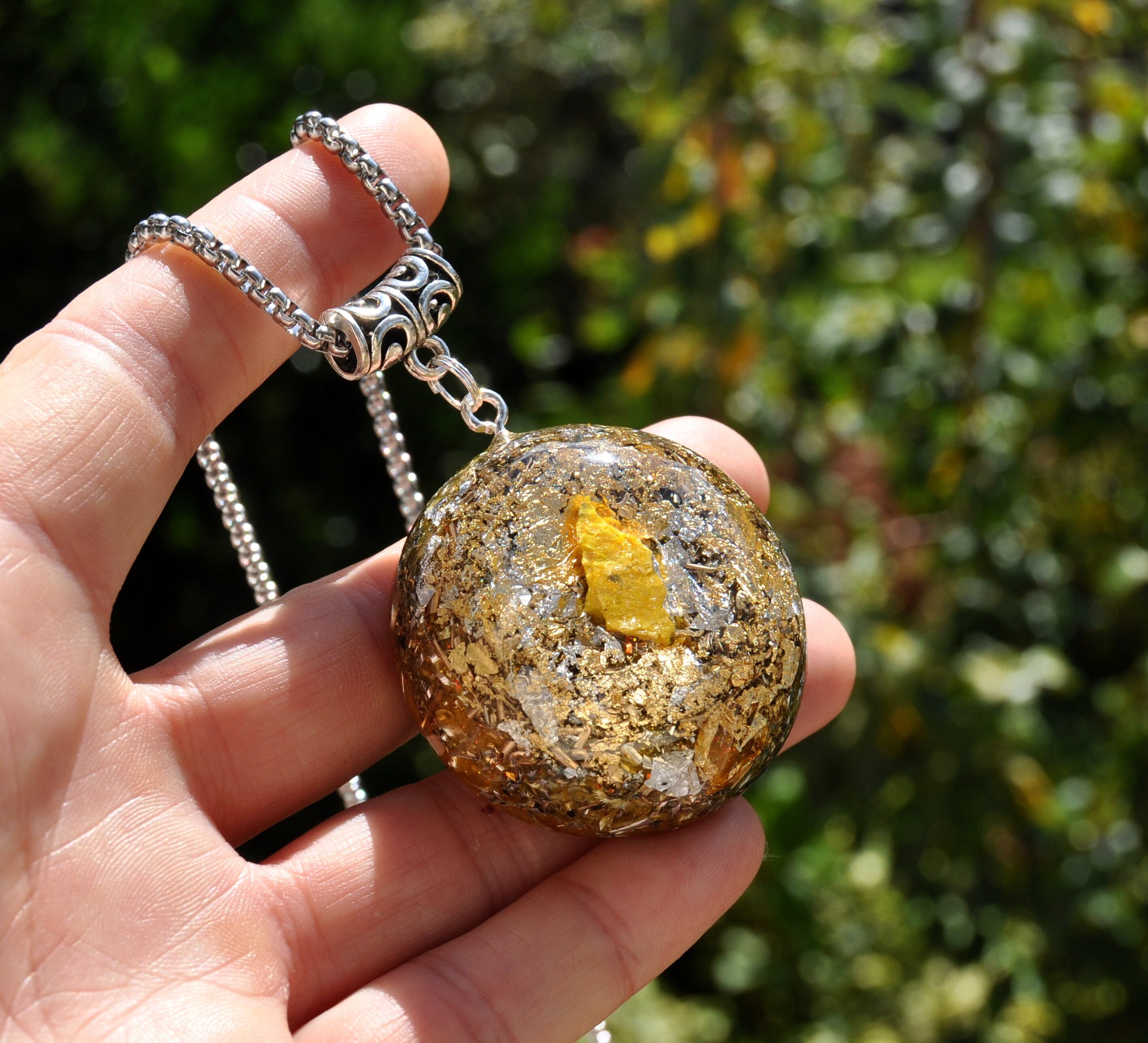 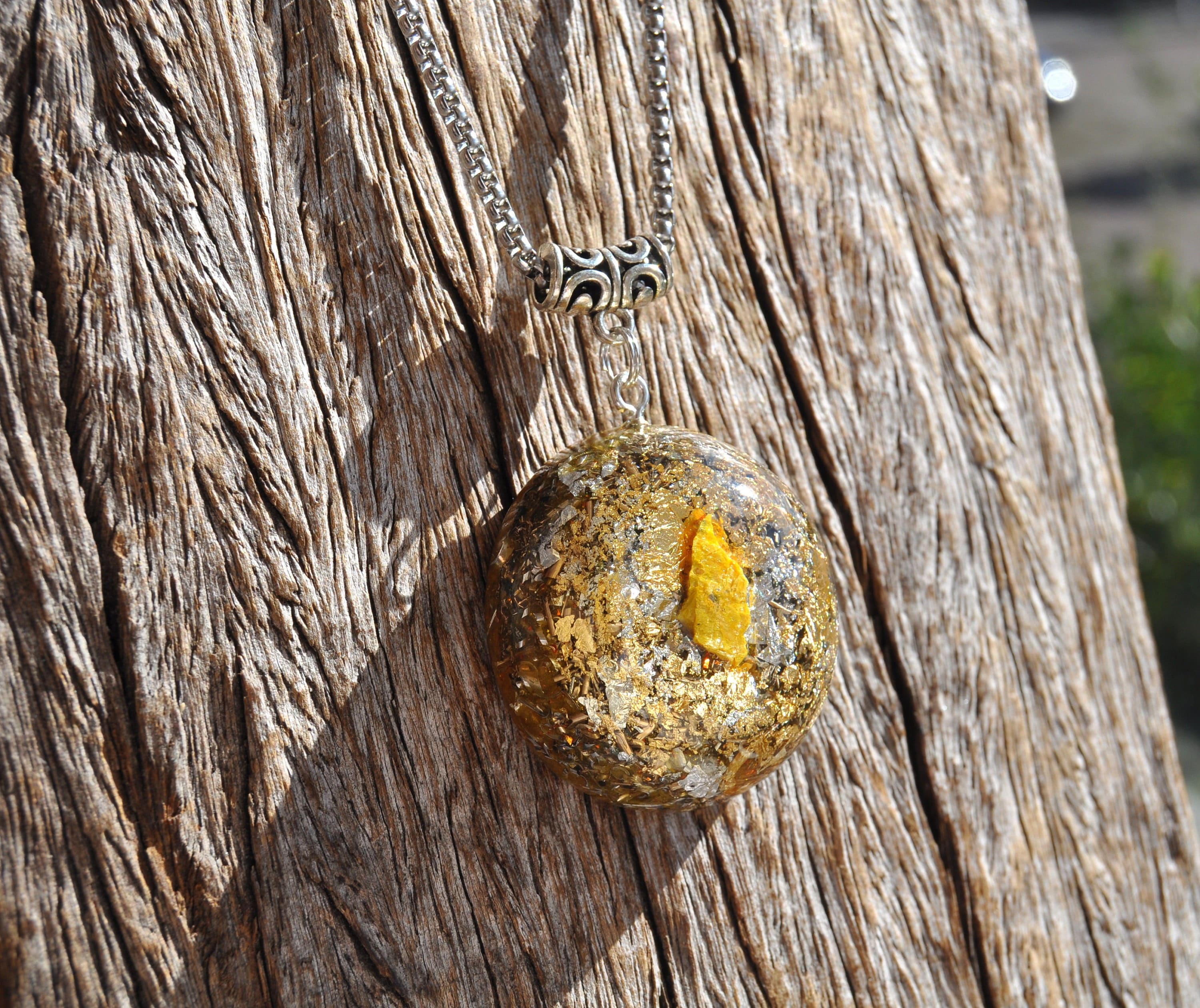 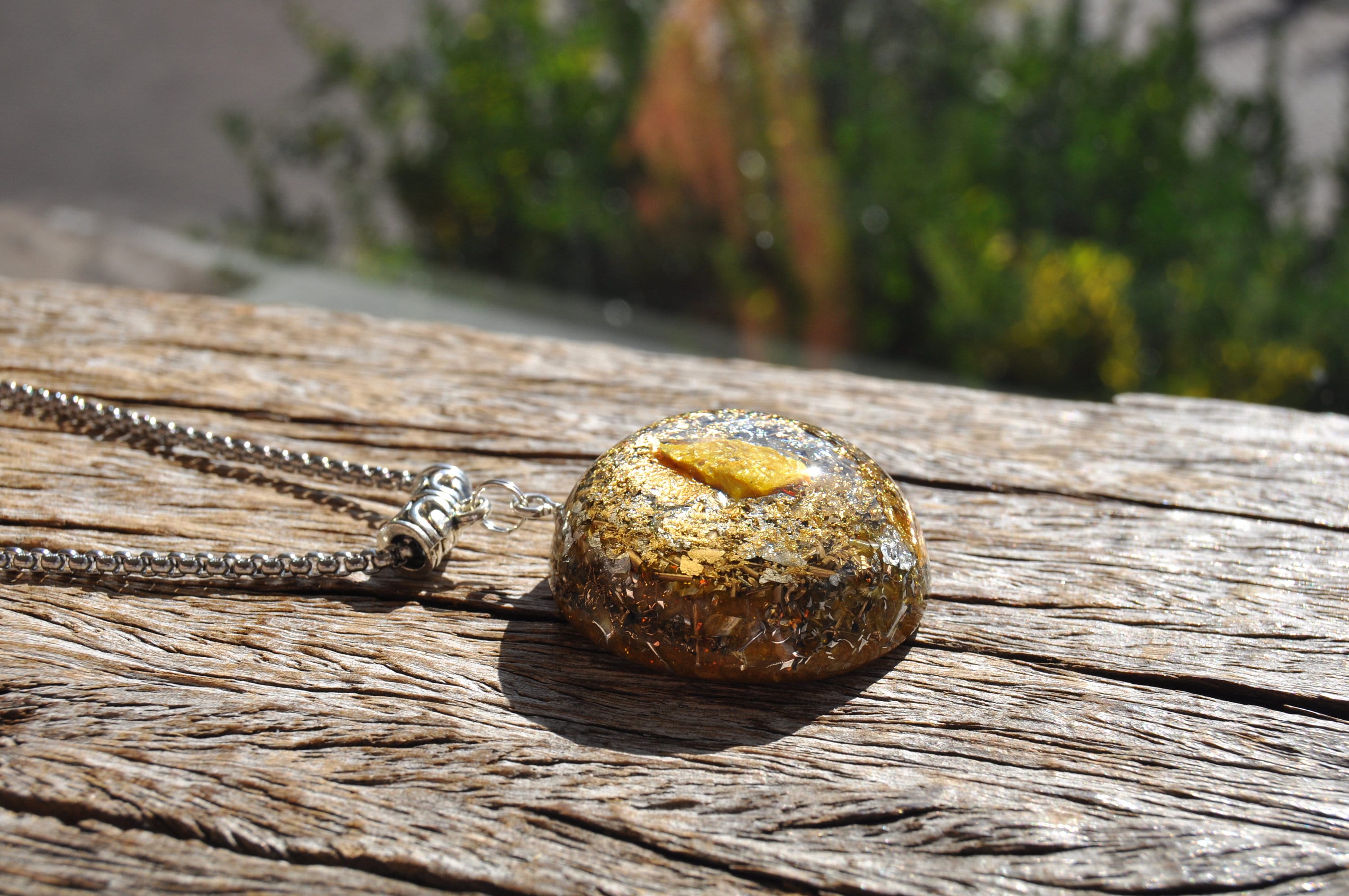 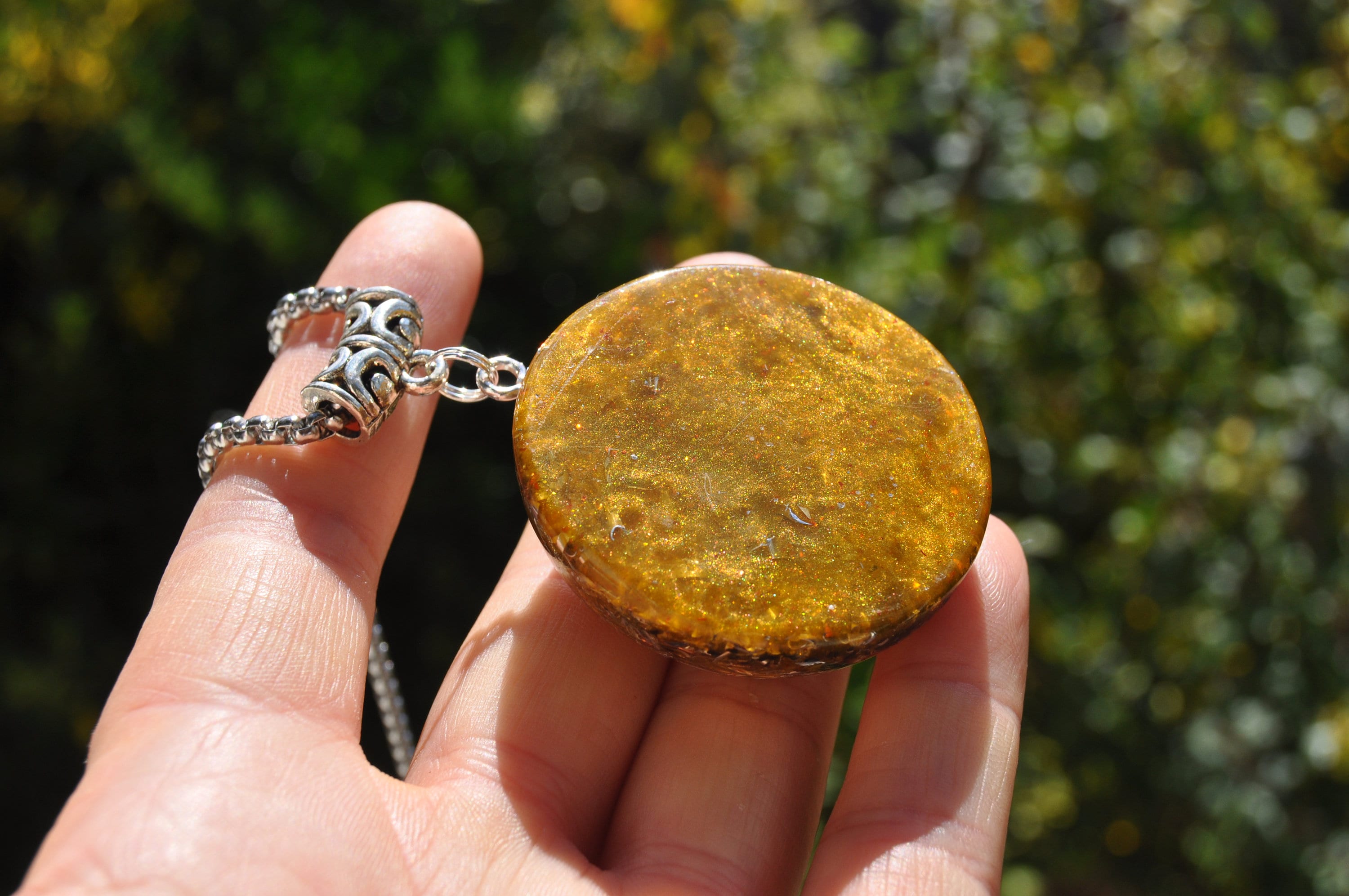 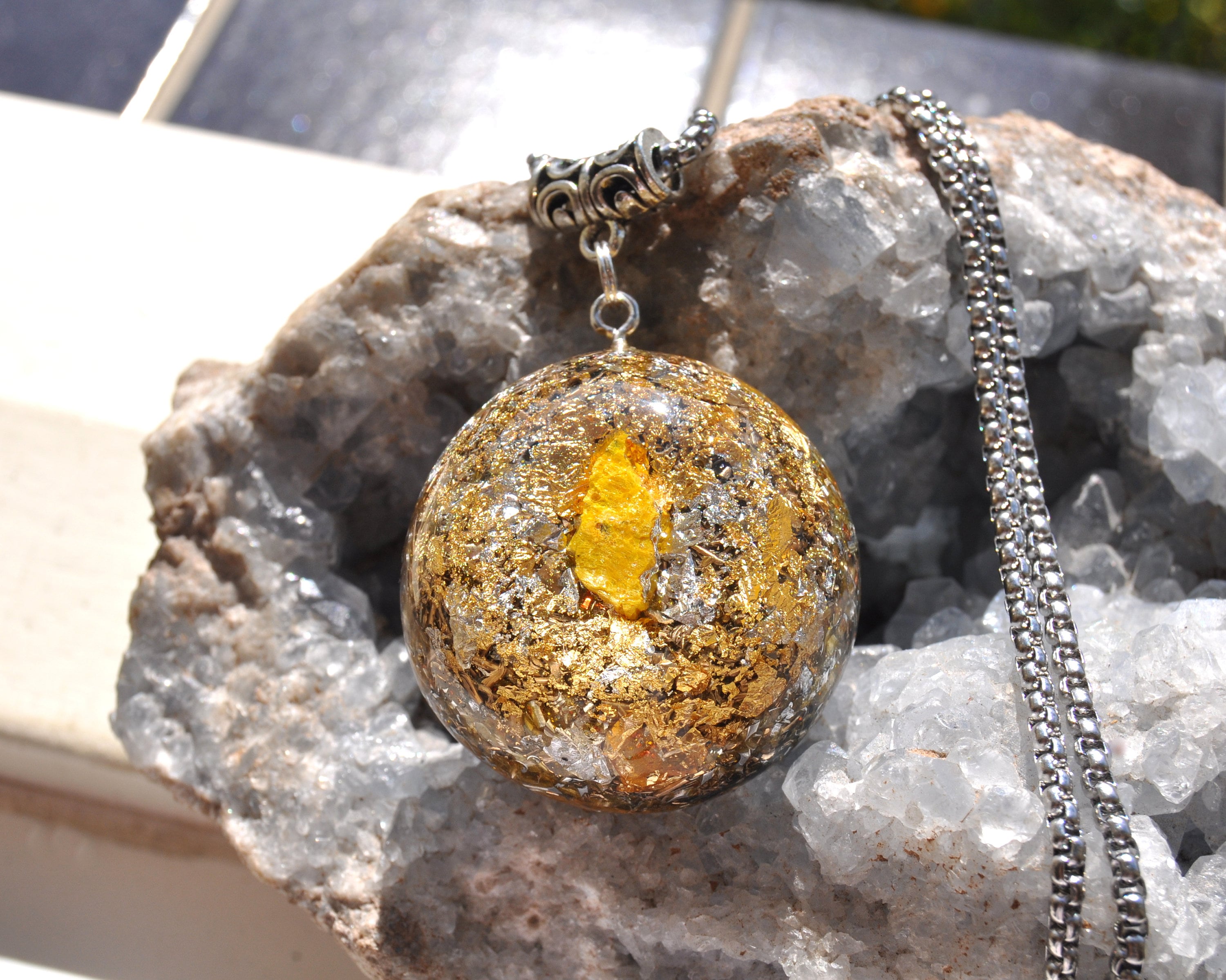 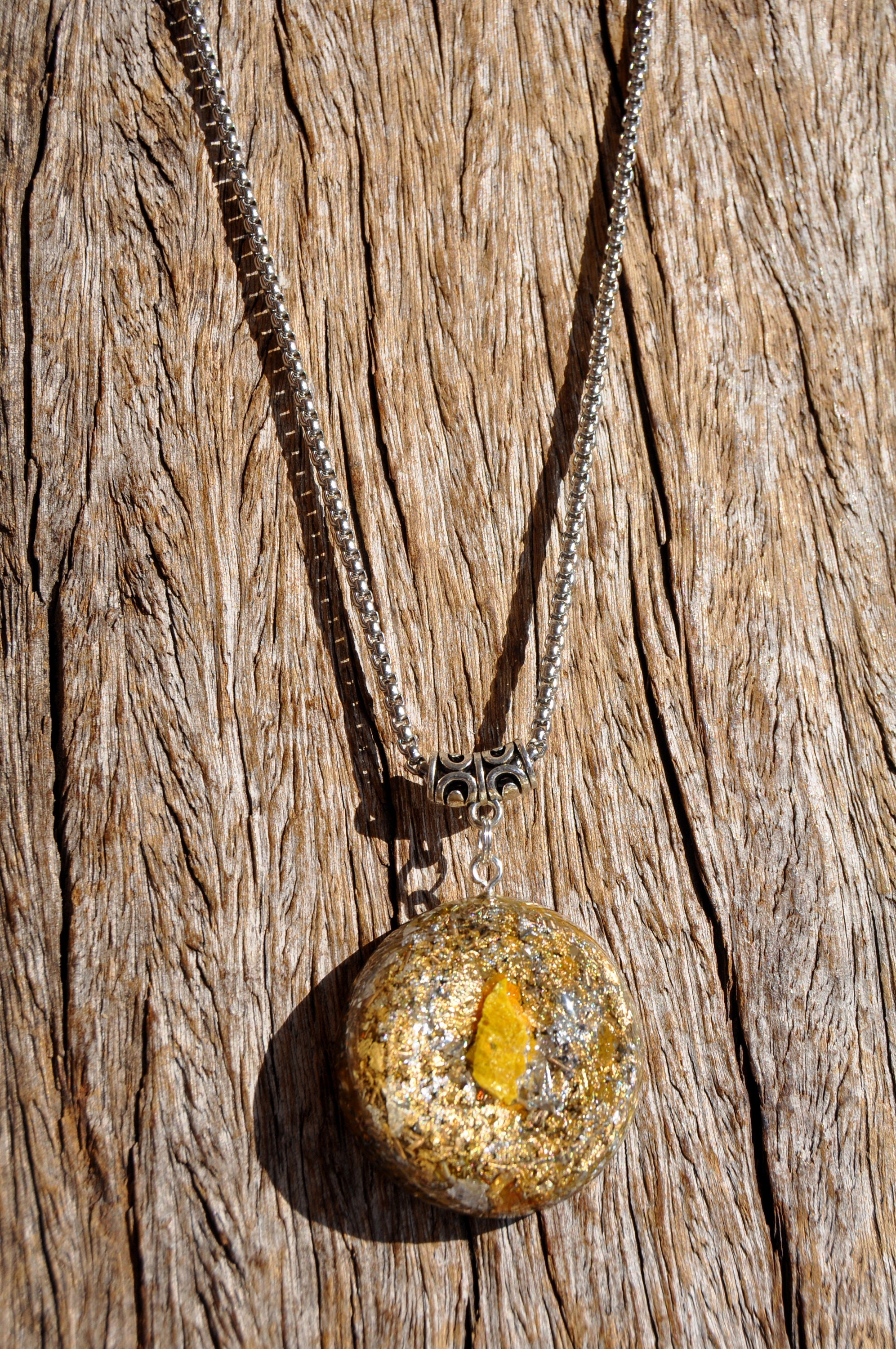 This lovely 4.2 cm / 1.65" in diameter orgone pendant contains brass, aluminum, copper shavings and Sterling leaf Silver. The main stone is a lovely raw Orpiment in the front surrounded with 24K gold and 925 Silver leaf. It furthermore contains Pyrite (to enhance), Rhodizite (to amplify), black Tourmaline (to ground and protect), Elite Shungite (protection), Selenite (to charge and clean) and clear Quartz (for piezo electric effect) all within a durable polyester resin setting for optimal shrinkage/pressure on the quartz.

Realgar and orpiment are mainly found associated with hydrothermal and volcanic activities. They are sublimation products at volcanic vents and crystallization products at hot springs. These are among the earliest deposits exploited in the middle ages. Underground deposits of realgar and orpiment are in veins and fractures. There they are associated with lead, silver, gold, and other arsenic minerals.

Orpiment is a protective stone. It stimulates intellect and understanding of both the self and others. It stimulates growth and provides insights into what needs to be done.
Physical Energy Properties: Orpiment helps speed up recovery from disease and injury.

It has been hand sanded through sets of fine polishing paper so it has a dome design and it is shiney and silky smooth.

It comes on a stainless steel 60 cm / 24 inches necklace with lobster clasp closing.