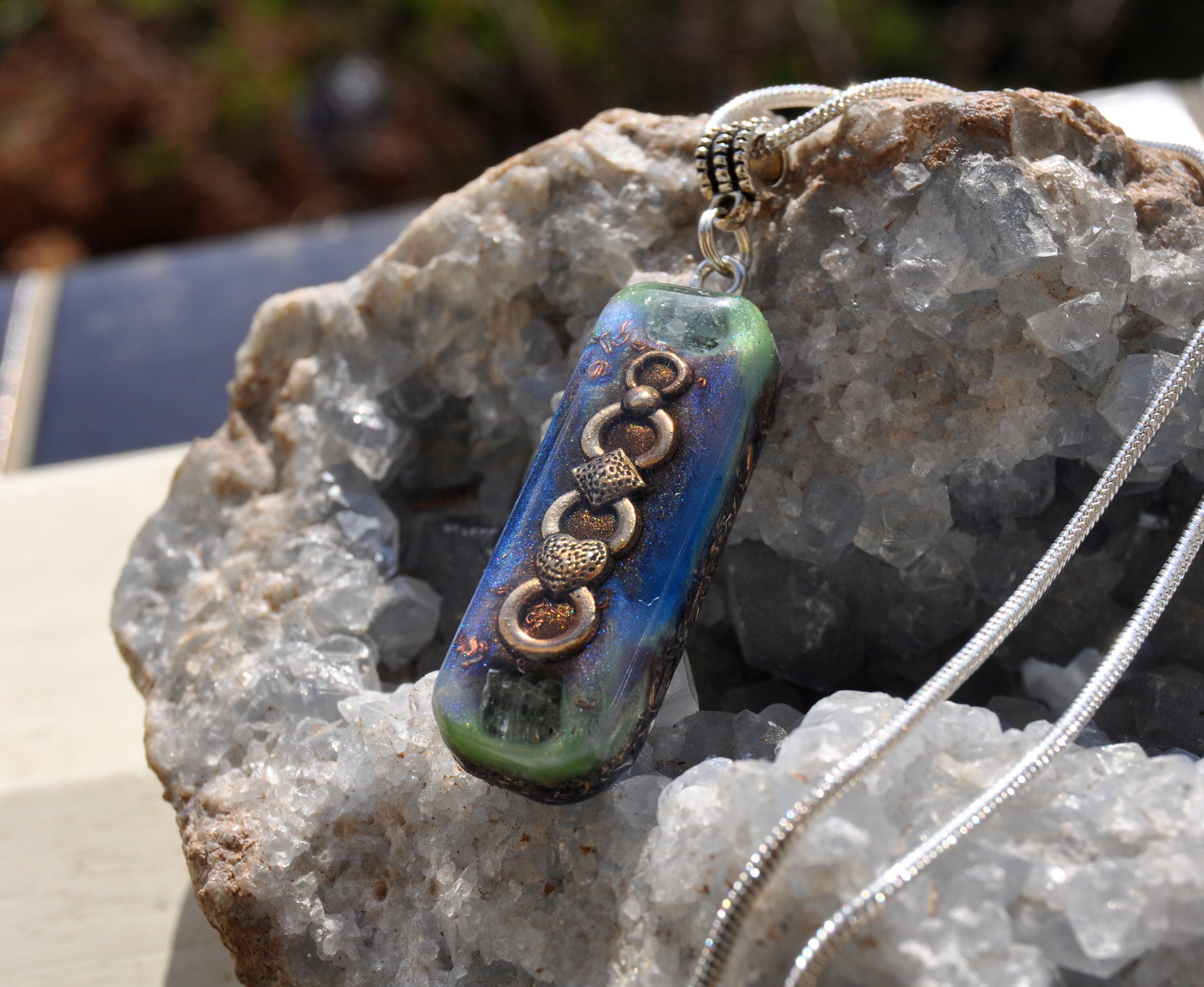 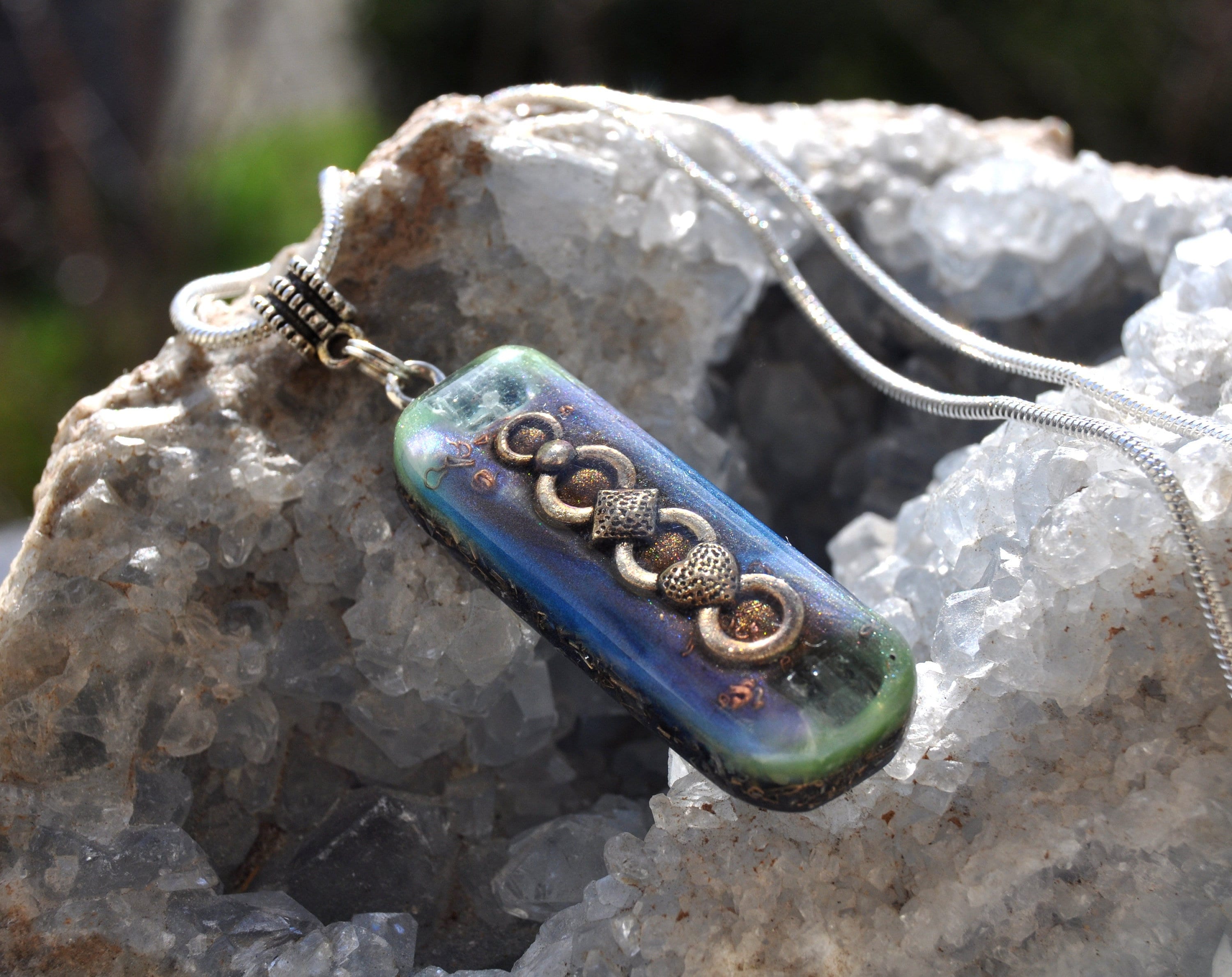 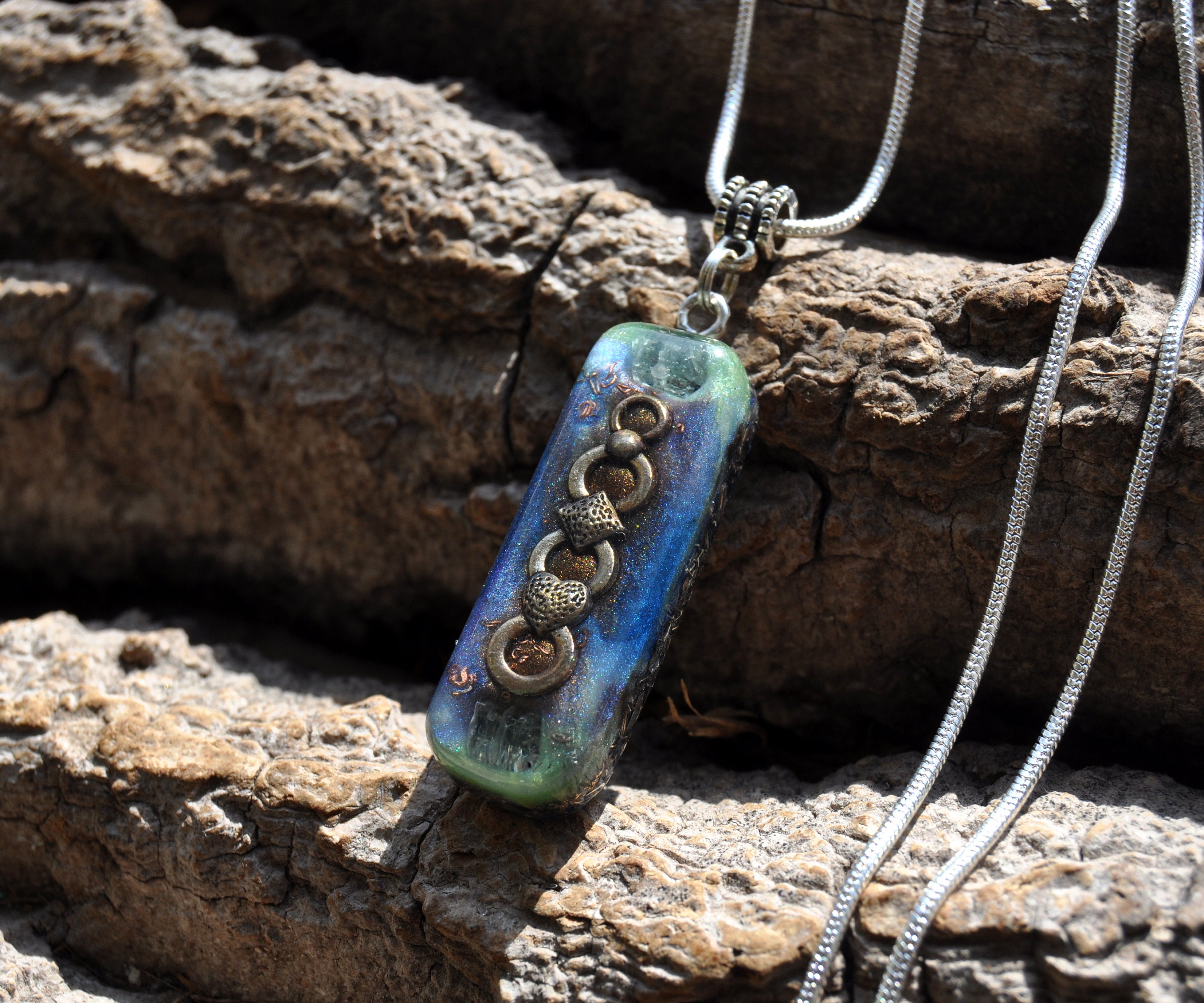 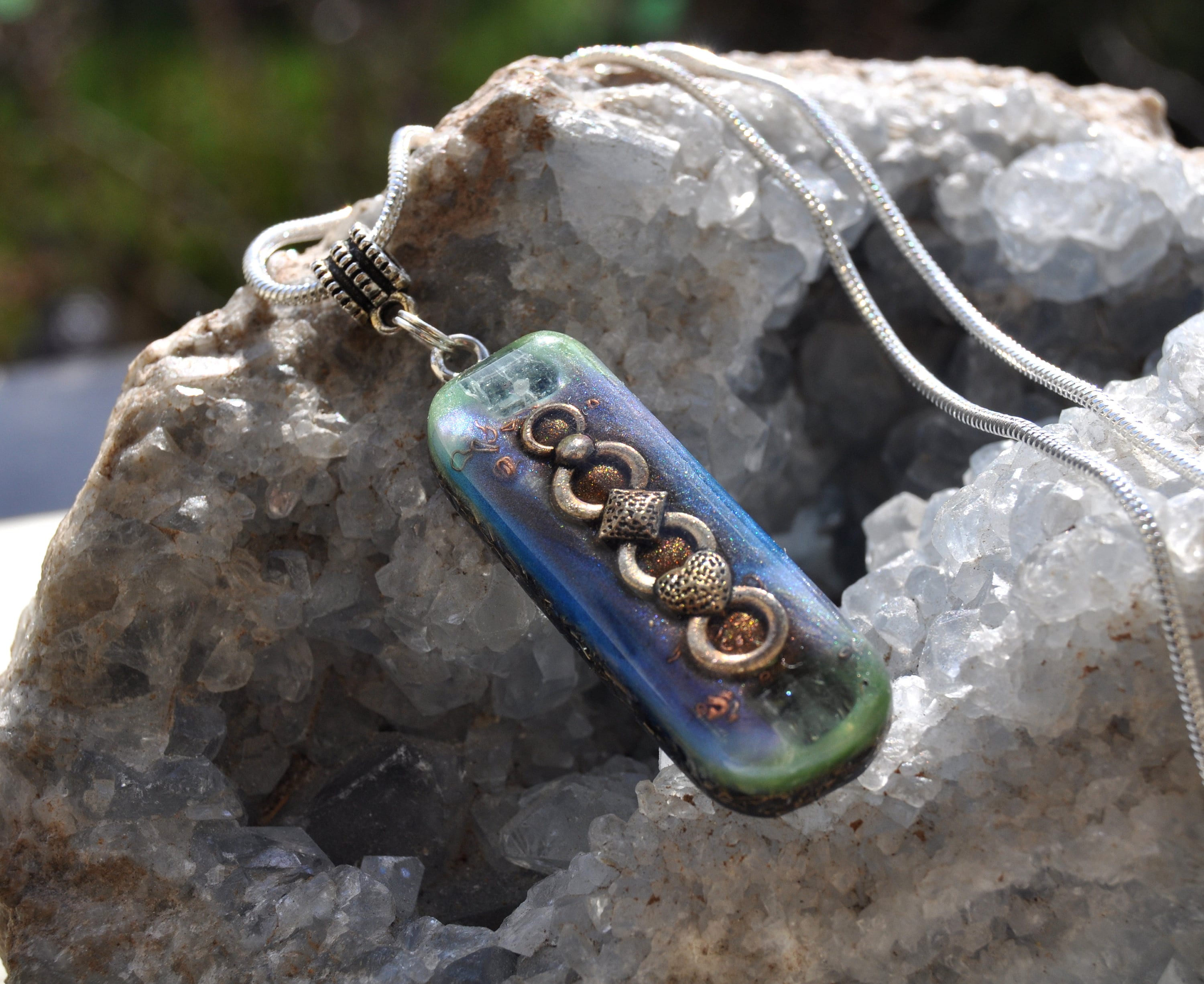 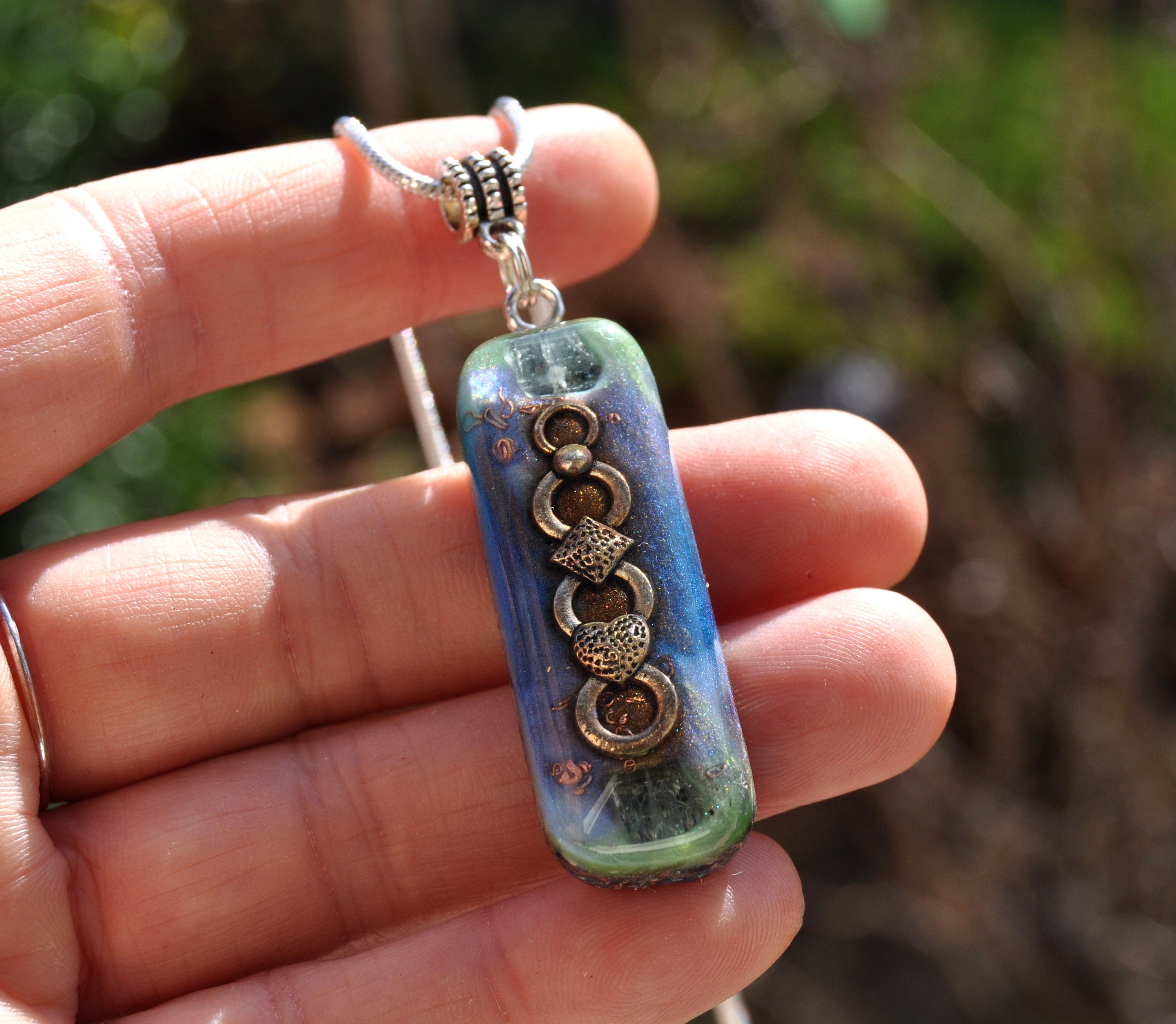 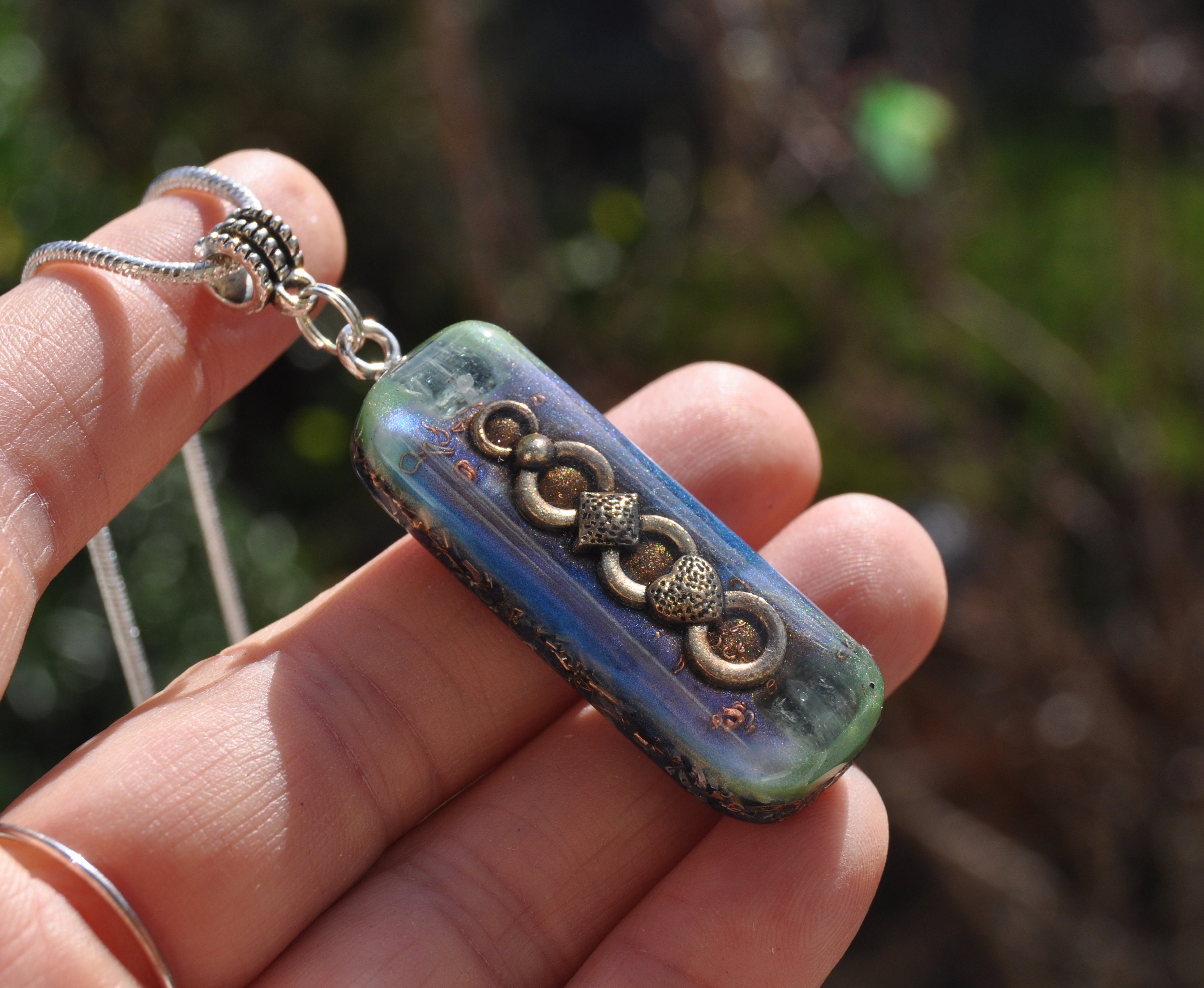 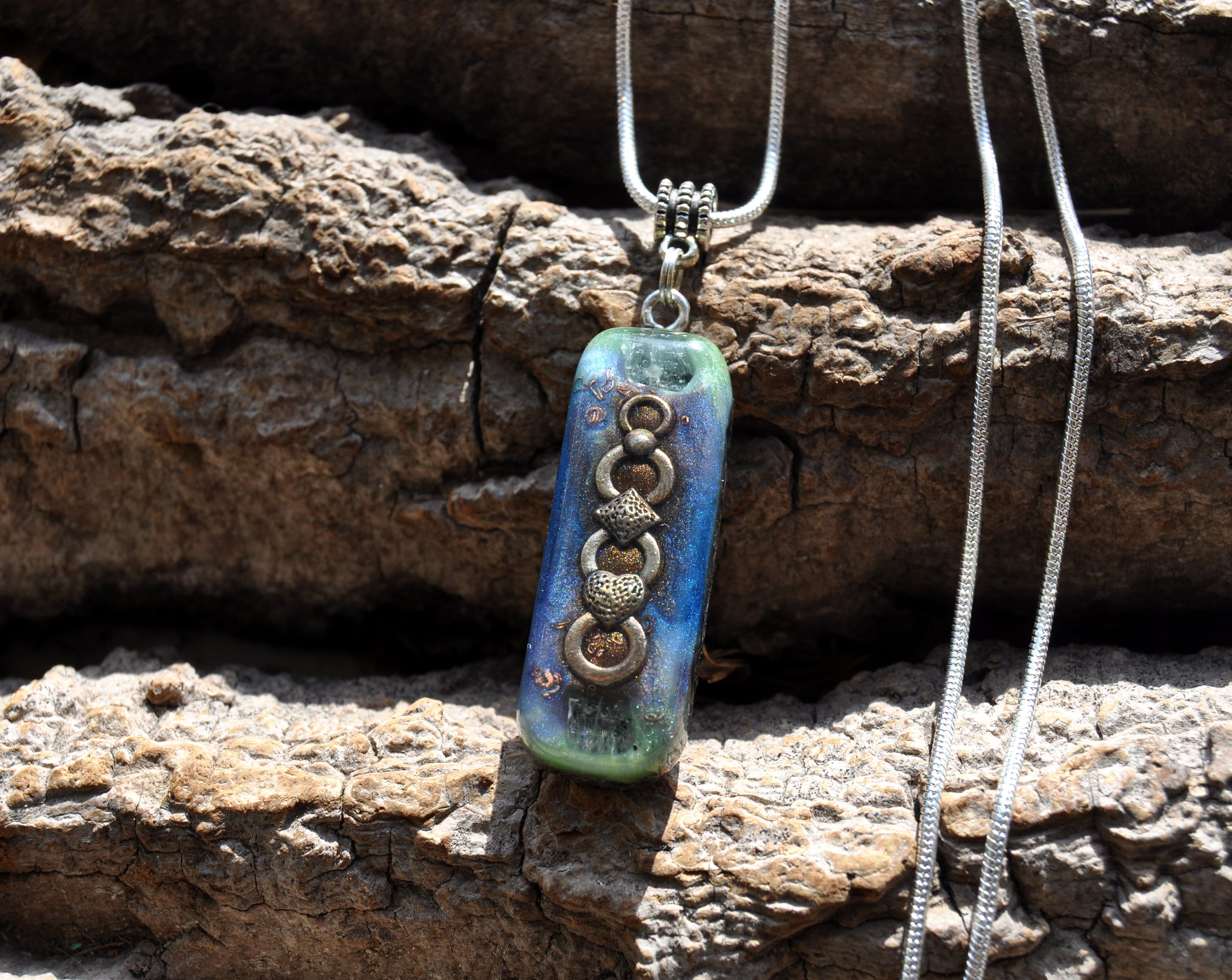 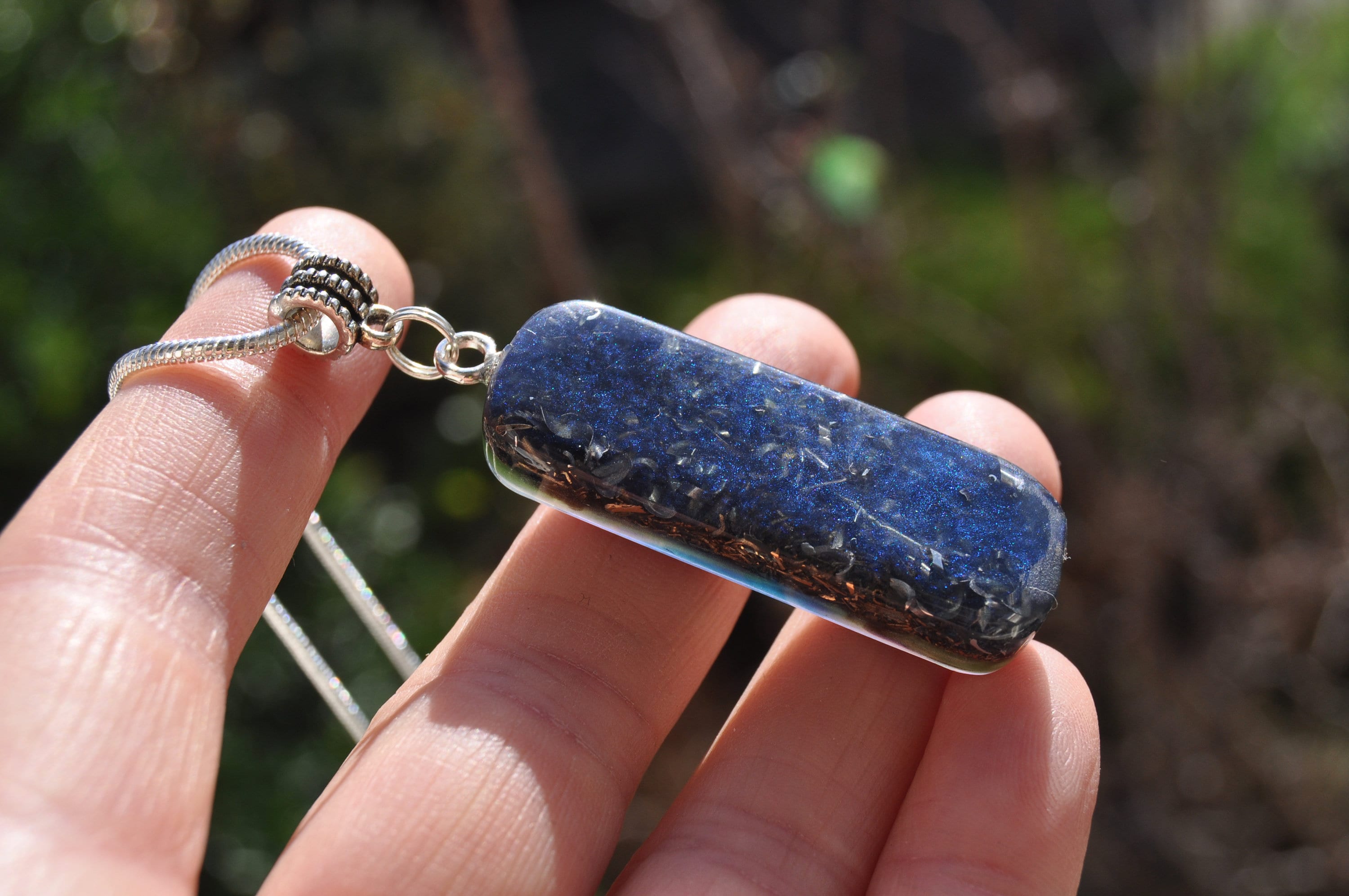 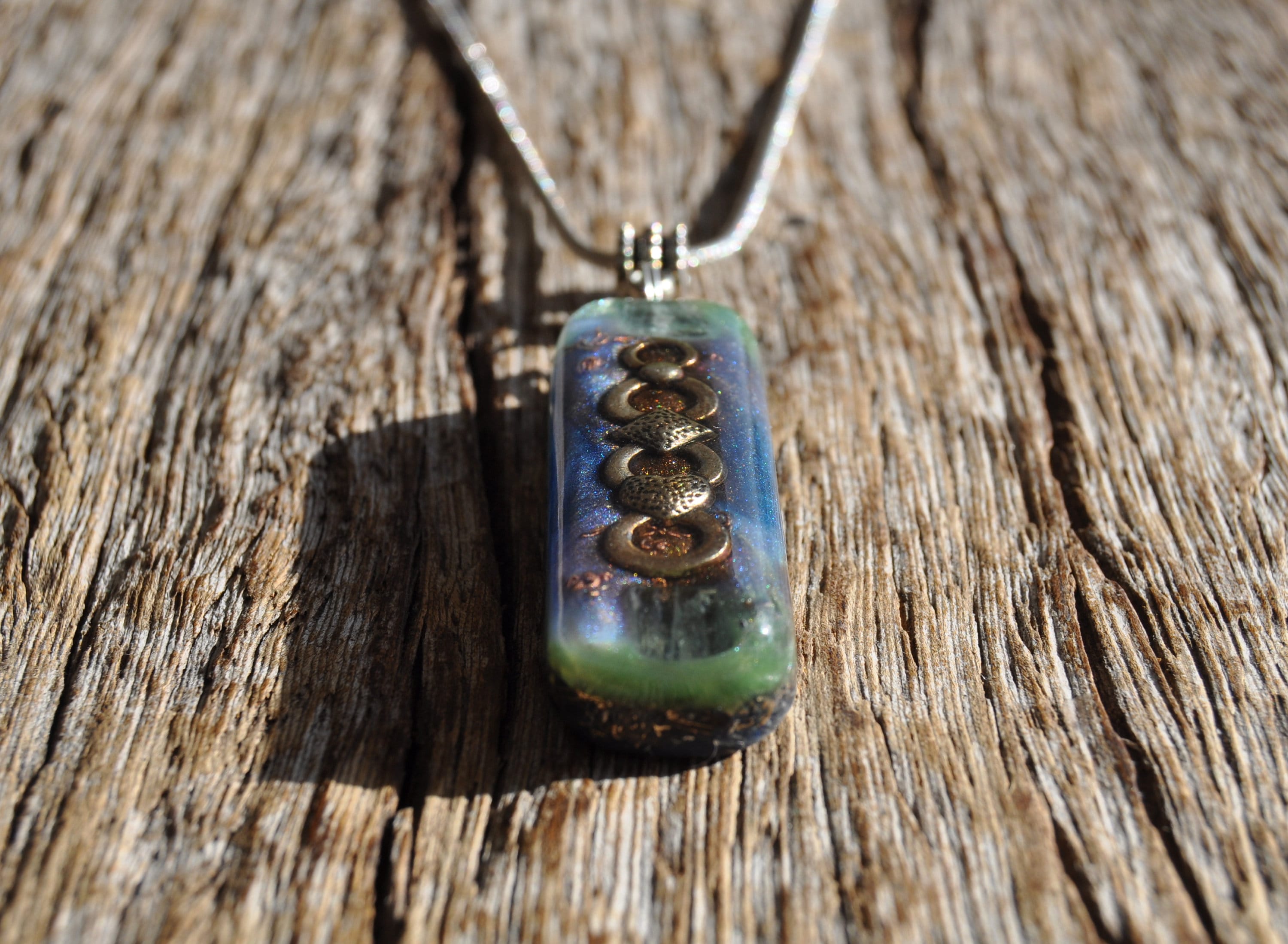 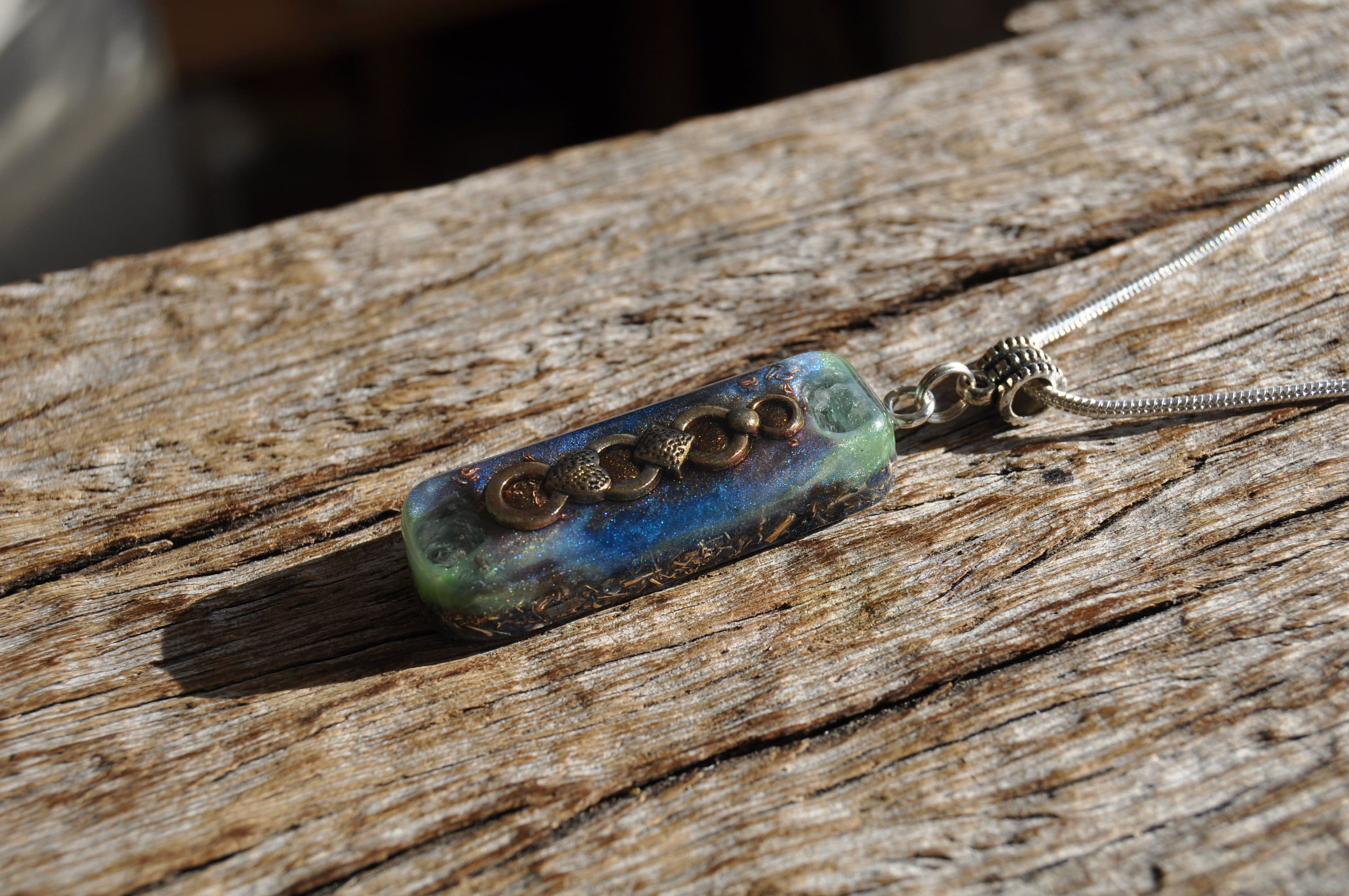 This lovely Orgonite® pendant contains aluminium, bronze, brass and copper shavings, Blue Tourmaline (Indicolite) - two pieces- in the front of the pendant, one in the top and one piece in the bottom- and clear Quartz crystal (for piezo electric effect), Rhodizite (to amplify the other stones), Pyrite (to enhance and deflect ELF (extremely low frequency) waves), Selenite (to clean and charge) and black Tourmaline (to protect and ground excess energy), all within a durable resin setting.

It comes on a 55 cm / 22 inches silver plated necklace with lobster clasp closing.