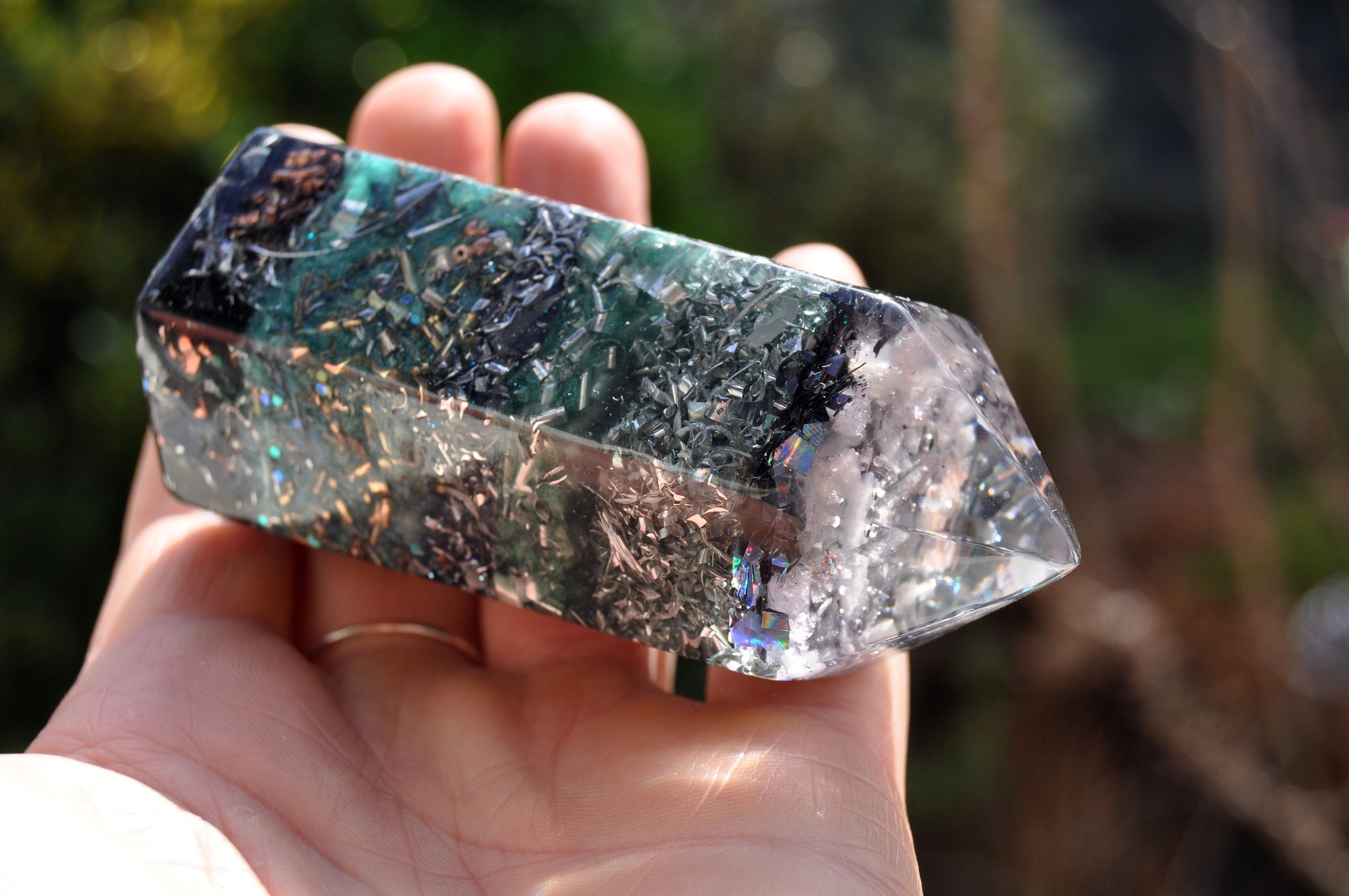 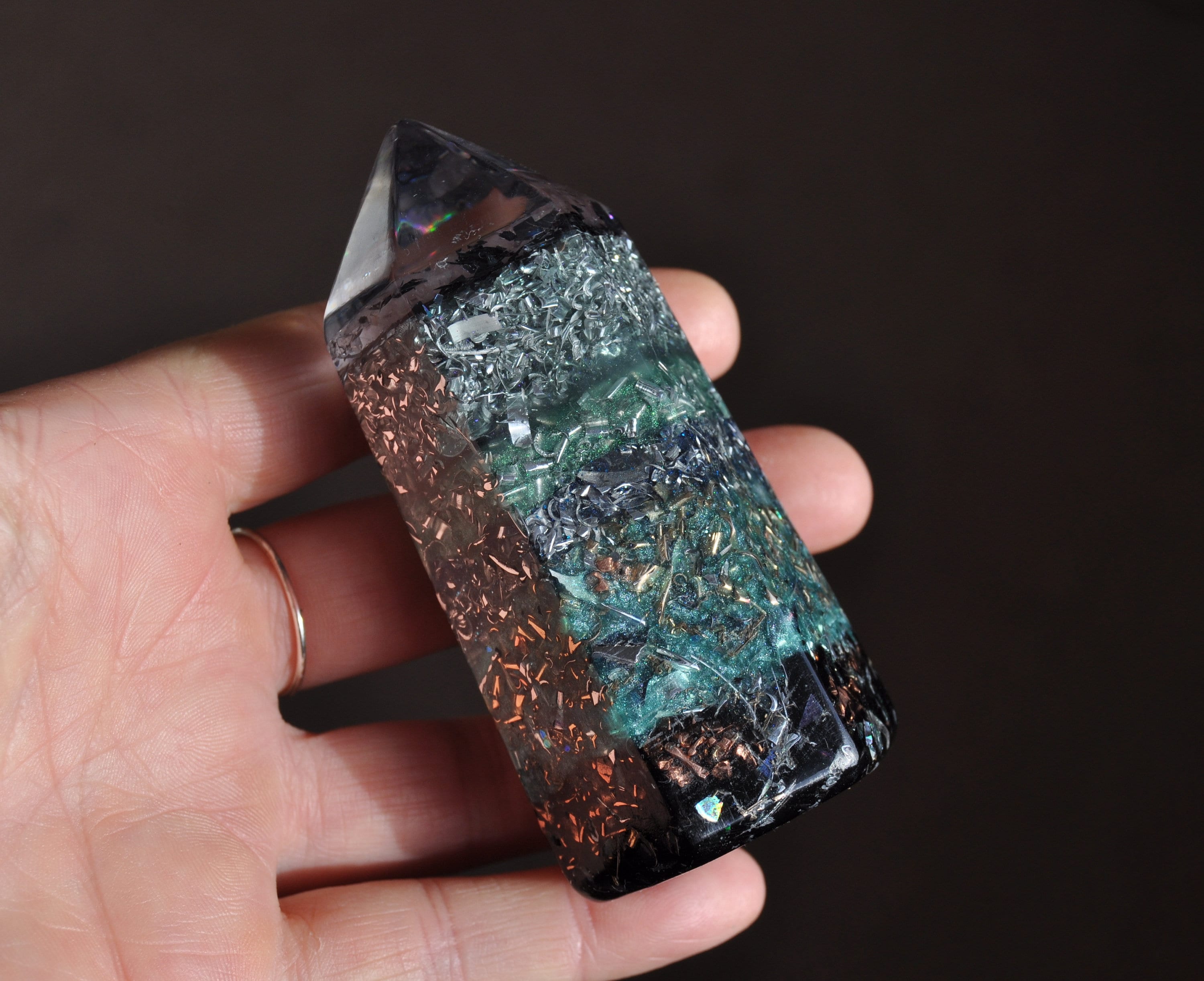 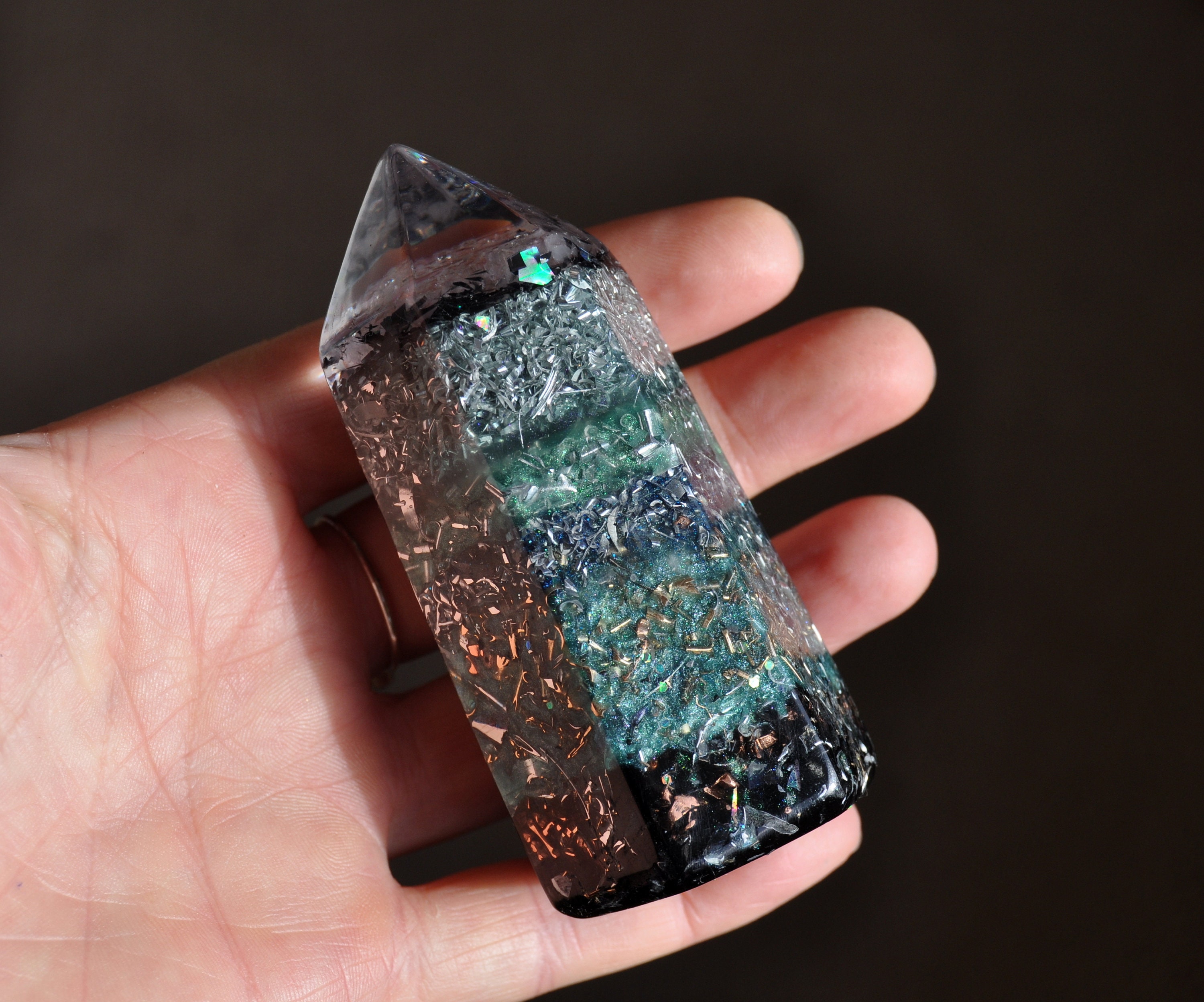 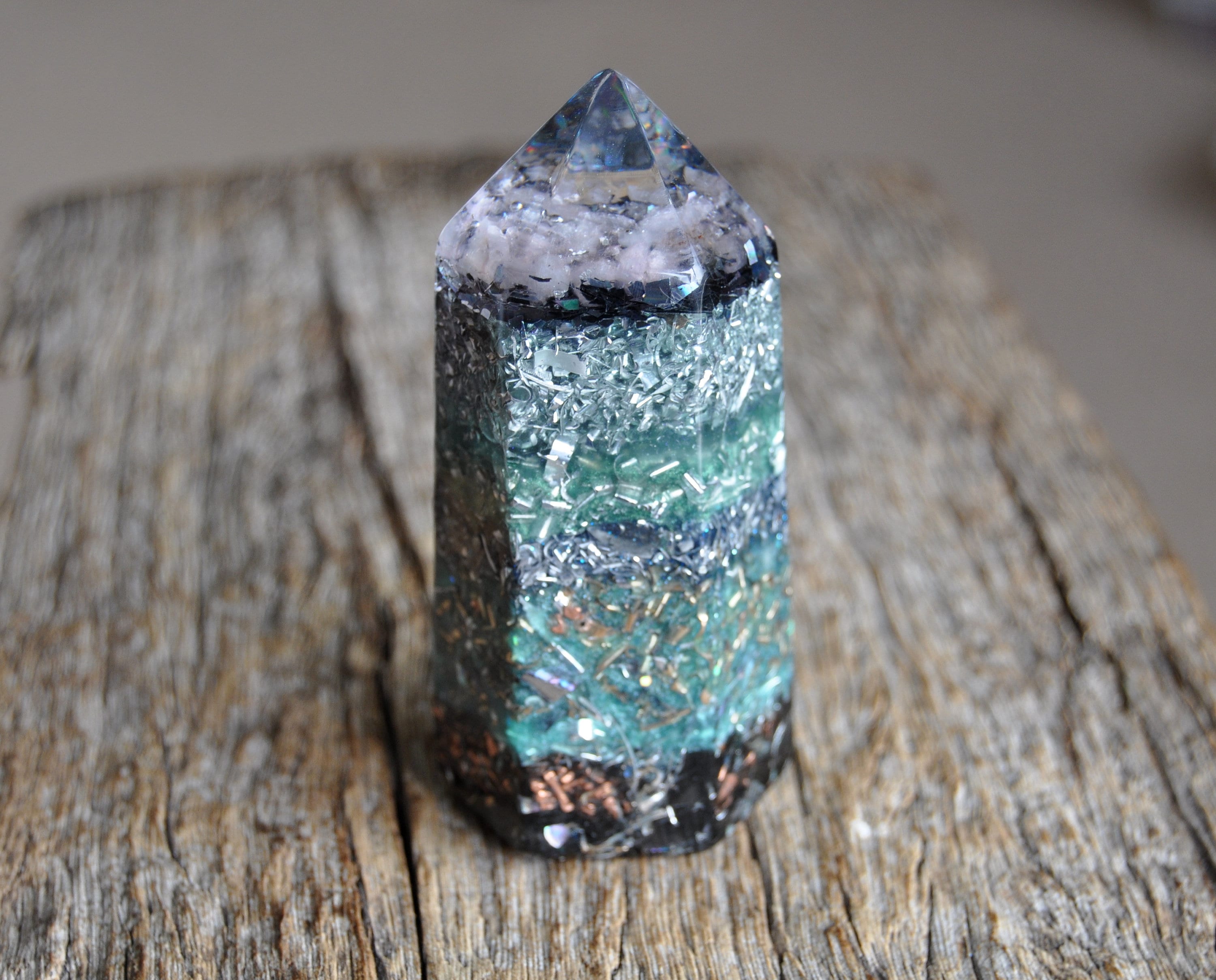 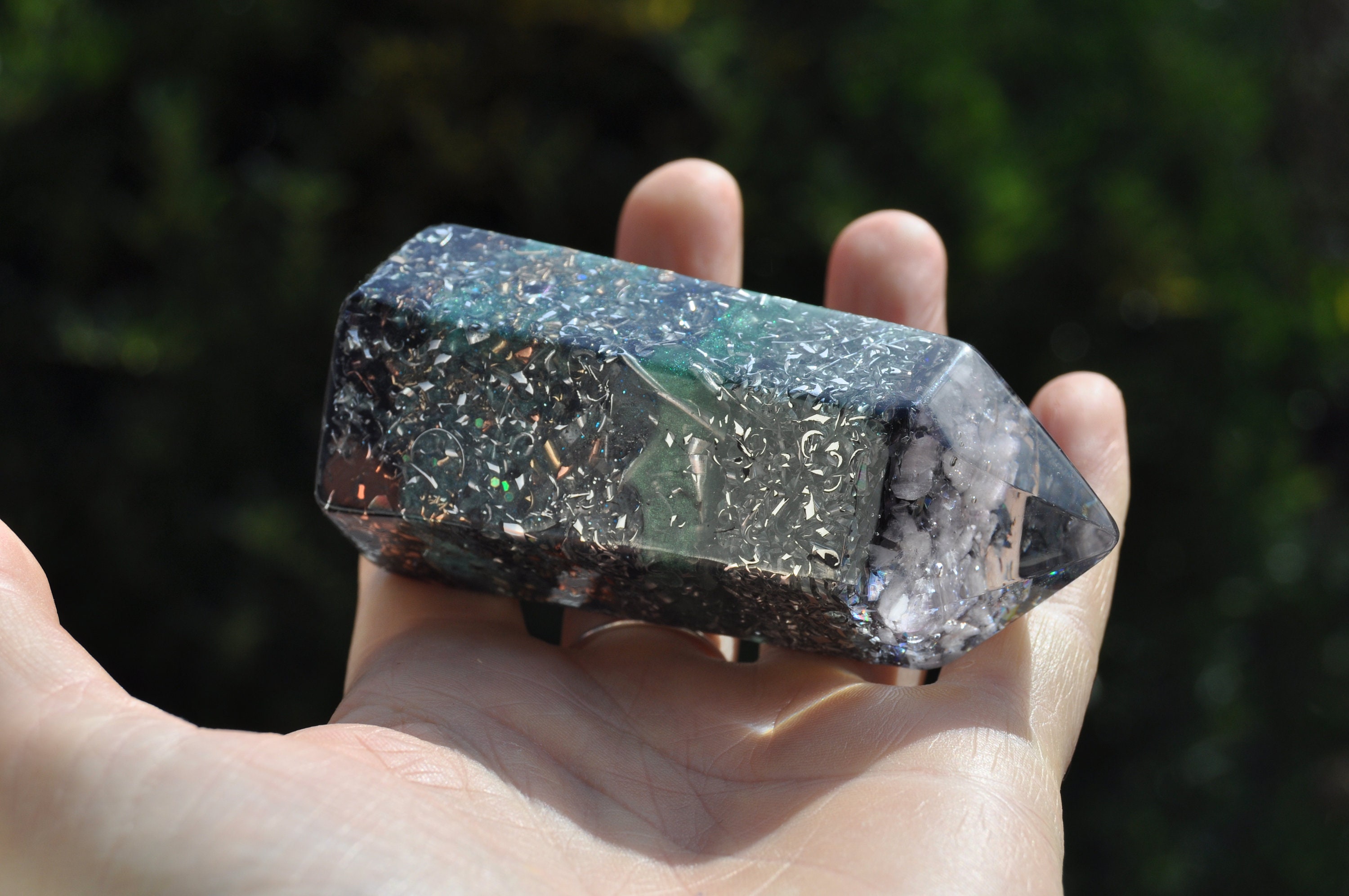 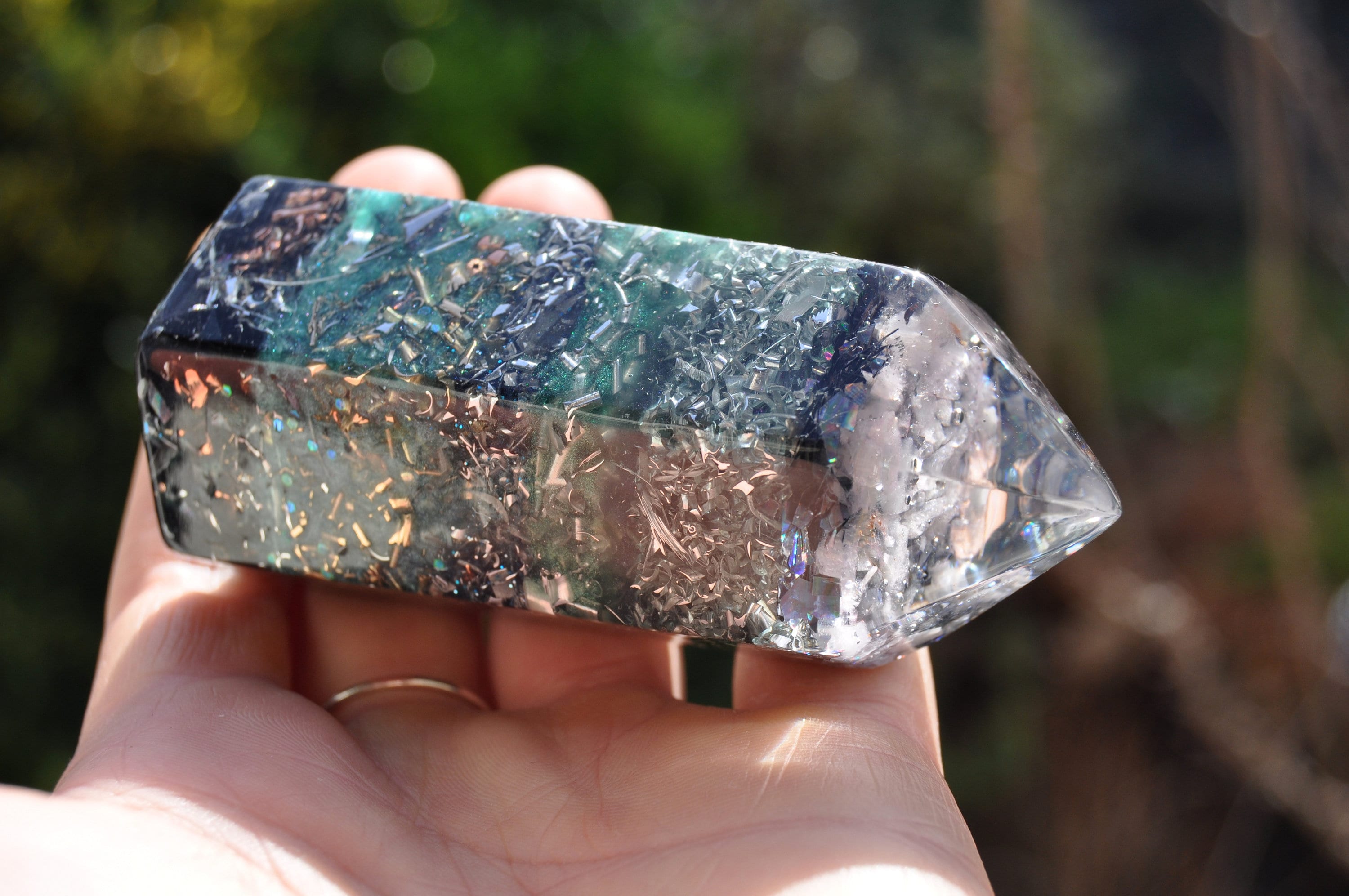 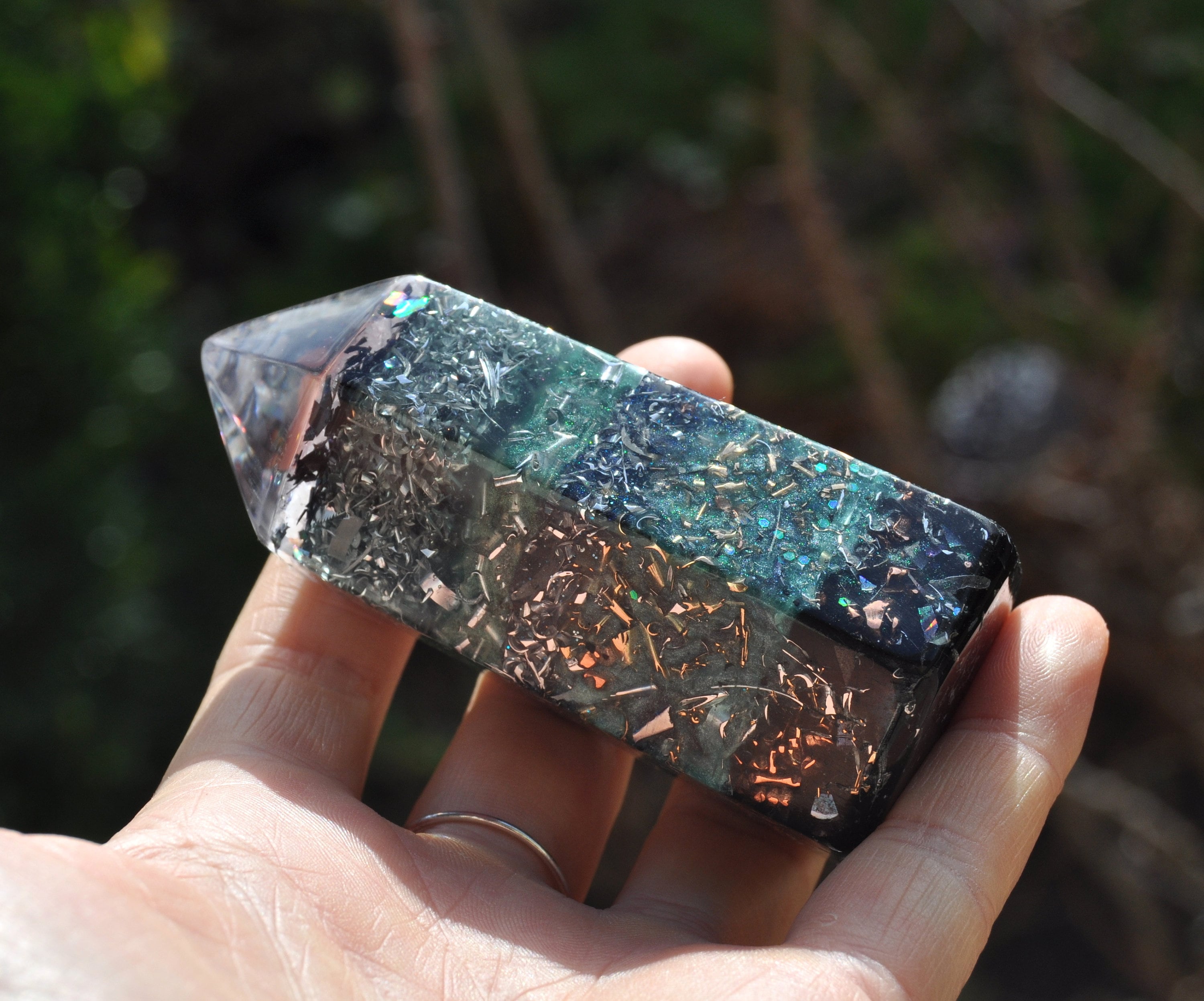 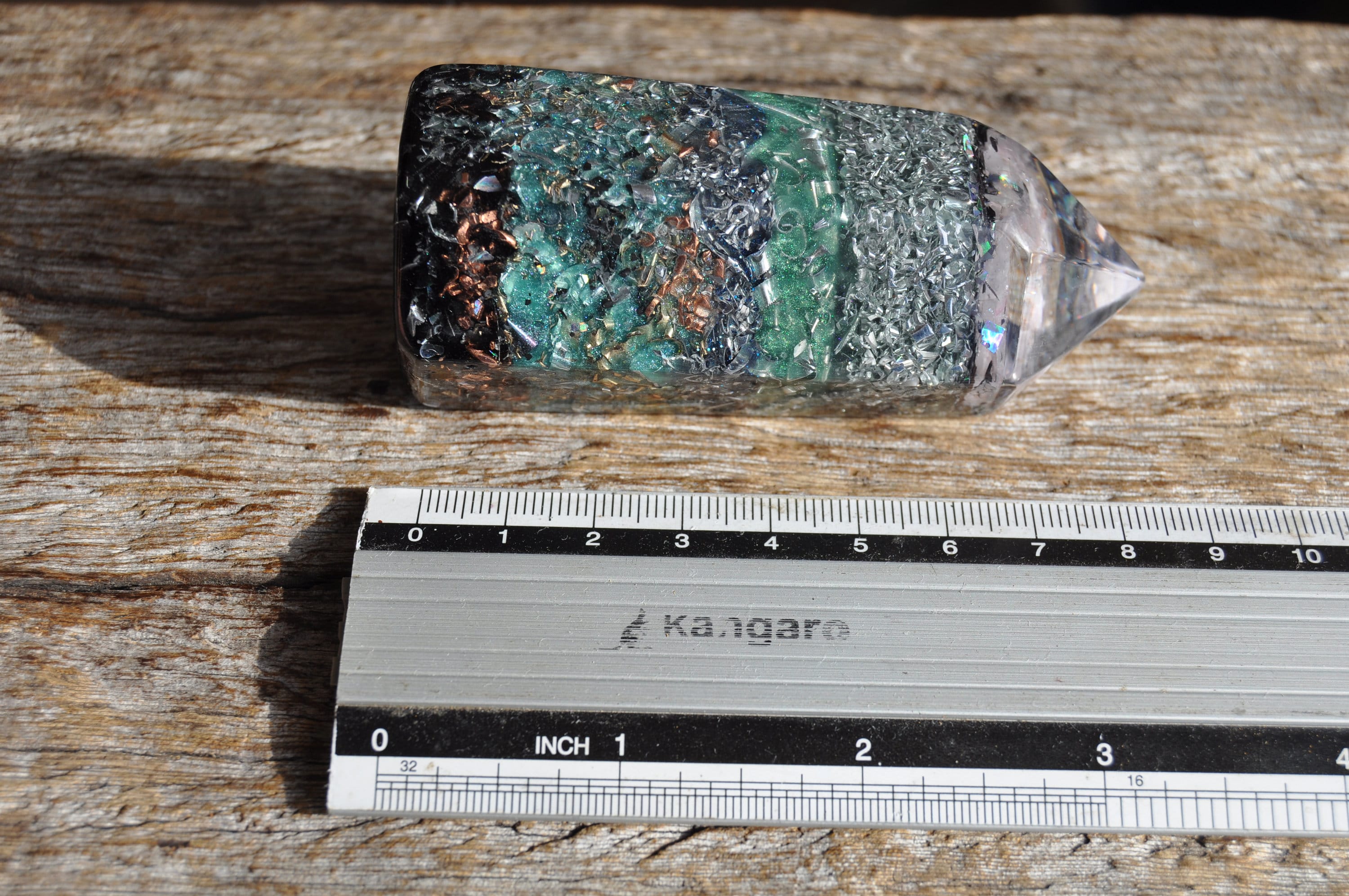 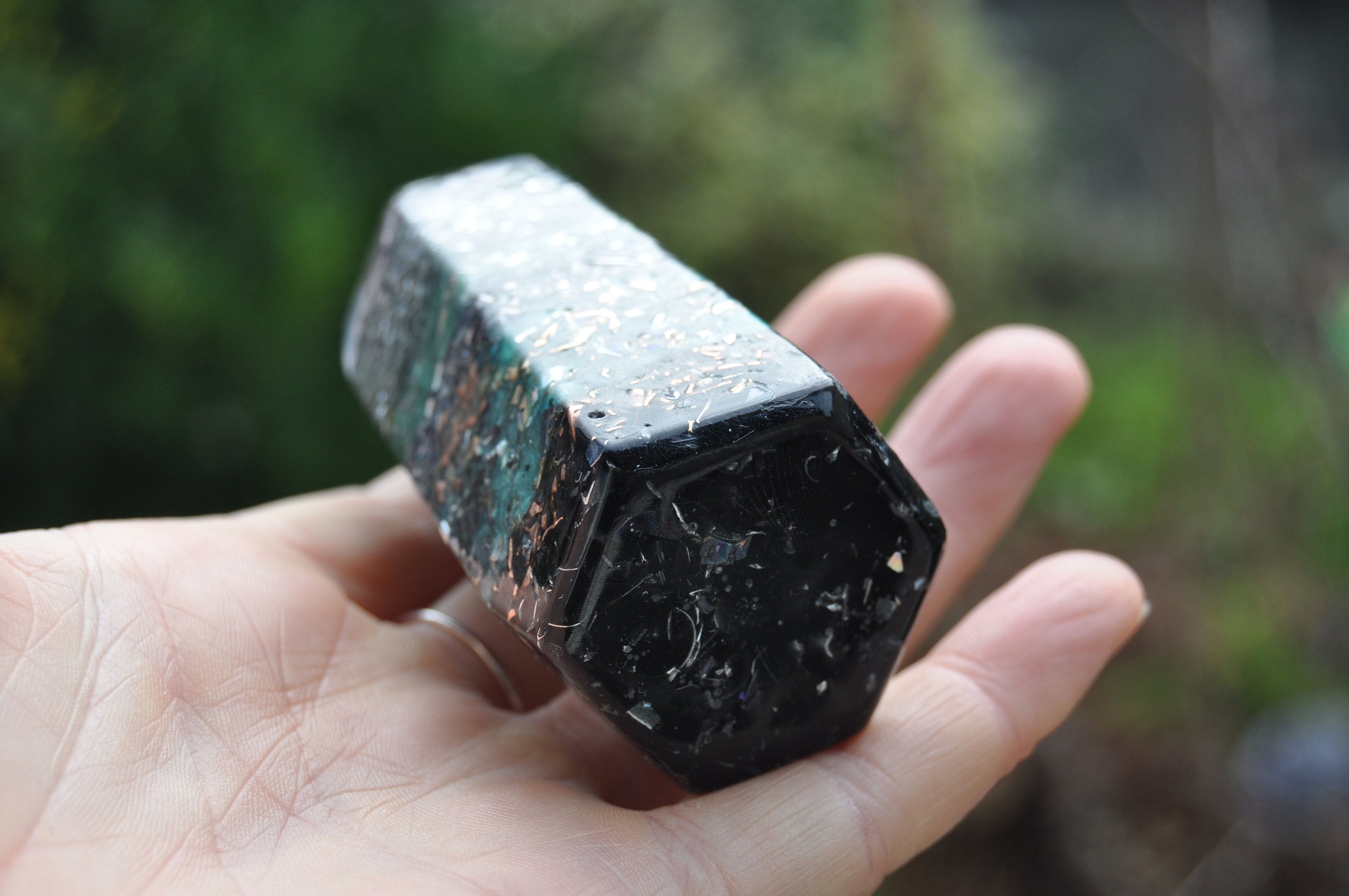 This is a unique Orgonite® crystal with the original shape of an actual terminated quartz crystal point.