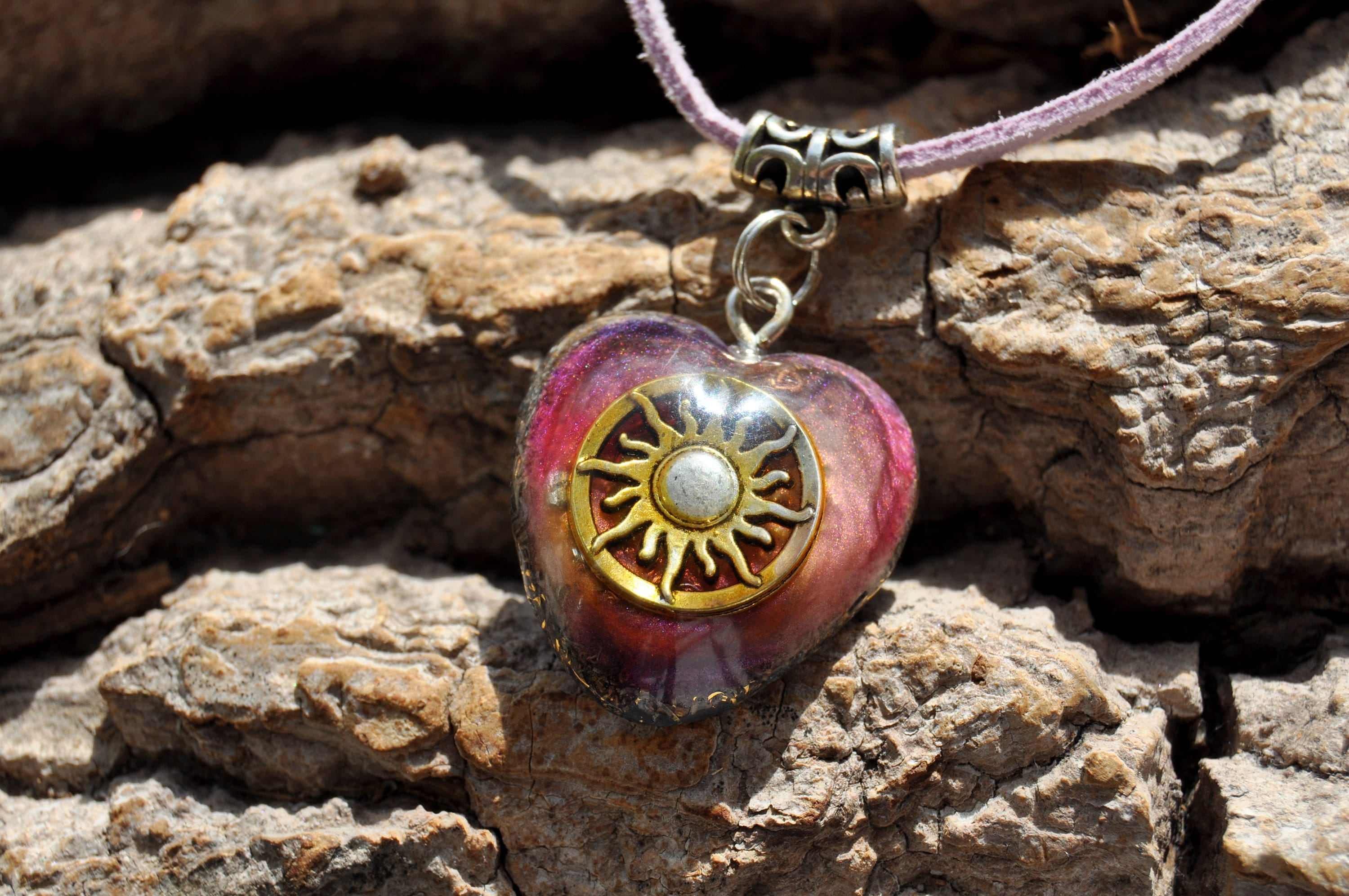 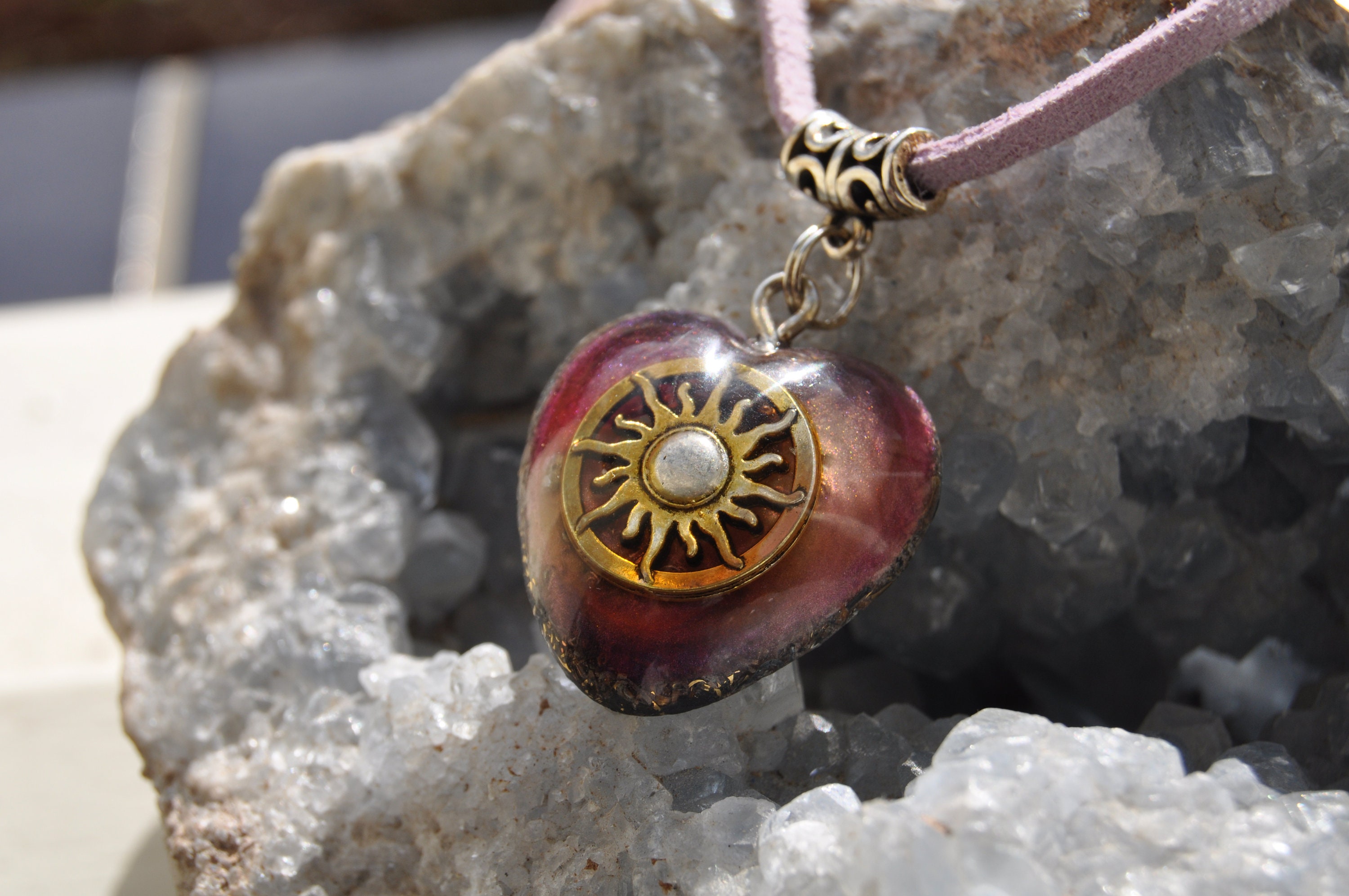 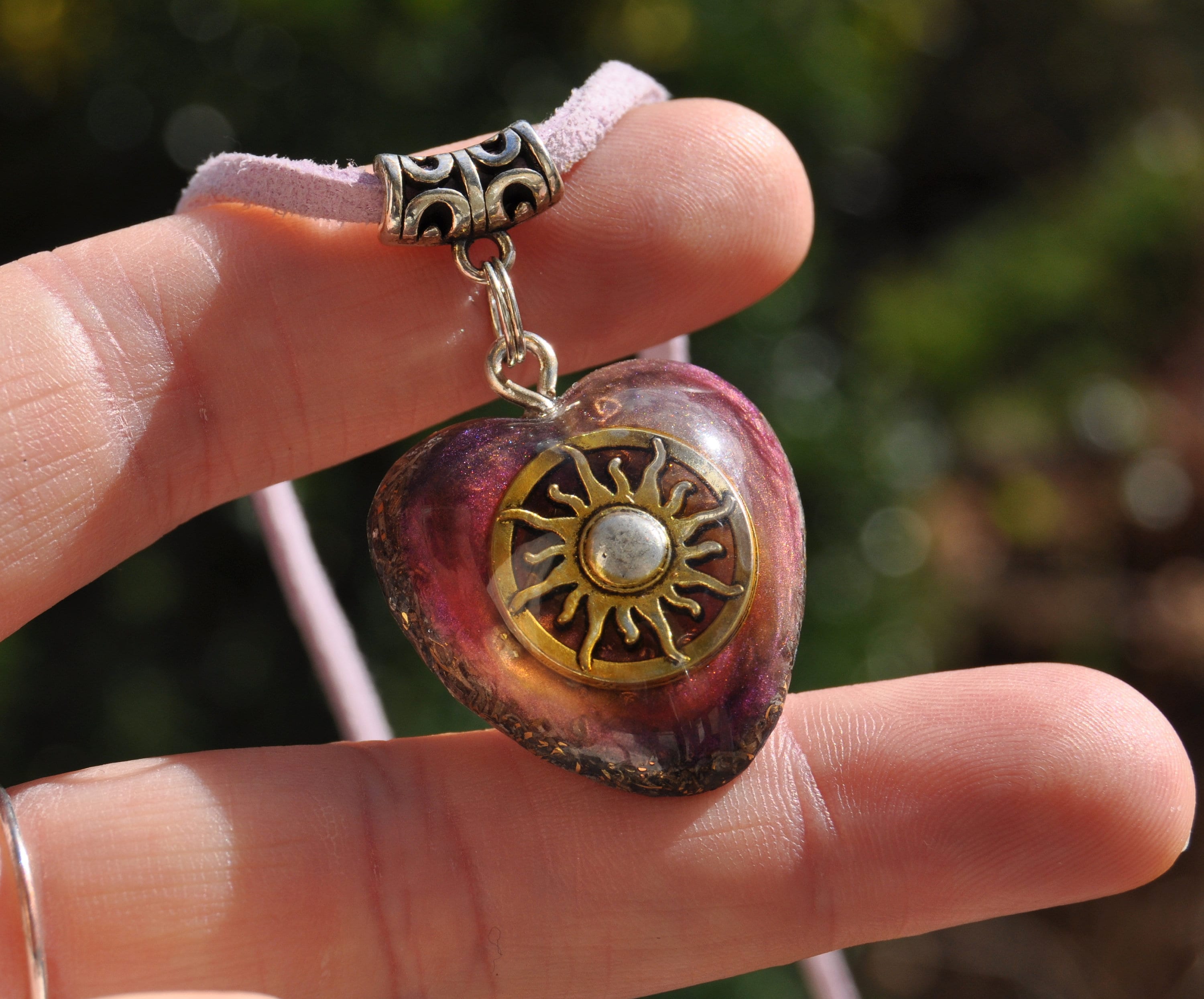 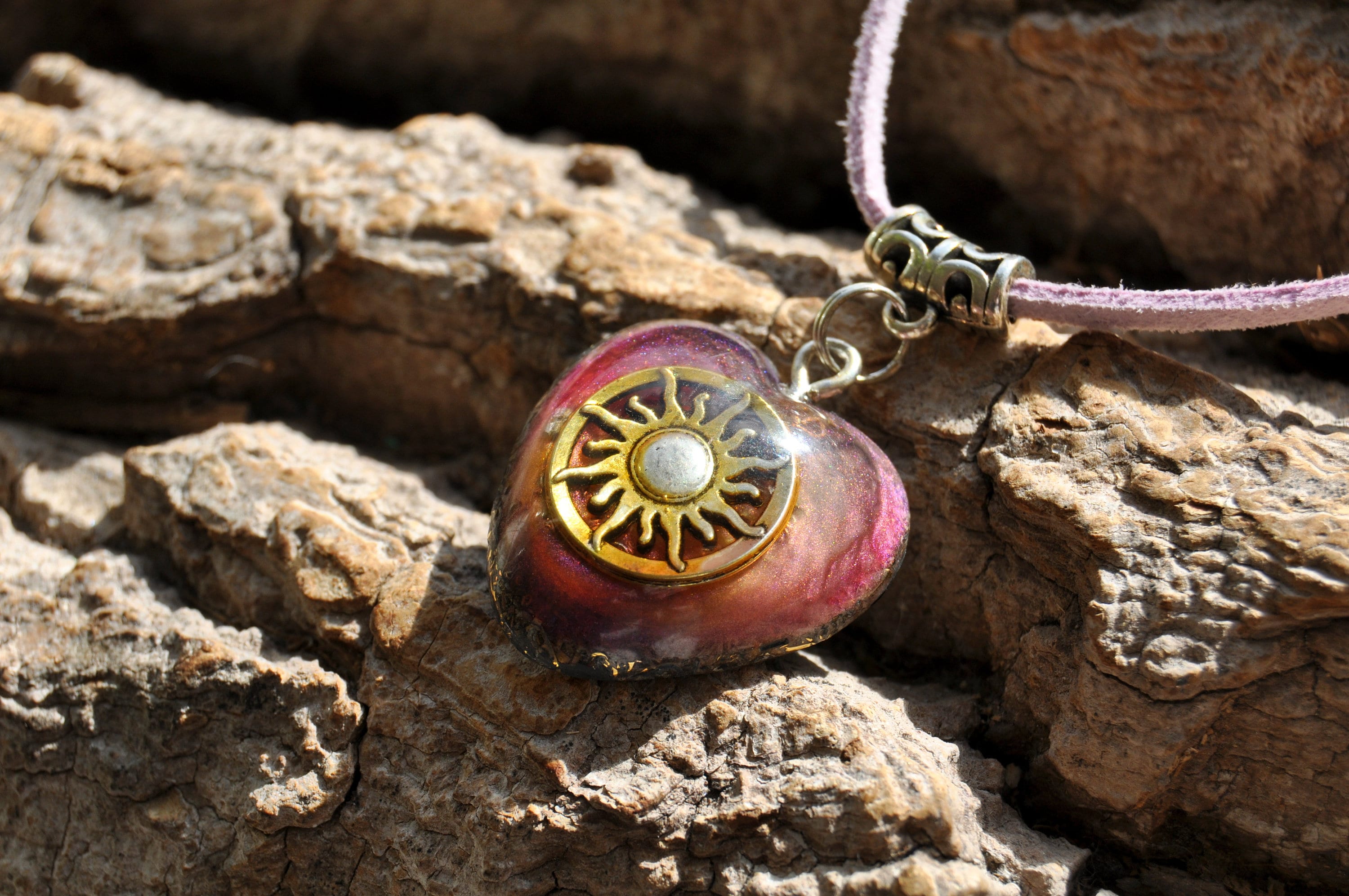 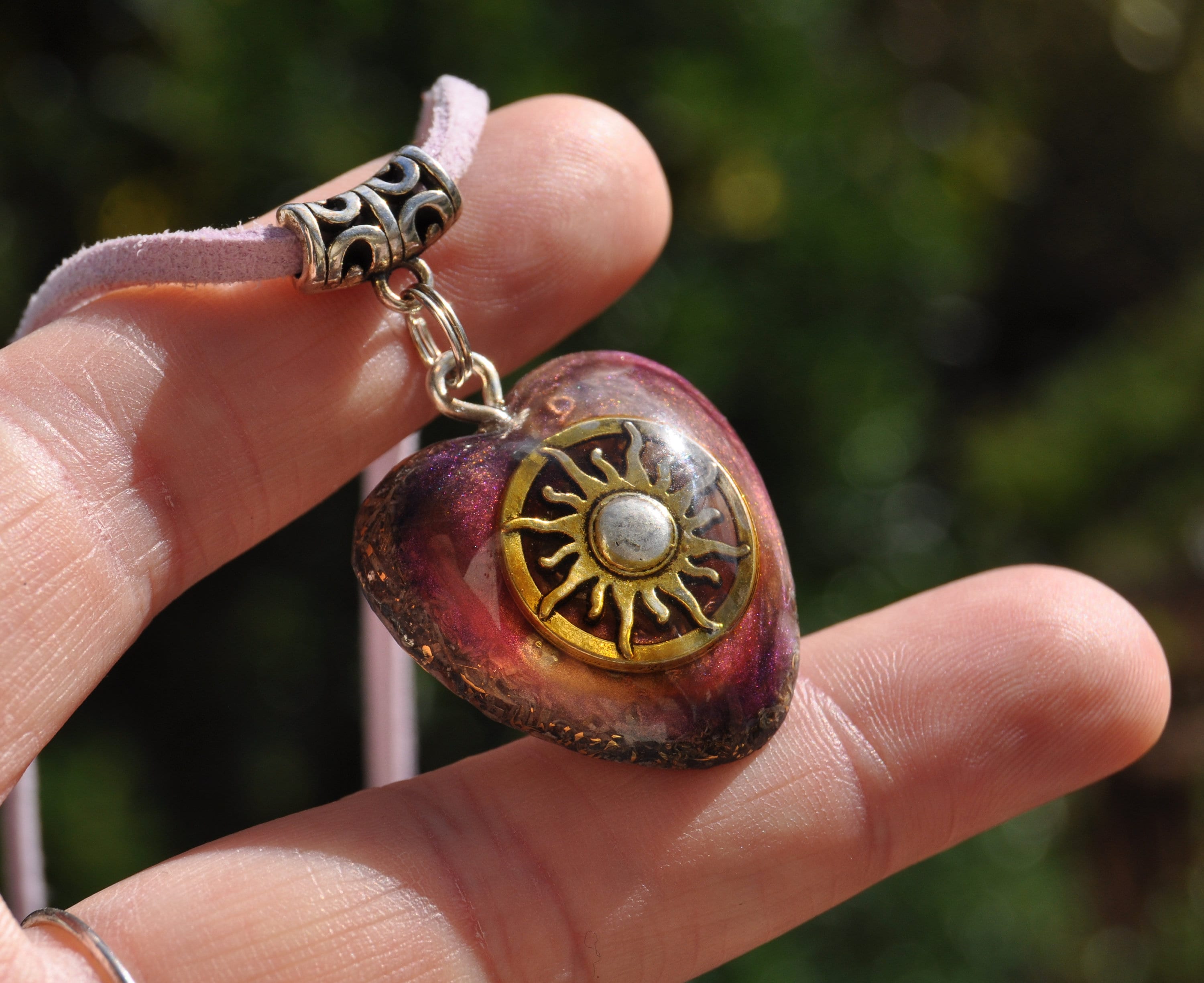 It features a shining sun in the front.

It is based on 50/50 ratio (50% metal/50% resin) which is required for the orgonite® to properly clean stagnant energy according to Willhelm Reich's research.