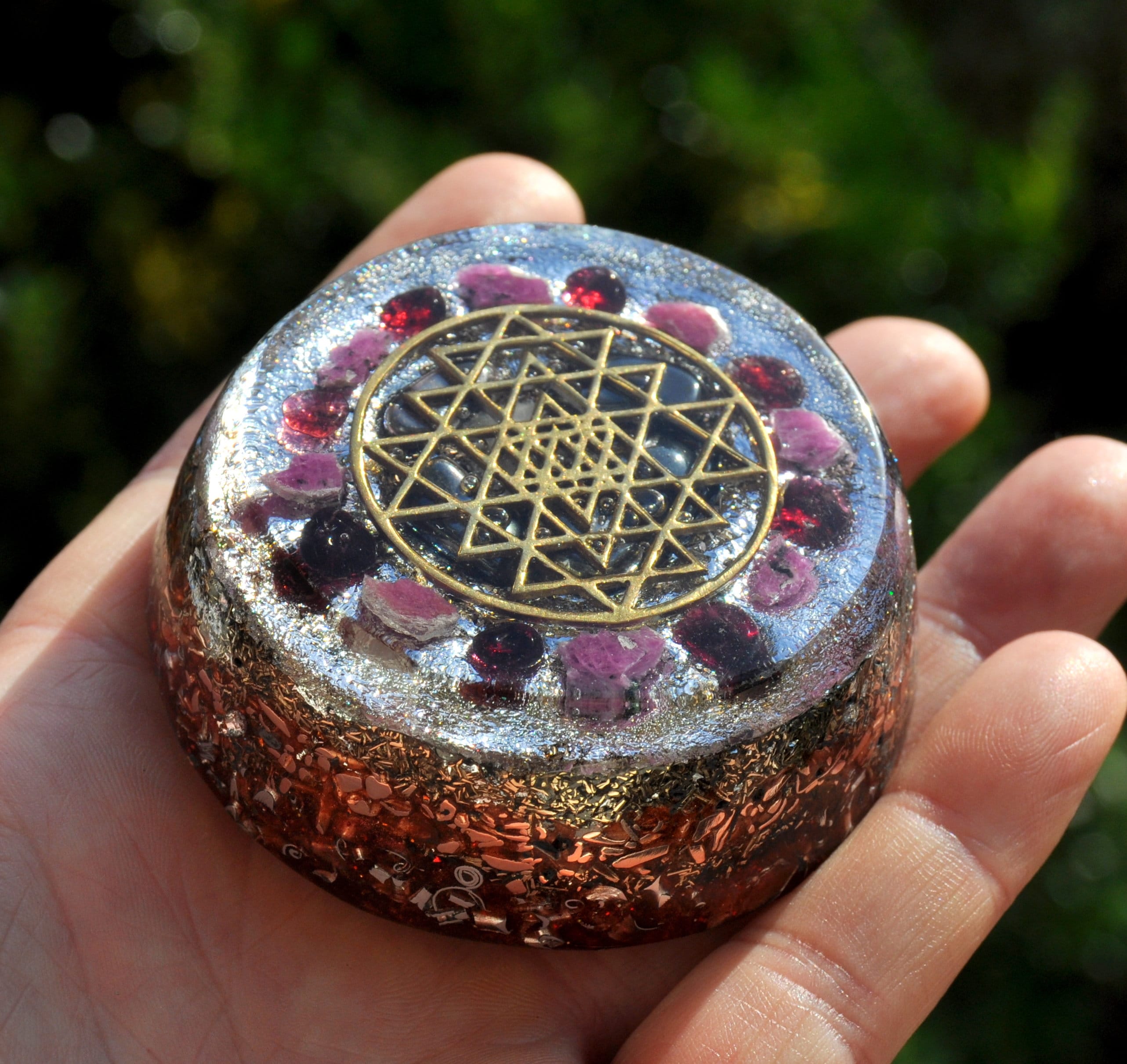 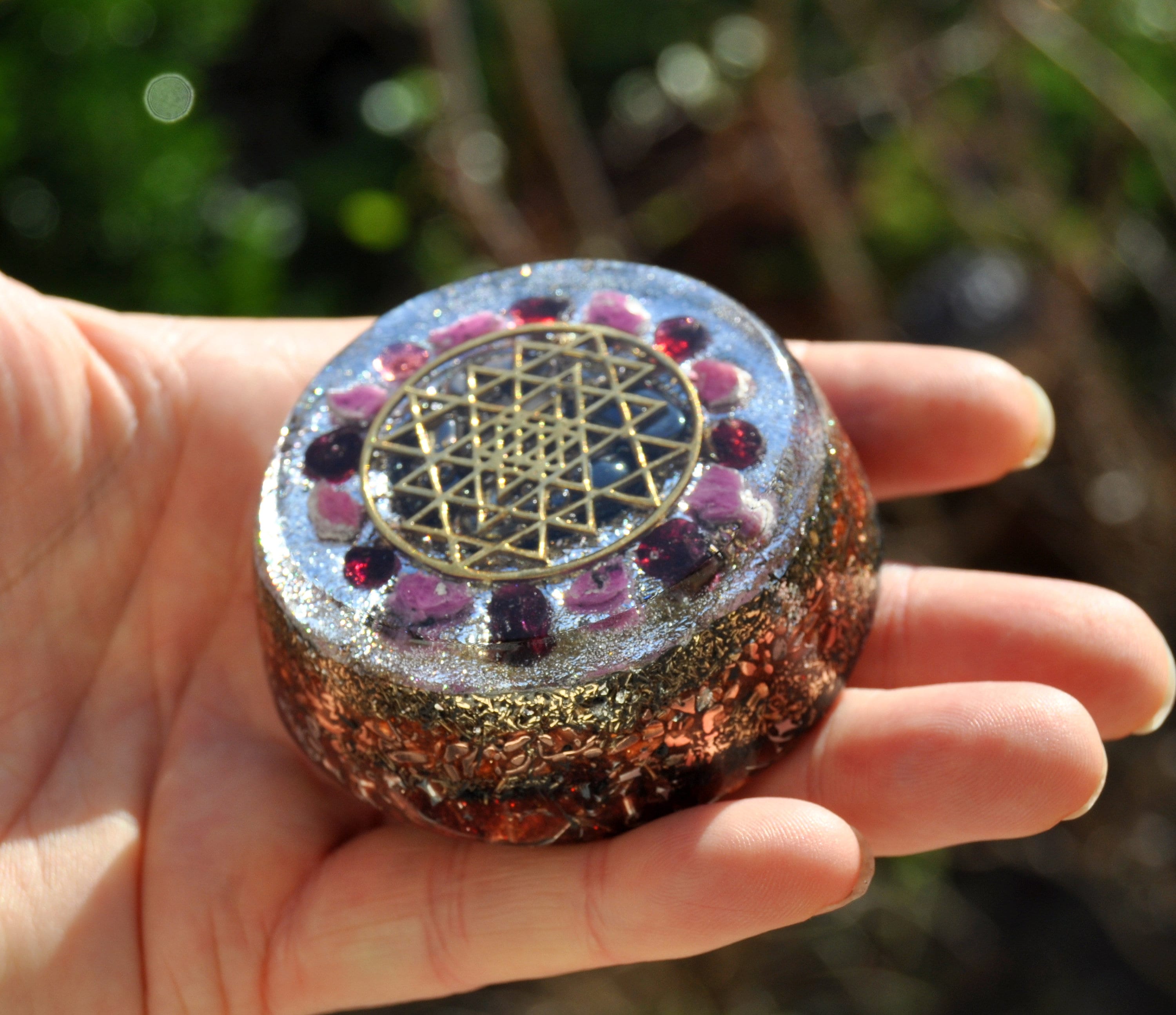 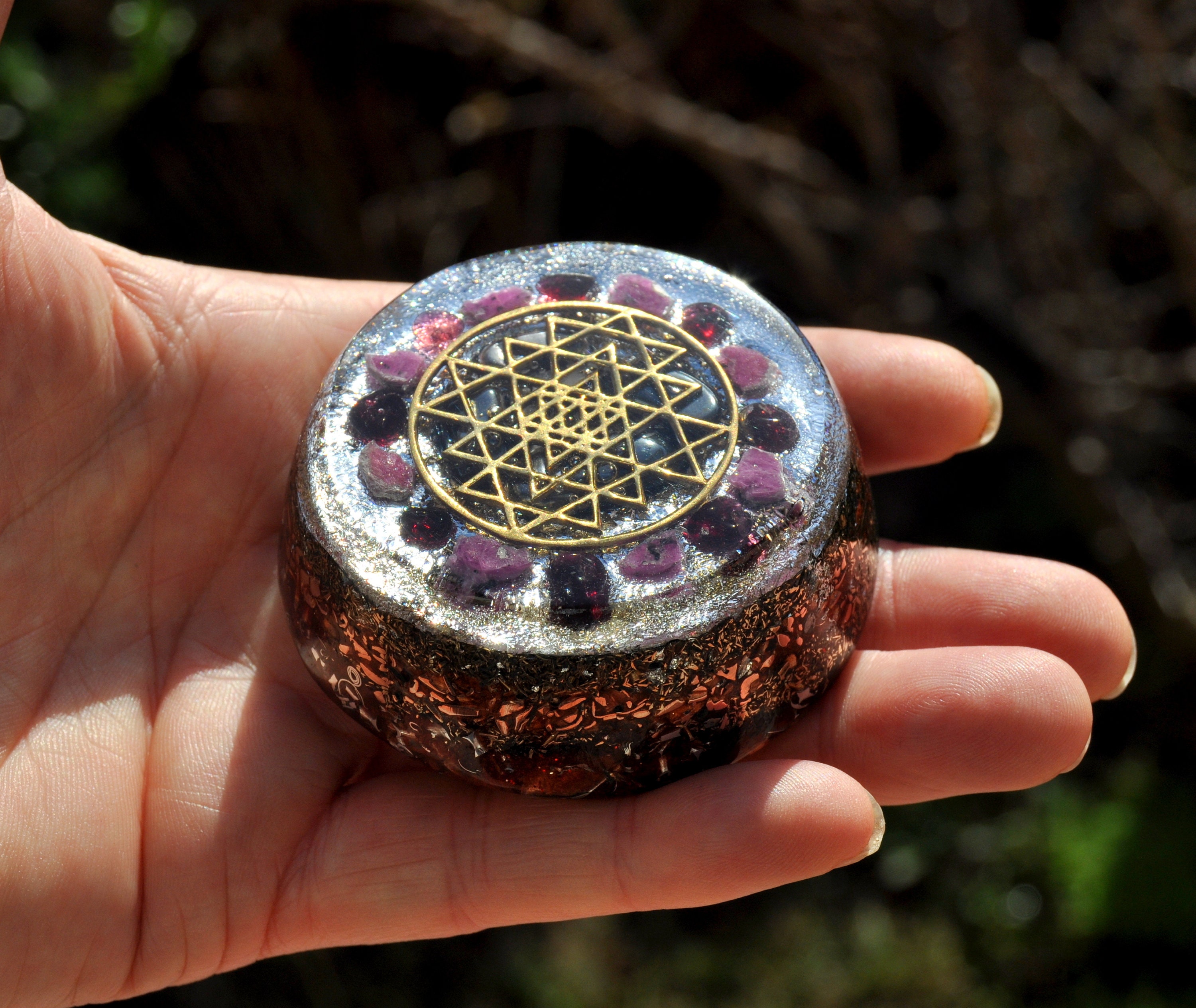 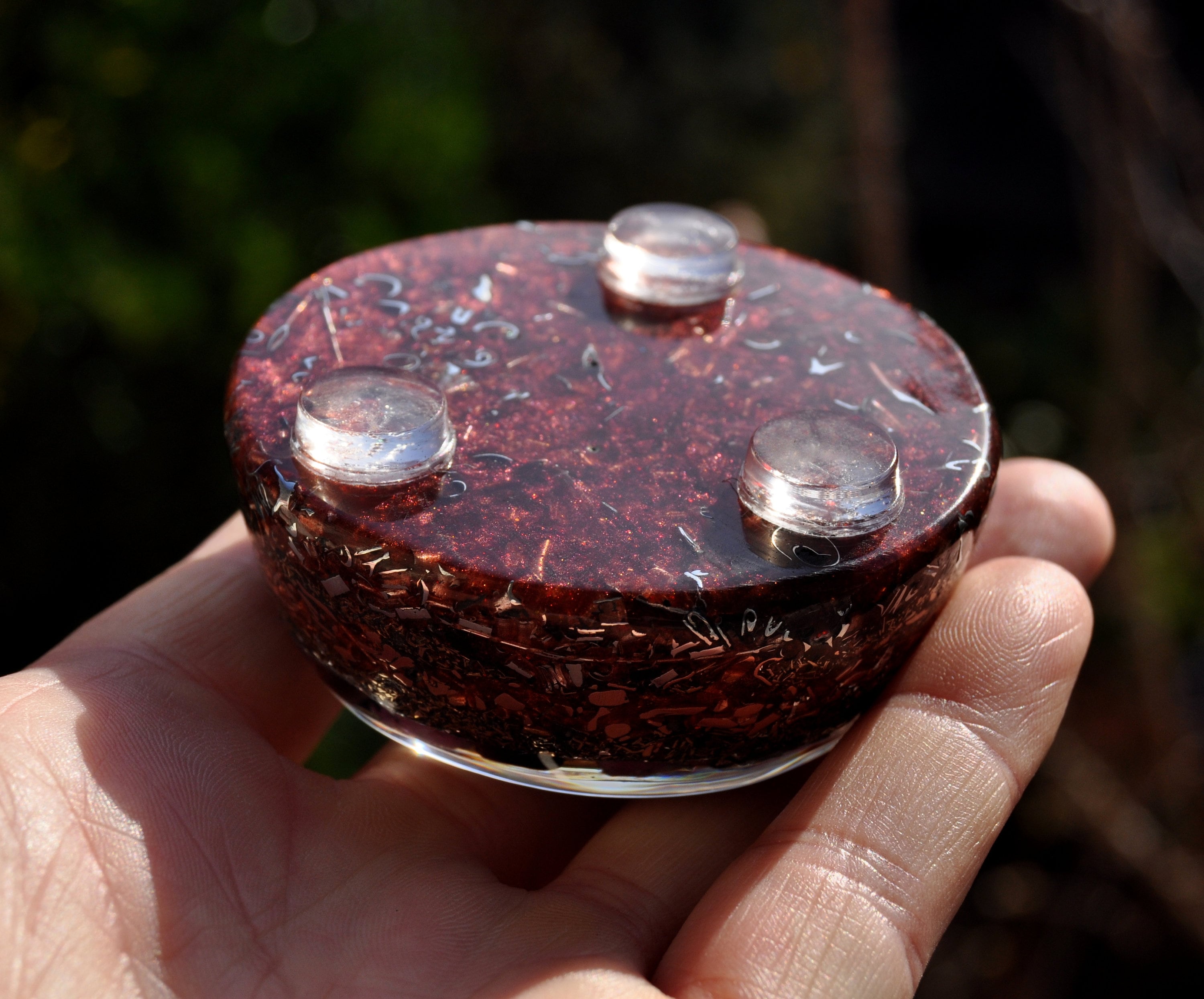 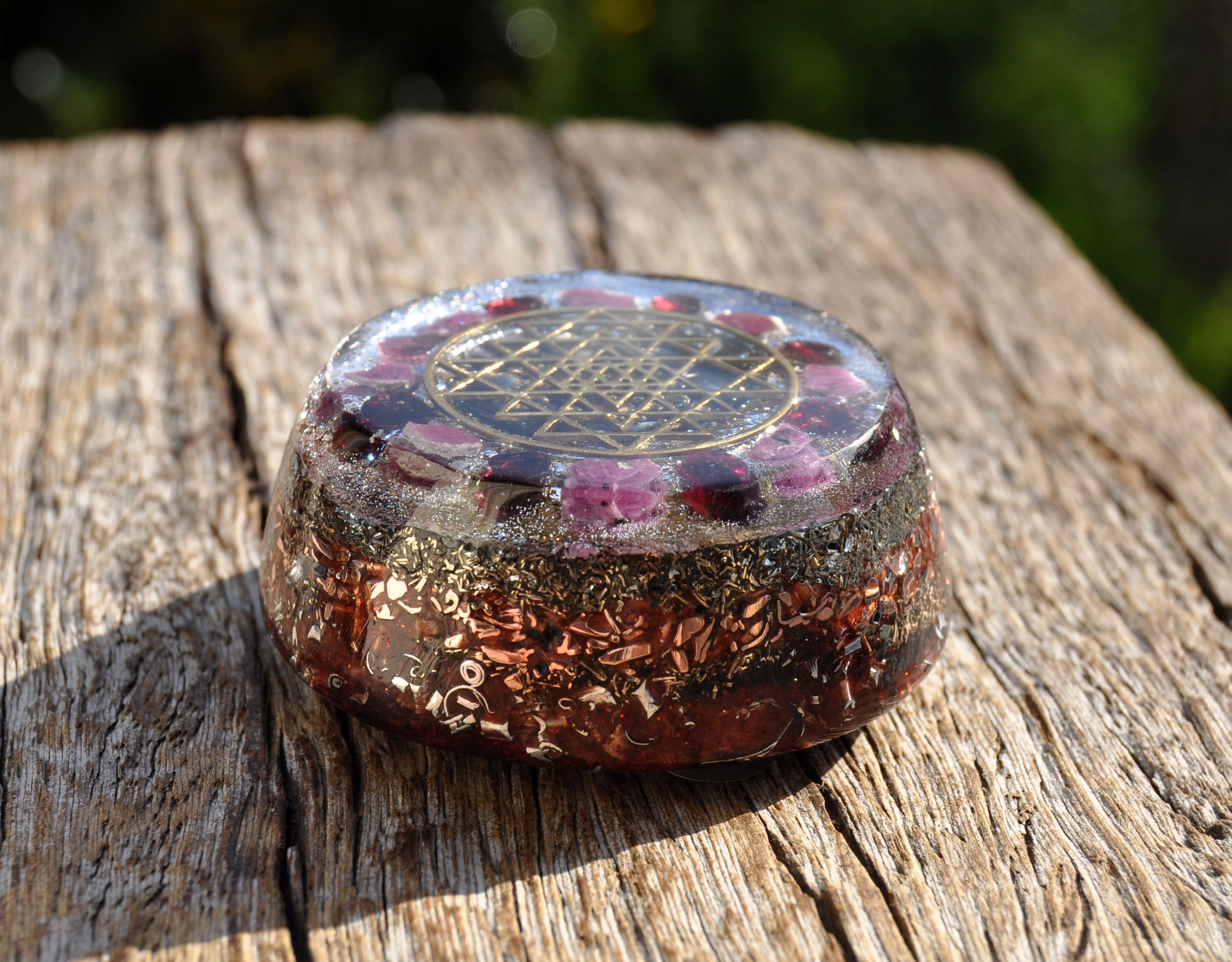 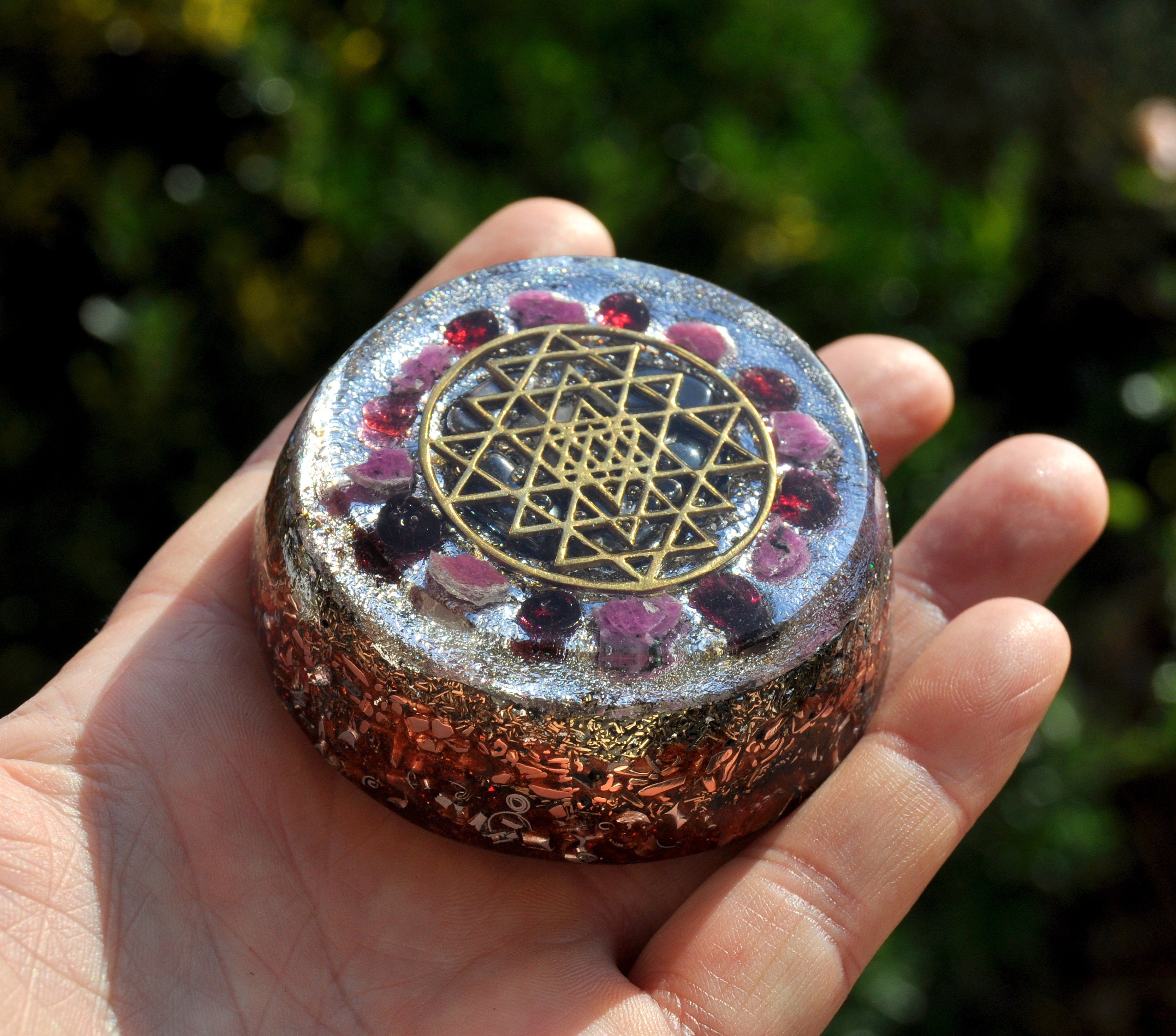 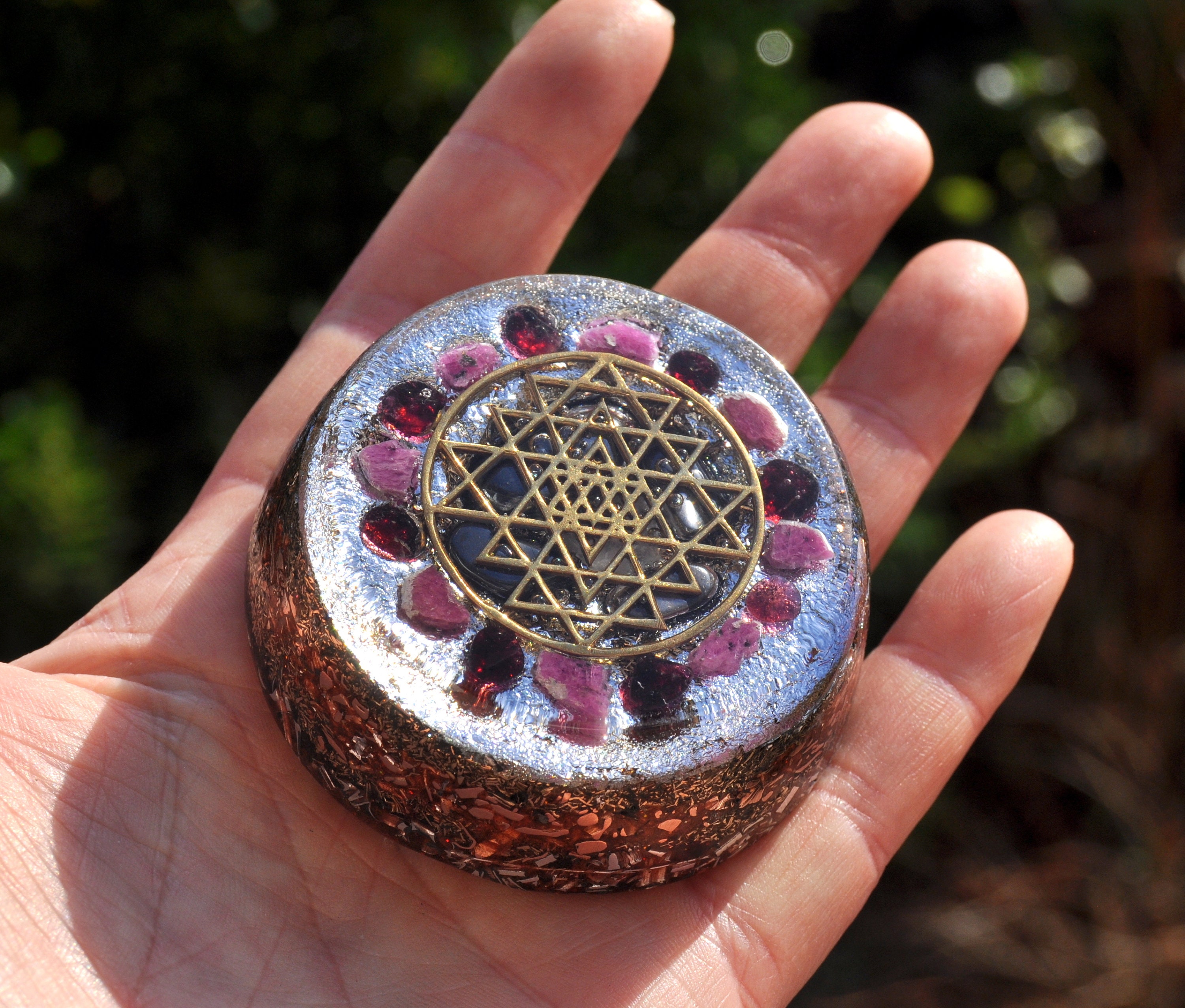 The orgone generator® towerbuster features meticulously laid raw Ruby pieces and red Garnet crystals in the top. It furthermore consists of four natural terminated clear quartz crystals in the bottom positioned on all four wind directions for extended energy flow range to all sides. Recharges itself ! It has been handsanded and handpolished on all sides.

This tower buster is made with intuition and 💖 and is created with loving intent to transform people’s lives for the better. Because it is a one of a kind hand-crafted one, it may have slight artistic imperfections.

There is a Sri Yantra symbol on the top and under this symbol there are Hematite crystals.

SRI YANTRA
The Sri Yantra is a form of mystical diagram which consists of nine interlocking triangles that surround a central point known as a bindu. These triangles represent the cosmos and the human body.

Sri Yantra holds the theory of everything in each and every bit. One of the fundamental hyperspace structure is the 64 tetrahedron grid.
It is a fundamental sacred fractal geometry formed by opposite and equal forces shiva (consciousness) and shakti (energy). The center - bindu of Sri Yantra is singularity in cosmology where theories and laws of cosmology and quantum physics ceases..