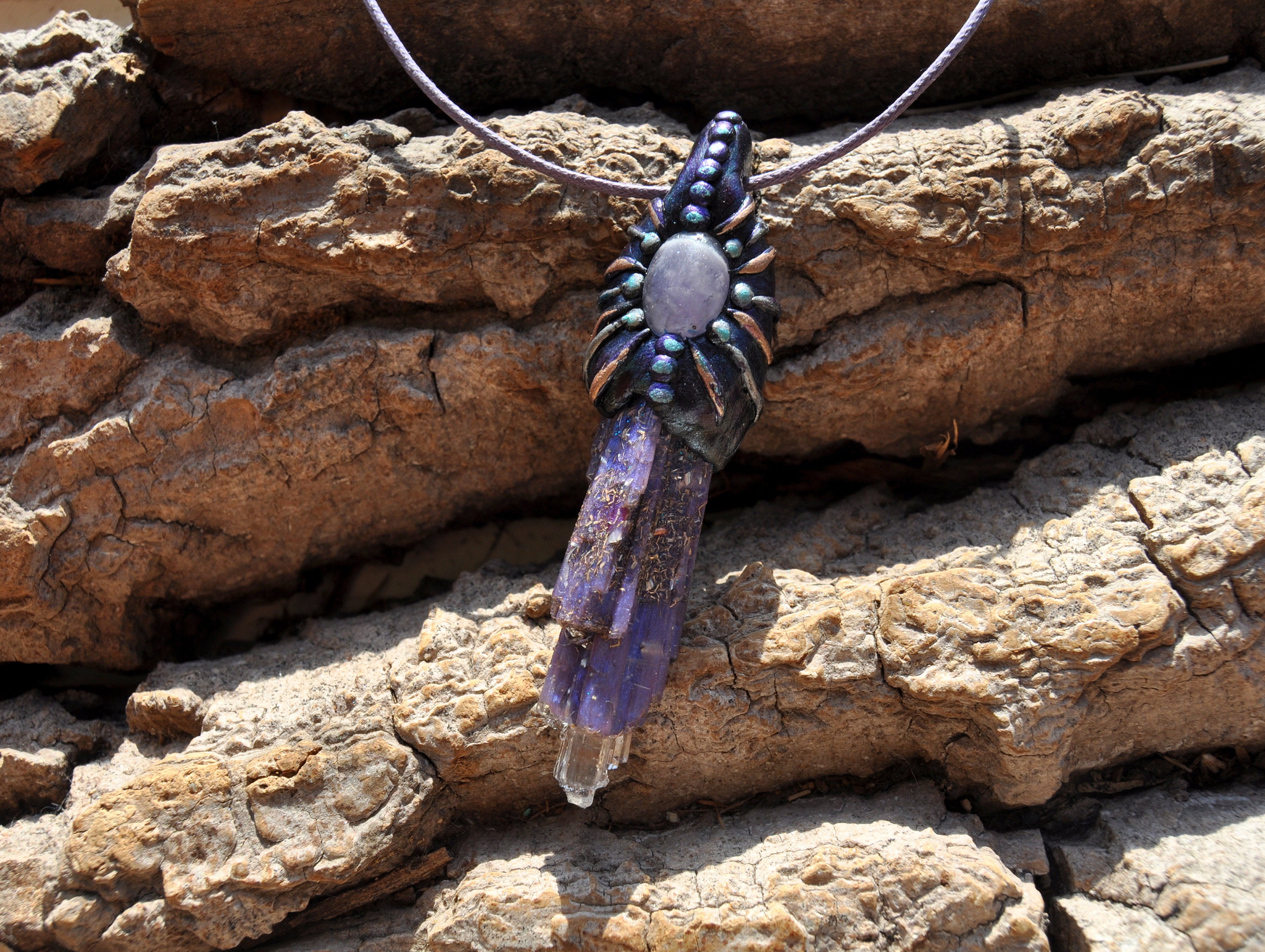 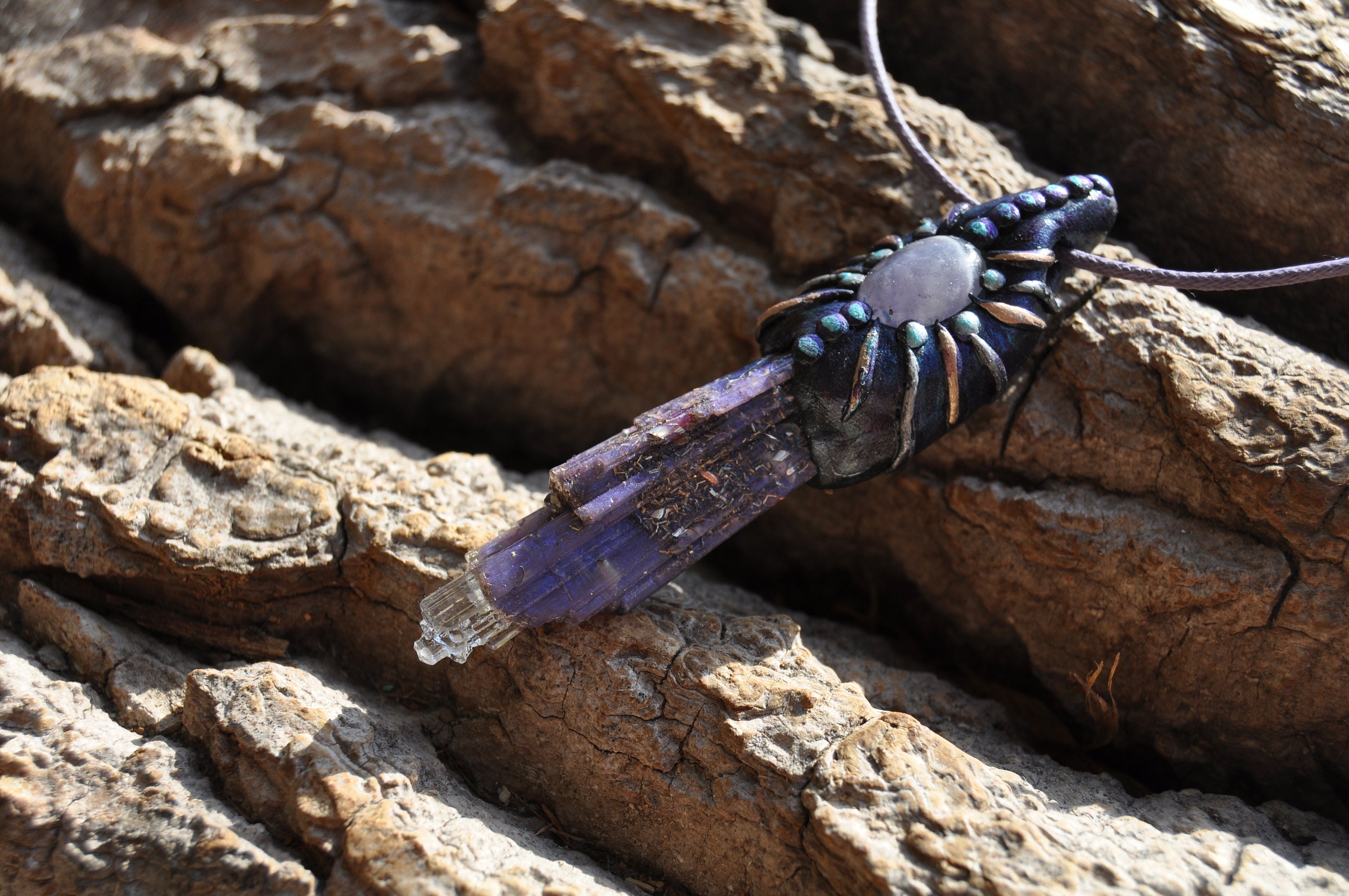 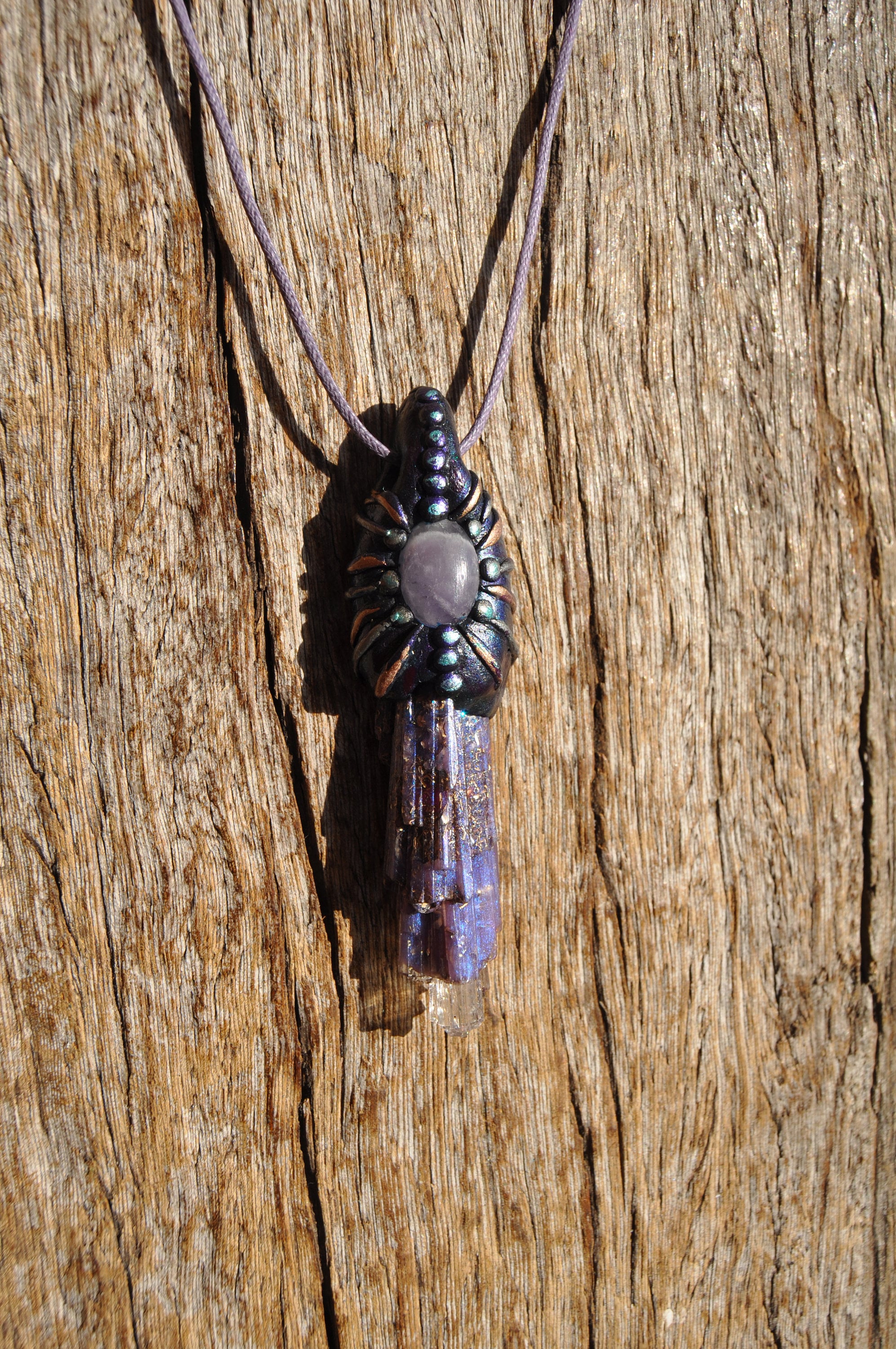 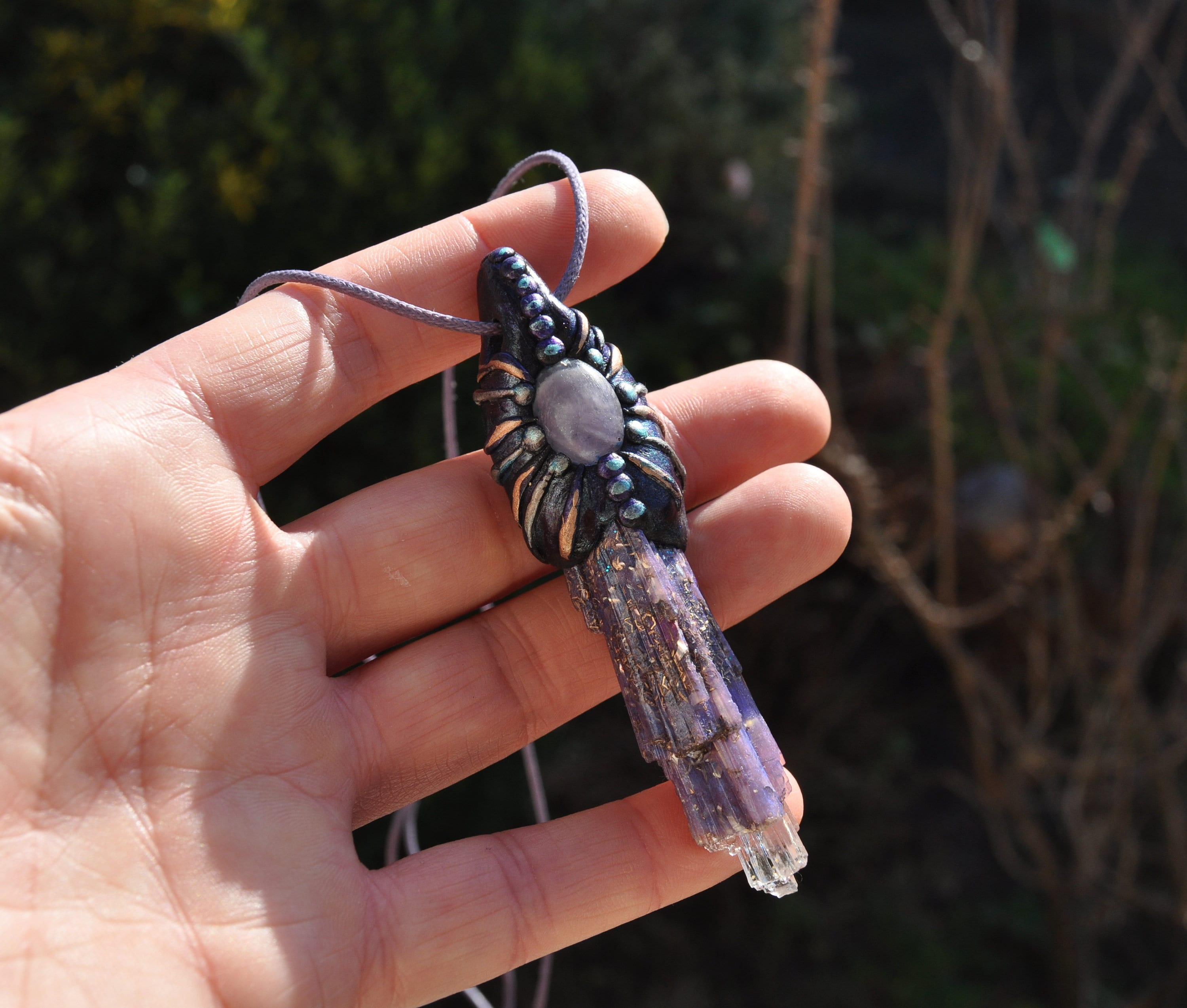 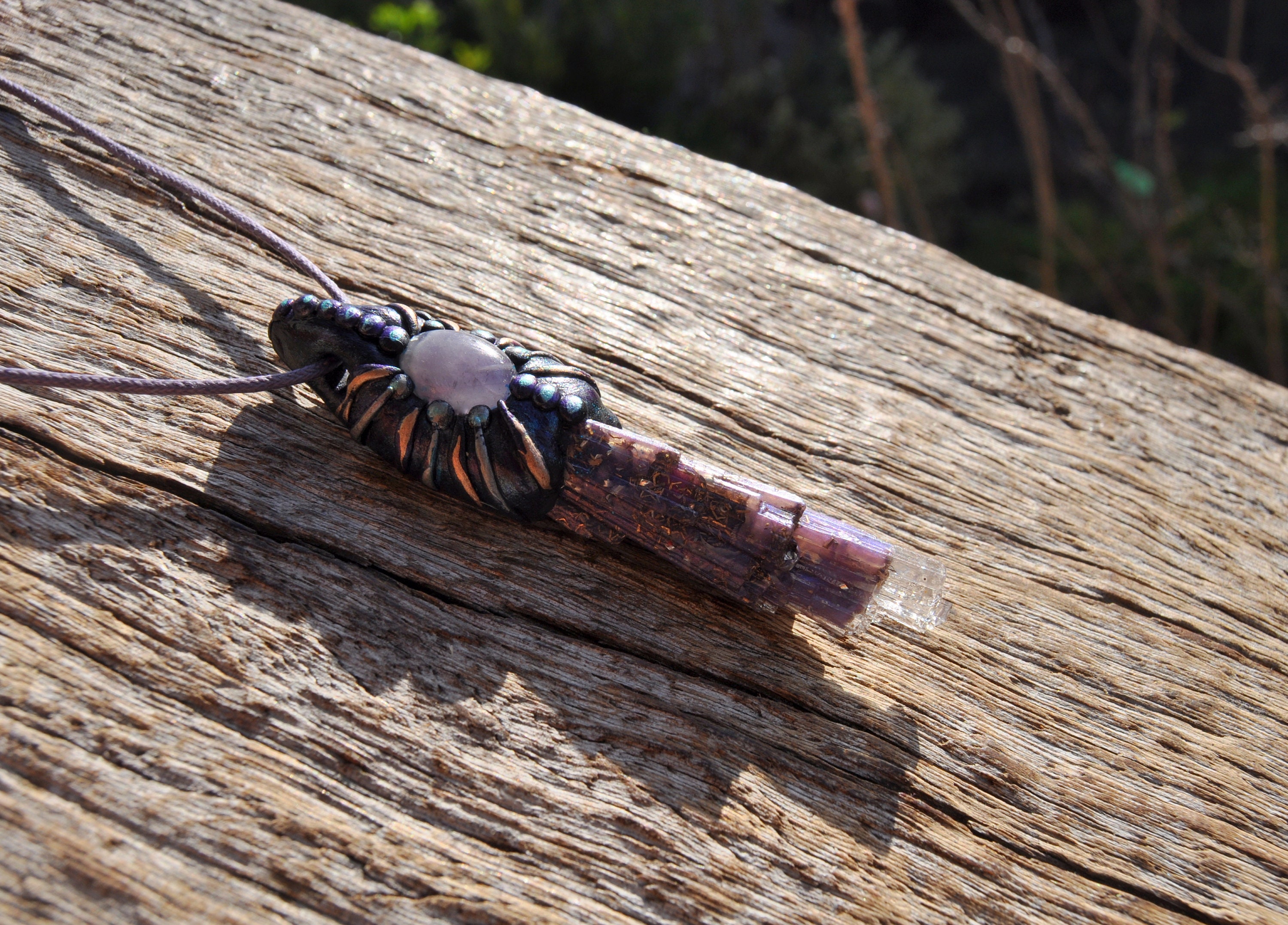 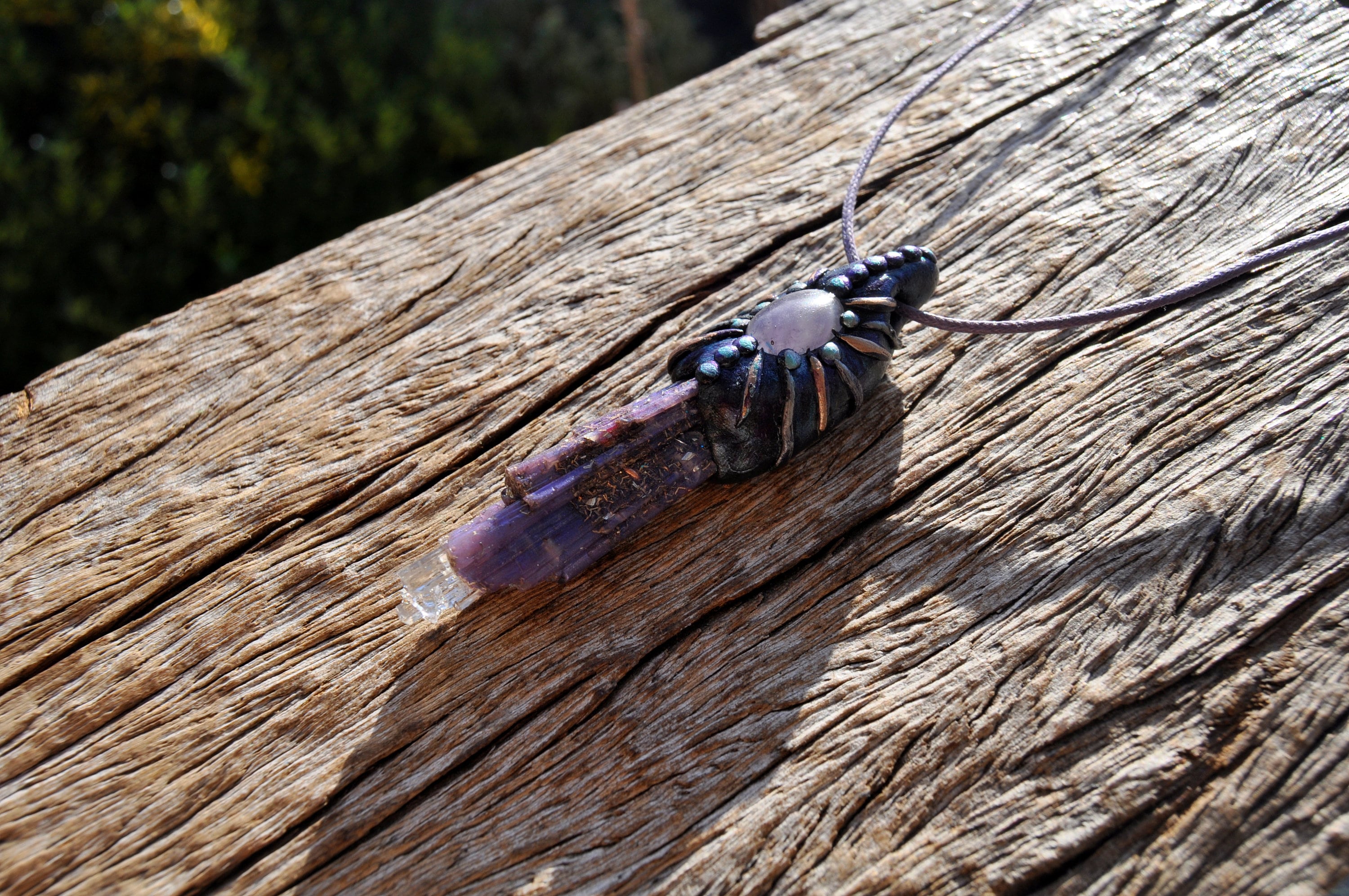 The handsculpted clay setting I also did myself. Ive used two different kinds of clay which makes the pendant almost unbreakable but I recommend taking it off while showering or having a bath to extend the lifetime of the colors. It has a polished Amethyst stone in the top.