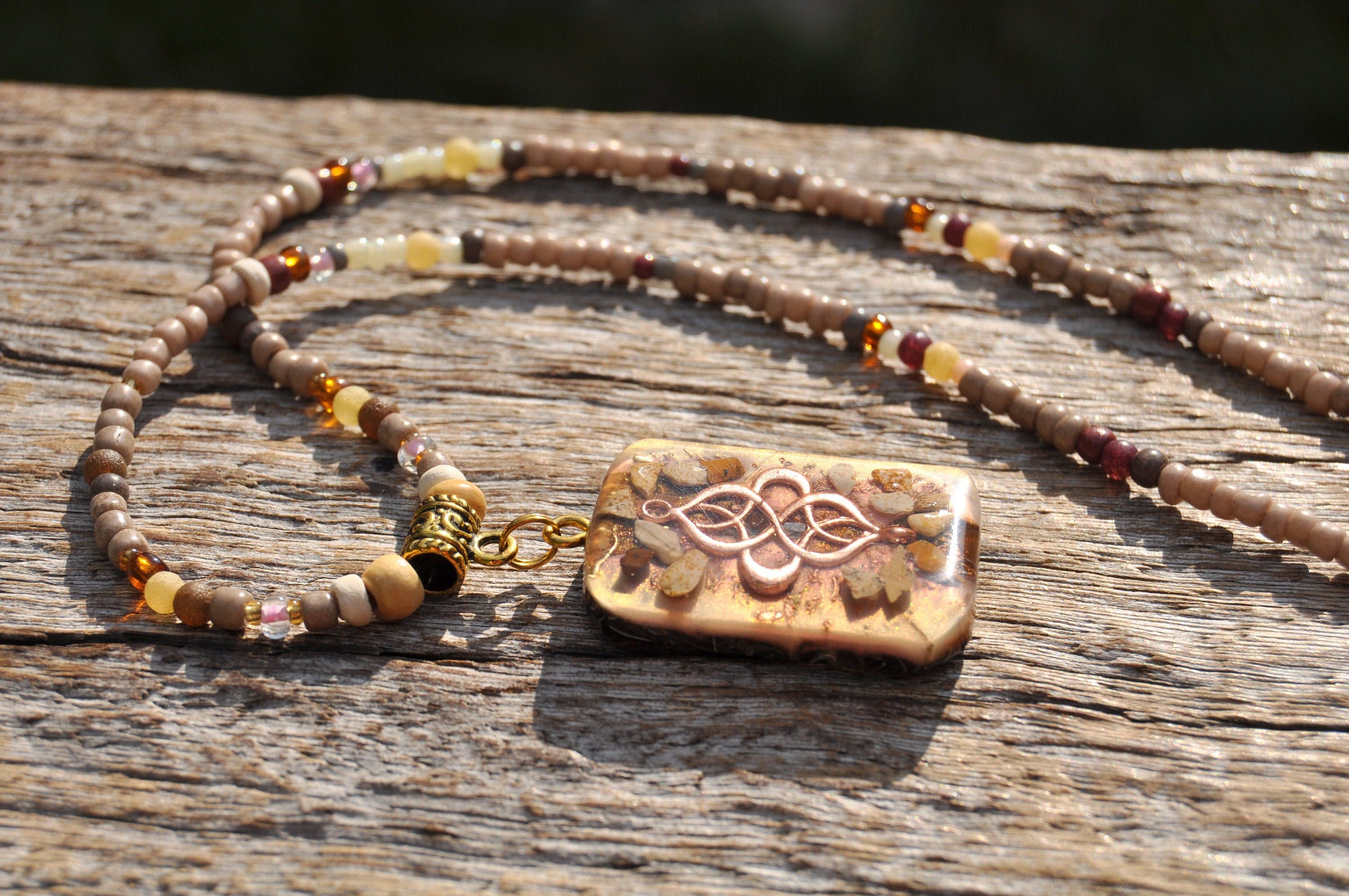 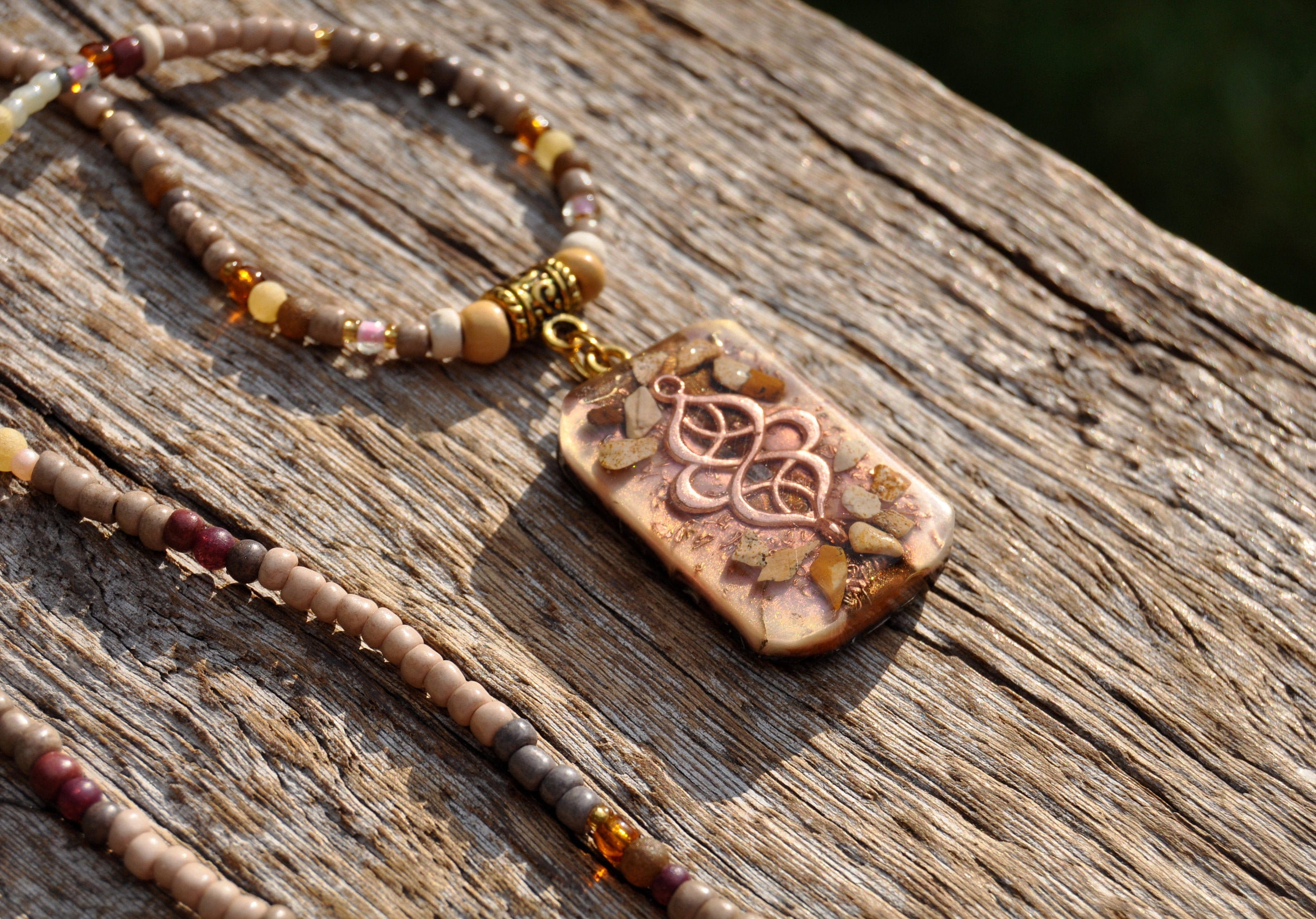 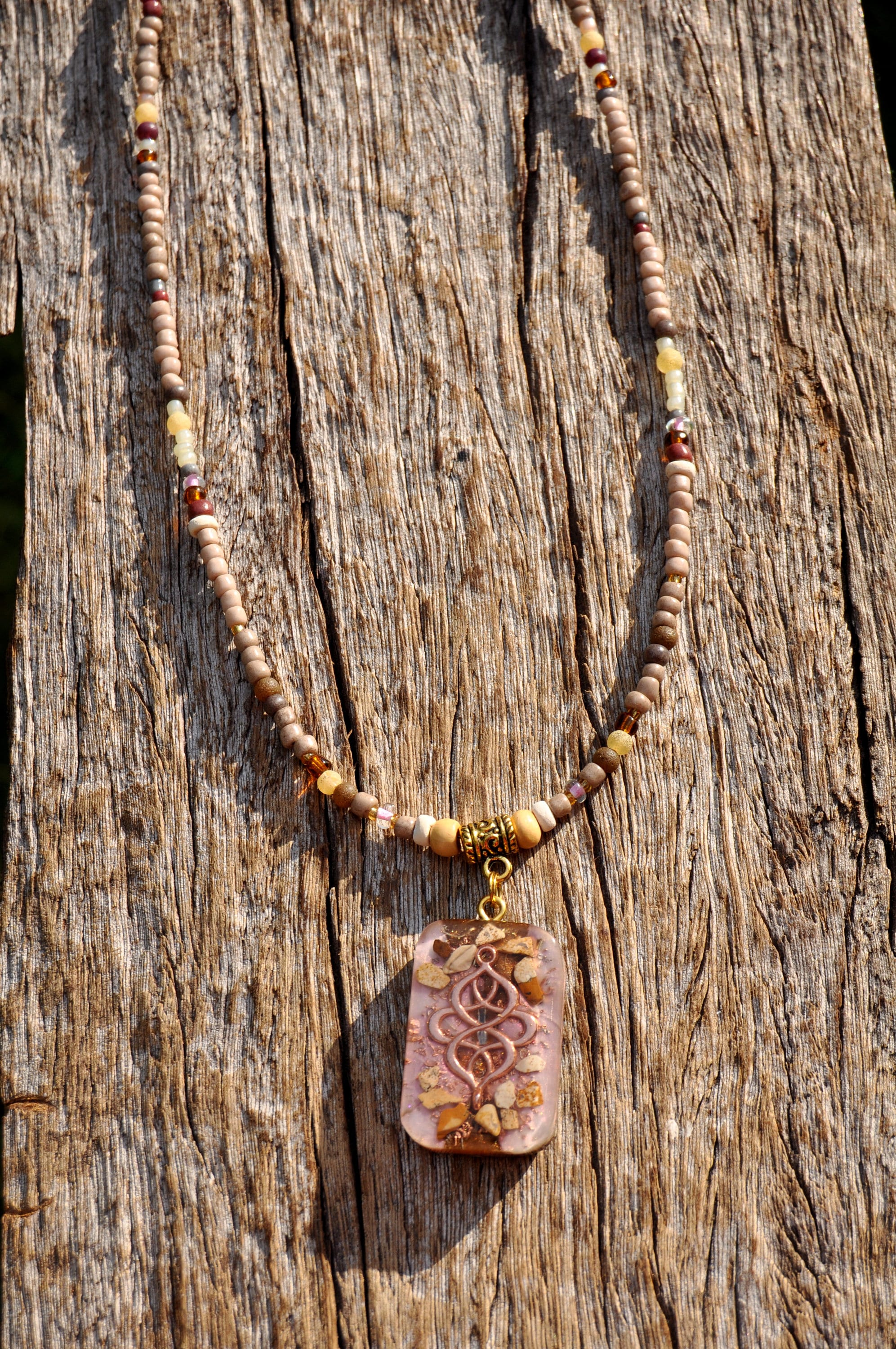 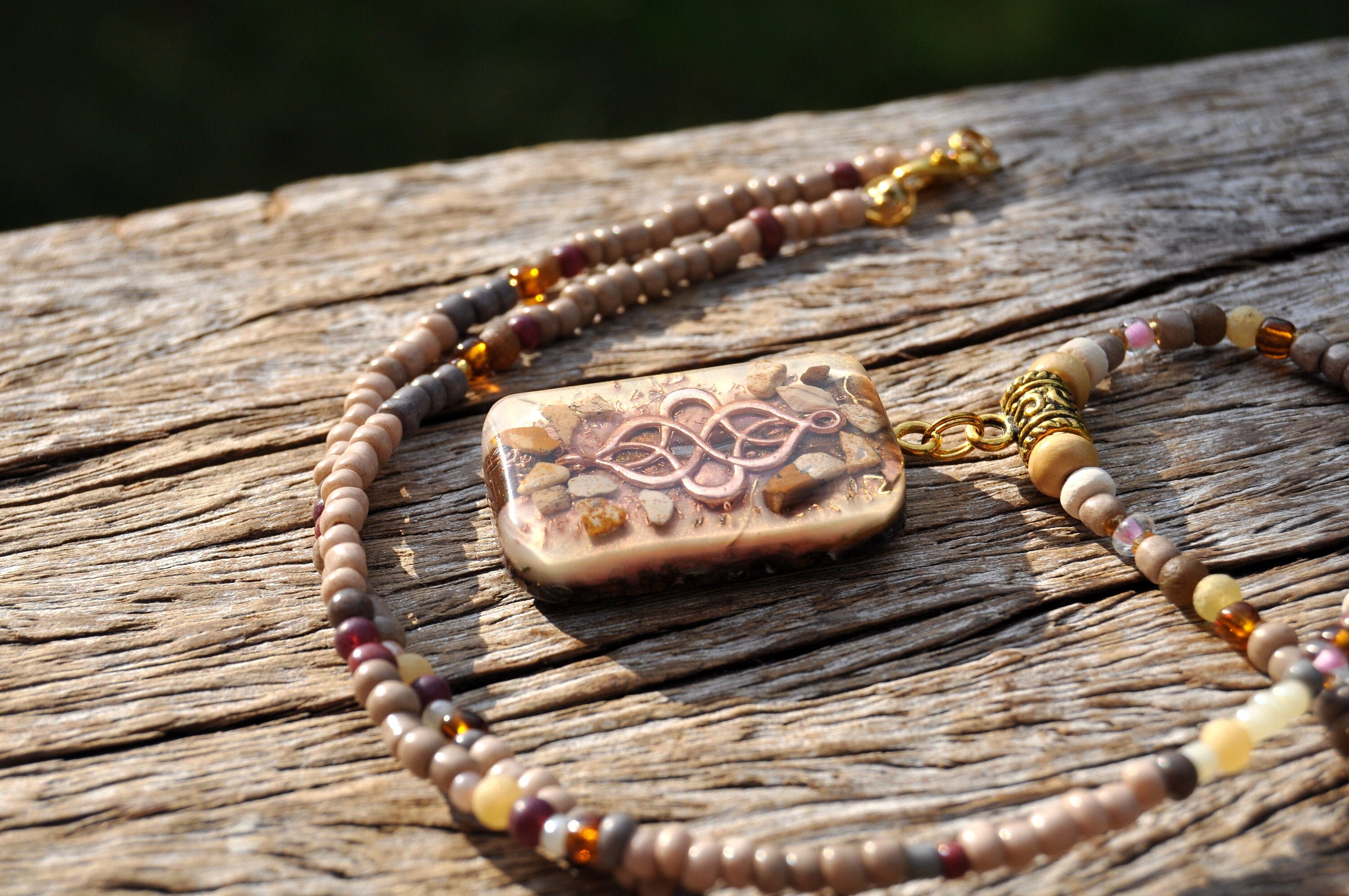 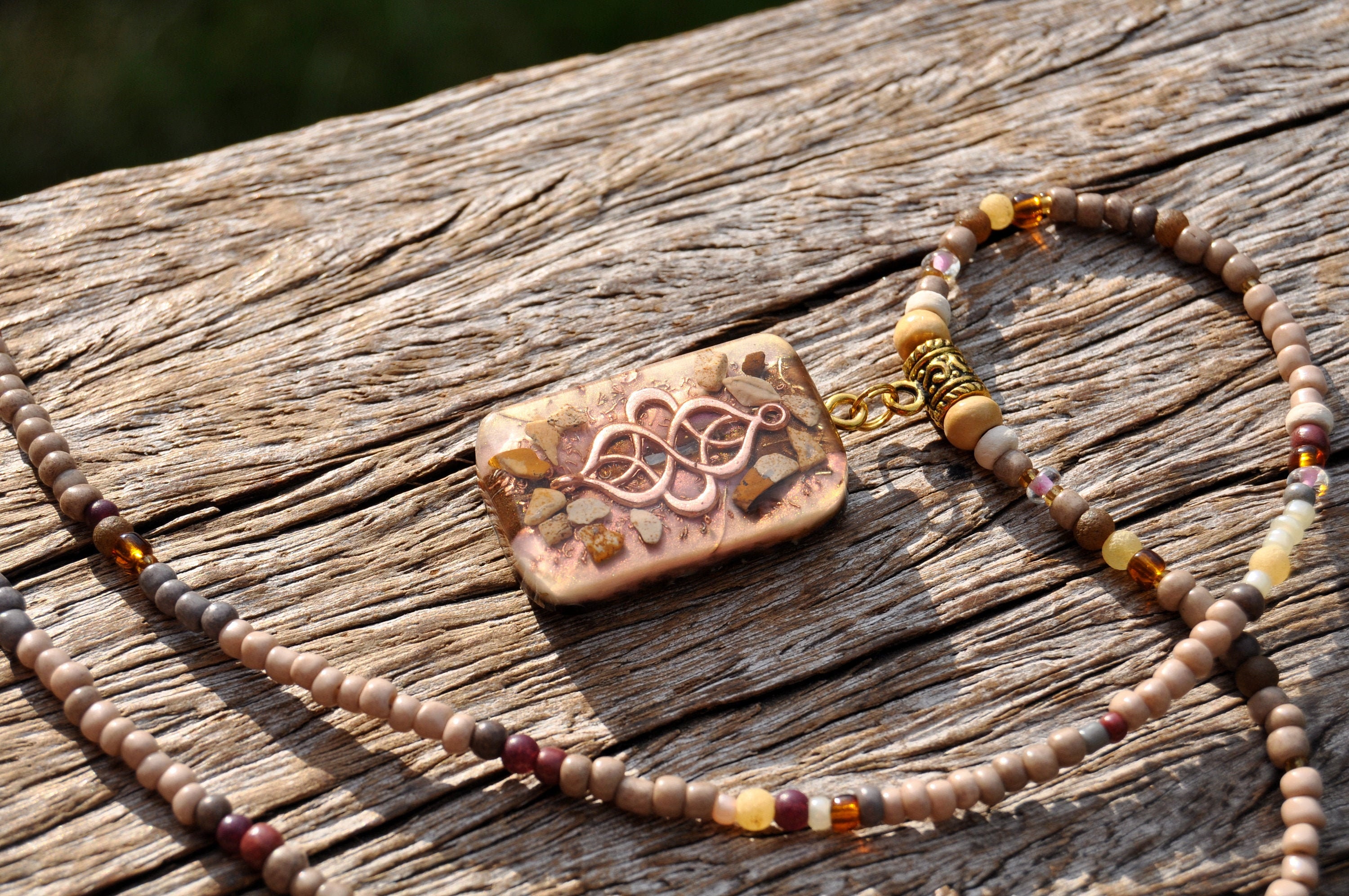 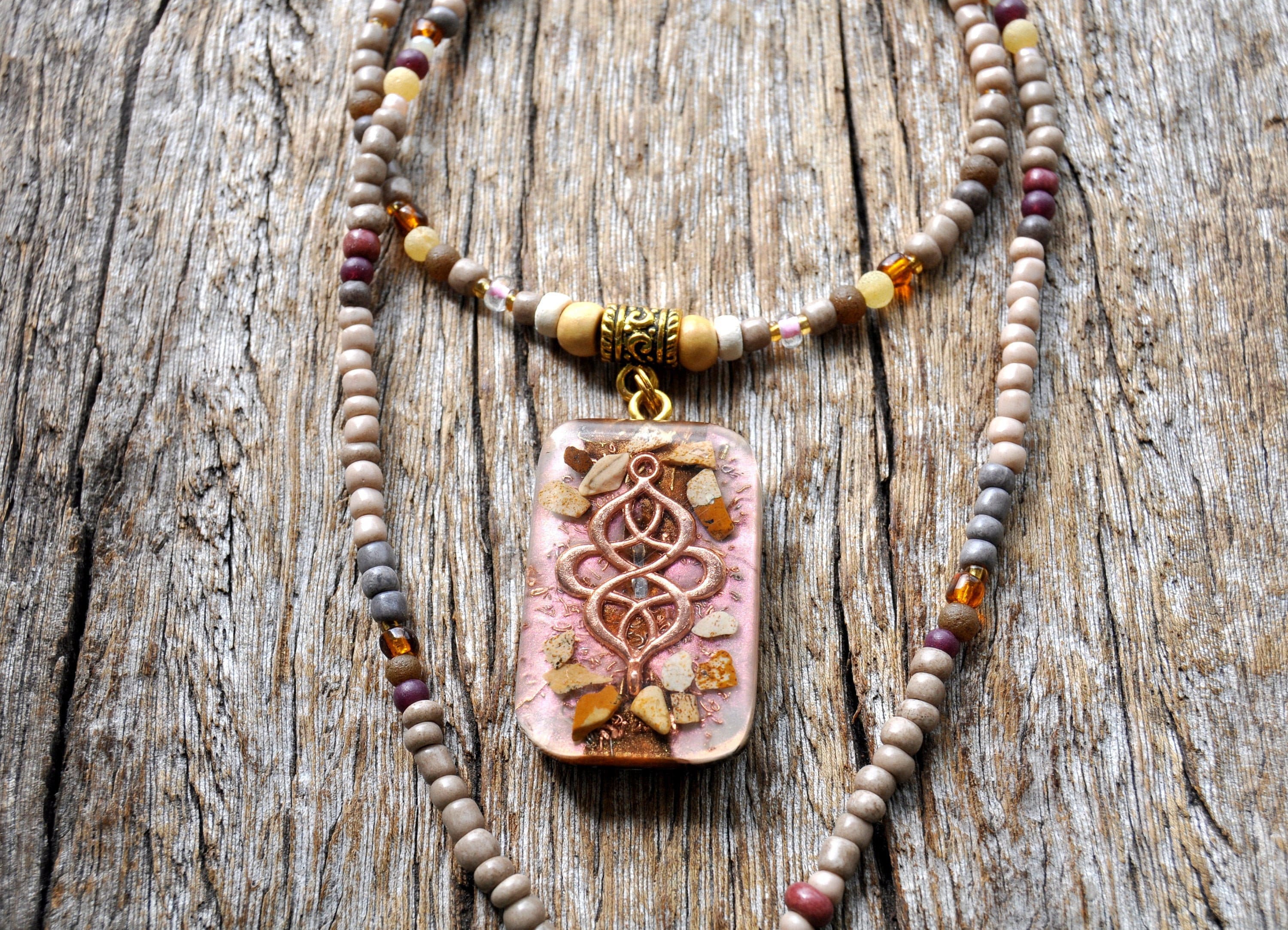 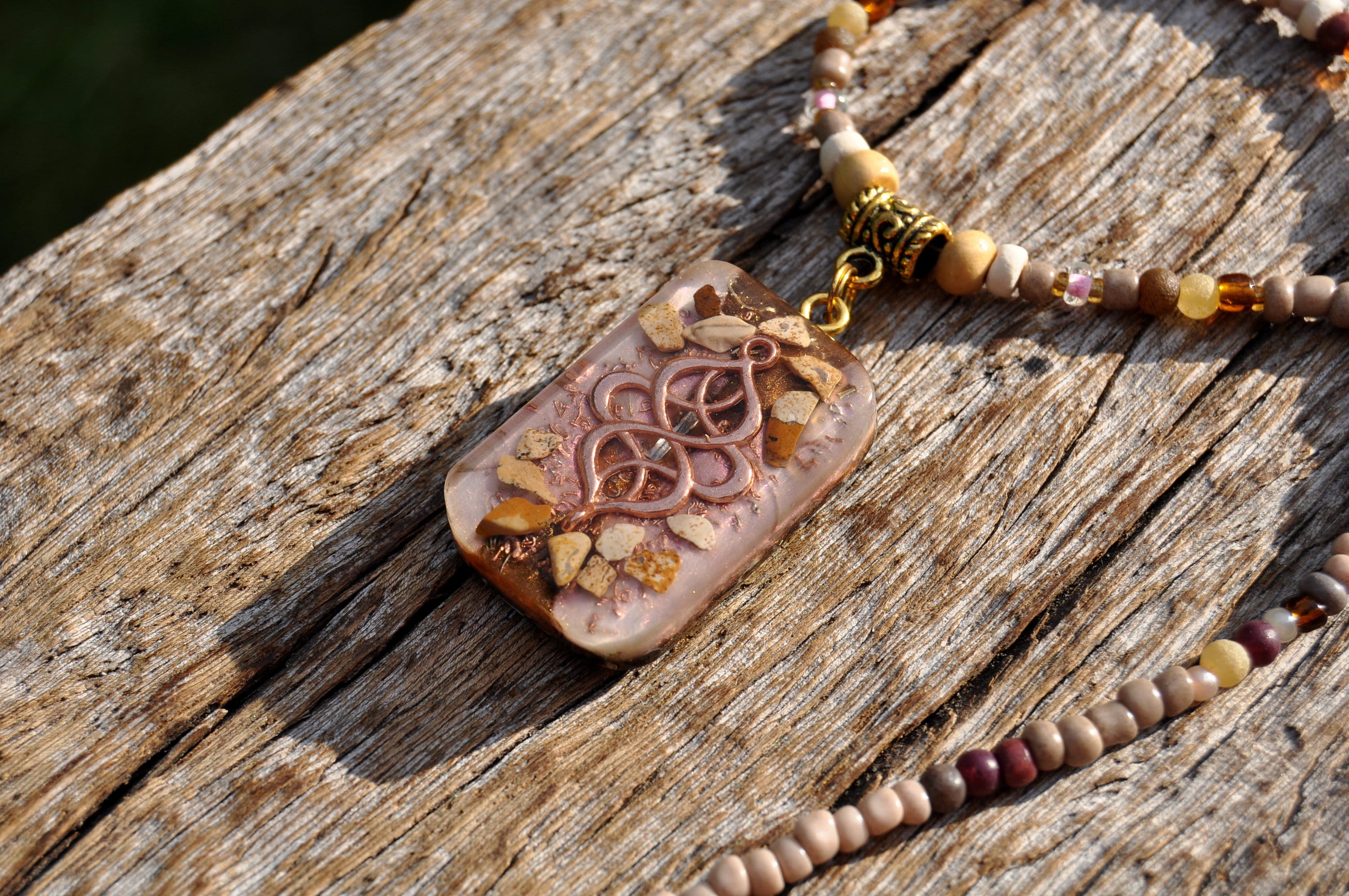 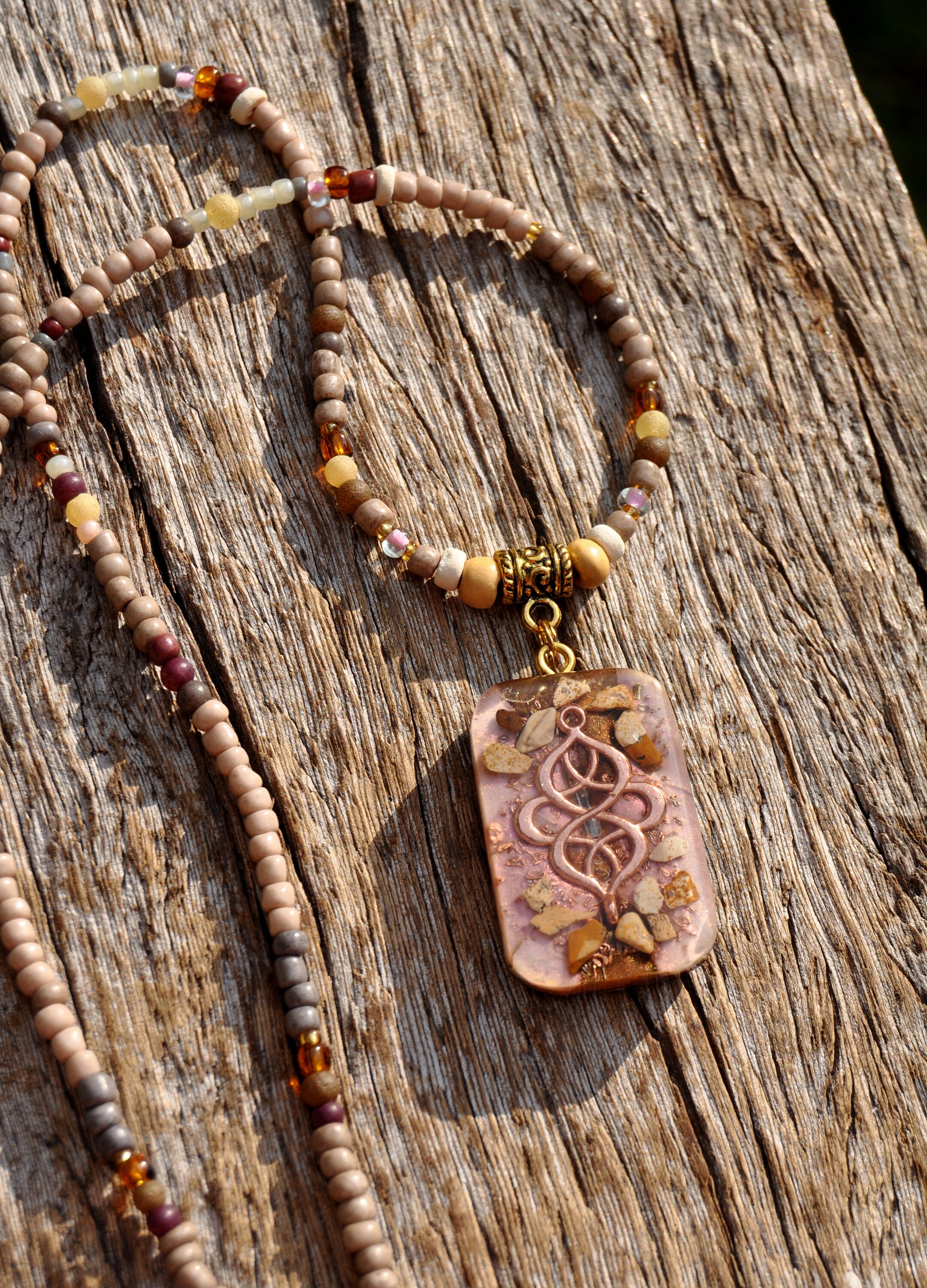 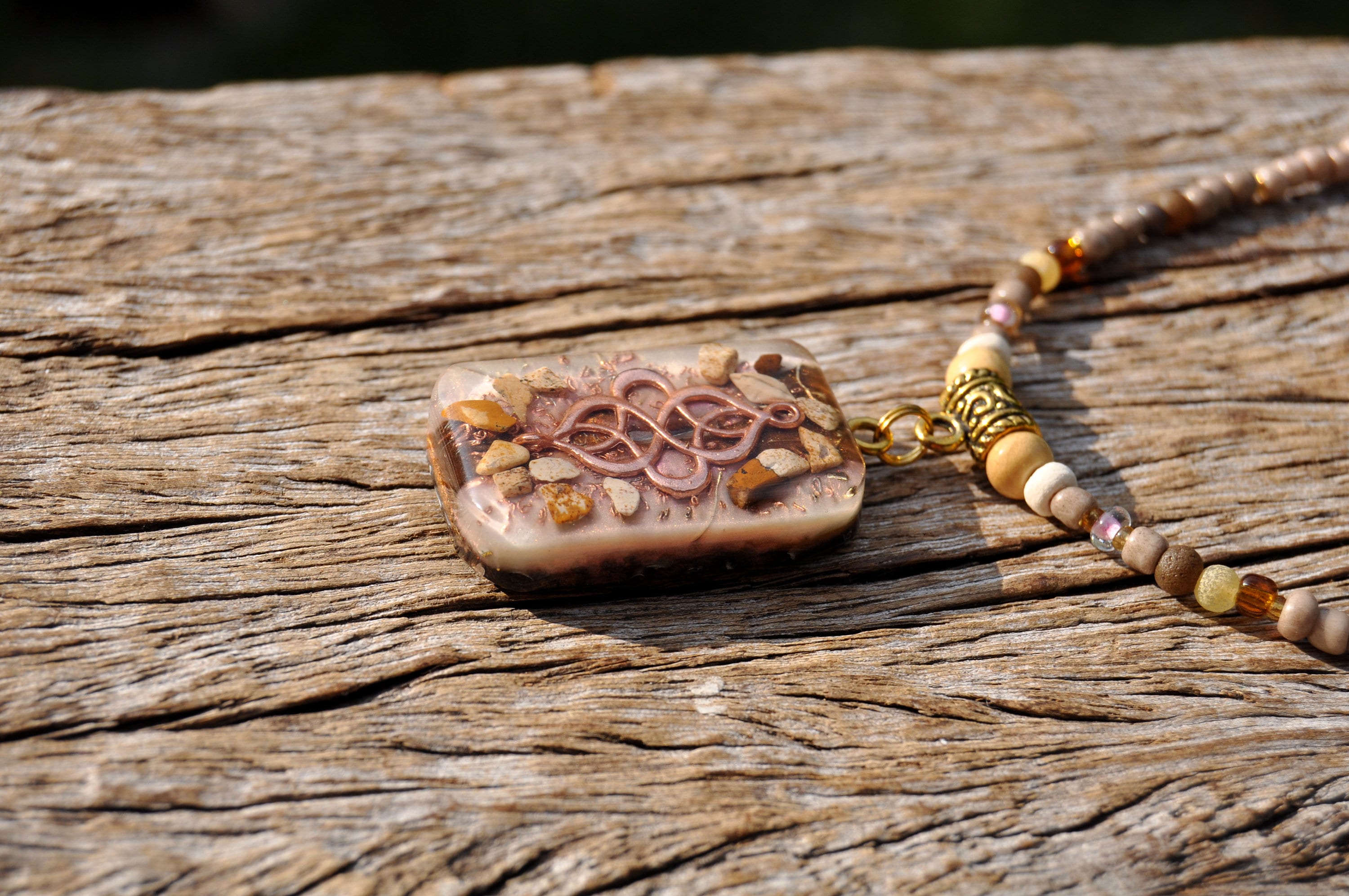 In the video is the pendant shown. The beaded necklace was added on later. So you wil get the pendant on the beaded necklace.
This unique Orgonite® pendant contains brass, bronze, aluminium, copper shavings and comes on a beaded 60 cm / 24 inches necklace with lobster clasp closing.
The main stone is Picture Jasper which you can see in the front. It furthermore contains black Tourmaline (protects and grounds excess energy), ,Pyrite (to enhance and protect), black Tourmaline (protection and grounding), Elite Shungite (EMF protection), Rhodizite (to amplify), Selenite (to clear and charge the other stones) and clear quartz (for piezo electric effect) all within a durable resin setting.