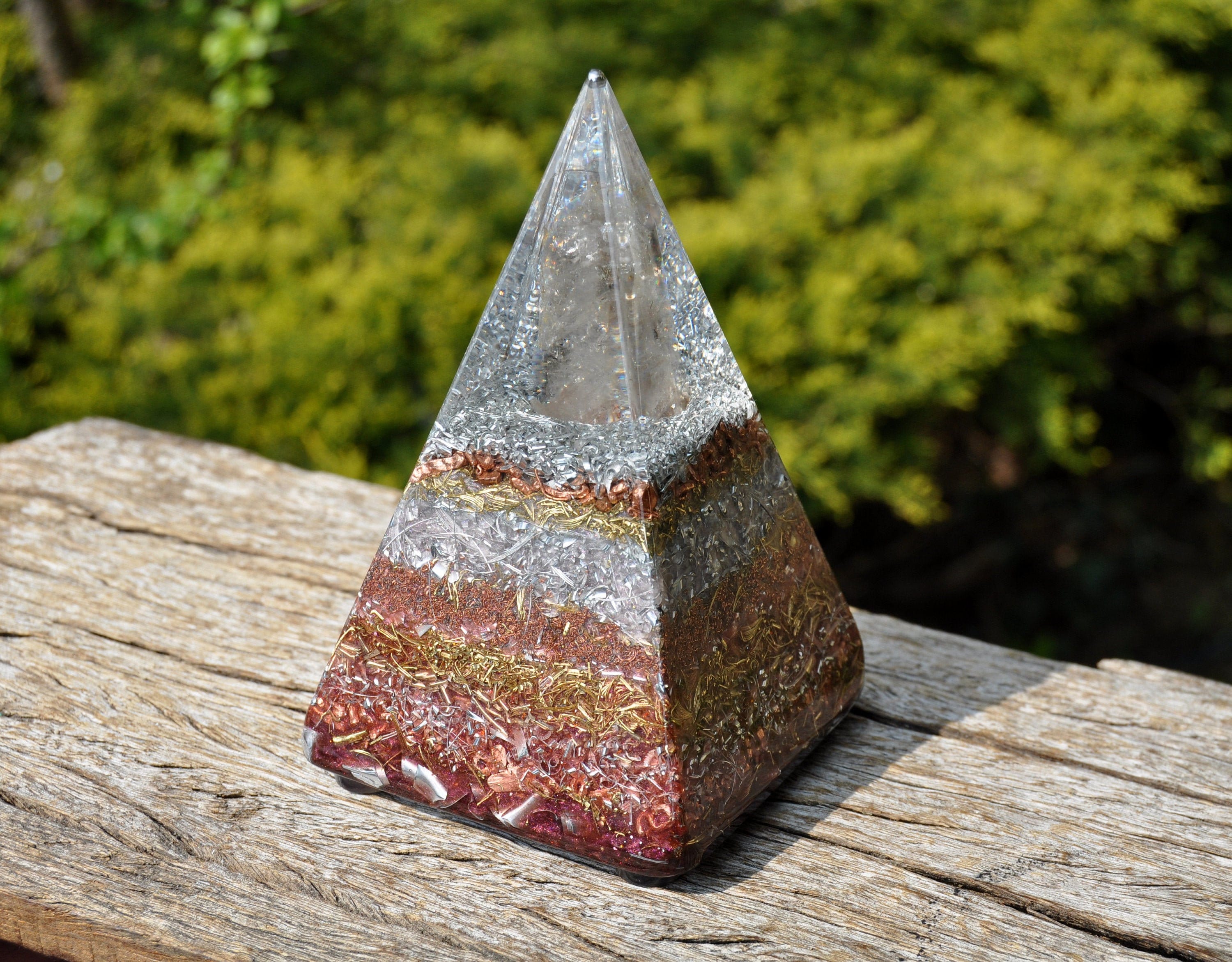 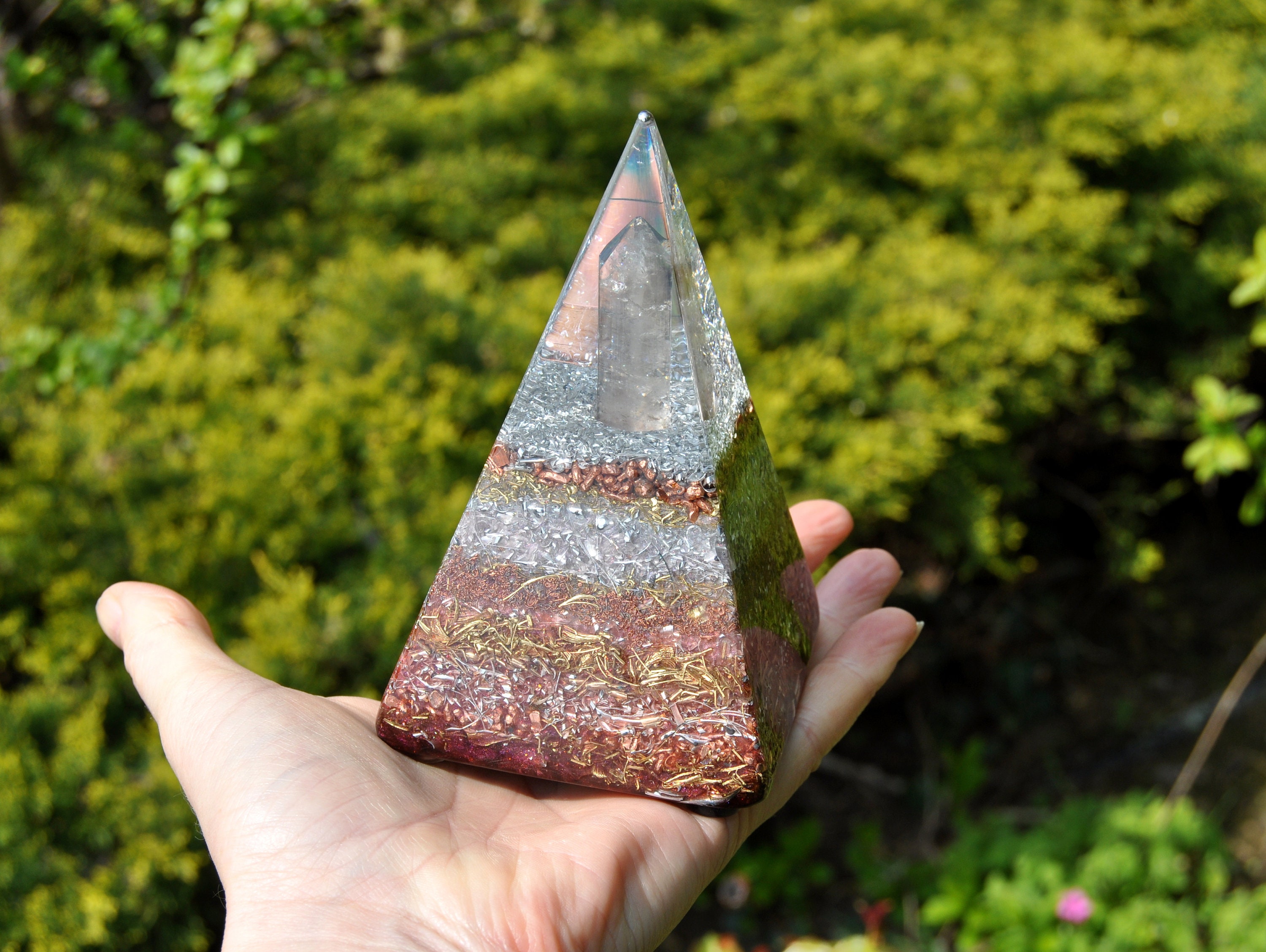 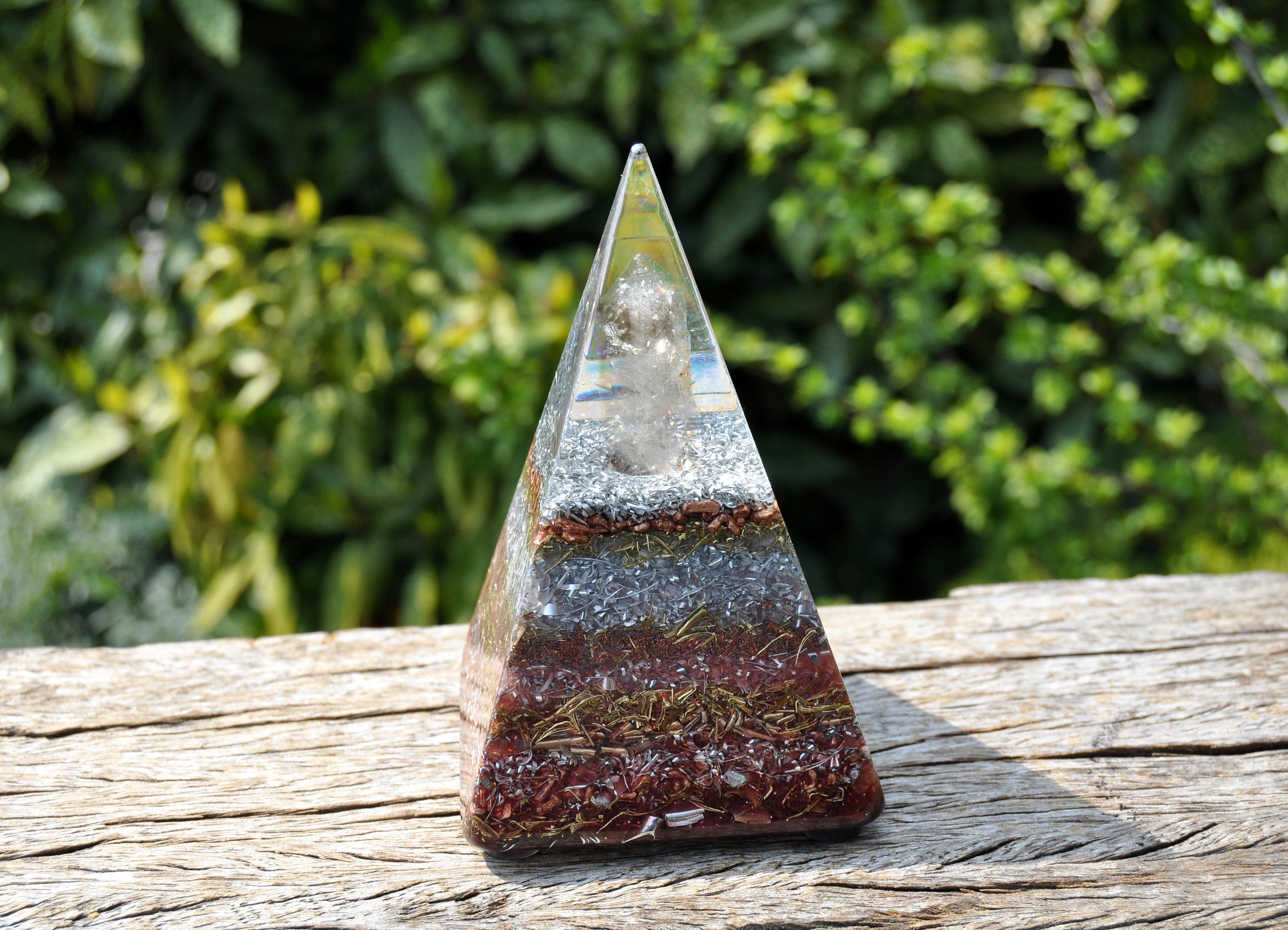 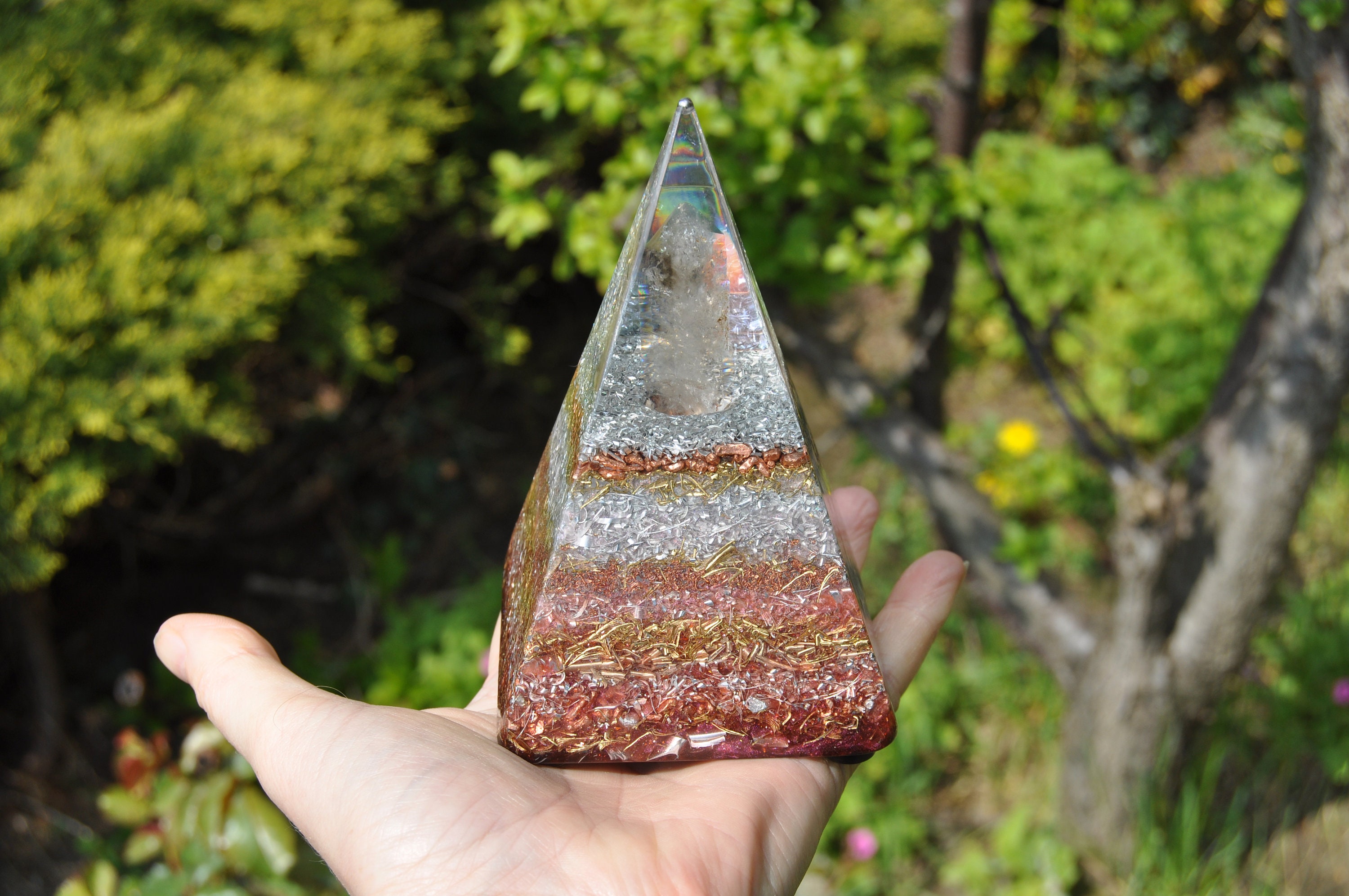 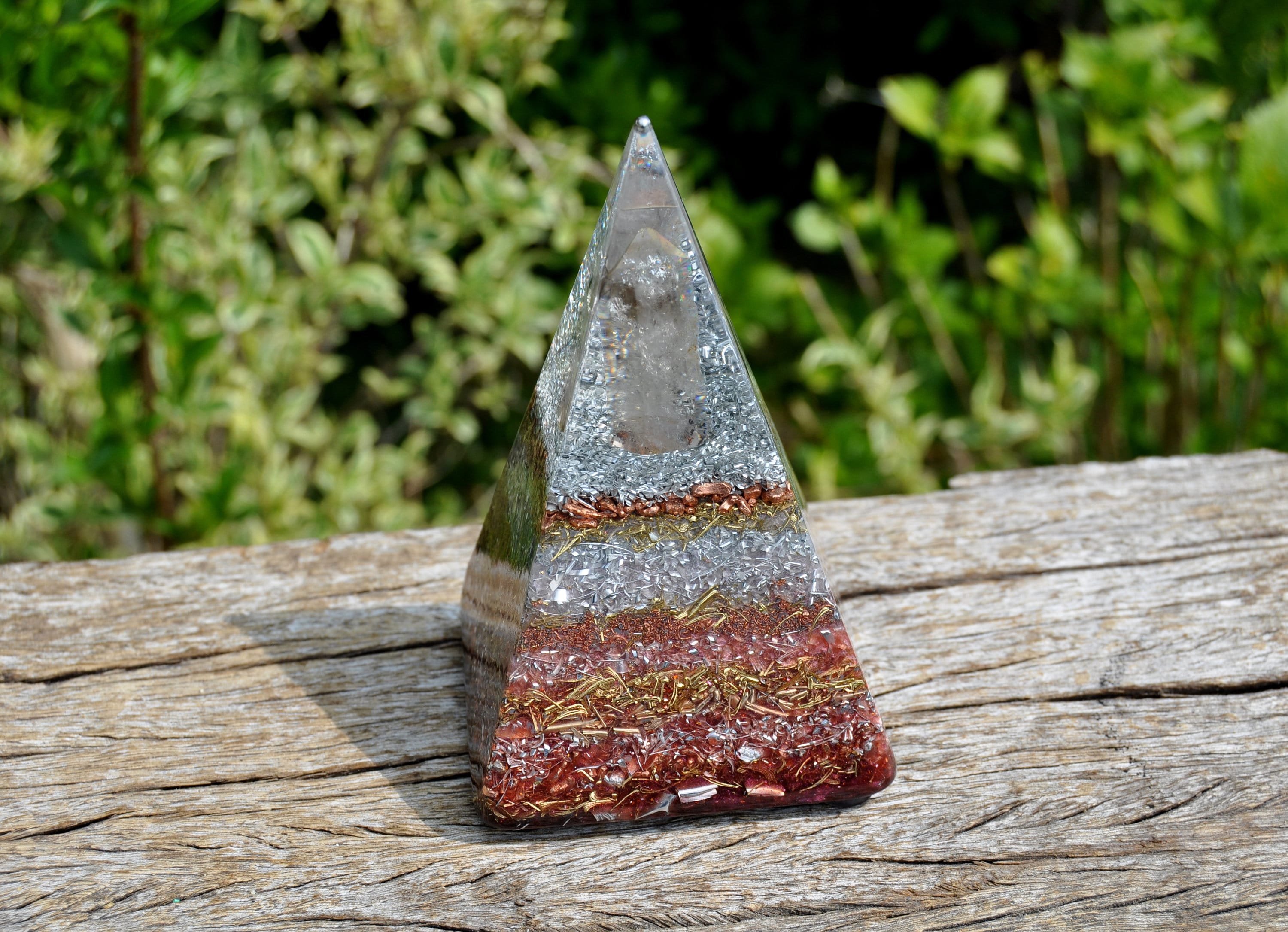 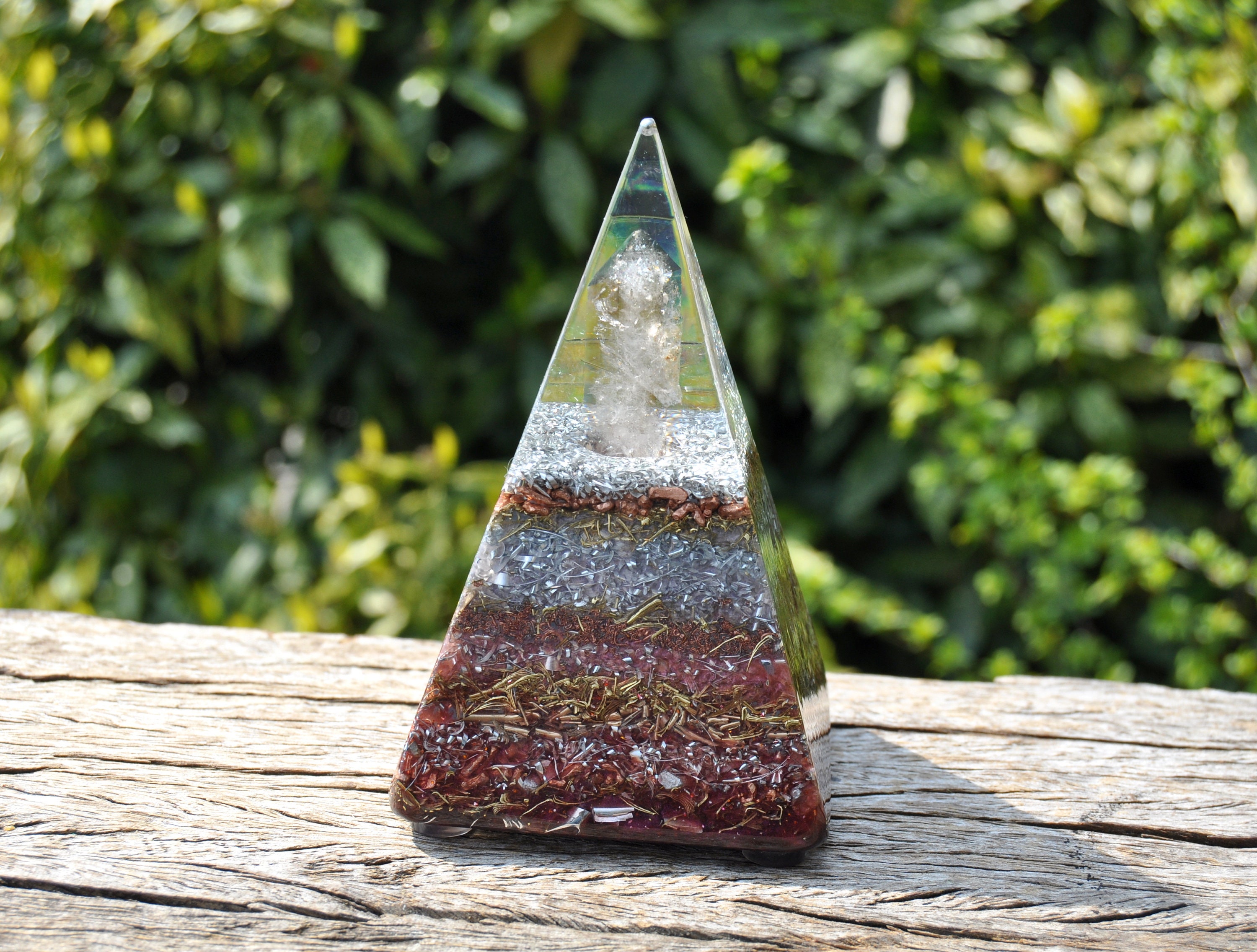 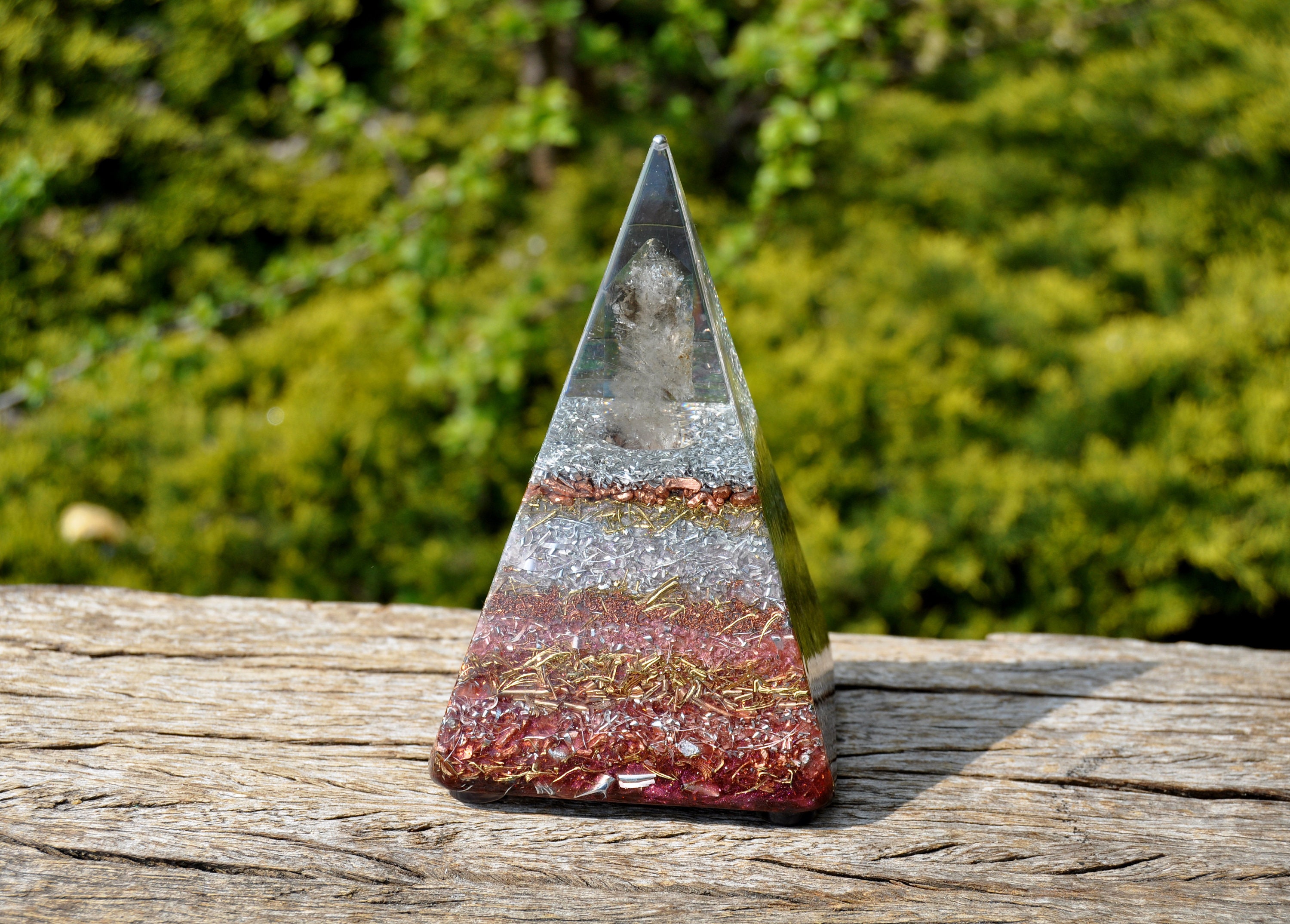 This is a unique Orgonite® pyramid. It has one clear natural terminated clear quartz crystal in the top middle and a stainless steel bal directly in the top which makes the energy come out wide instead of a beam going straight out.

It is made out of durable non toxic resin (so not epoxy resin which doesnt shrink) to ensure optimal shrinkage and pressure on the quartz to create the most piezo electric effect.