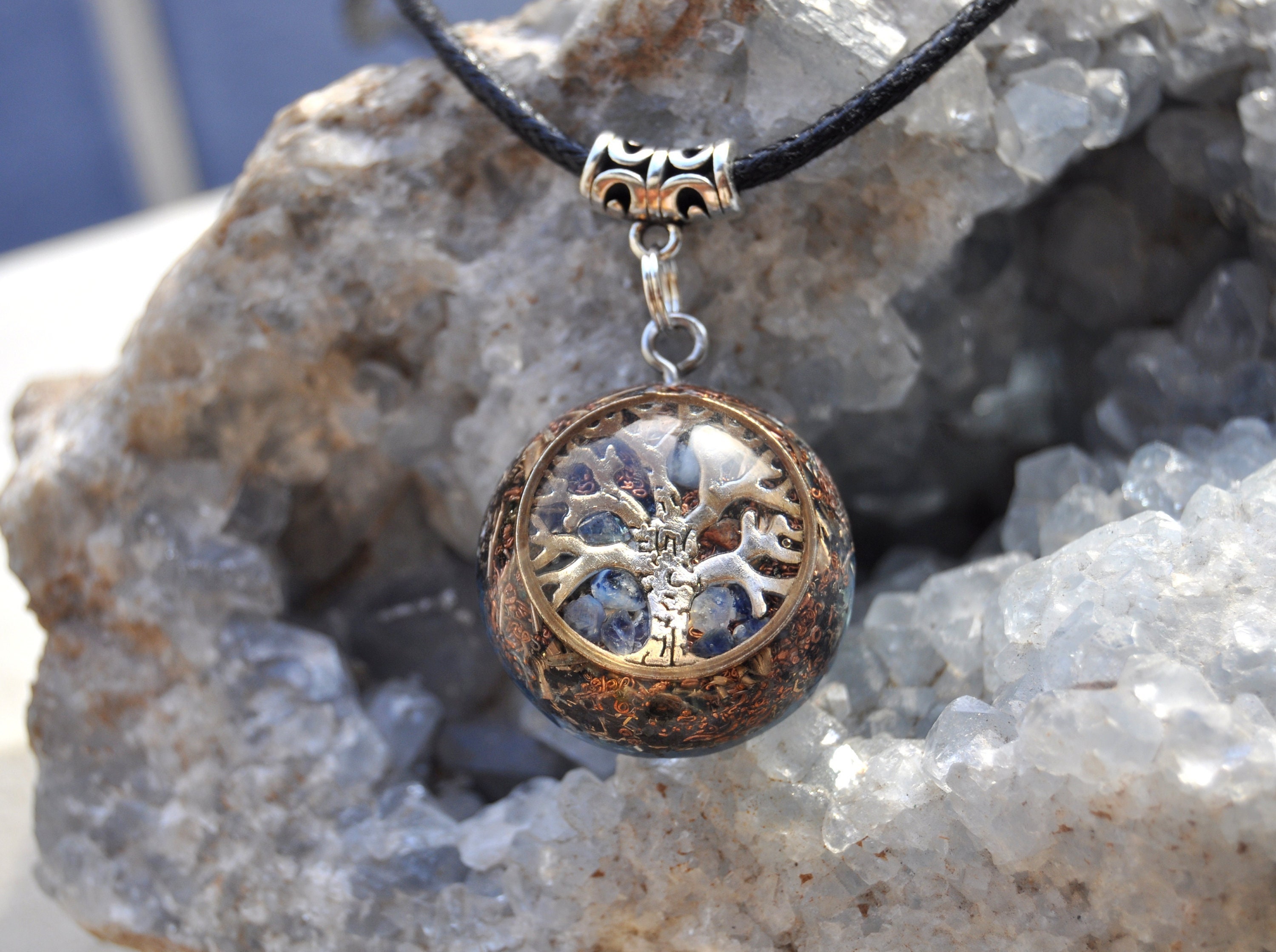 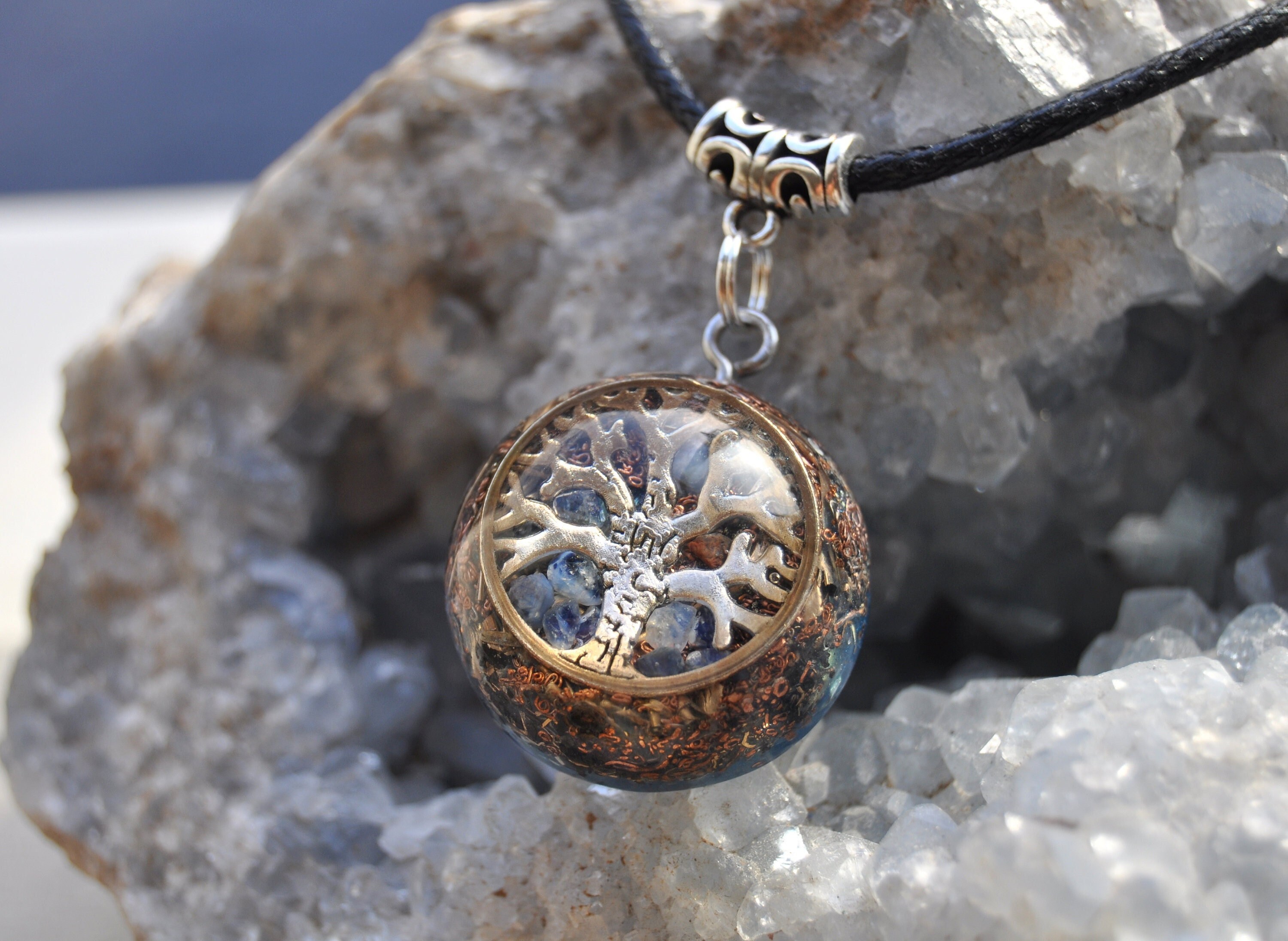 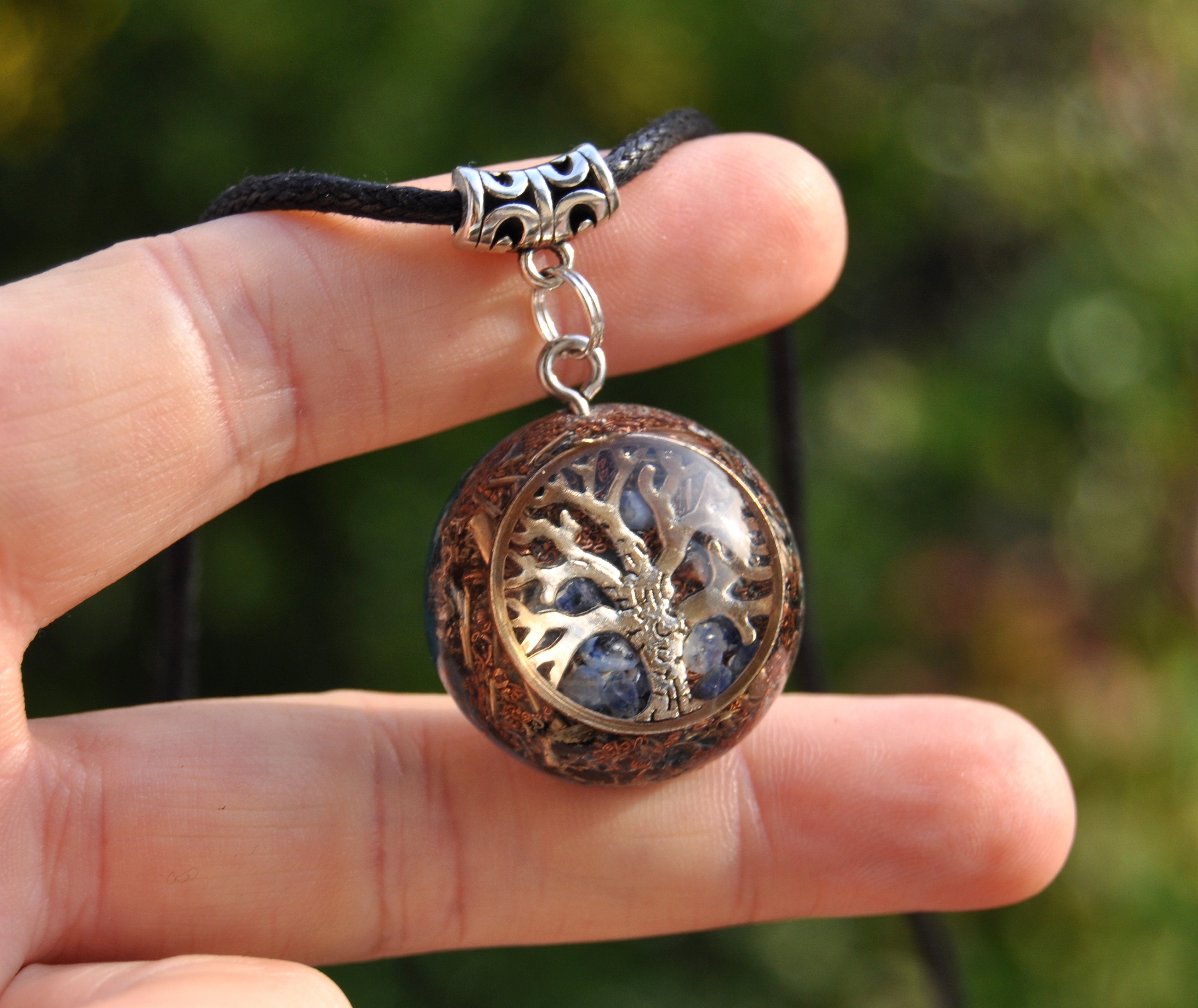 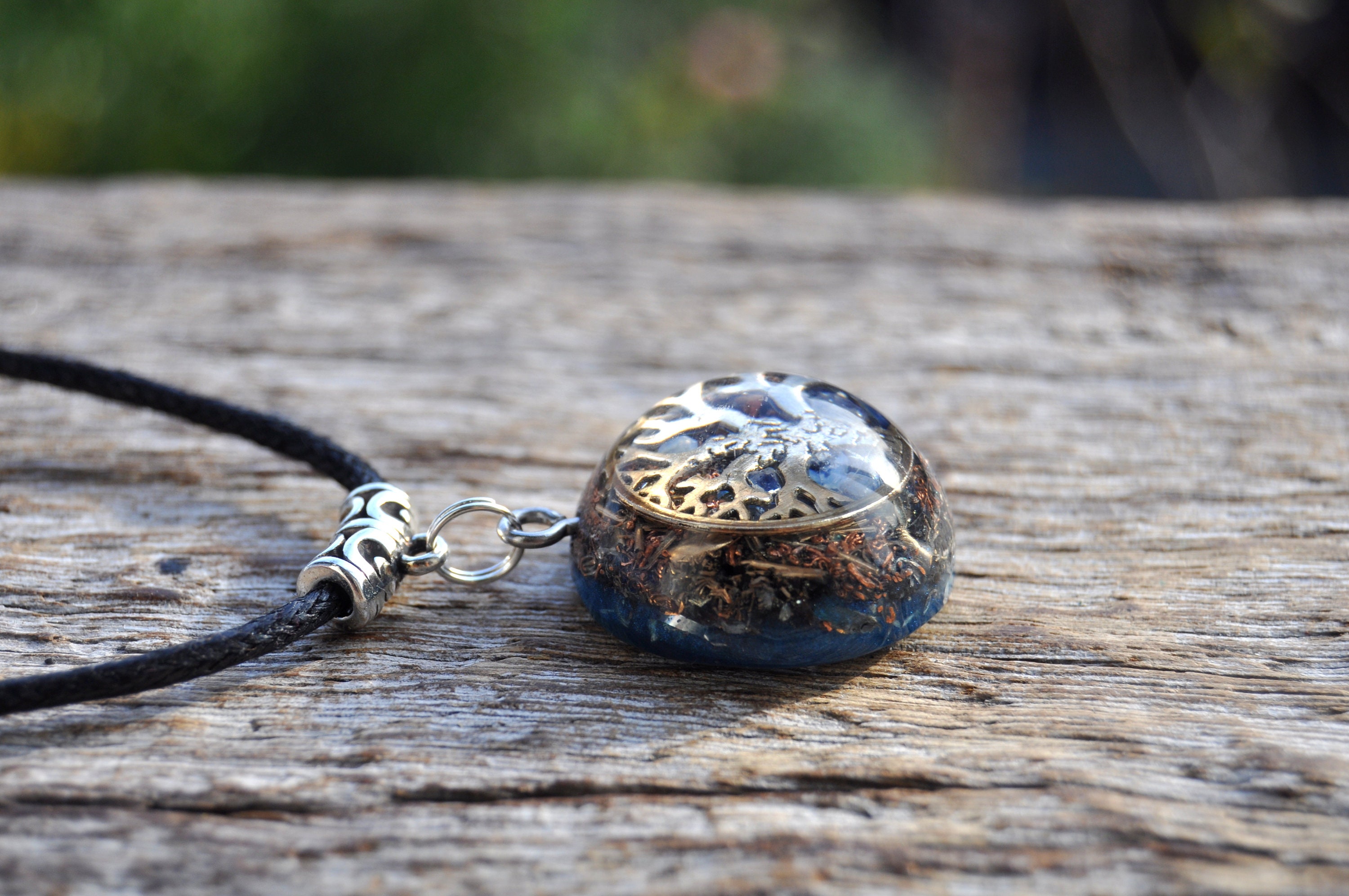 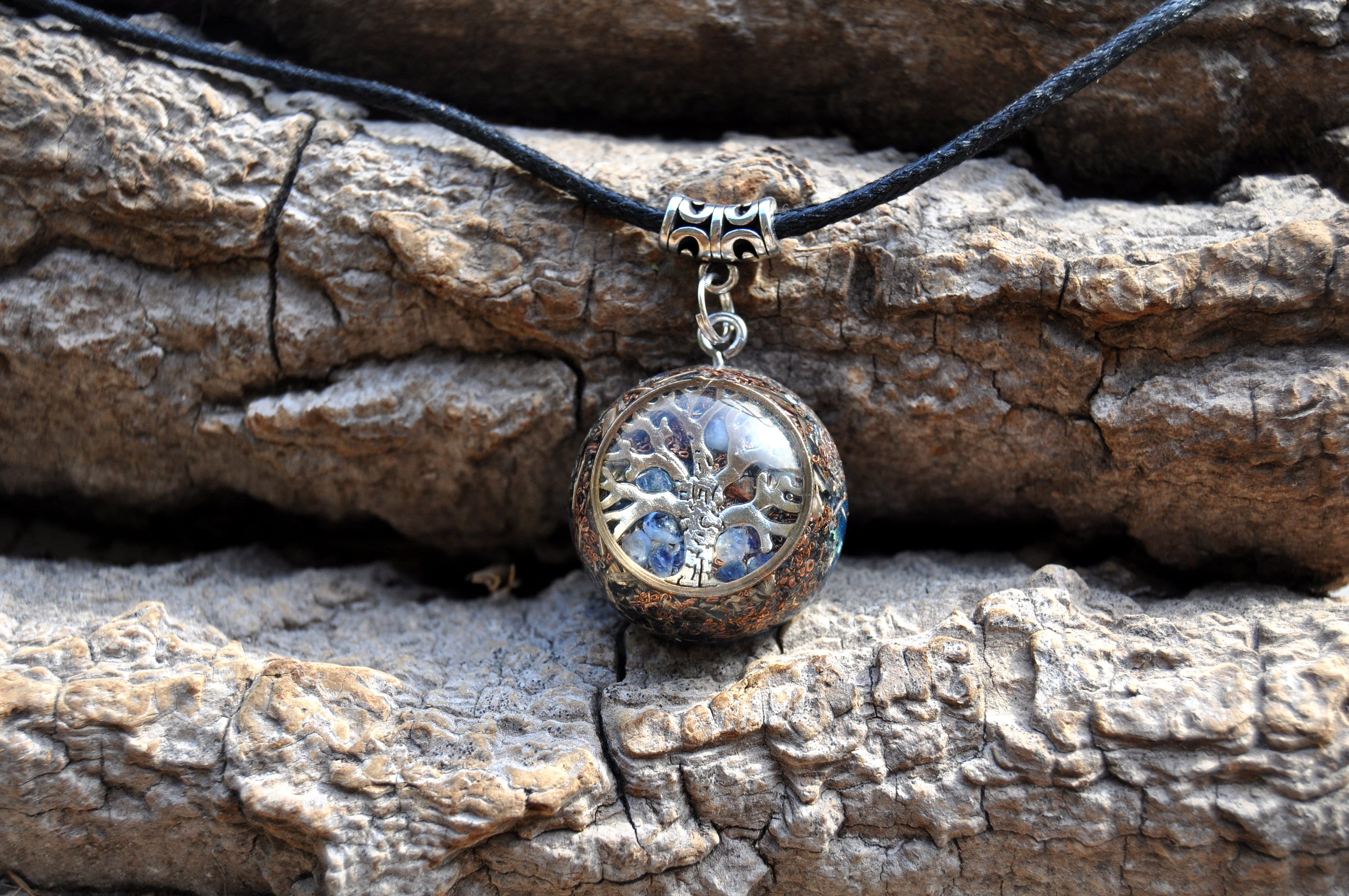 This lovely 2.7 cm / 1.1" in diameter orgone pendant contains brass, aluminum and copper shavings. The main stone is a raw blue Sapphire stones in the front. It furthermore contains Pyrite (to enhance), Rhodizite (to amplify), black Tourmaline (to ground and protect), Elite Shungite (emf protection), Selenite (to charge and clean) and clear Quartz (for piezo electric effect) all within a durable organic based resin setting for optimal shrinkage/pressure on the quartz.

Sapphire is the second hardest crystal that Mother Earth has given us. Second only to the Diamond.

Sapphire is exceptional for calming and focusing the mind, allowing the release of mental tension and unwanted thoughts. It encourages opening the mind to beauty and intuition, bringing lightness and joy as it restores balance within the body.

Use Blue Sapphire to stay on your spiritual path, and for assistance in matters of self discipline, whether routine daily tasks or actions requiring extreme focus. It helps during times of change to maintain clear vision of where it is you want to go and how to get there.

Blue Sapphire will inspire you to express your own truth to others, and this will bring your communication and relationship with them to a whole new level. The healing energies of Blue Sapphire are excellent for getting rid of your inferiority complex.You will be more confident to join social situations and to voice out what you think or feel.

It will also give you support in going after a childhood dream or making your life ambitions come true.