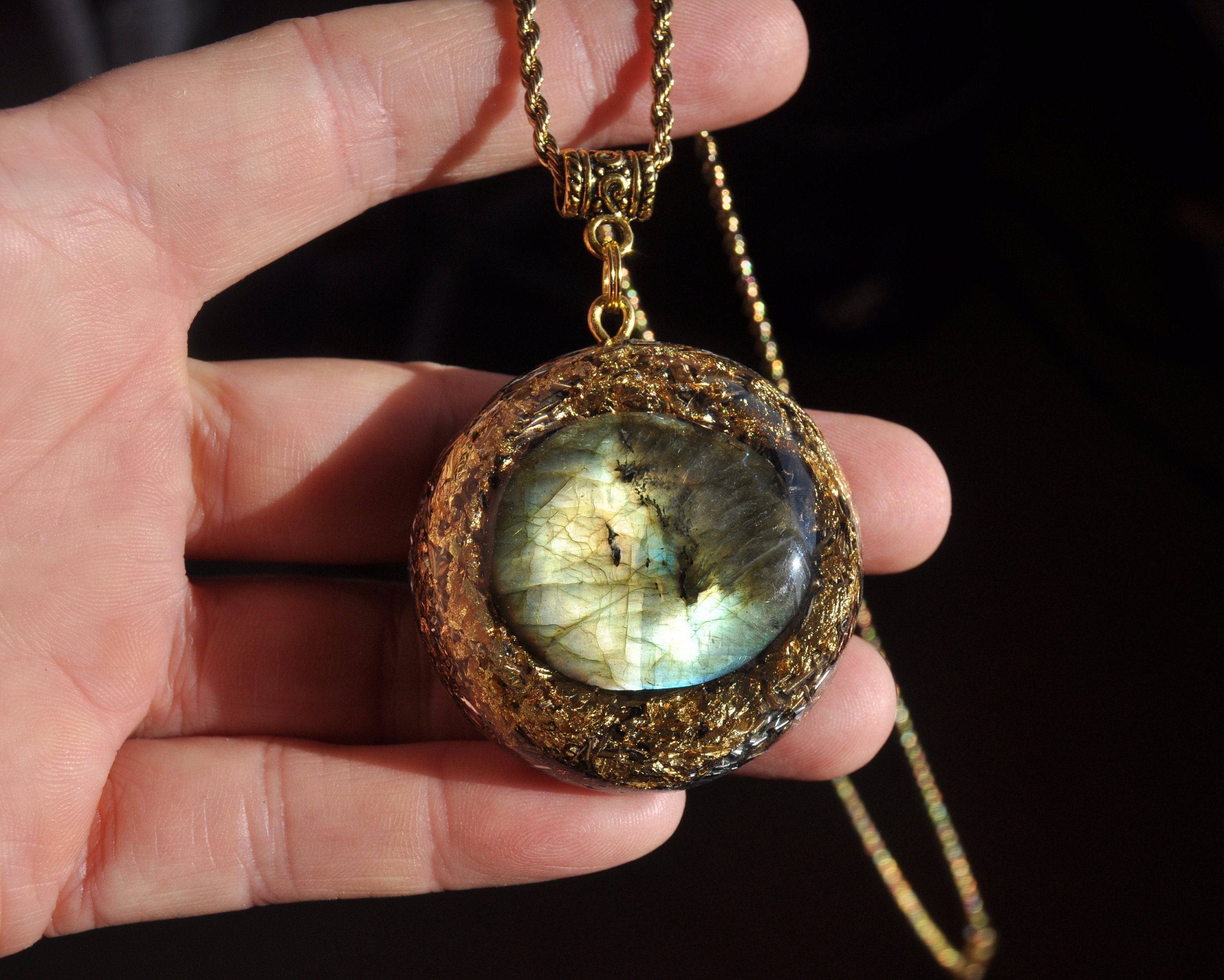 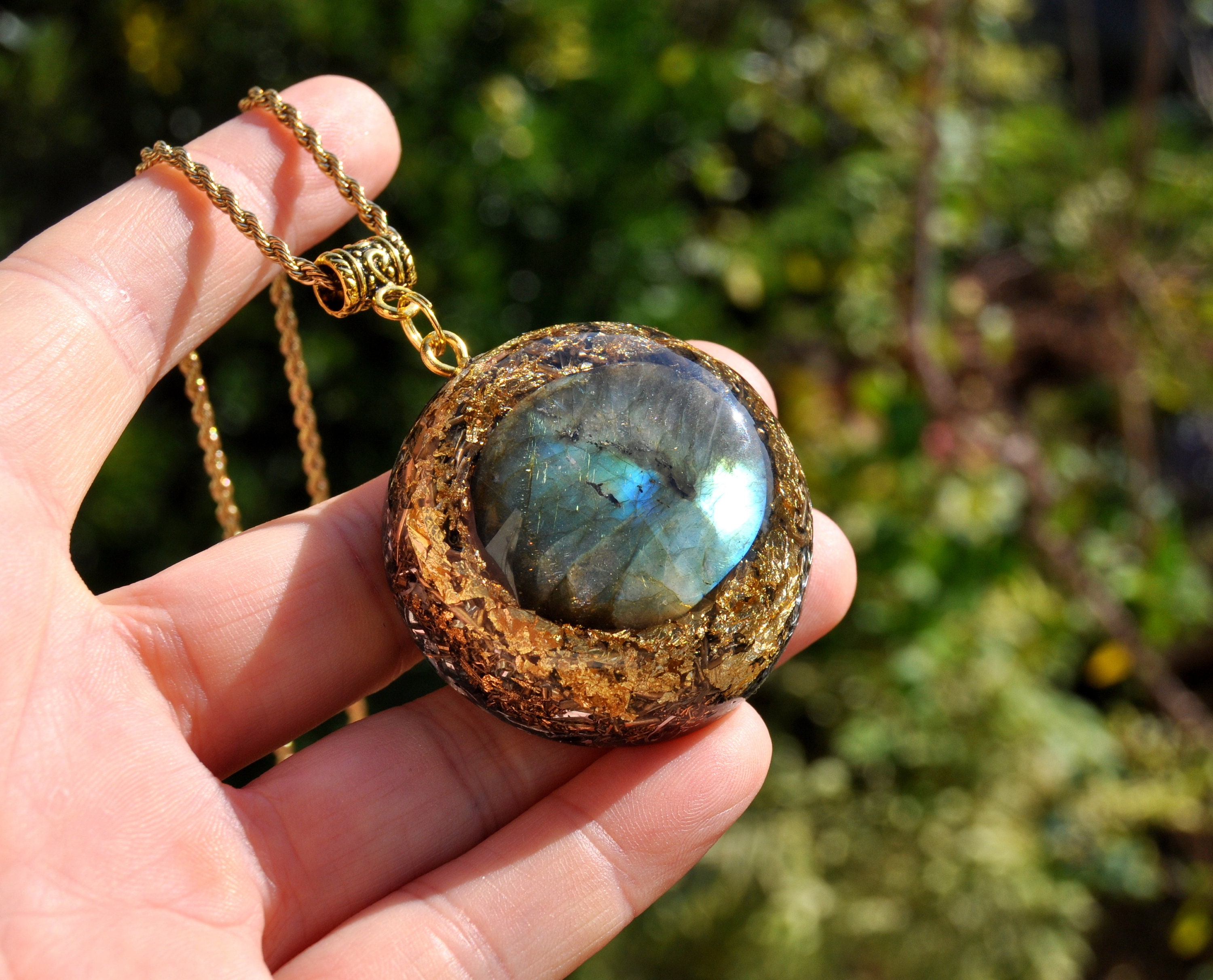 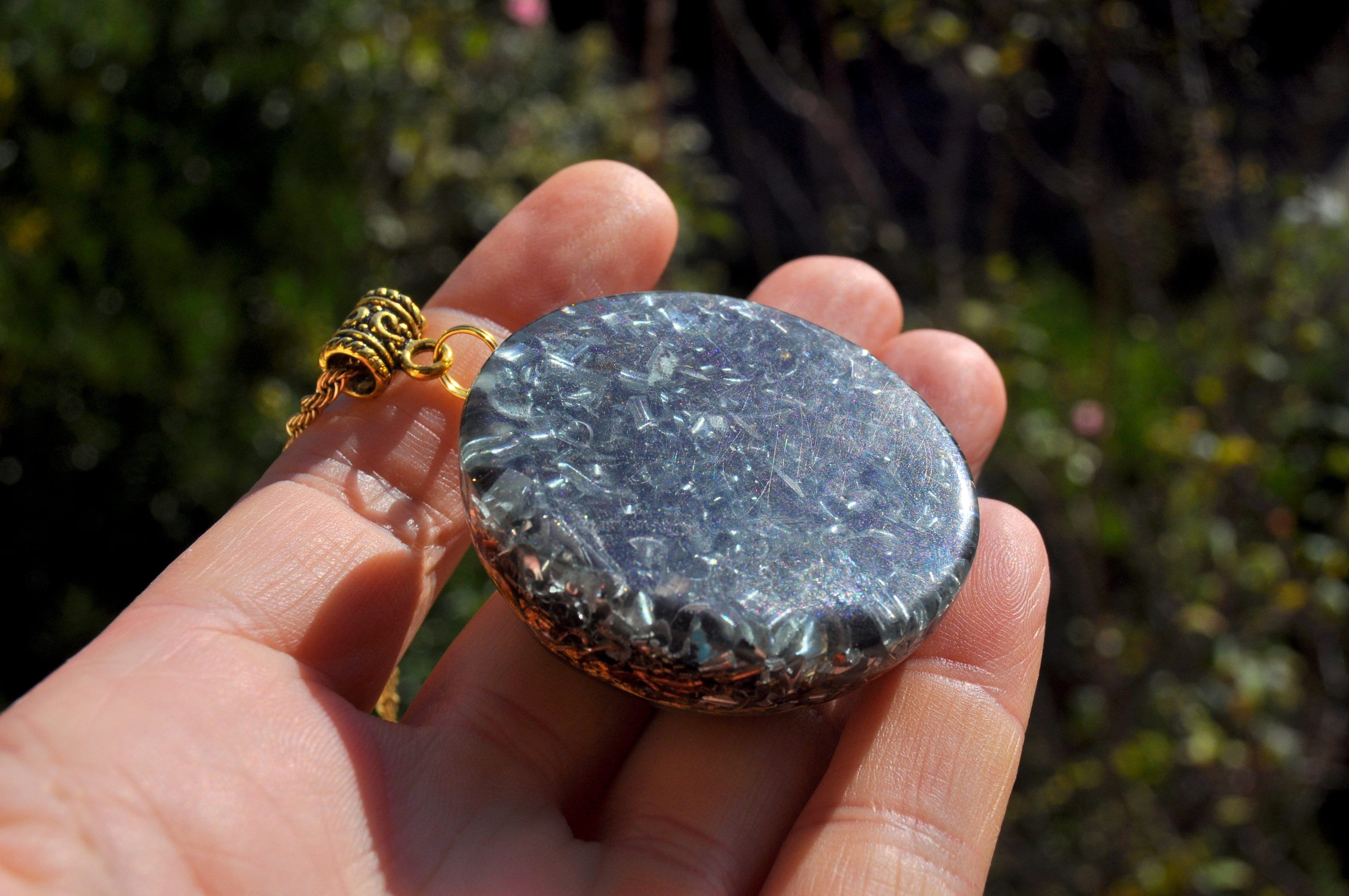 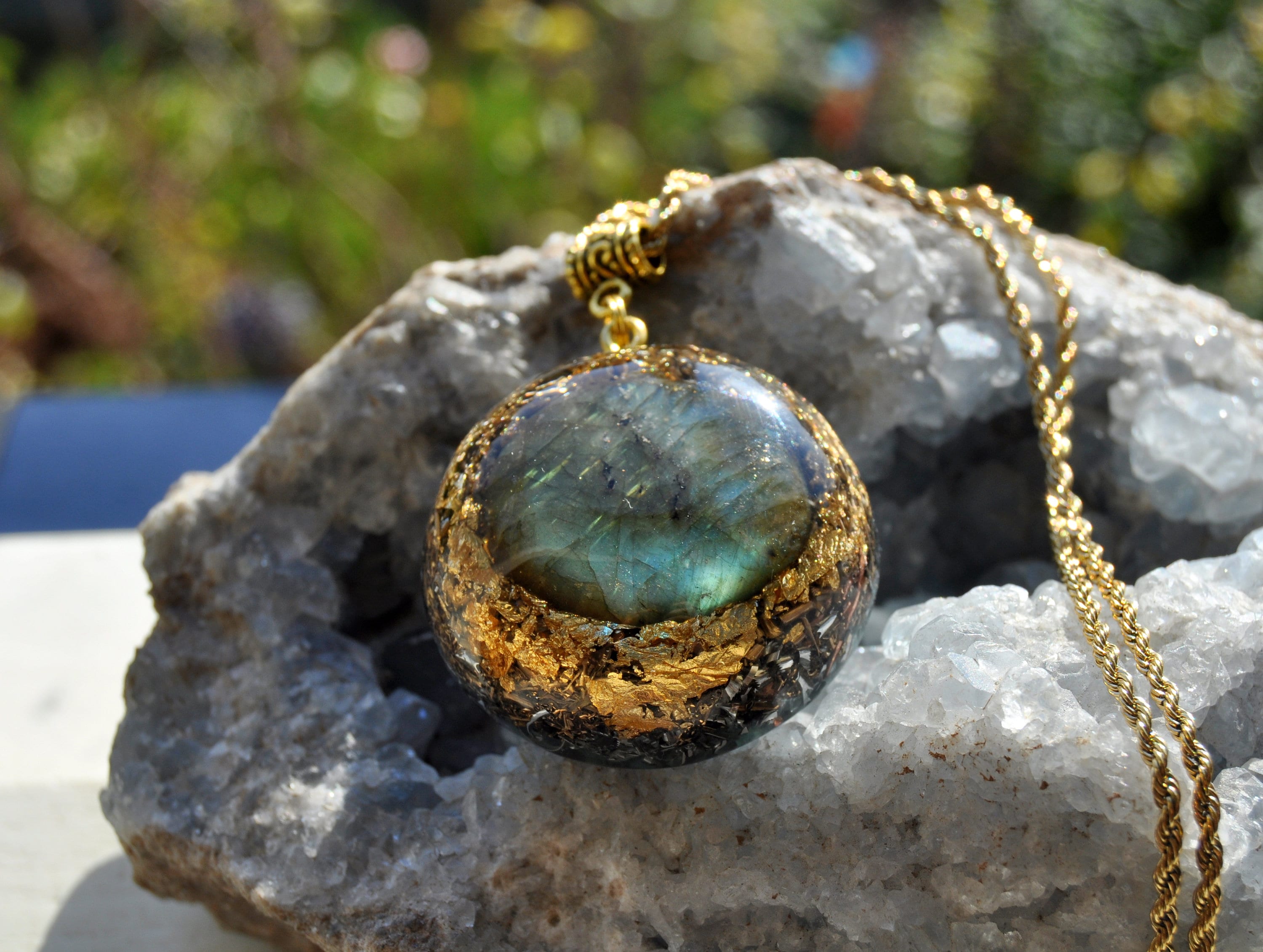 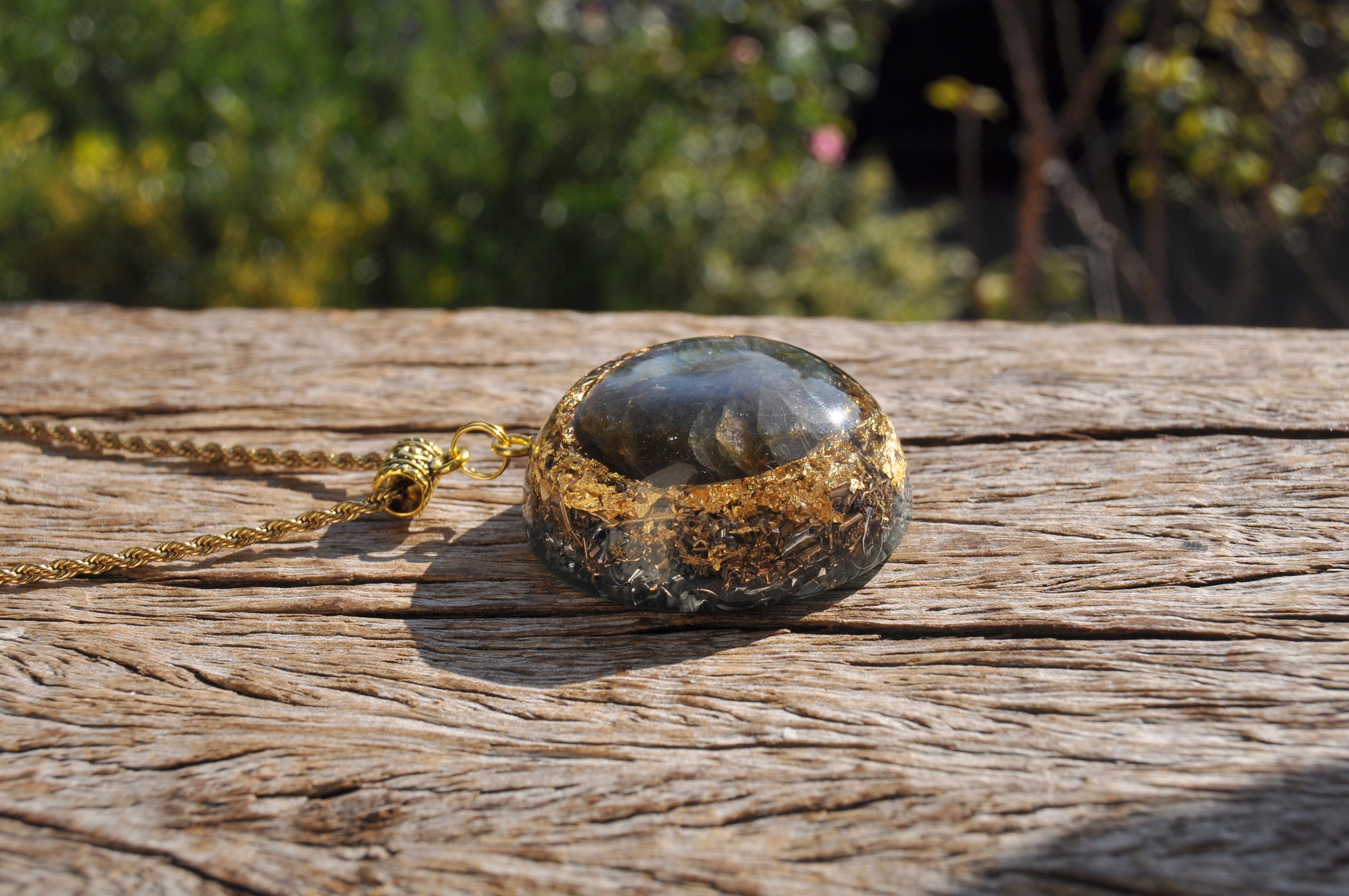 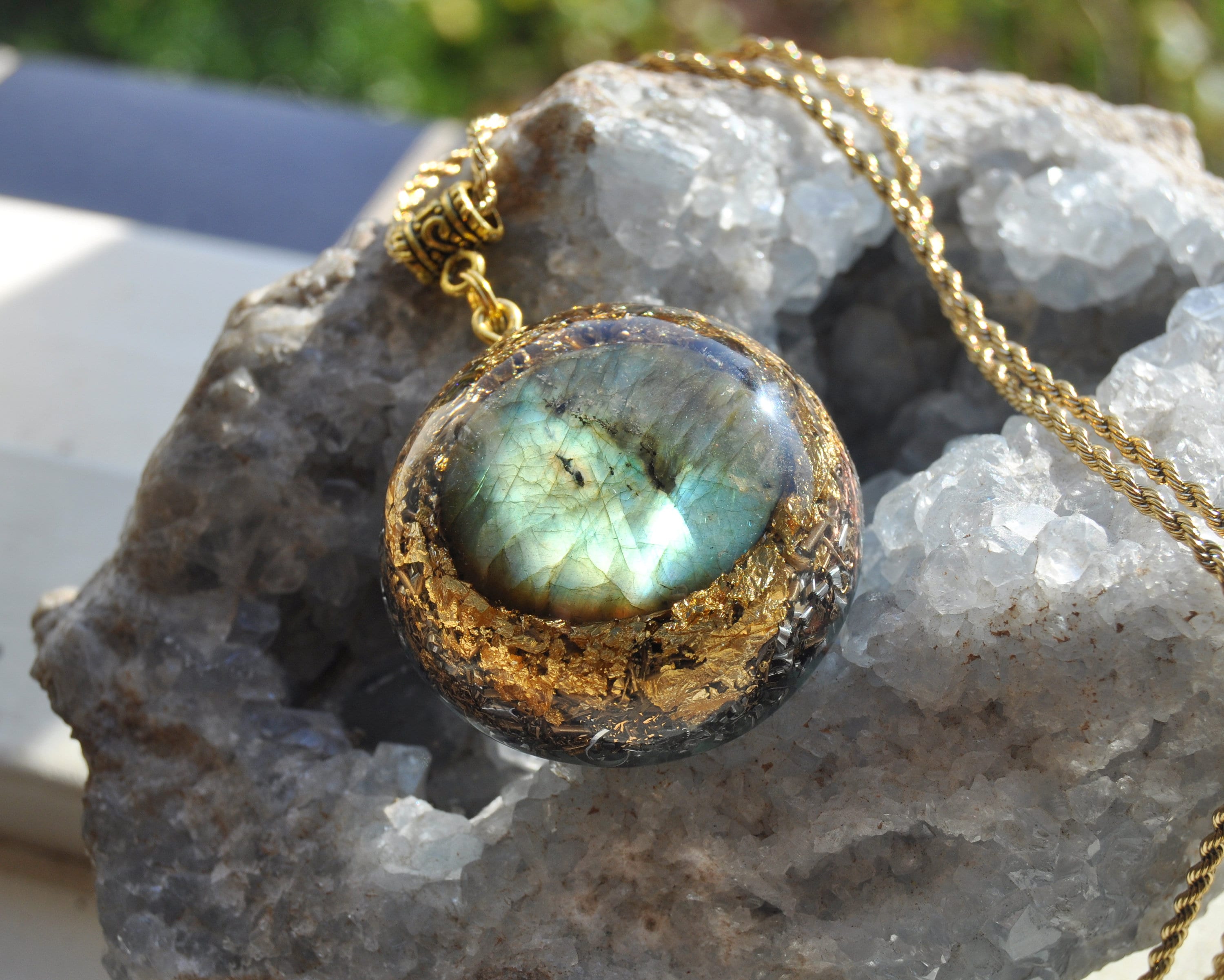 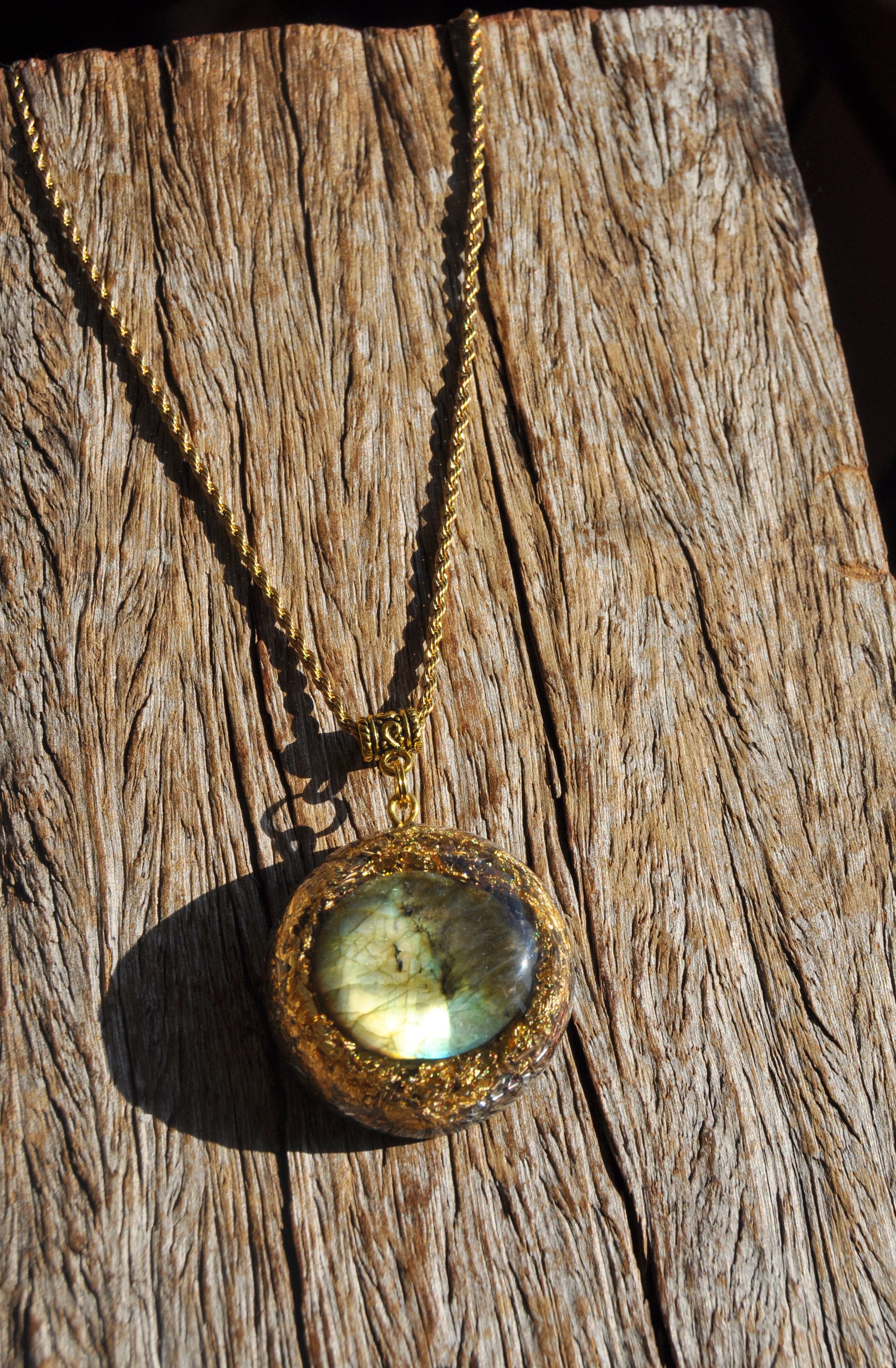 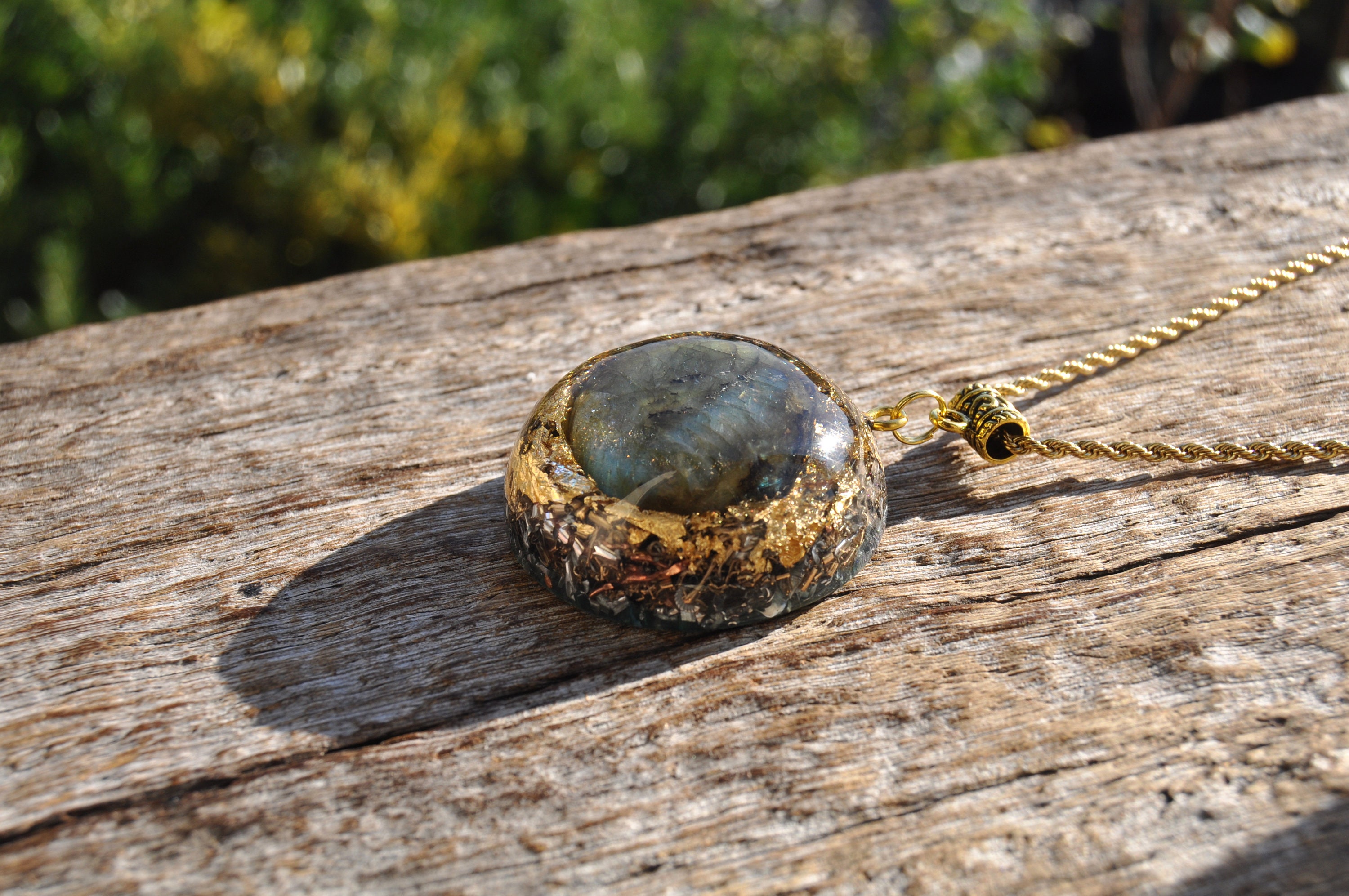 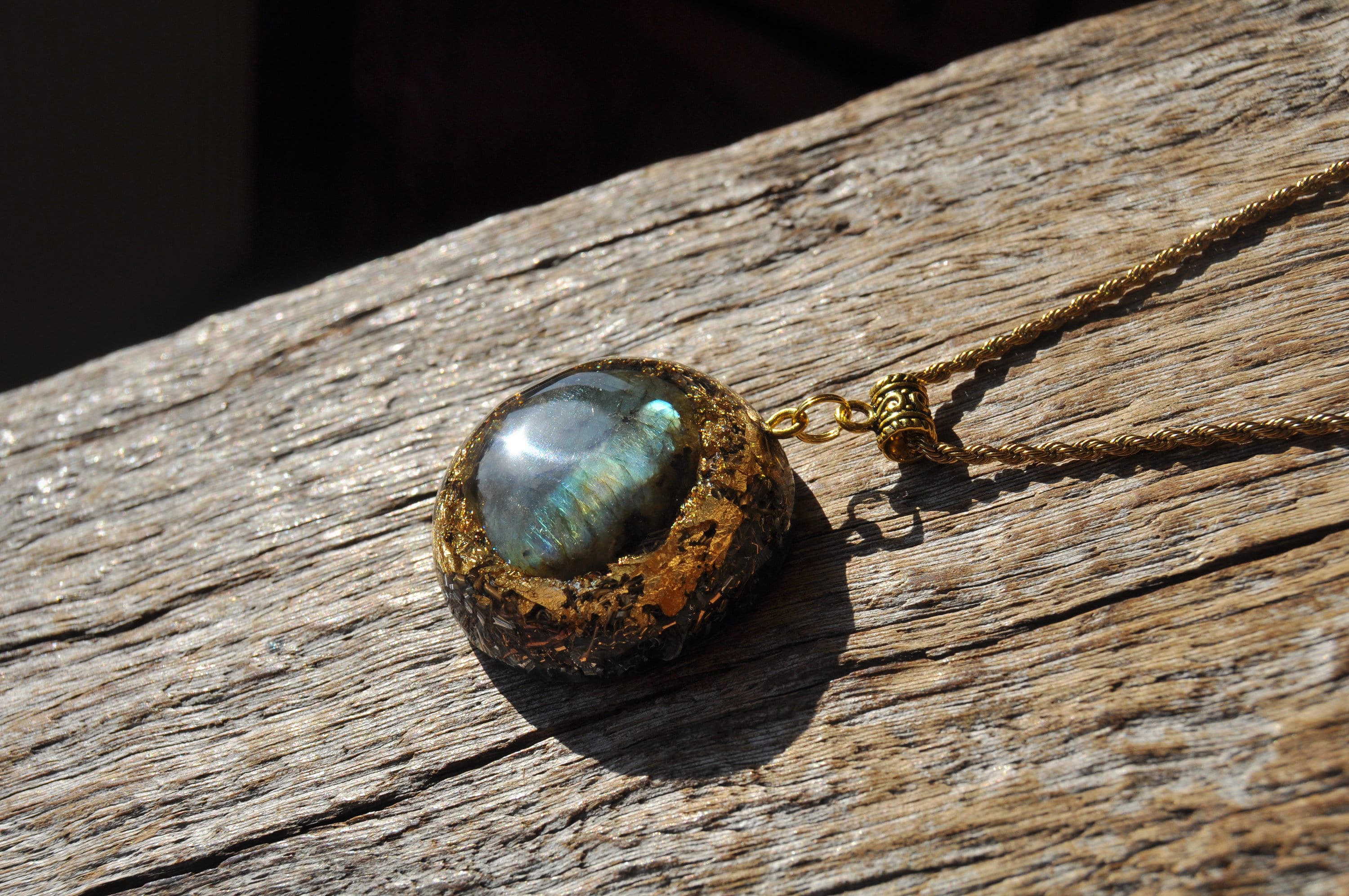 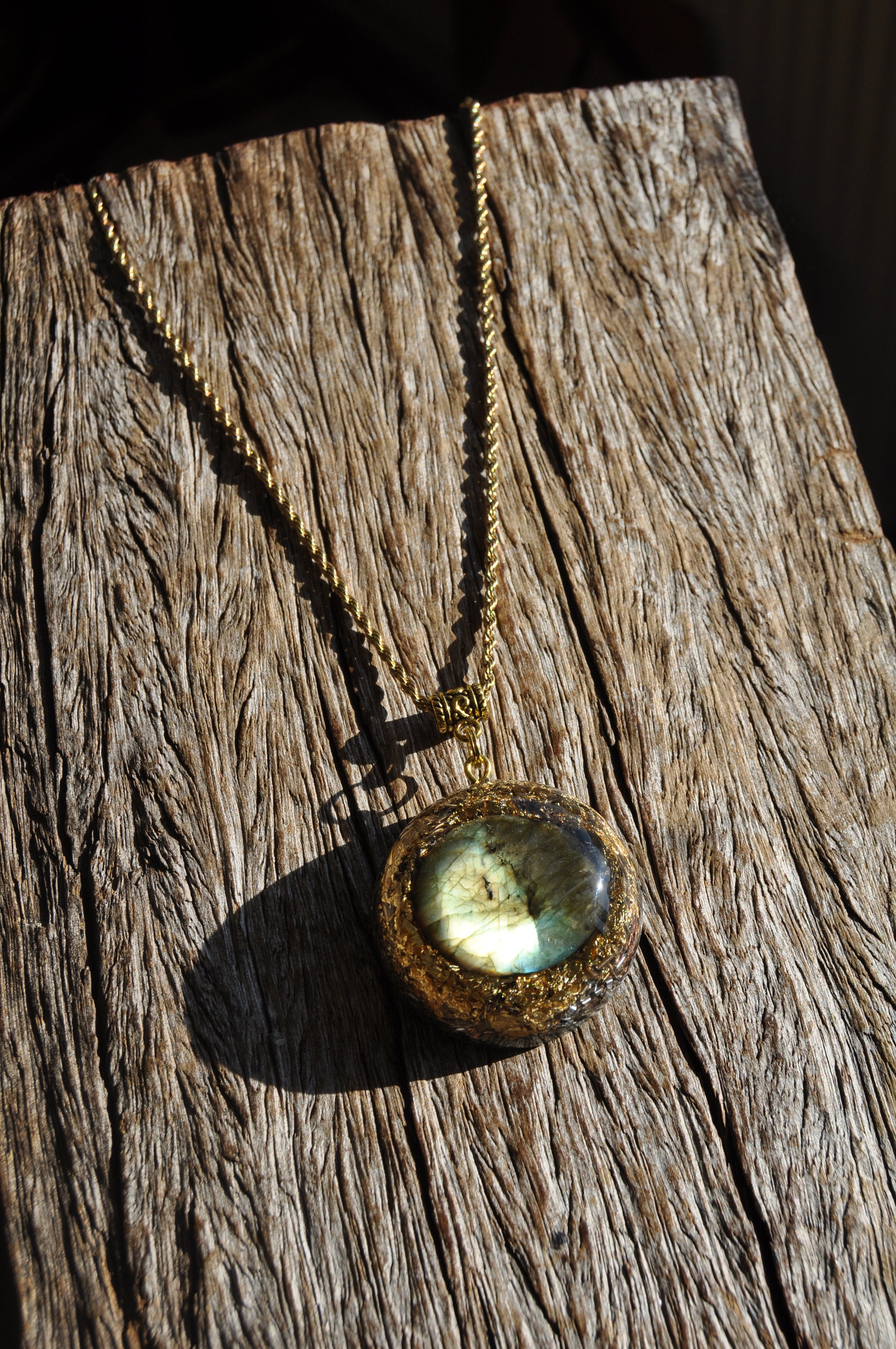 The main stone of this orgonite is a lovely 60 carat Labradorite (in the front) which surrounded with 925 Sterling Silver flakes. It furthermore consists of Rose Quartz (self - love), black Tourmaline (to protect and ground excess energy) , Elite Shungite (EMF protection), Selenite (cleans and charges the other crystals), Pyrite clusters (to enhance and deflect ELF waves), Rhodizite (to amplify the other crystals) and clear quartz (for piezo-electric effect) all within a durable resin setting.