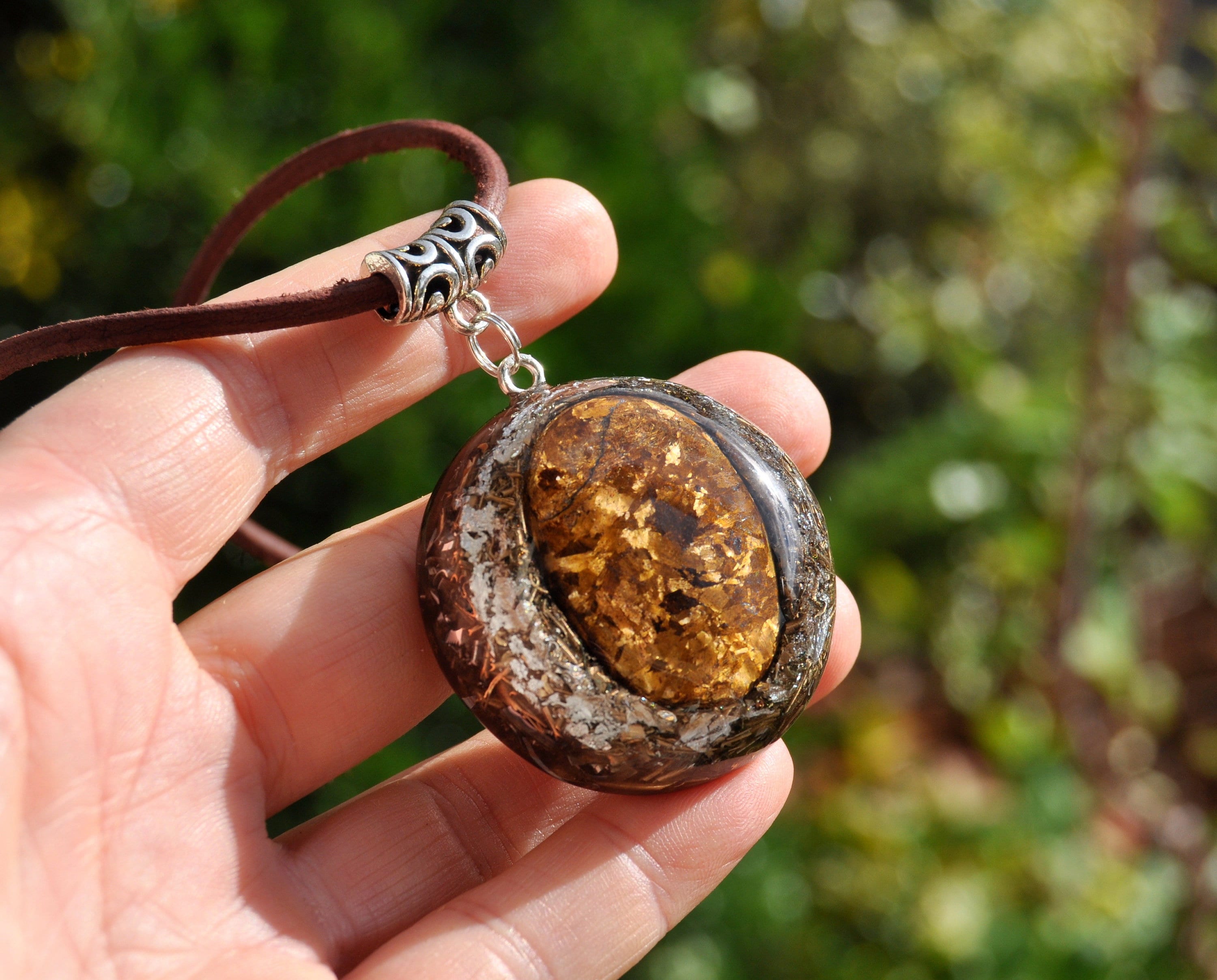 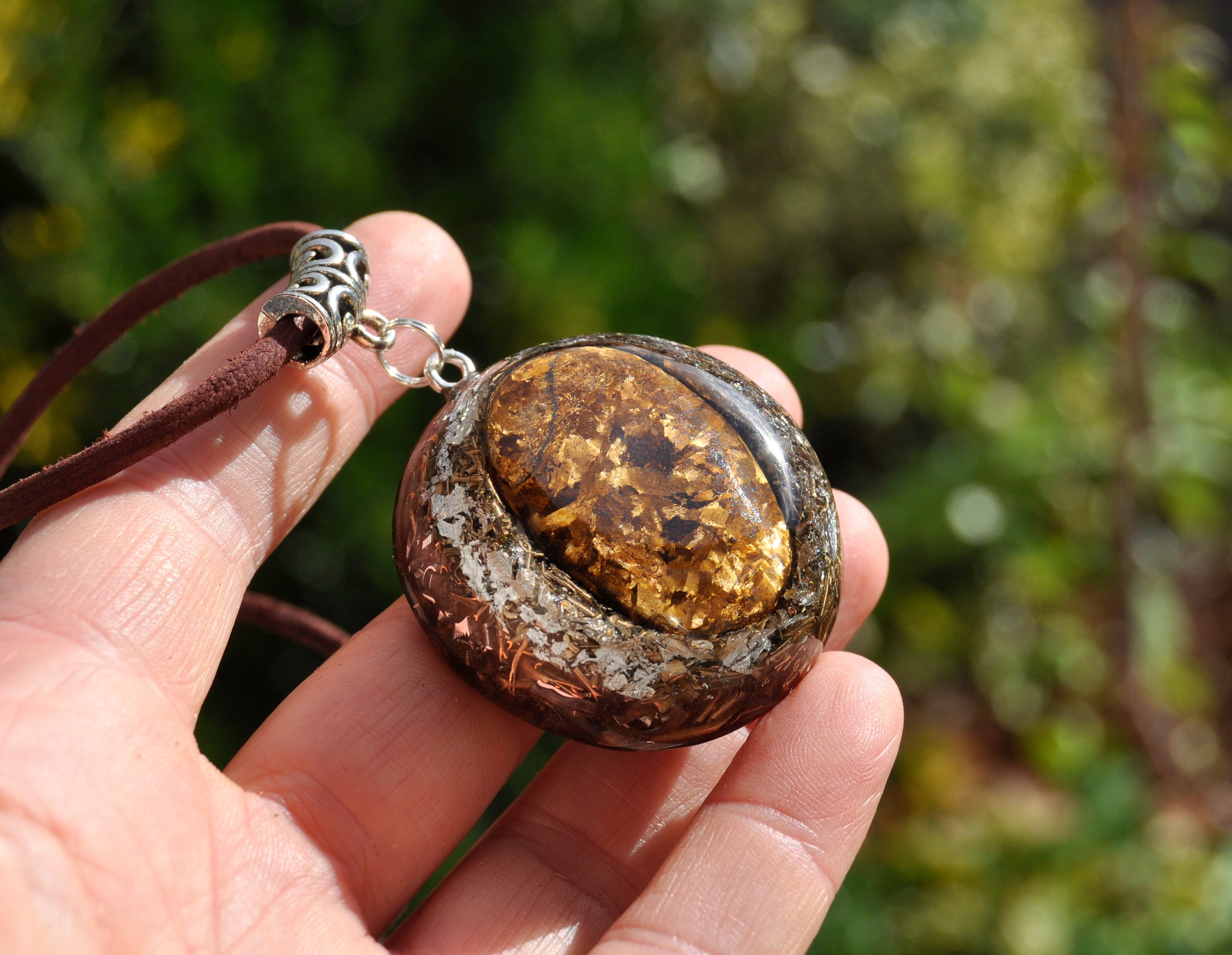 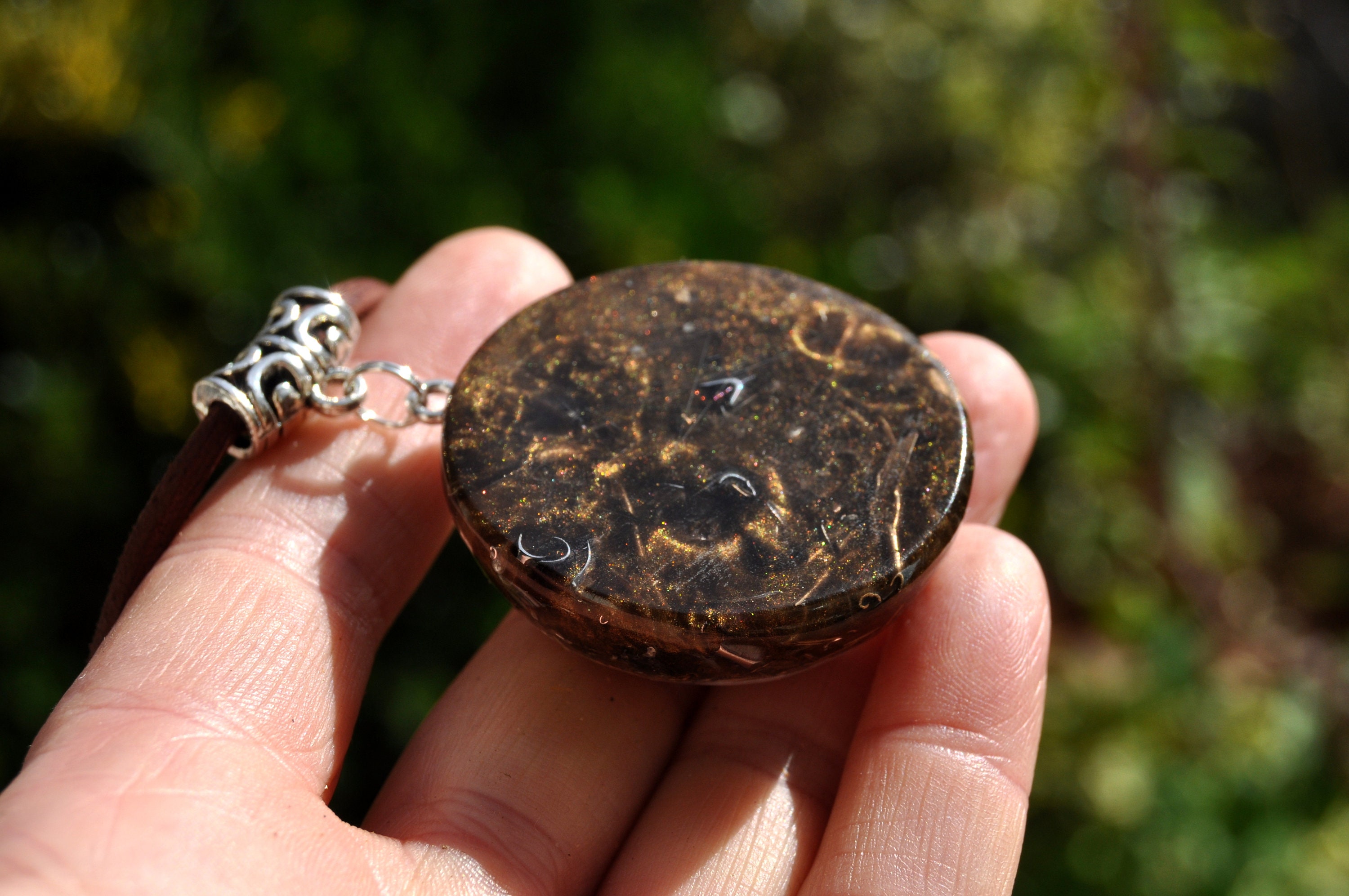 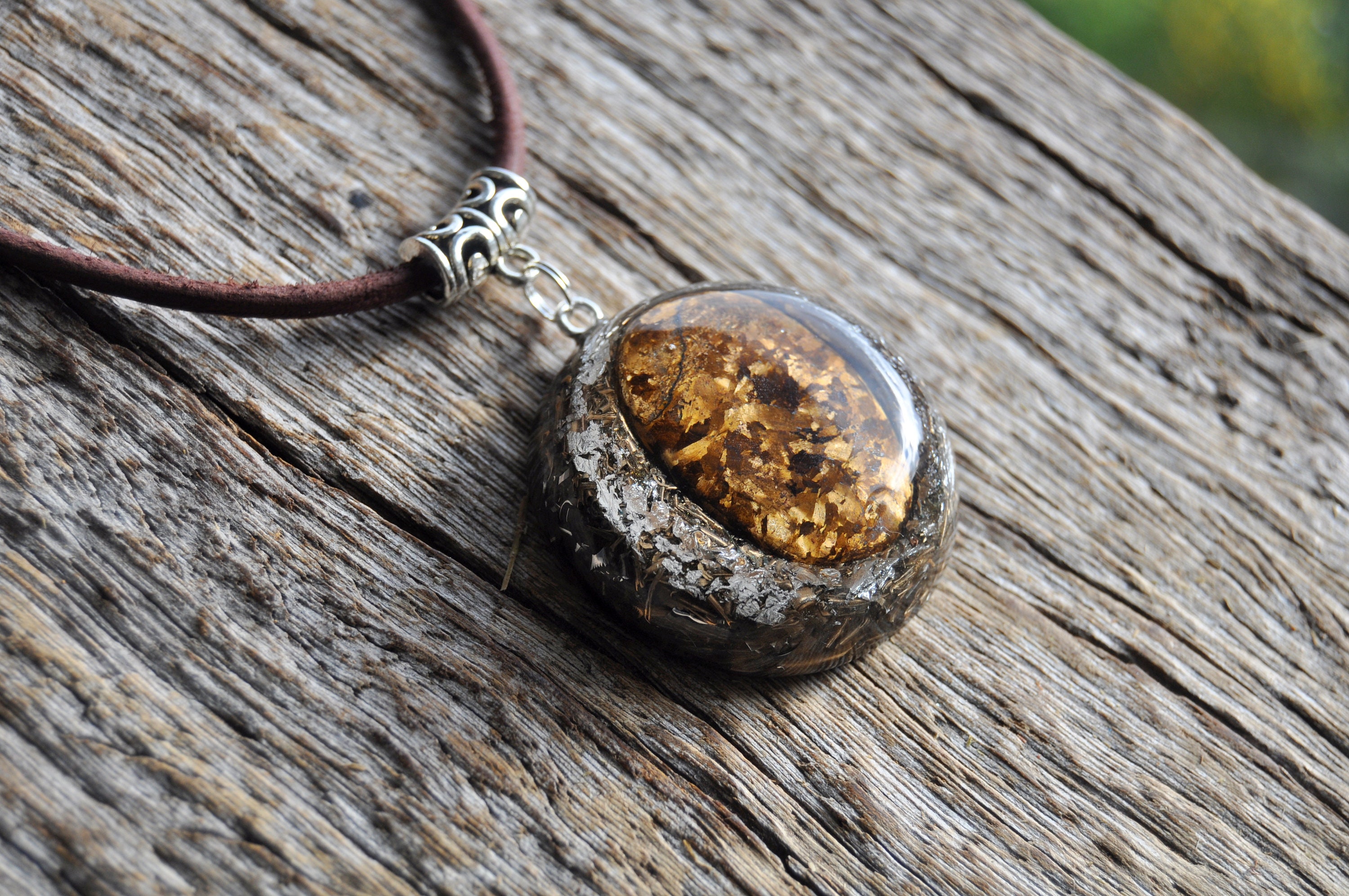 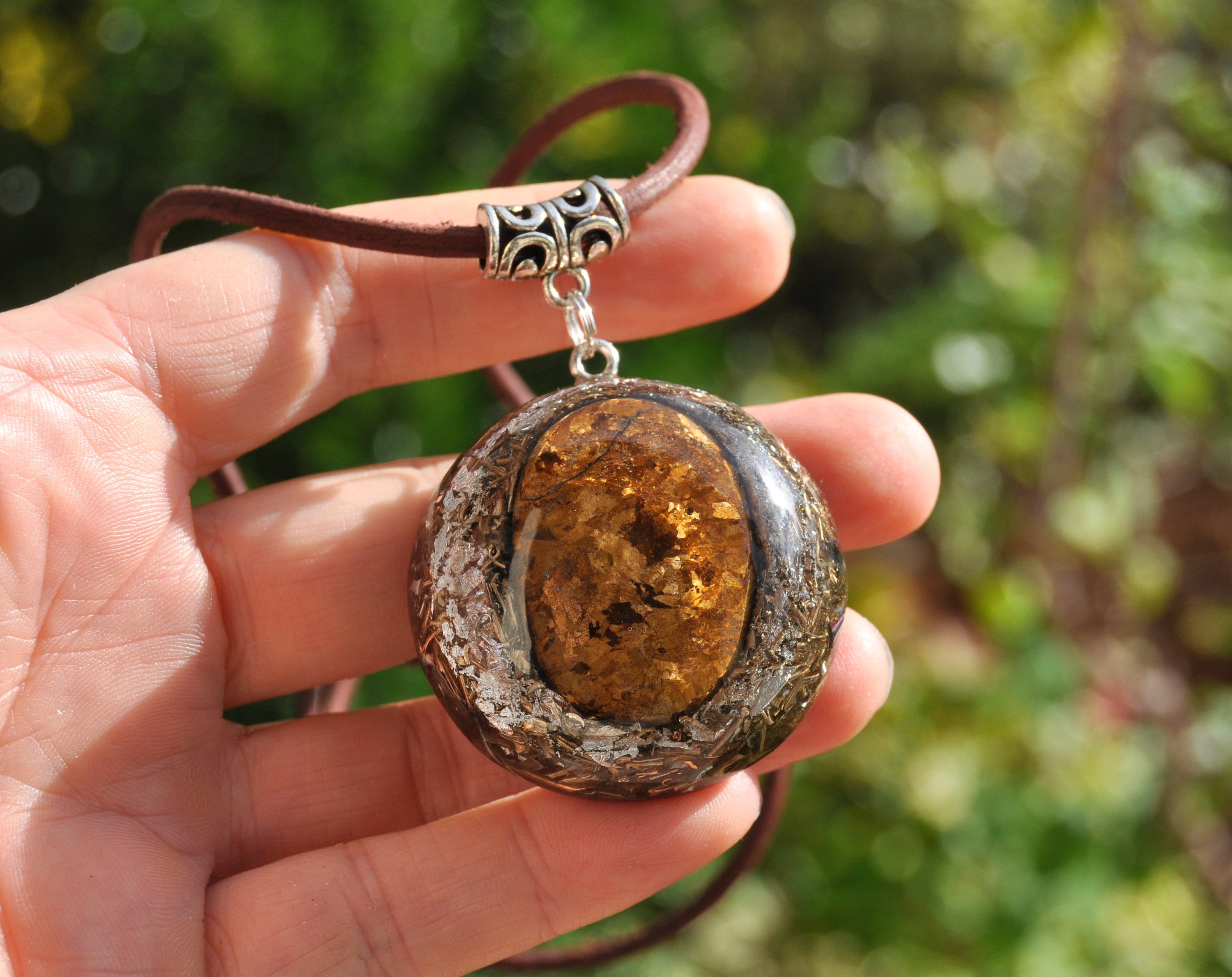 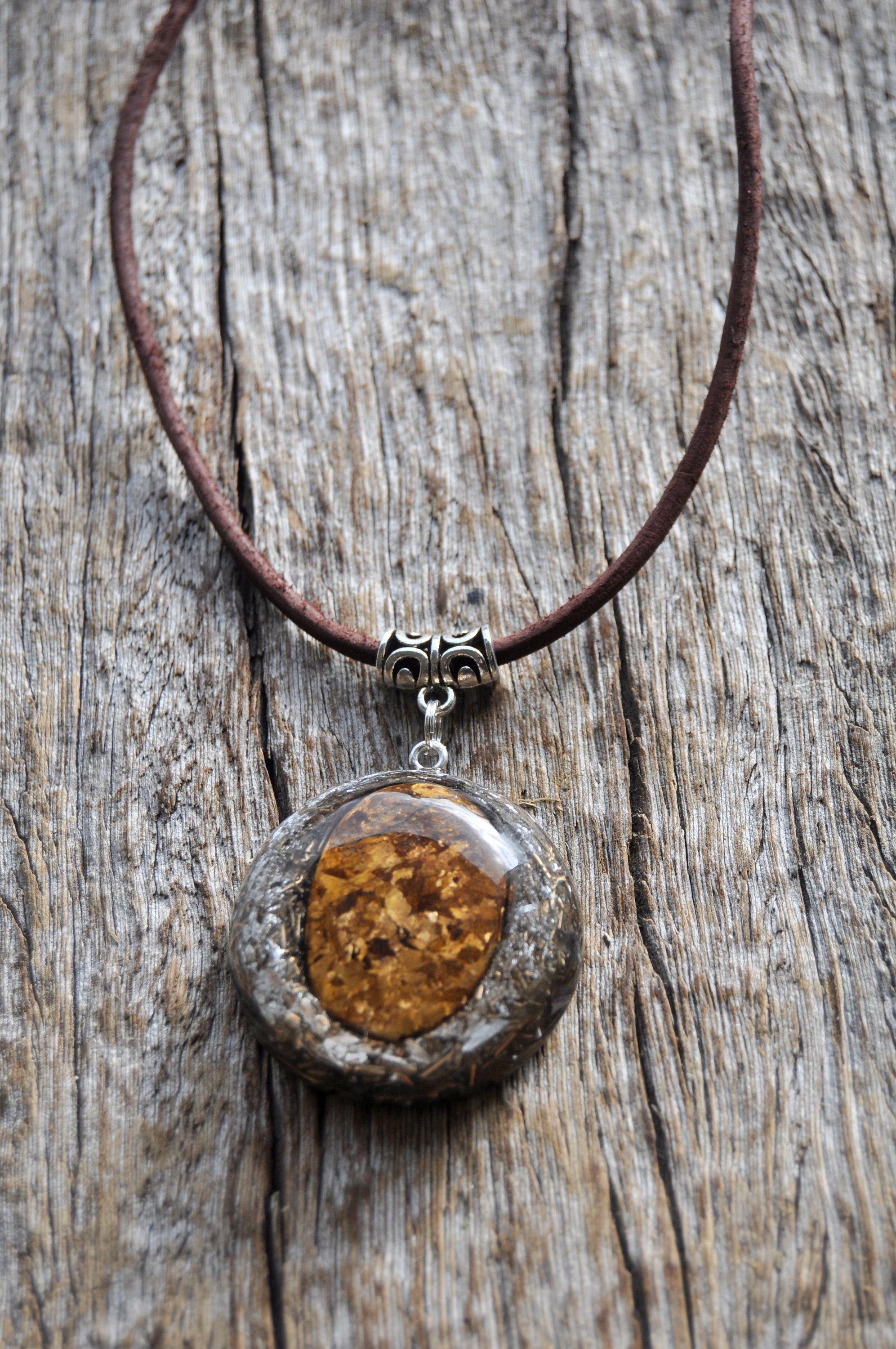 The main stone of this orgonite is a lovely polished 27 carat Bronzite (in the front) which surrounded with 925 Sterling Silver flakes. It furthermore consists of Rose Quartz (self - love), black Tourmaline (to protect and ground excess energy) , Elite Shungite (EMF protection), Selenite (cleans and charges the other crystals), Pyrite clusters (to enhance and deflect ELF waves), Rhodizite (to amplify the other crystals) and clear quartz (for piezo-electric effect) all within a durable resin setting.

Appr. Size:
4.2 cm/ 1.65 inch in diameter
It comes on a leather cord with lobster clasp closing. You can state your preferred length while ordering. If you prefer an adjustable 2mm thick black cotton cord, let me know while ordering in the comments and Ill happily change it for you.