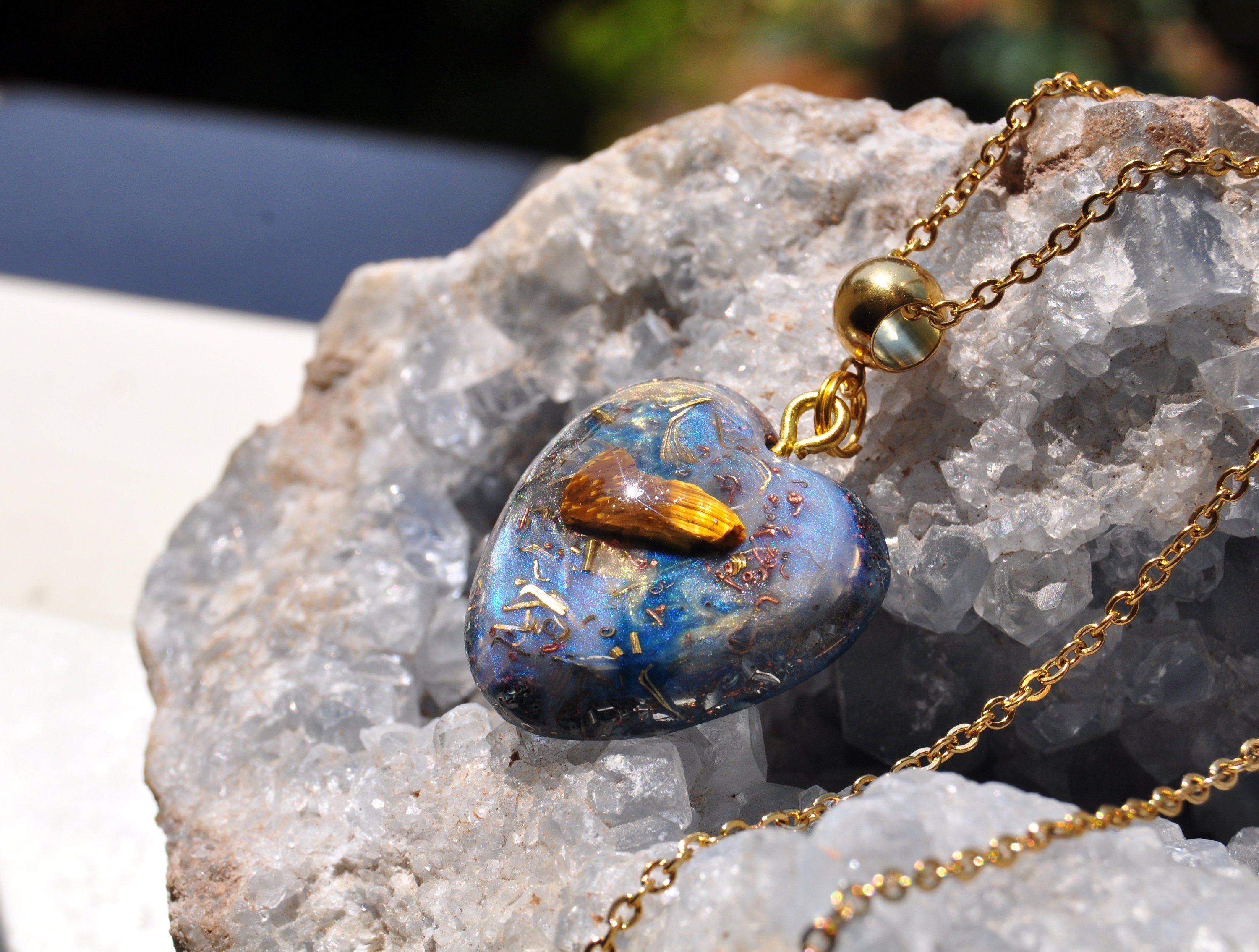 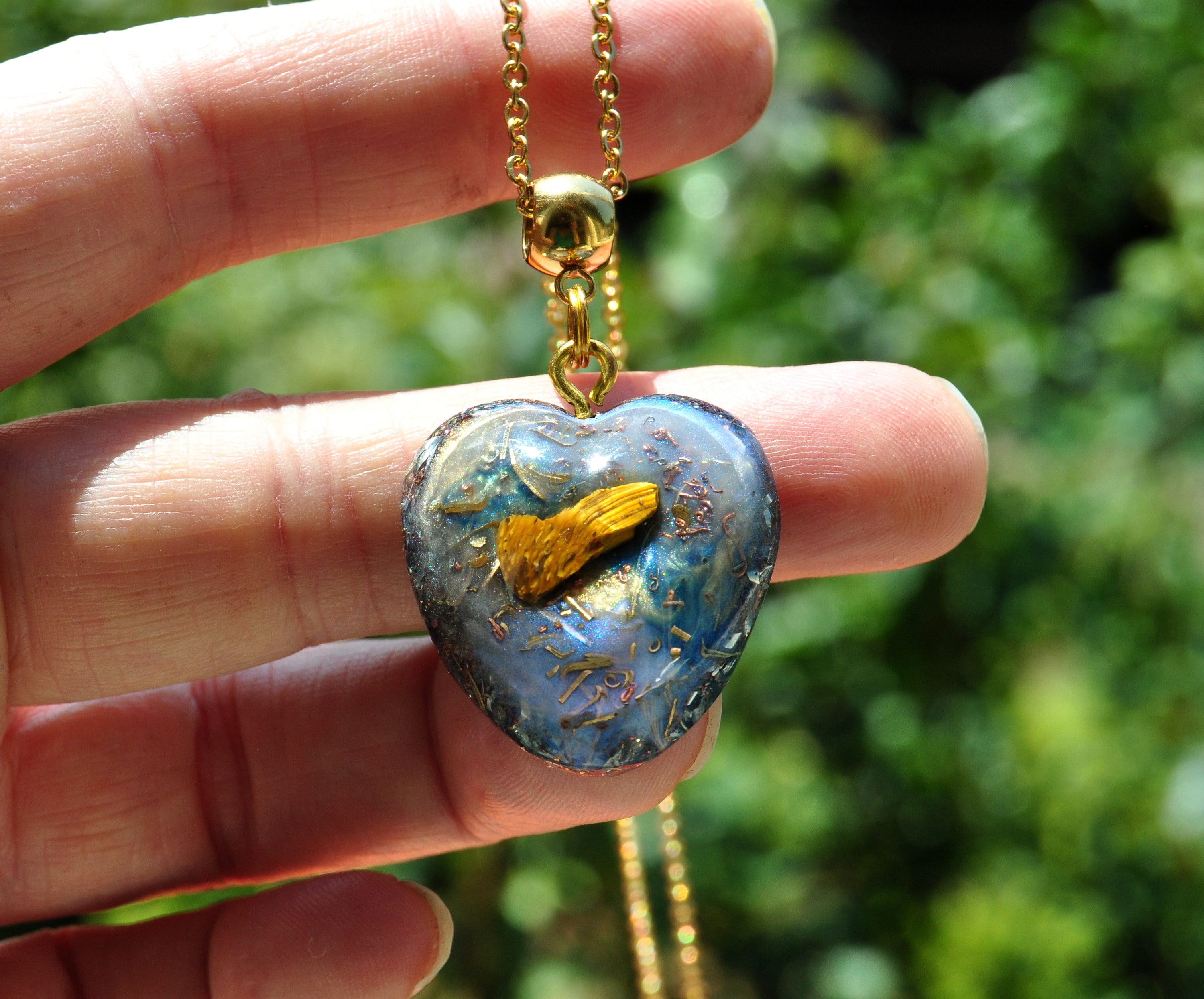 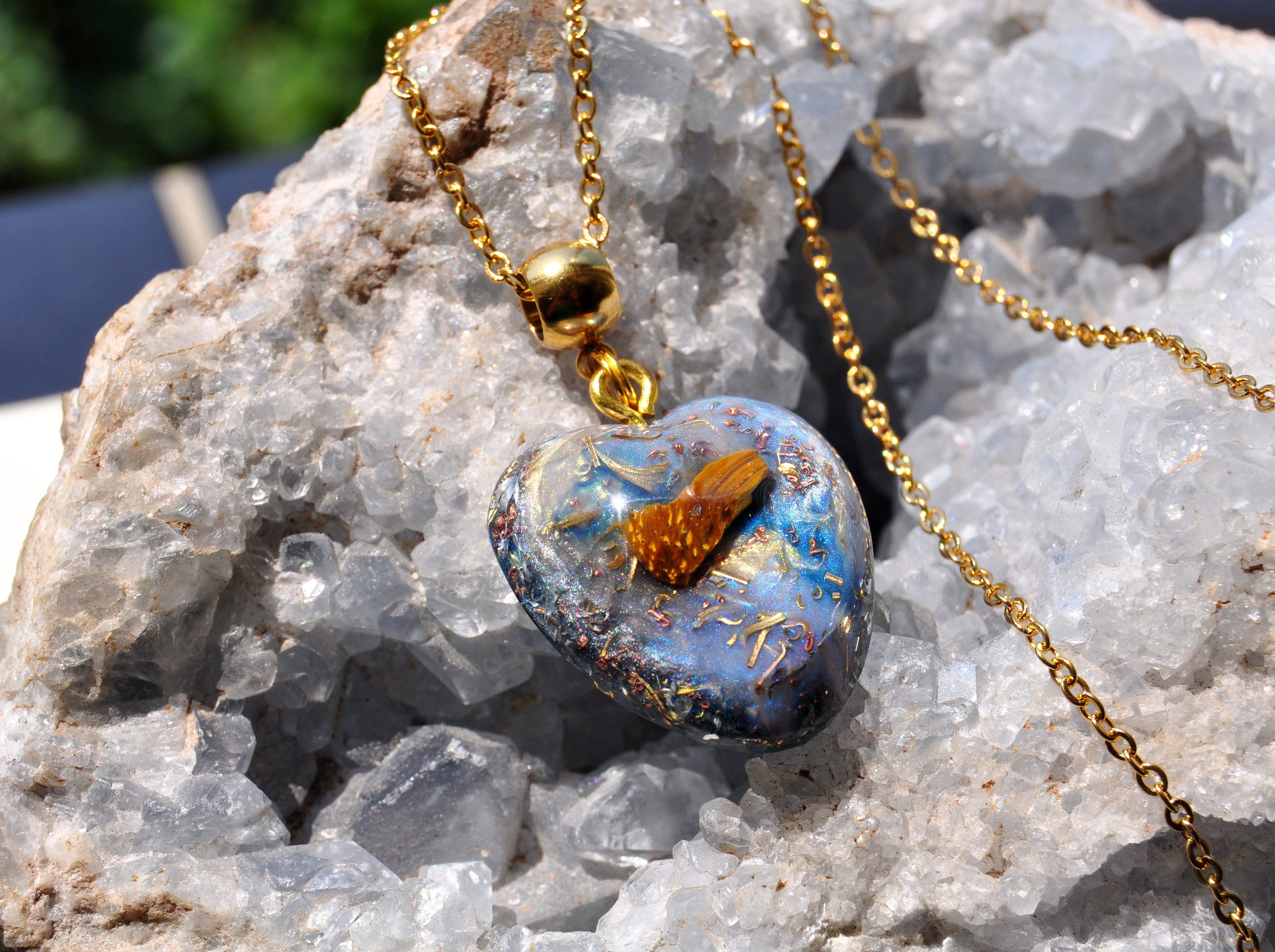 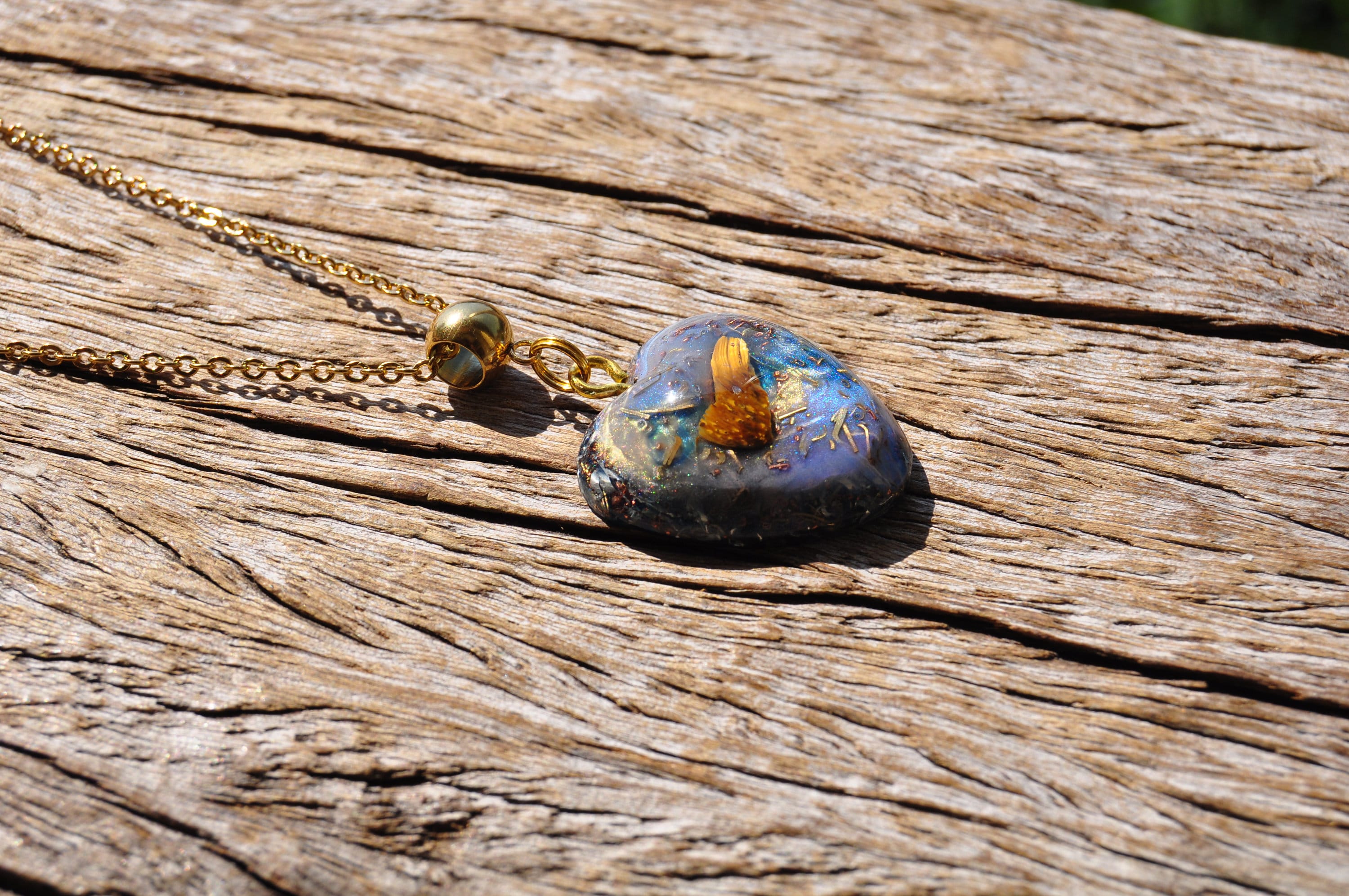 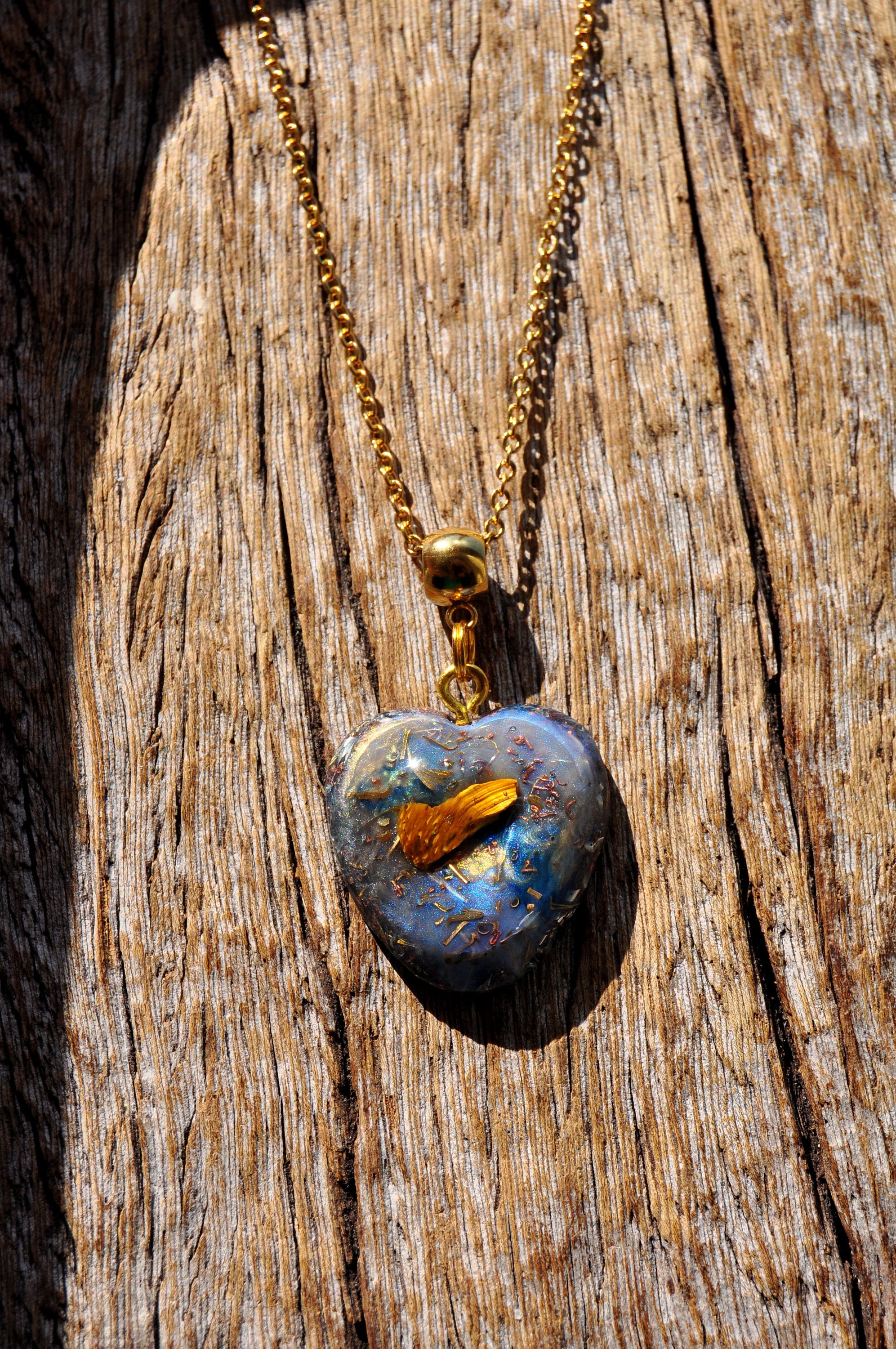 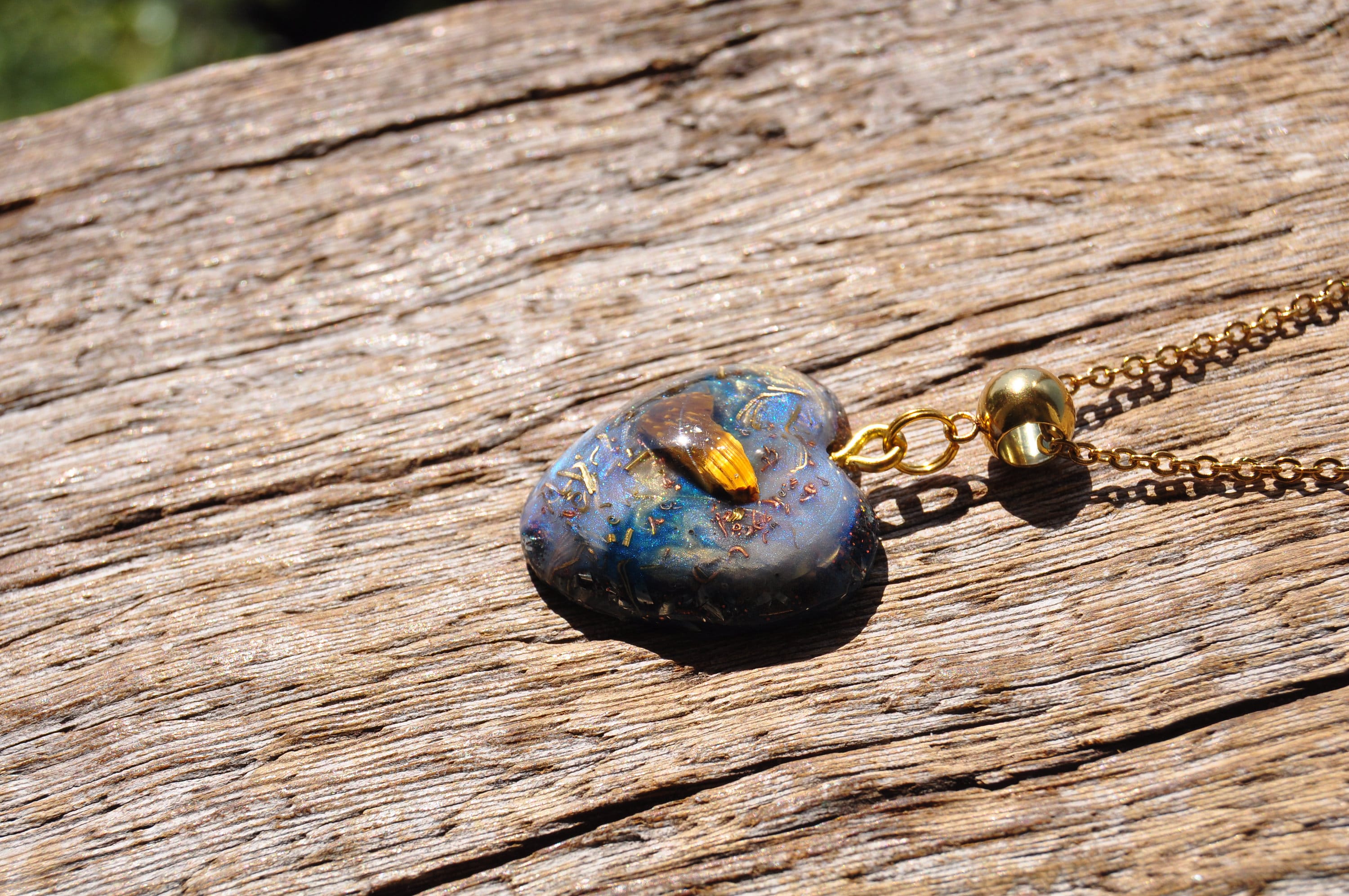 It has a polished yellow Tiger Eye stone in the front.

It comes on a 50 cm / 25 inches necklace with lobster clasp closing.