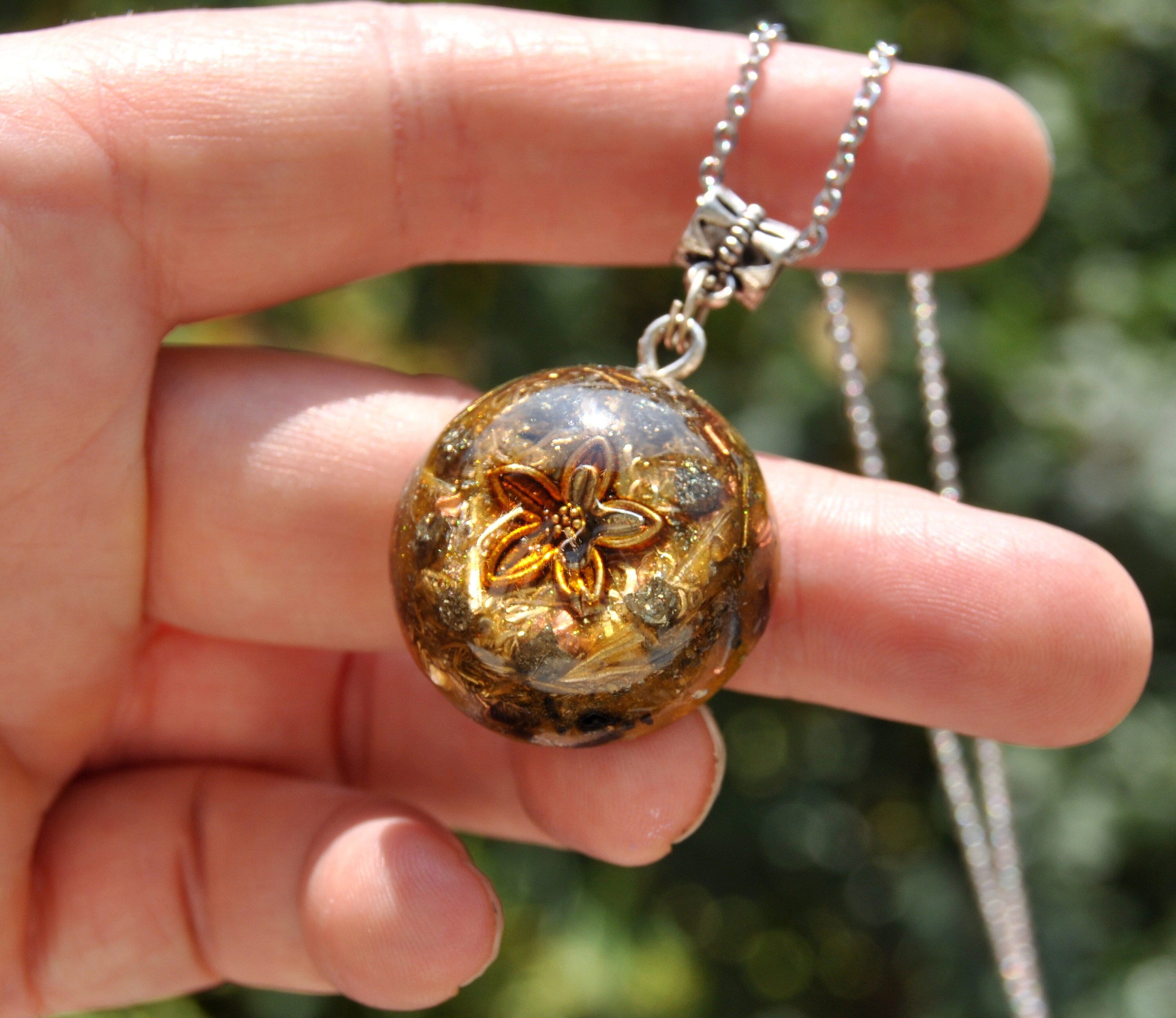 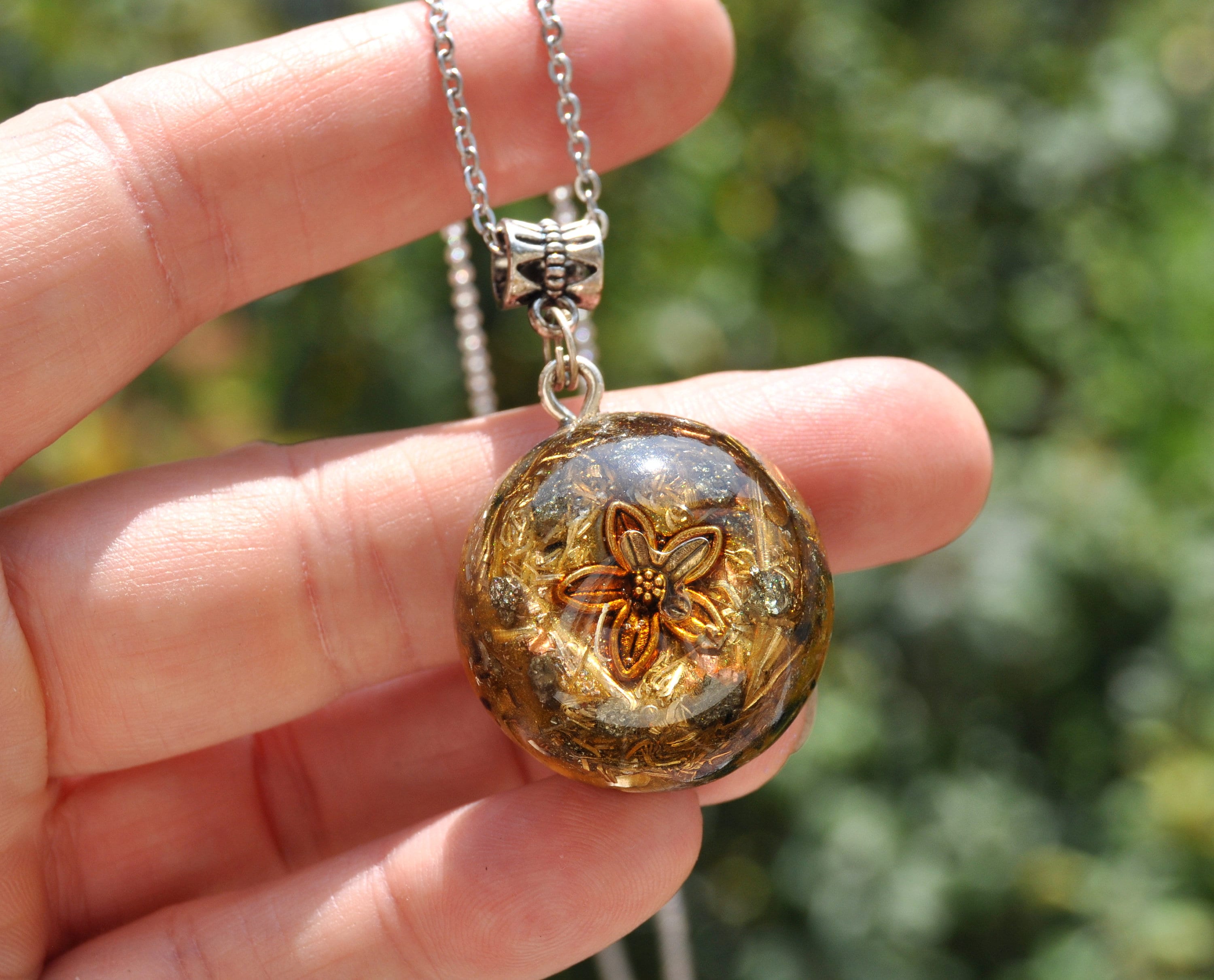 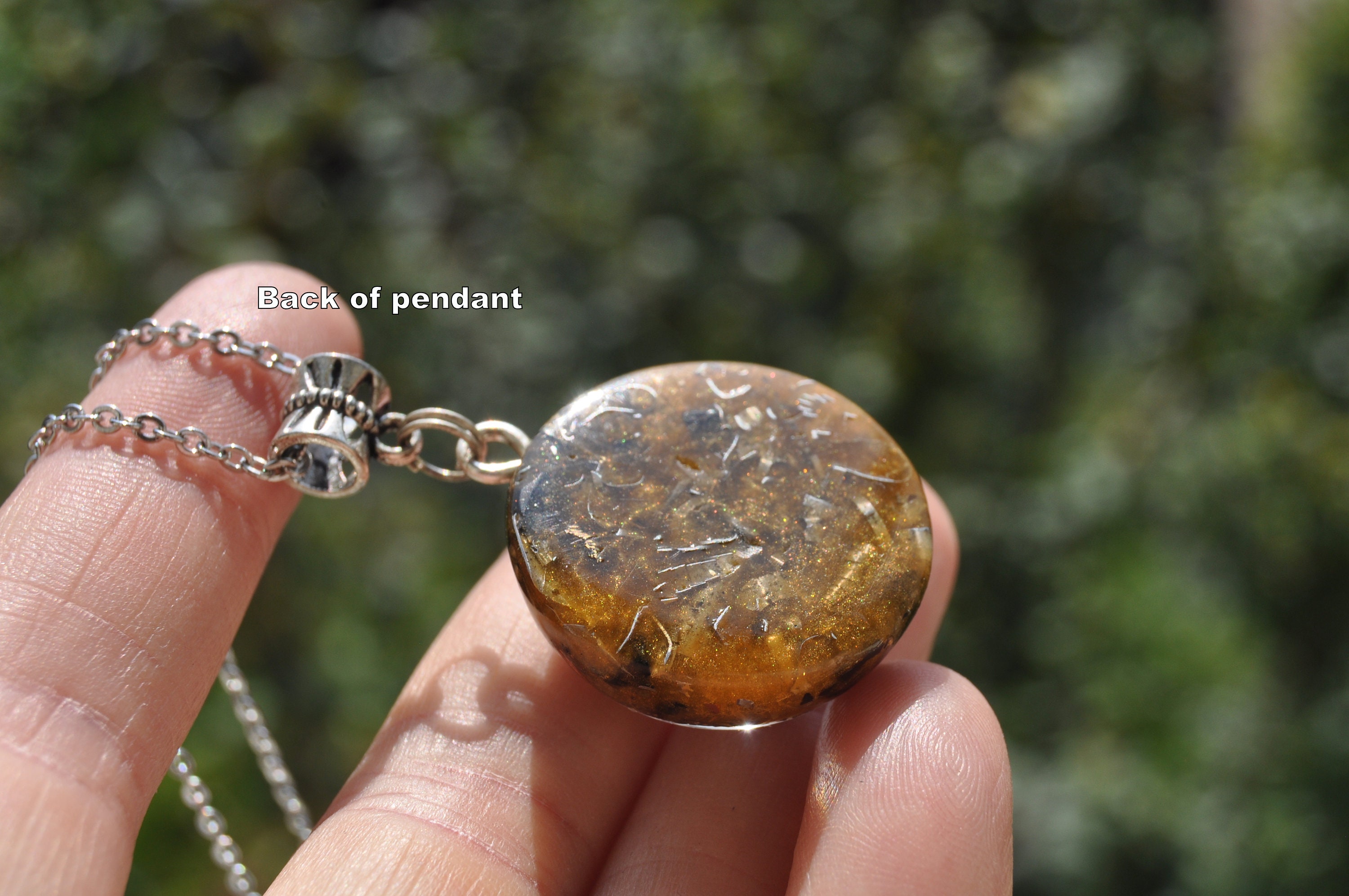 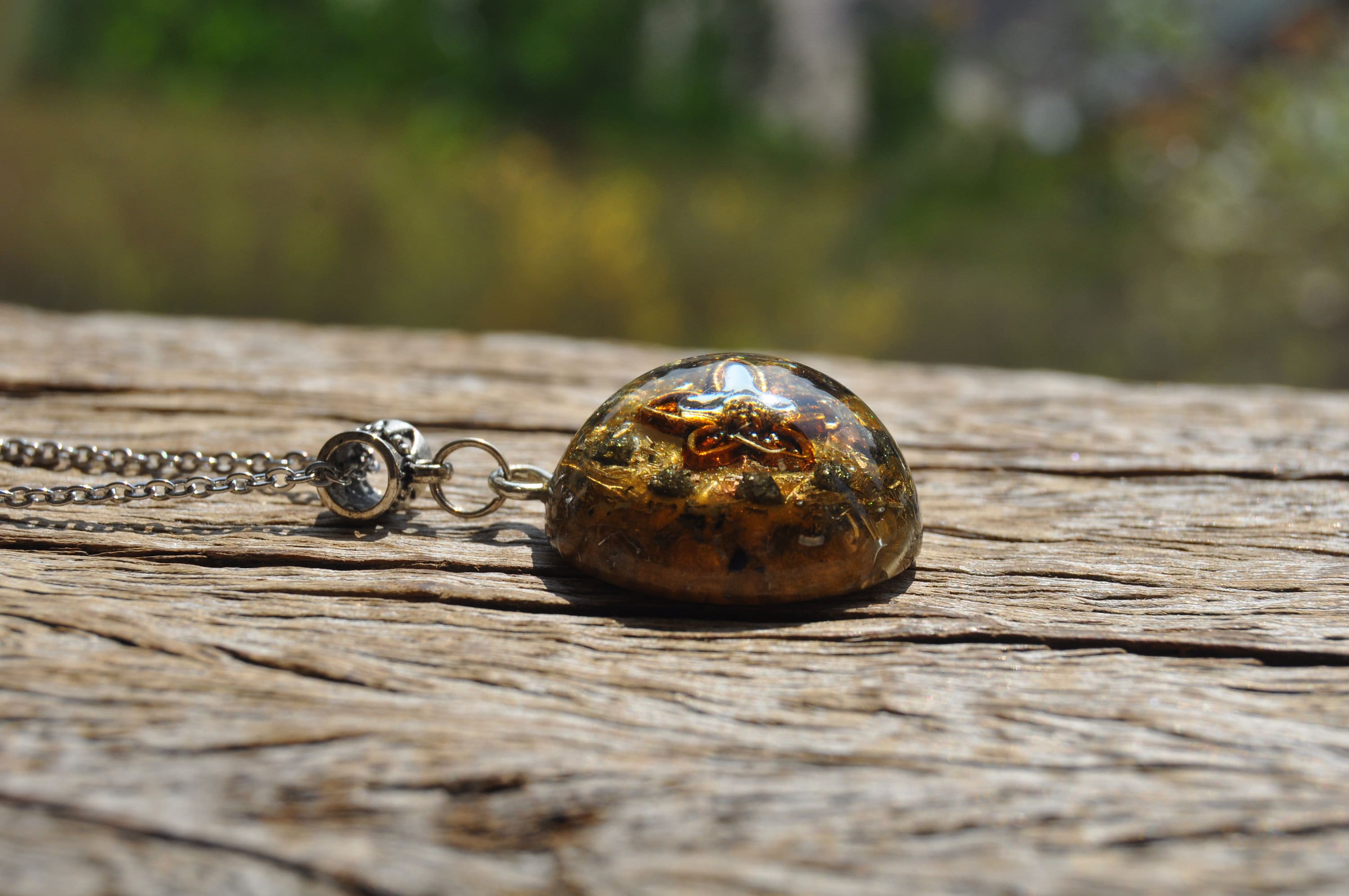 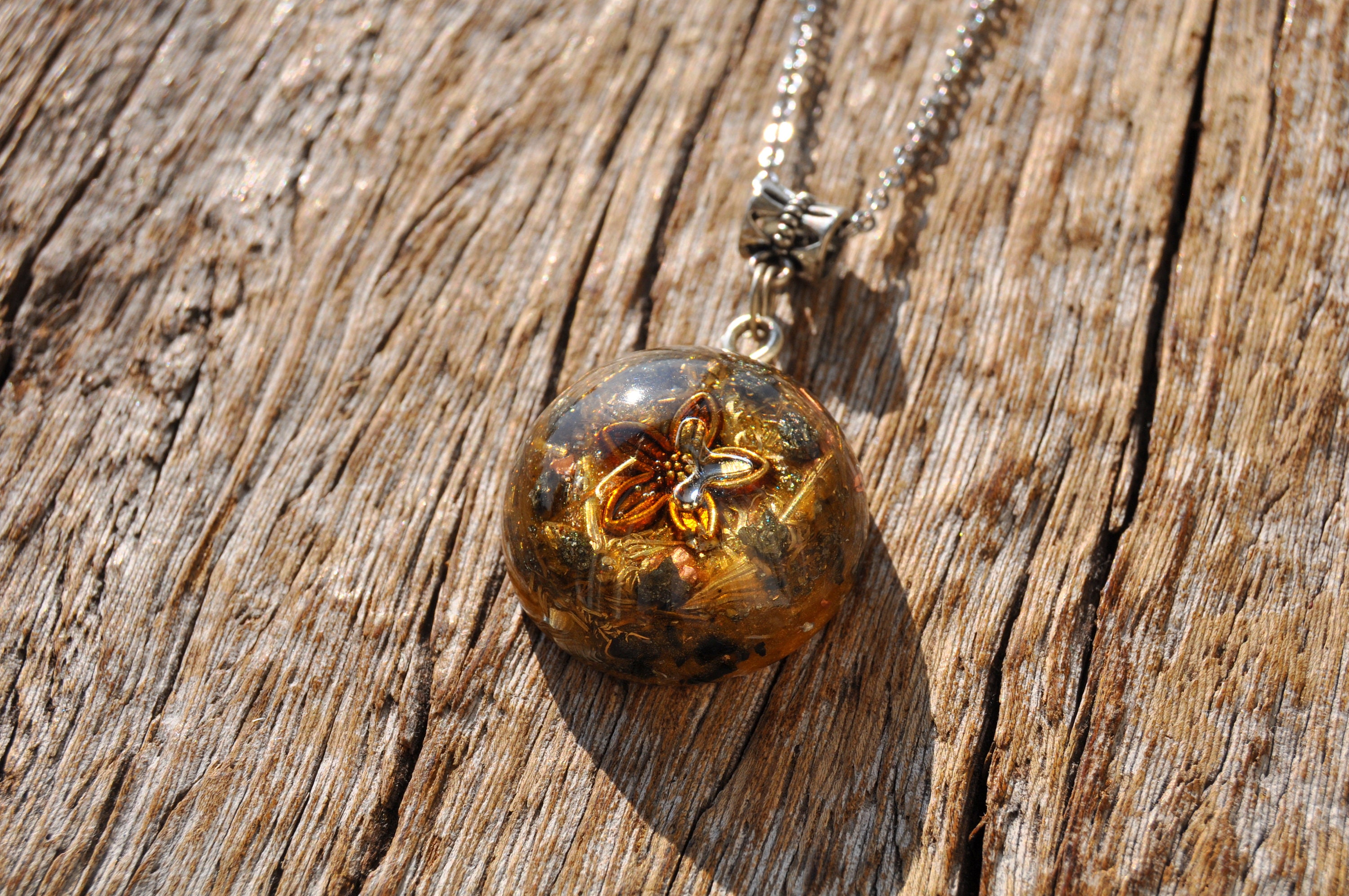 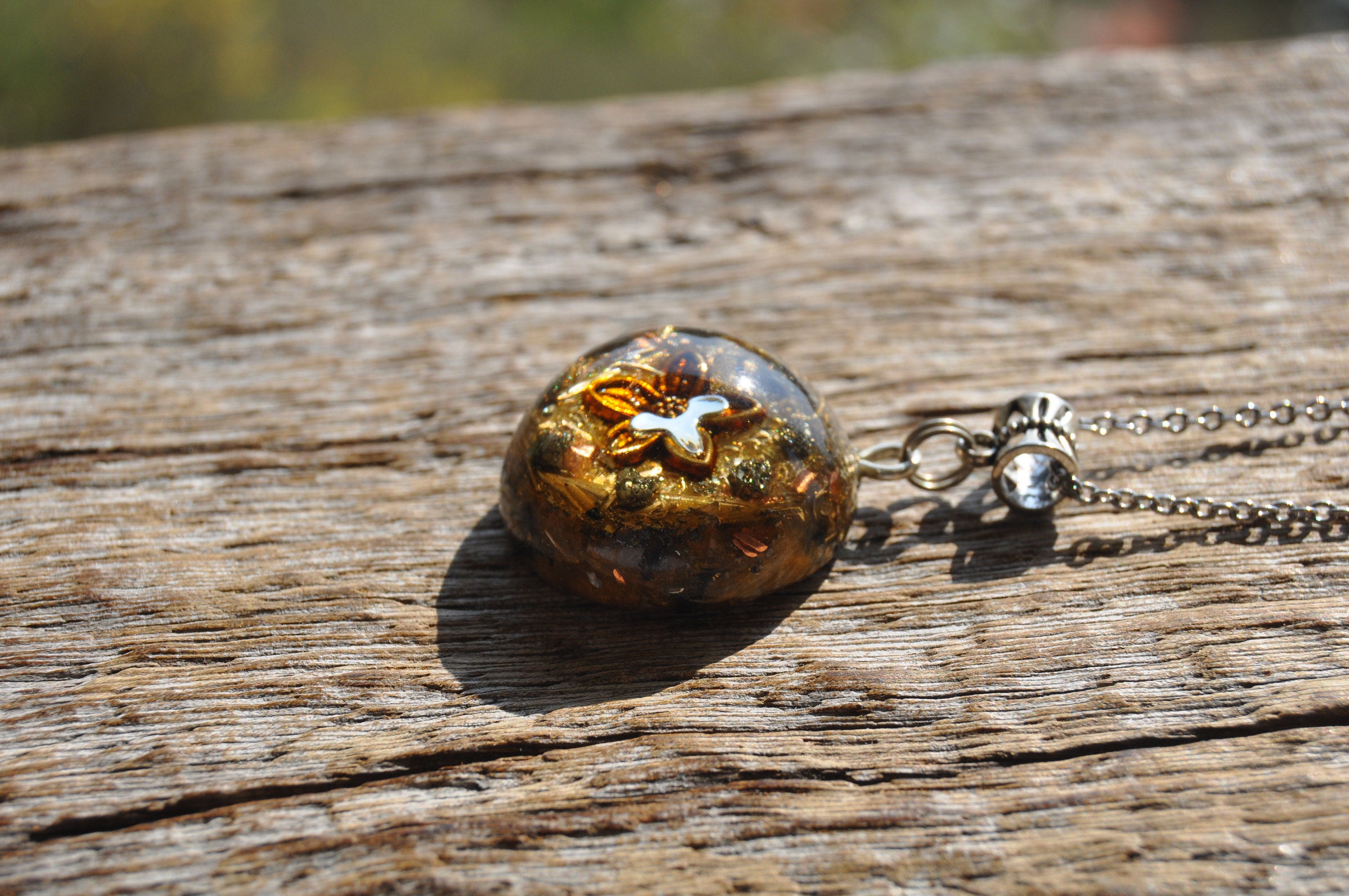 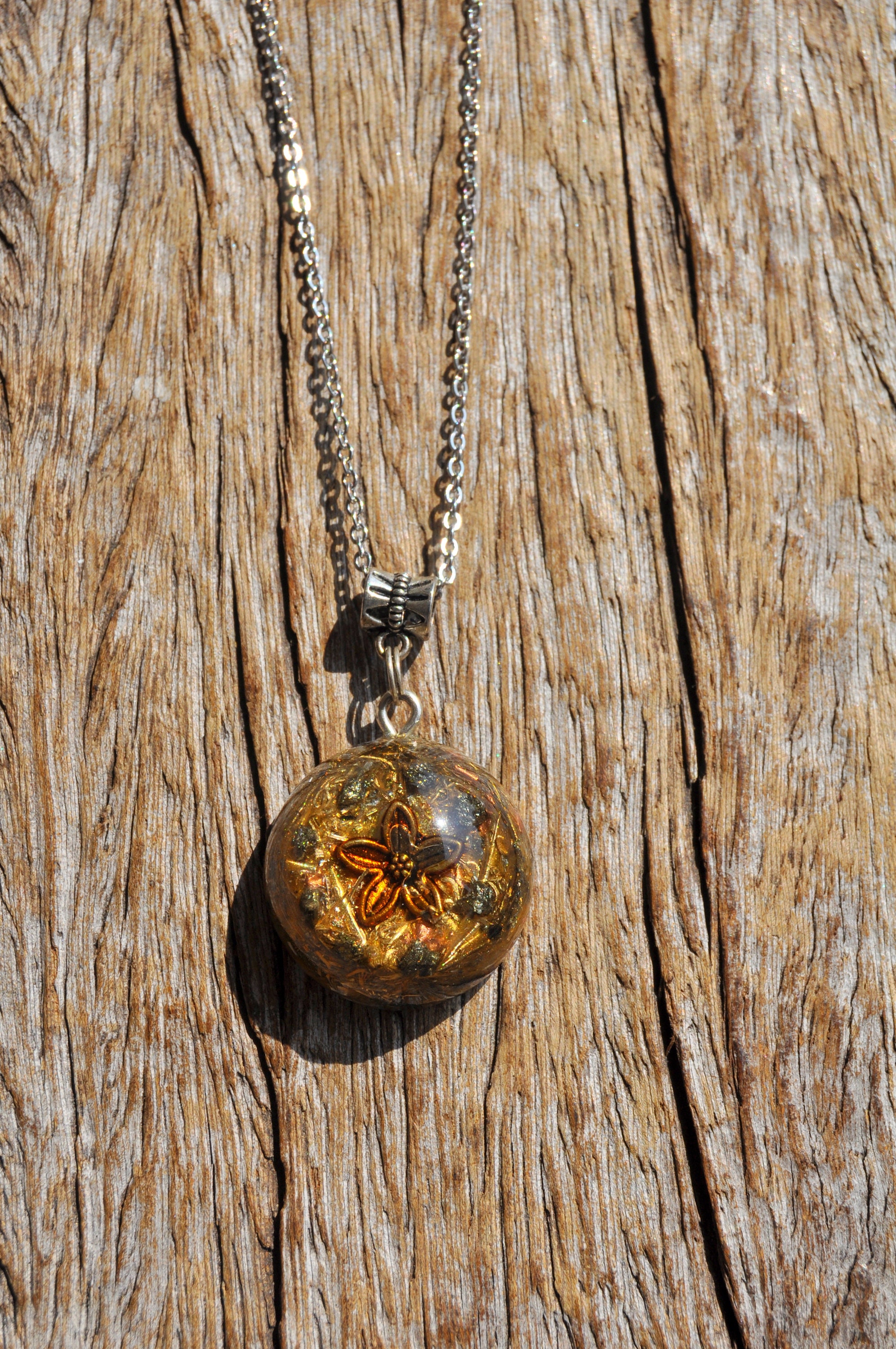 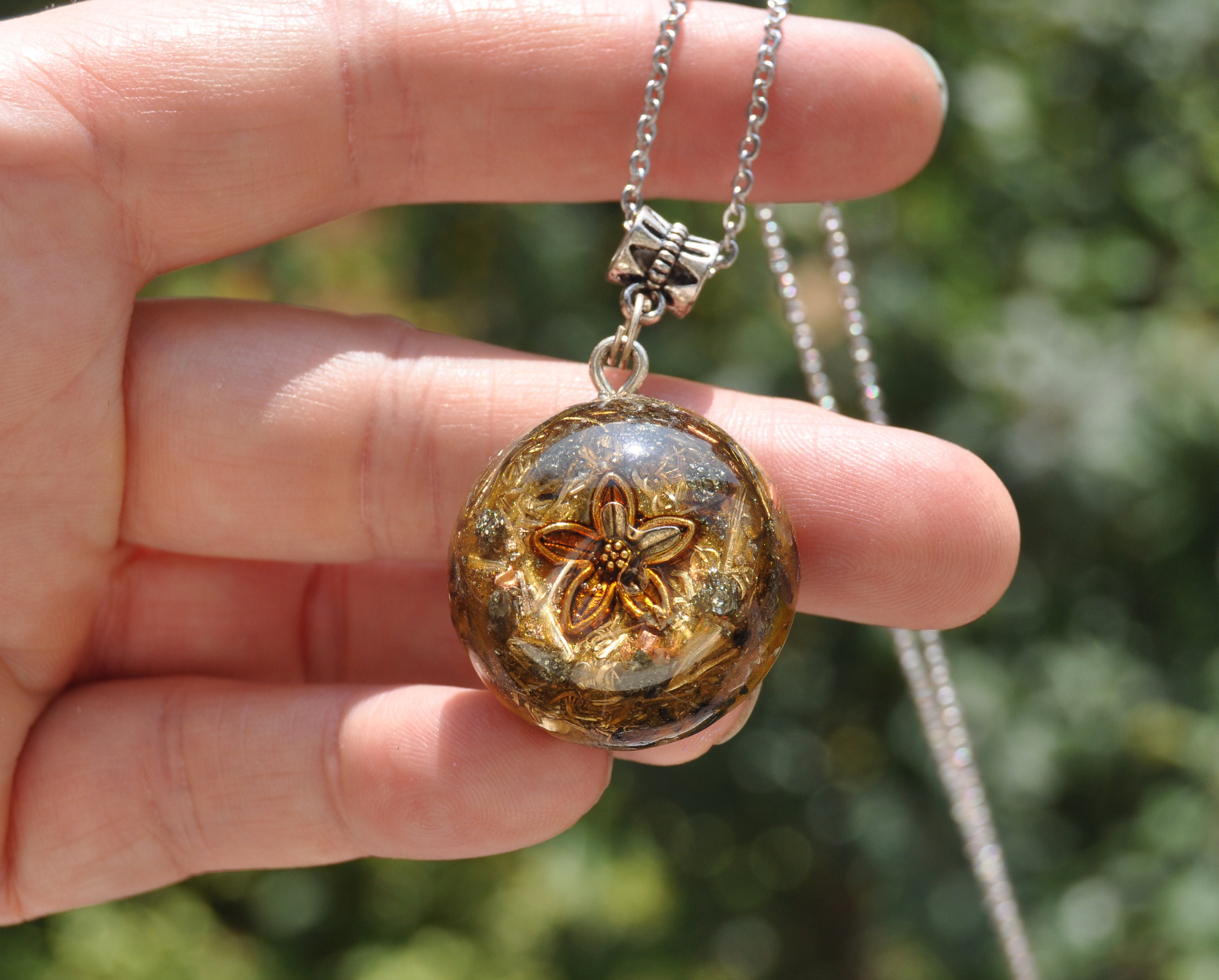 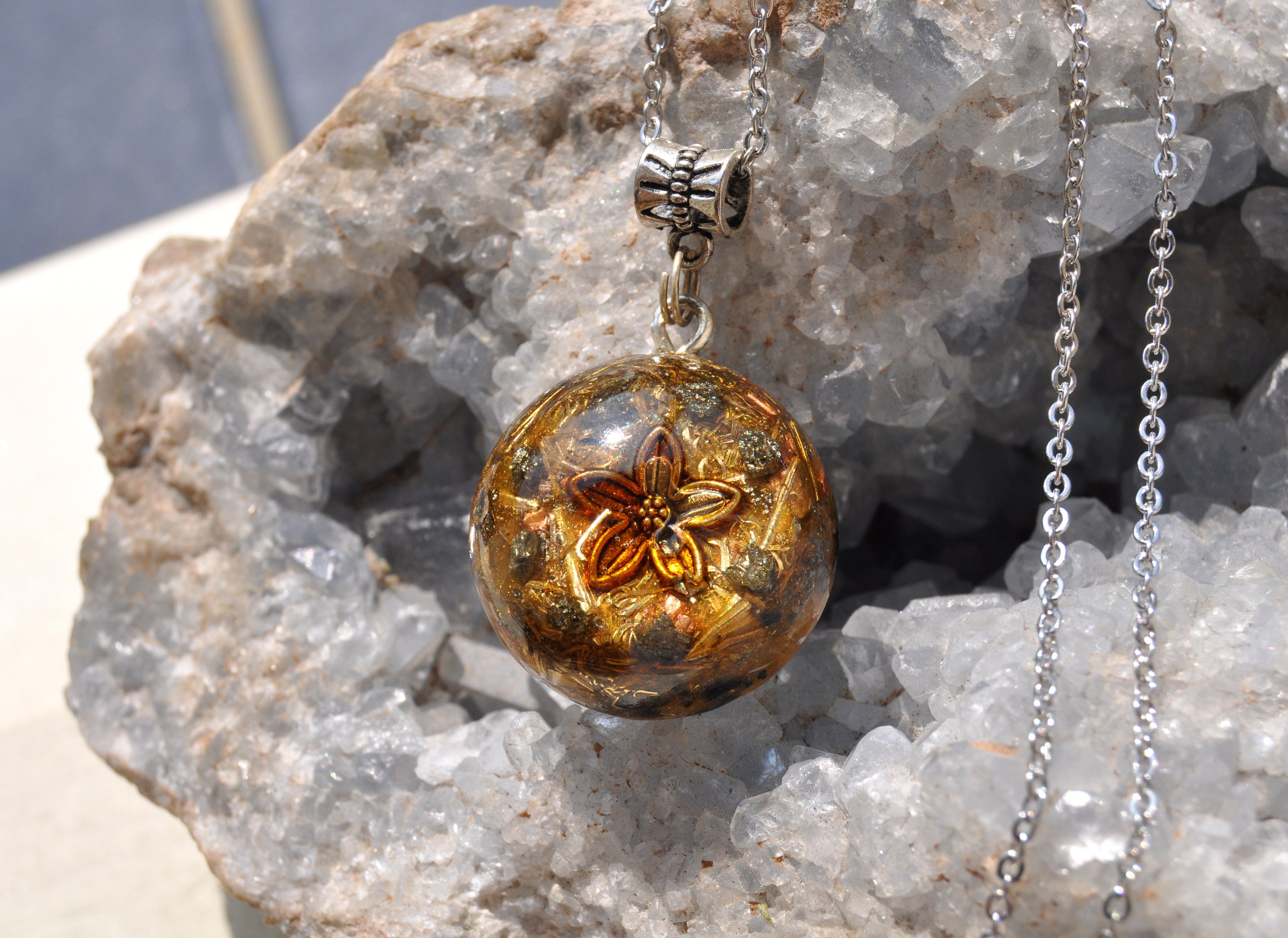 This lovely 2.7 cm / 1.1" in diameter Orgonite® pendant contains various shavings which is required for the orgonite® to properly remove stagnant energy according to Wilhelm Reich's research.

The main stone is small Pyrite clusters which you can see in the front laid around the symbol. The symbol has no particular meaning as as far as I know - the symbol is kind of a flower or star in my eyes. It furthermore contains Rose Quartz (self love), Elite Shungite (protection), Pyrite (to enhance and protect), black Tourmaline (to protect and ground excess energy) ,Rhodizite (to amplify), Selenite (to clean and charge) and clear quartz (for piezo-electric effect) all within a durable resin setting.

Because it is a one of a kind hand-crafted one, it may have slight artistic imperfections.
It comes on a 20 inches / 50 cm necklace with lobster clasp closing.