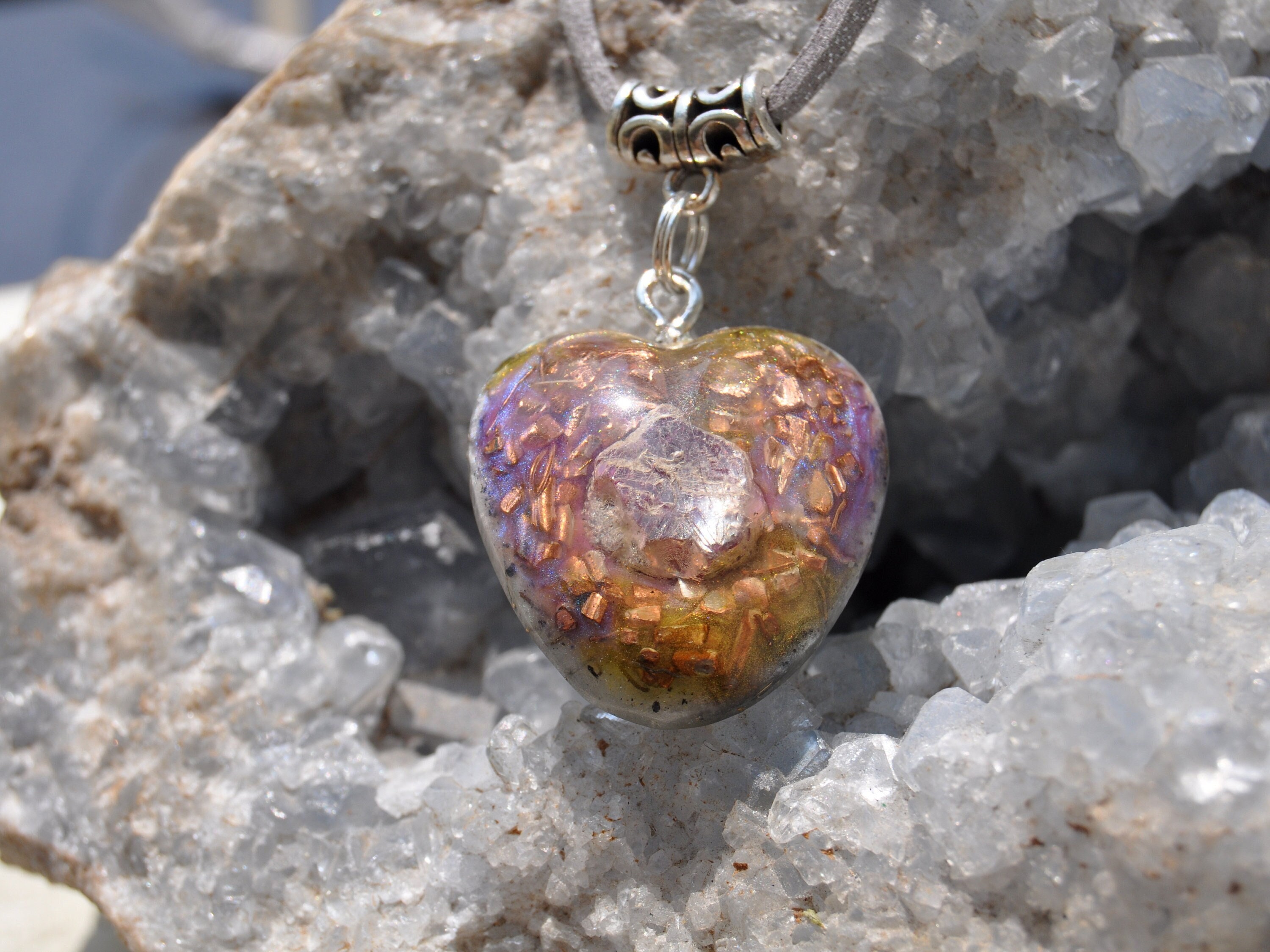 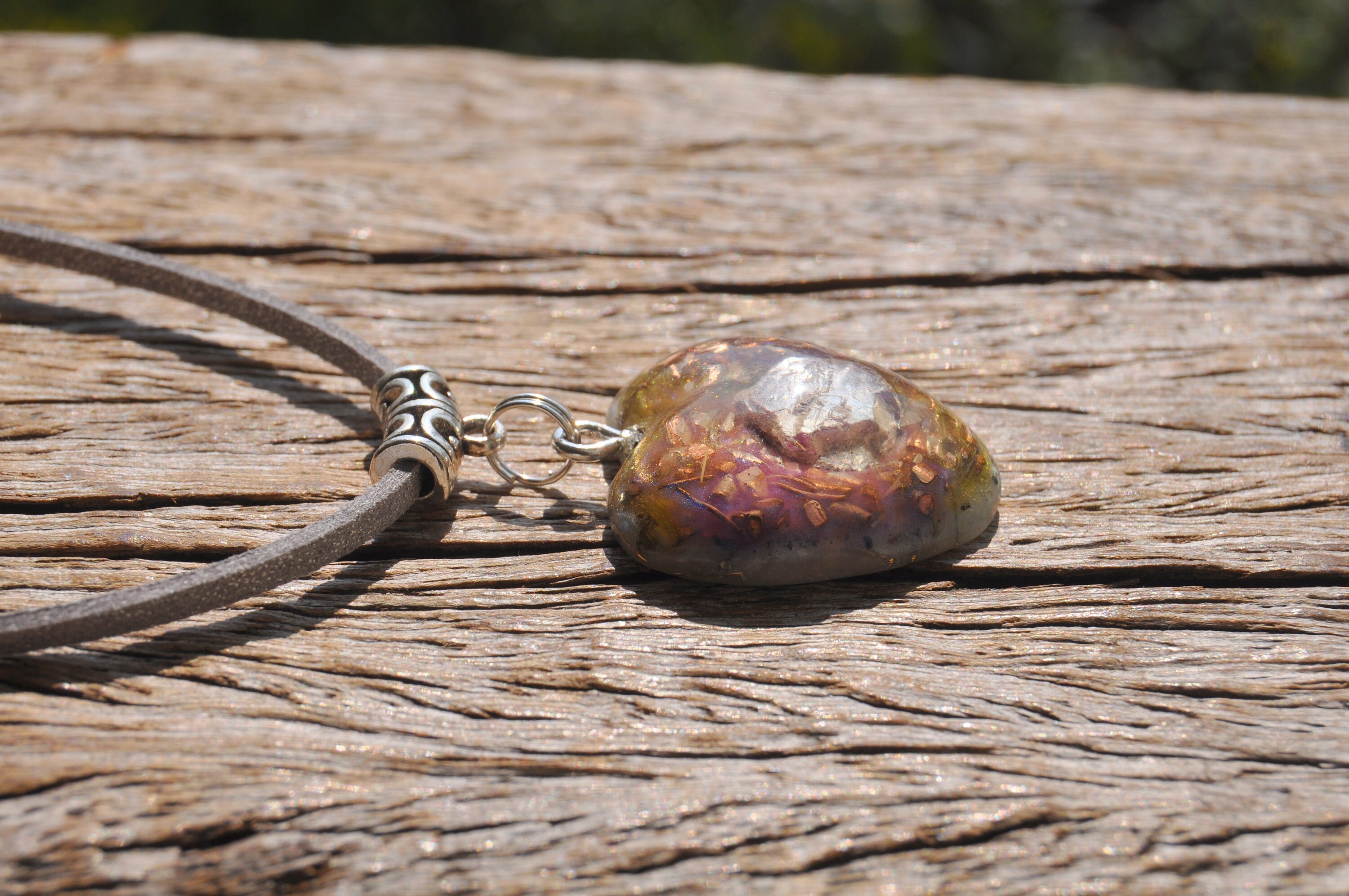 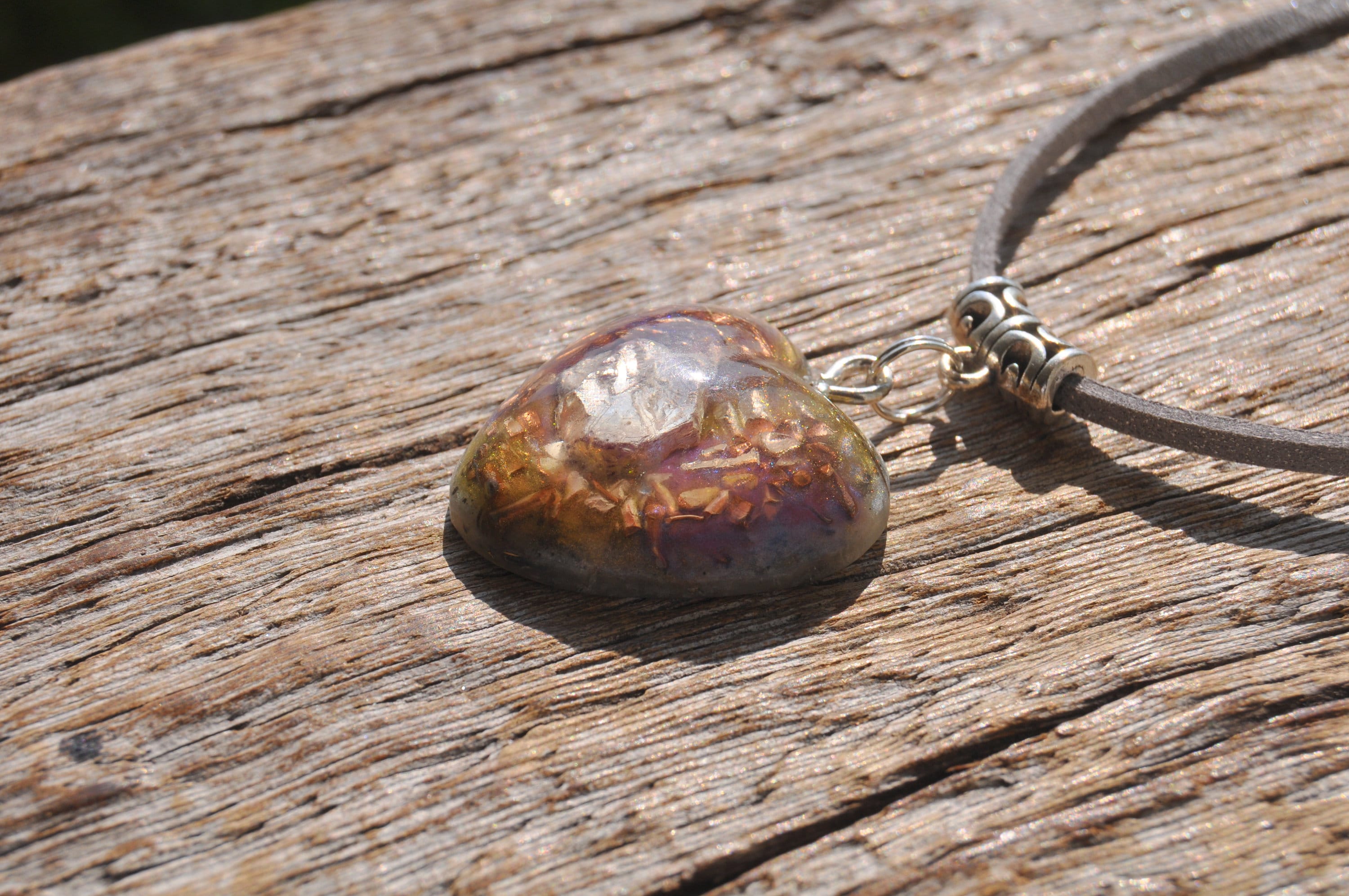 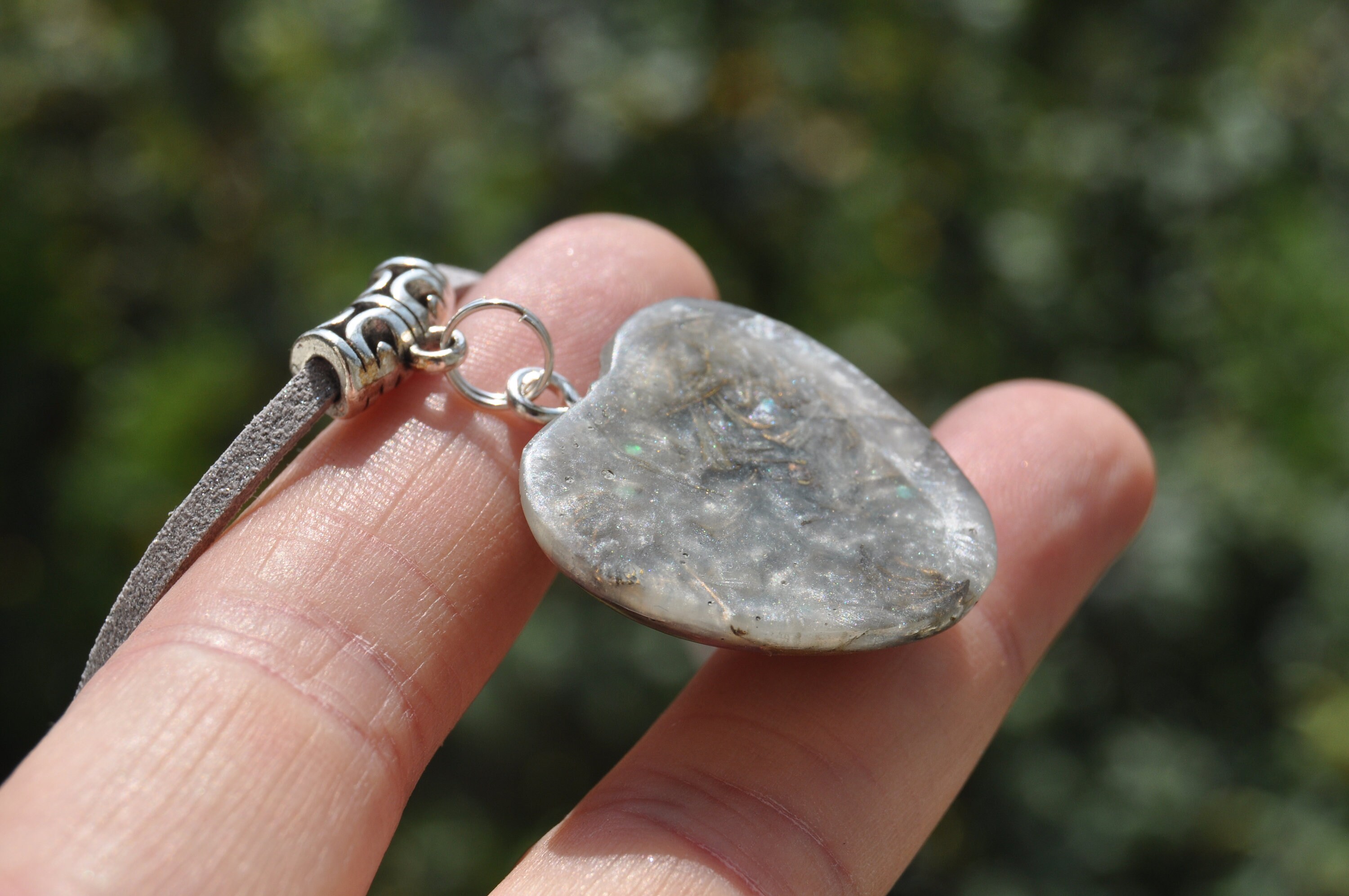 This lovely heart shaped Orgonite® pendant contains brass and copper shavings. The main stone is a natural terminated red Ruby crystal which you can see in the front. The Ruby is surrounded by Copper. It also consists of clear quartz (for piezo electric effect) all within an organic resin setting.