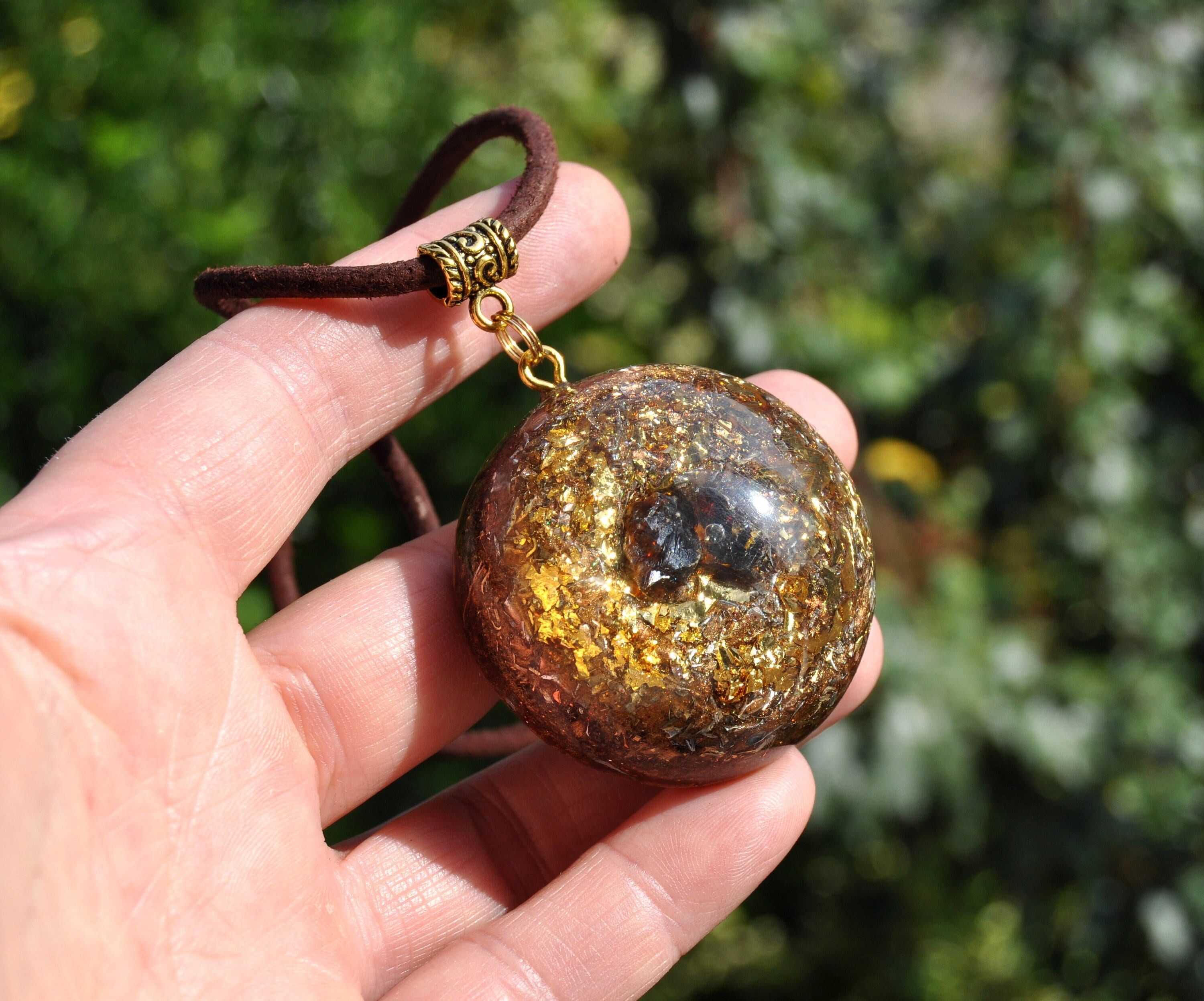 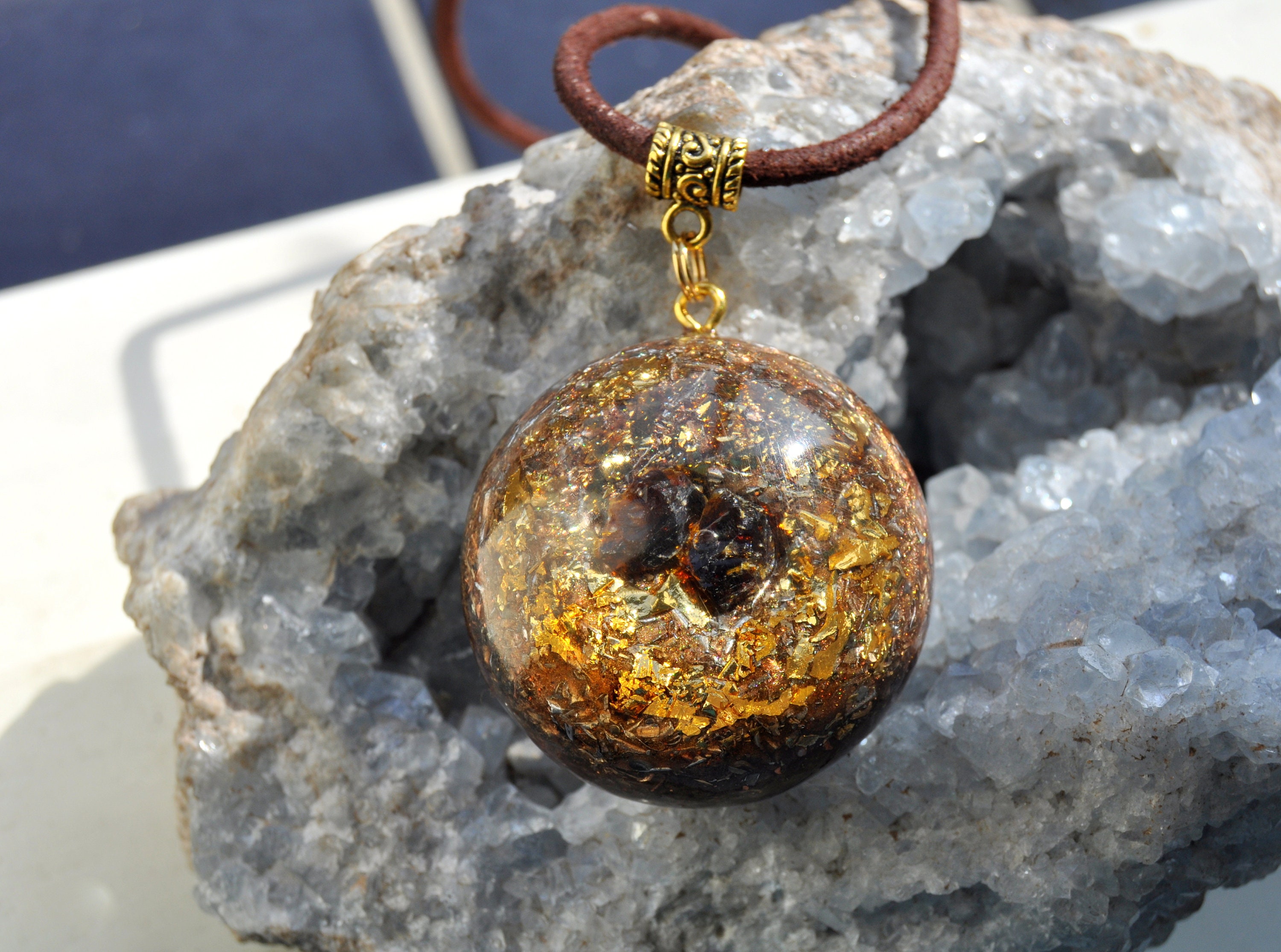 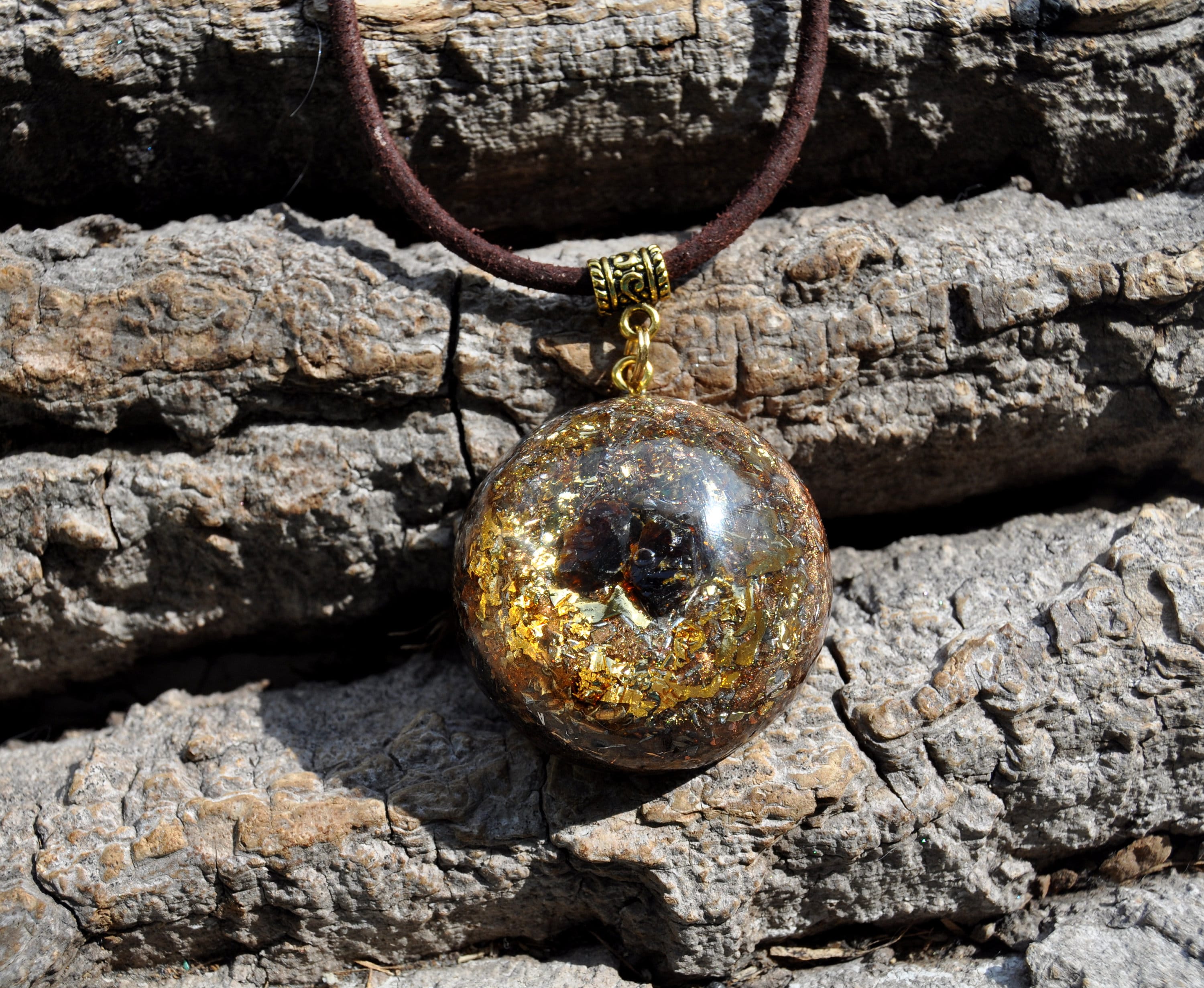 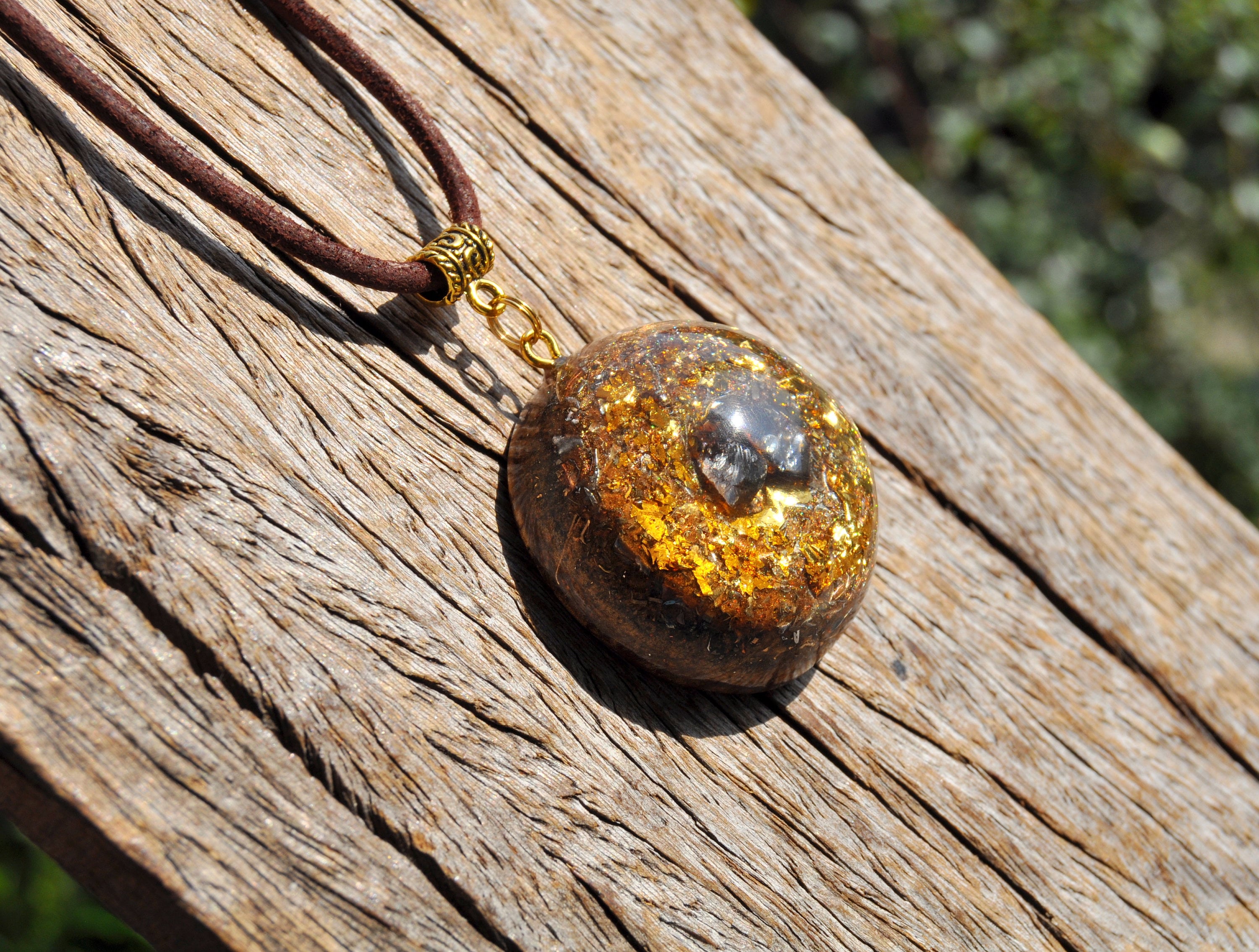 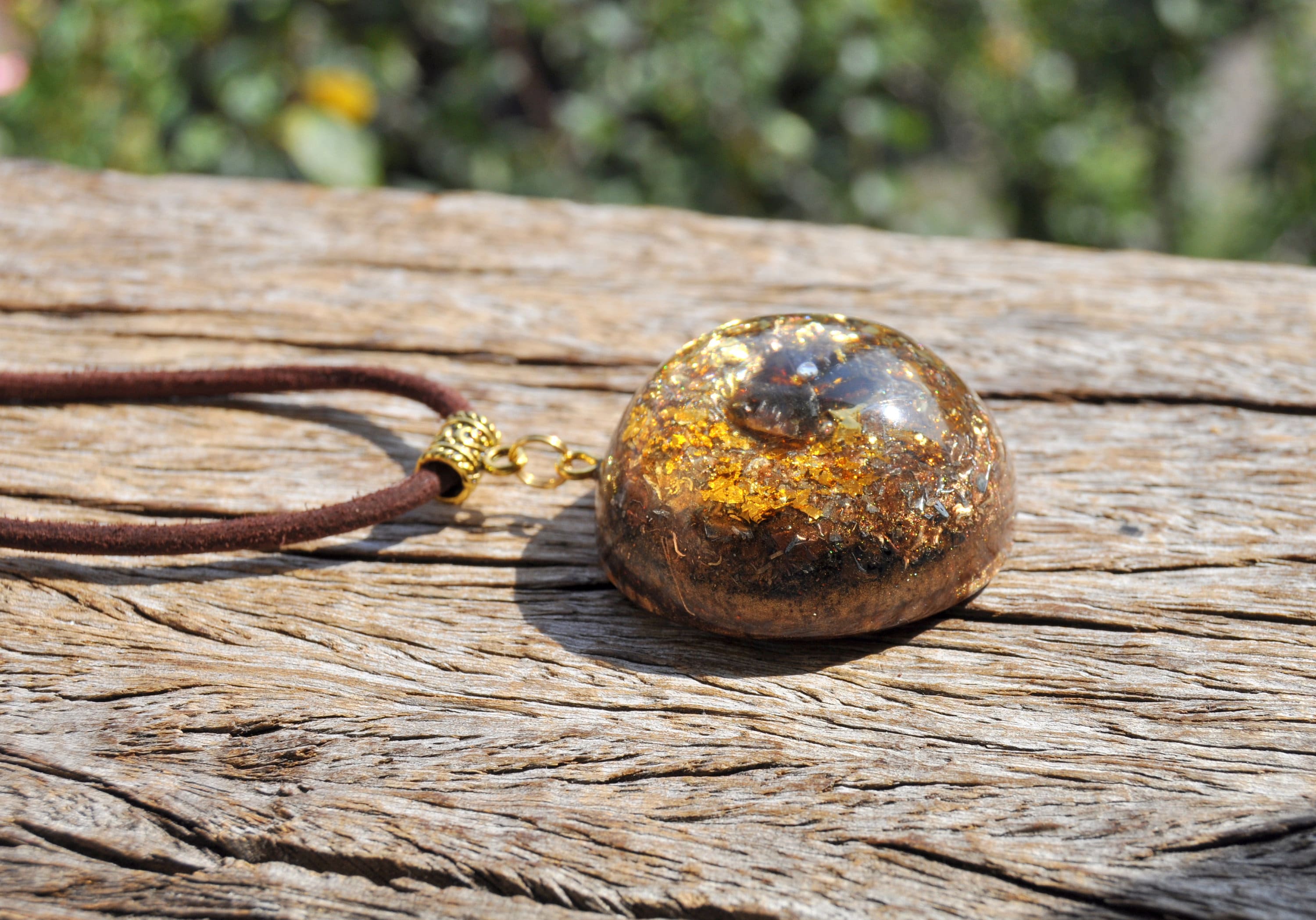 This unique 4.2 cm / 1.65" in diameter pendant is made out of lots of various metal shavings.
The main stone is brown Sphalerite crystal which is surrounded with 24k Gold and furthermore it consists of Rose Quartz (self - love), black Tourmaline (to protect and ground excess energy) , Elite Shungite (EMF protection), Selenite (to clean and charge the other crystals), Rhodizite (to amplify the other crystals) and clear quartz (for piezo-electric effect) all within a durable resin setting.

Sphalerite (which is also known as Blende), is an important ore of zinc and can make a rather attractive cabinet specimen as well. Color is typically black, but can be brown.

Sphalerite is an exceptional stone, with a number of impressive properties.
One of its most powerful attributes is its action to help to prevent nervous exhaustion and fatigue.

If you have recently meditated with high vibration stones and feel odd or dizzy, this crystal will both ground you and energize you. Severe tiredness can be a common result of using very stimulating crystals for a longer period than your body can take.

After using high crystal energy stones, this crystal is highly beneficial to use to aid grounding, as it will help you if you feel any of the symptoms of being ungrounded.

This interesting crystal also helps to harmonize the male and female aspects of the personality, and will also assist with stimulating your creativity.