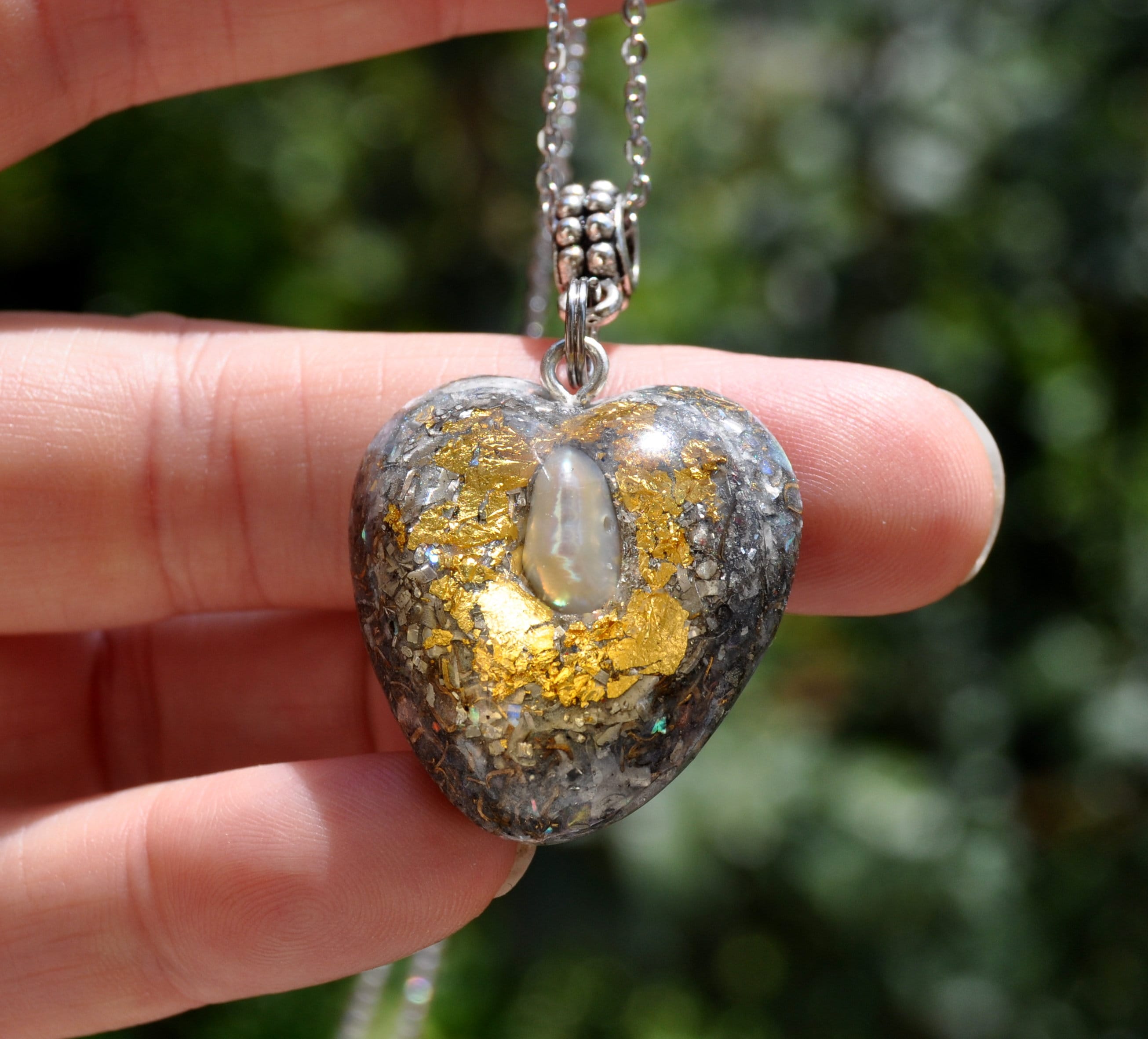 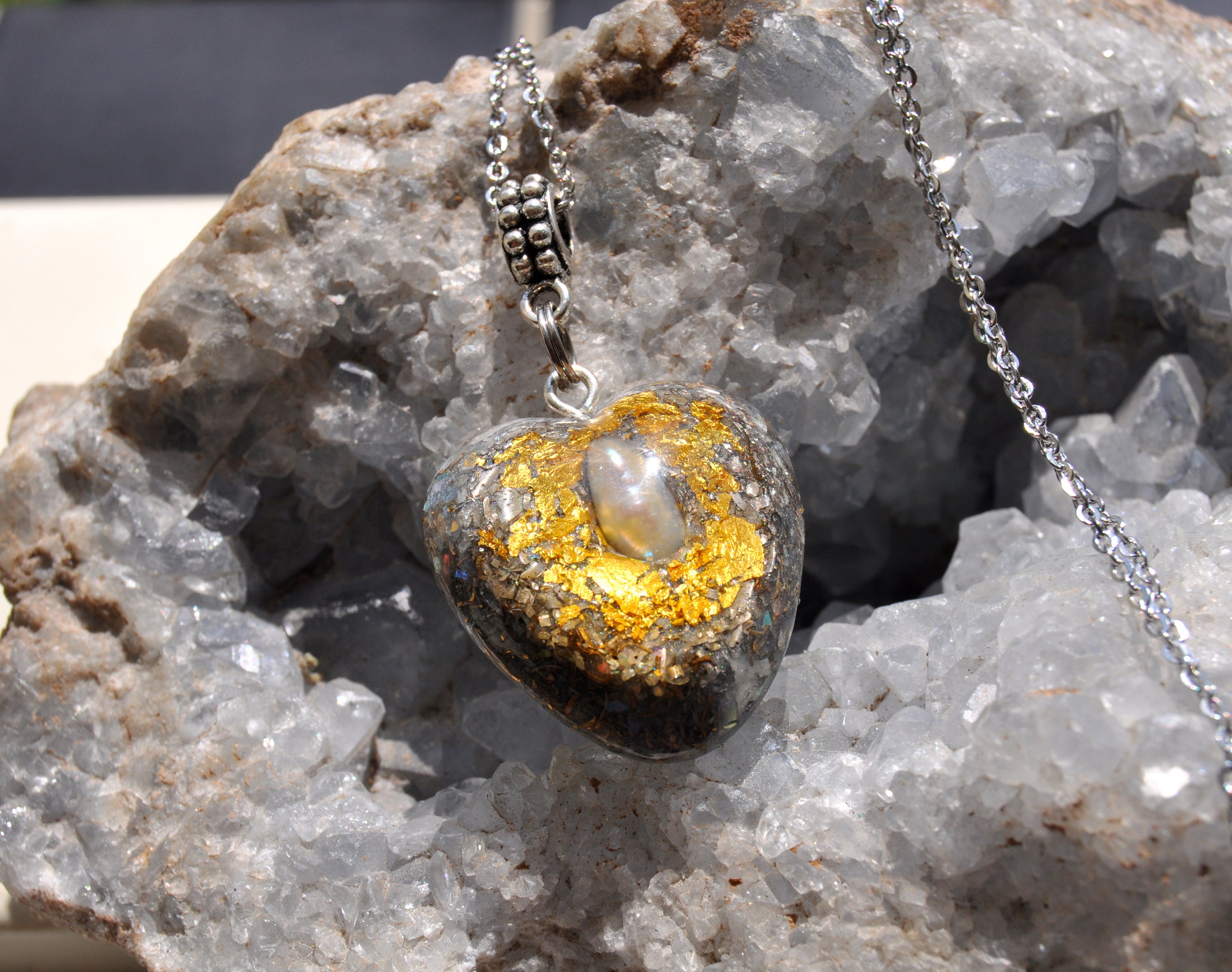 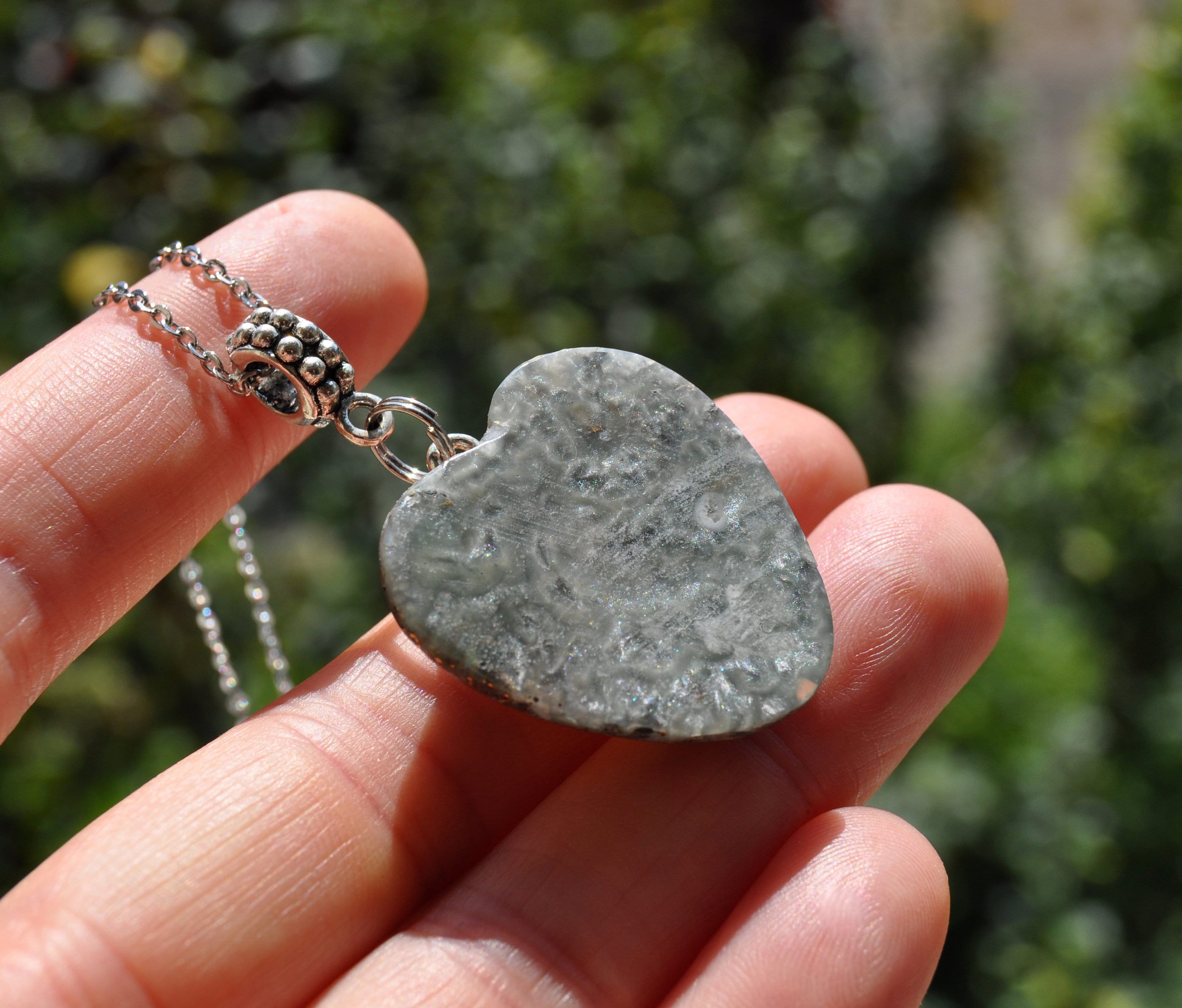 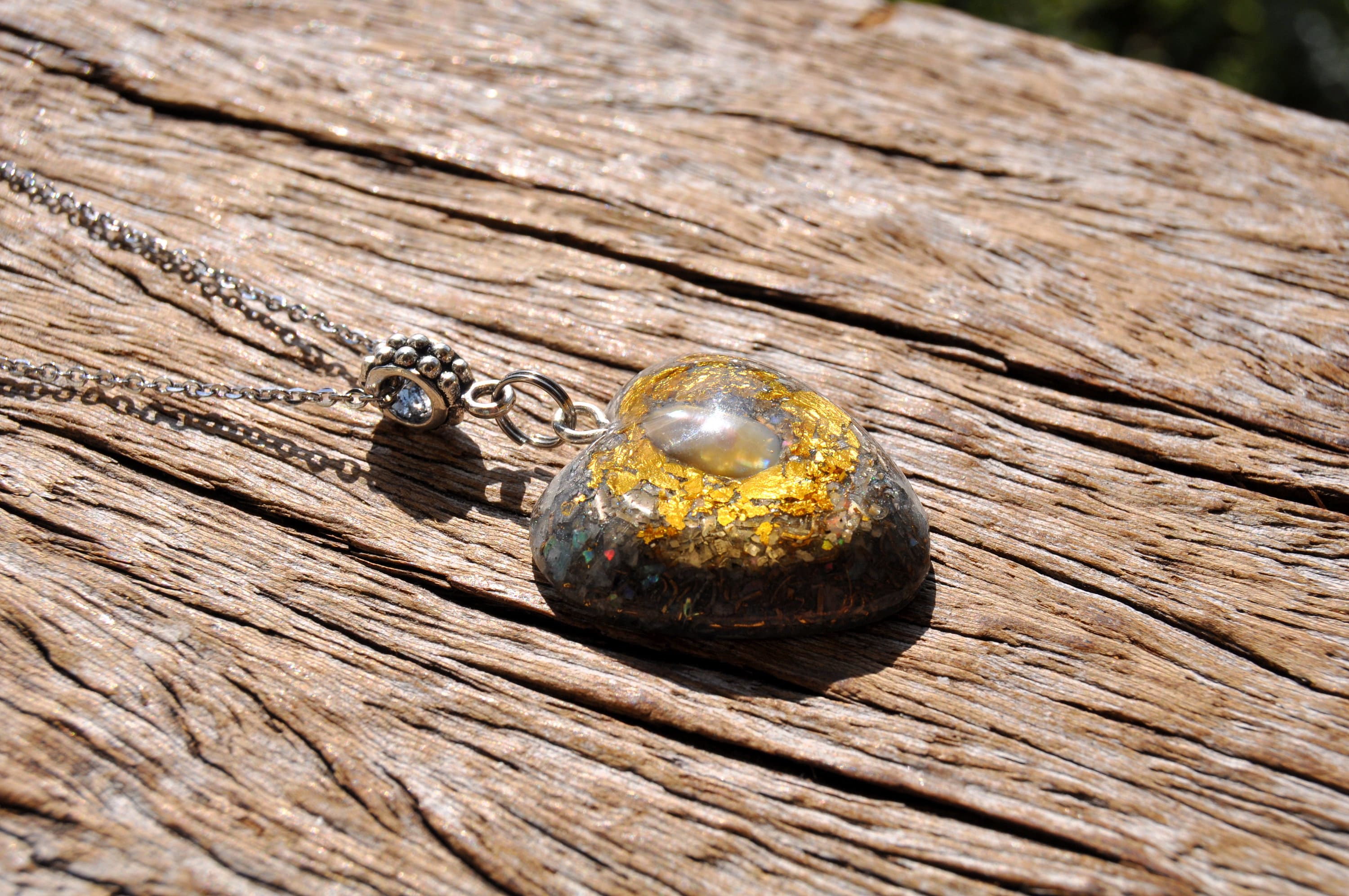 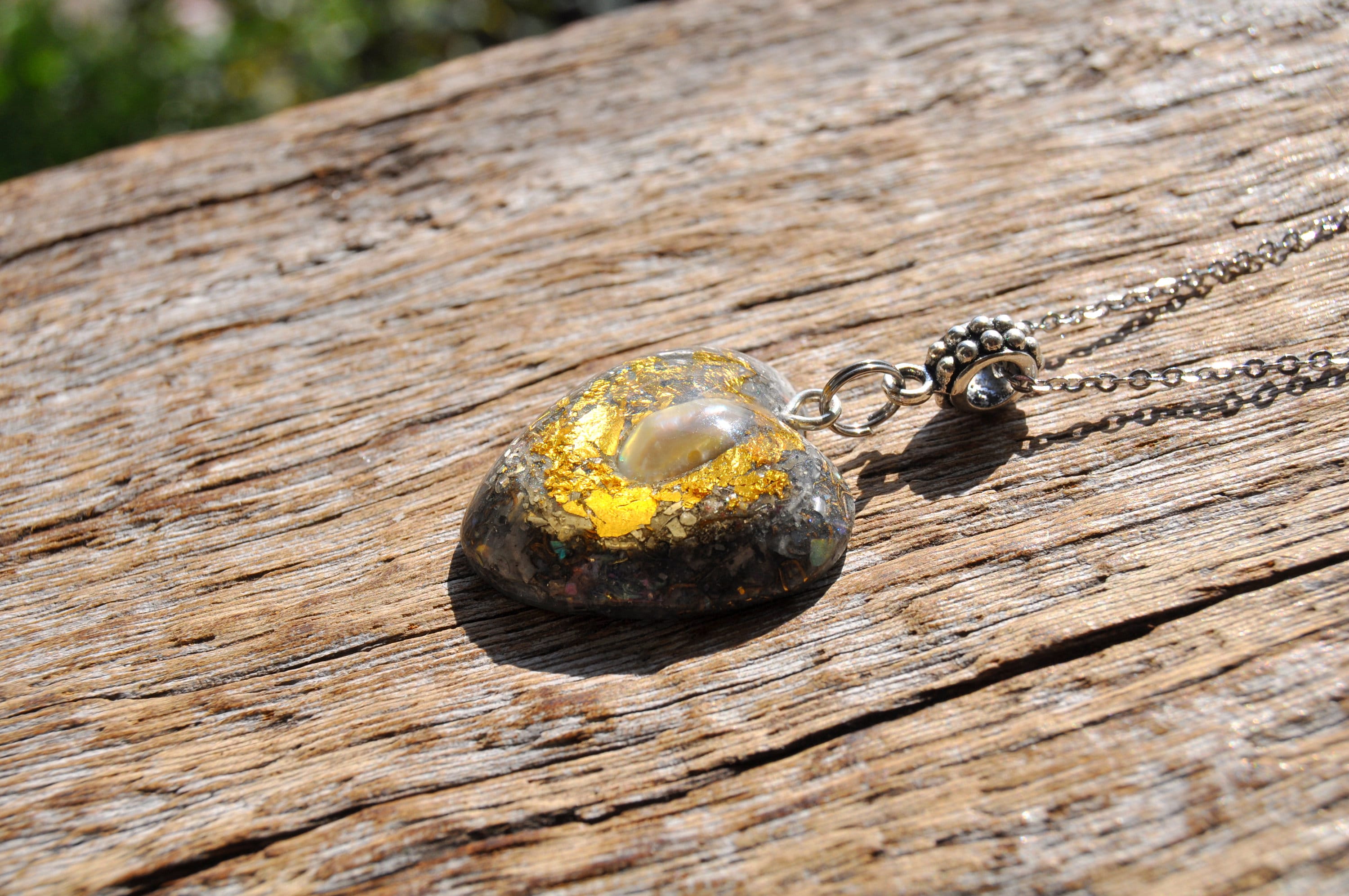 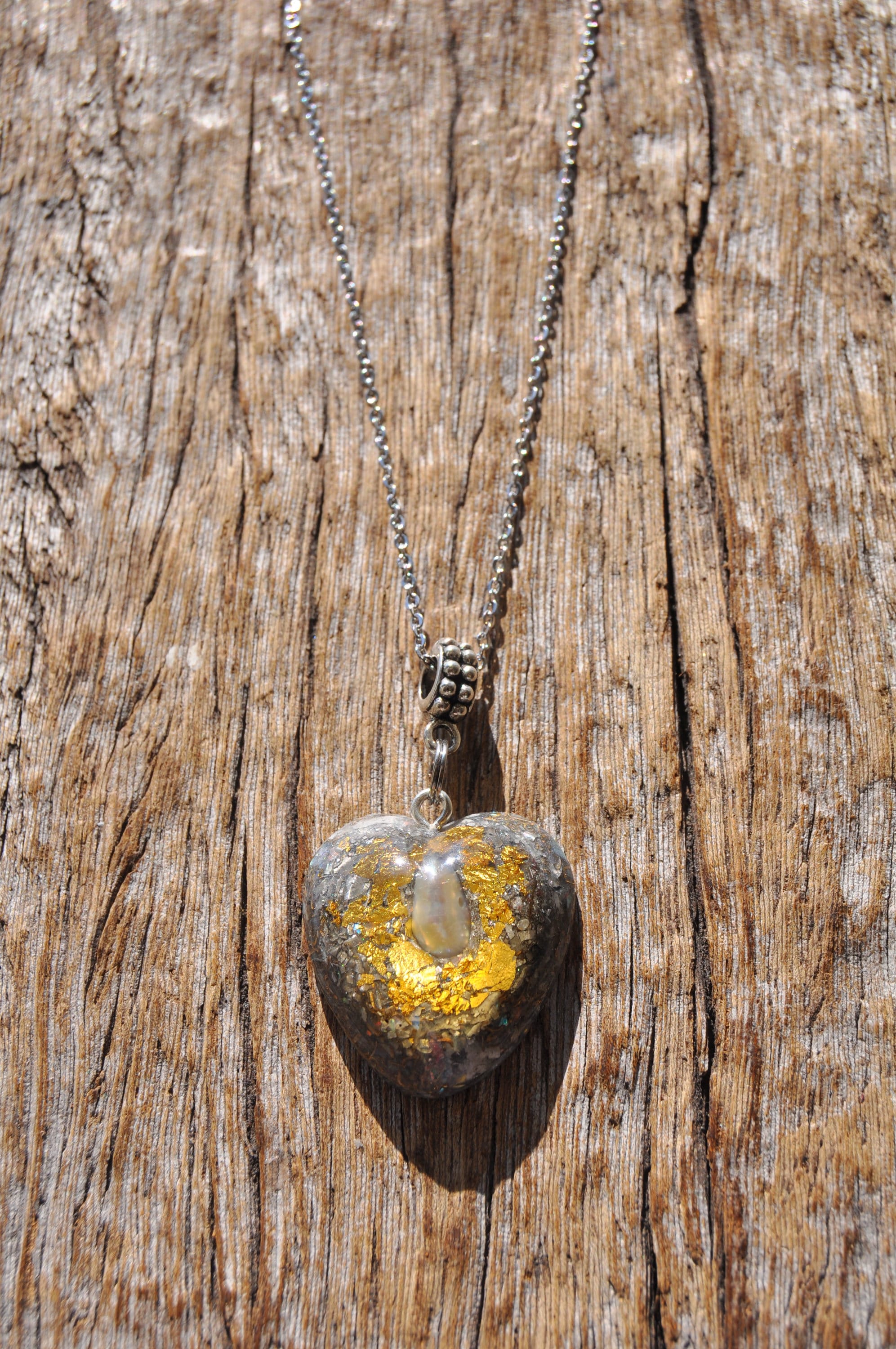 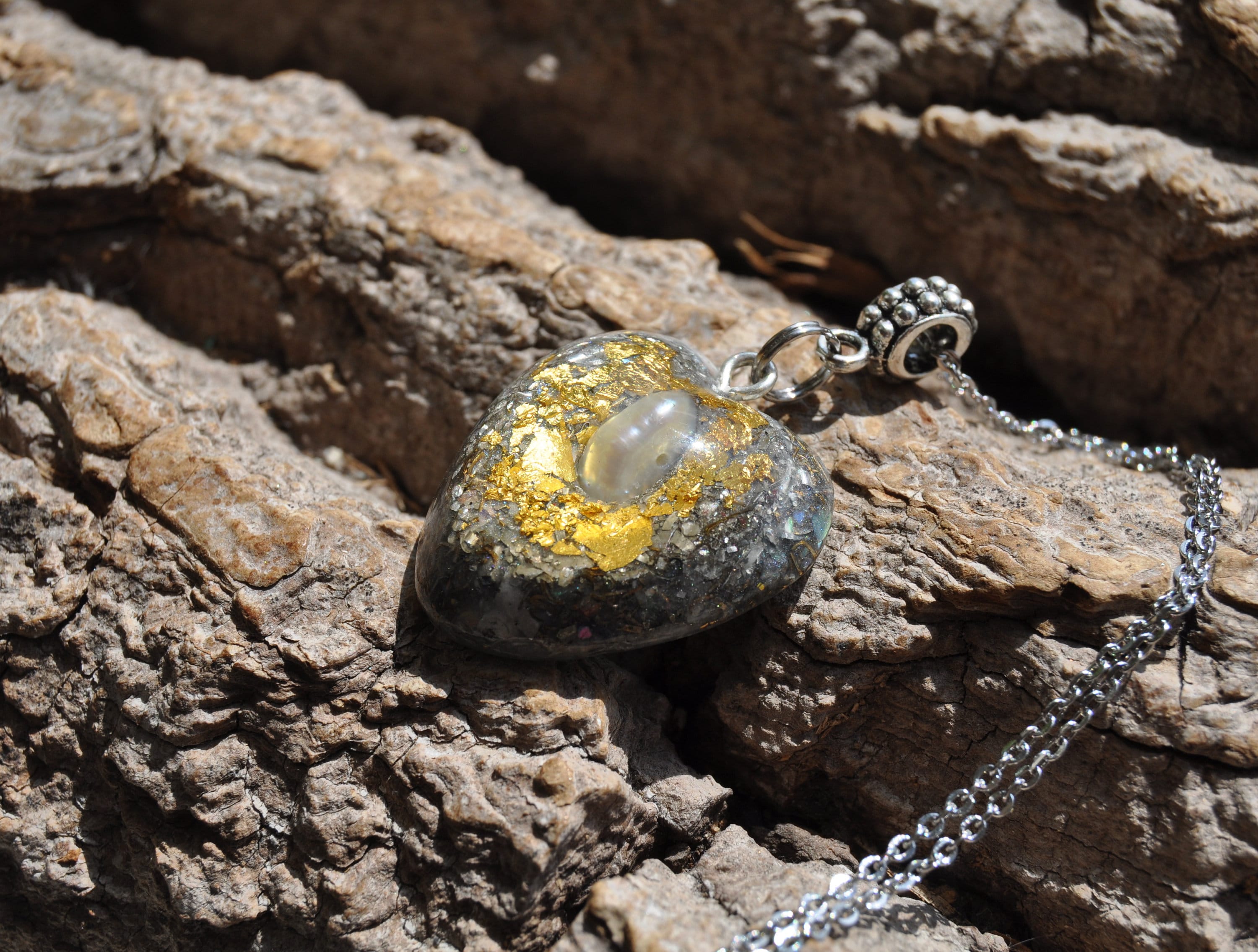 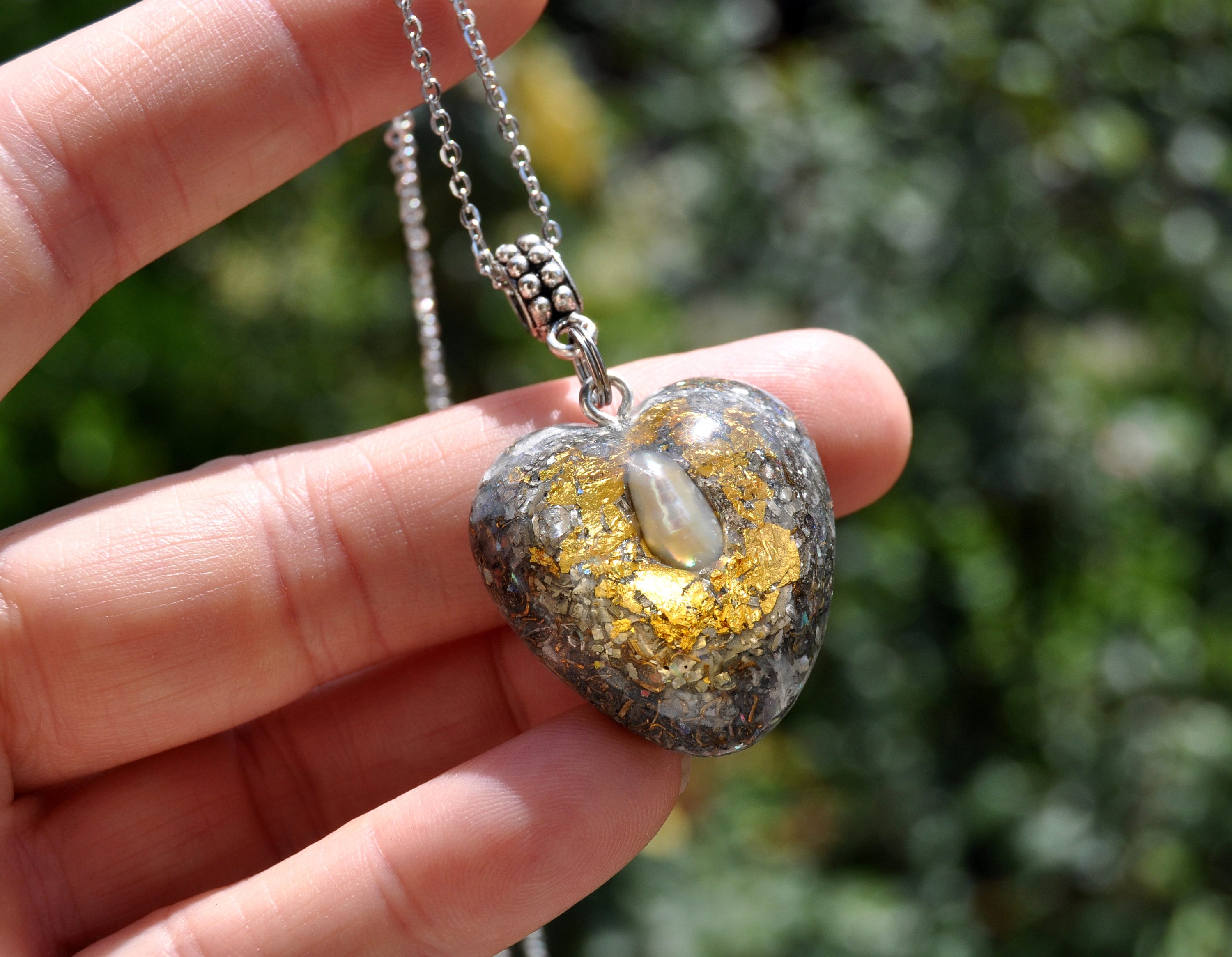 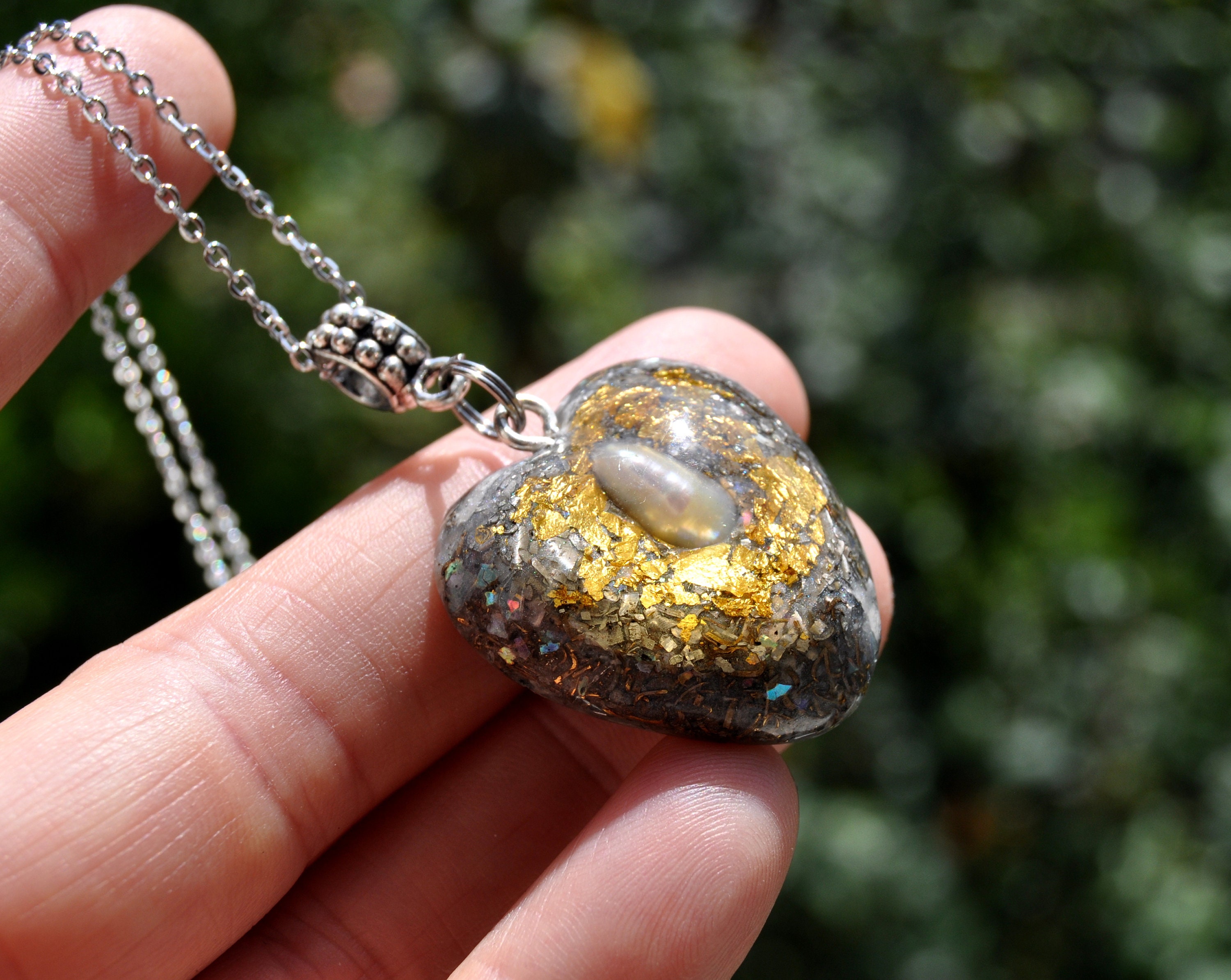 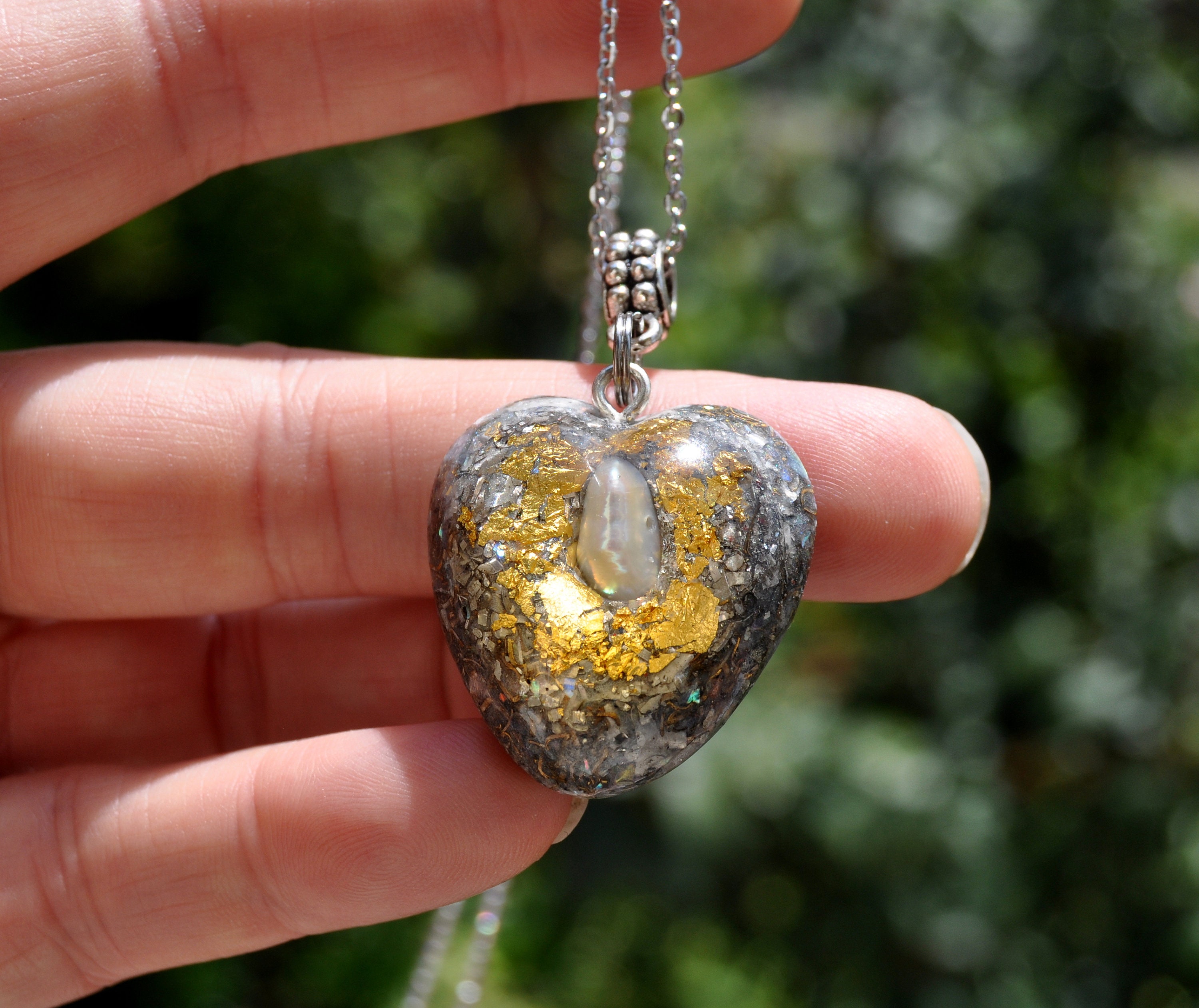 This lovely heart shaped Orgonite® pendant contains various metal shavings, one freshwater Pearl in the front which is surrounded with 24k leaf Gold , clear quartz and Selenite all within a durable resin setting.
It is based on 50/50 ratio (50% metal/50% resin) which is required for the orgonite to properly clean stagnant energy according to Wilhelm Reichs research.

Pearl is the result of layer upon layer of substance produced to combat irritation. It is very nurturing. If used properly, it may lessen stress and its resulting maladies: hypertension, headaches, and exhaustion. May help to prevent heart attacks and strokes. Can also an assist in digestion and may reduce the chance of developing ulcers.

It comes on a 45 cm / 18 inches stainless necklace with lobster clasp closing.