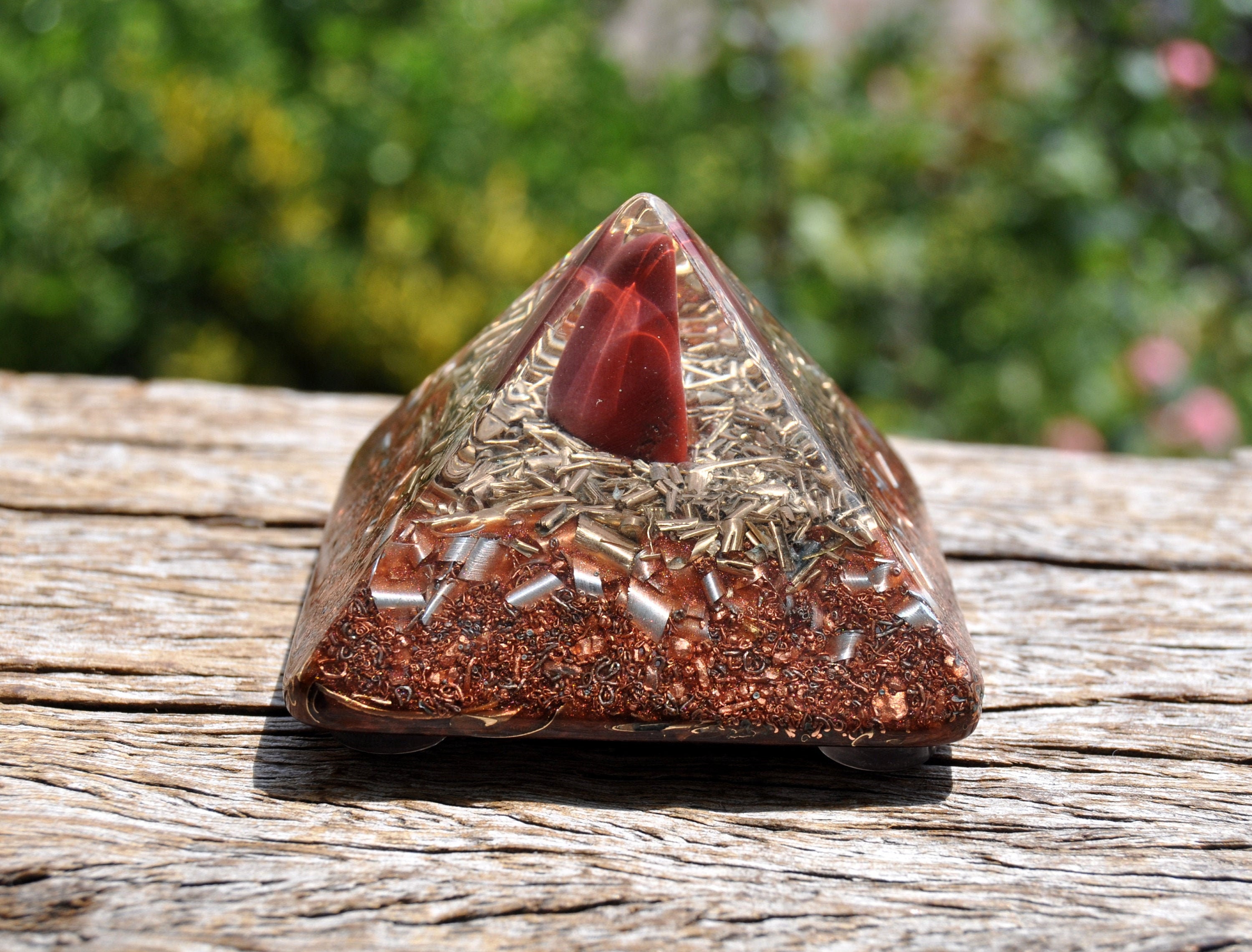 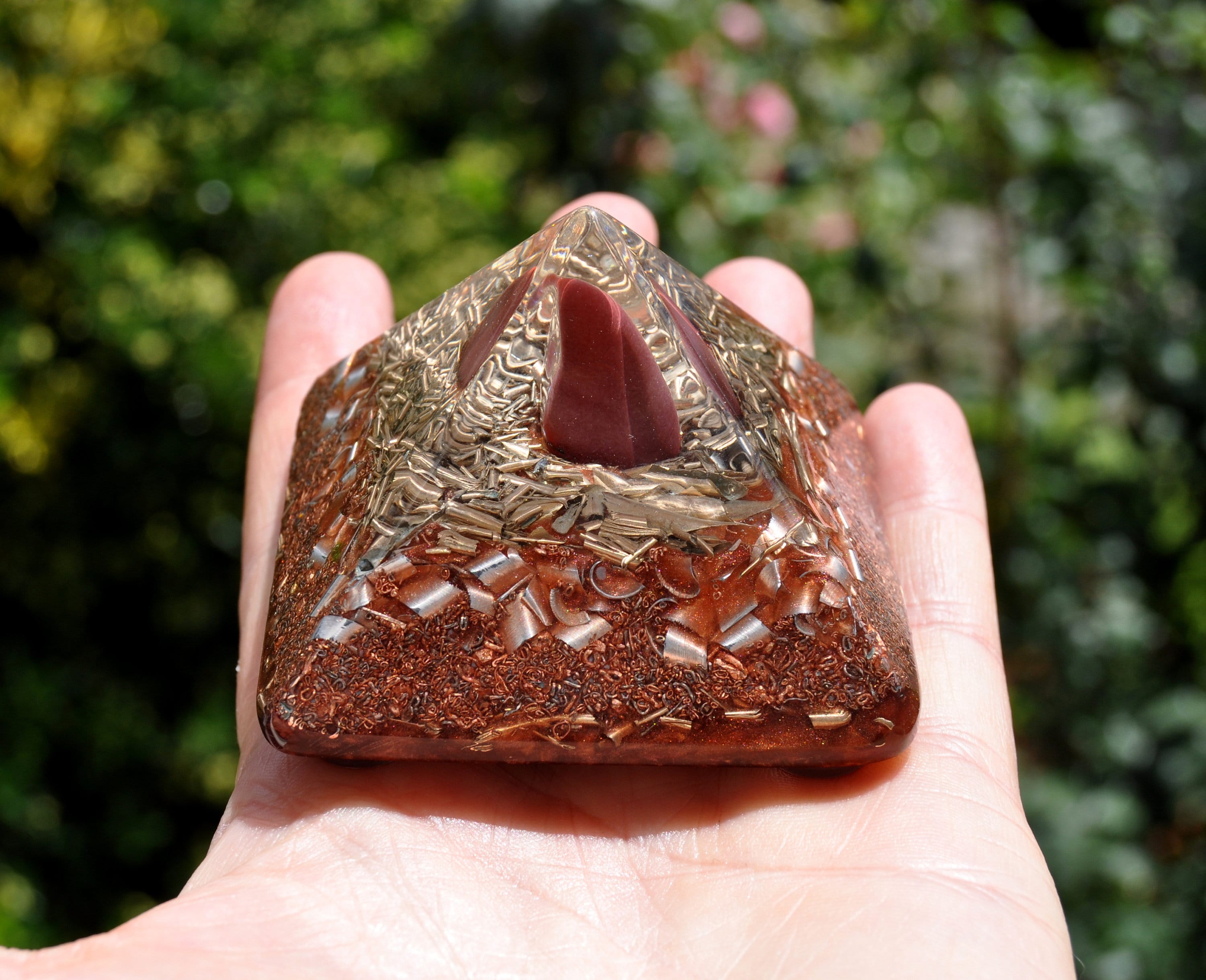 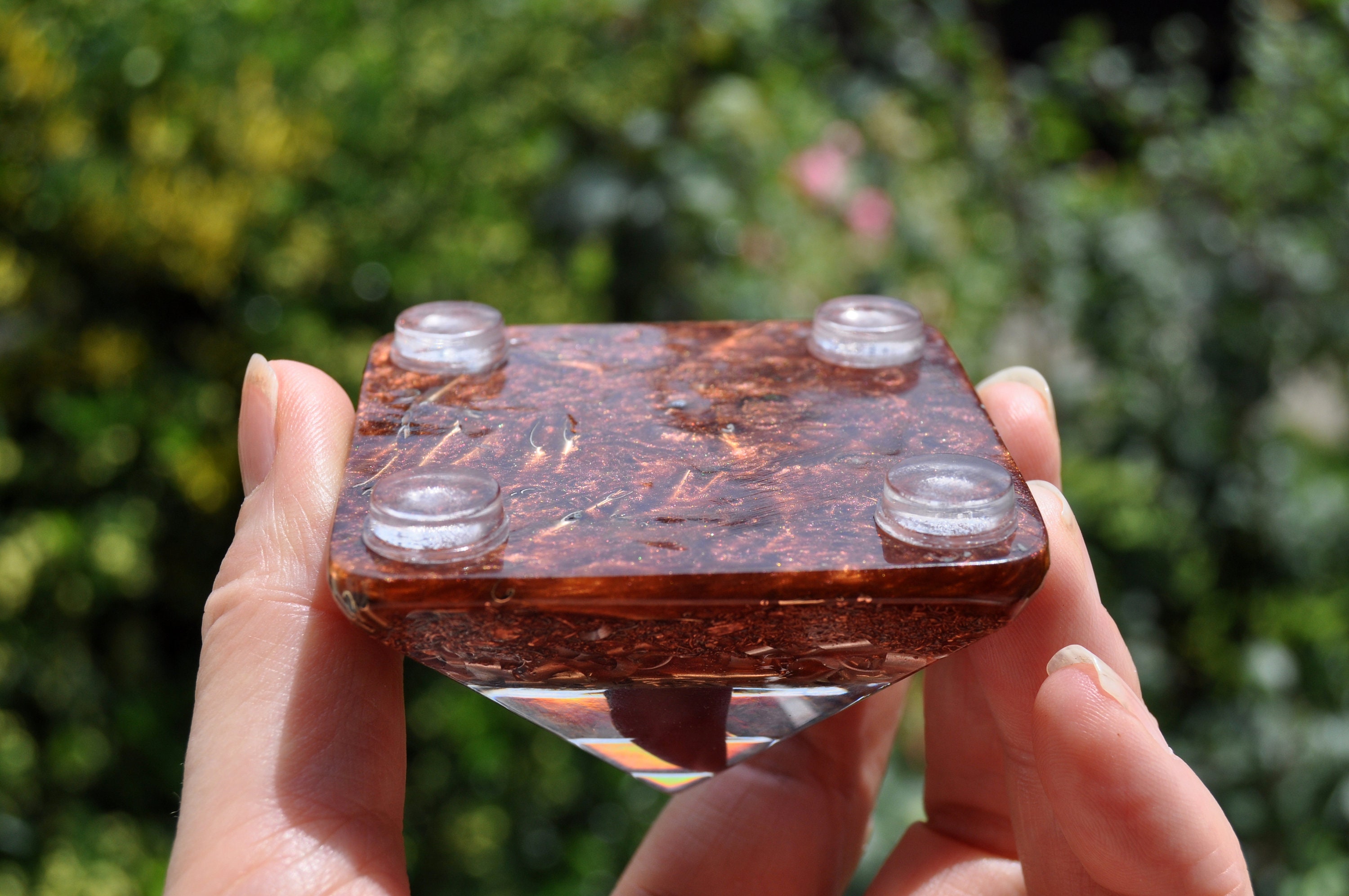 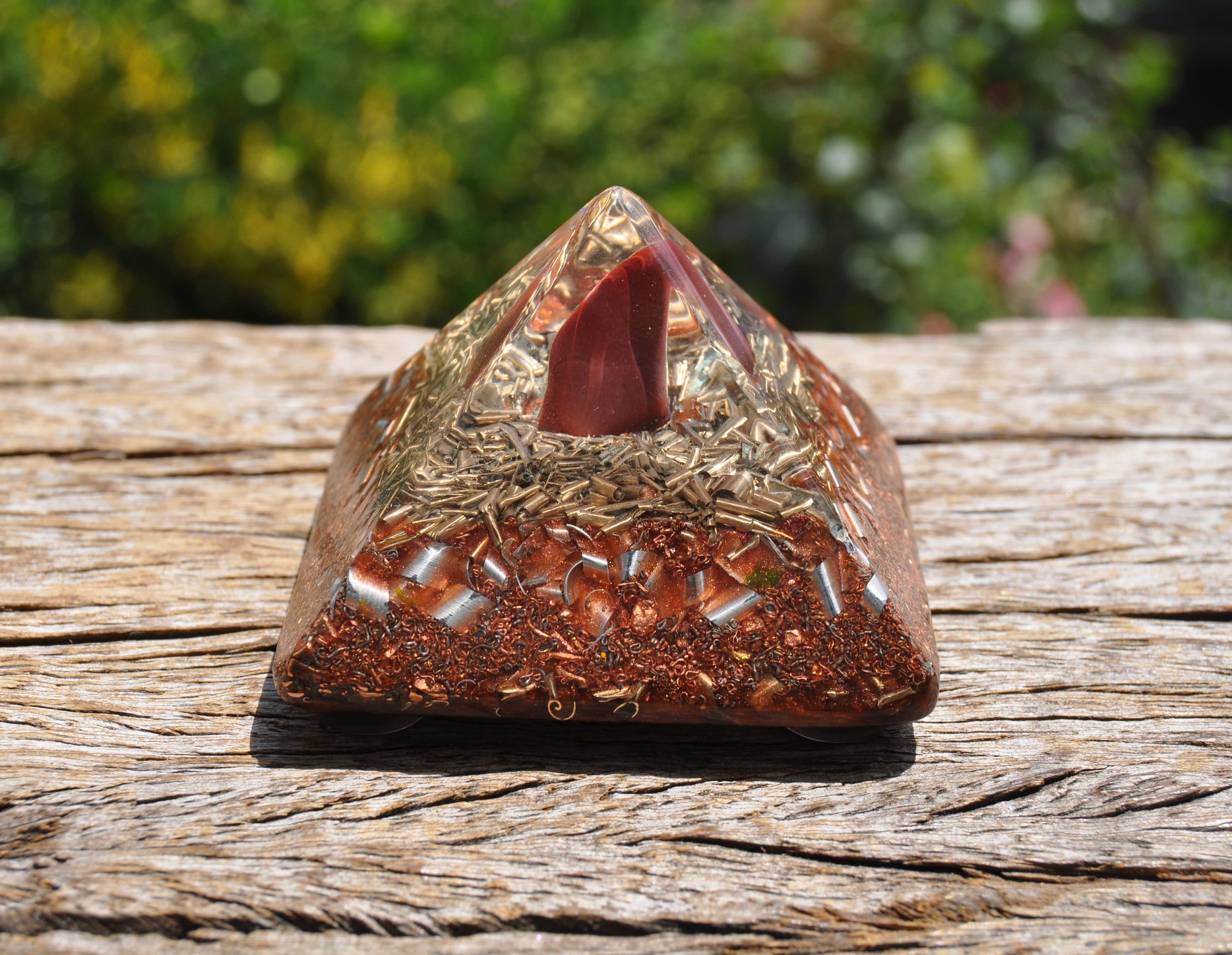 This is a unique Orgonite® pyramid with the original shape of the actual Giza pyramid in Egypt. It has one polished Mookaiet Jasper in the top.

It is made out of durable organic resin (so not epoxy resin which doesnt shrink) to ensure optimal shrinkage and pressure on the quartz to create the most piezo electric effect.

This is a beautiful piece of orgonite - worth every penny. The shipping was fast and the packaging was great with some nice touches and even came with a free gift. Fantastic seller and wonderful product.