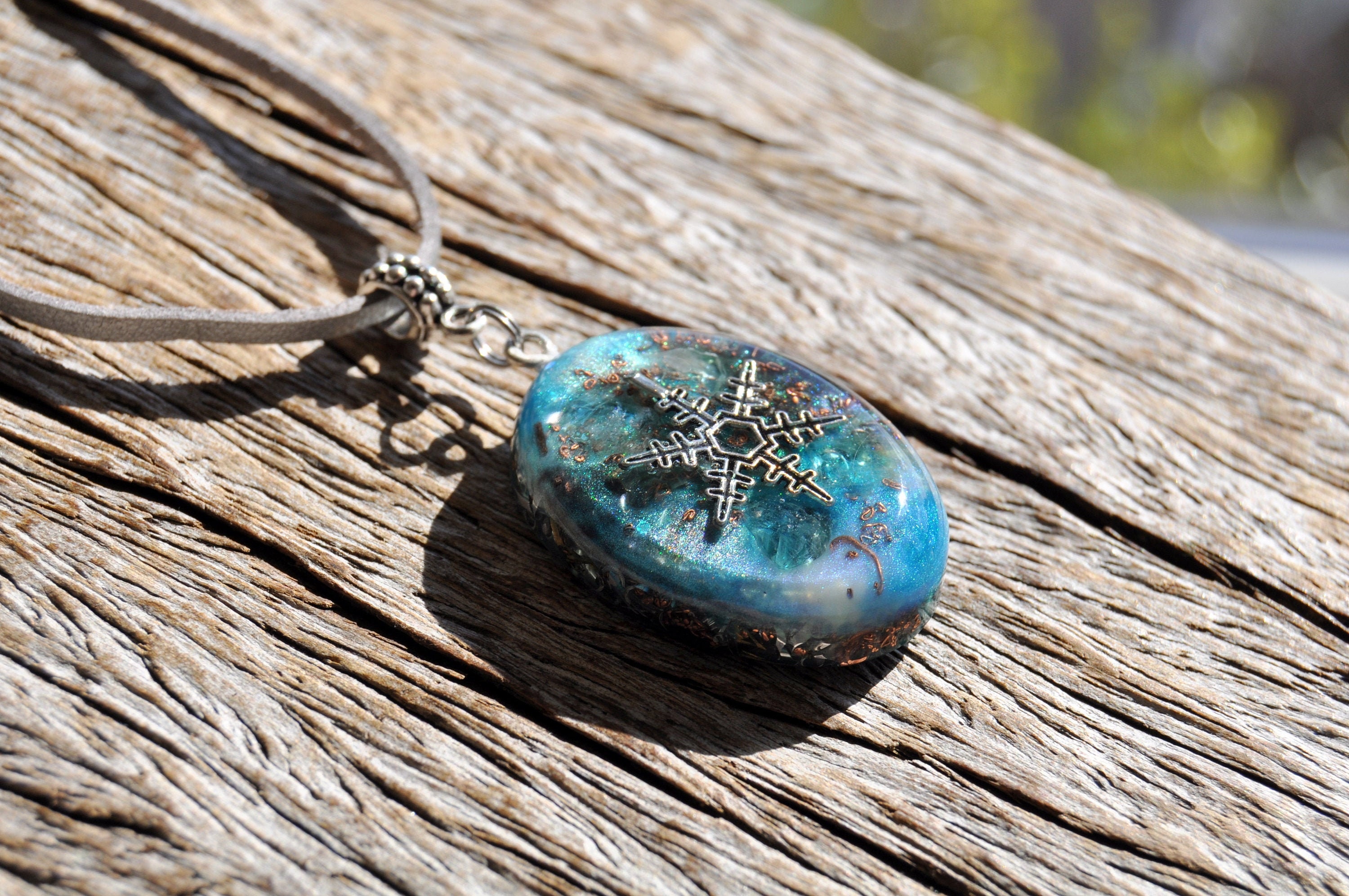 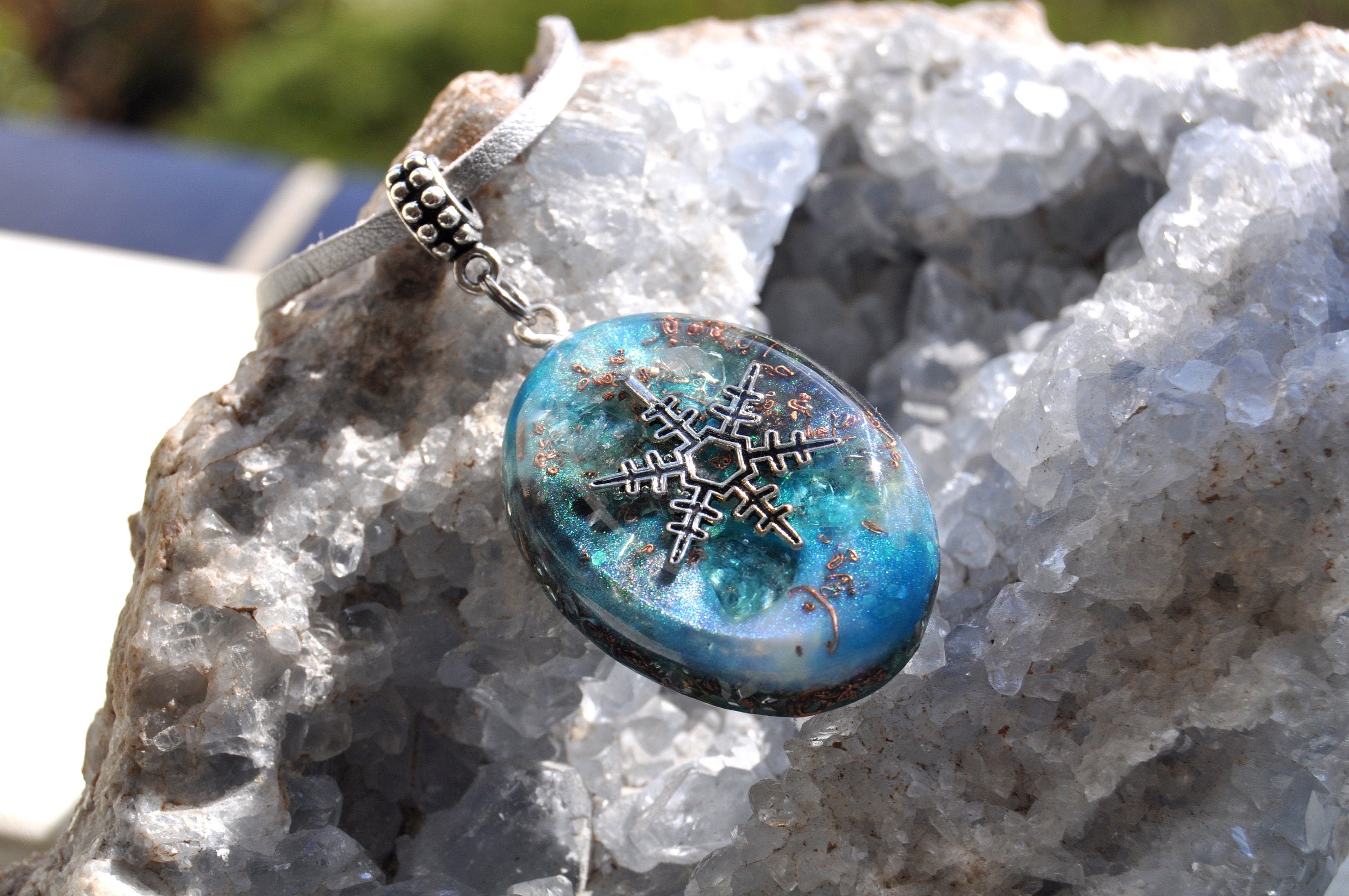 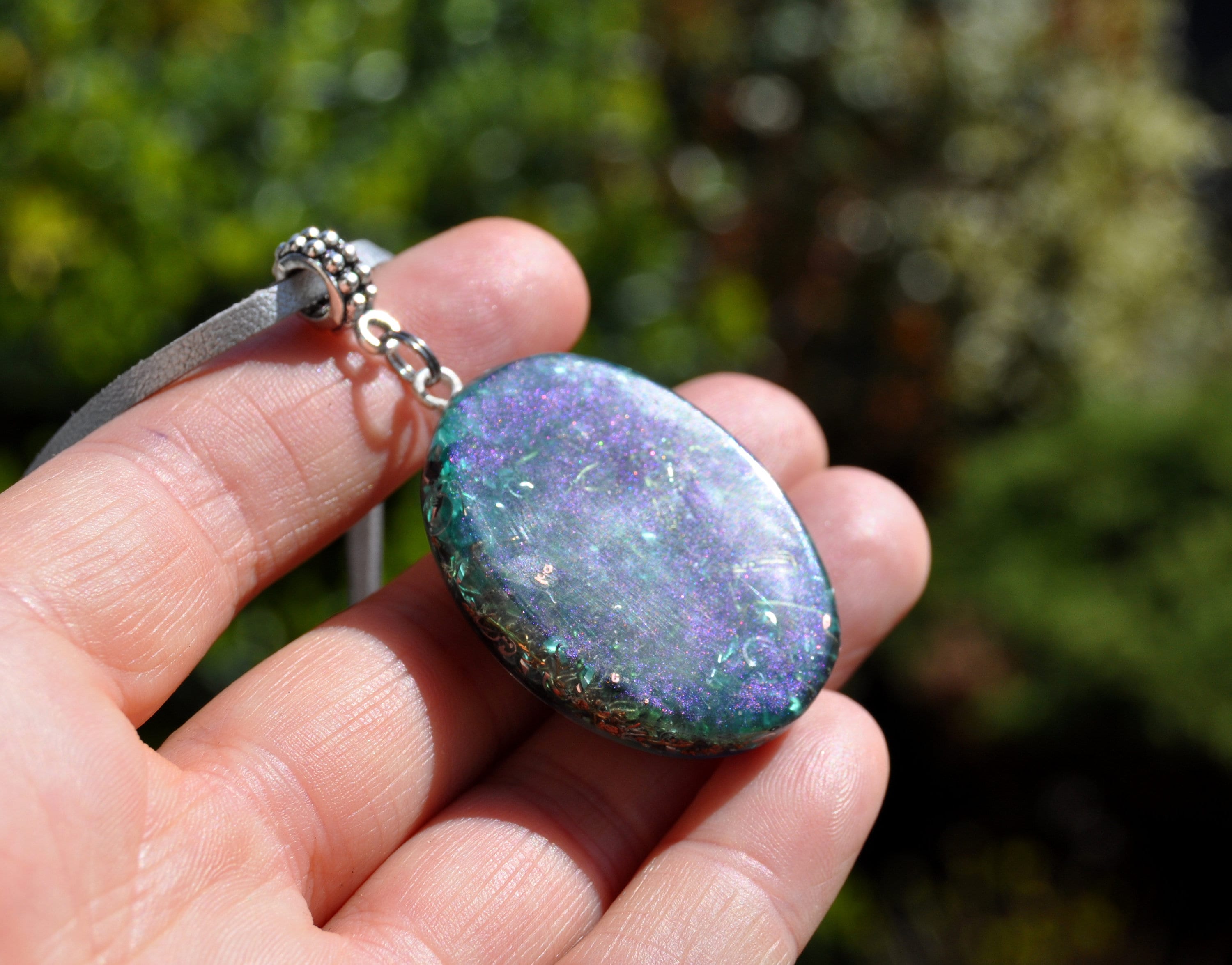 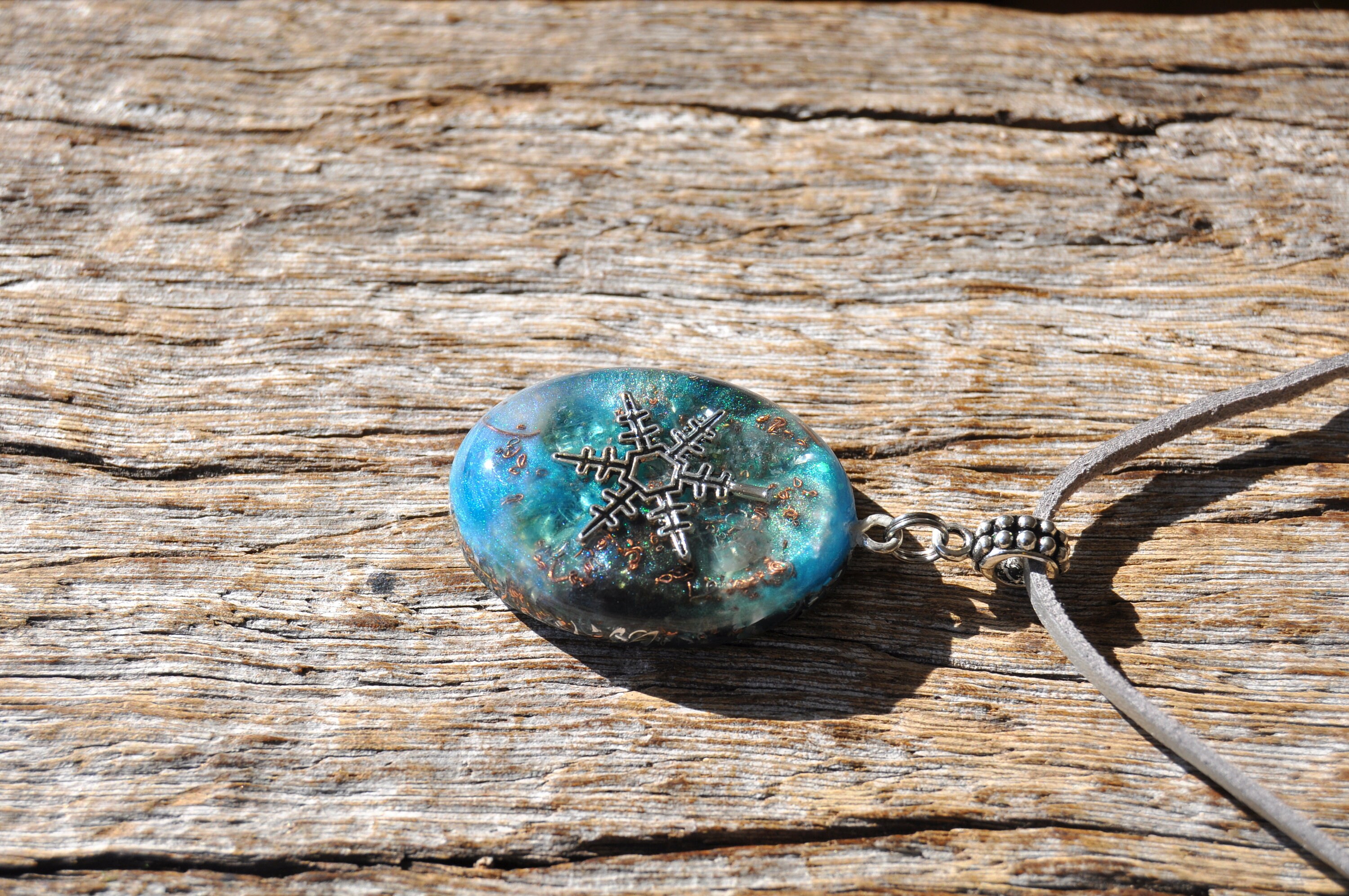 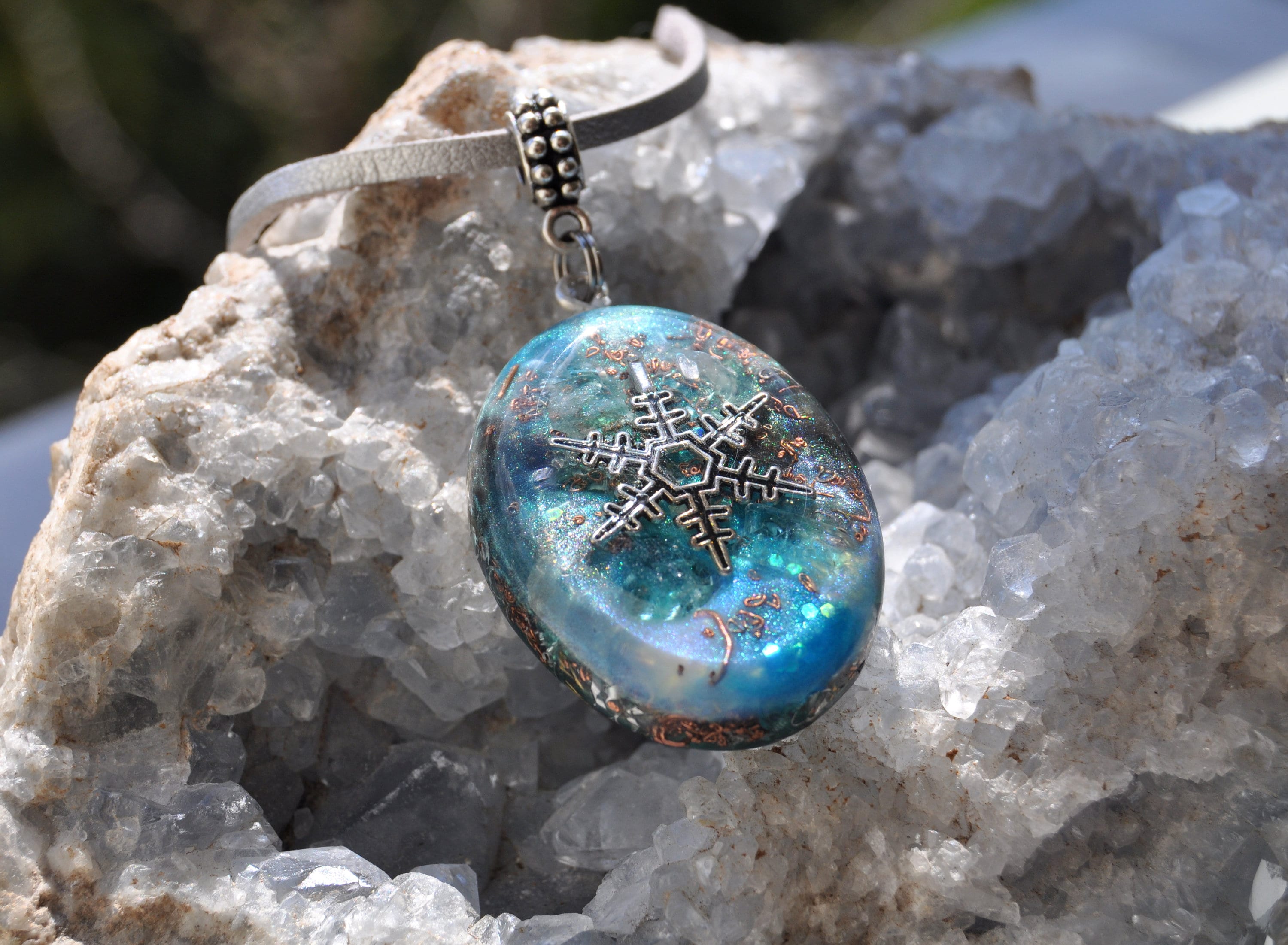 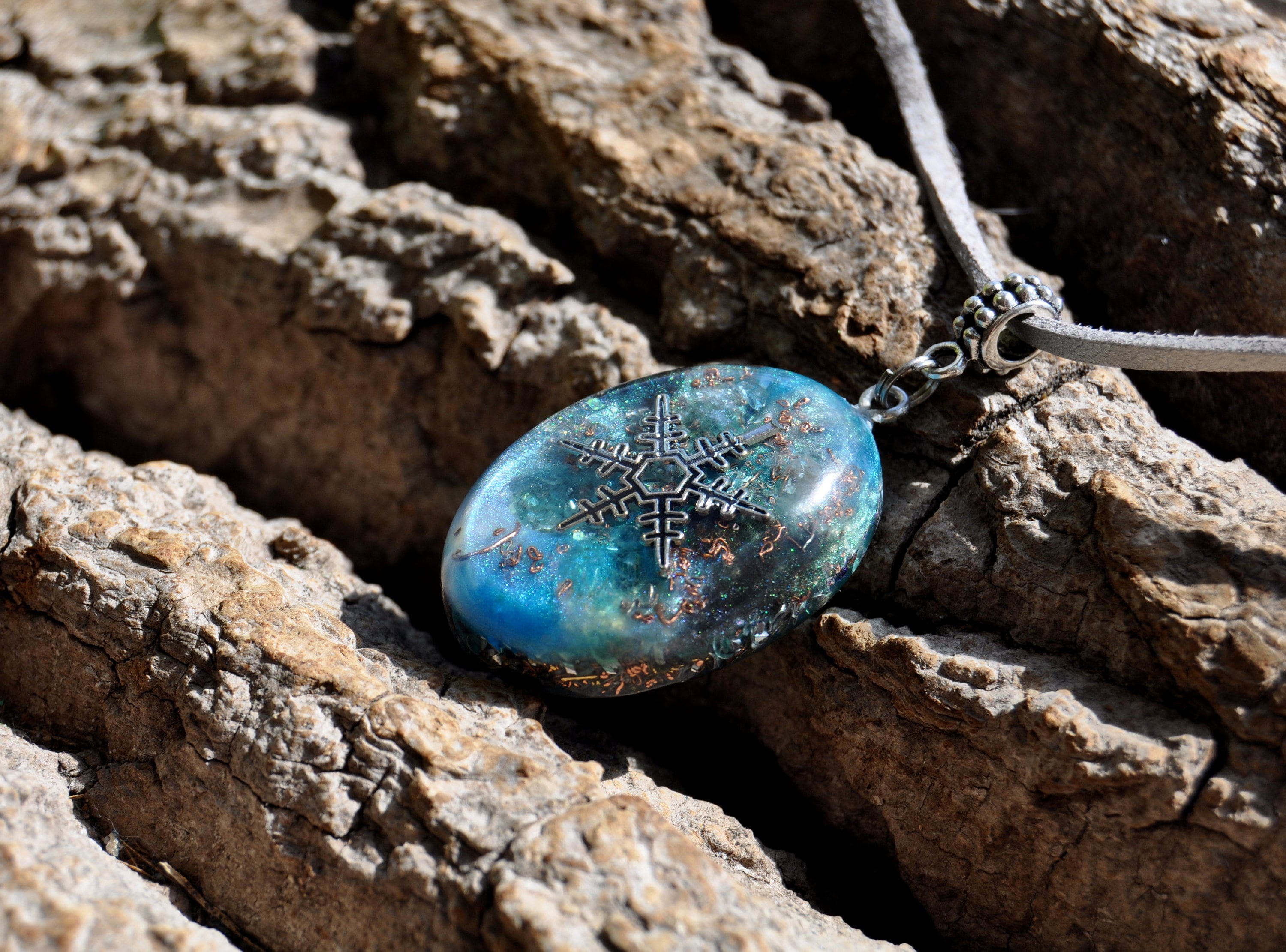 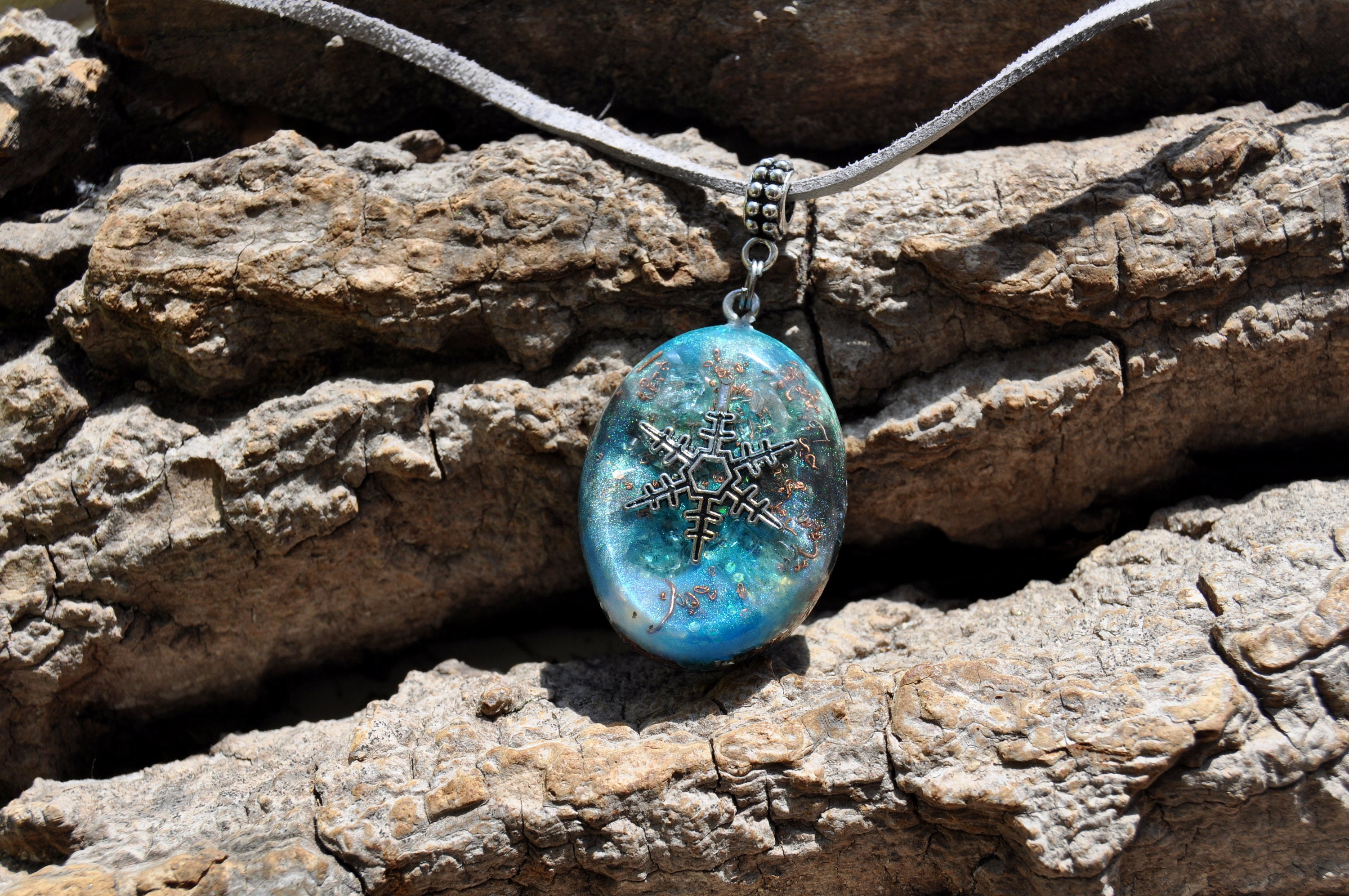 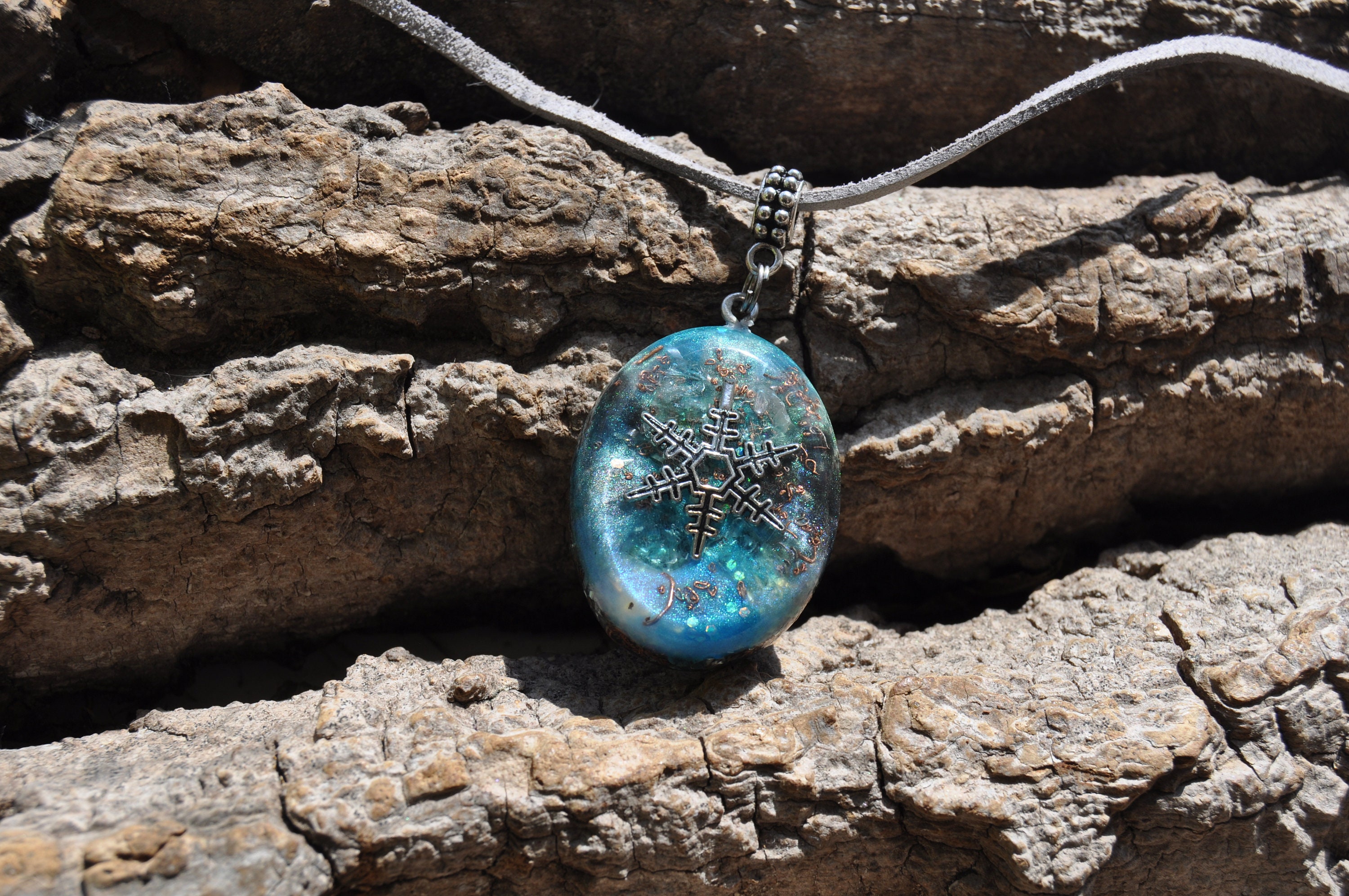 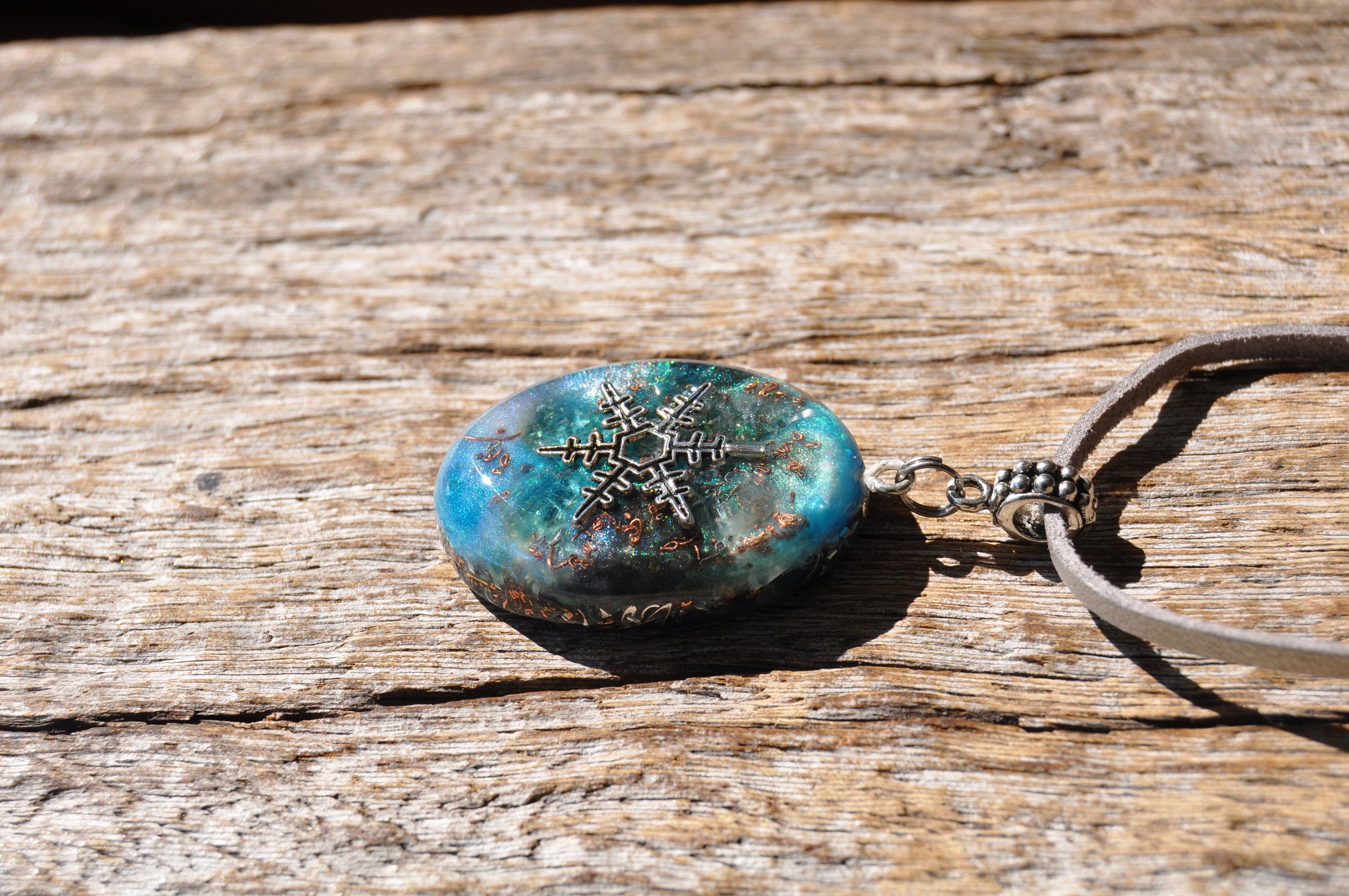 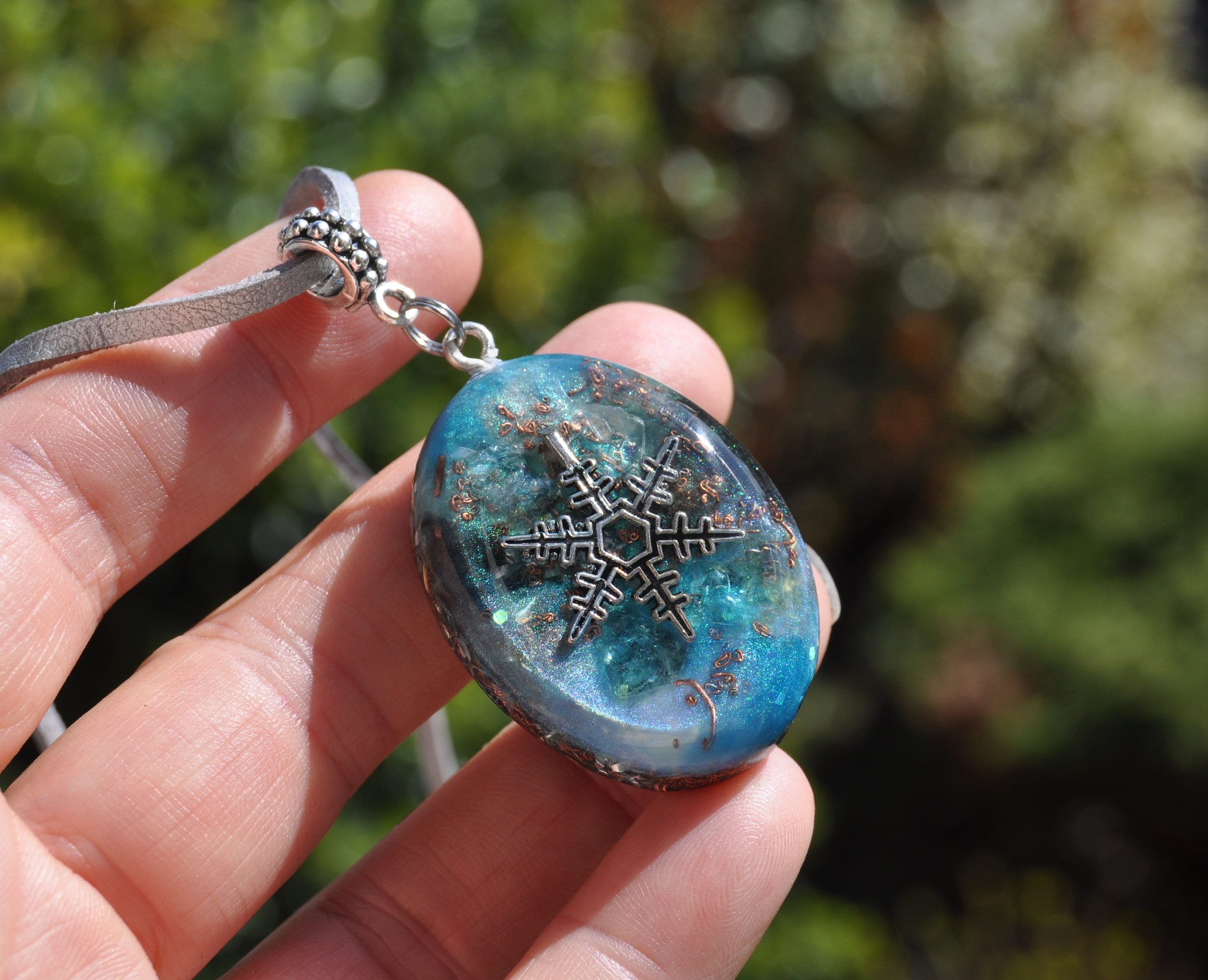 This unique Orgonite® pendant contains aluminium,bronze, brass and copper shavings. The main stone is natural raw blue Tourmaline Crystals (four pieces) which you can see in the front around the symbol. . It furthermore consists of Rhodizite (to amplify the other crystals), Pyrite (to enhance), Elite Shungite (protection), black Tourmaline (to ground excess energy and for protection), Selenite (to clean and charge the other crystals) and clear quartz (for piezo electric effect) in a durable resin setting.

Because it is a one of a kind hand-crafted one, it may have slight artistic imperfections.
It comes on an adjustable faux leather suede (vegan) cord.