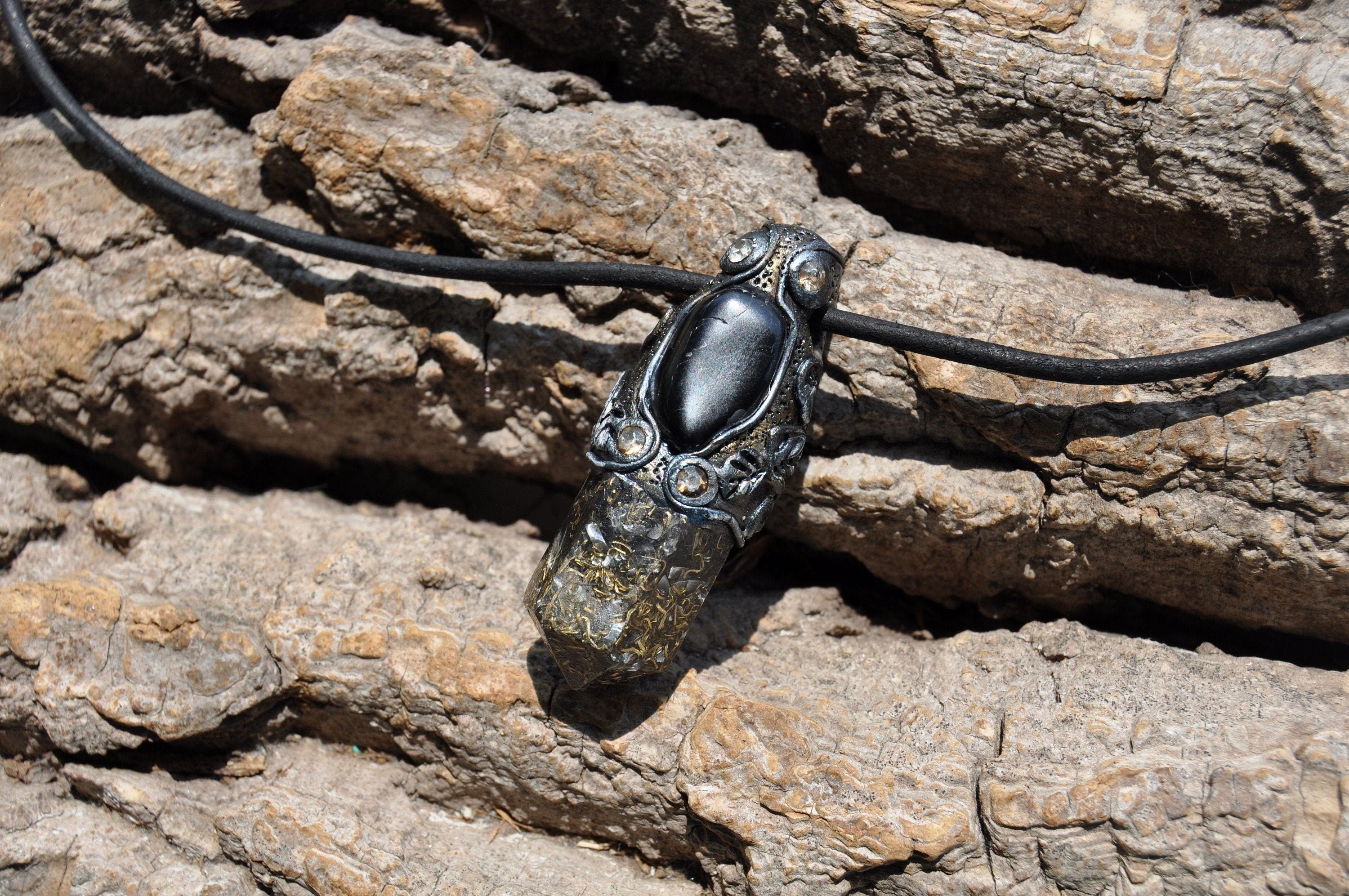 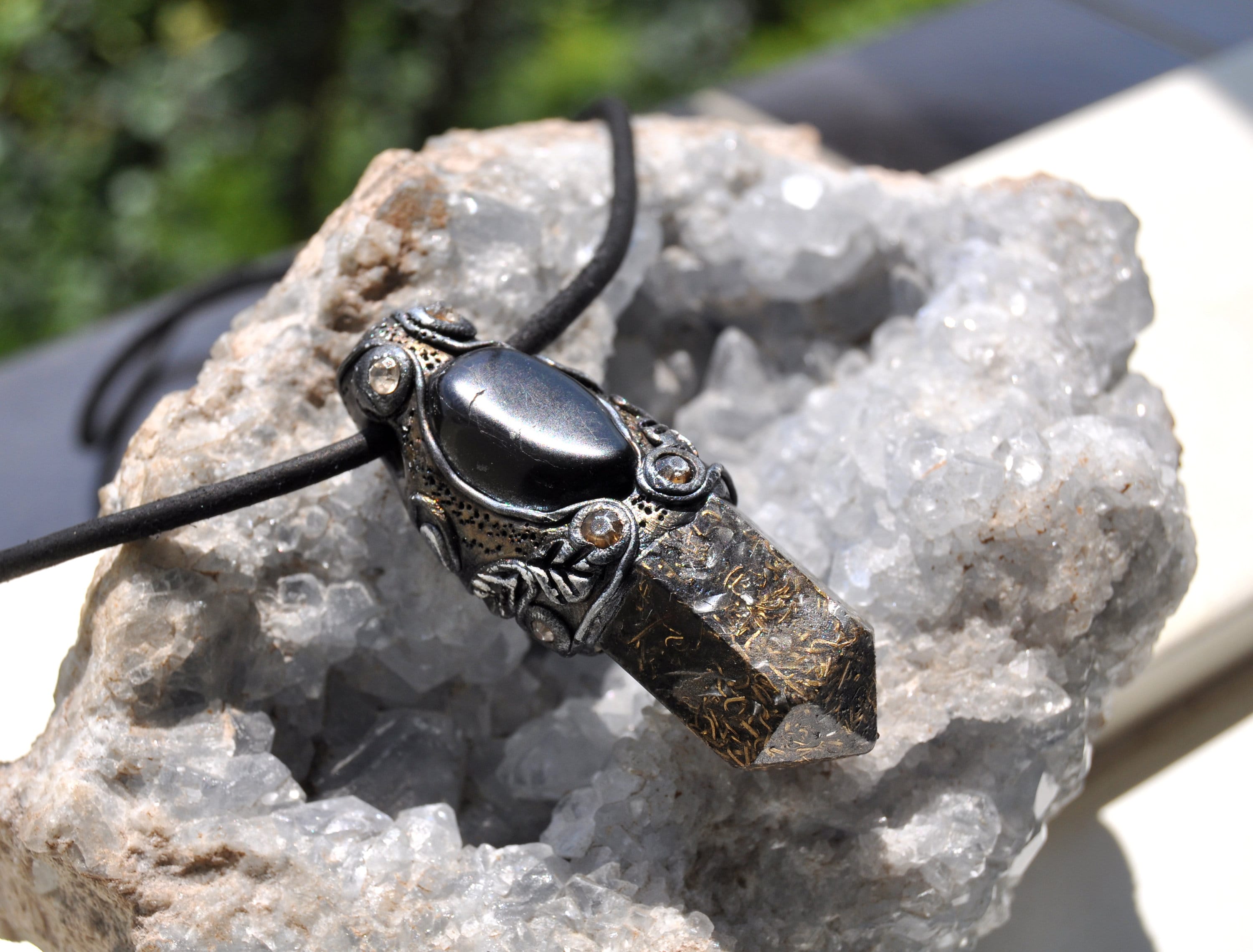 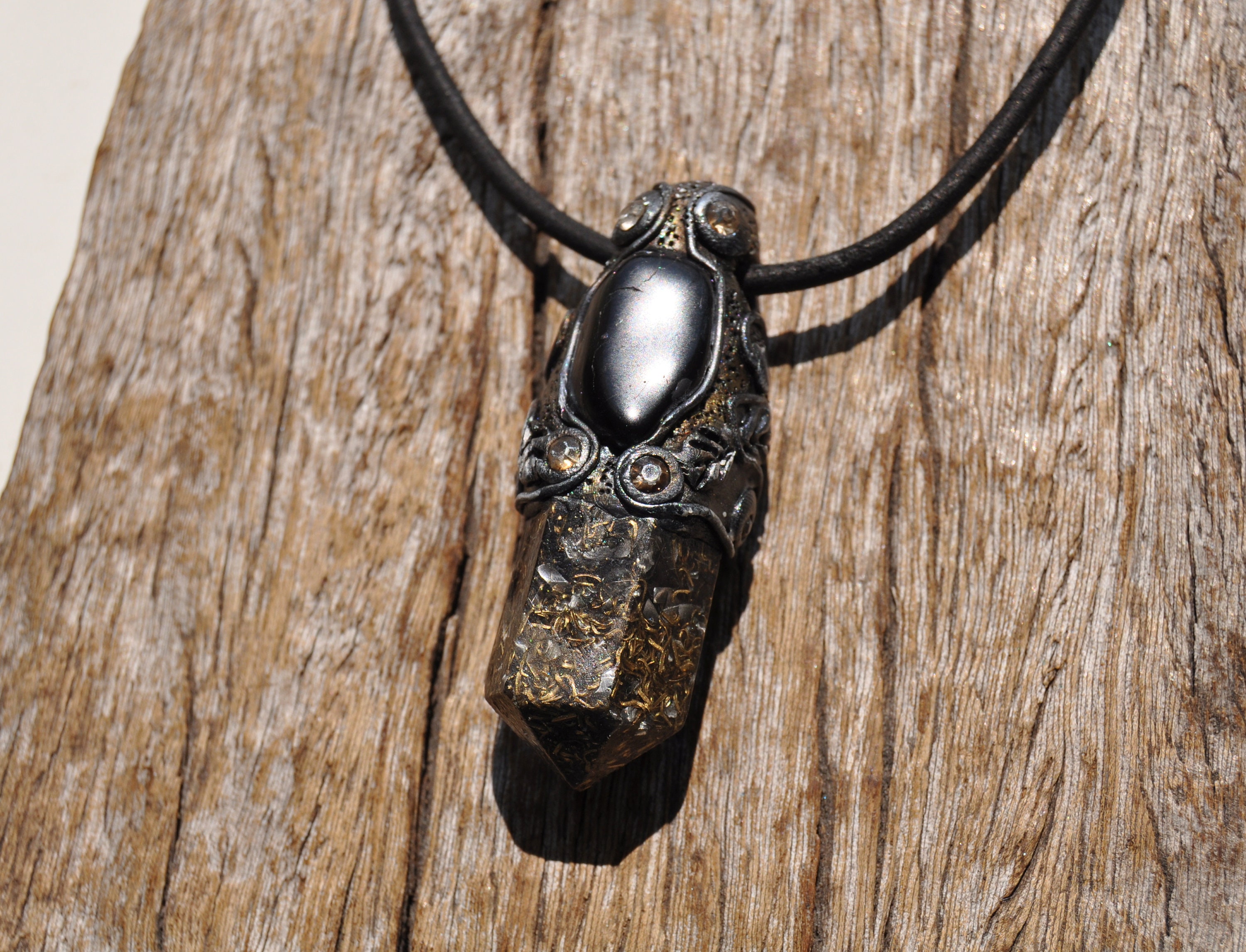 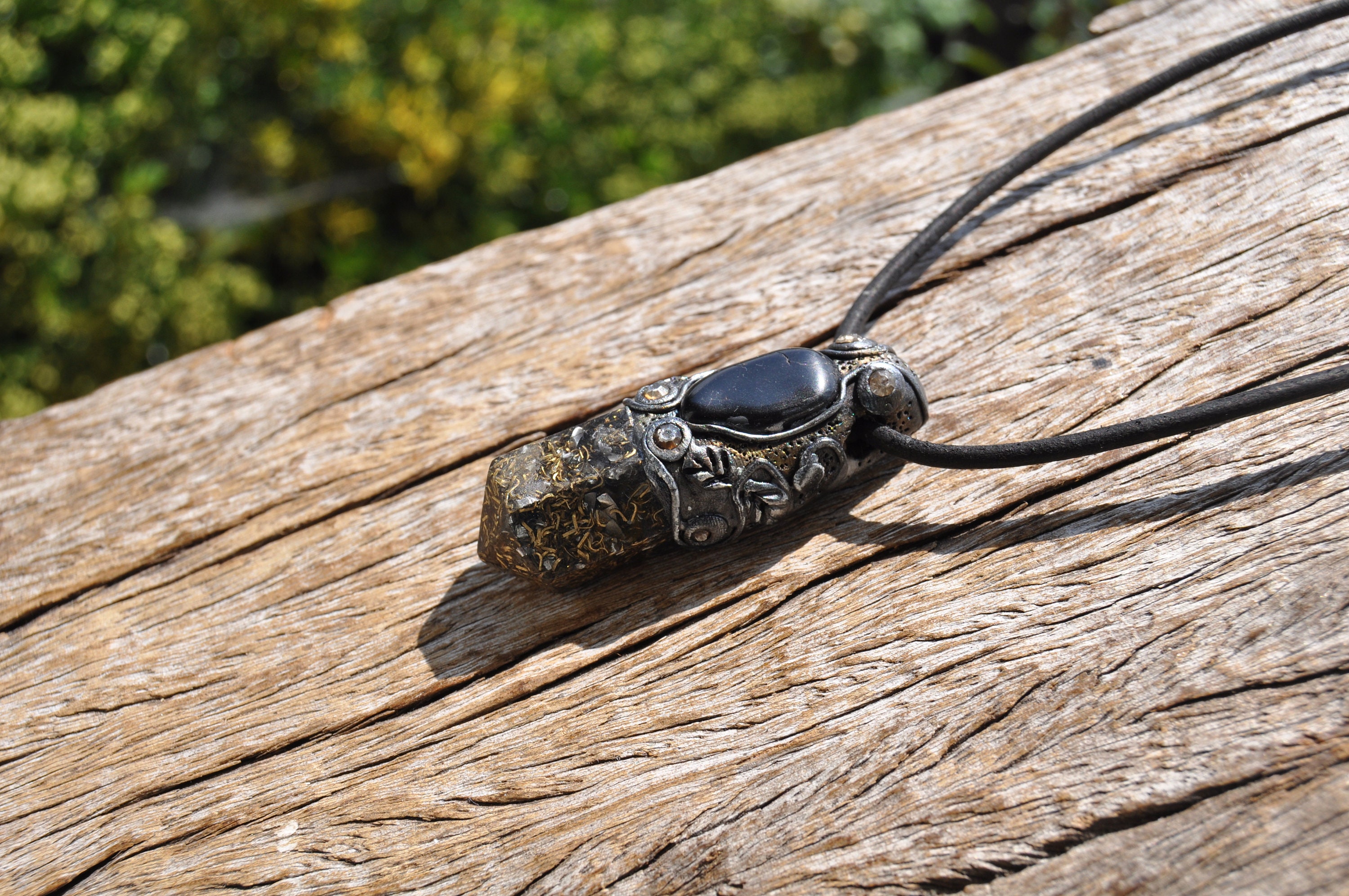 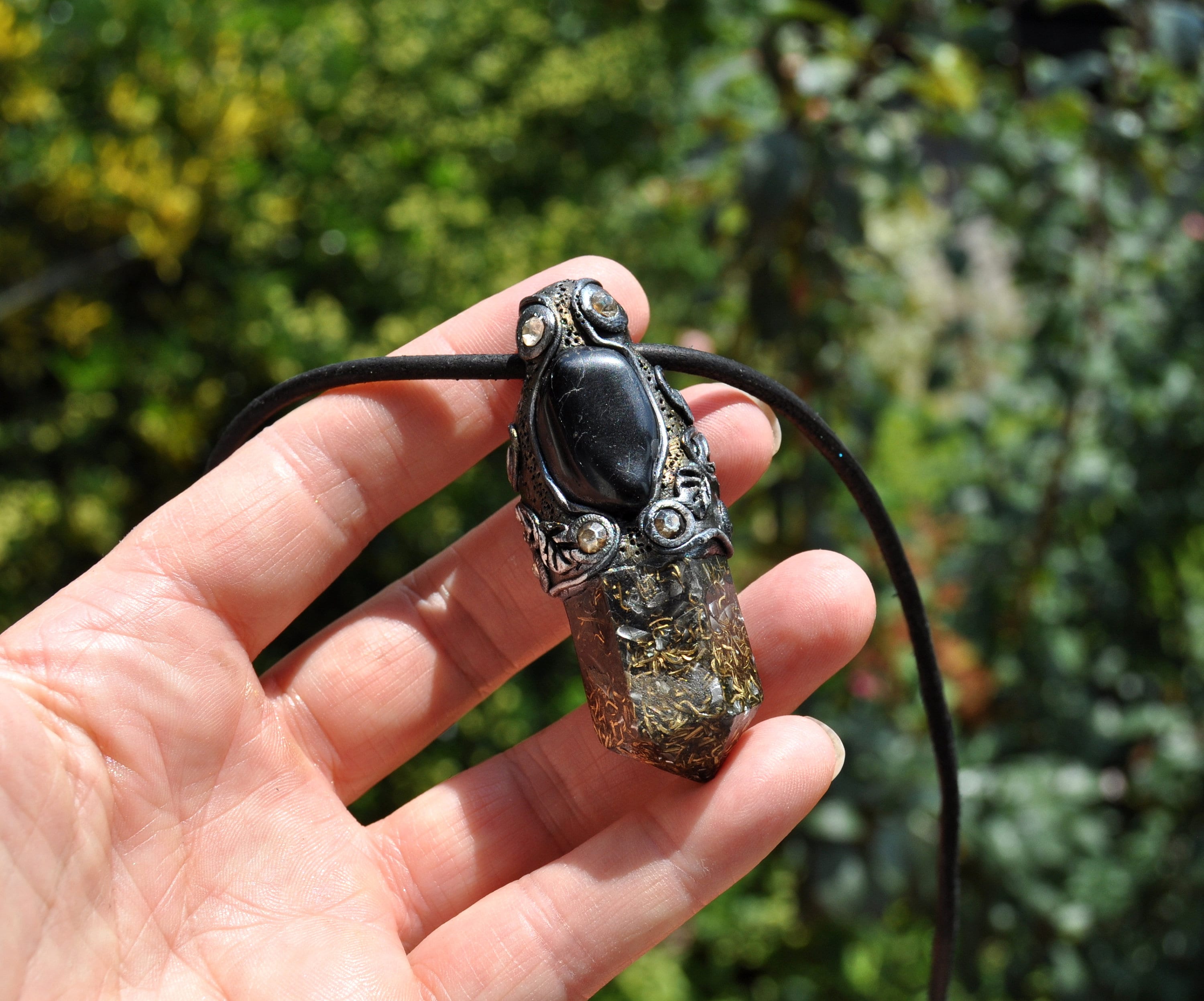 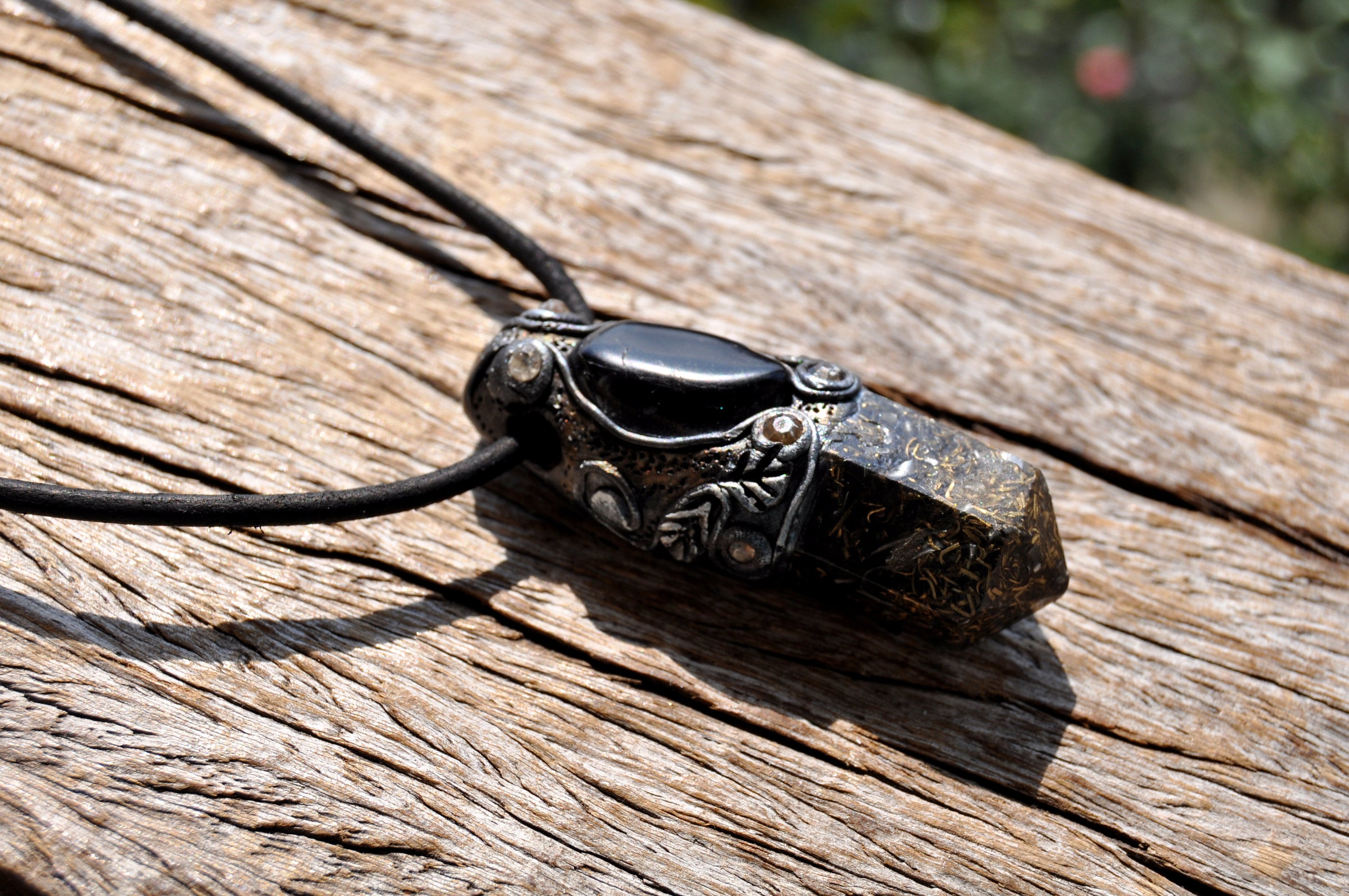 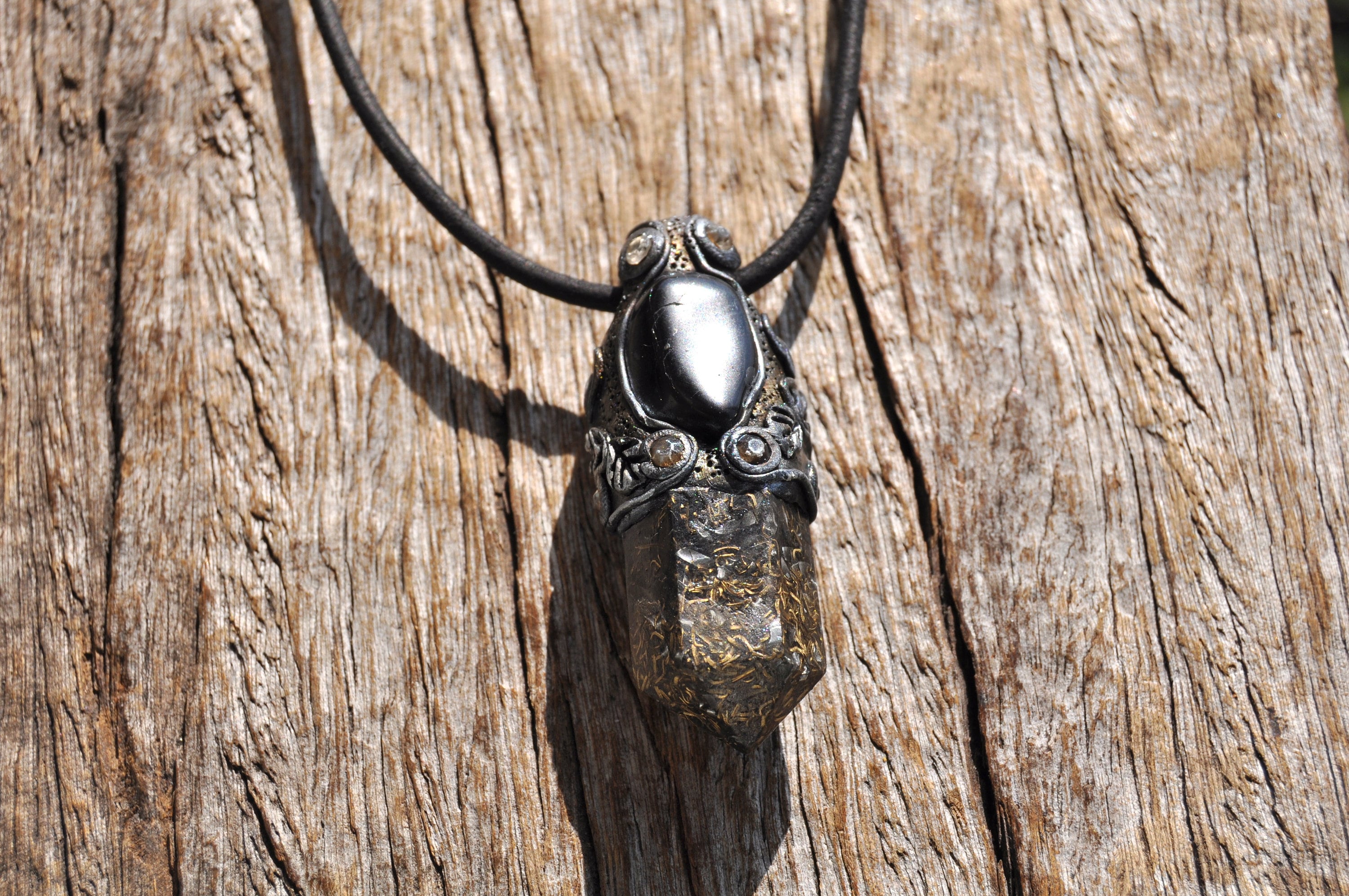 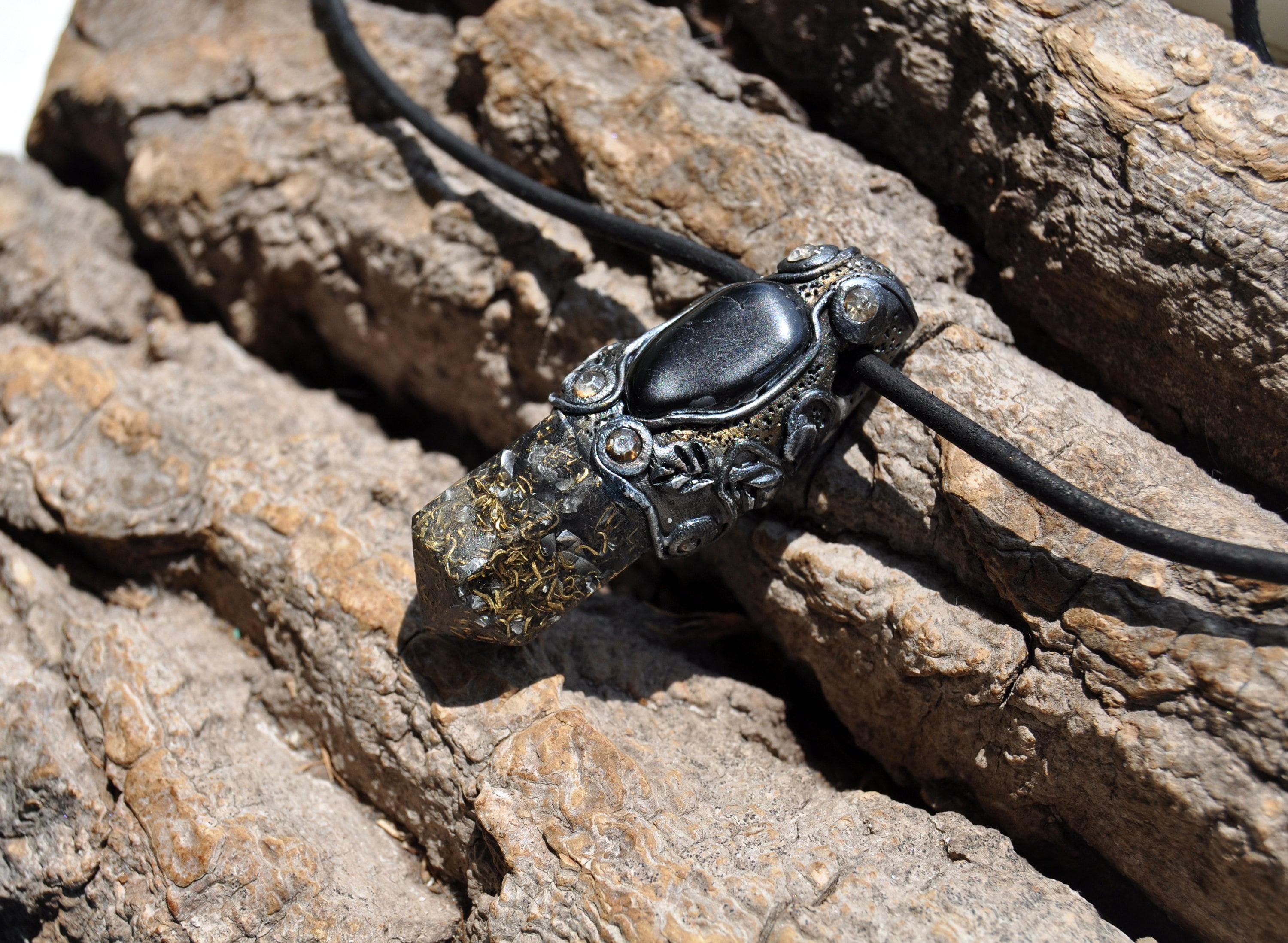 This pendant is definately unique because the orgonite® crystal is based on a real natural terminated quartz crystal and consists of out of lots of brass, aluminium, iron and copper shavings which is neccessary to clean stagnant energy (according to Wilhelm Reich's research). It also contains Pyrite (to enhance the overall power), black Tourmaline (to protect and ground excess energy) ,Rhodizite (to amplify the other crystals), Elite Shungite (protection), Selenite (to clean and charge the other crystals) and one clear quartz (for piezo-electric effect) all within a durable resin setting.

The handsculpted clay setting I also did myself. Ive used two different kinds of clay which makes the pendant almost unbreakable but I recommend taking it off while showering or having a bath to extend the lifetime of the colors. It has a smooth polished black Obsidian in the top which is surrounded by some glass crystals.

Black Obsidian Stone is a powerful cleanser of psychic smog created within your aura, and is a strong psychic protection stone.

It has powerful metaphysical properties that will shield you against negativity, and their energy may stimulate the gift of prophecy.

It an excellent crystal to use when you have been doing spiritual or healing work... as it grounds you to Mother Gaia.

This black stone is excellent to assist you to release disharmony that has built up in your day to day life and during work on yourself, including resentment of others, fear and anger.

Because it is a one of a kind hand-crafted one, it may have slight artistic imperfections. It comes on an black suede cord. You can state your preferred length while ordering. Maximum length is 60 cm / 24 inches.