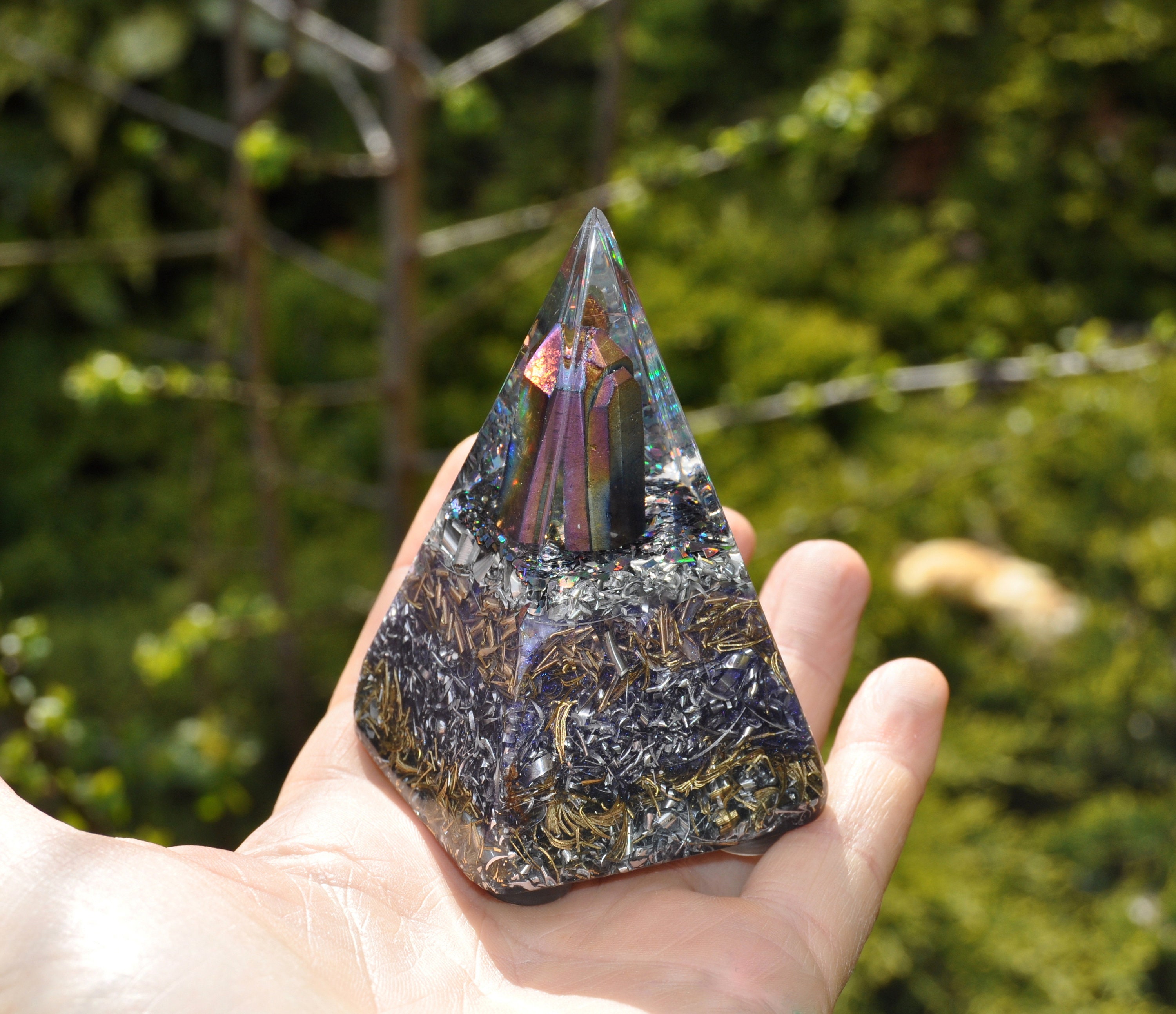 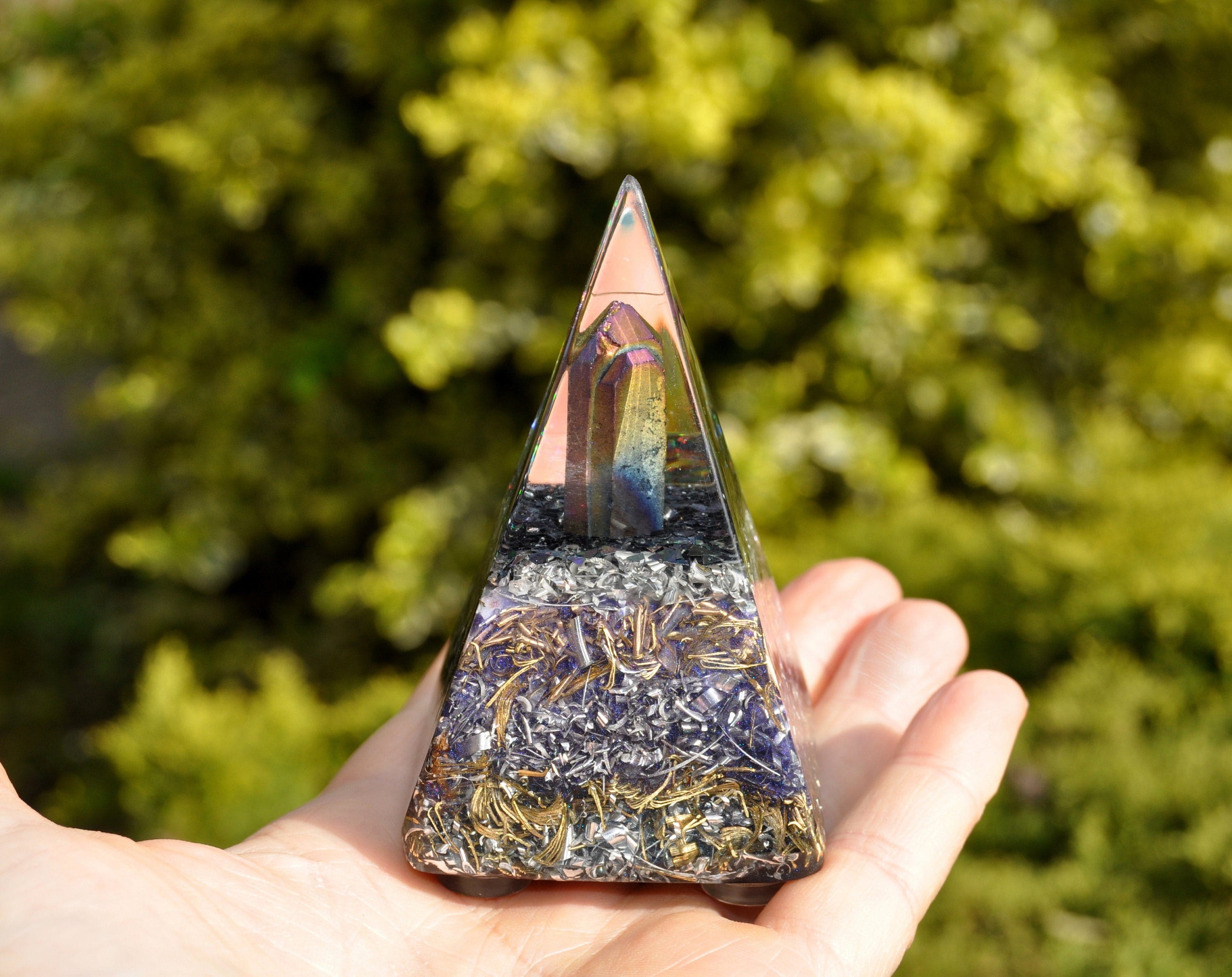 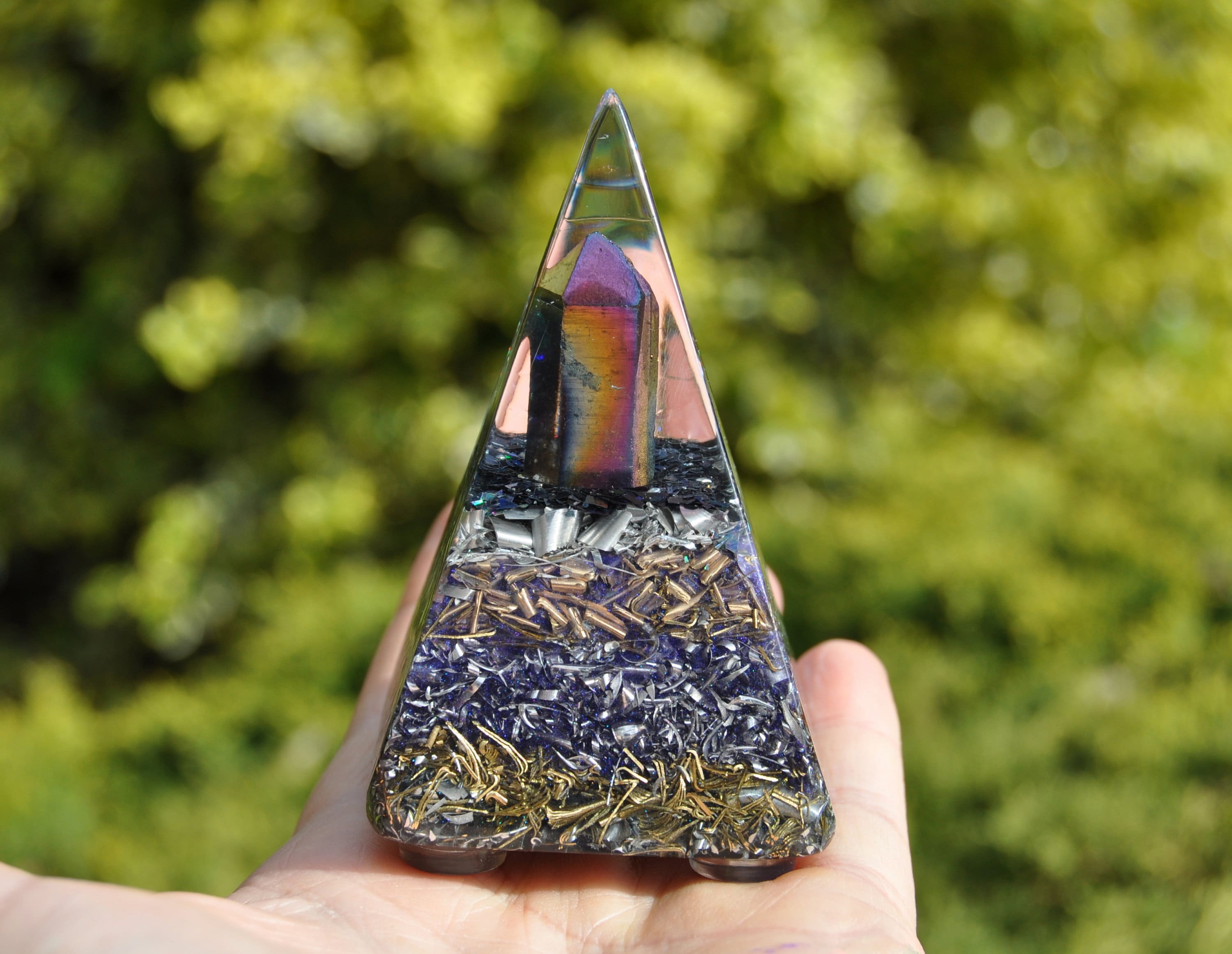 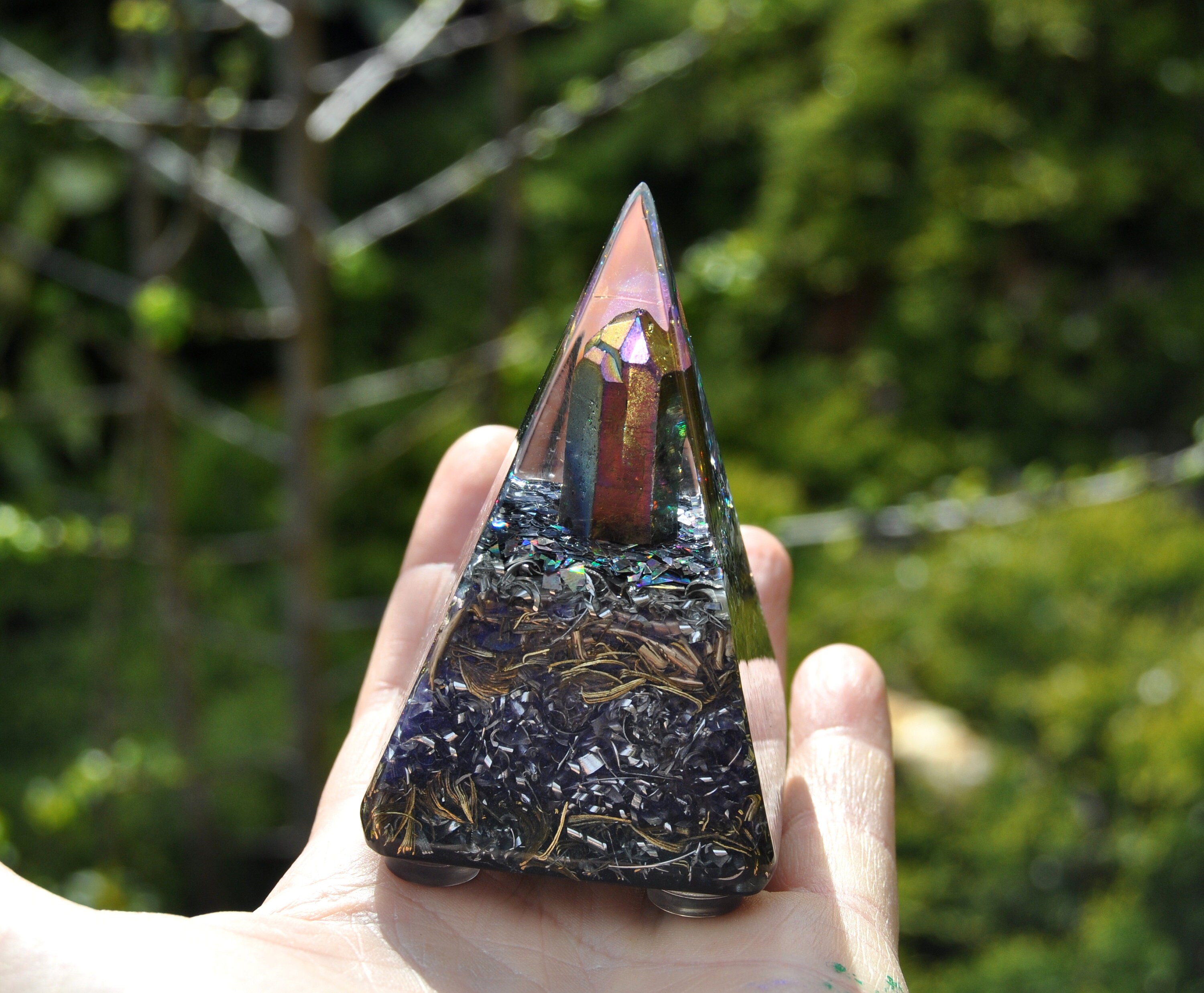 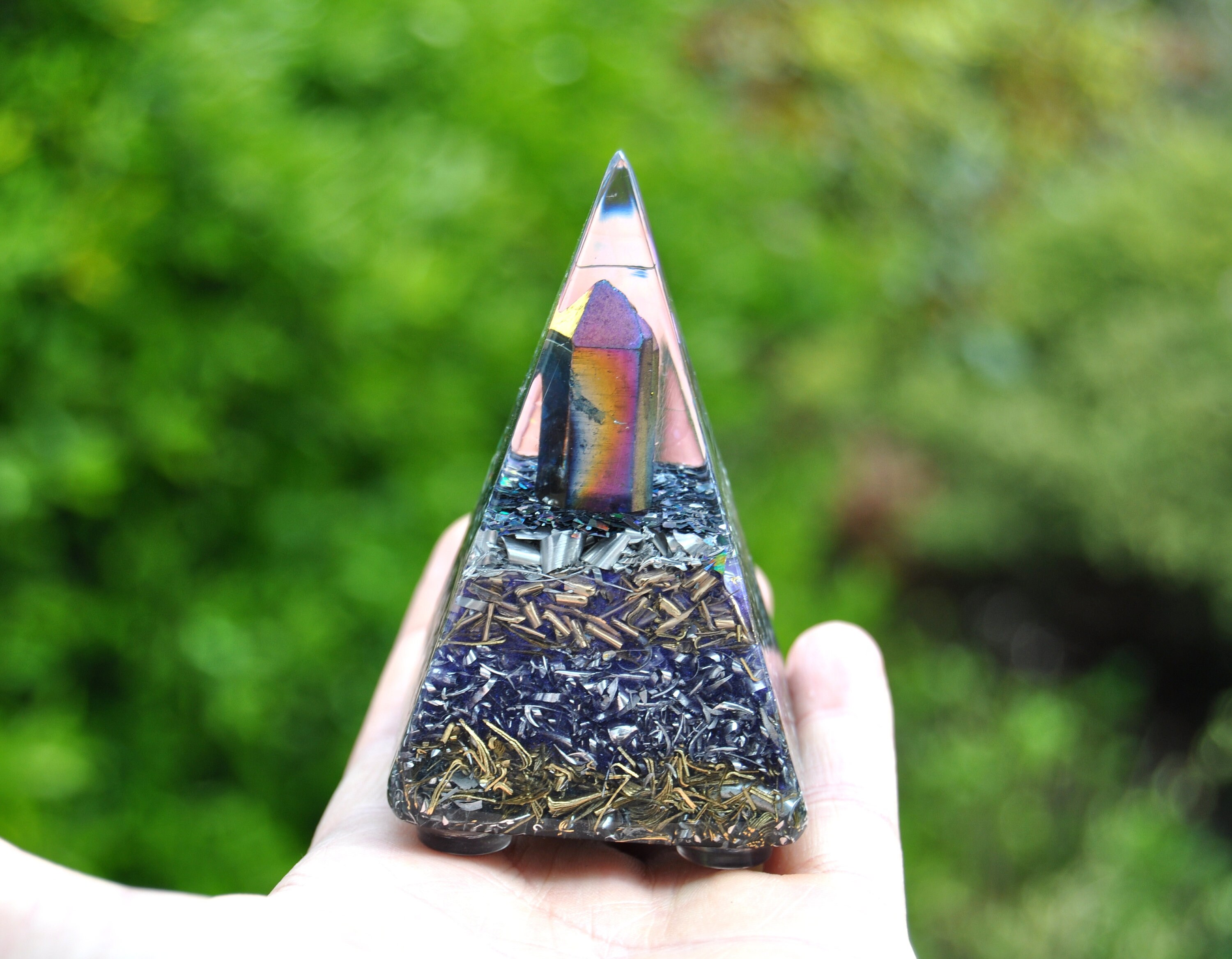 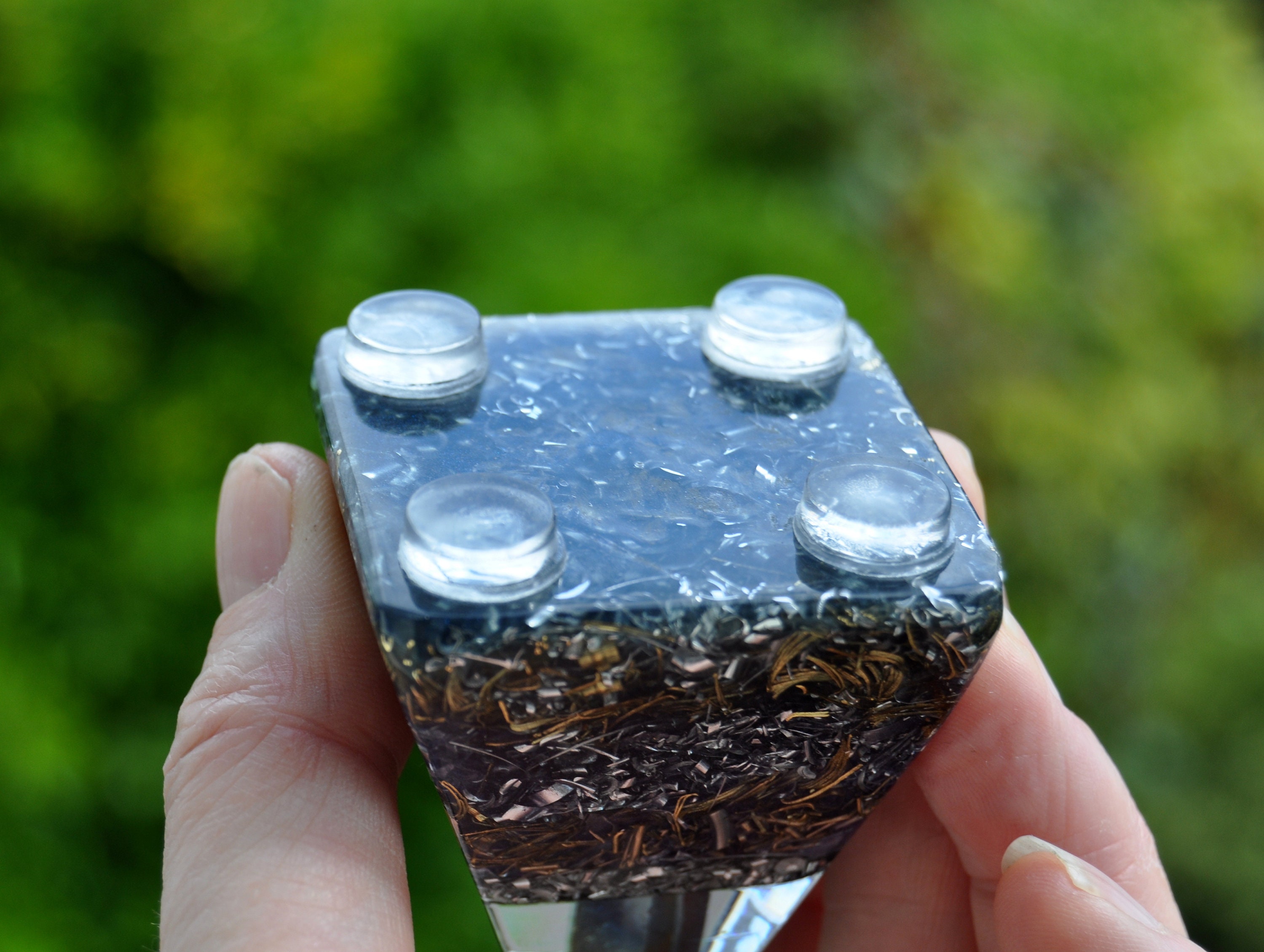 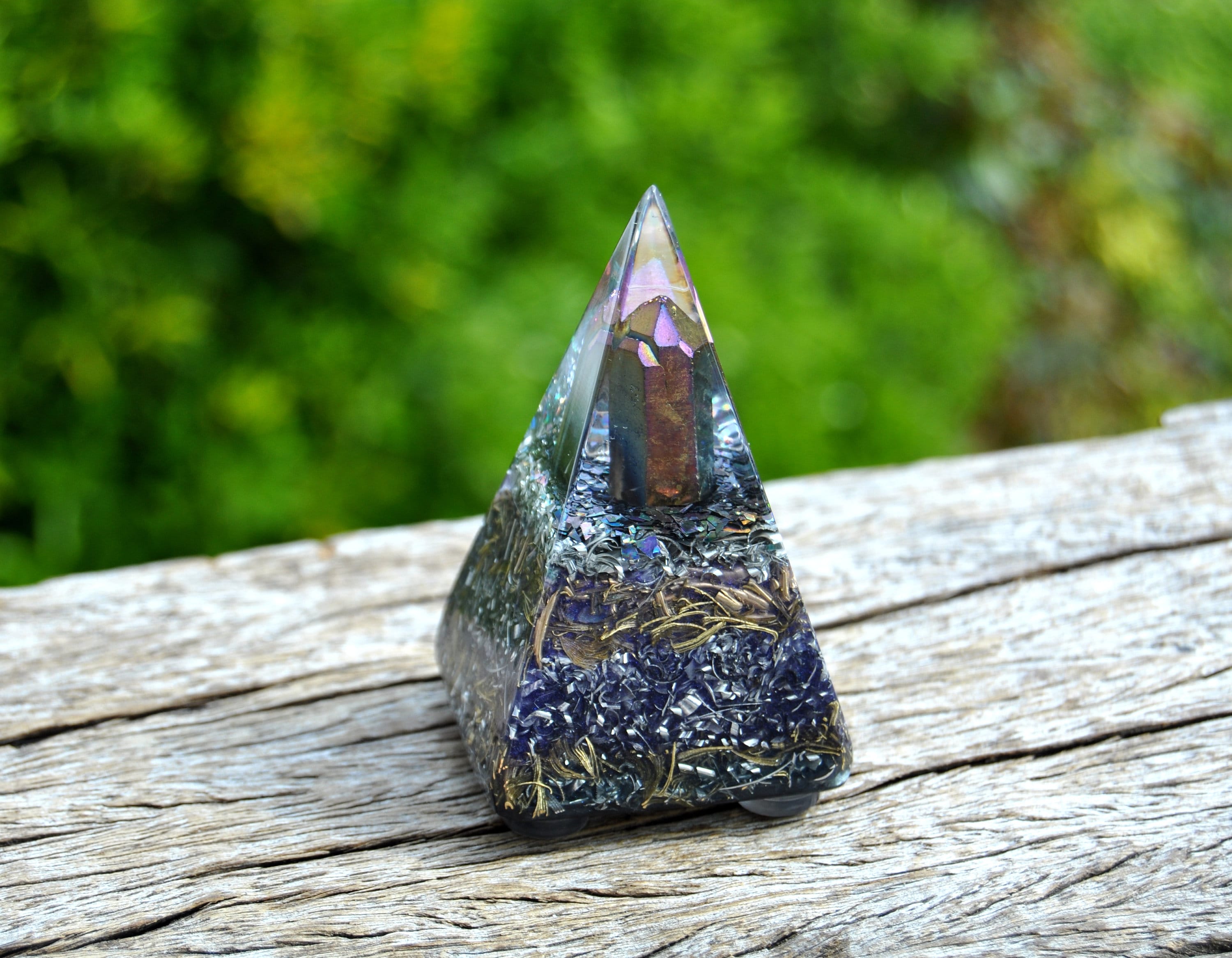 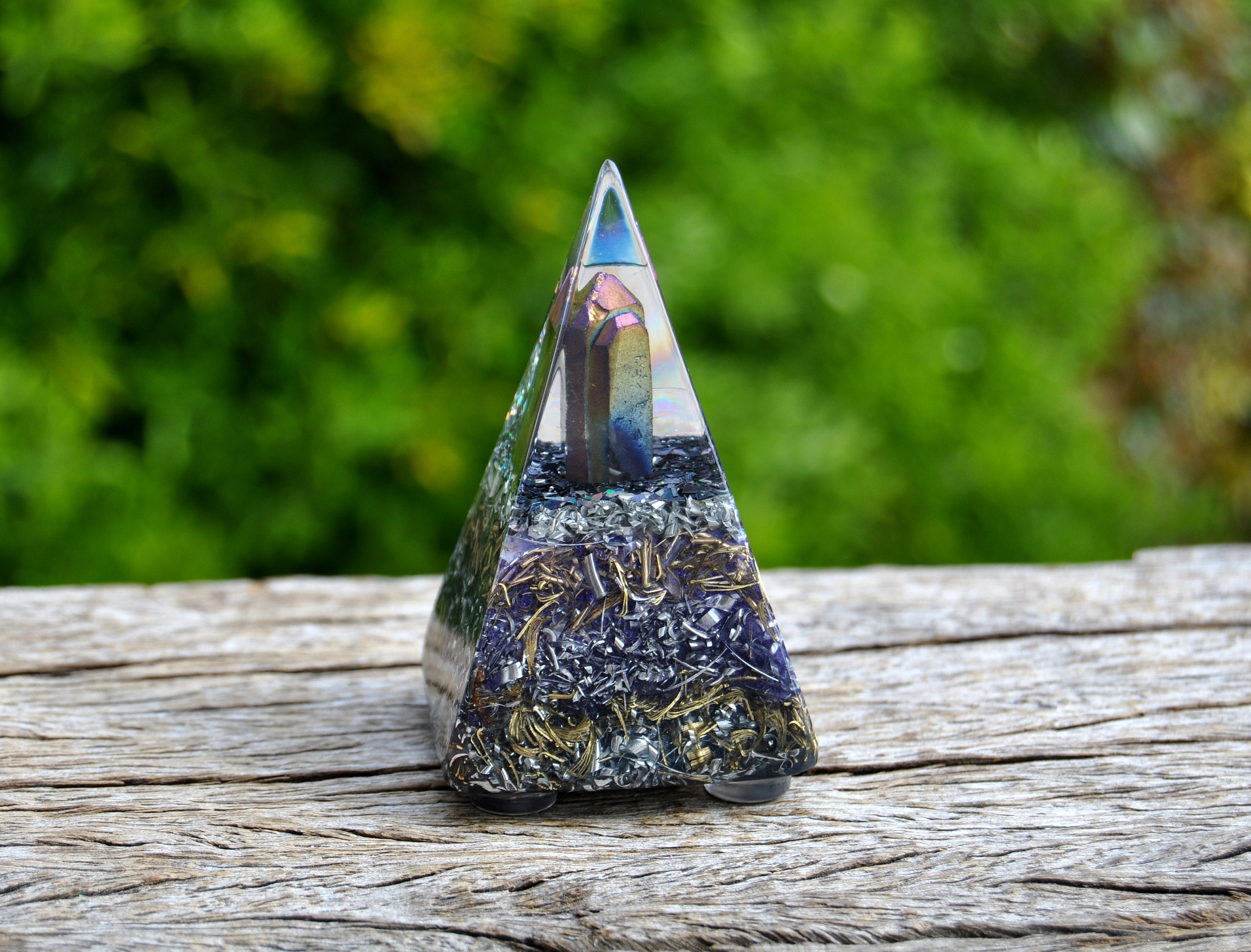 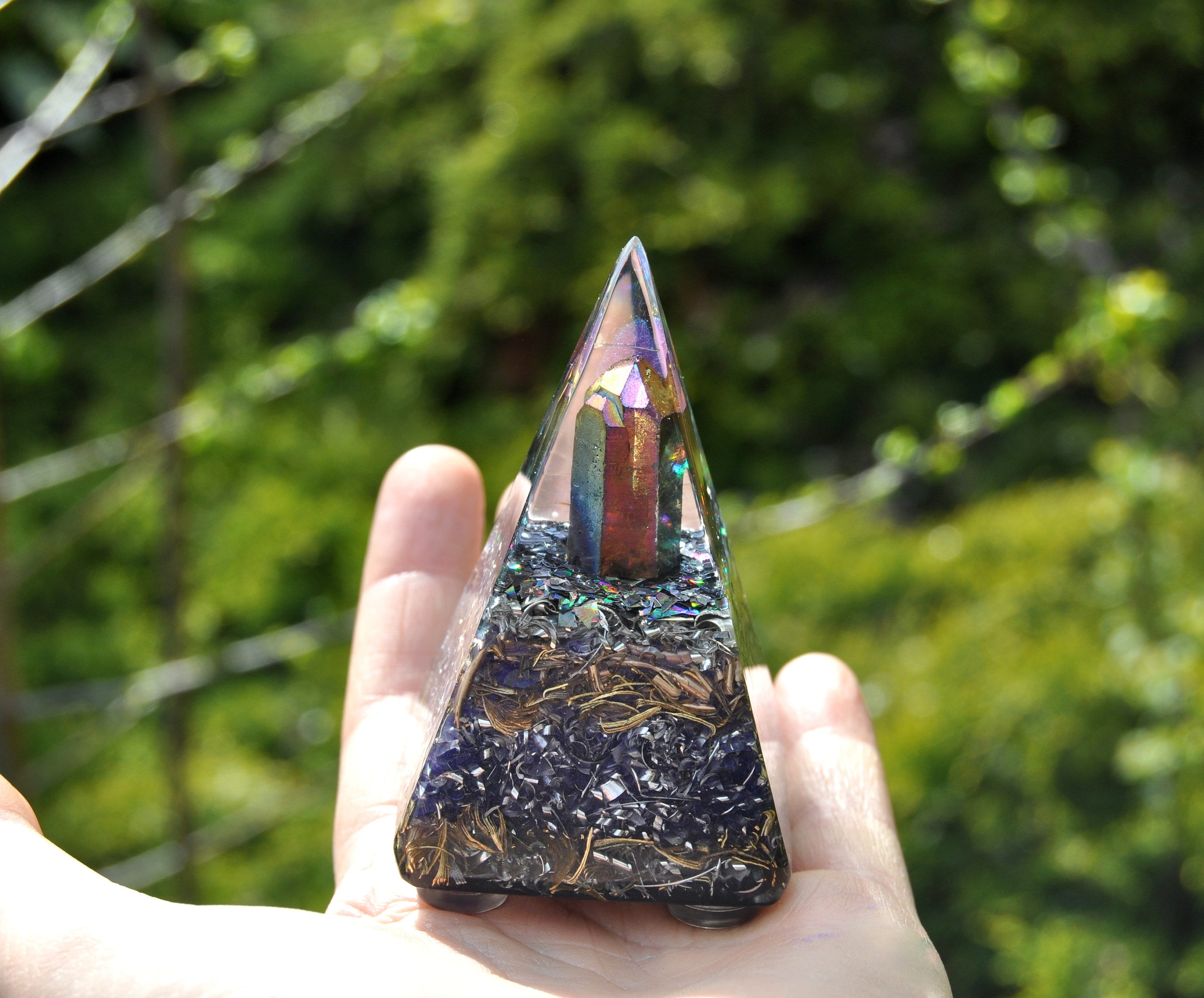 It consists of densely layered metal shavings of bronze, brass, aluminium and copper which is required to for the Orgonite® to properly work according to Wilhelm Reich's research (the more METAL Shavings, The better the Orgonite® can remove stagnant energy). It comes in an organic durable resin base.

Titanium projects strength, elevated mental activity, and fortitude. The Quartz enhances these qualities and will energize the entire chakra system. Carrying or wearing a piece of Titanium Quartz will make you feel grounded, centered, and energized all at the same time.

Titanium Quartz is recommended for anyone who lacks the day to day energy to keep up with life. The stone itself possess enough energy to turn anyone’s mood around, but will especially increase your focus, allow you to become more confident, and expand awareness in one’s environment.
Titanium Quartz

This mineral can also stimulate the more light sided parts of users such as humor and general enjoyment of life. This stone imbues the user with free-flowing energy and pushes you into a relaxed state of mind.Its greatly recommended to use this time to allow full manifestation of one's’ goals and desires. With the relaxed state of mind the Titanium Quartz brings, you will begin to see how to evolve on your life path and obtain your dreams.