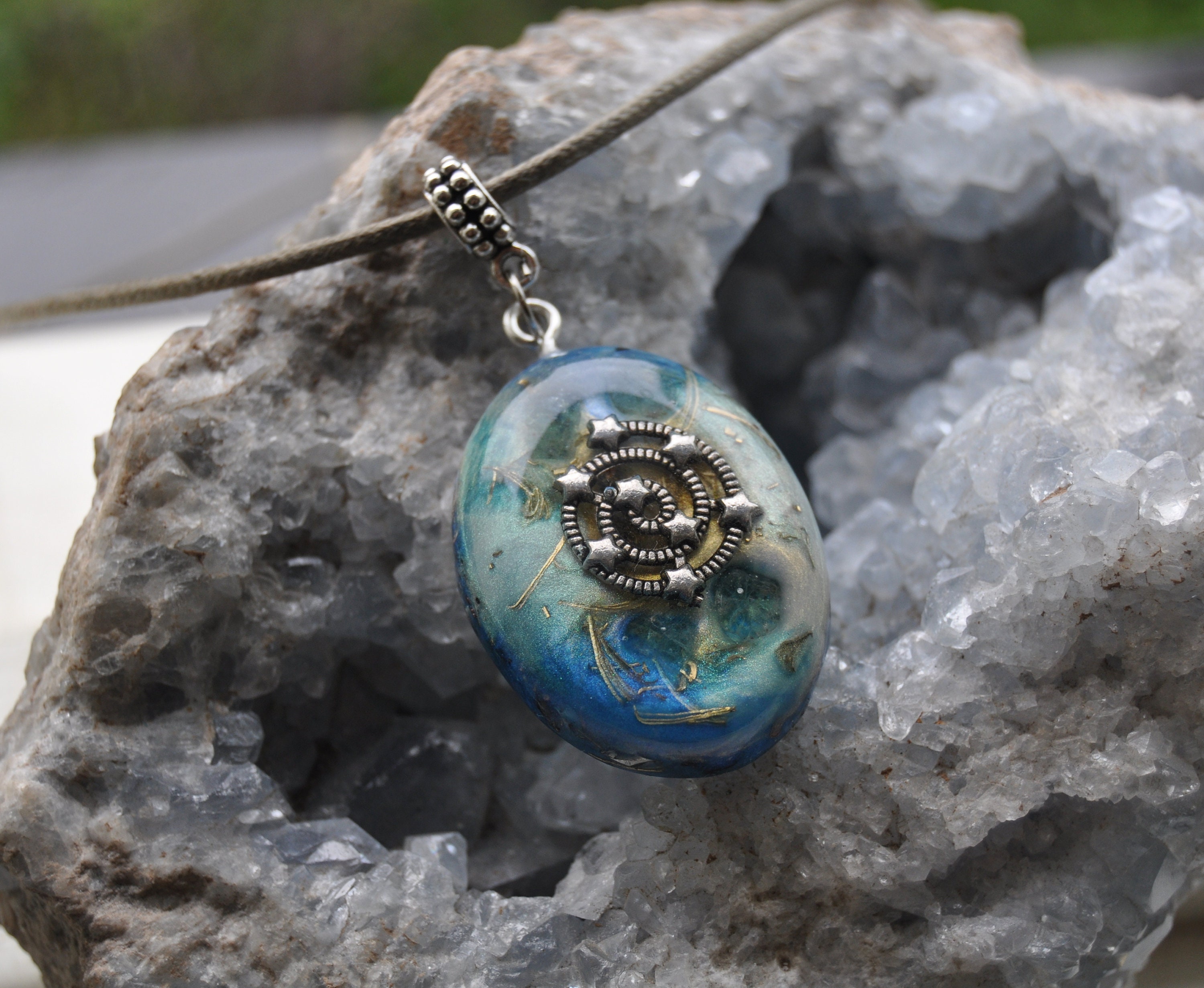 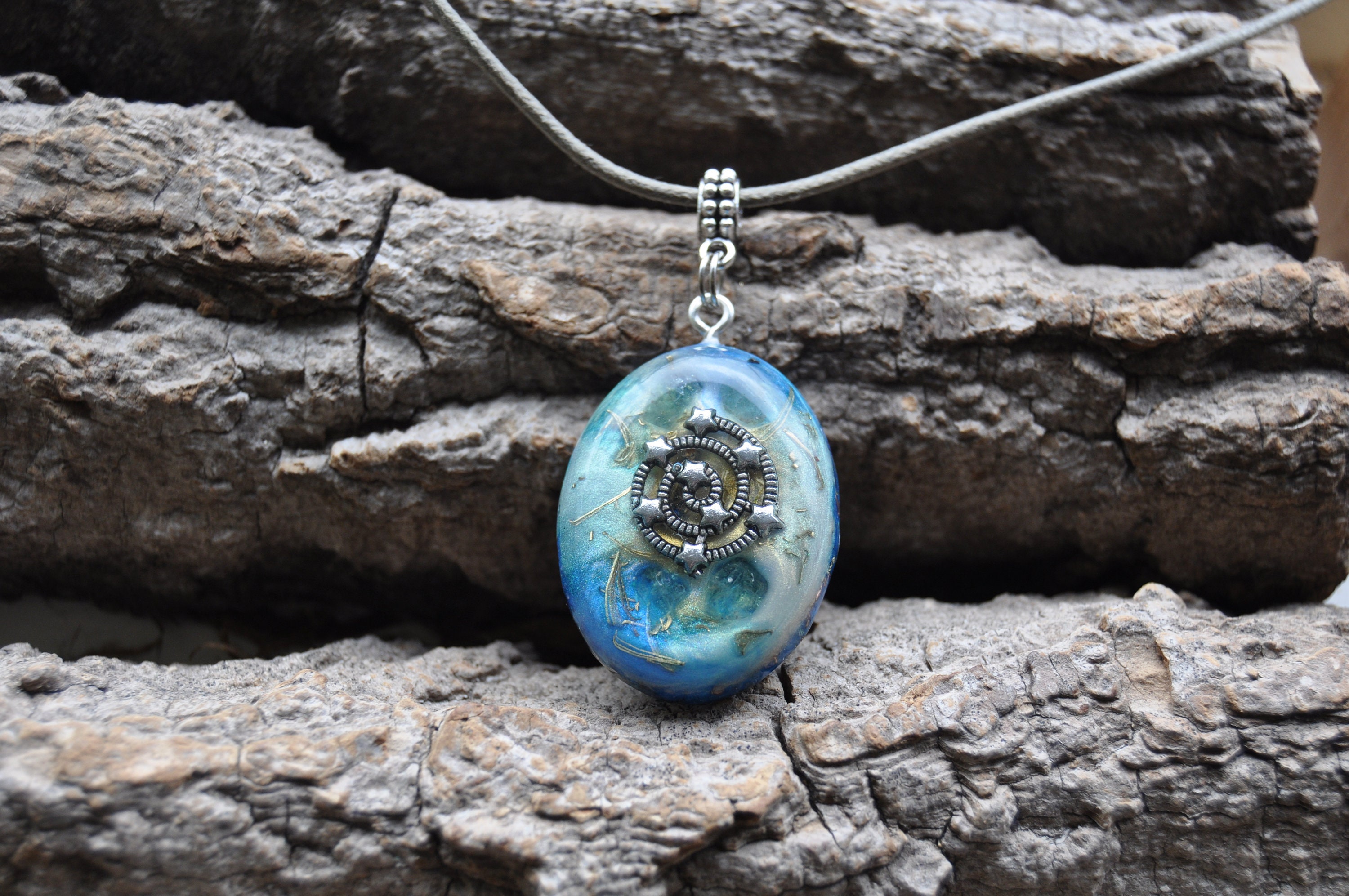 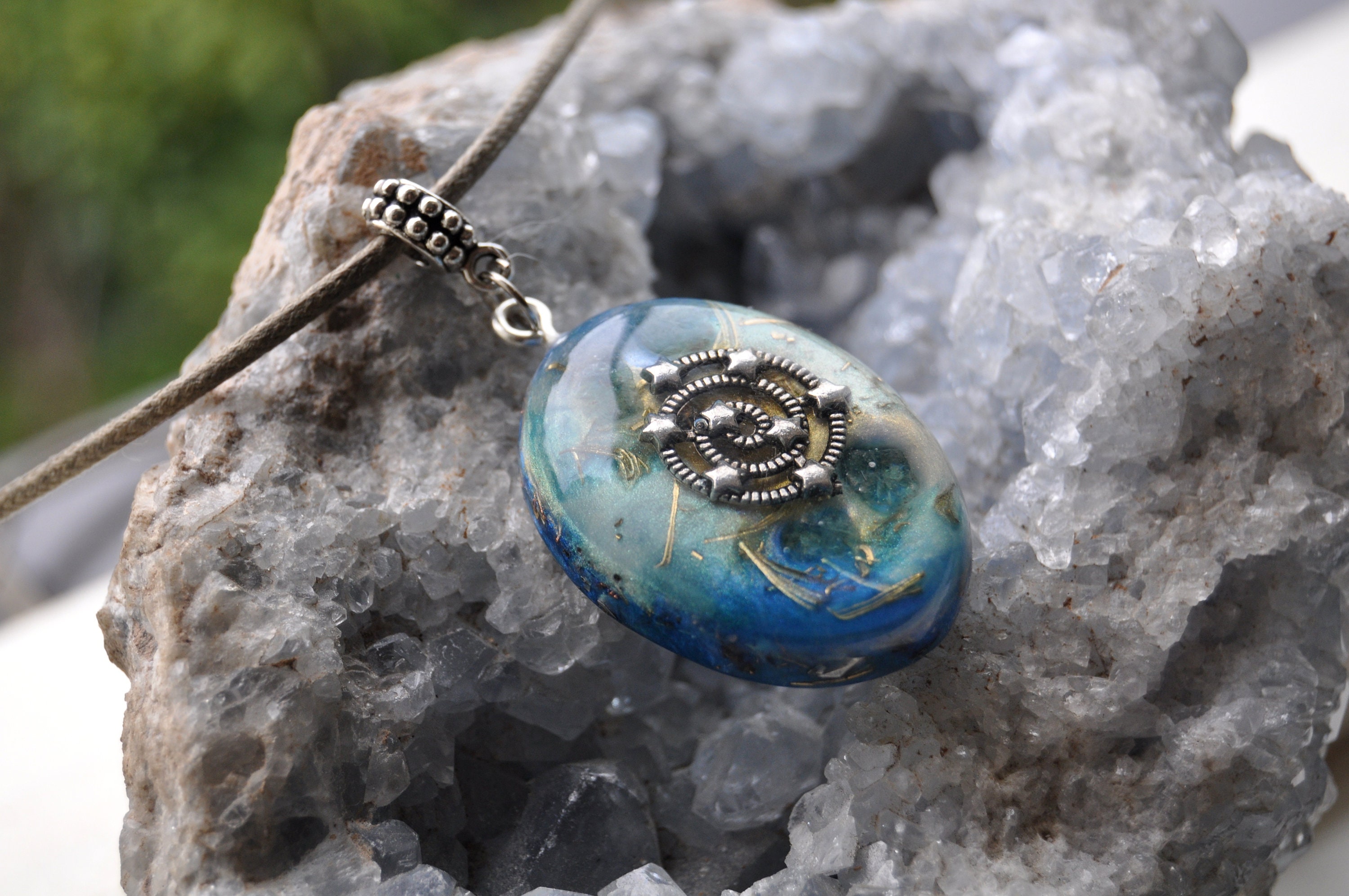 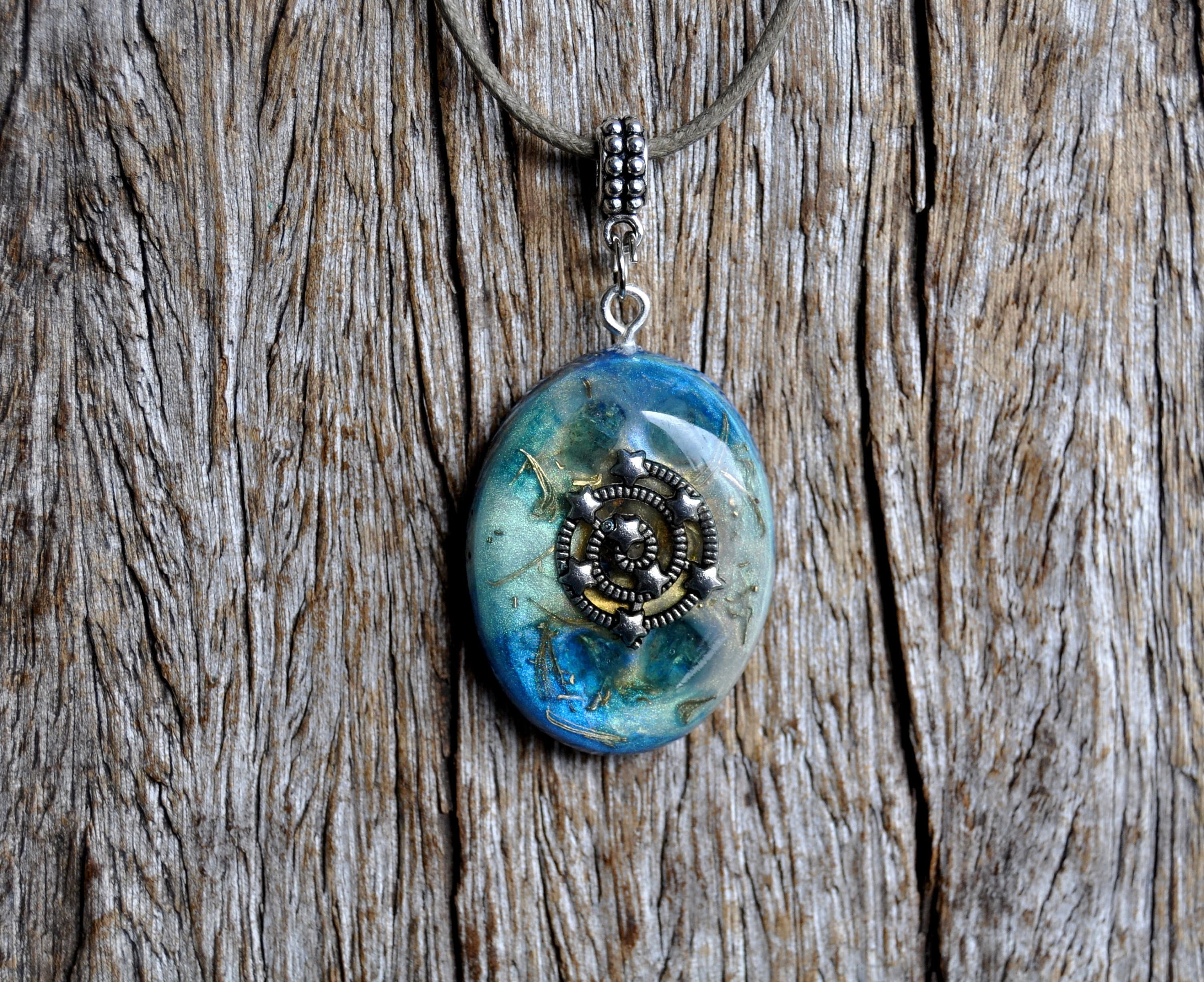 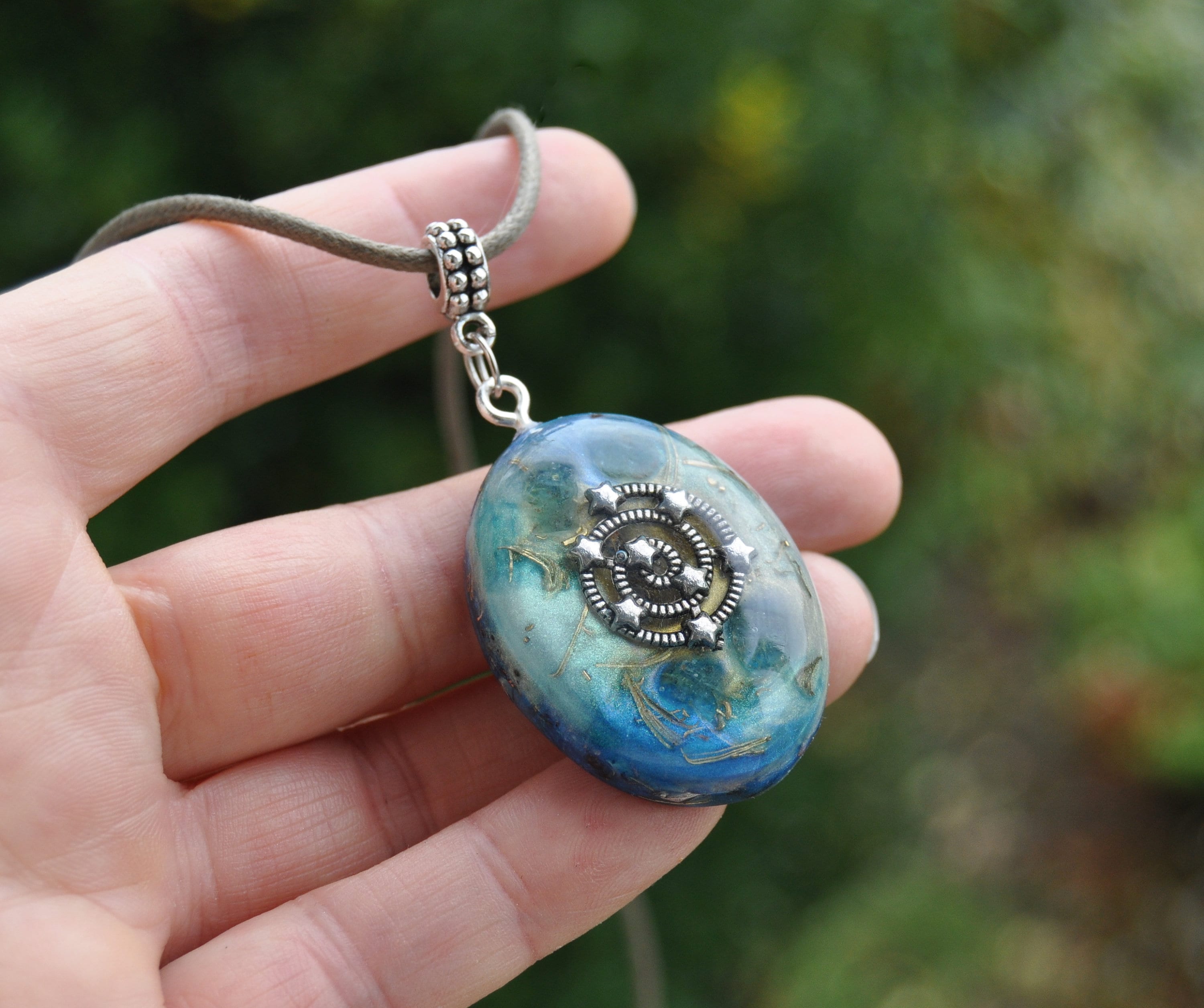 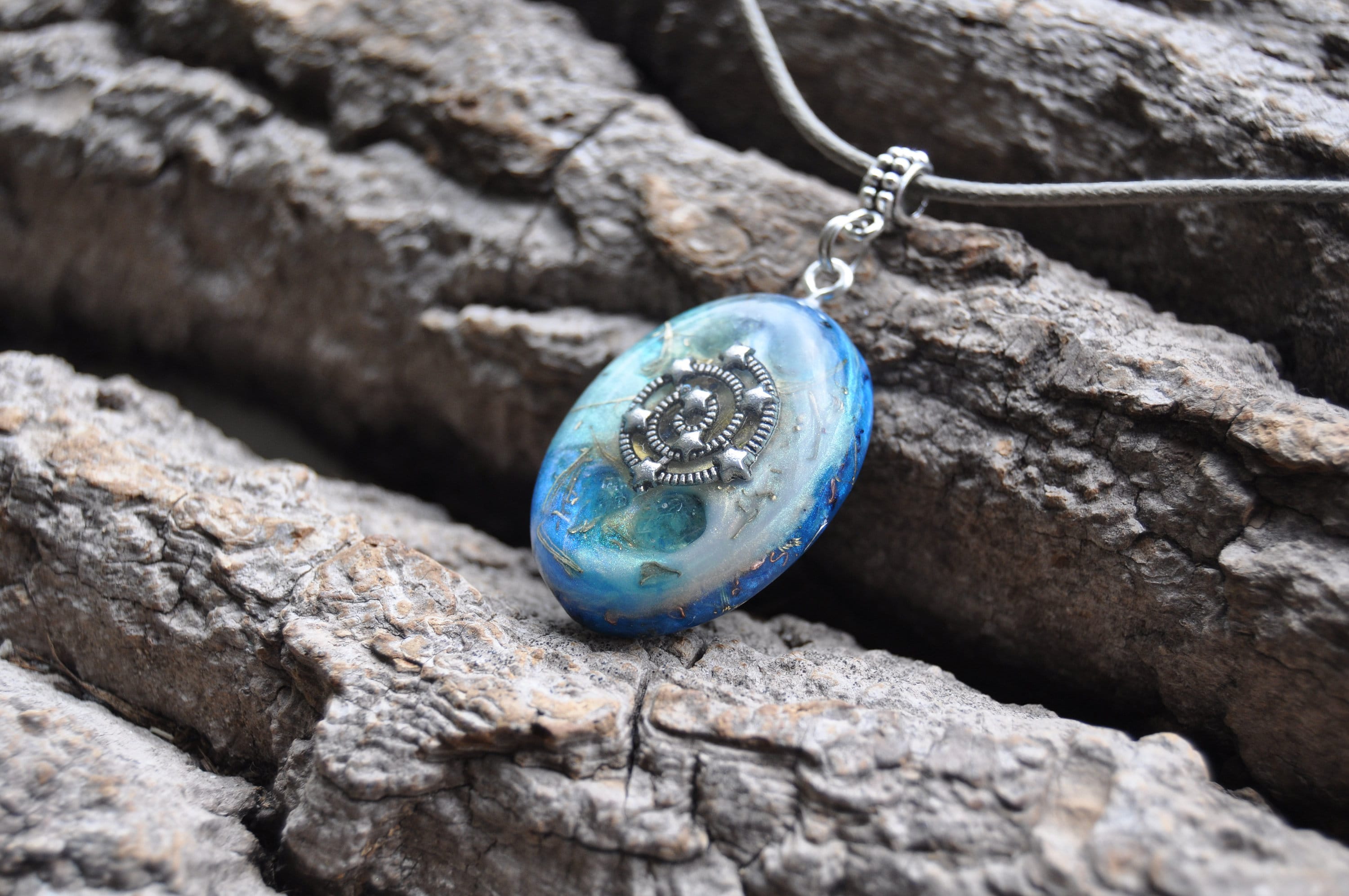 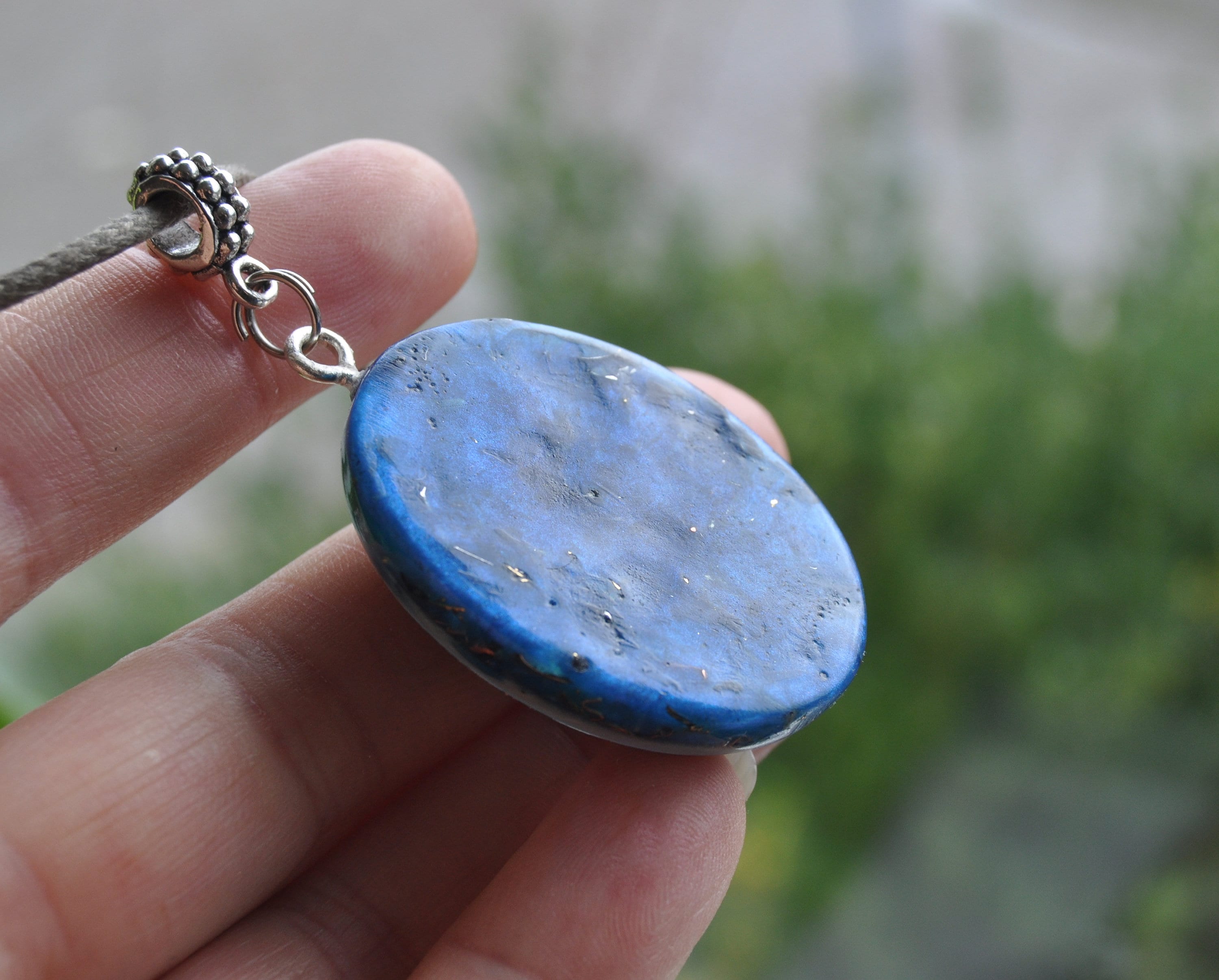 This lovely Orgonite® pendant contains aluminium,bronze, brass and copper shavings. The main stone is natural raw Blue Apatite which you can see in the front around the spiral Galaxy.

It consists of lots of shavings which is required for the orgonite® to properly remove stagnant energy according to William Reich's research.

Because it is a one of a kind hand-crafted one, it may have slight artistic imperfections.
It comes on a adjustable cotton cord.