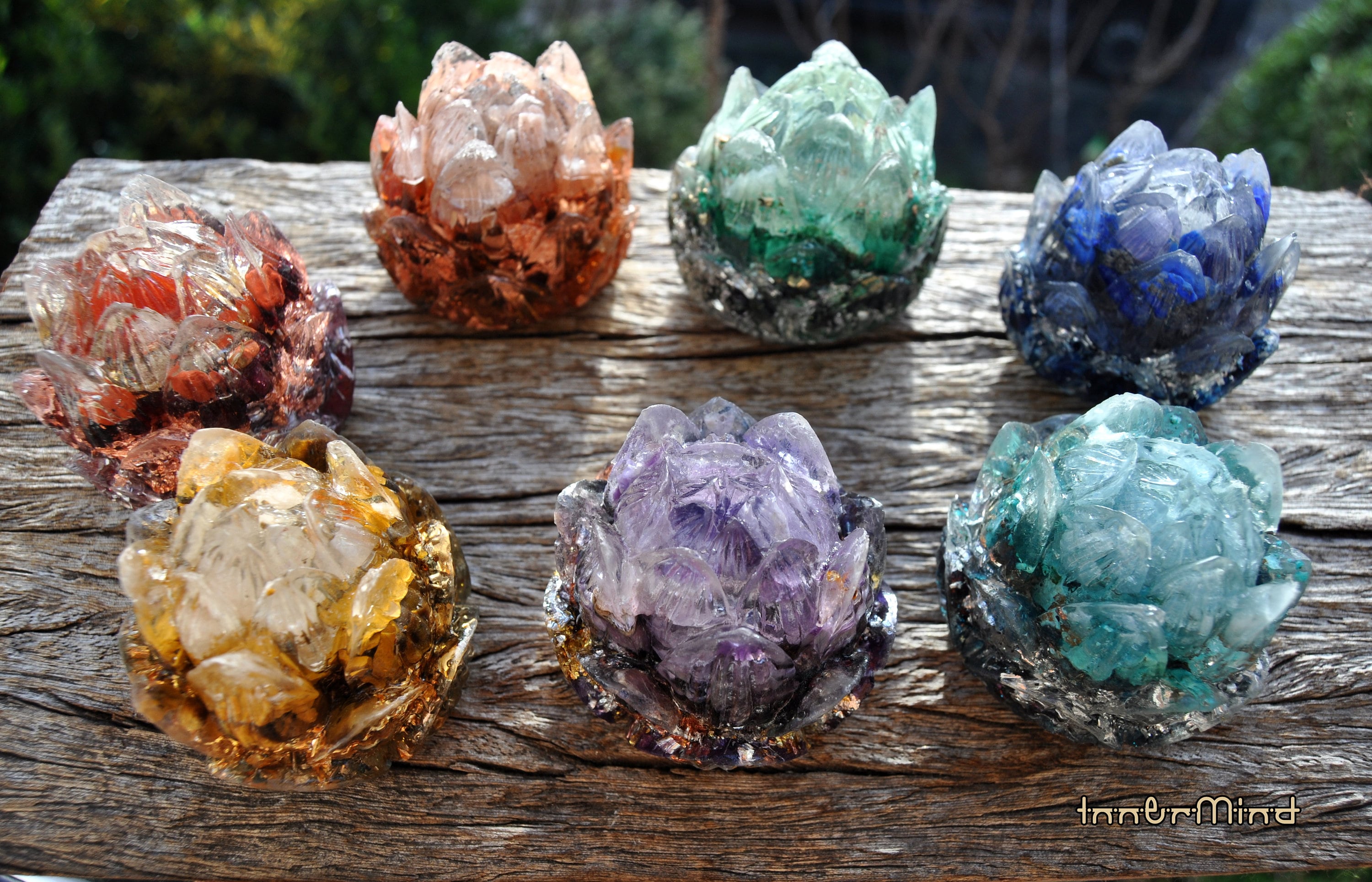 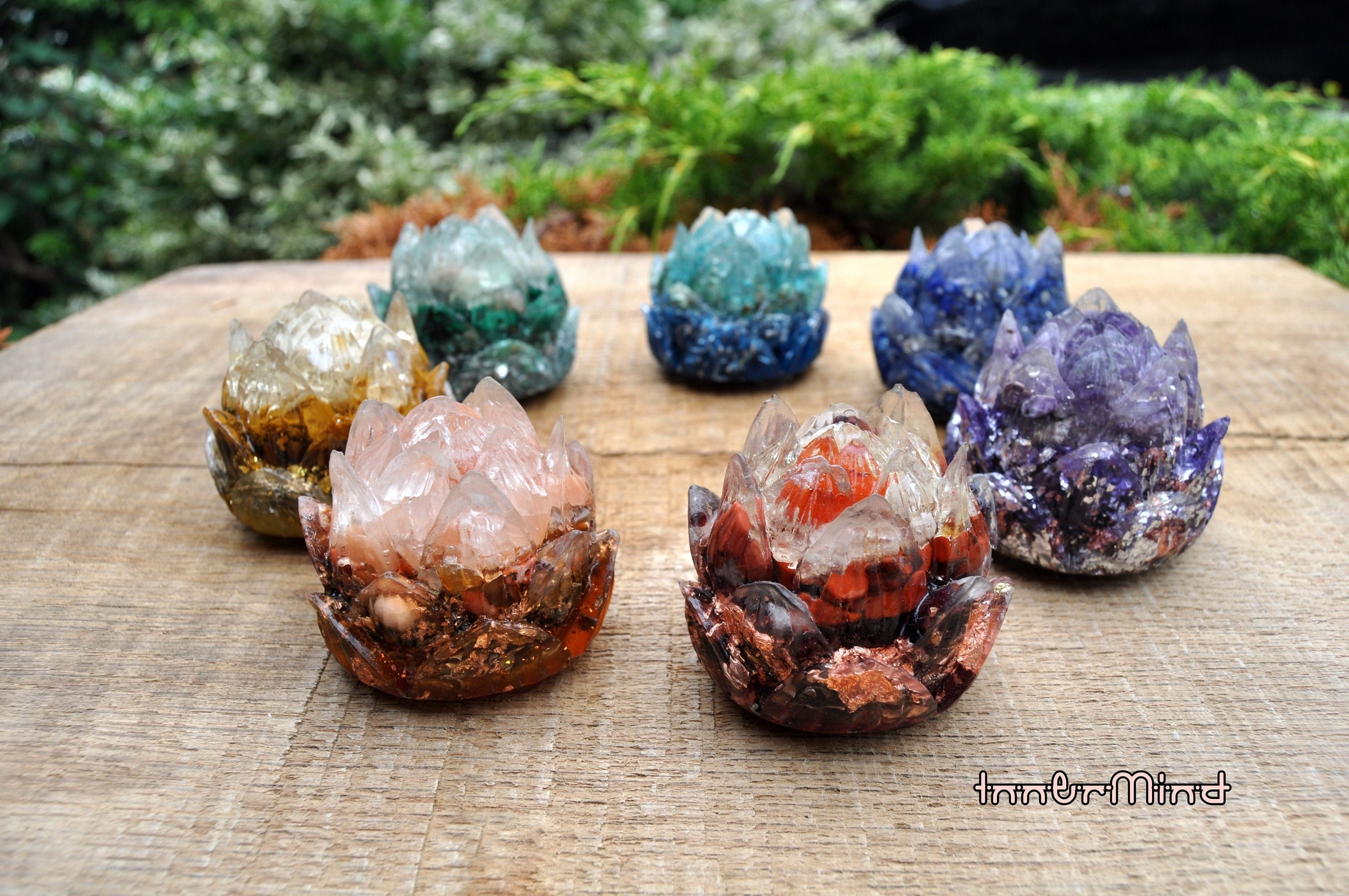 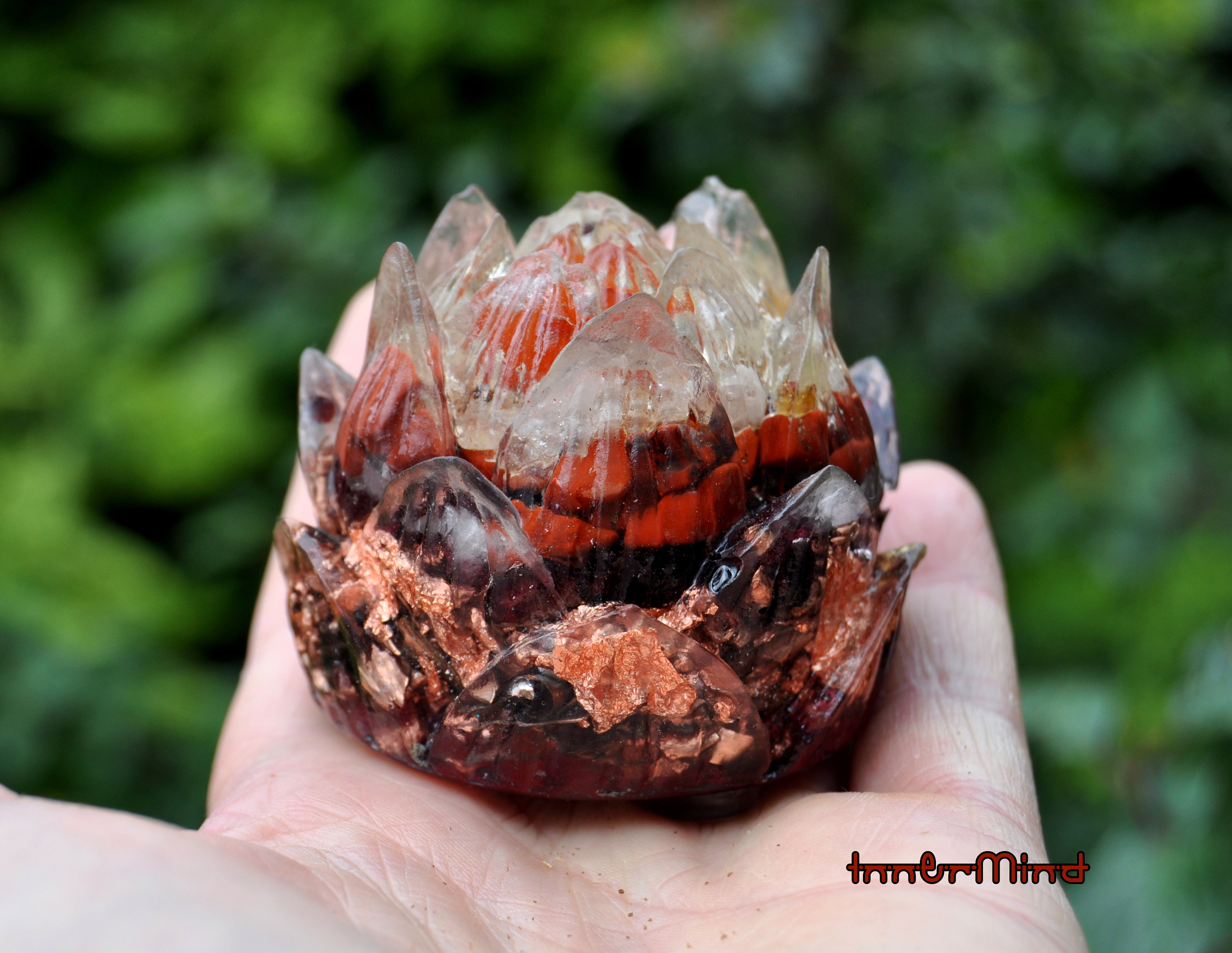 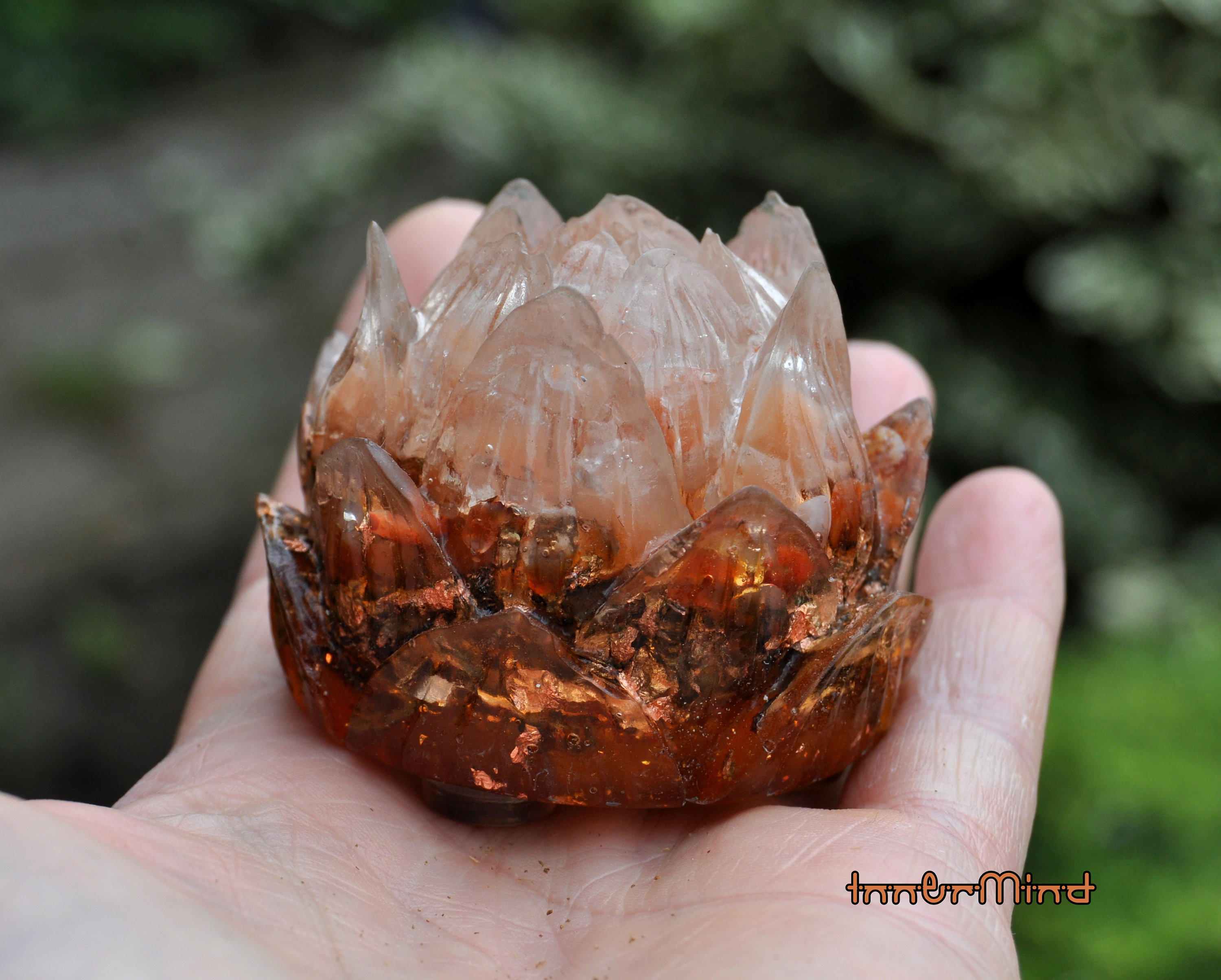 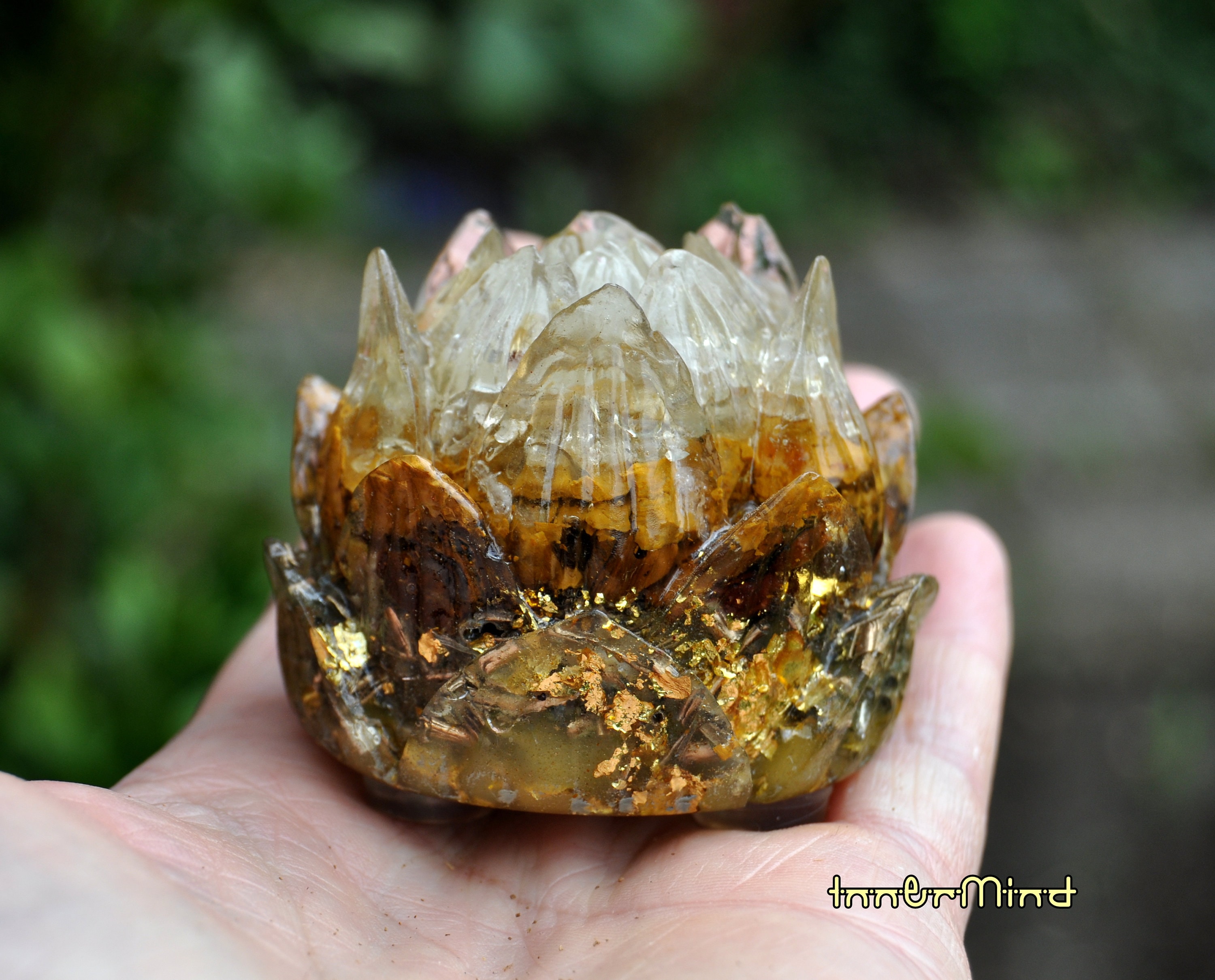 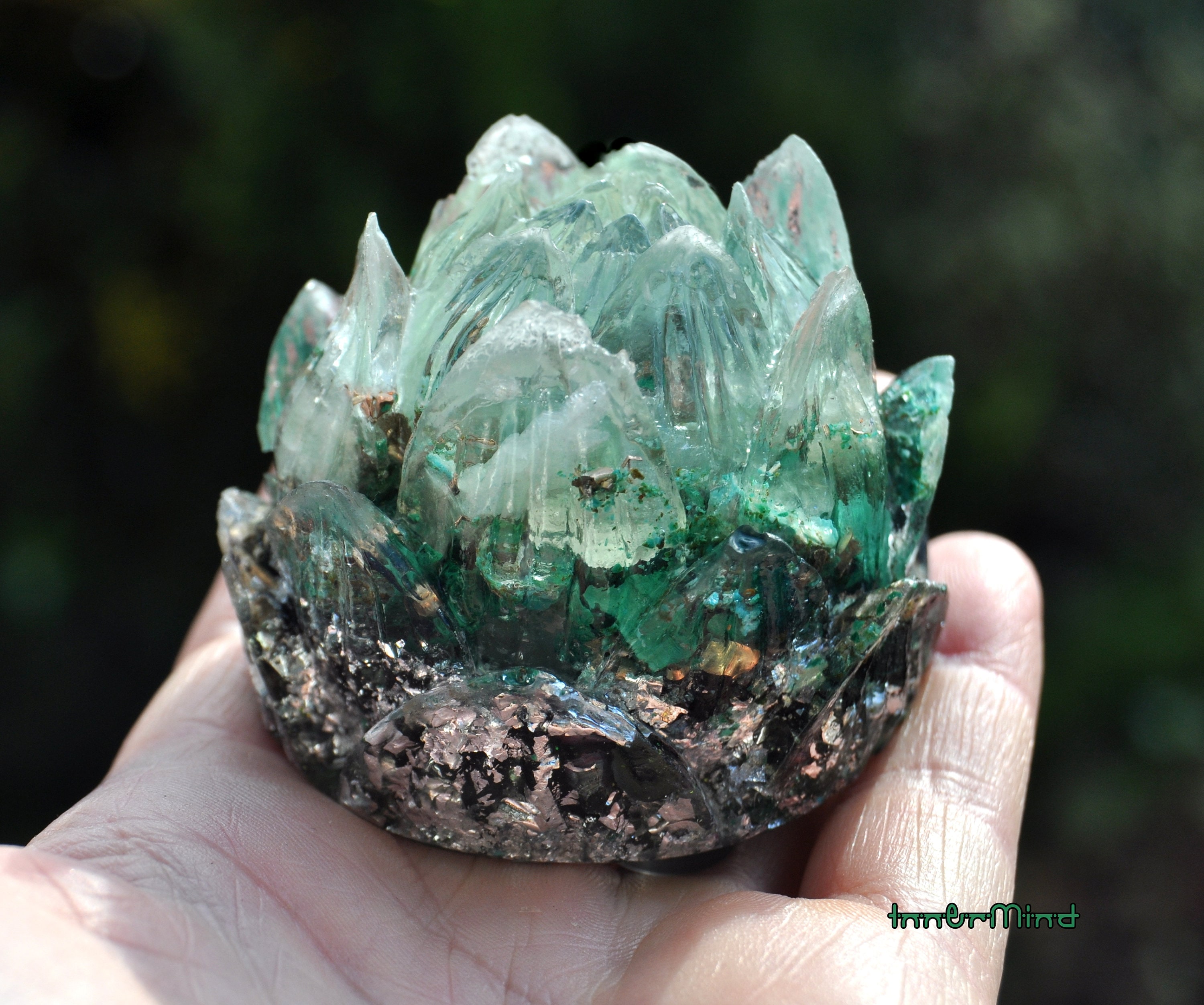 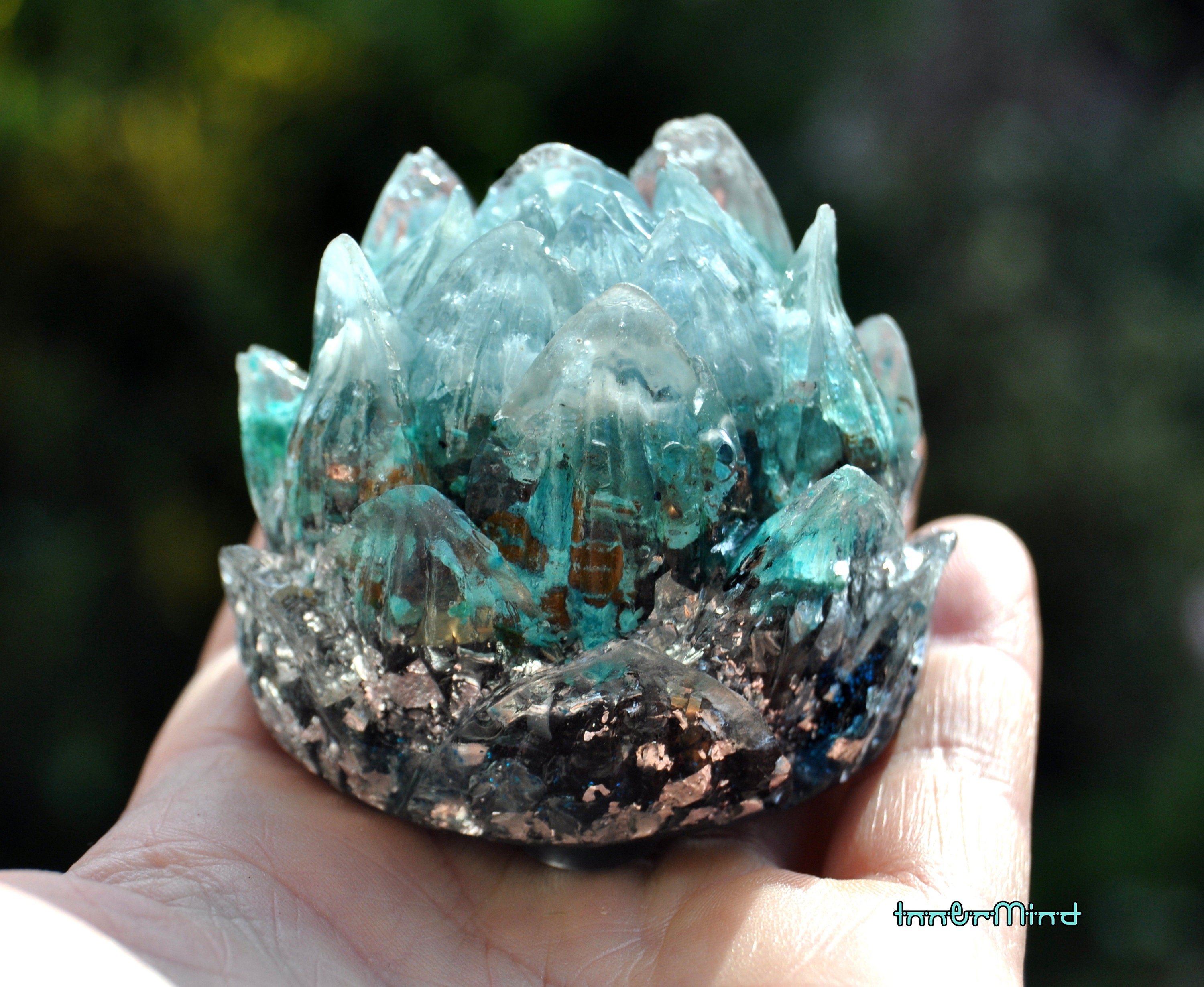 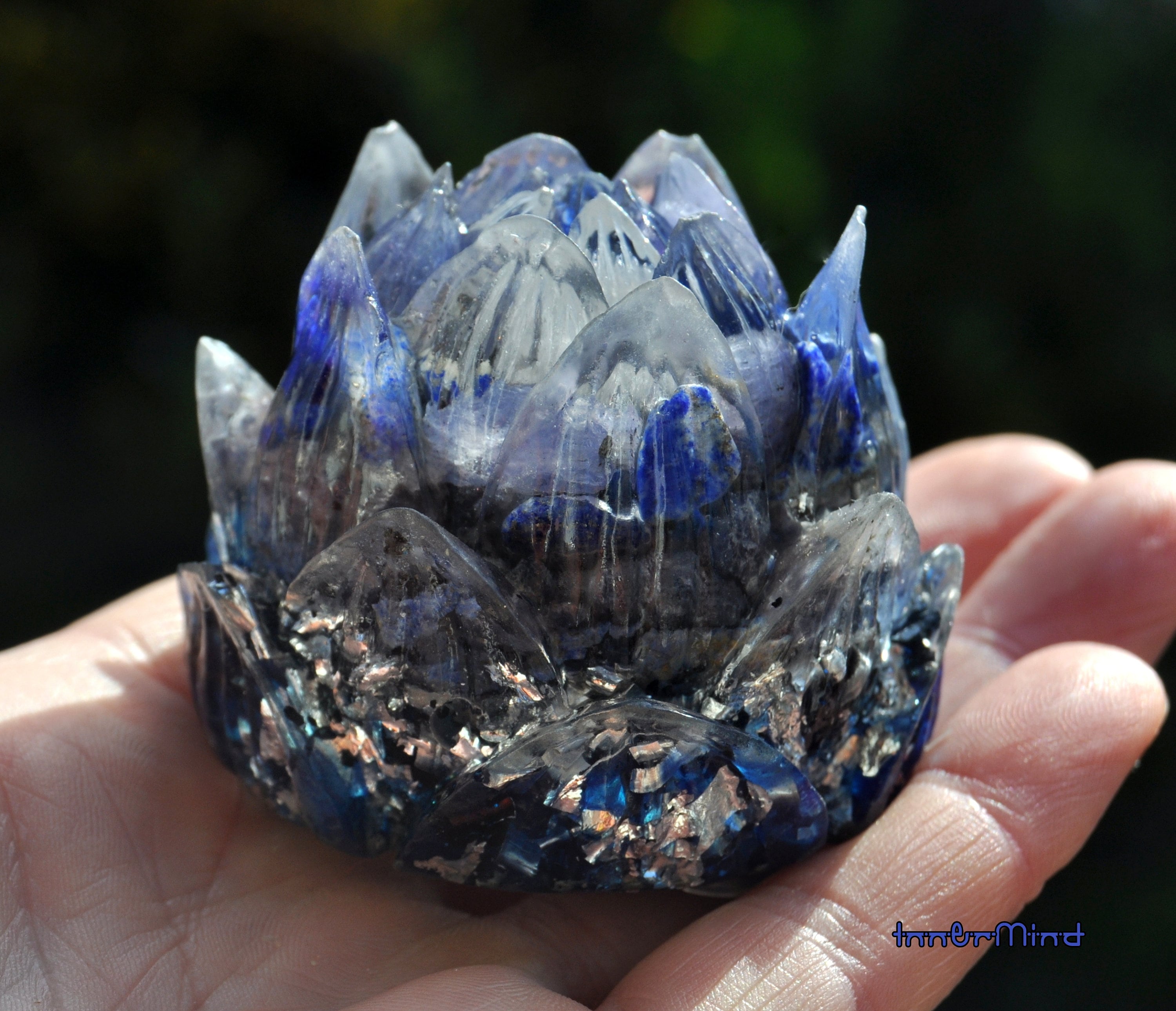 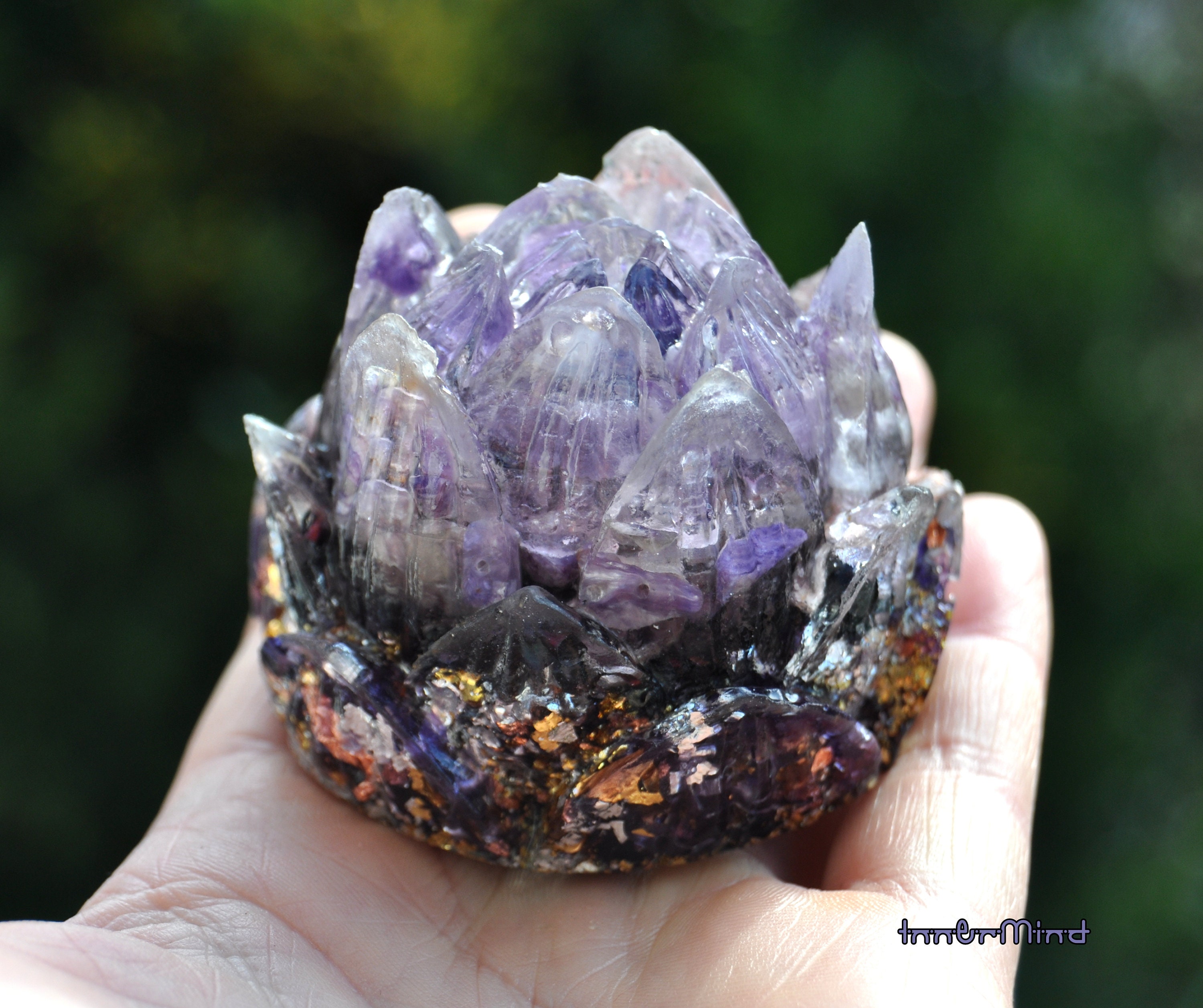 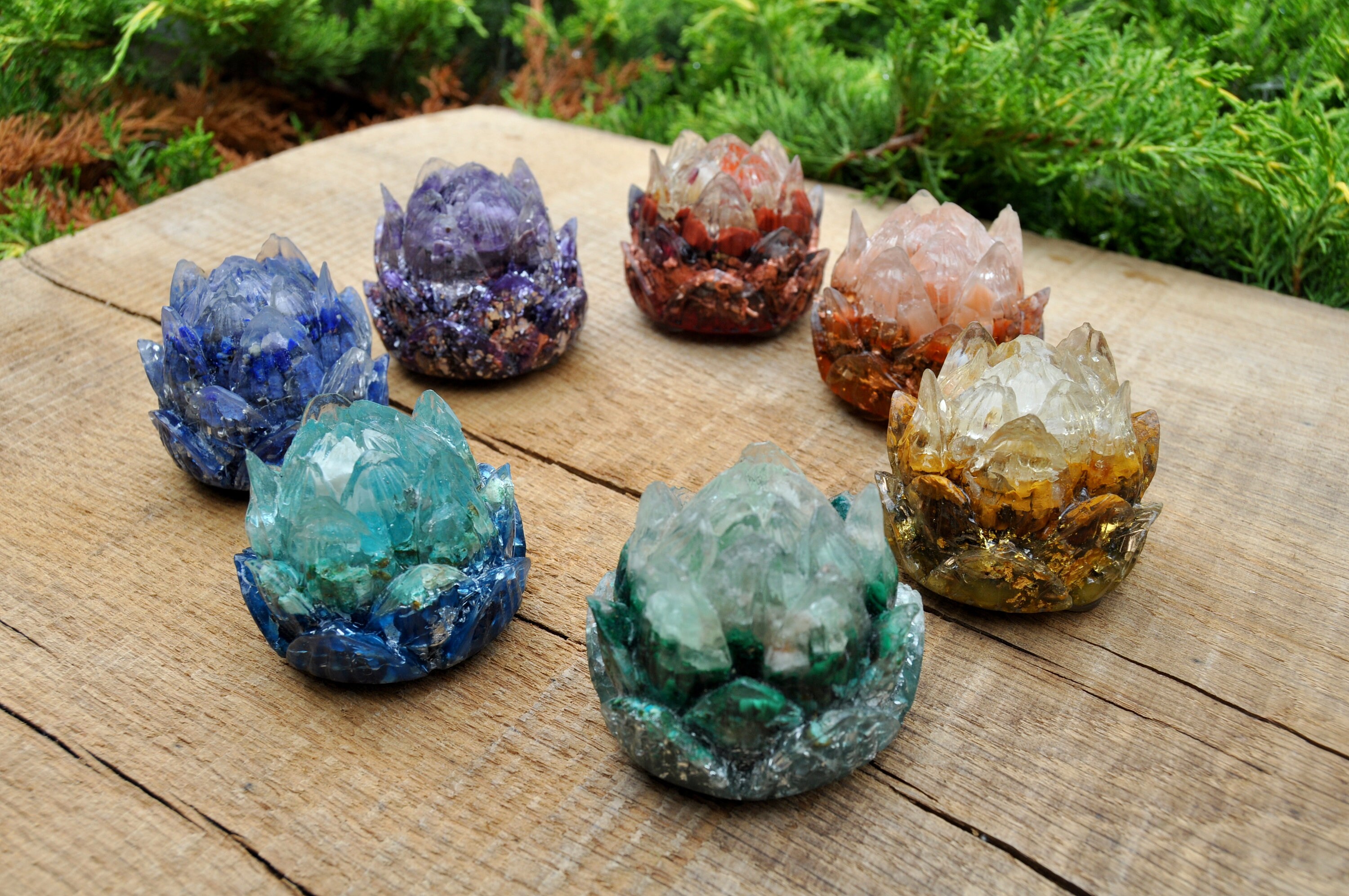 Lot of 7 Orgone Orgonite Lotus Flowers in correspondence with the 7 chakras and stones.

The stones include the following >>