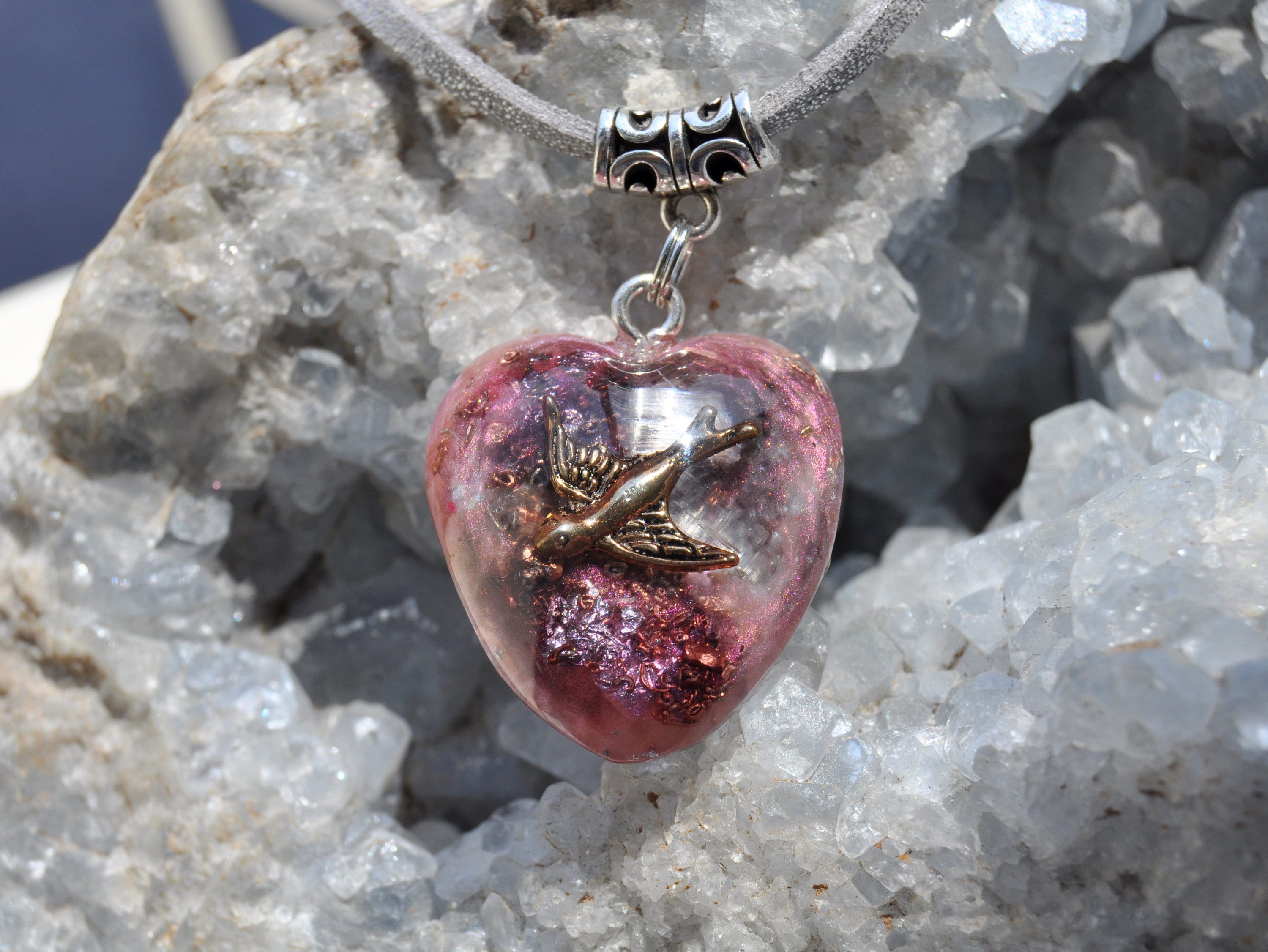 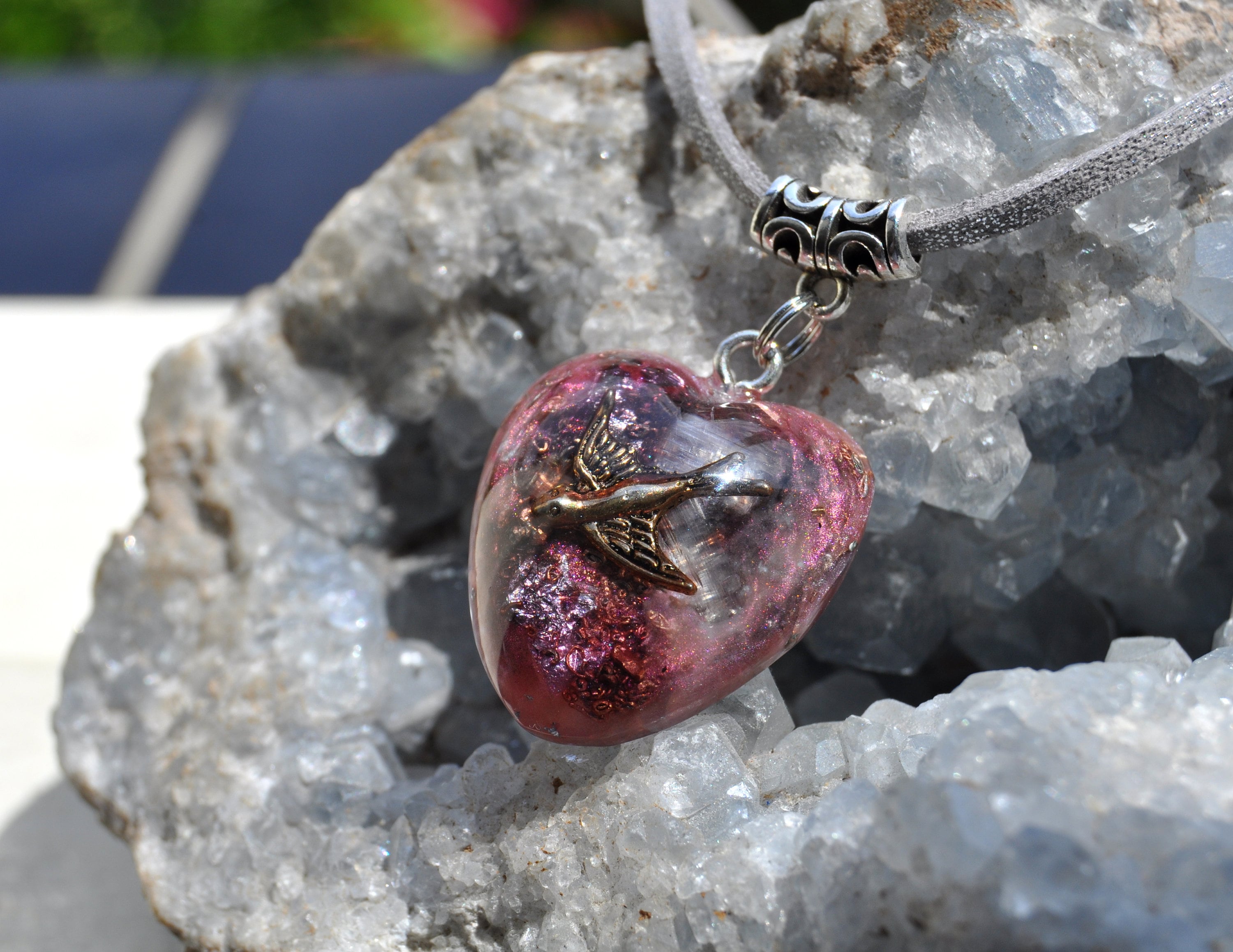 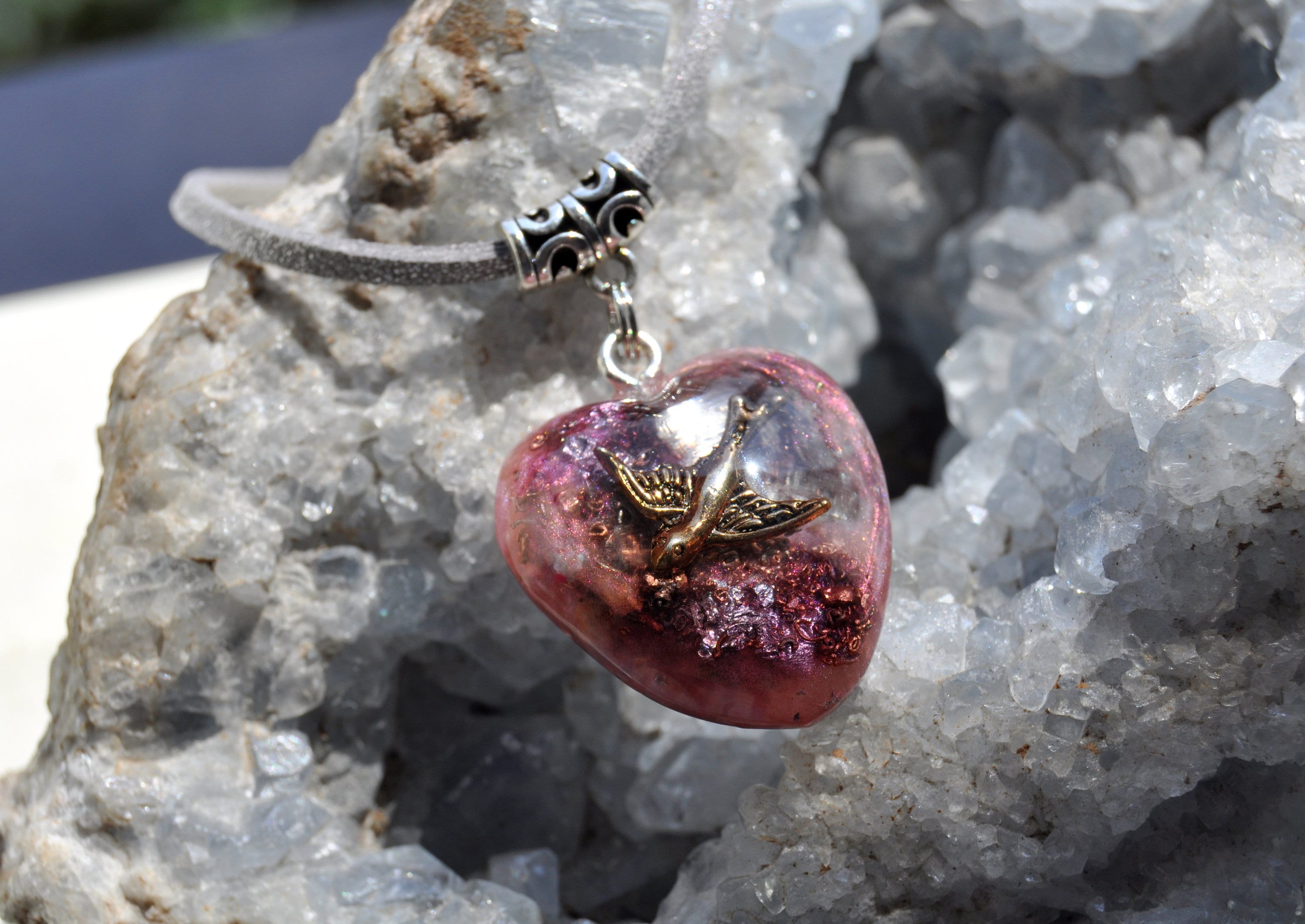 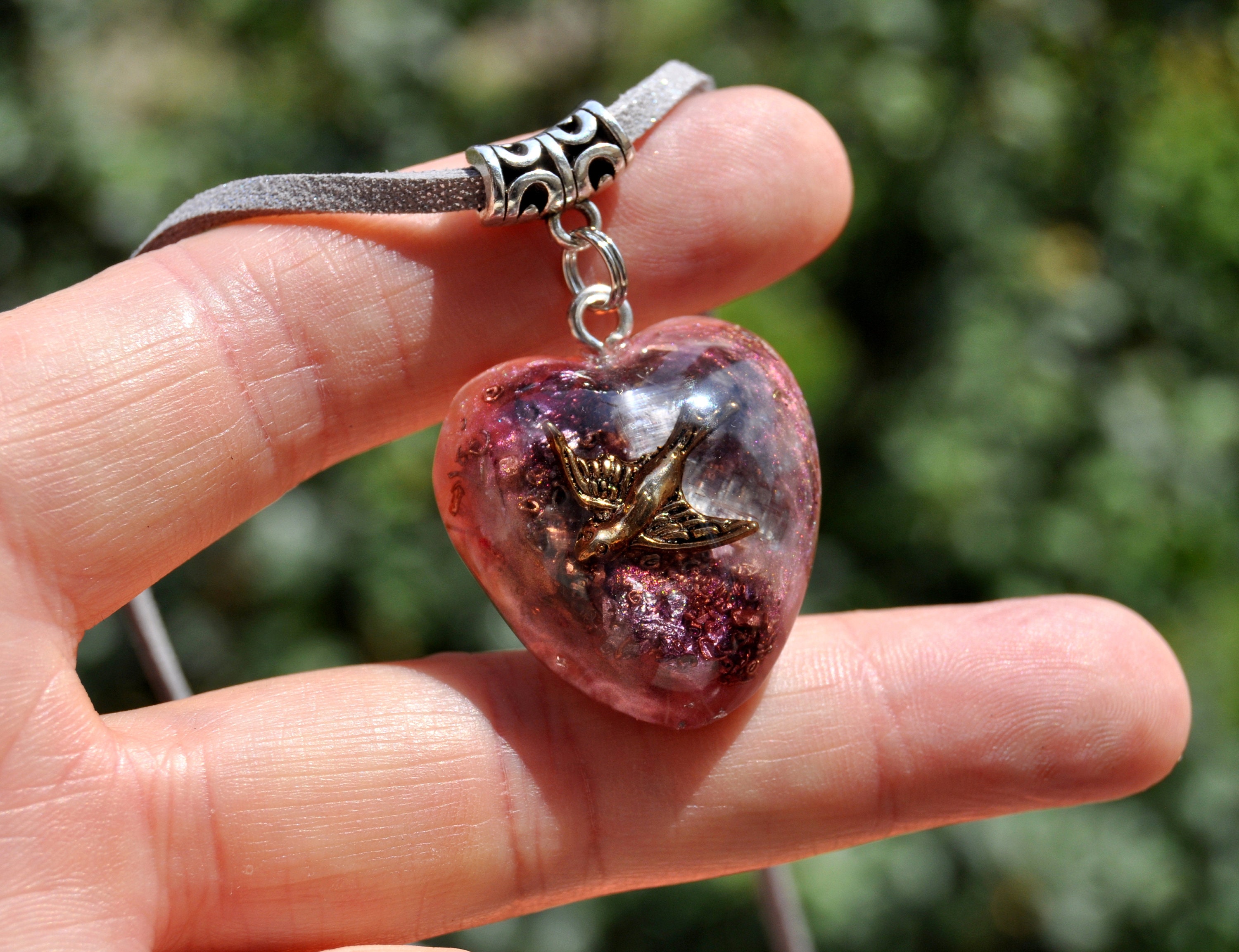 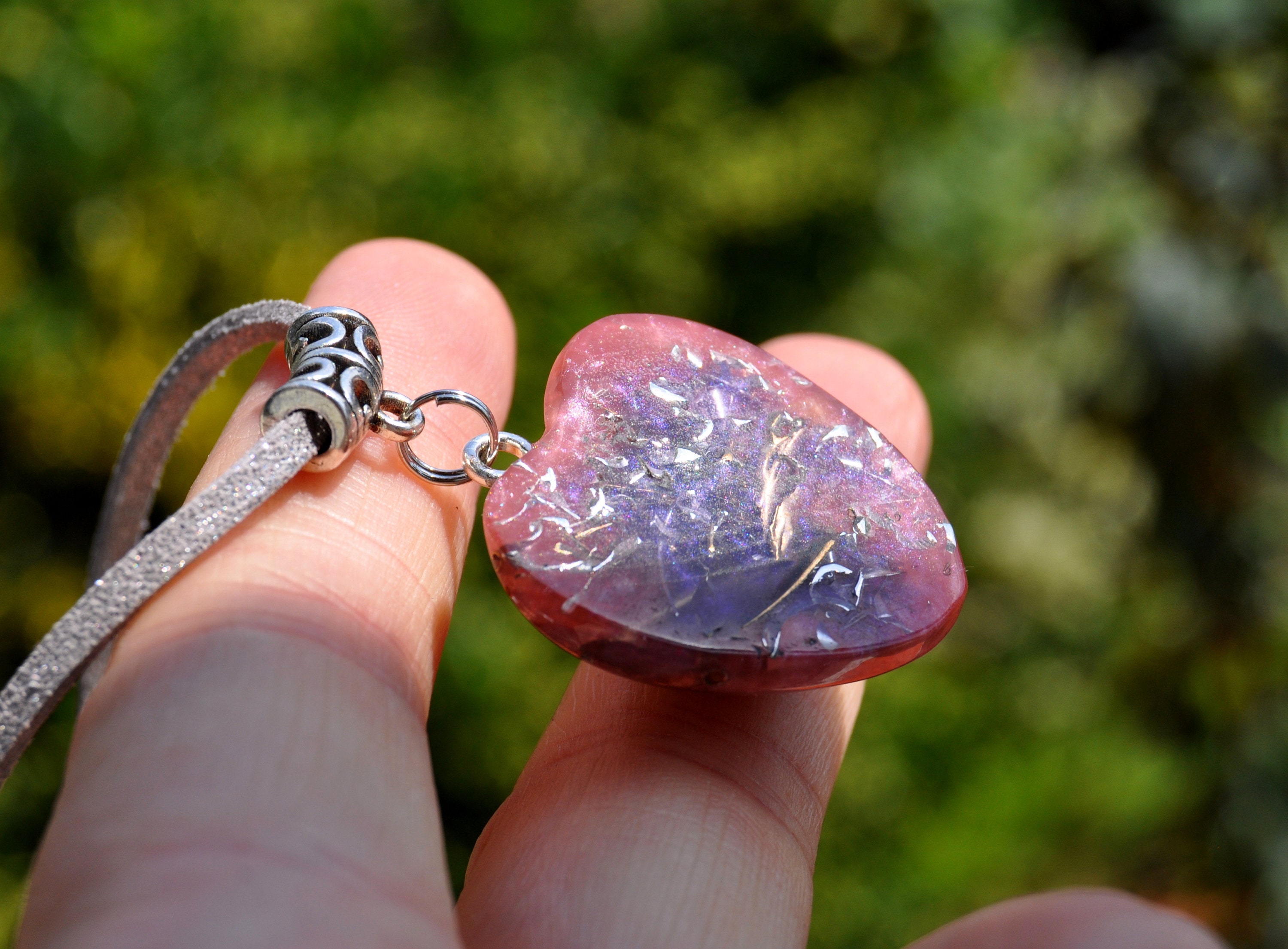 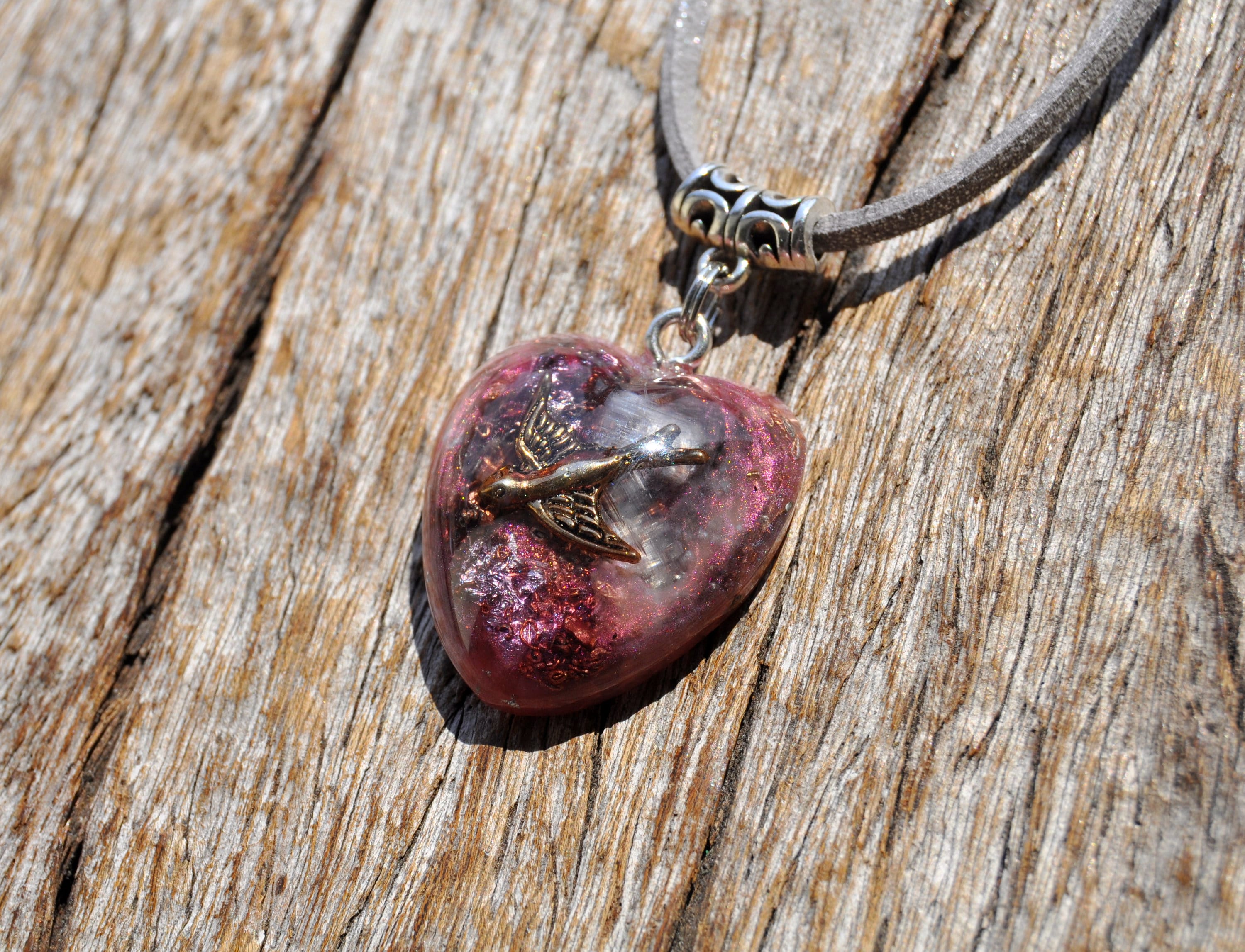 This lovely heart shaped Orgonite® pendant contains brass, aluminium, copper and bronze shavings. It consists of clear quartz and Selenite all within an organic resin setting.

It has a cute Sparrow in the front.