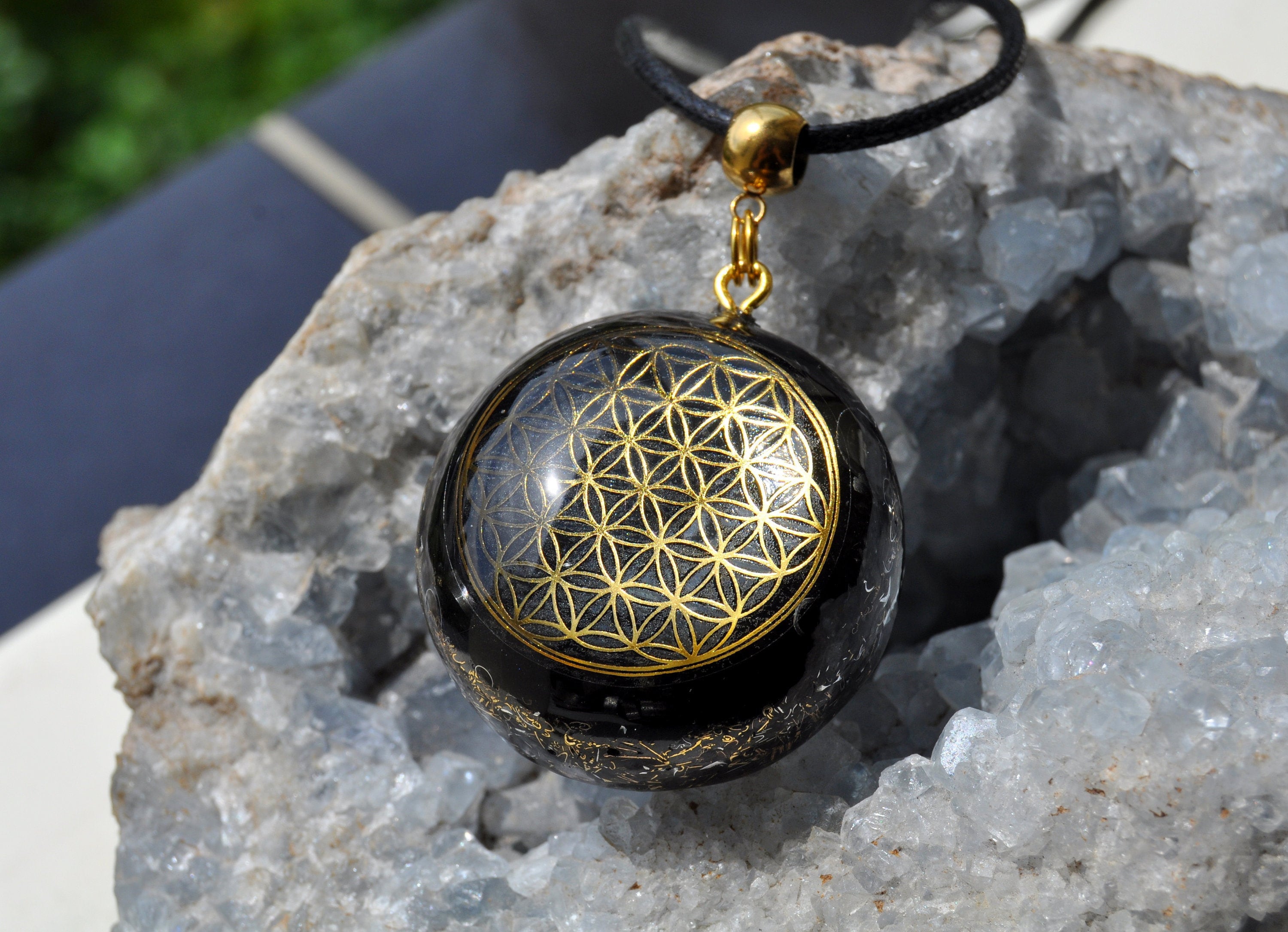 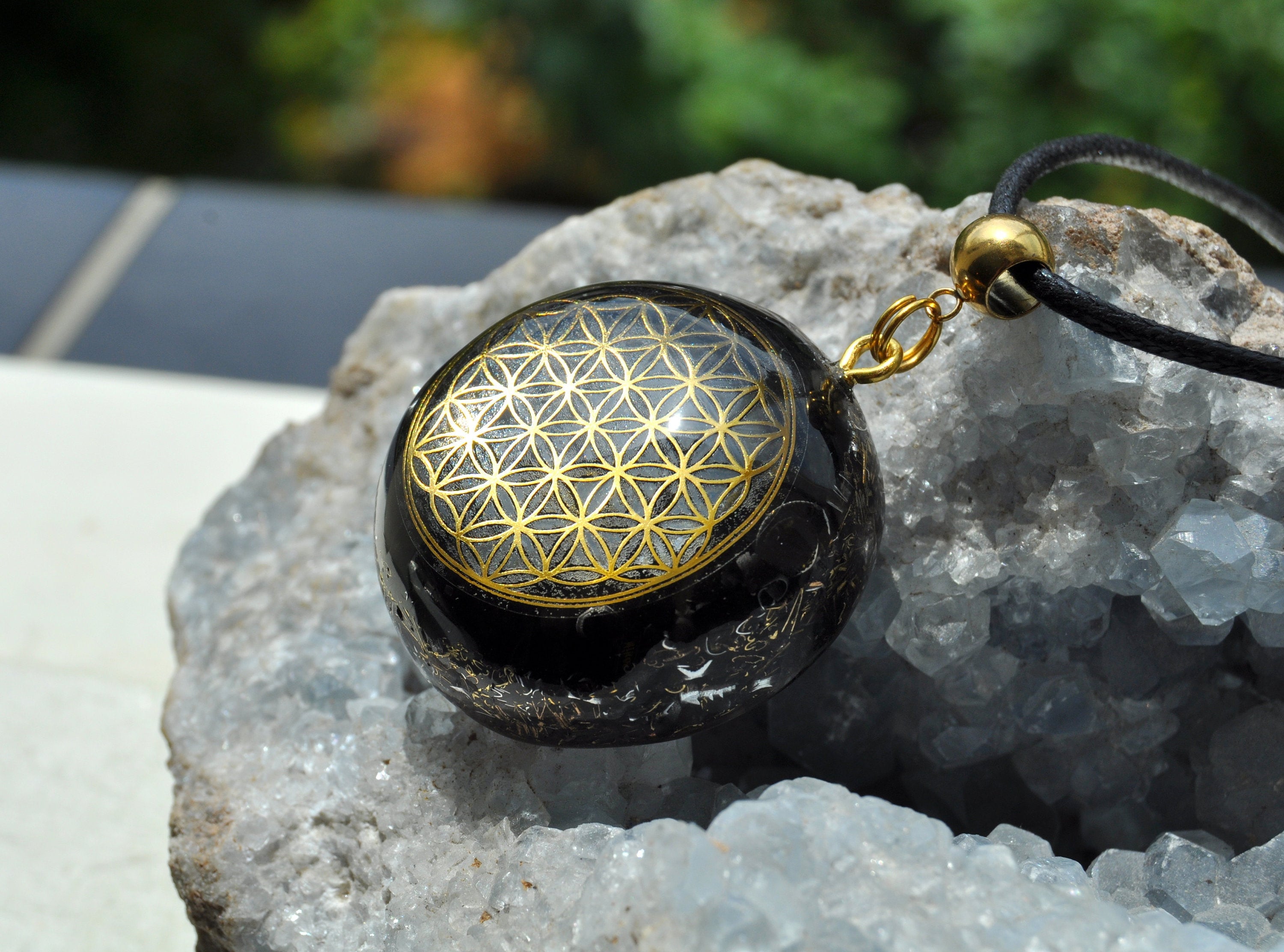 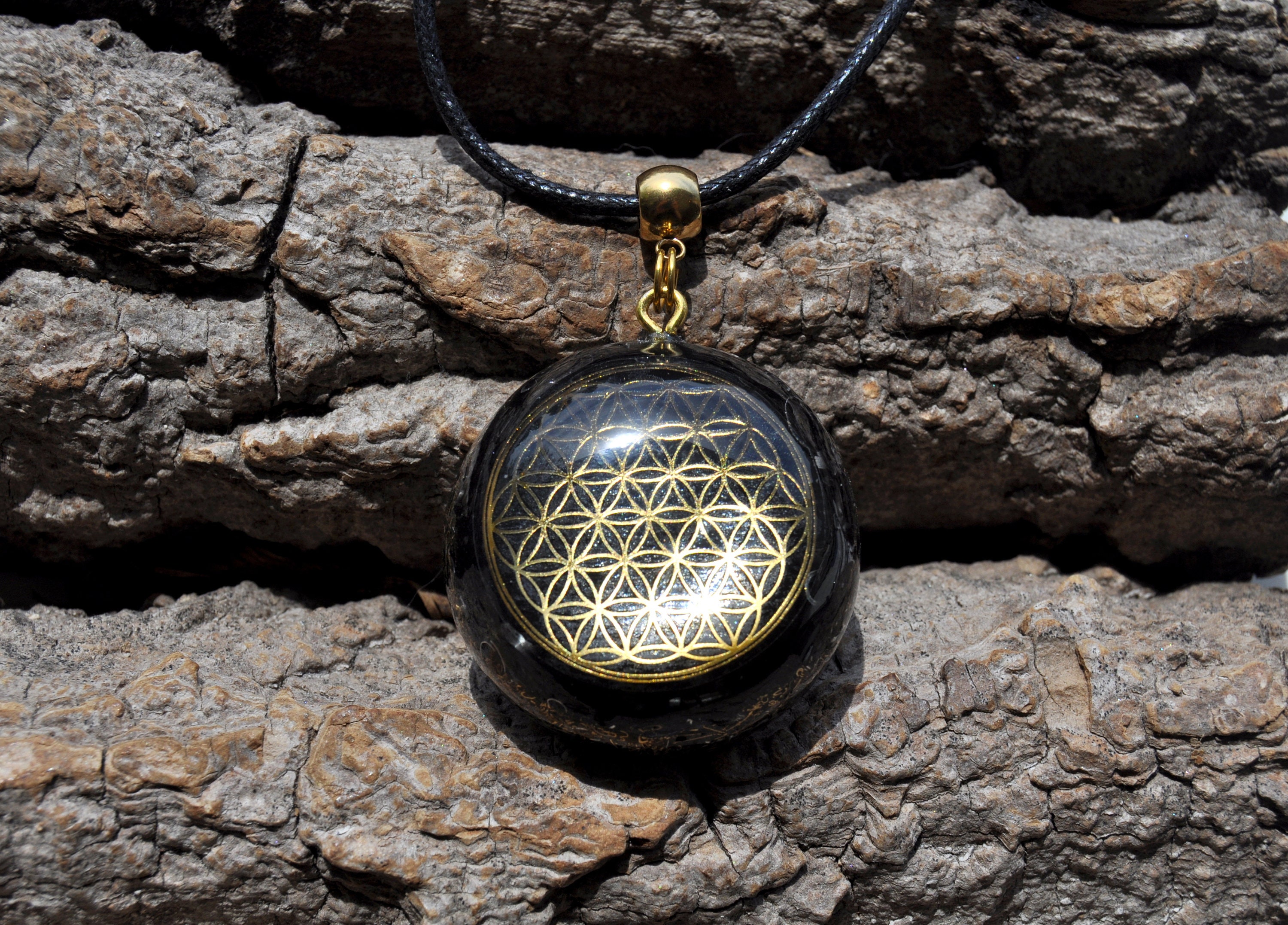 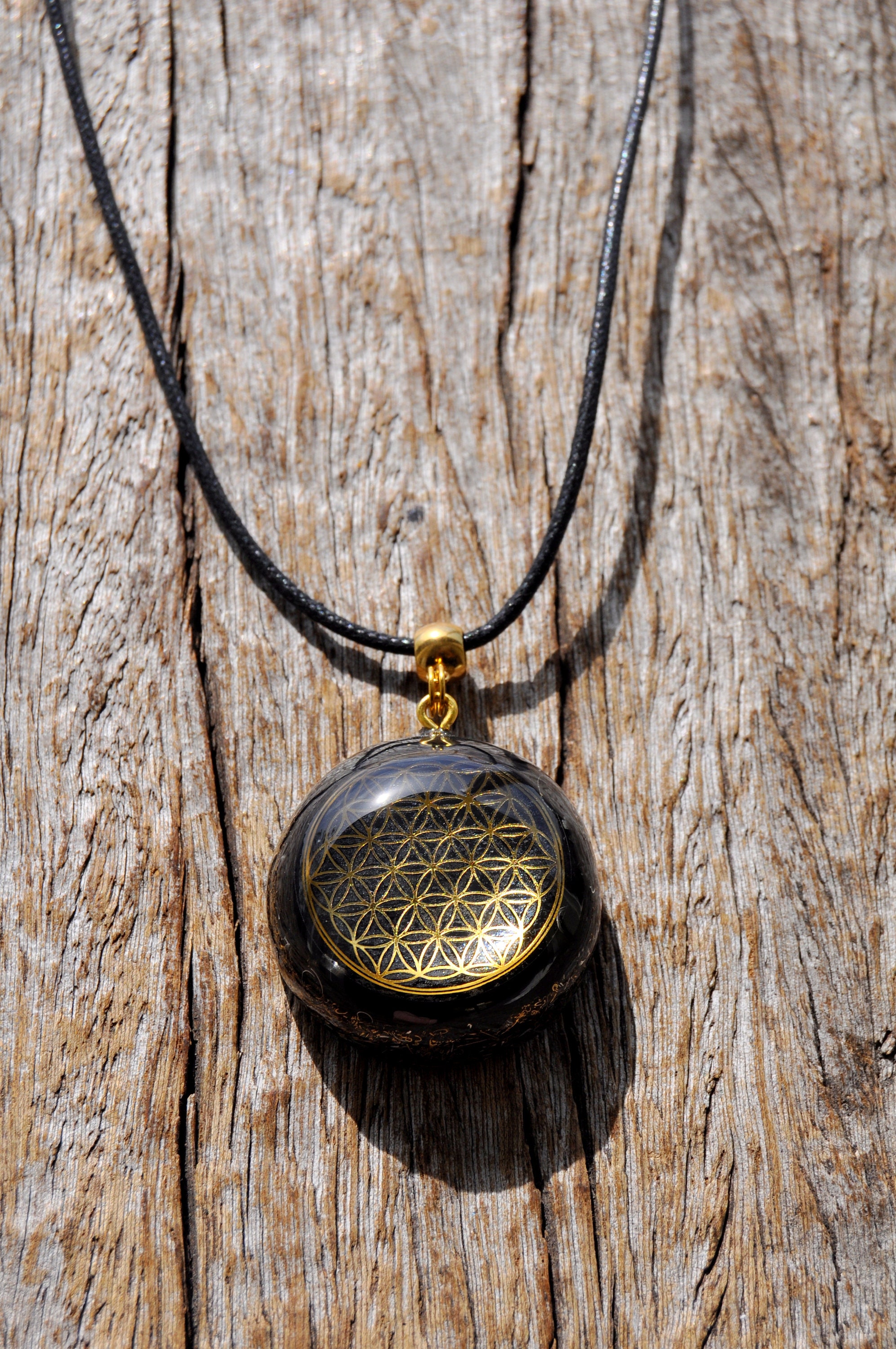 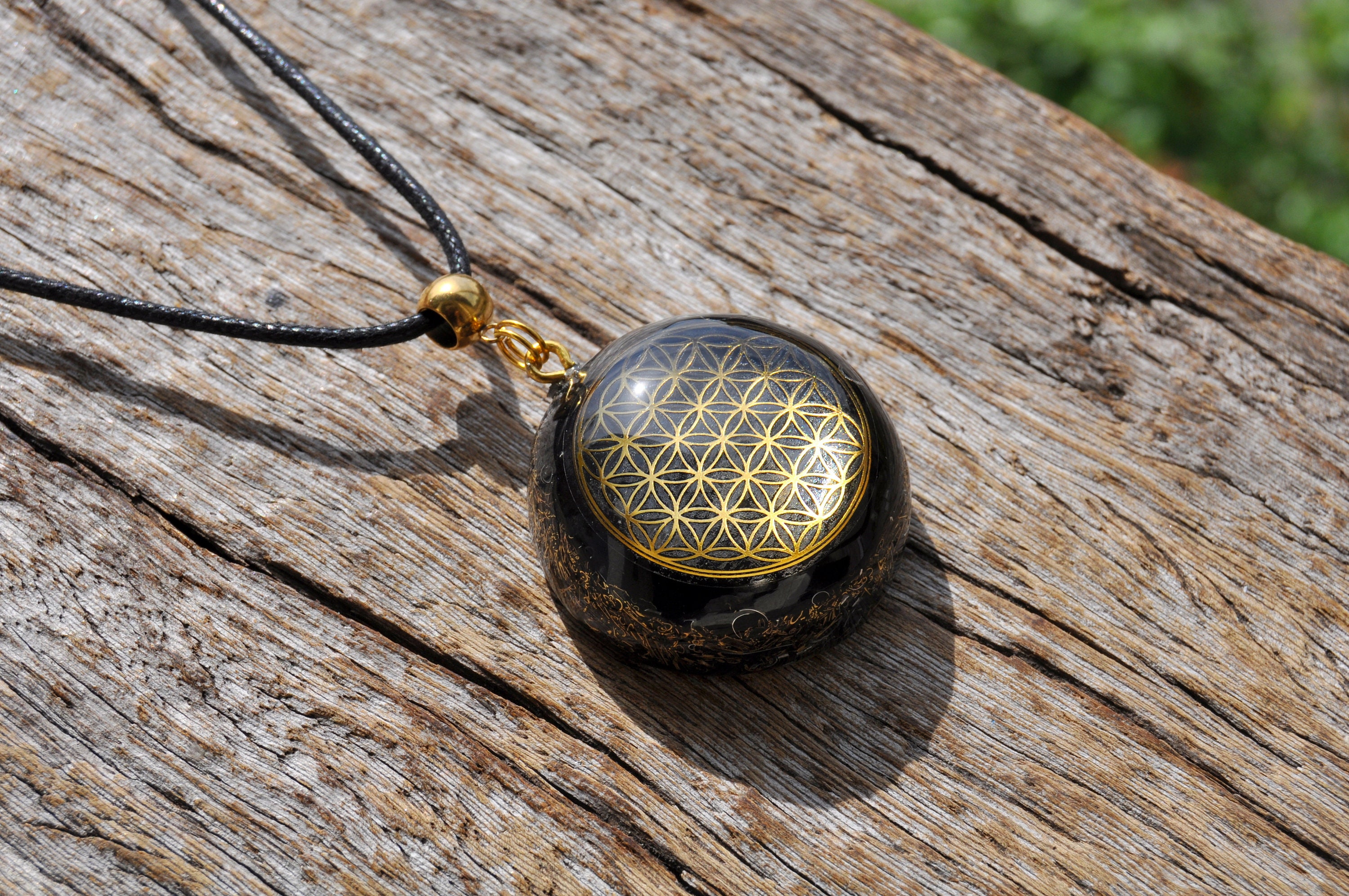 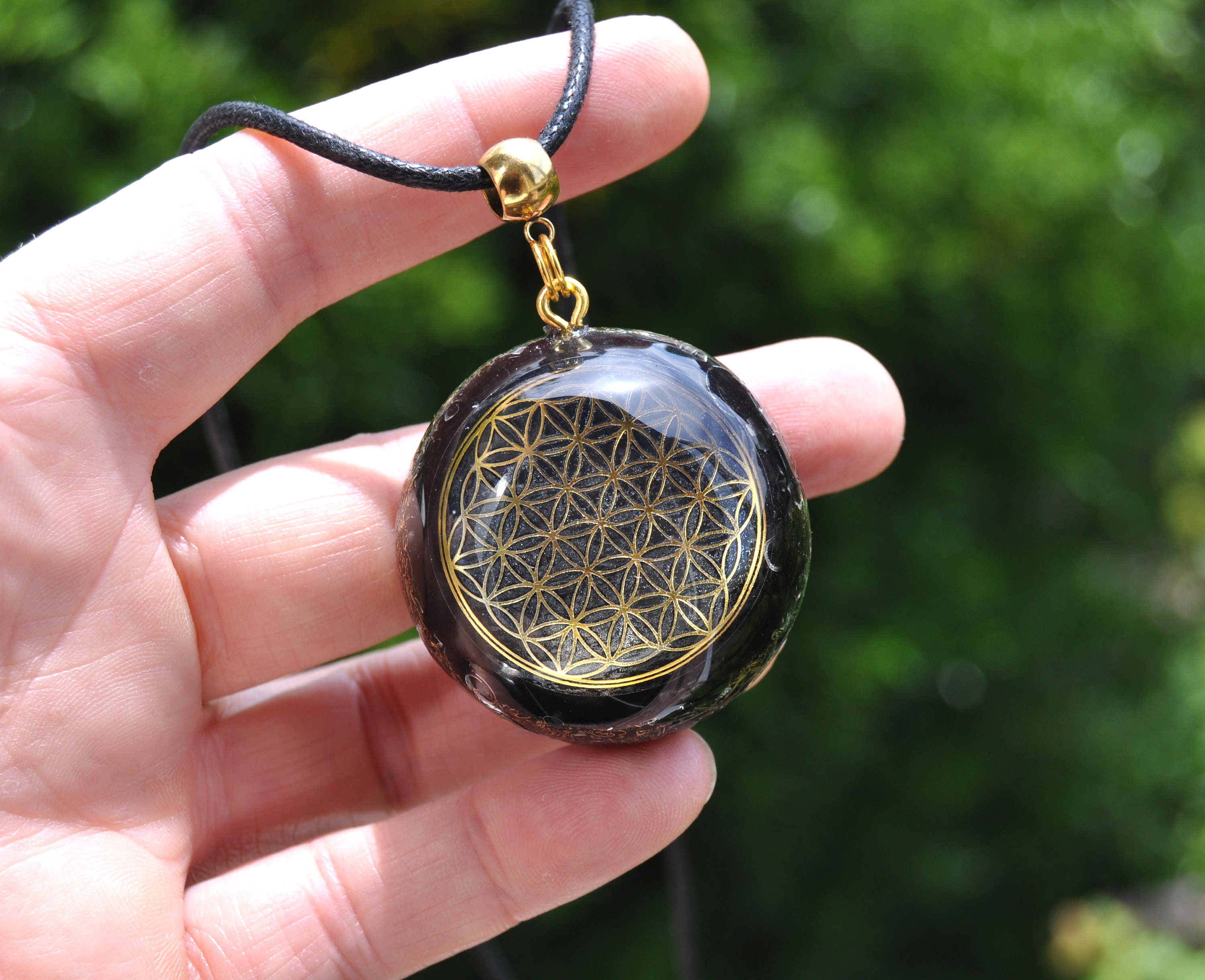 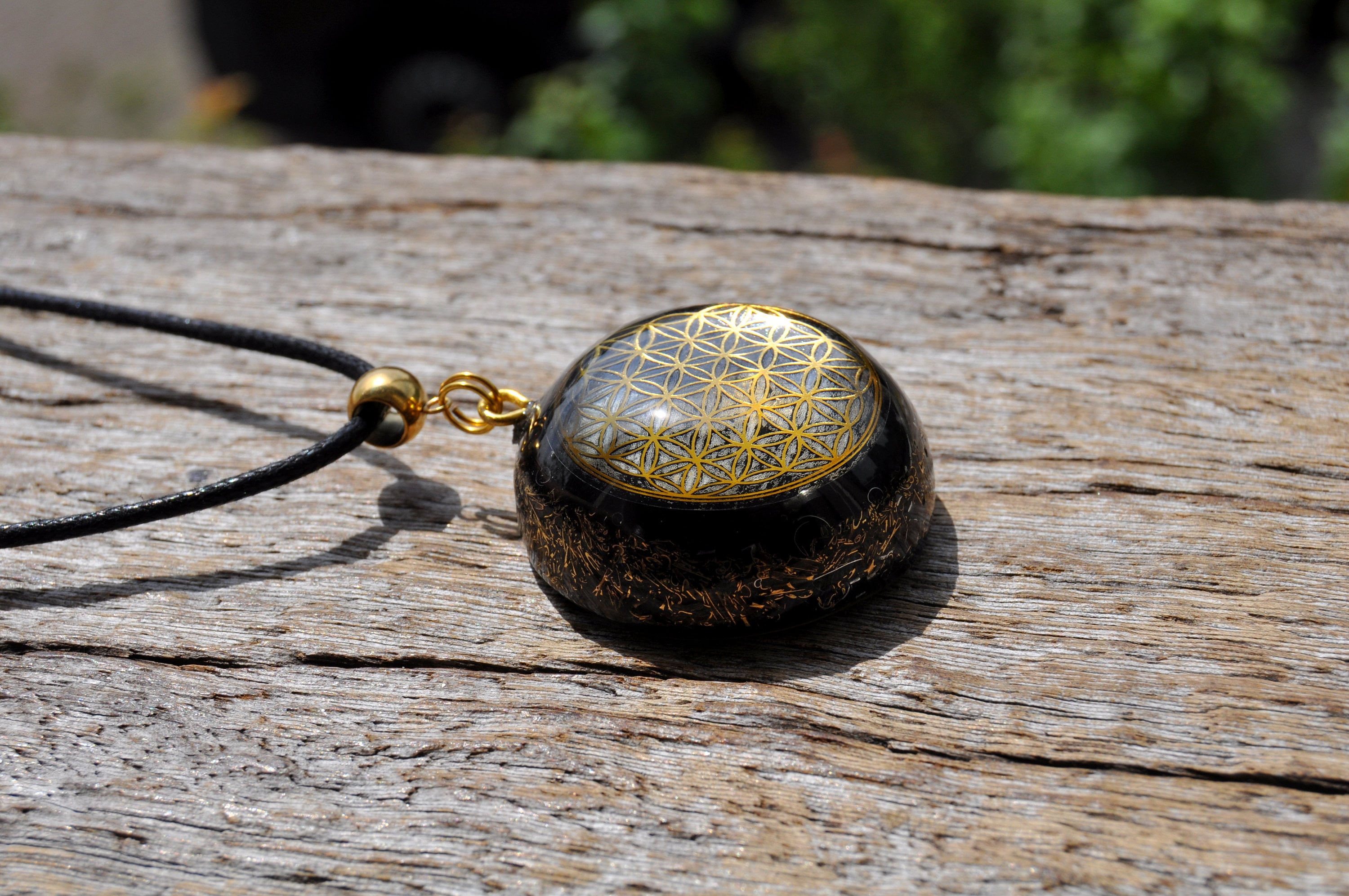 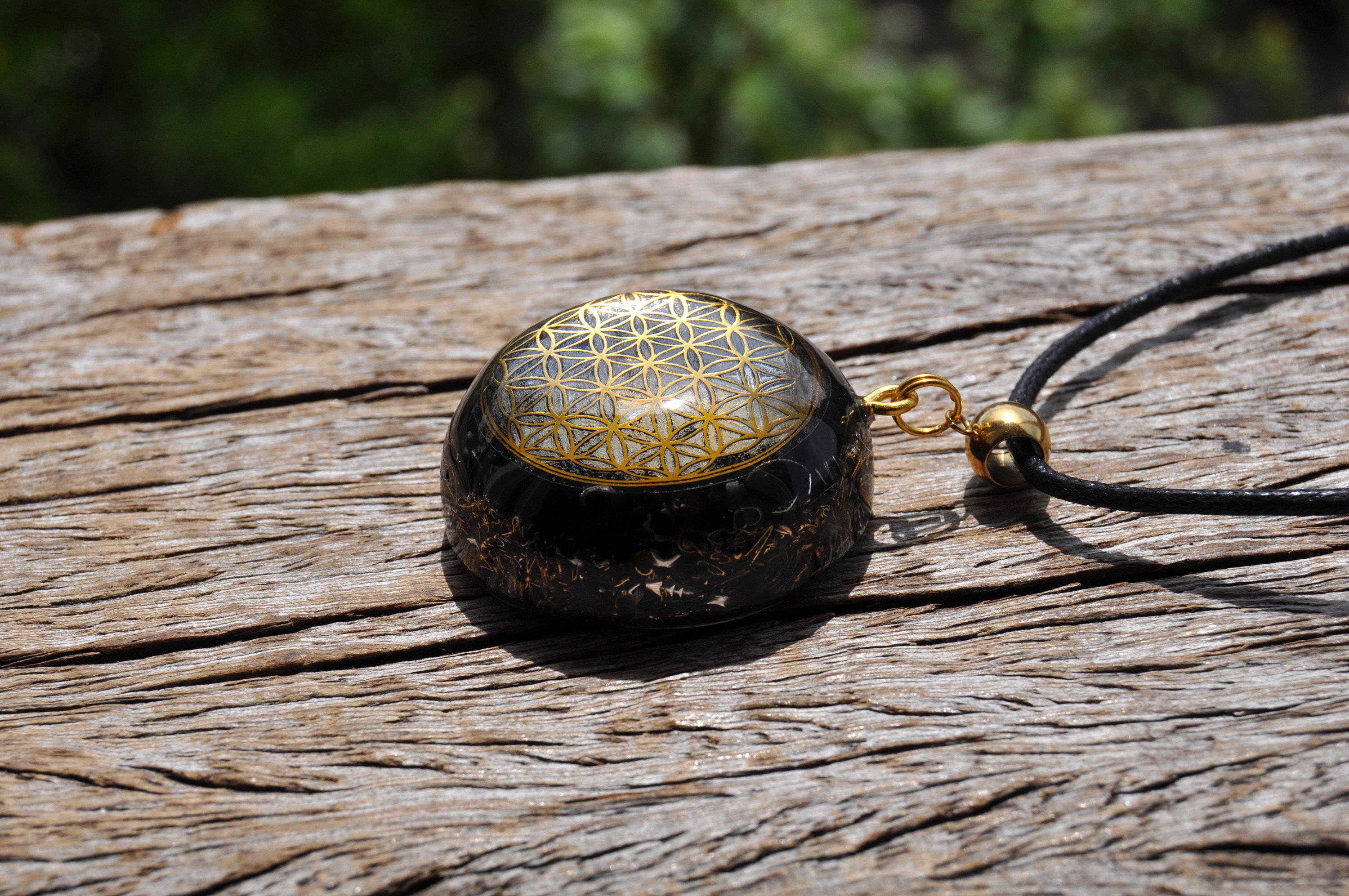 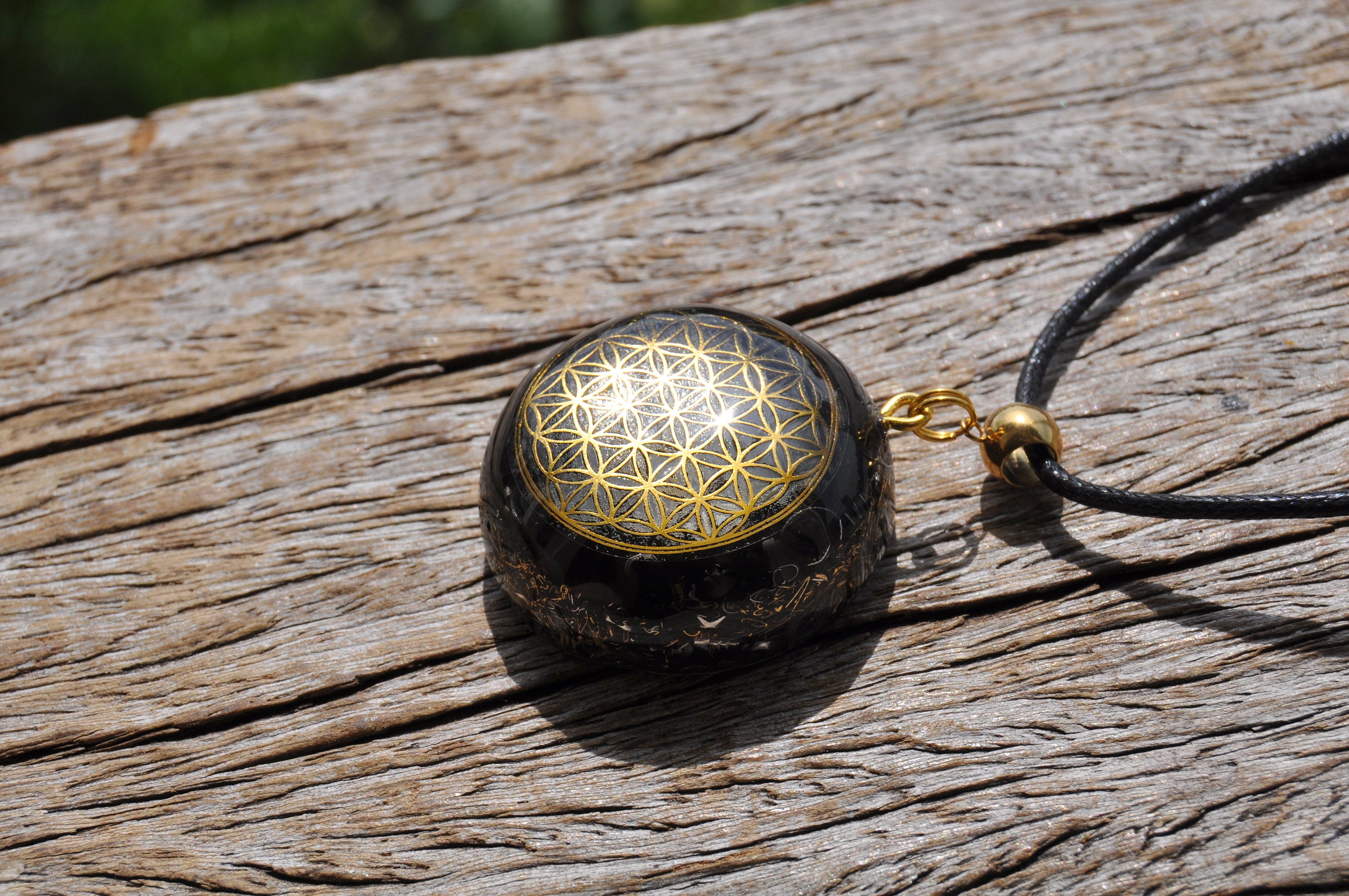 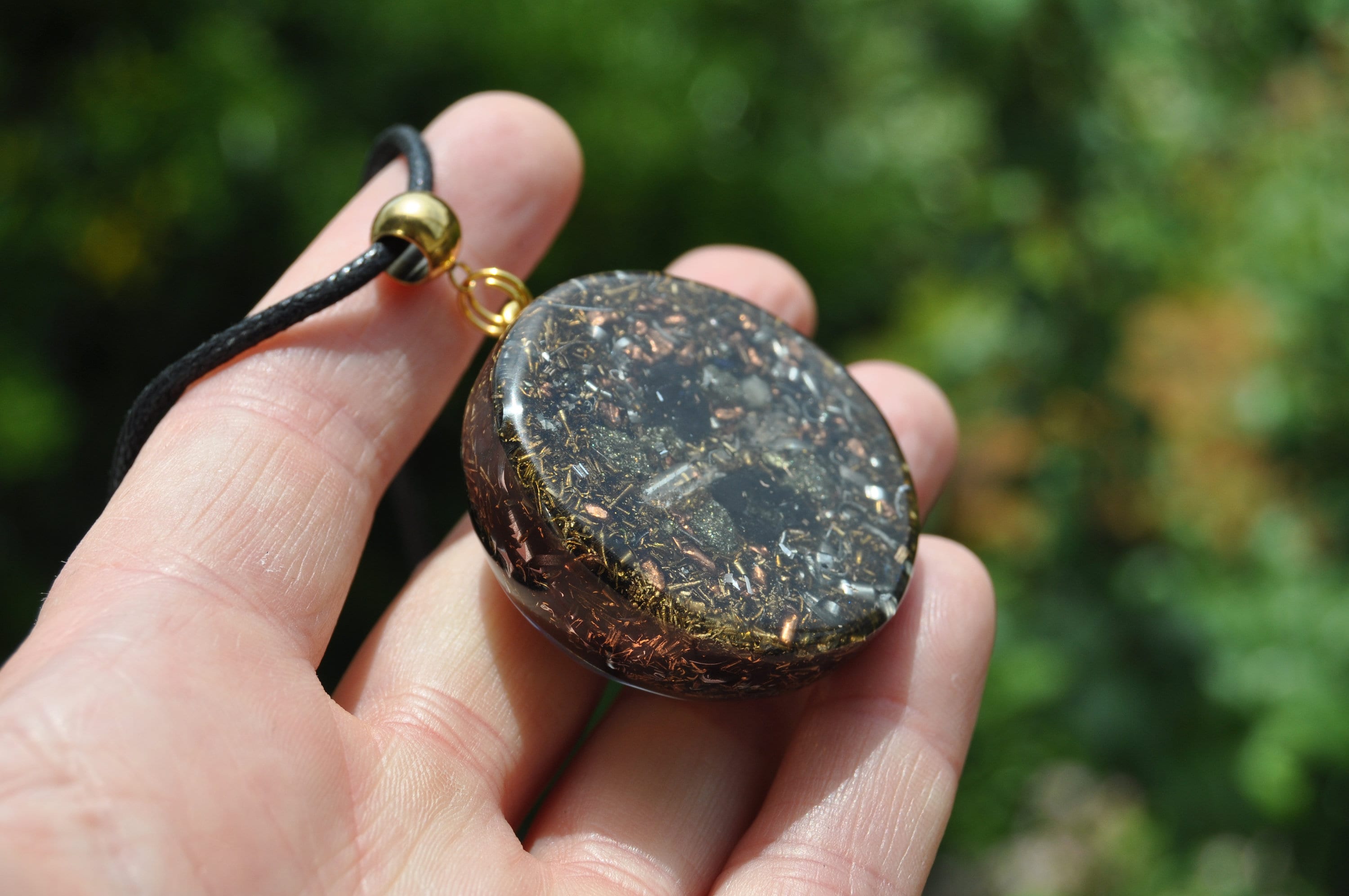 This unique 4 cm / 1.6" in diameter Orgonite® pendant with Flower of Life contains at least 50% brass, copper, bronze and aluminium shavings. The main stone is black Tourmaline.
The pendant consists of Rose Quartz (self love), Pyrite (to enhance and protect), Selenite (to clean and charge the other crystals), black Tourmaline (to protect and ground excess energy), Elite Shungite (protection), Rhodizite (to amplify the other crystals) and clear quartz (for piezo-electric effect) all within a durable resin setting.