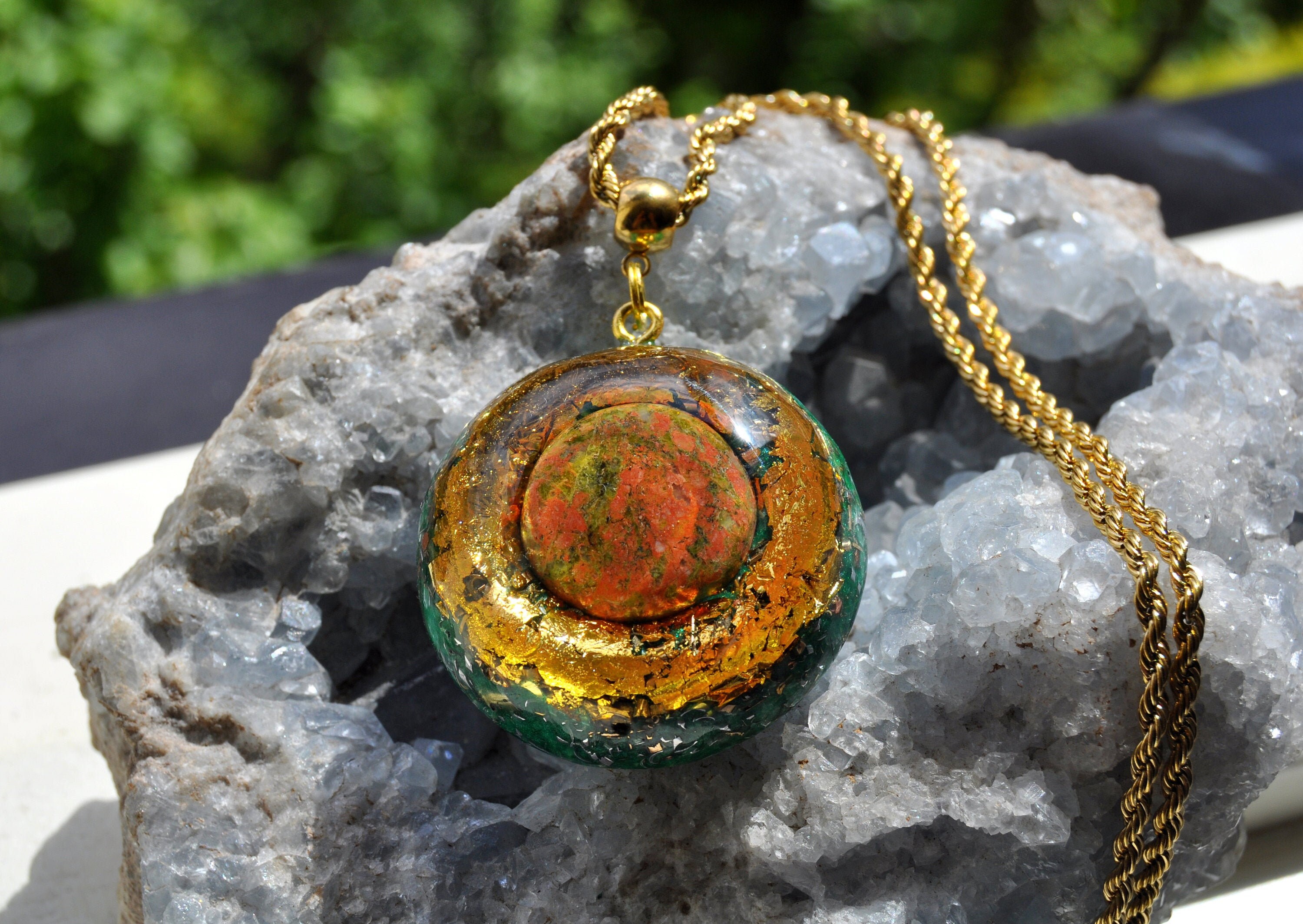 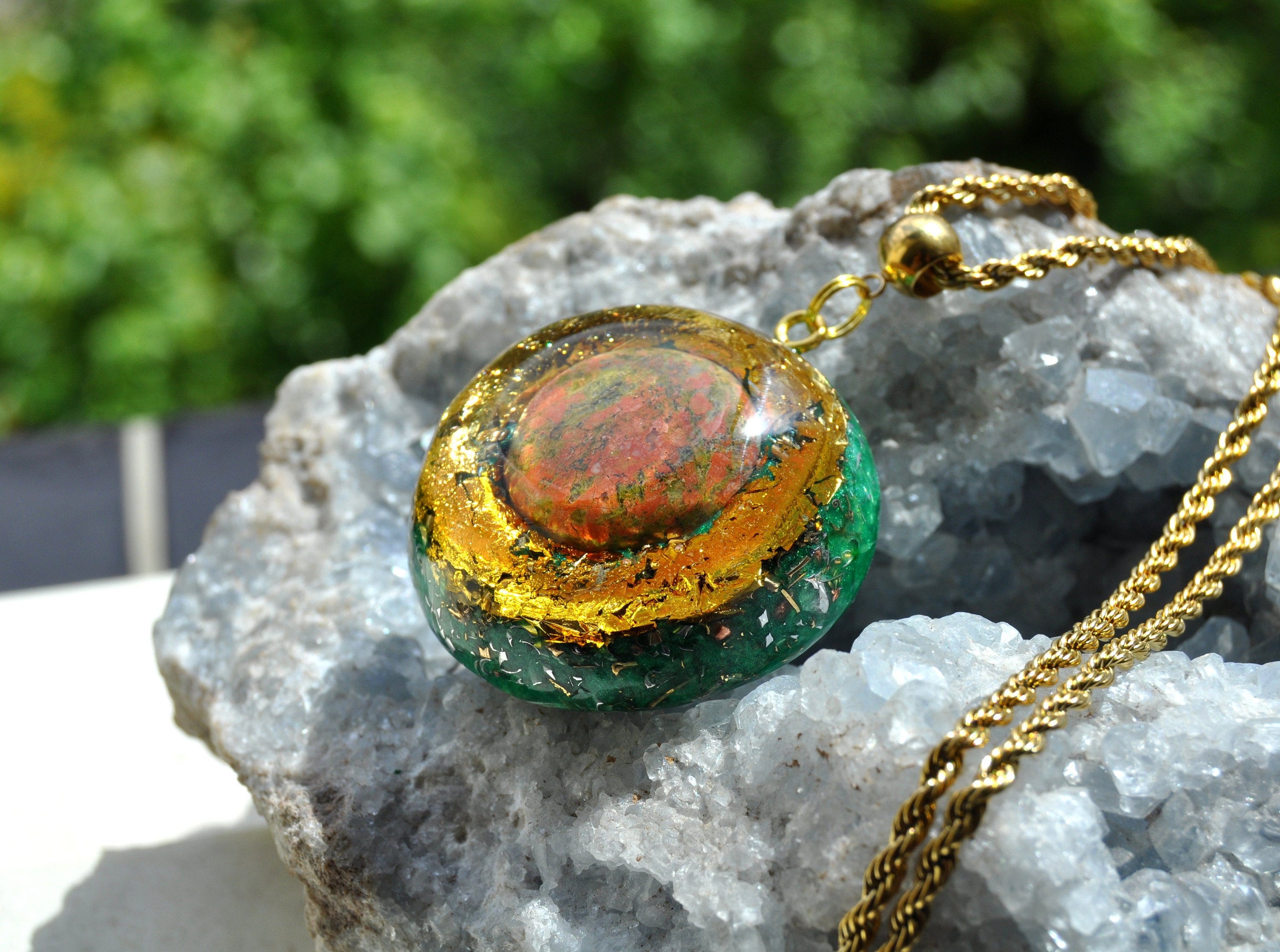 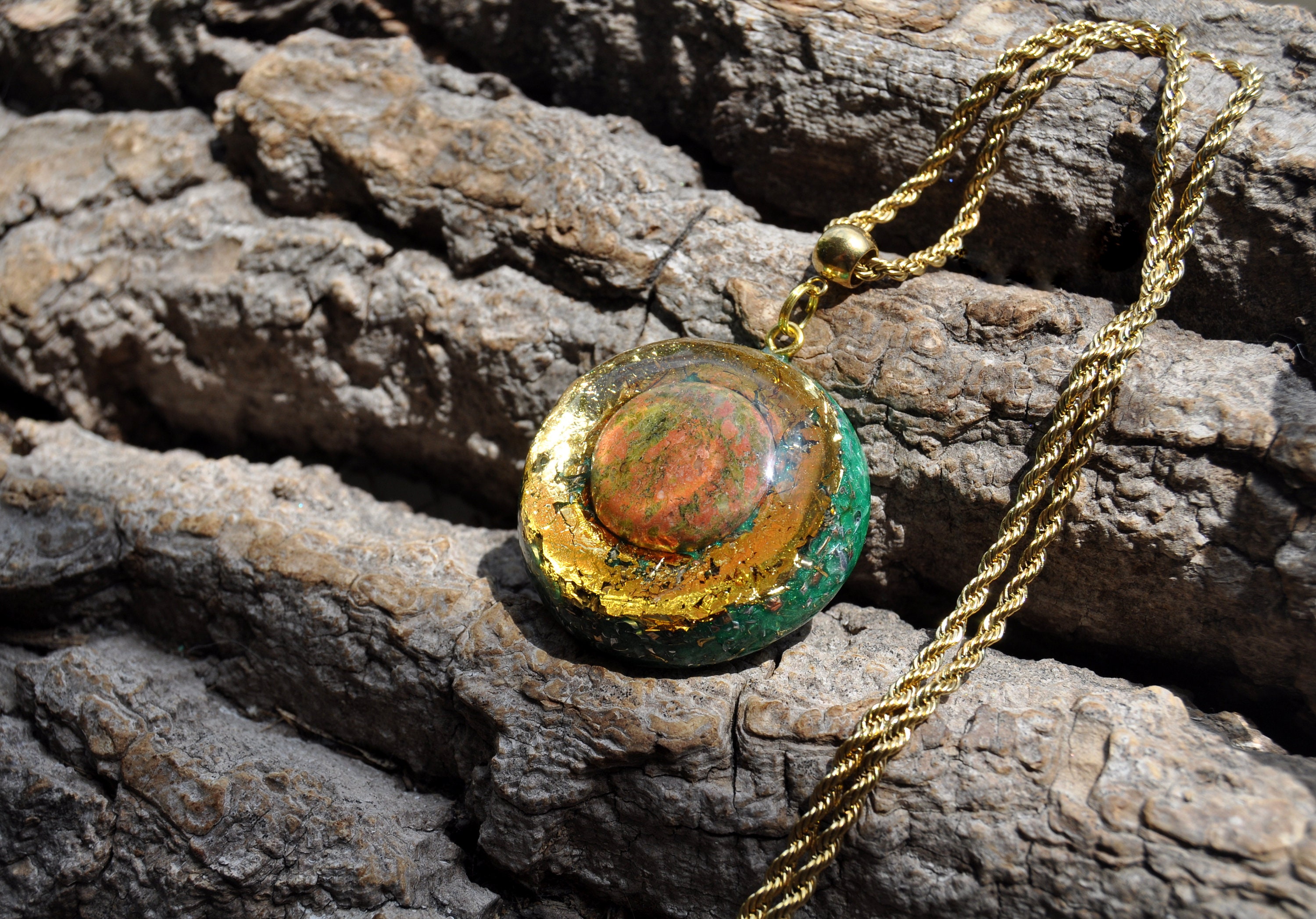 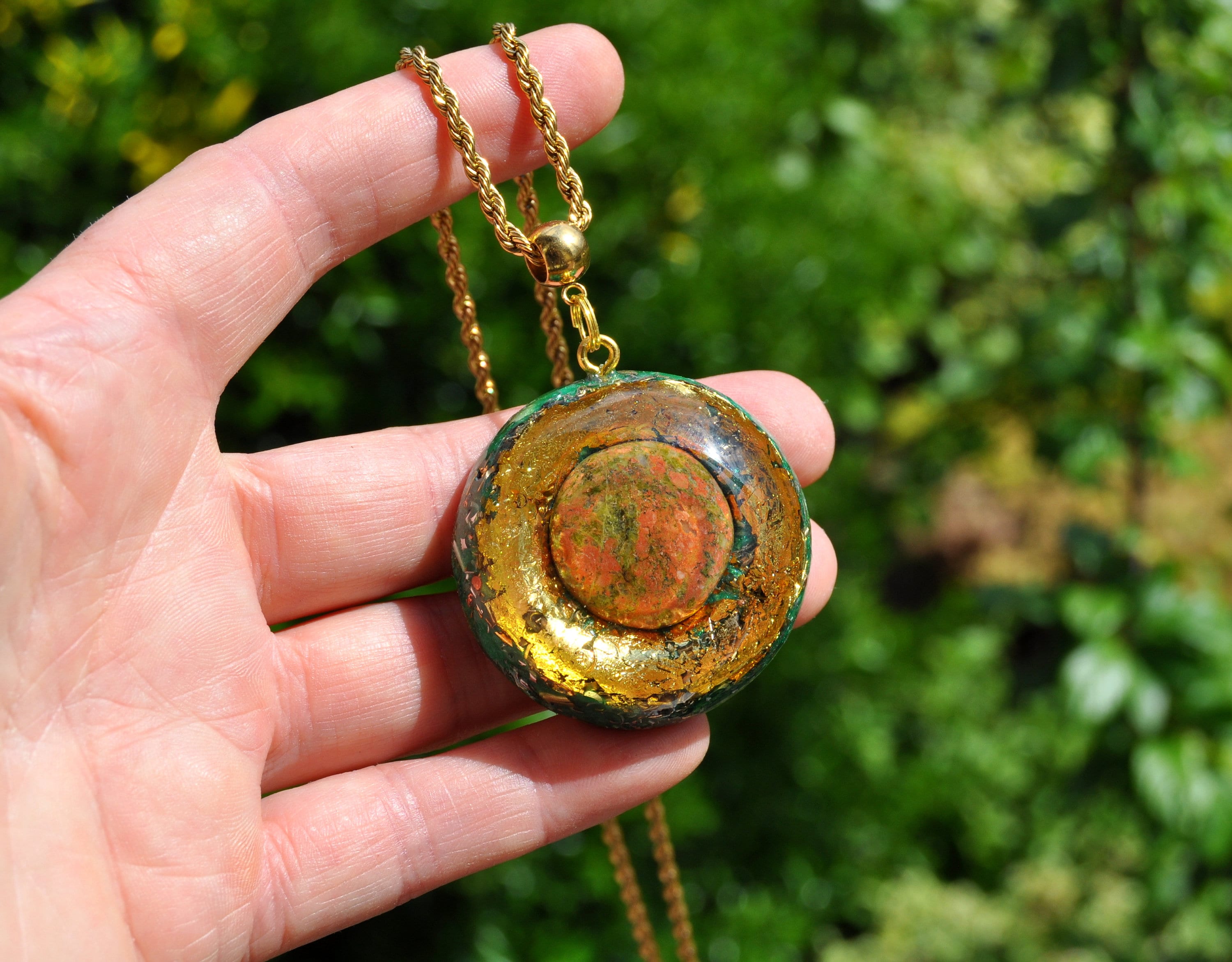 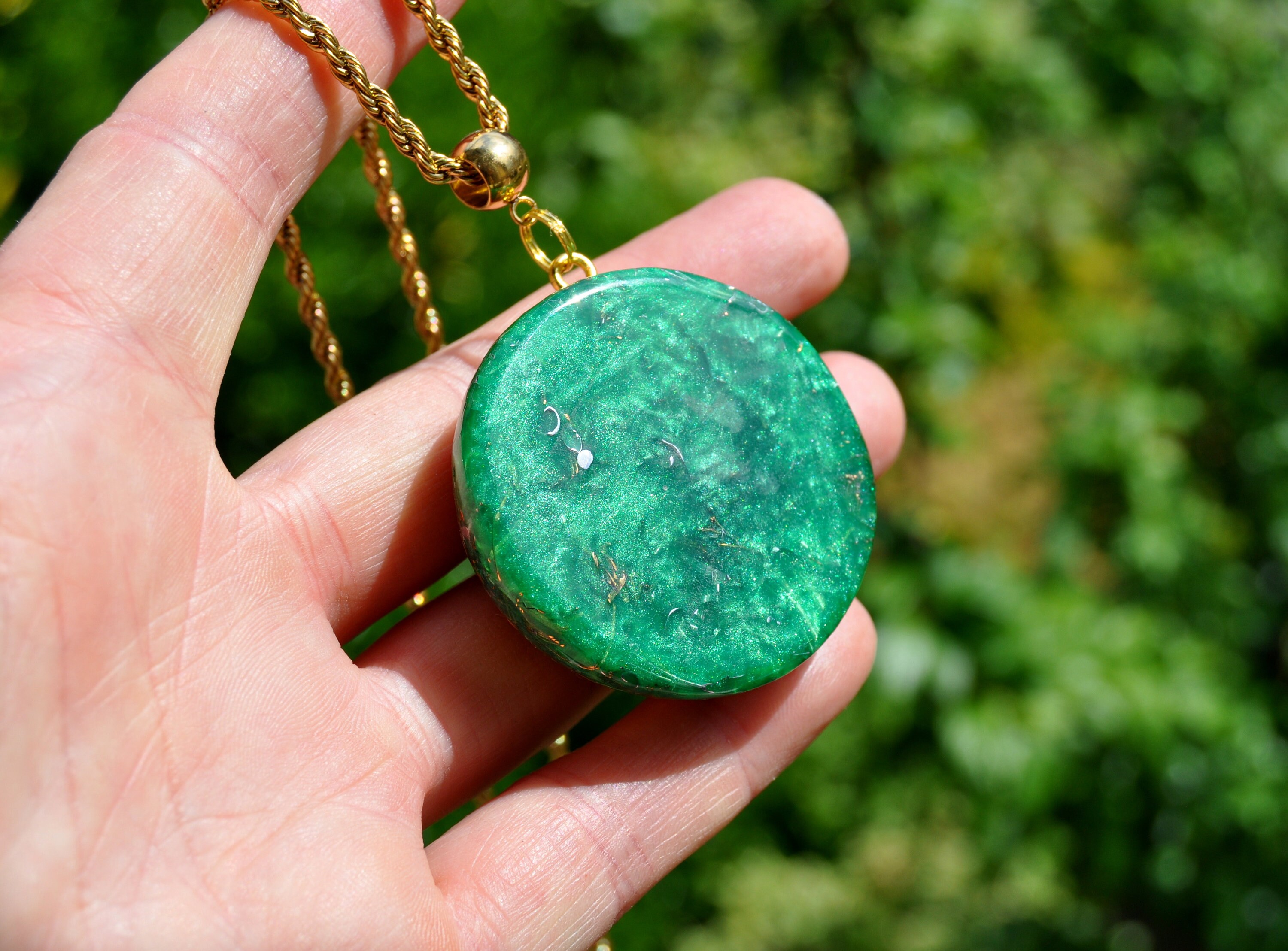 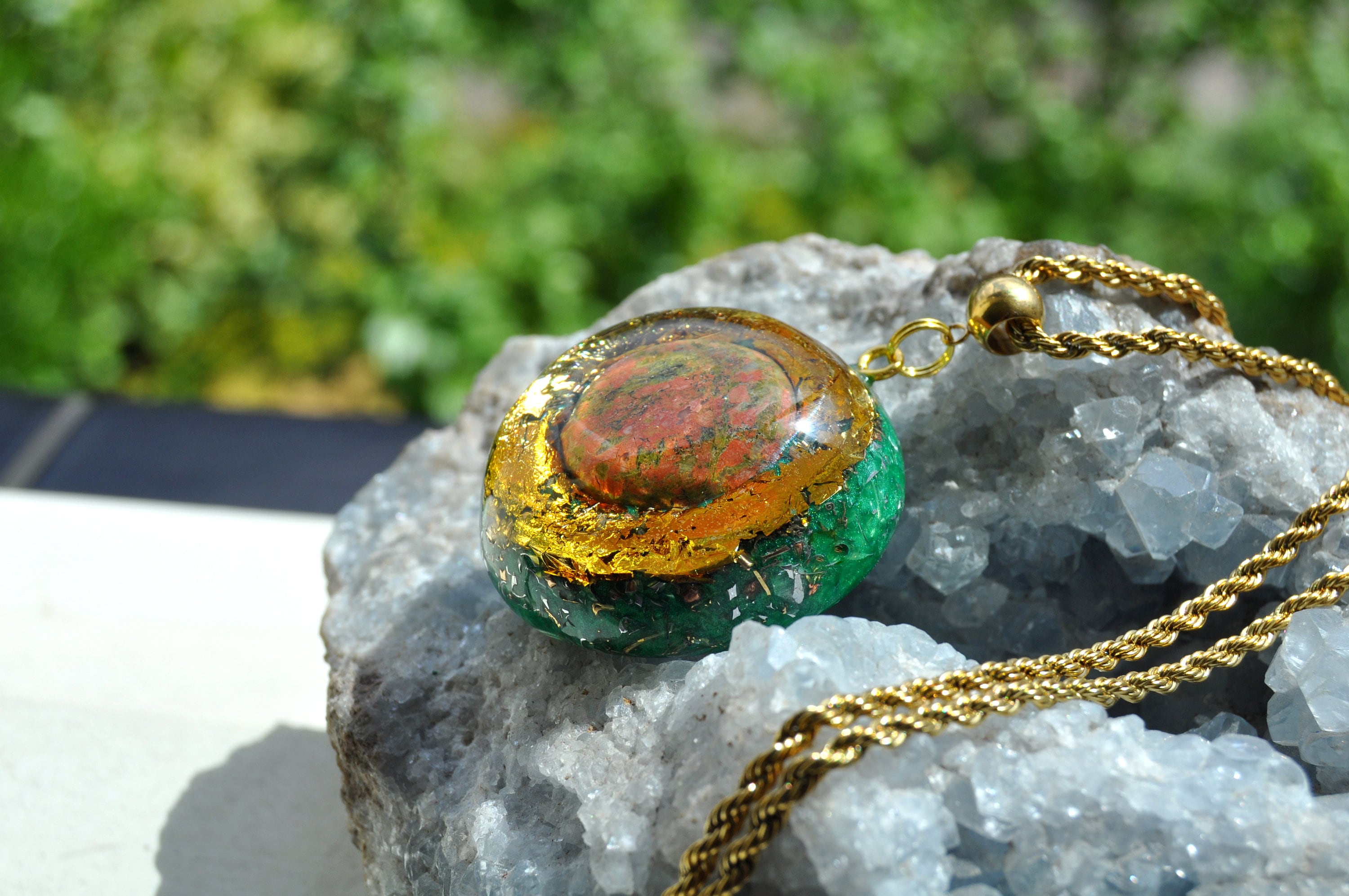 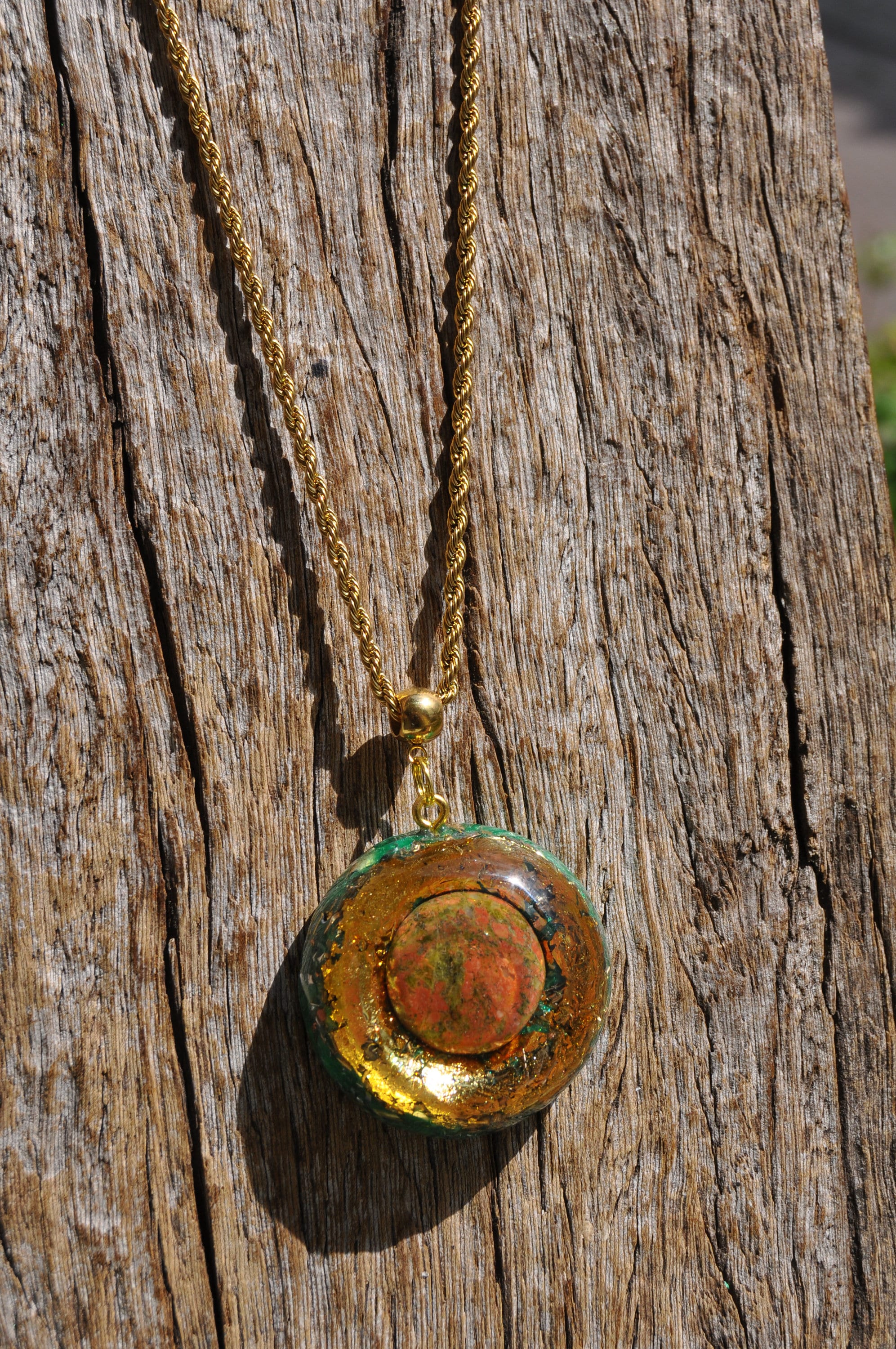 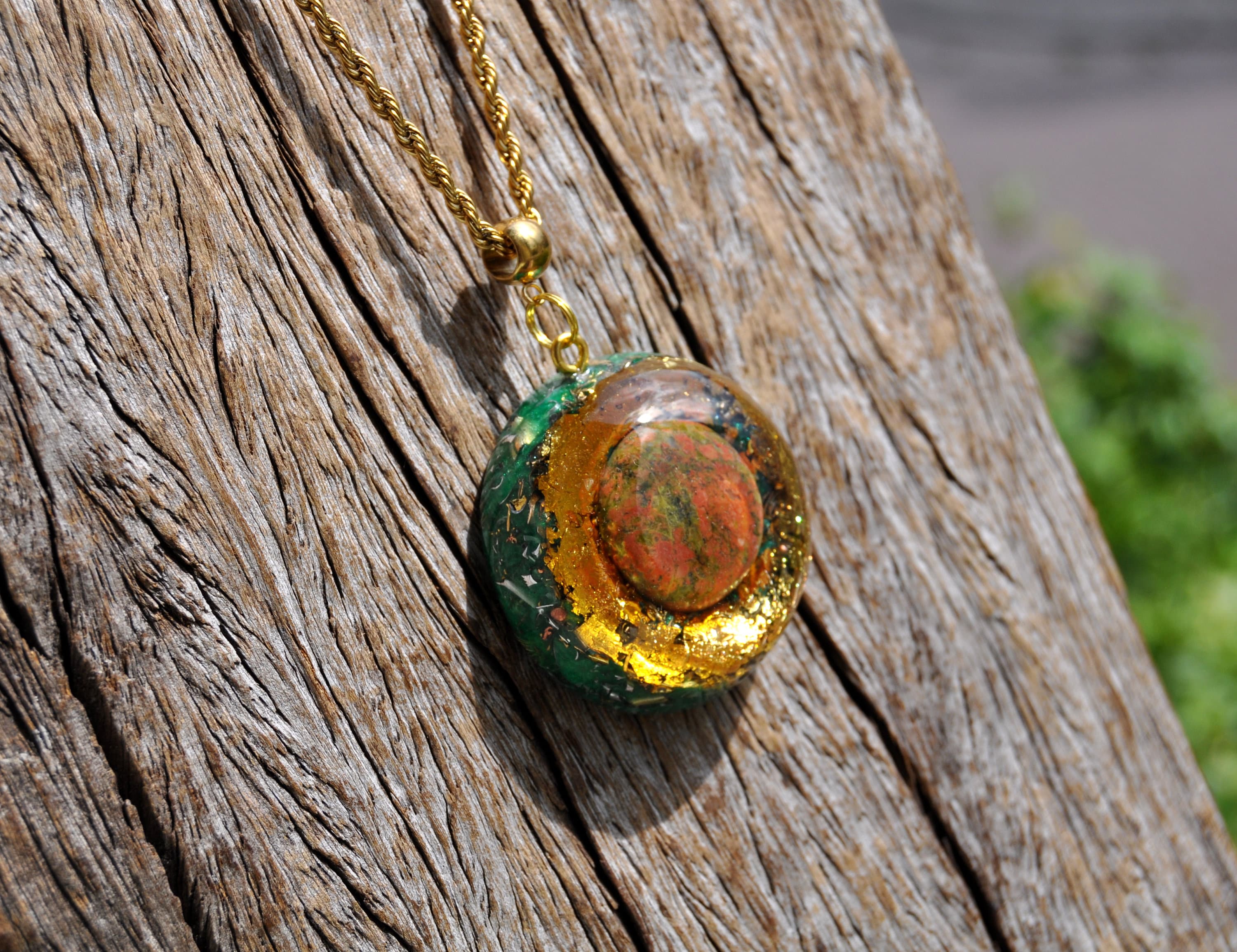 This unique 4.2 cm / 1.65" in diameter Orgonite® pendant is made out of lots of brass, aluminium, bronze and copper shavings. According to Wilhelm Reich's research lots of metal shavings are neccessary to remove stagnant energy. You will get the pendant as shown in the pictures.

The main stone is a polished Unakite which you can see in the front and it is surrounded with 24K leaf Gold. Furthermore it consists Rose Quartz (self love), Elite Shungite (emf protection), black Tourmaline (to protect and ground excess energy), Rose Quartz (love, selflove), Selenite (to charge and clean the other crystals), Rhodizite (to amplify) and clear quartz (for piezo-electric effect) all within a durable resin setting.

Unakite can be used to draw off negative energy and blockage from the Heart Chakra and can be used to heal issues related to the heart chakra. The heart chakra is the center for love and compassion, and people who have a closed or blocked heart chakra, may experience intense feelings of sadness, anger, loneliness, lack of empathy and resentment. You may find it very difficult to forgive other people and you tend to hold grudges. By wearing or carrying the Unakite stone, you are slowly able to heal your heart and remove some of that negativity that has been gathered over the years. It is time to let go, so that you can enjoy all the wonders of this life.

It is is also believed to help release energy blockages, that may be inhibiting your growth, and to encourage you to live in the present rather than in the past.

Unakite is said to lift your spirits when you are feeling down - this is the gemstone to help you to see the beauty in life. It is also used to uncover deception. Unakite is believed to be helpful in reducing the effects of electromagnetic smog.

It comes on a 58 cm / 22.8 inches stainless steel necklace with lobster clasp closing.