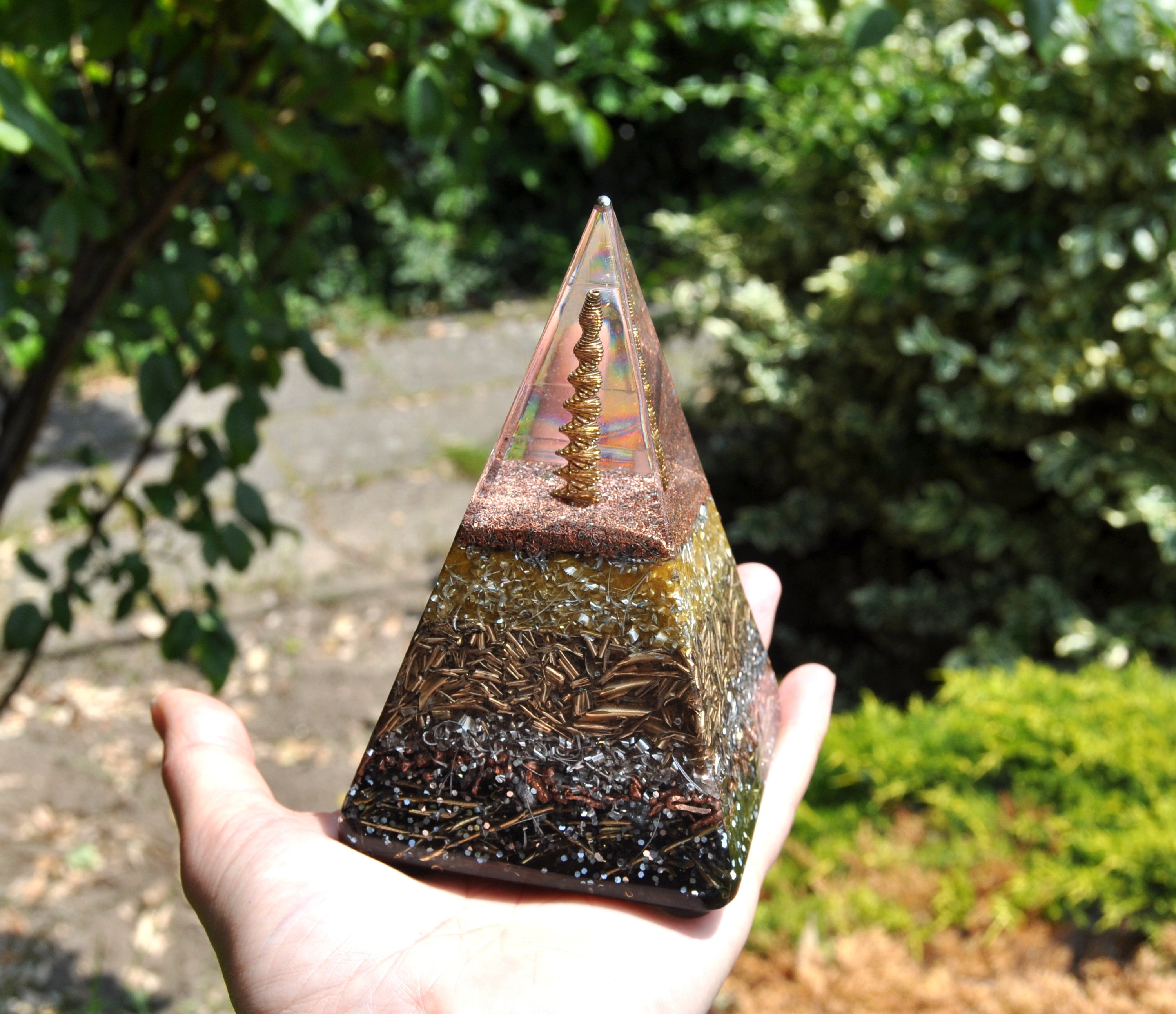 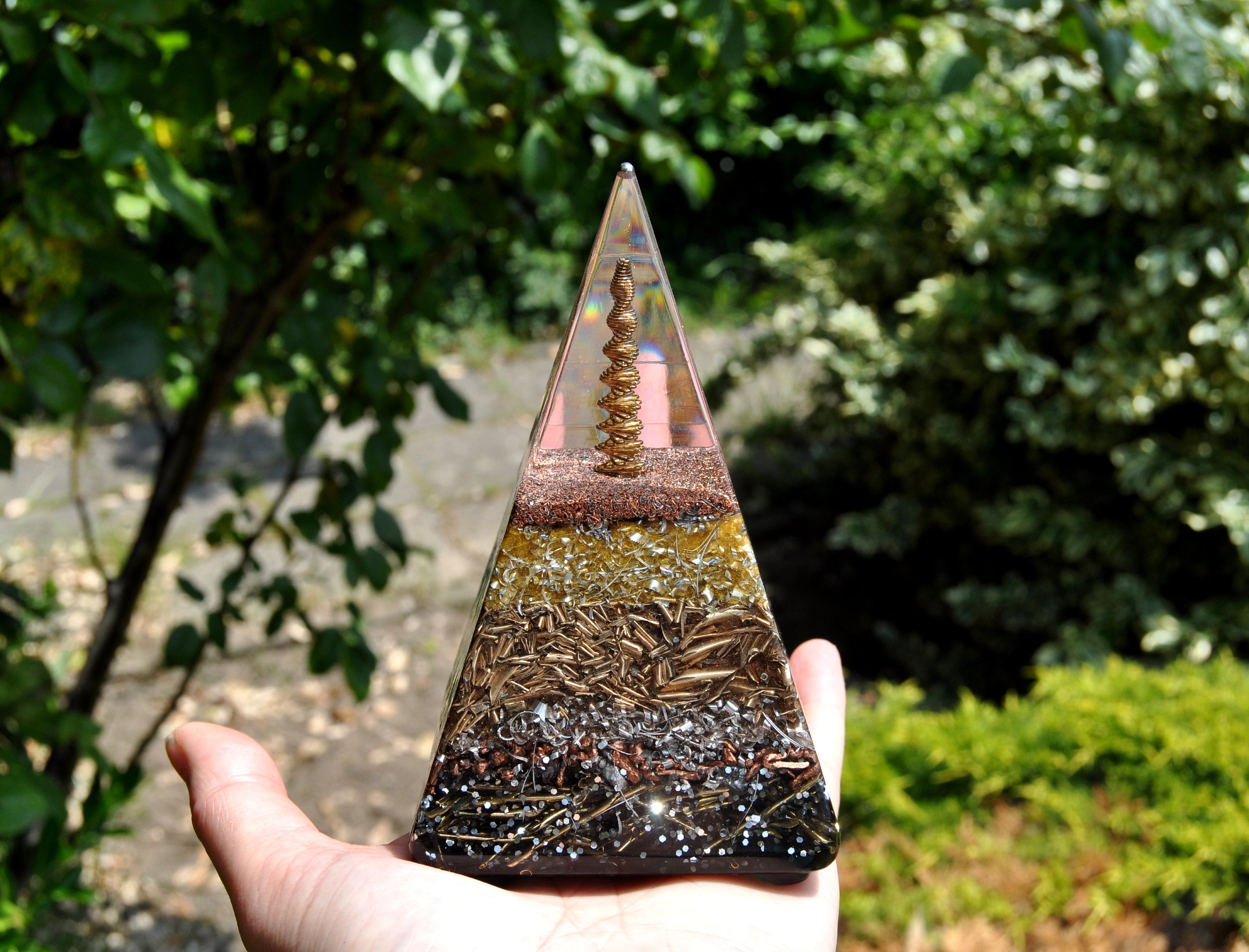 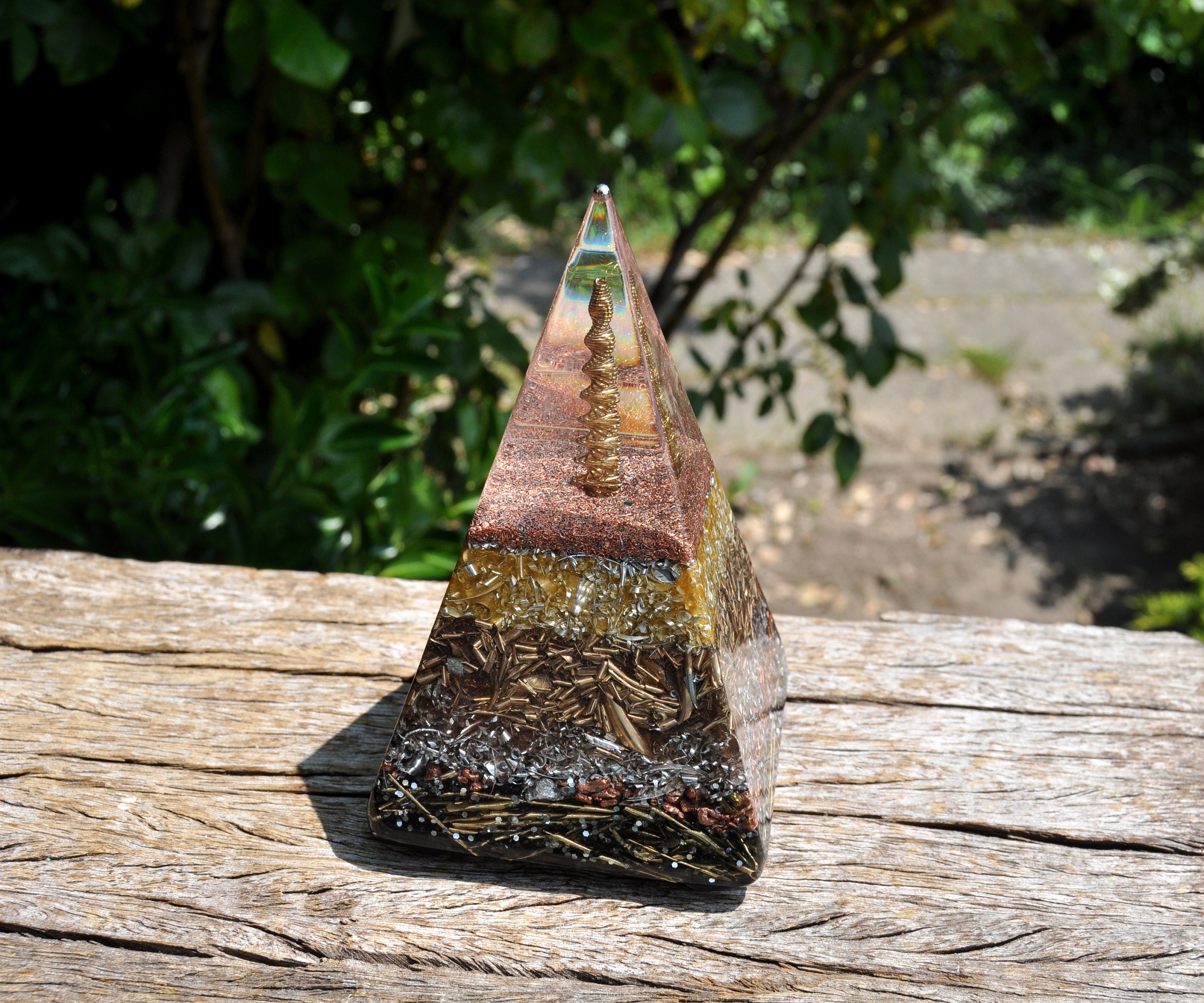 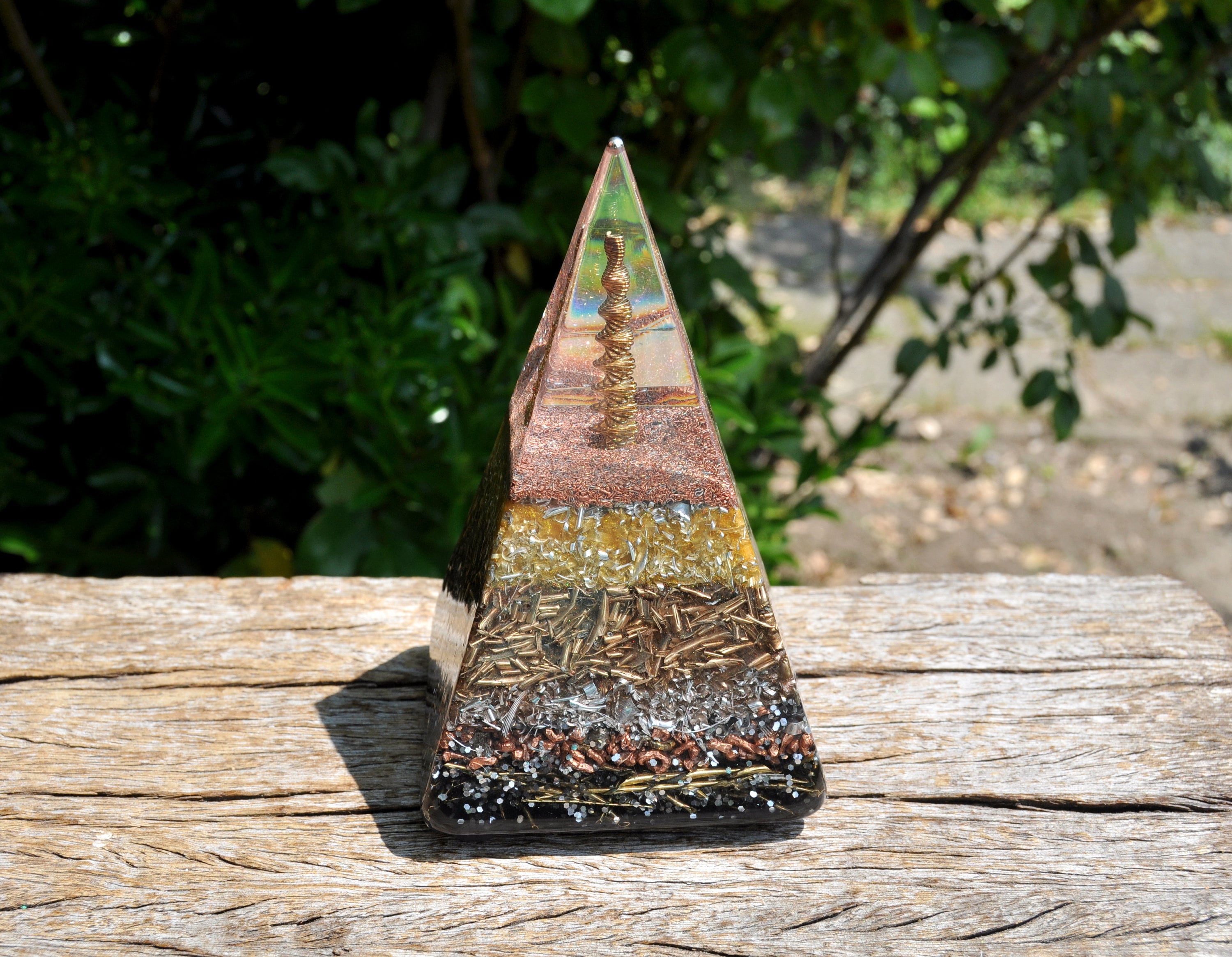 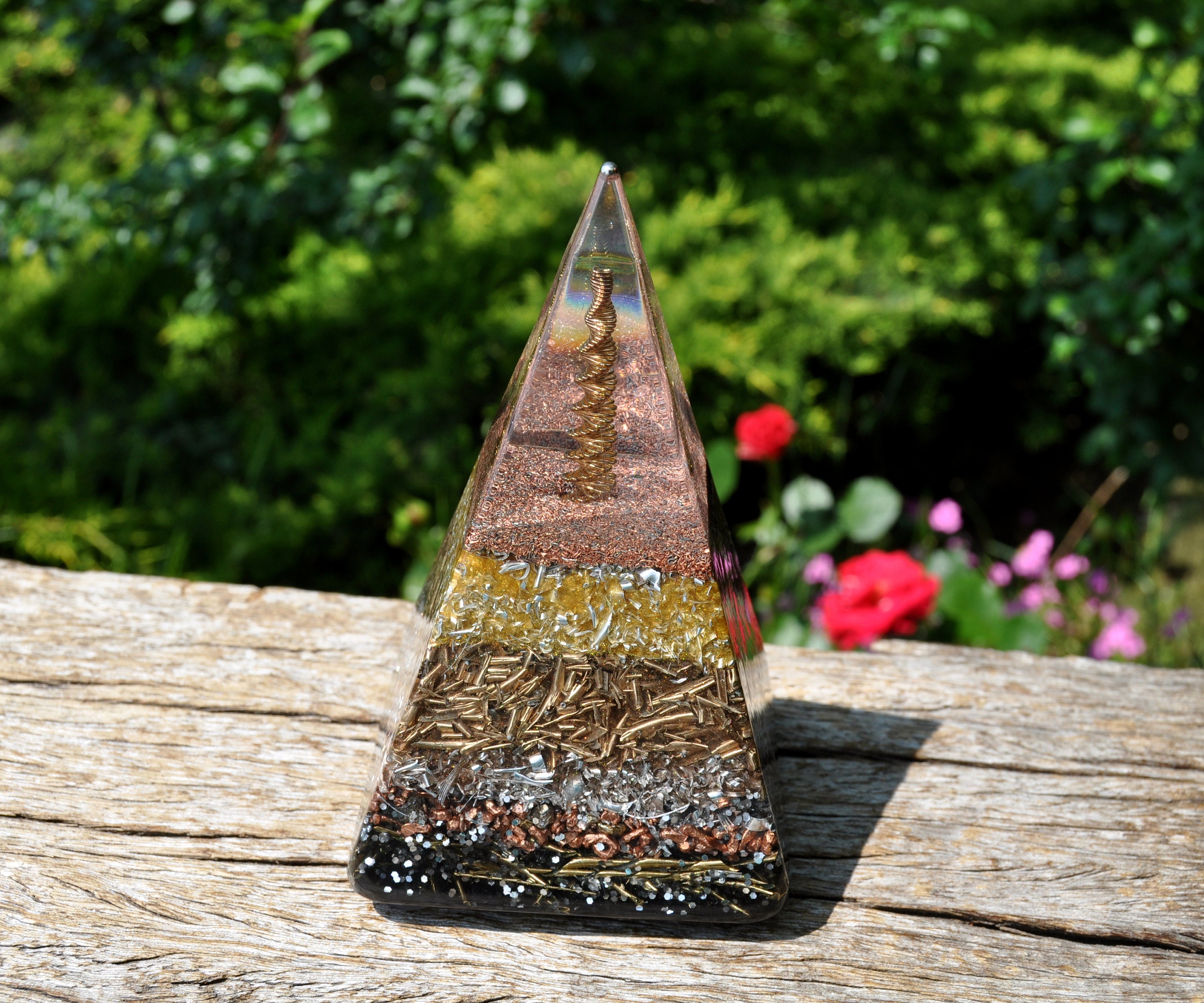 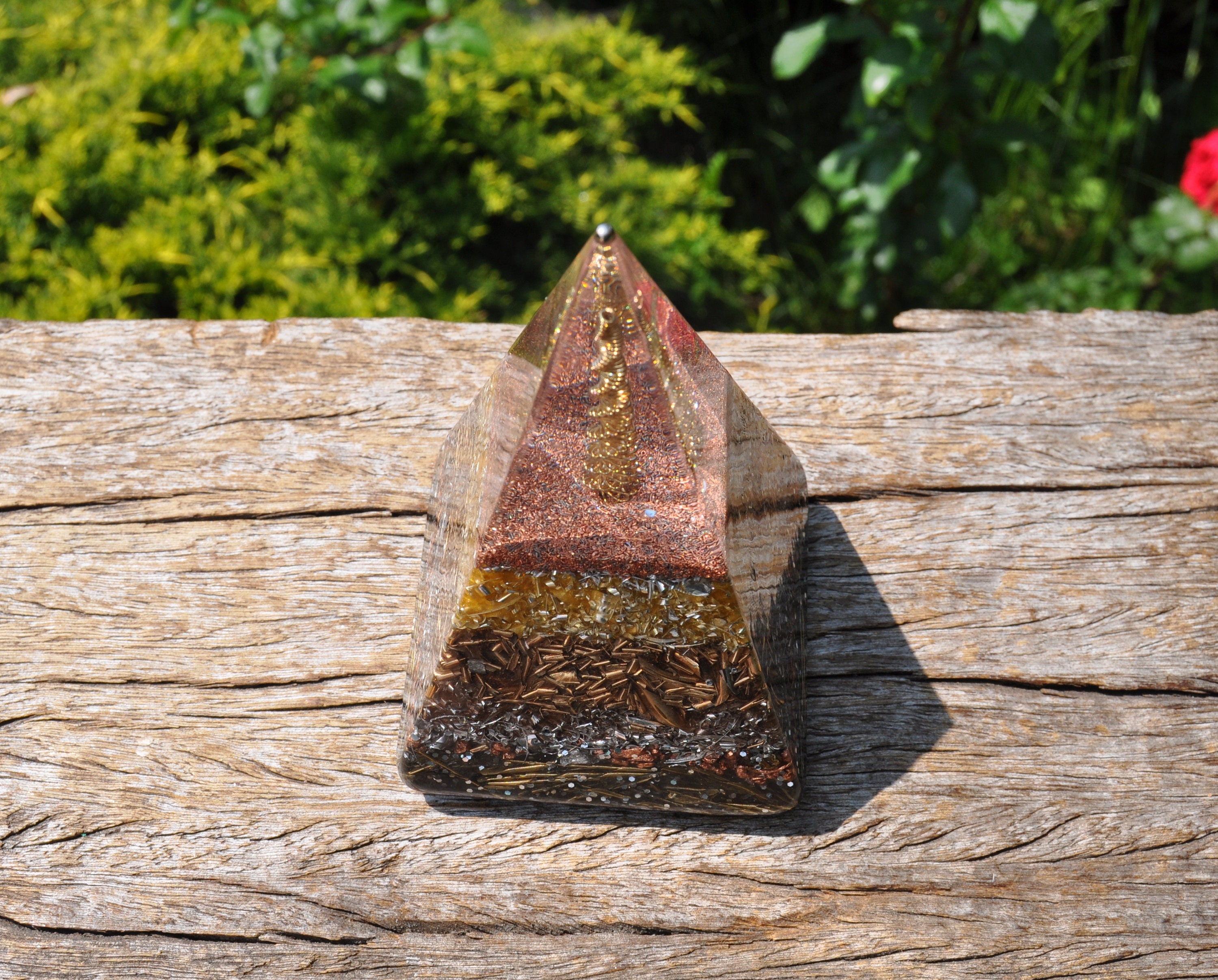 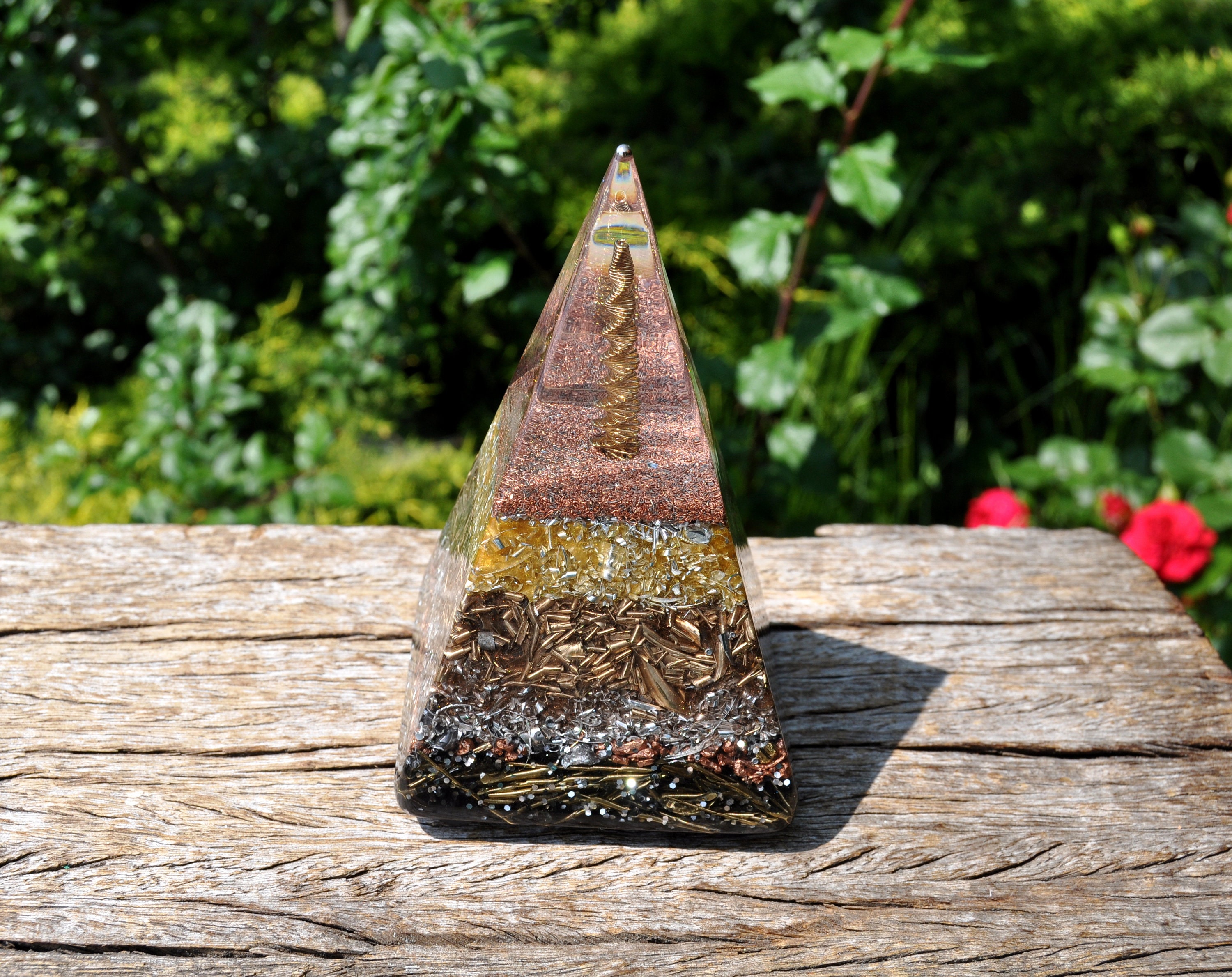 This is a unique Orgonite® pyramid. It has a double metal coil in the top middle and a stainless steel bal directly in the top which makes the energy come out wide instead of a beam going straight out. This crystal is entwined with a pure copper SBB coil which amplifies, moves and directs energy. The coil also considerably increases the power and range of the pyramid. The first layer is made from raw Pyrite clusters.


It is made out of durable organic resin to ensure optimal shrinkage and pressure on the quartz to create the most piezo electric effect.