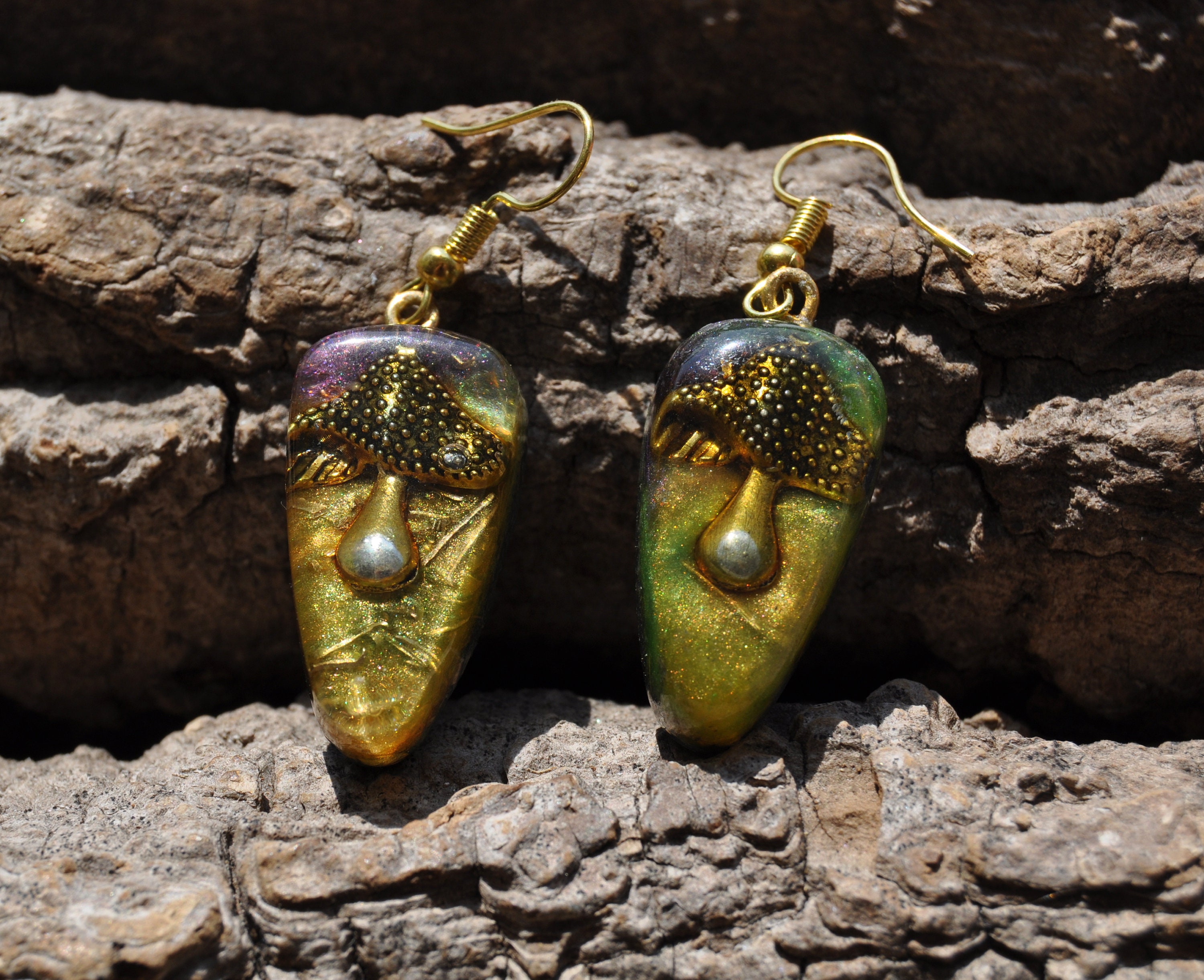 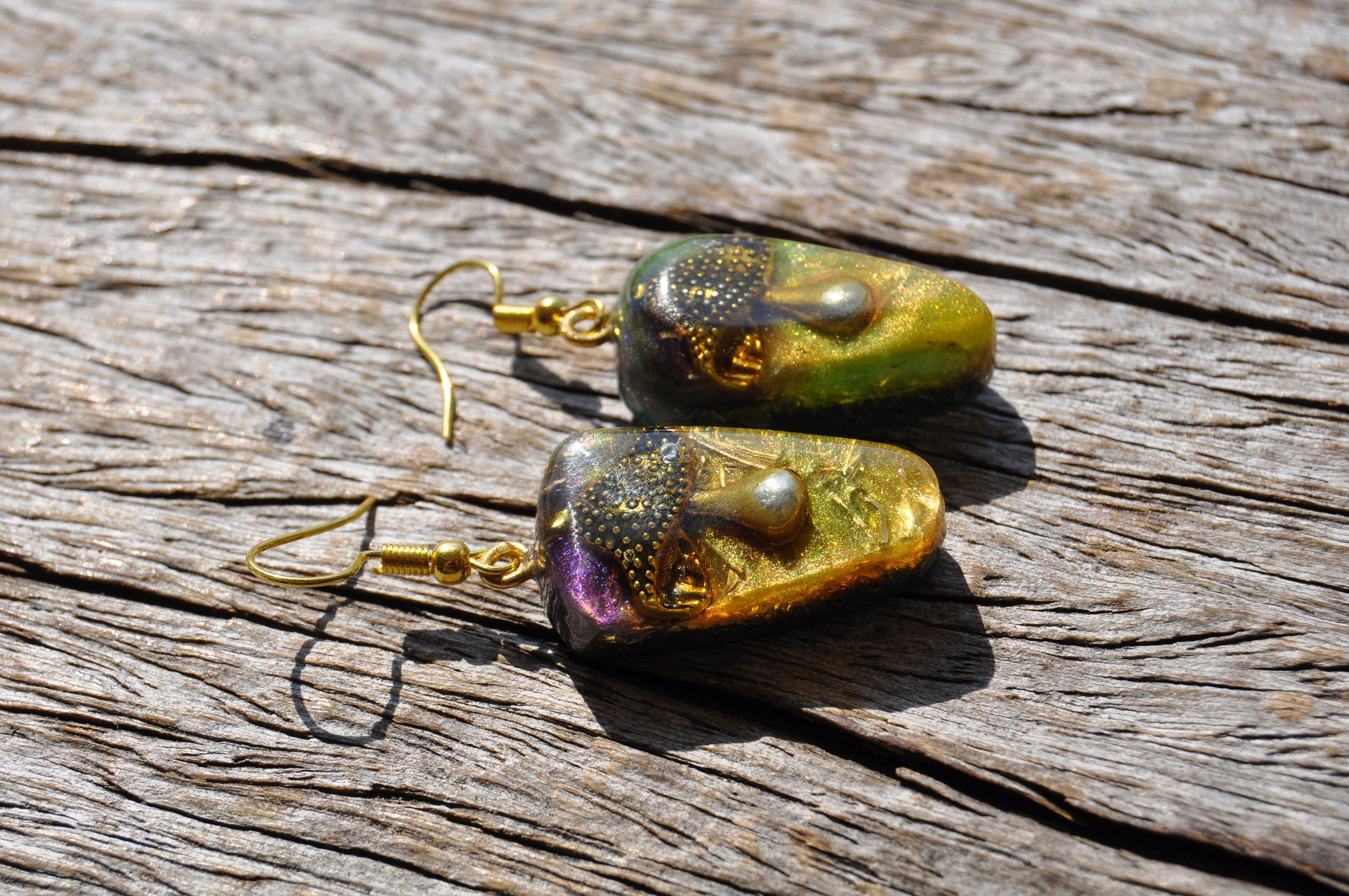 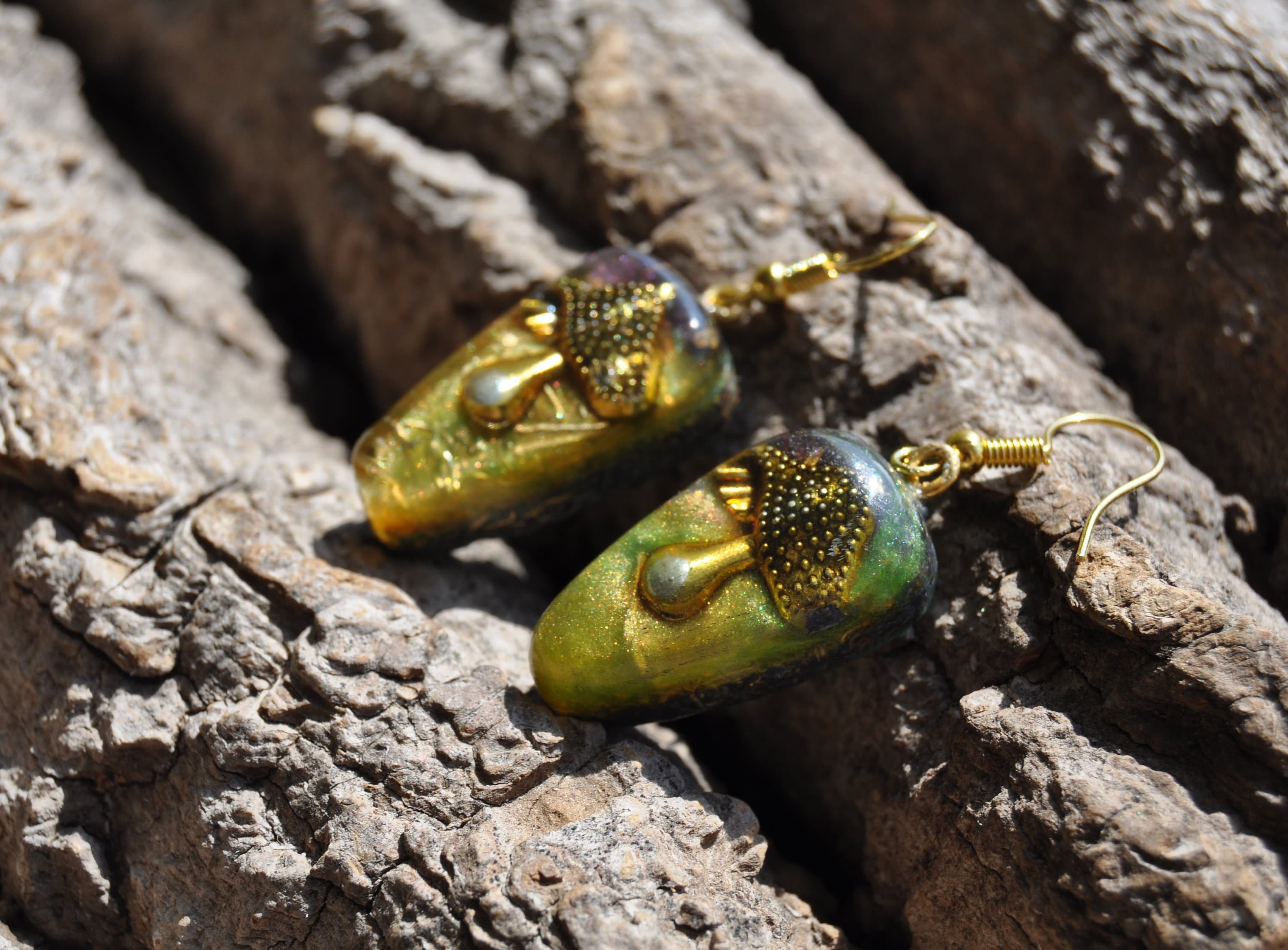 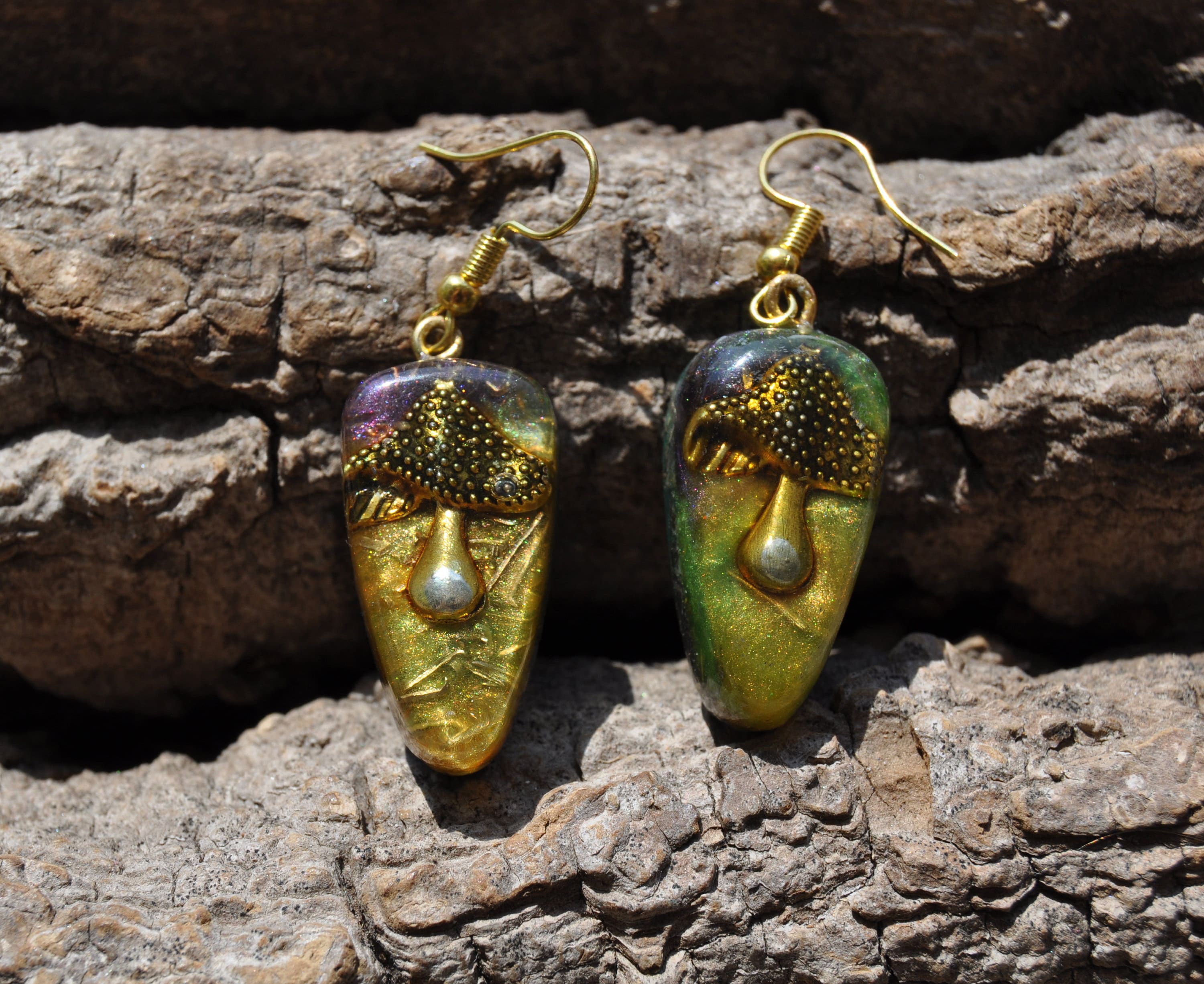 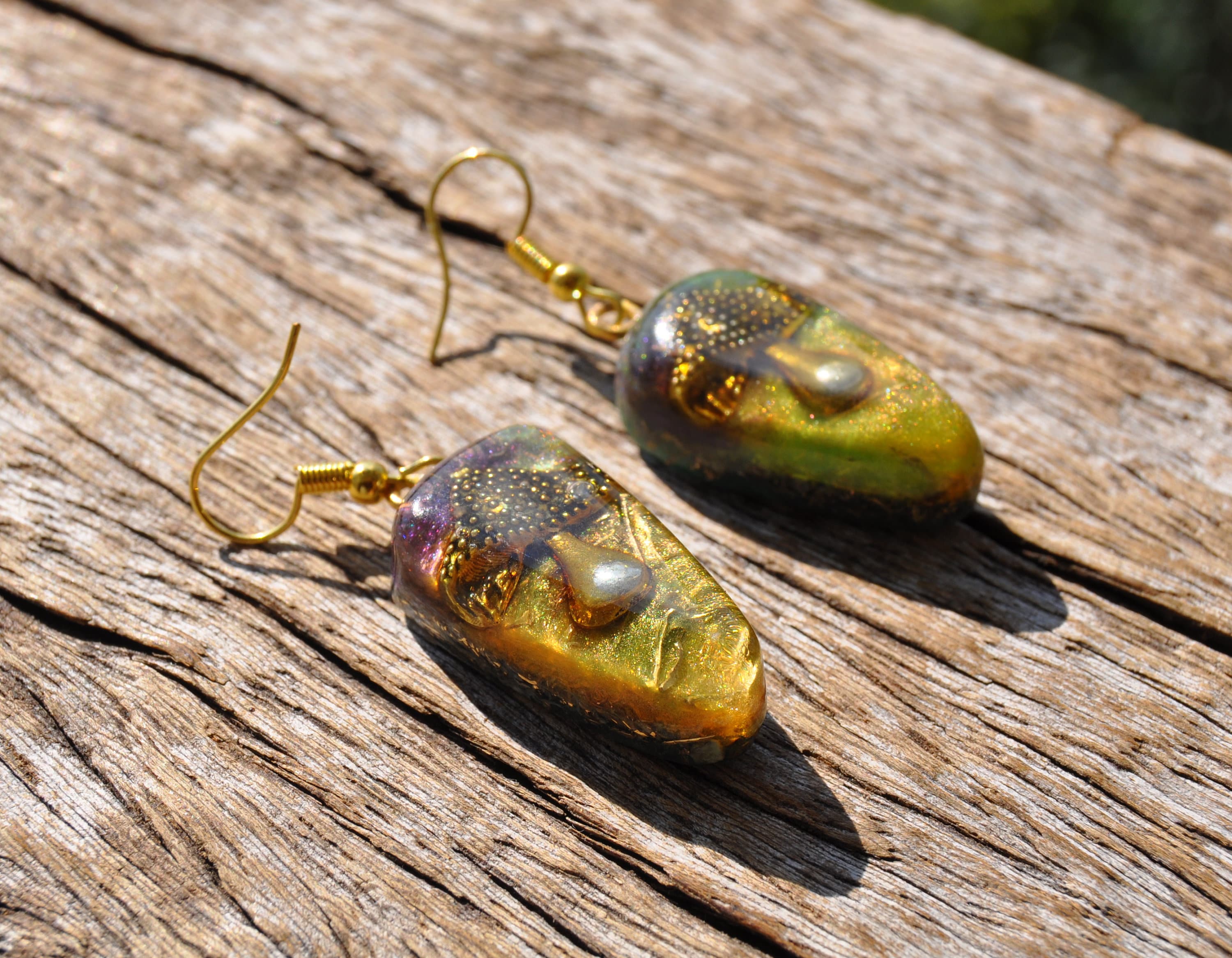 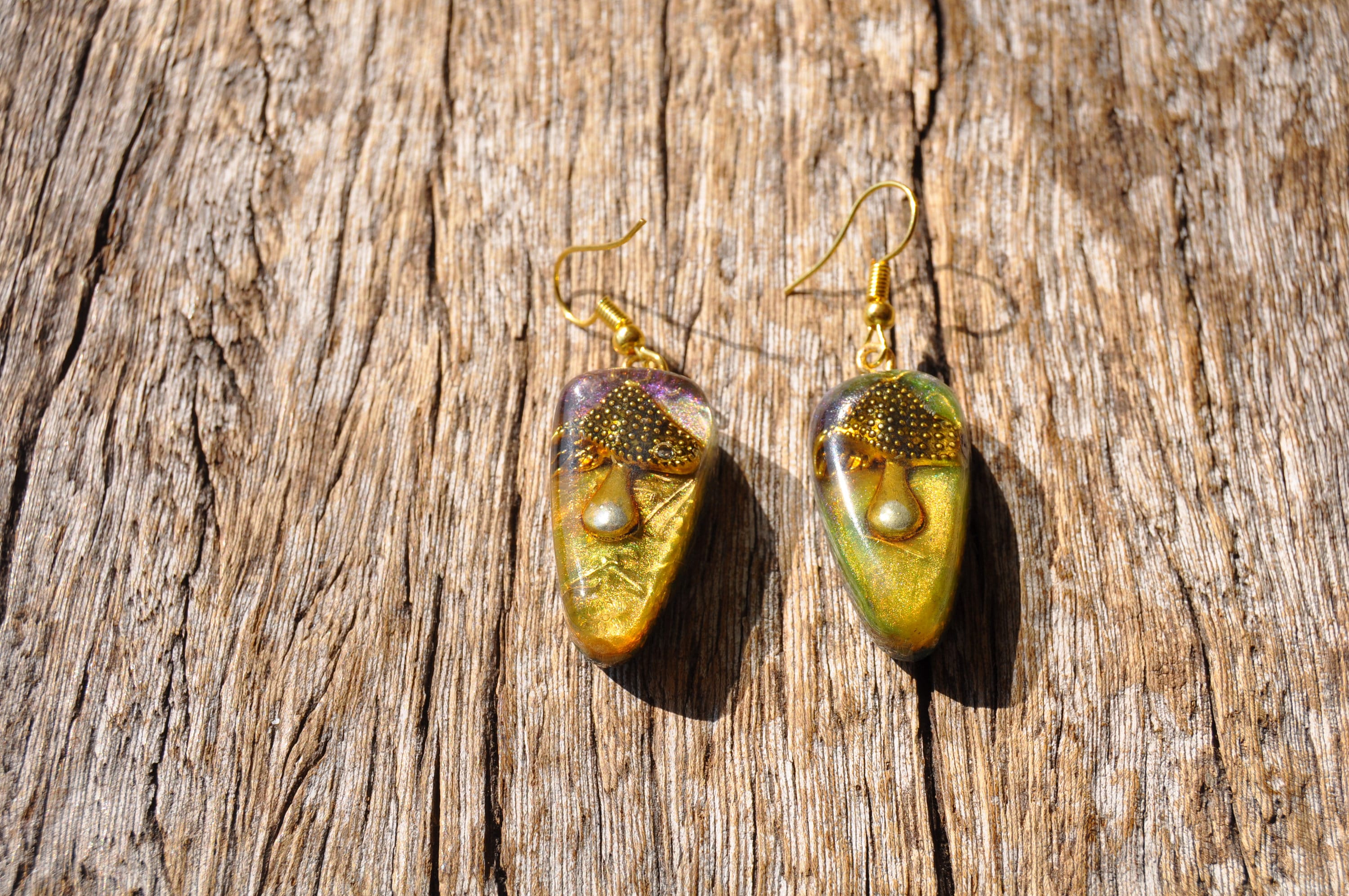 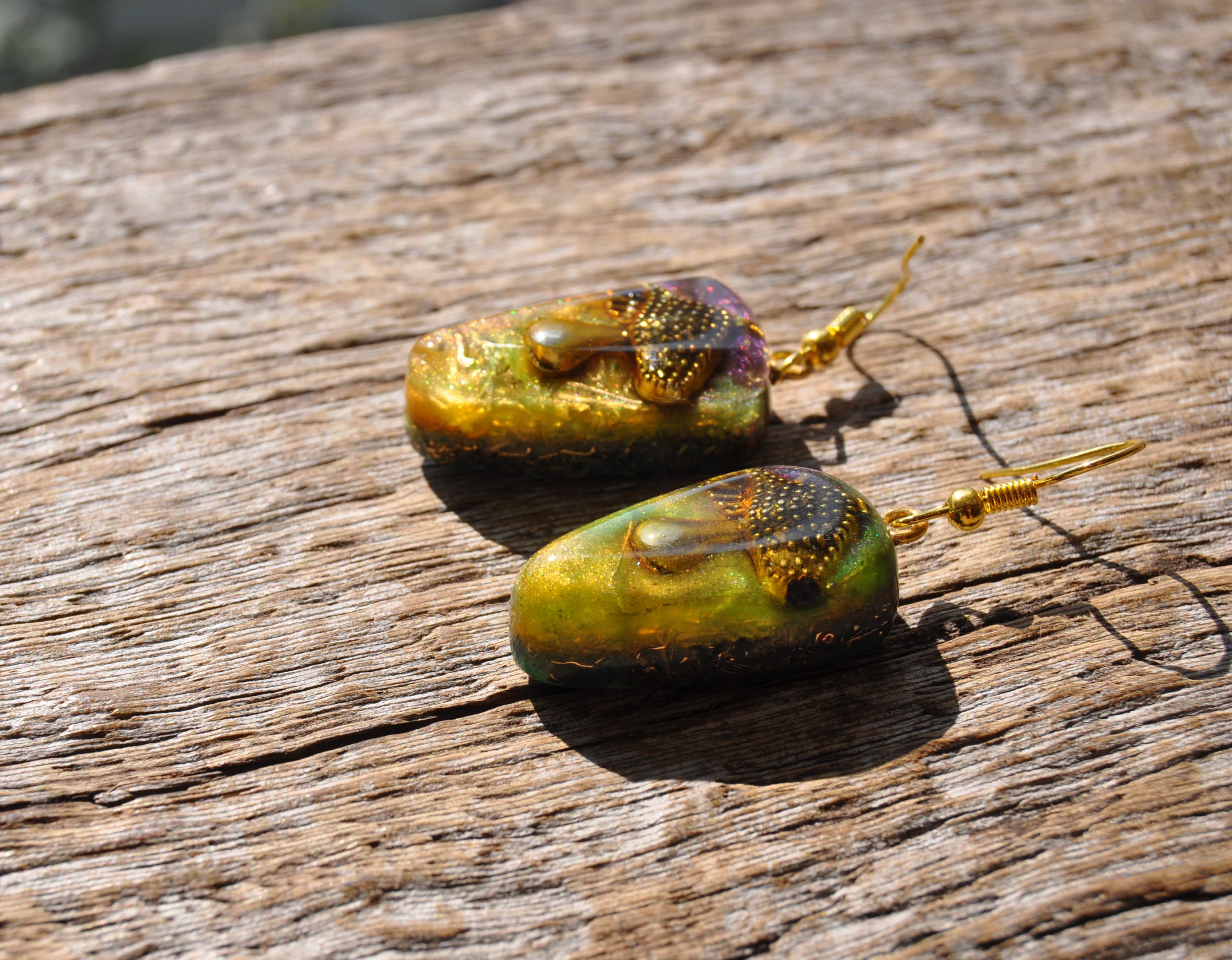 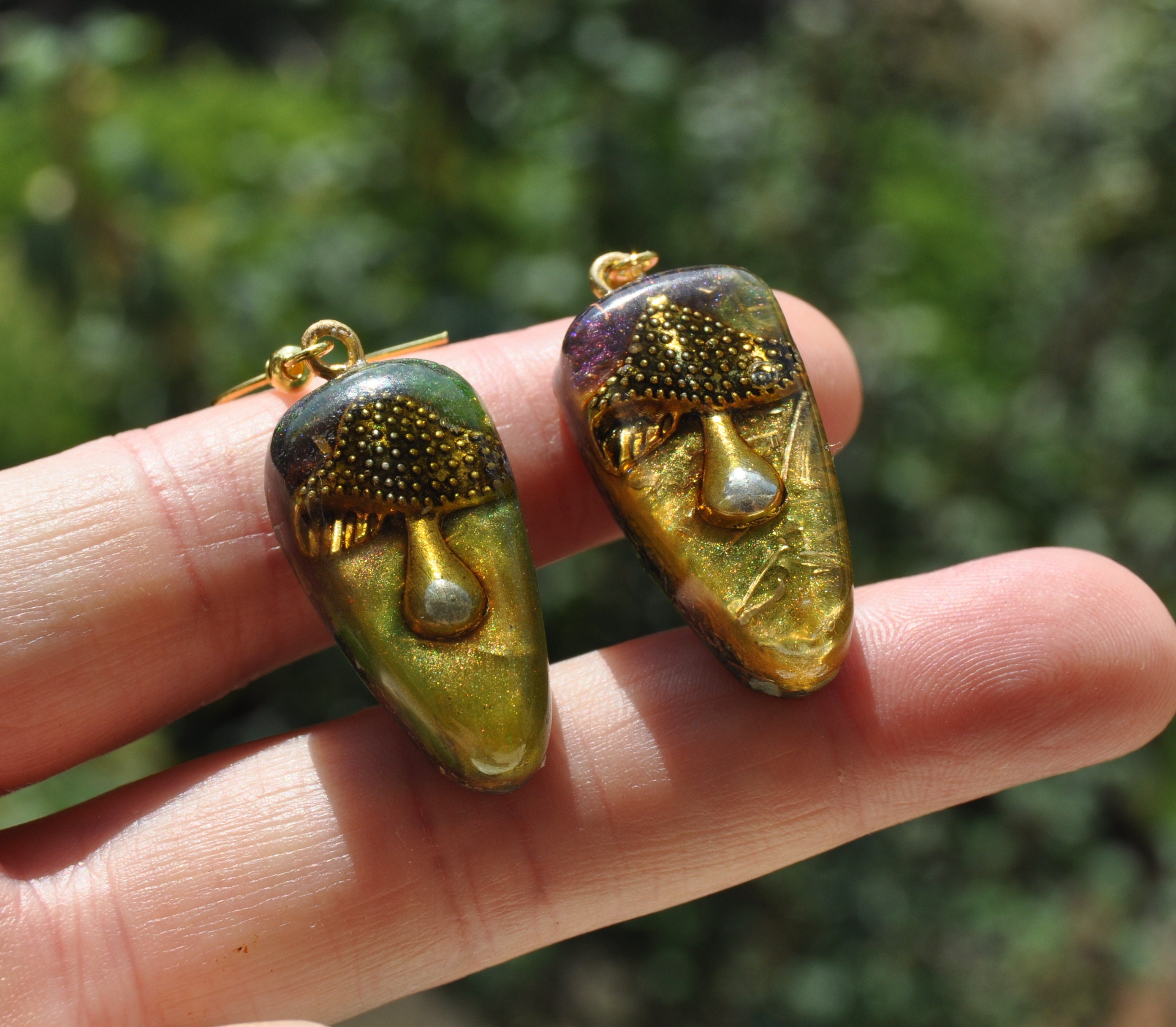 These cute mushroom orgone earrings are one of a kind and consist of various metal shavings, durable resin and clear Quartz.