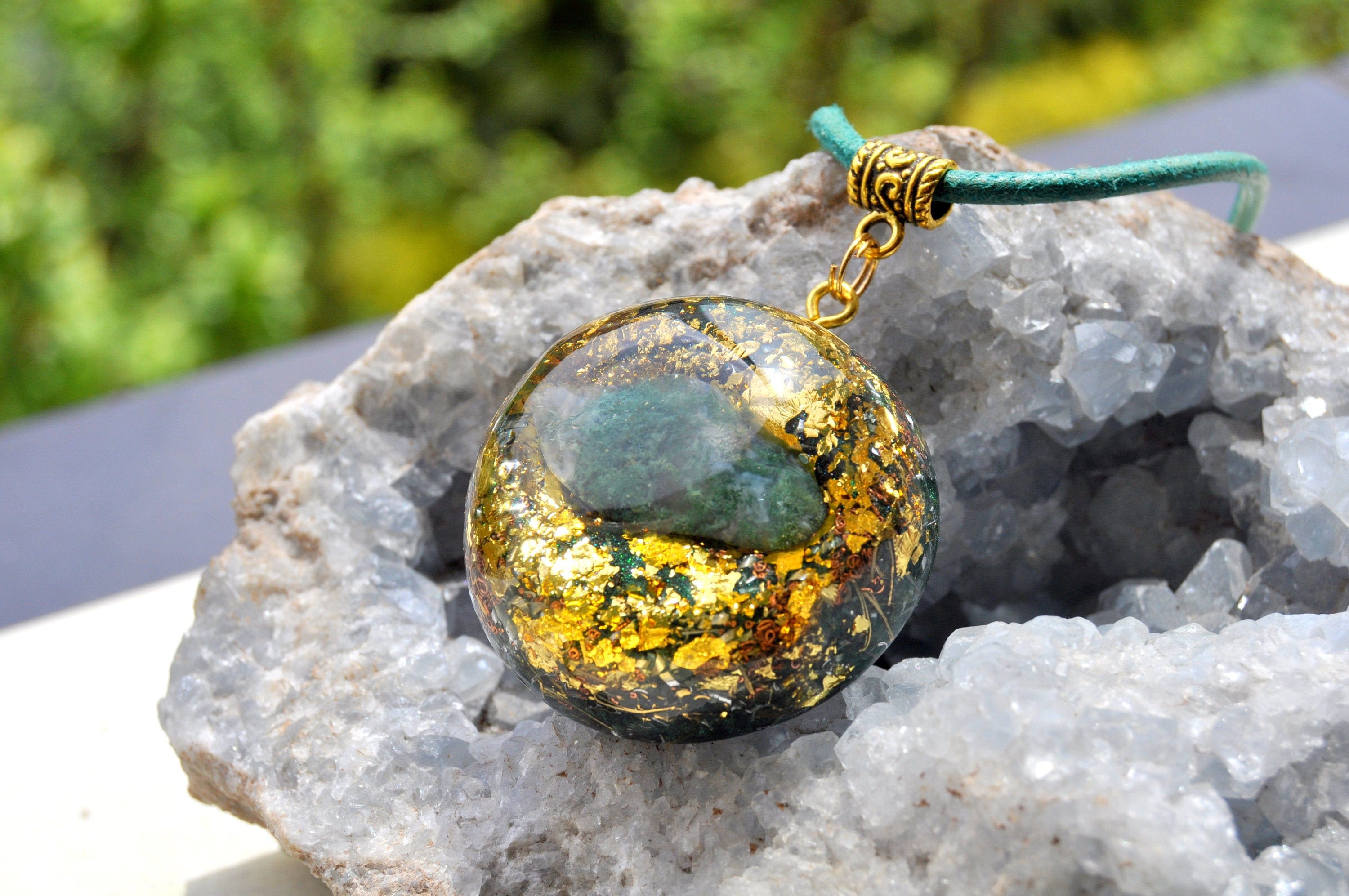 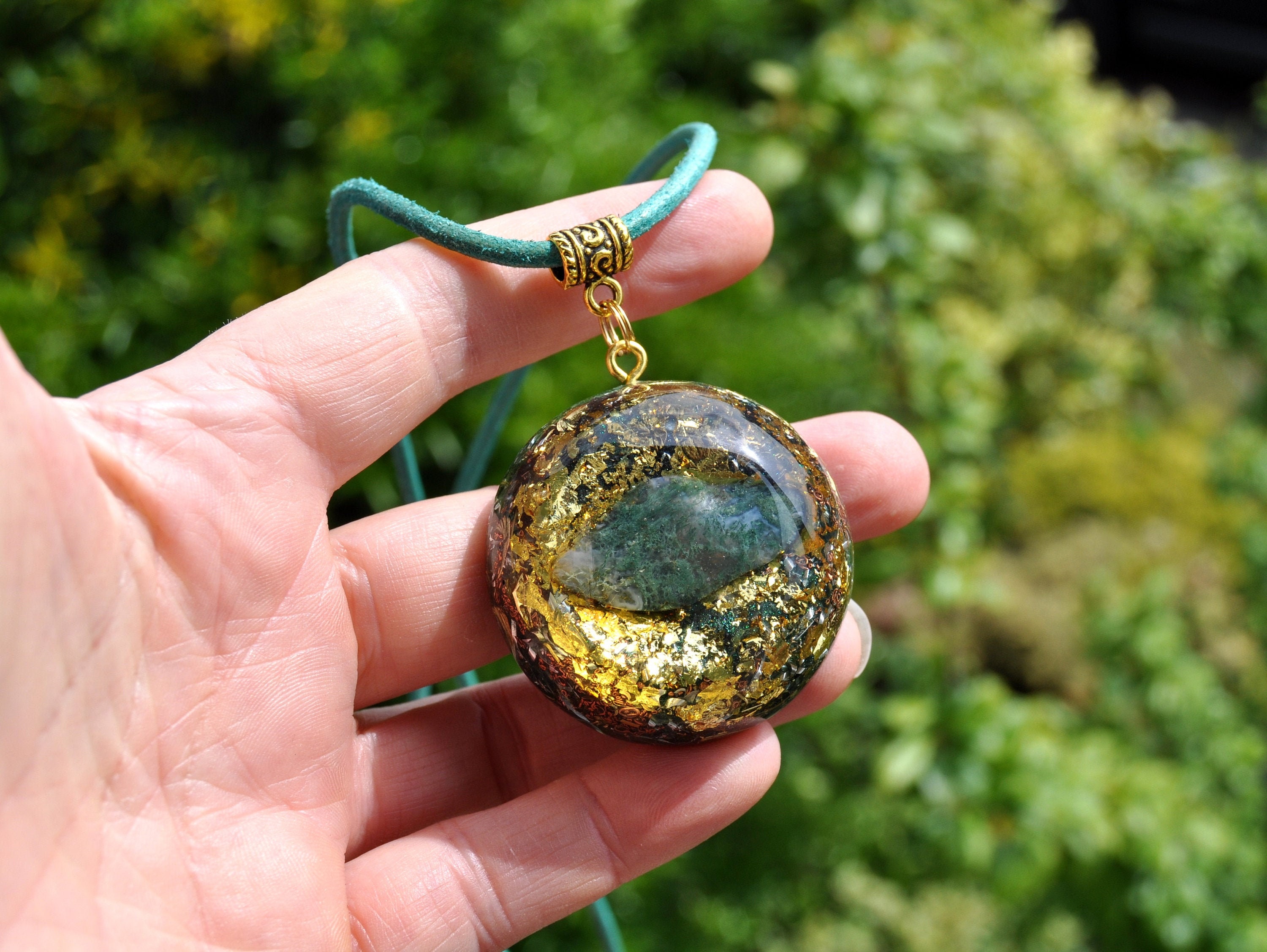 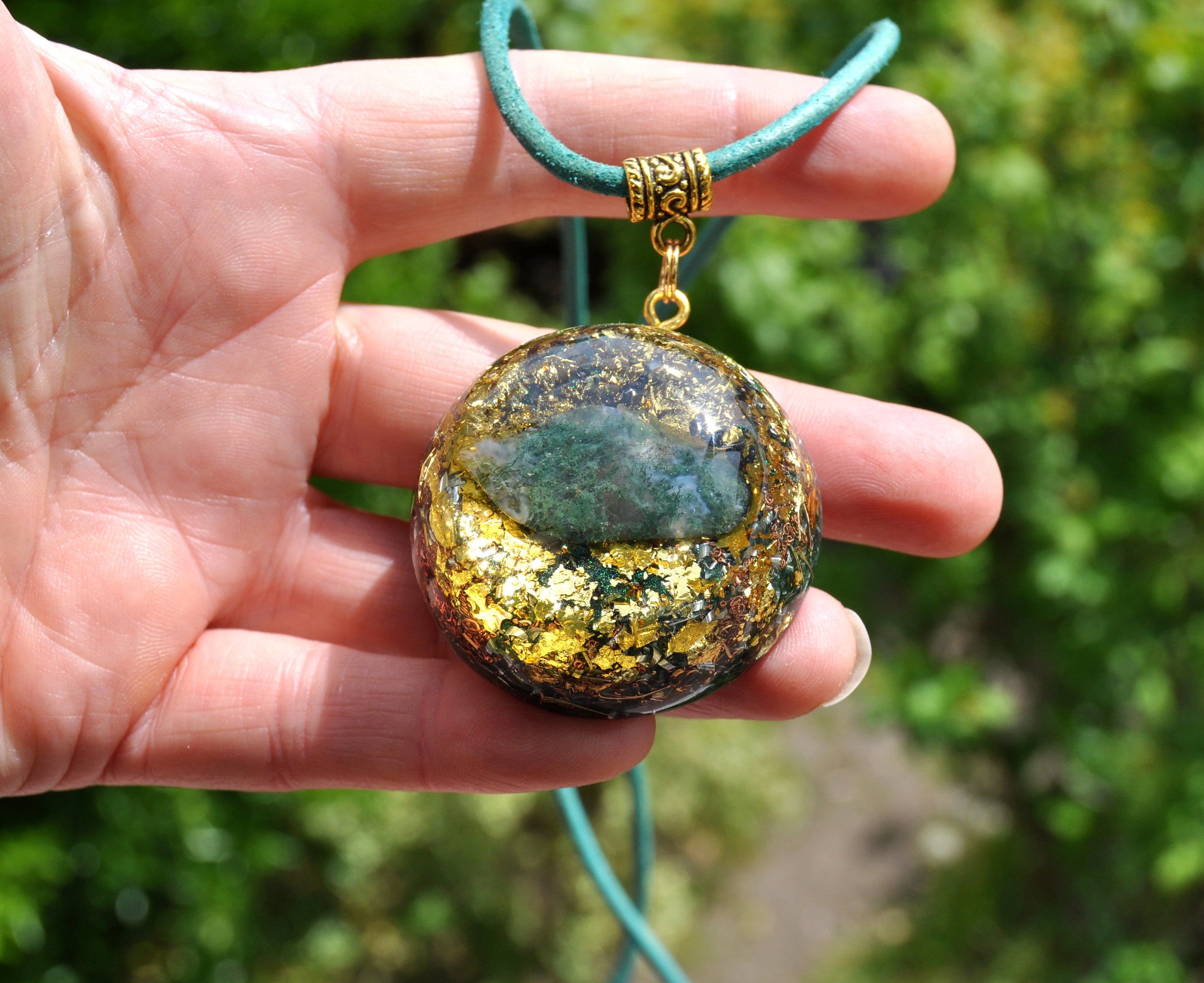 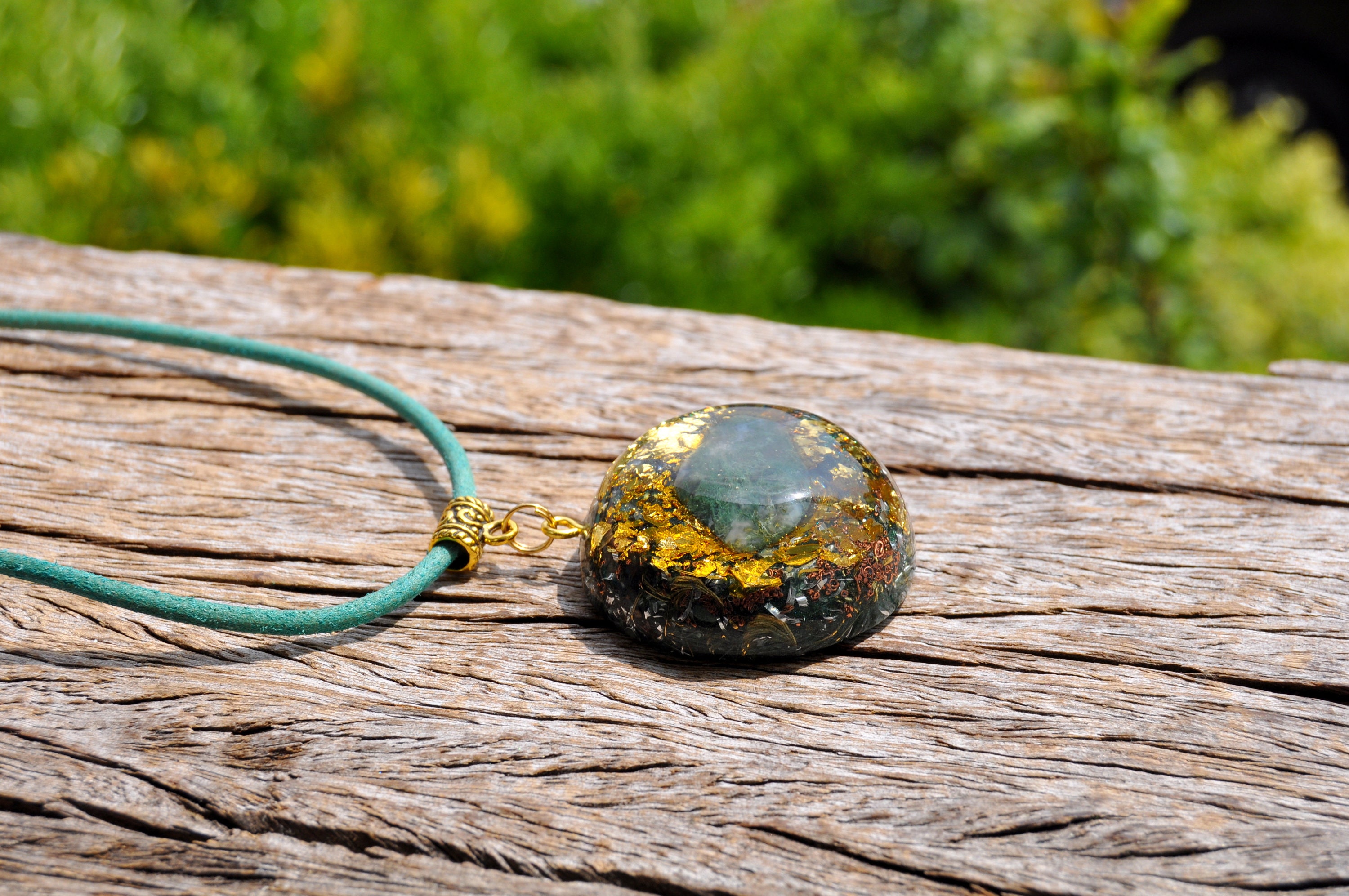 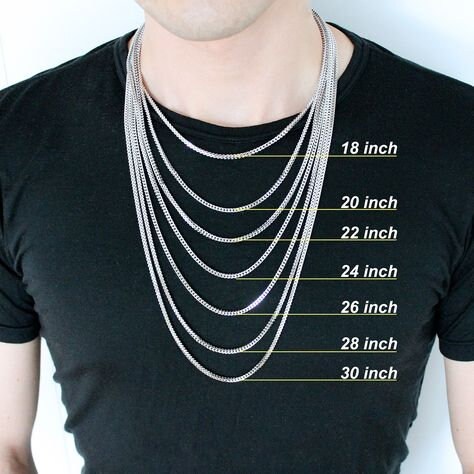 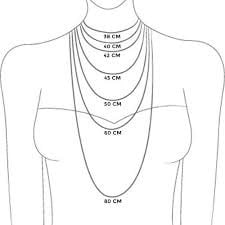 This unique 4.2 cm / 1.65" in diameter pendant is made out of lots of various metal shavings.
The main stone is a lovely Moss Agate which is surrounded with 24k leaf Gold and furthermore it consists of Rose Quartz (self - love), black Tourmaline (to protect and ground excess energy), Elite Shungite (EMF protection), Rhodizite (to amplify the other crystals, Selenite (to cleanse and charge the other crystals), Pyrite (to enhance) and clear quartz (for piezo-electric effect) all within a durable resin setting.

Appr. Size:
4.2 cm/ 1.65 inches in diameter
It comes on a leather/suede cord with lobster clasp closing. You can state your preferred length while ordering.

Thank you, thank you Zoë and Stefan! A splendid positive energy come from the beautiful pendant made by you with visible good and light intentions! This is a wonderful orgon pendant, with a touch of… fairy tales! Many thanks also for the amethyst surprise! Yes, this is the right place to find your orgon friend!