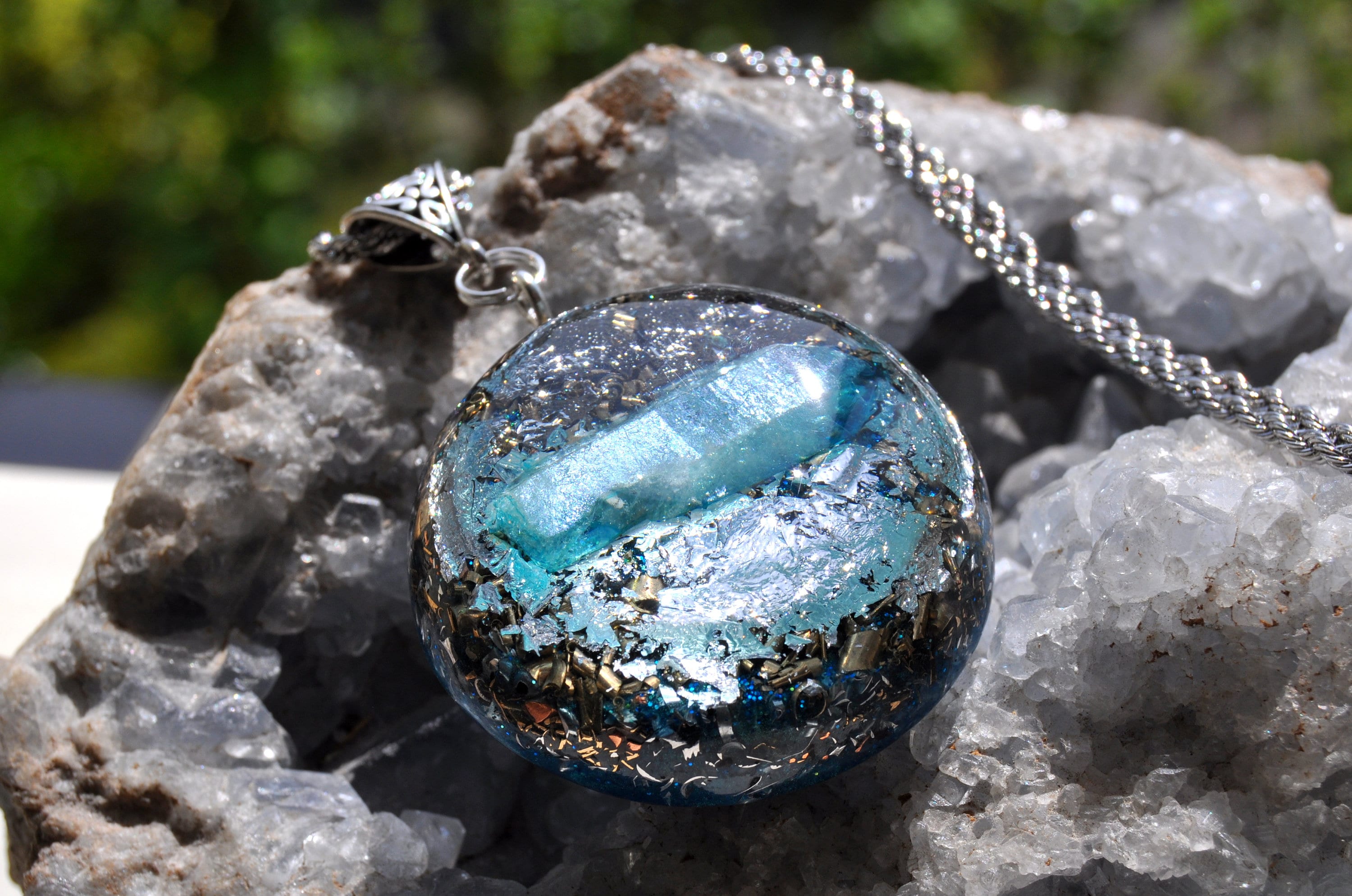 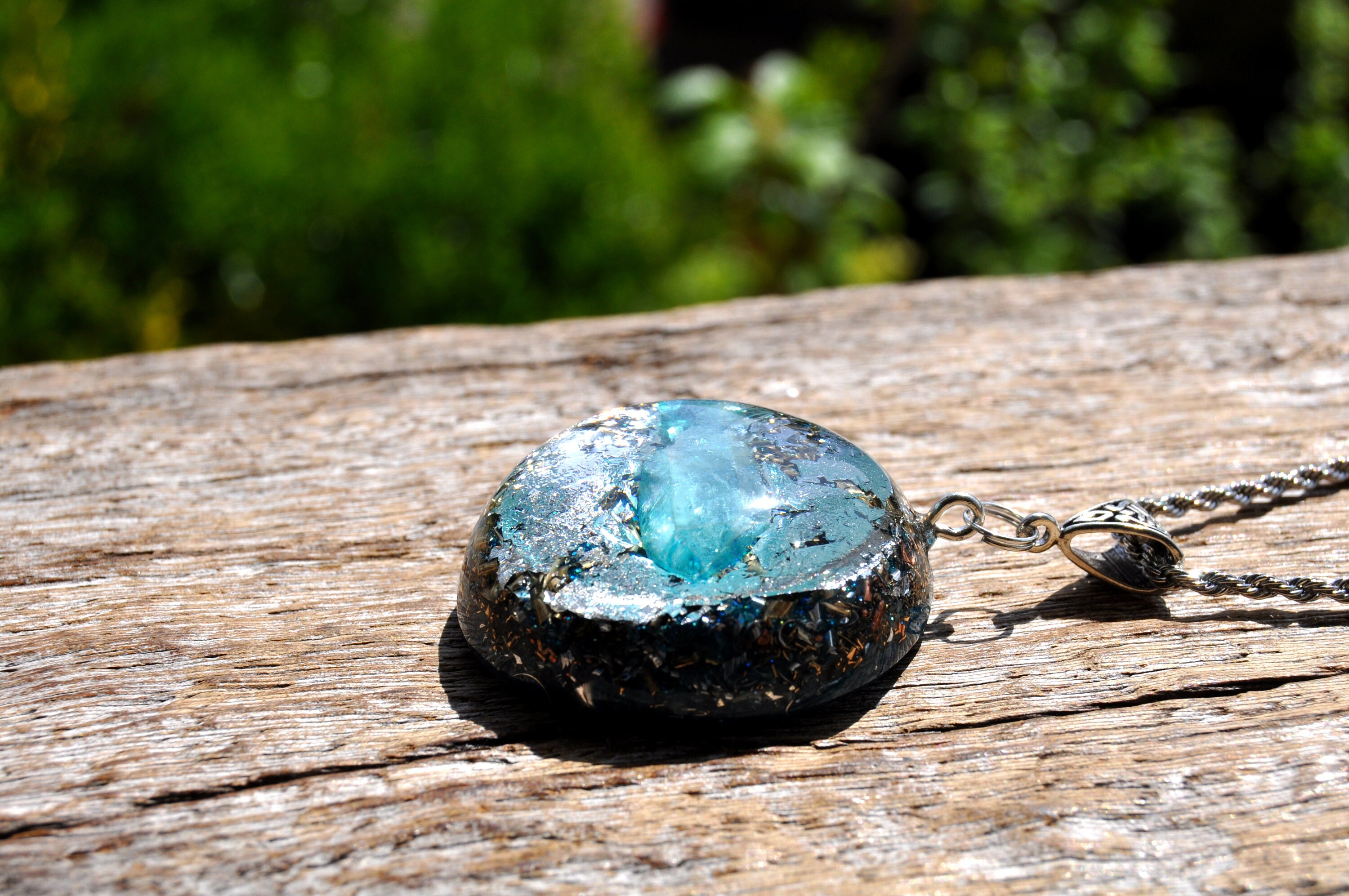 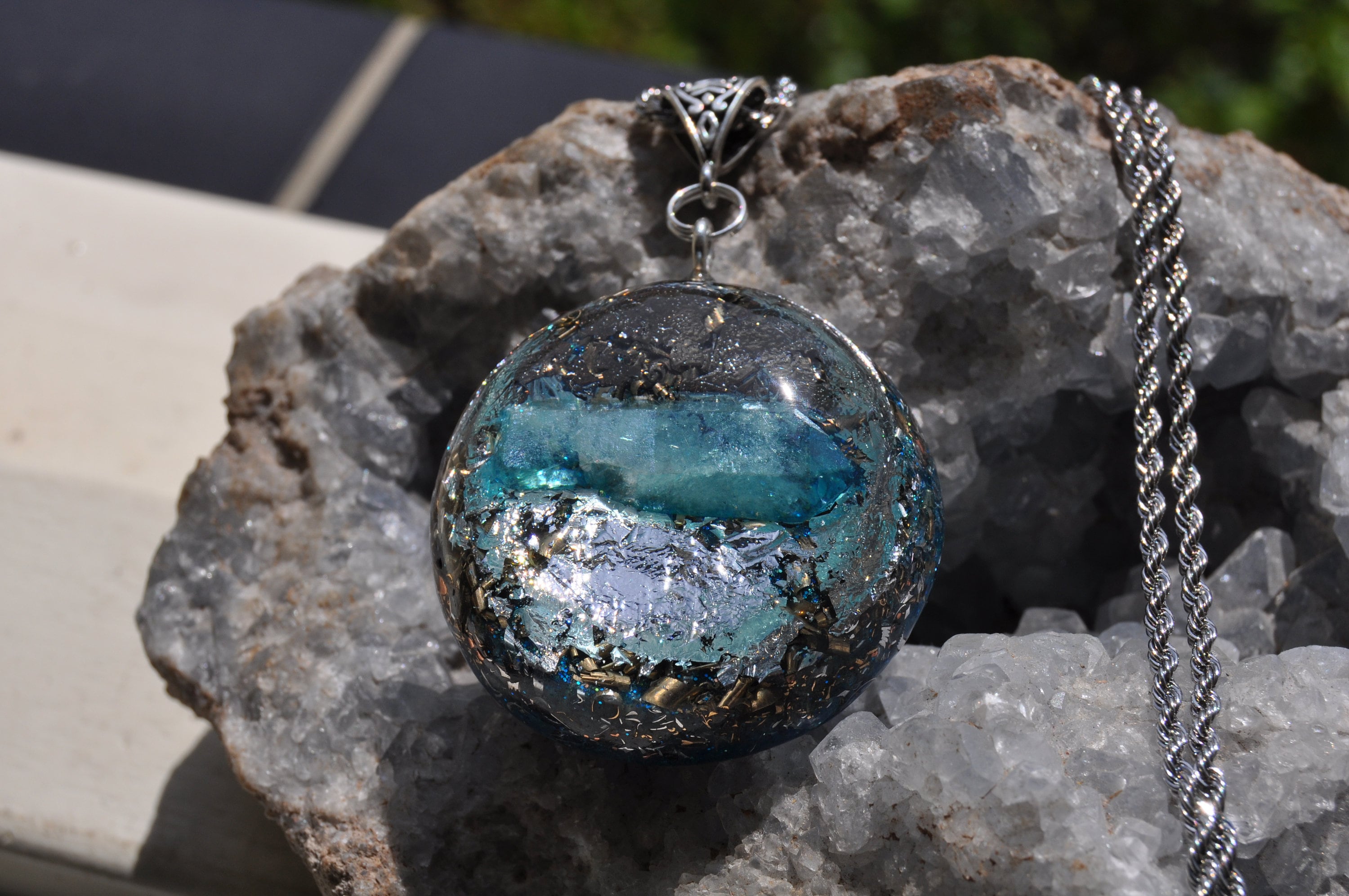 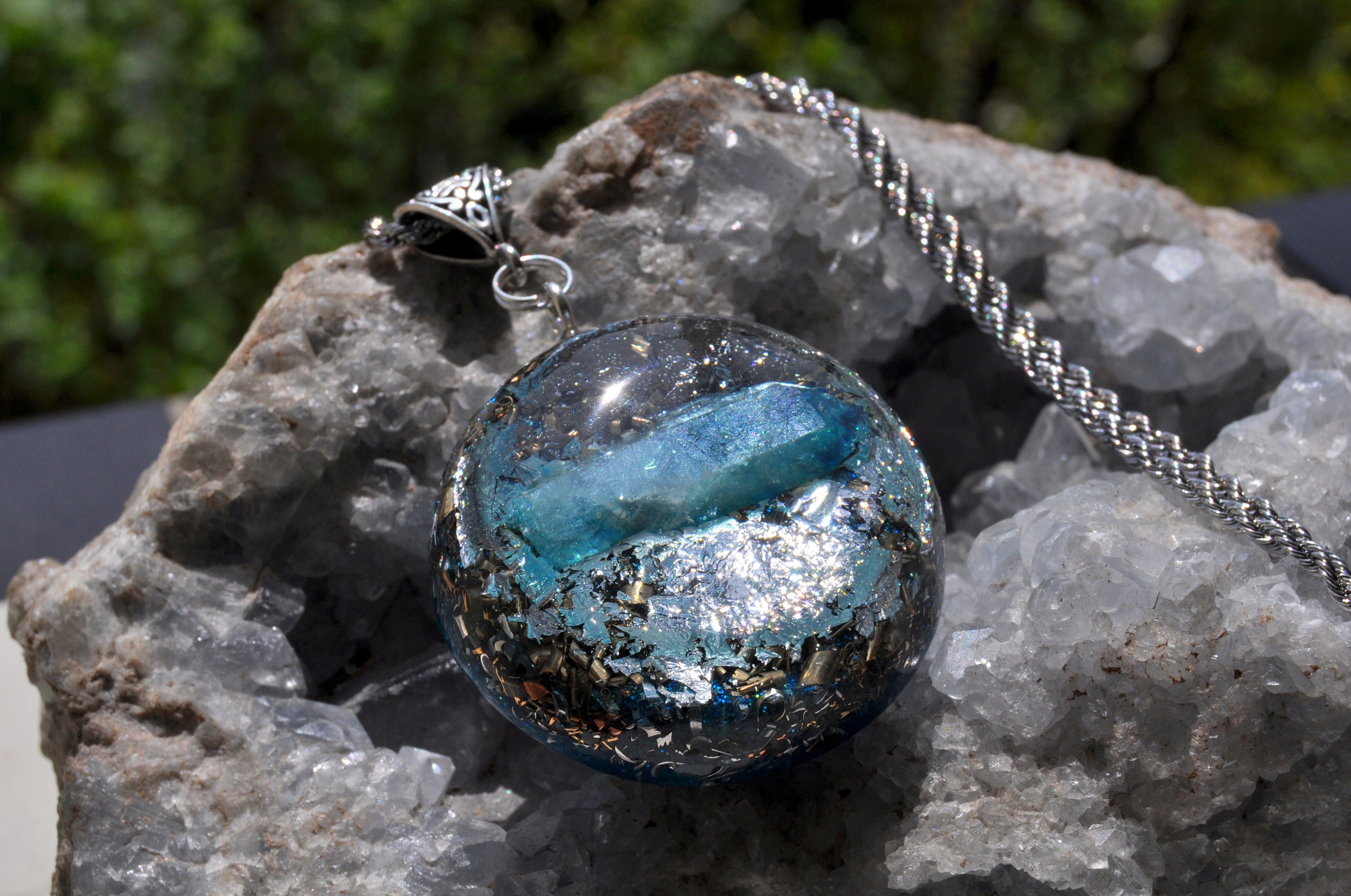 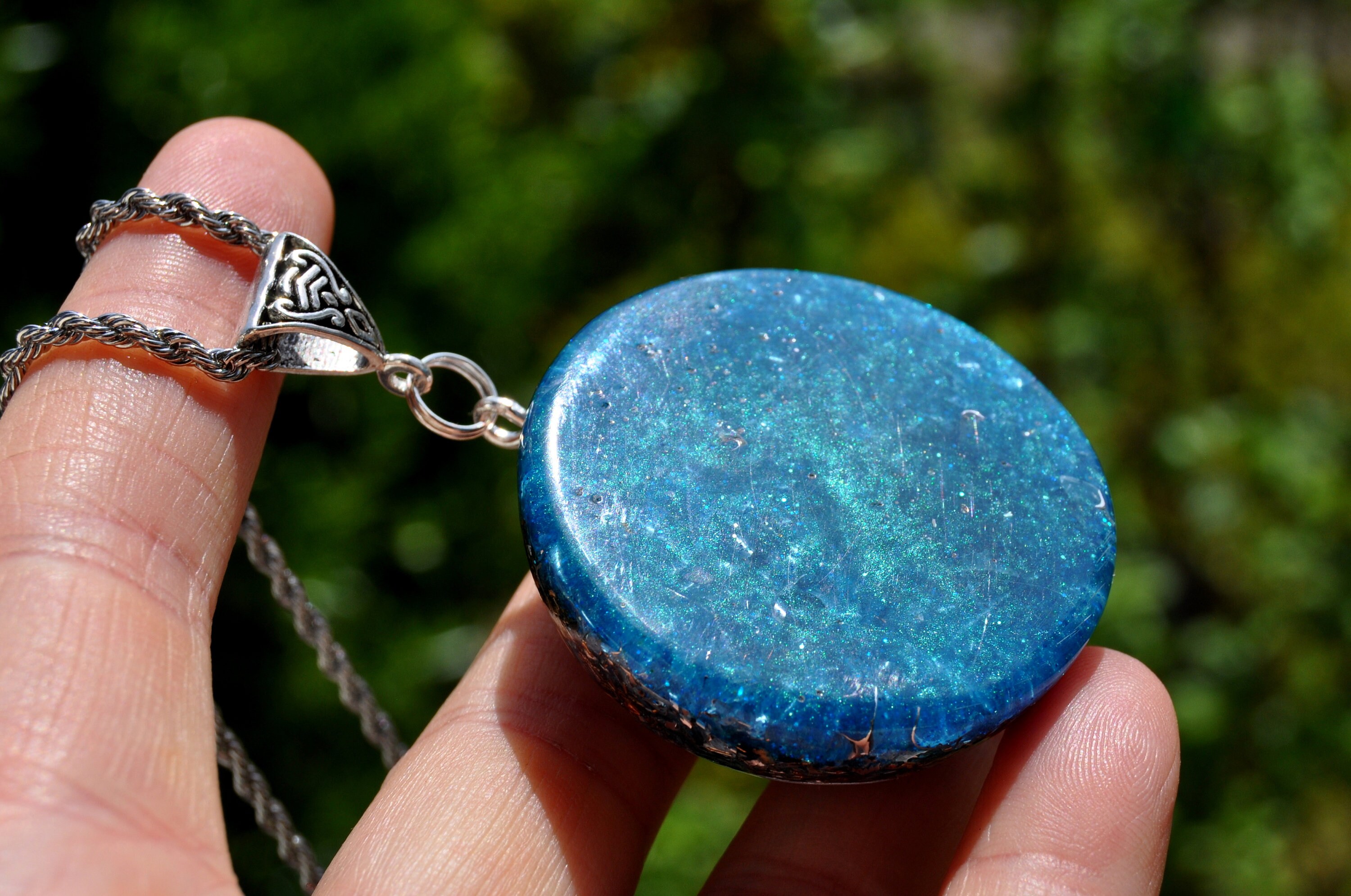 This unique Orgonite pendant features a natural terminated Aqua Aura Quartz Crystal in the front which is surrounded with 925 Silver flakes.
It consists also of a base mix with Selenite is (self cleansing and charging the other Crystals), Rhodizite crystals (to amplify the other crystals), Pyrite clusters (to enhance and deflect), black Tourmaline (to ground excess energy and for protection), Elite Shungite (protection), Rose Quartz (love, selflove) and clear quartz (for piezo electric effect).

Is it really silver, the chain and everything? Not as shiney as in picture. There are no silver hallmarks, I asked them to look at my jeweller shop