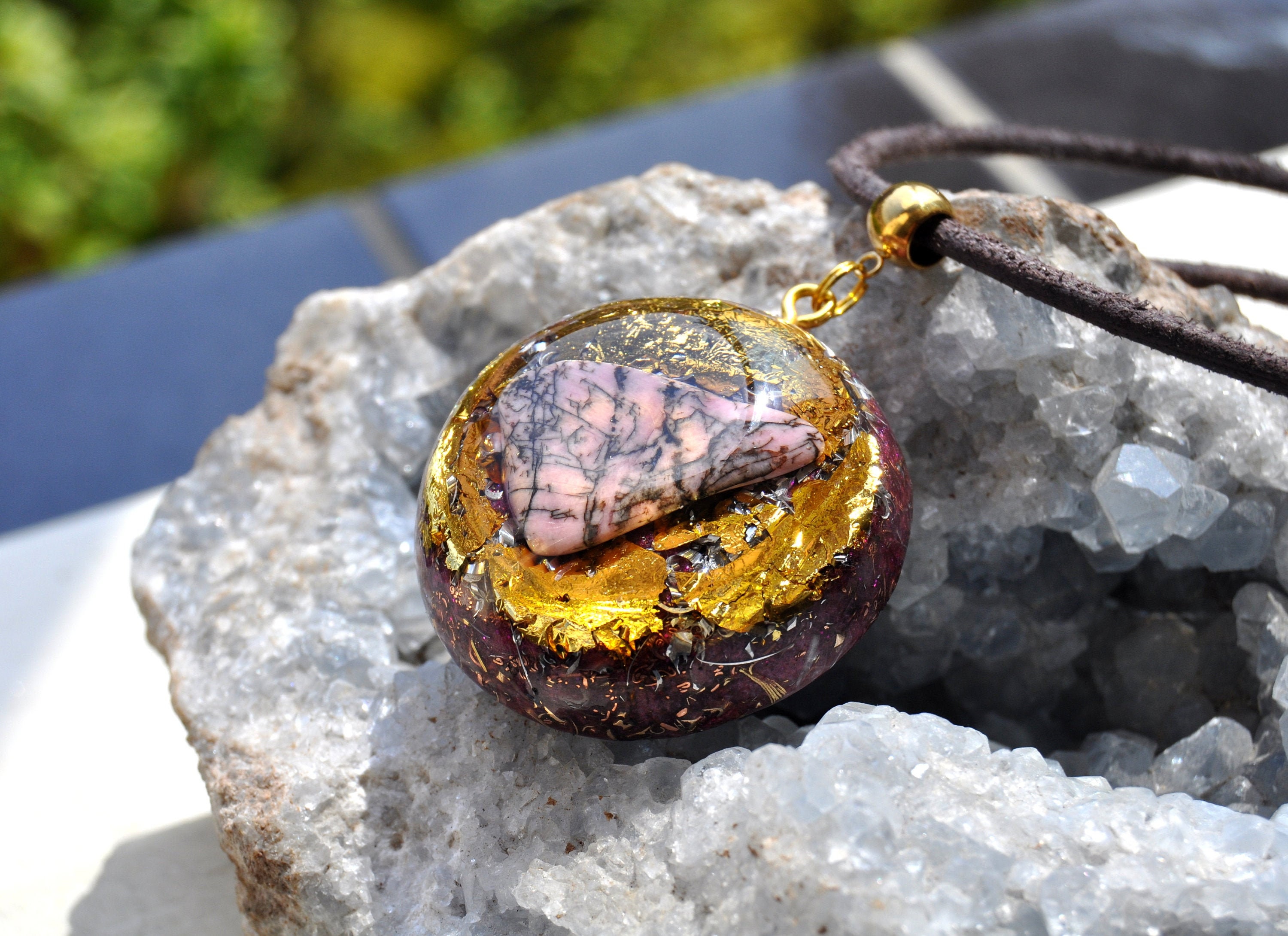 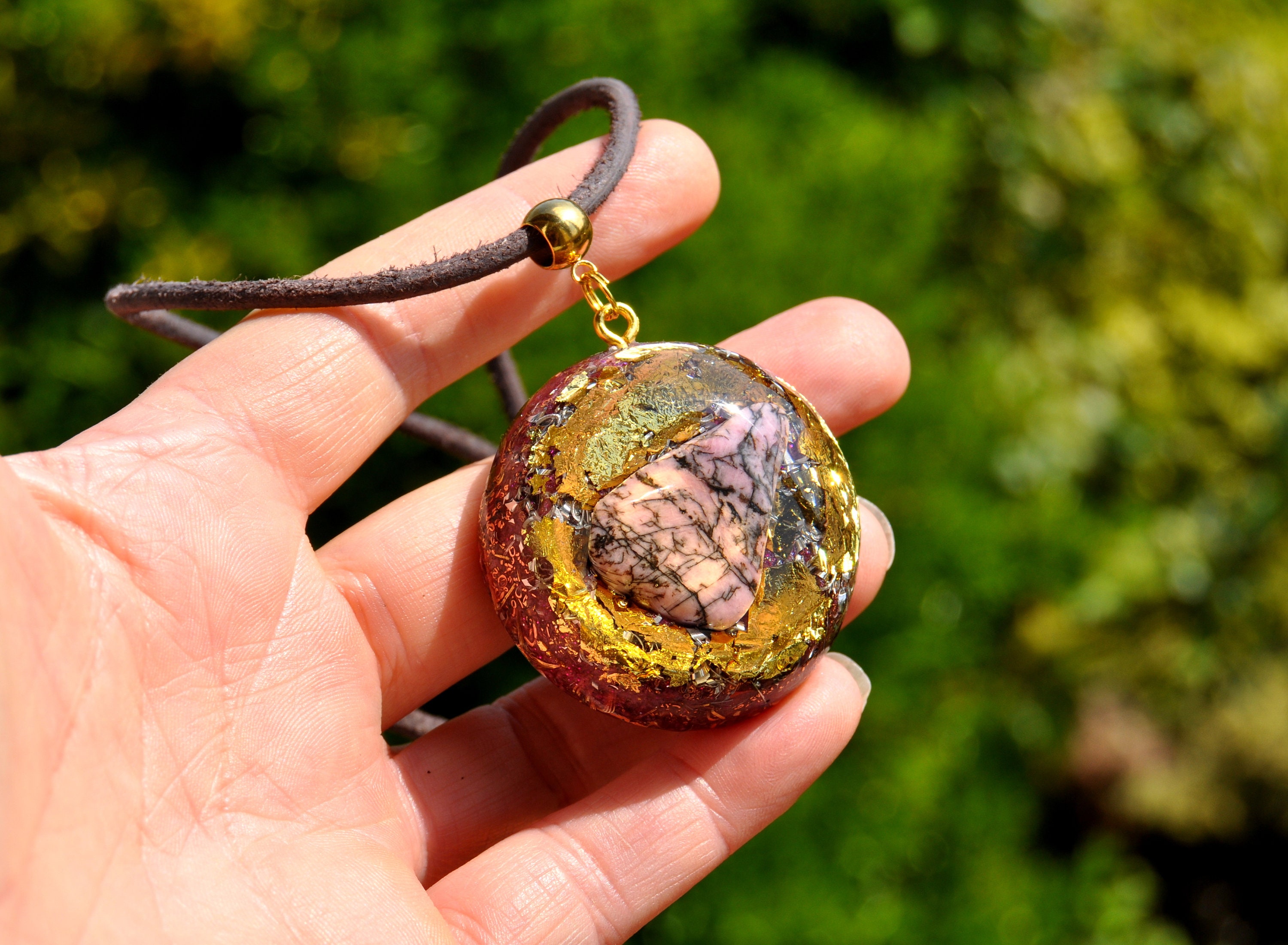 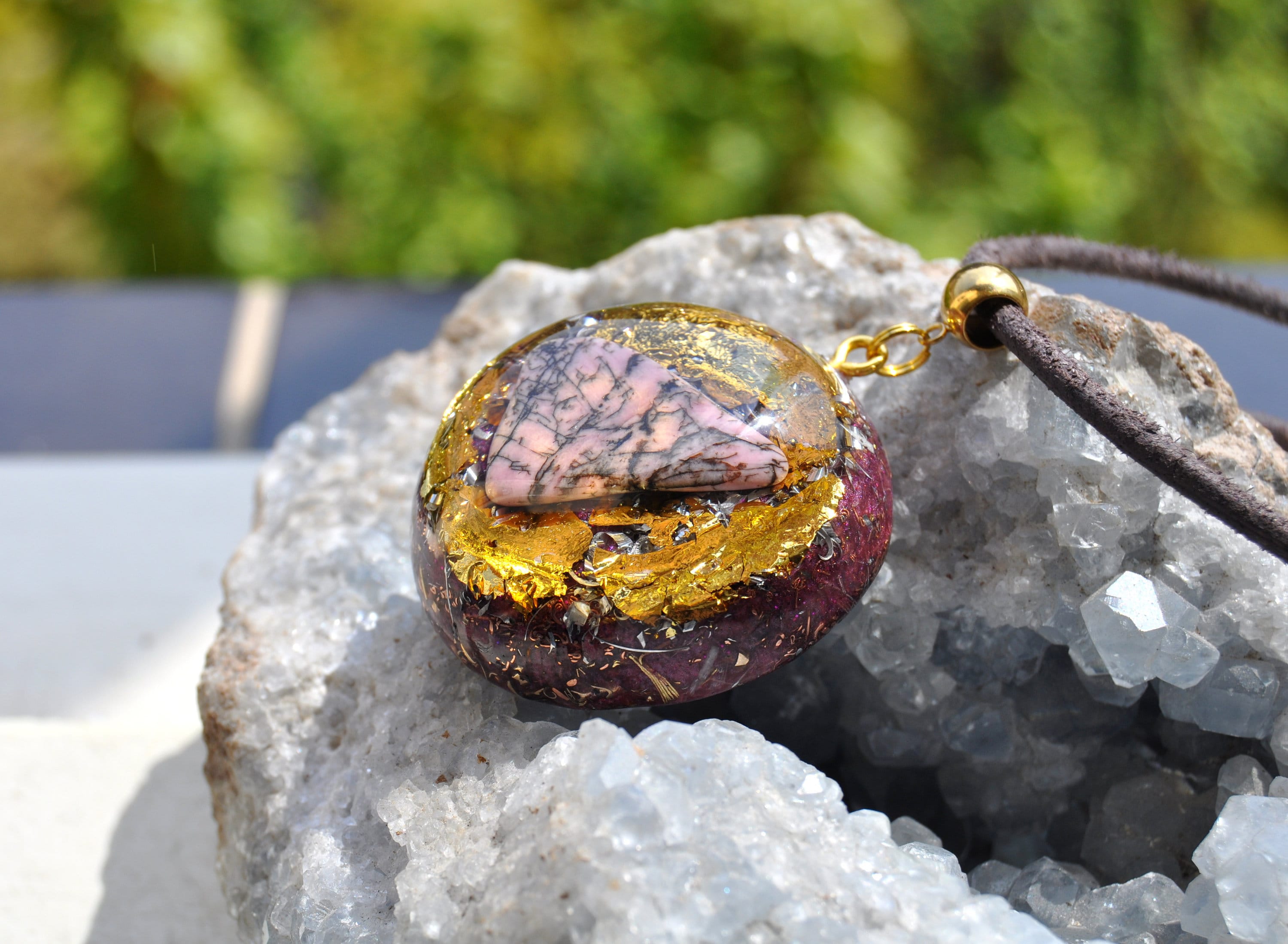 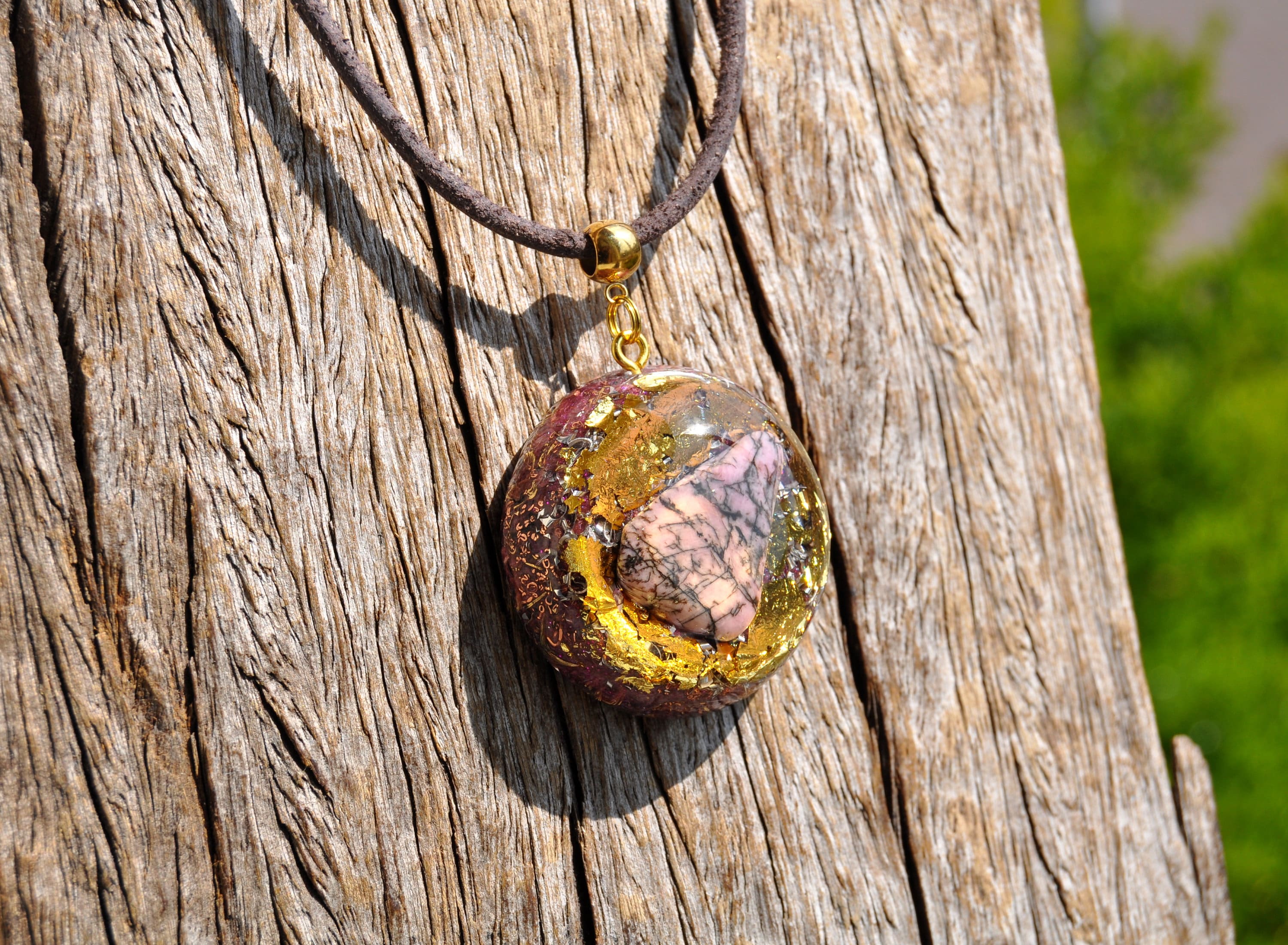 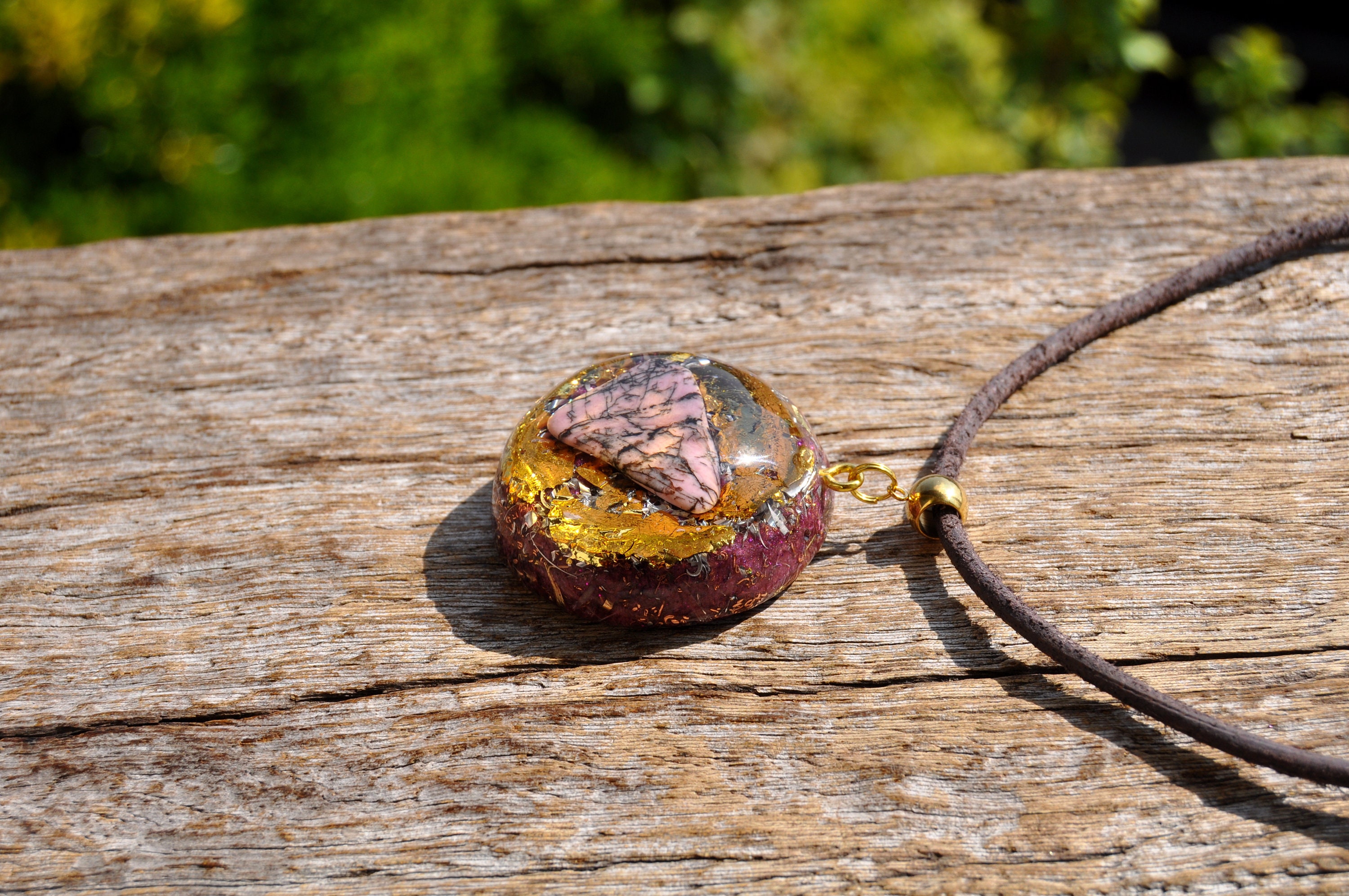 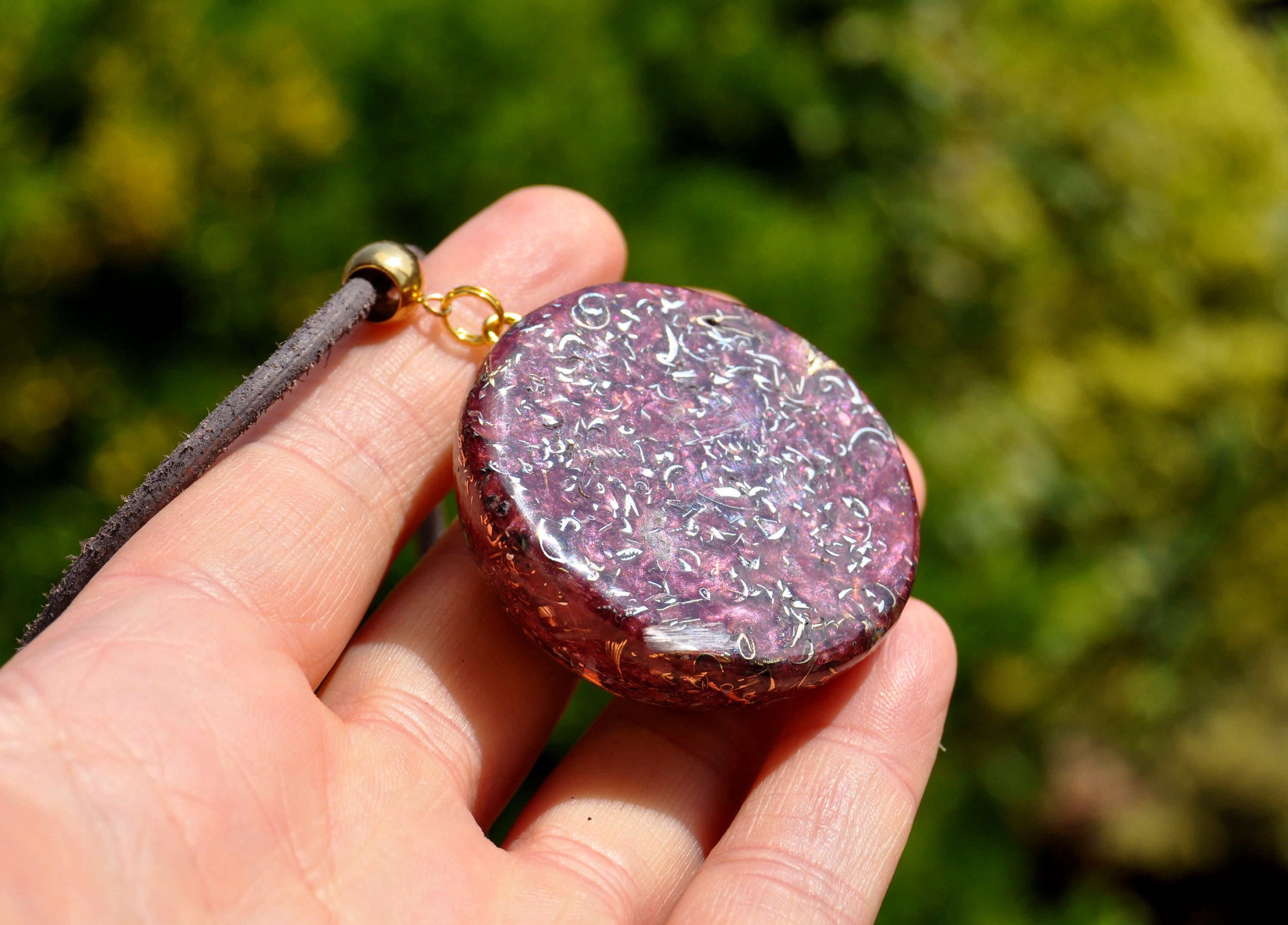 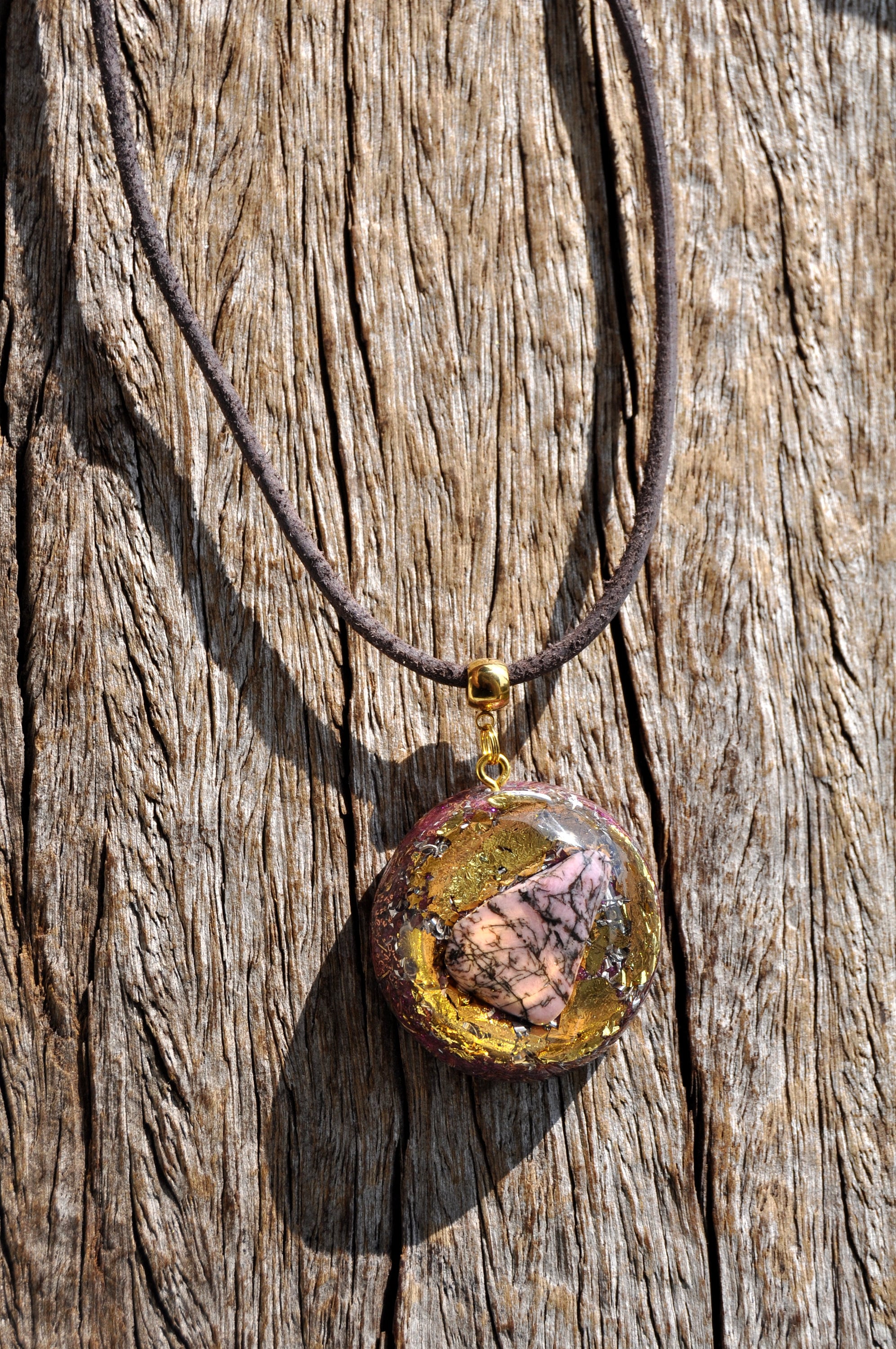 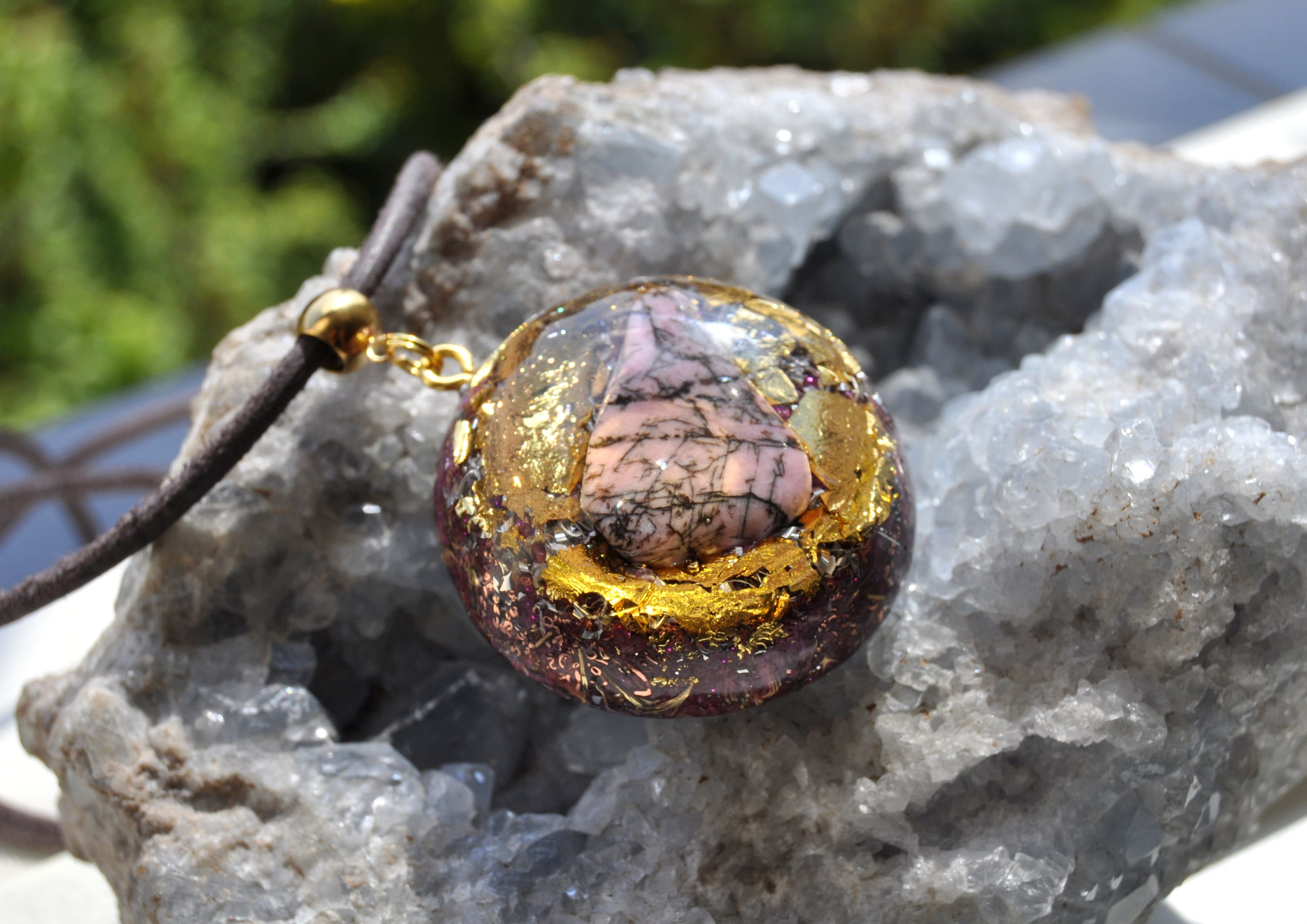 You will get the pendant as shown in the pictures.
This lovely 4.2 cm / 1.65" Orgonite® pendant is made out of lots of brass,bronze, aluminium and copper shavings.

The Rhodonite crystal meaning comes from the word rhodon, which means ‘rose’ in Greek. Like a field of flowers in full bloom and the color of sunsets, pink symbolizes unconditional love and the Rhodonite radiates at the highest level with its striking hue.

Rhodonite is a Heart Chakra stone and is highly recognized as an emotional healer and for bringing one back to center during stressful times. It is a crucial “first aid stone” for calming emotional shock and panic, and provides grounded support during the process of dealing with painful issues. Rhodonite has a strong resonance with forgiveness and giving the soul the love it needs in order to heal. It gently releases self-destructive tendencies, festering resentments and anger, and allows one to see both sides of an issue to reach conciliation. It encourages the love of others, and aligning with the spirituality of the universe in order to recognize one’s purpose and how one’s gifts and abilities may be used to effect change on Earth.

Known for its powerful vibrations of pure love, the Rhodonite crystal healing properties are an excellent remedy for calming frayed nerves. The Xanax of crystal healing, the Rhodonite replaces anxiety, fear, and anger with warm and fuzzy emotions like self-worth, wellbeing, and stability, all the characteristics that make you feel like the real you. Sit quietly with the stone and let it infuse your spirit with the highest vibrations of love. Let the Rhodonite remind you to give happiness a chance because it looks so gorgeous on you.

It comes on a leather cord necklace with lobster clasp closing. You can state how long you would like the necklace cord to be.