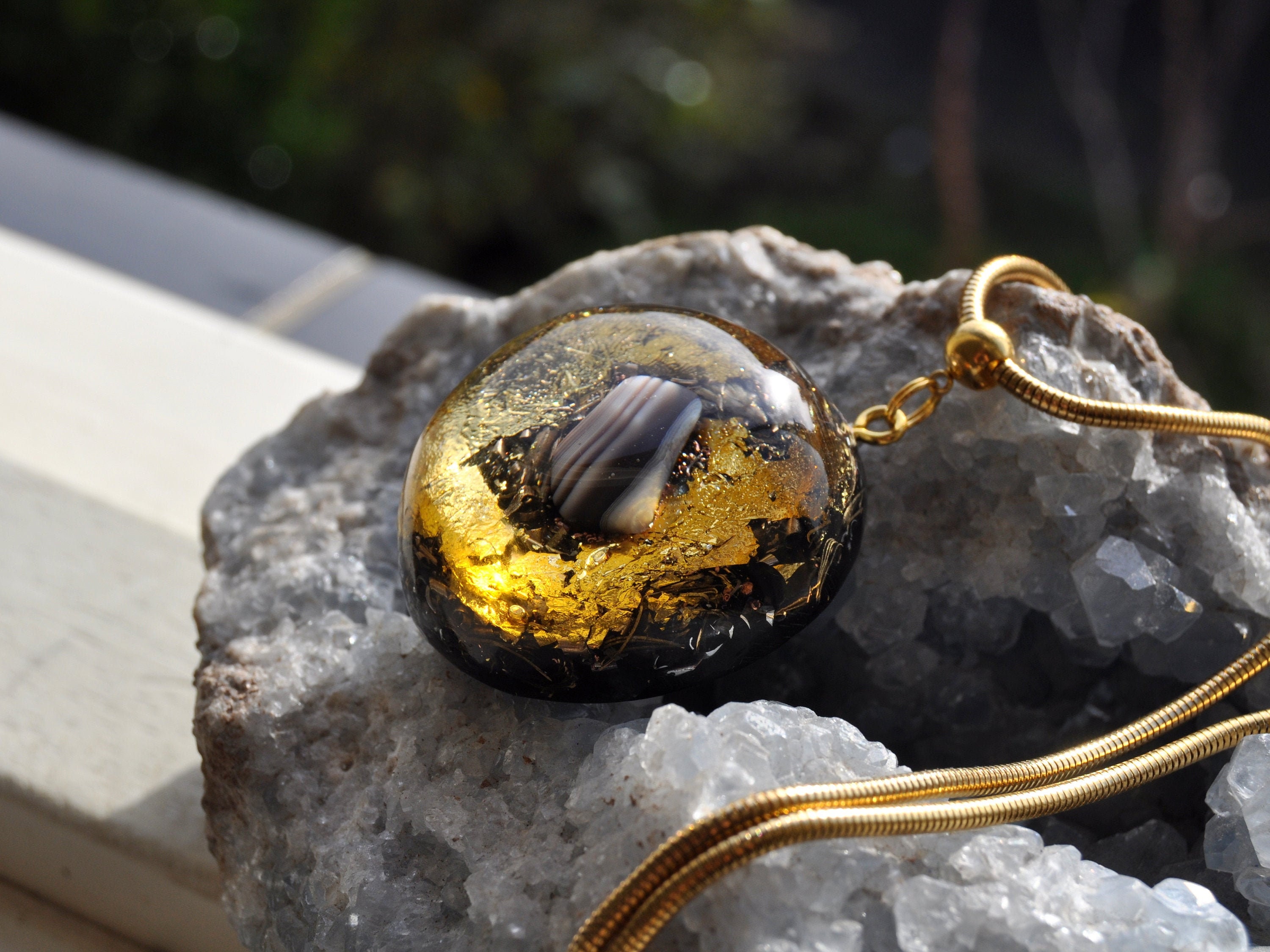 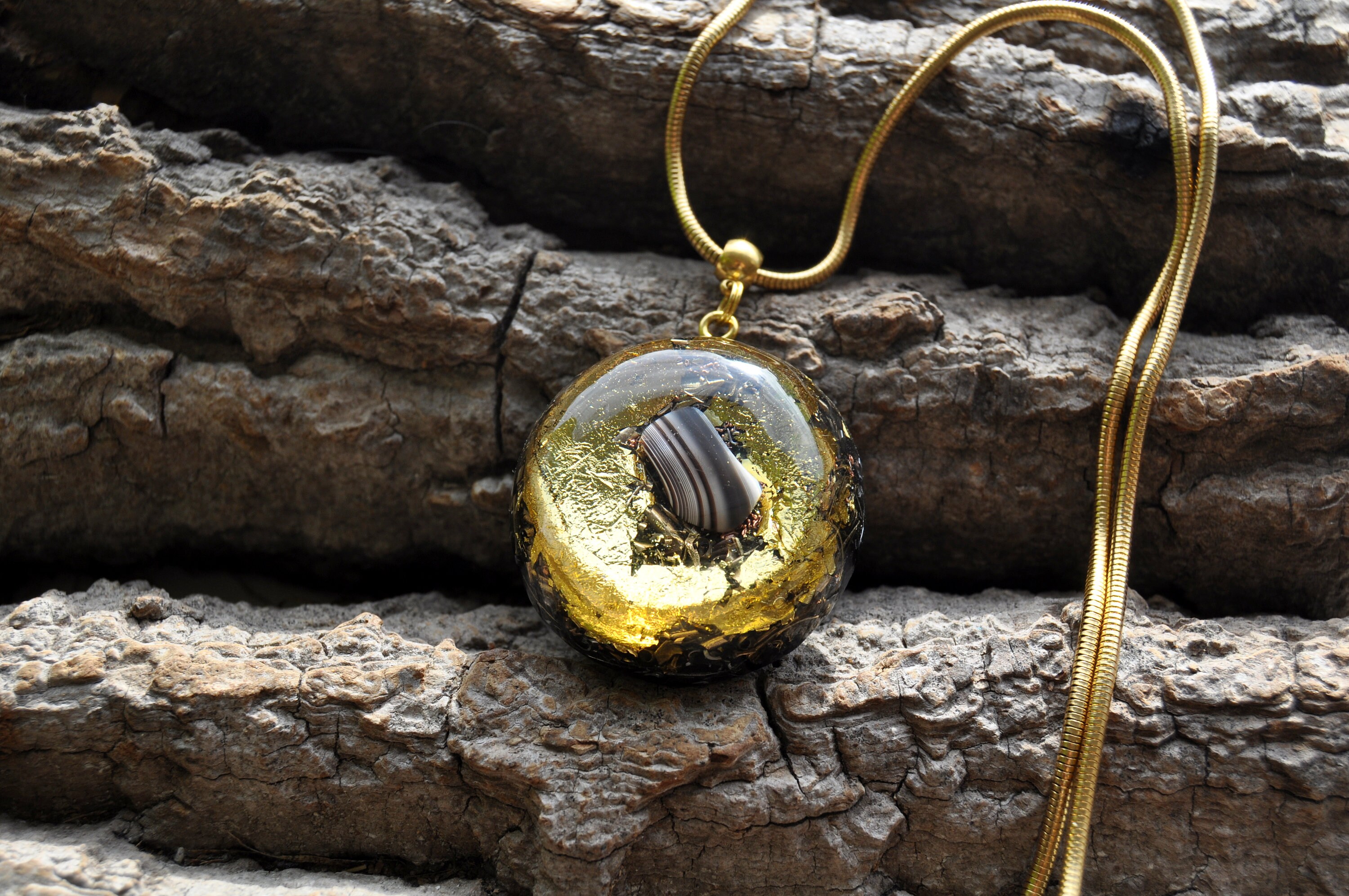 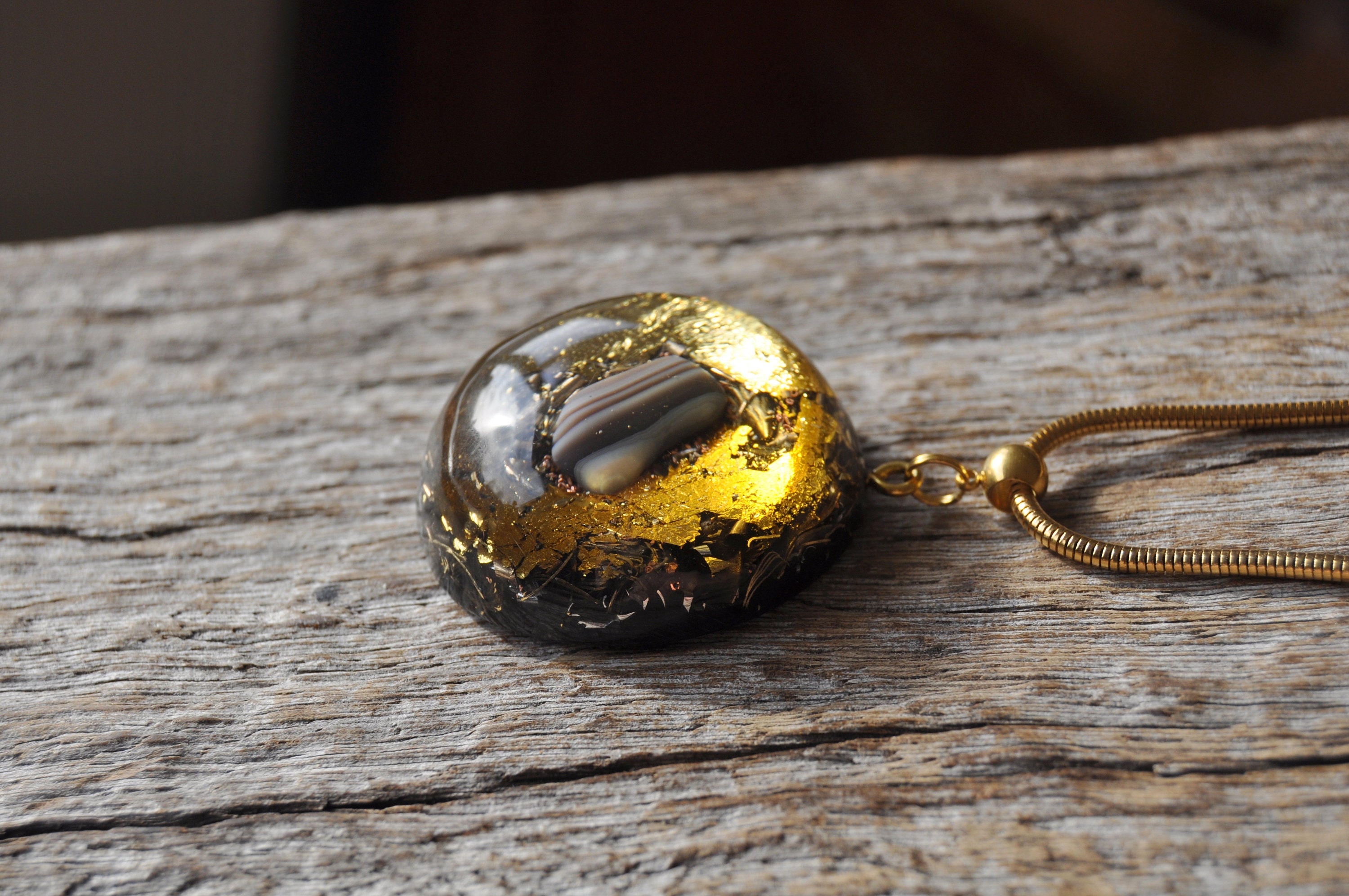 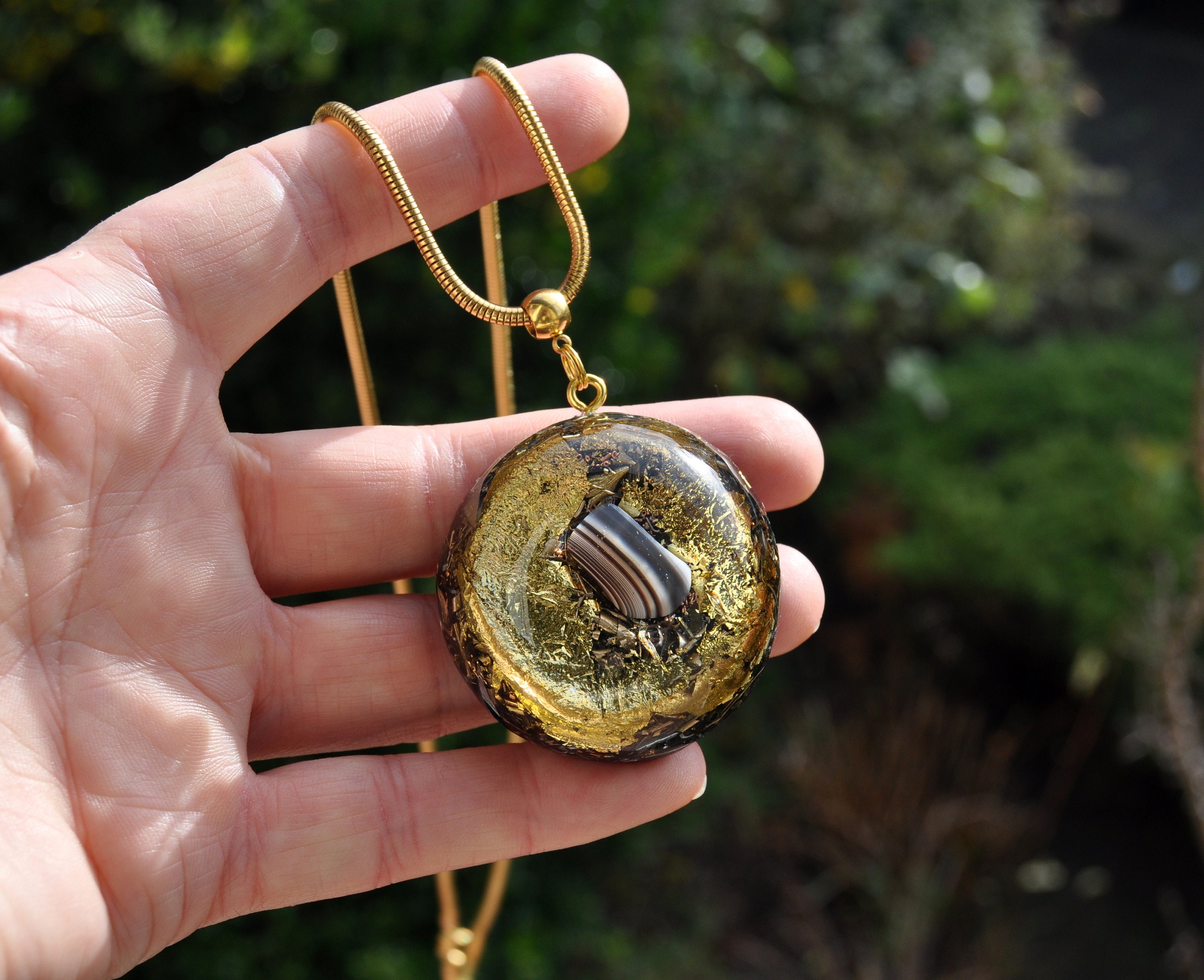 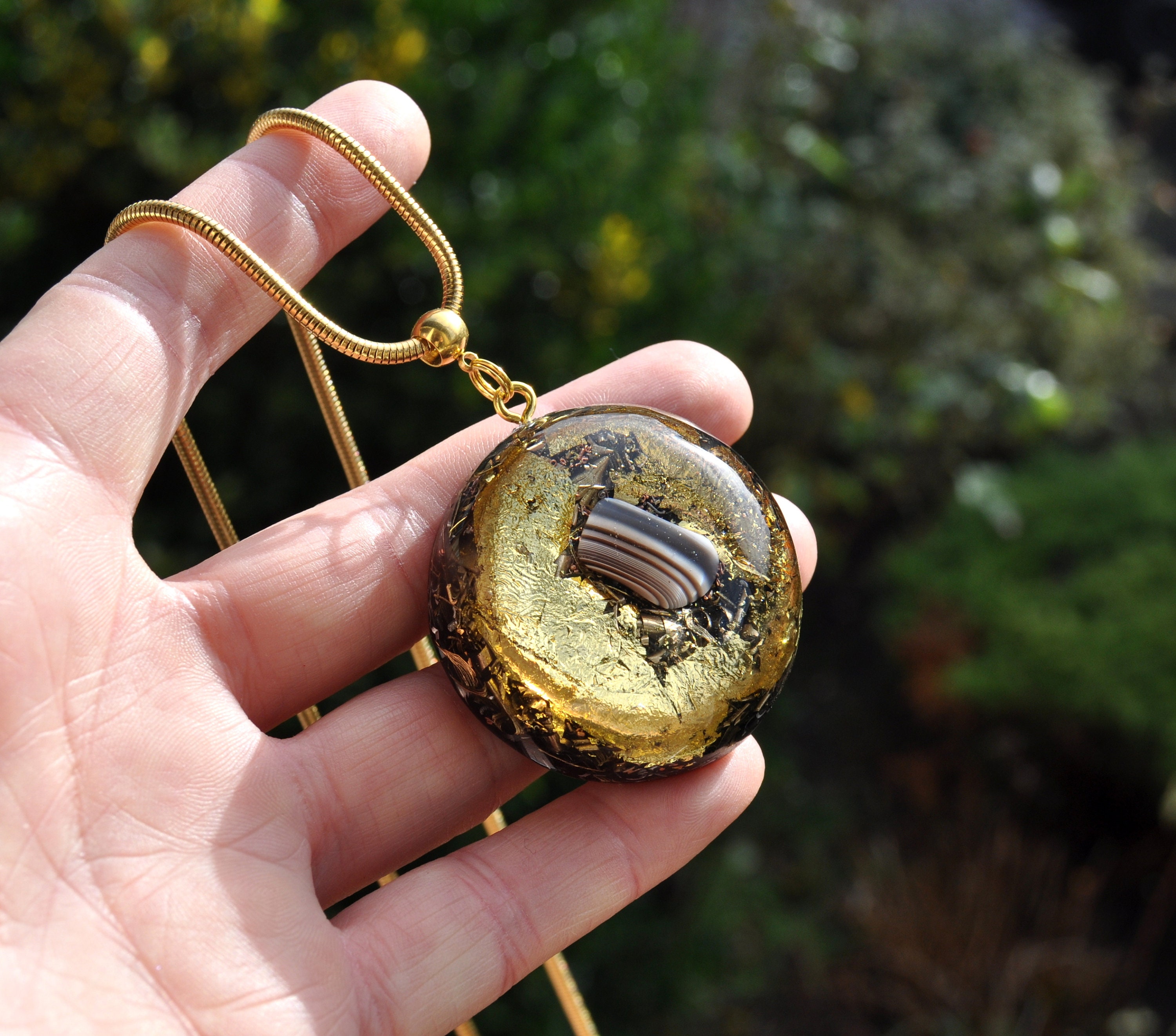 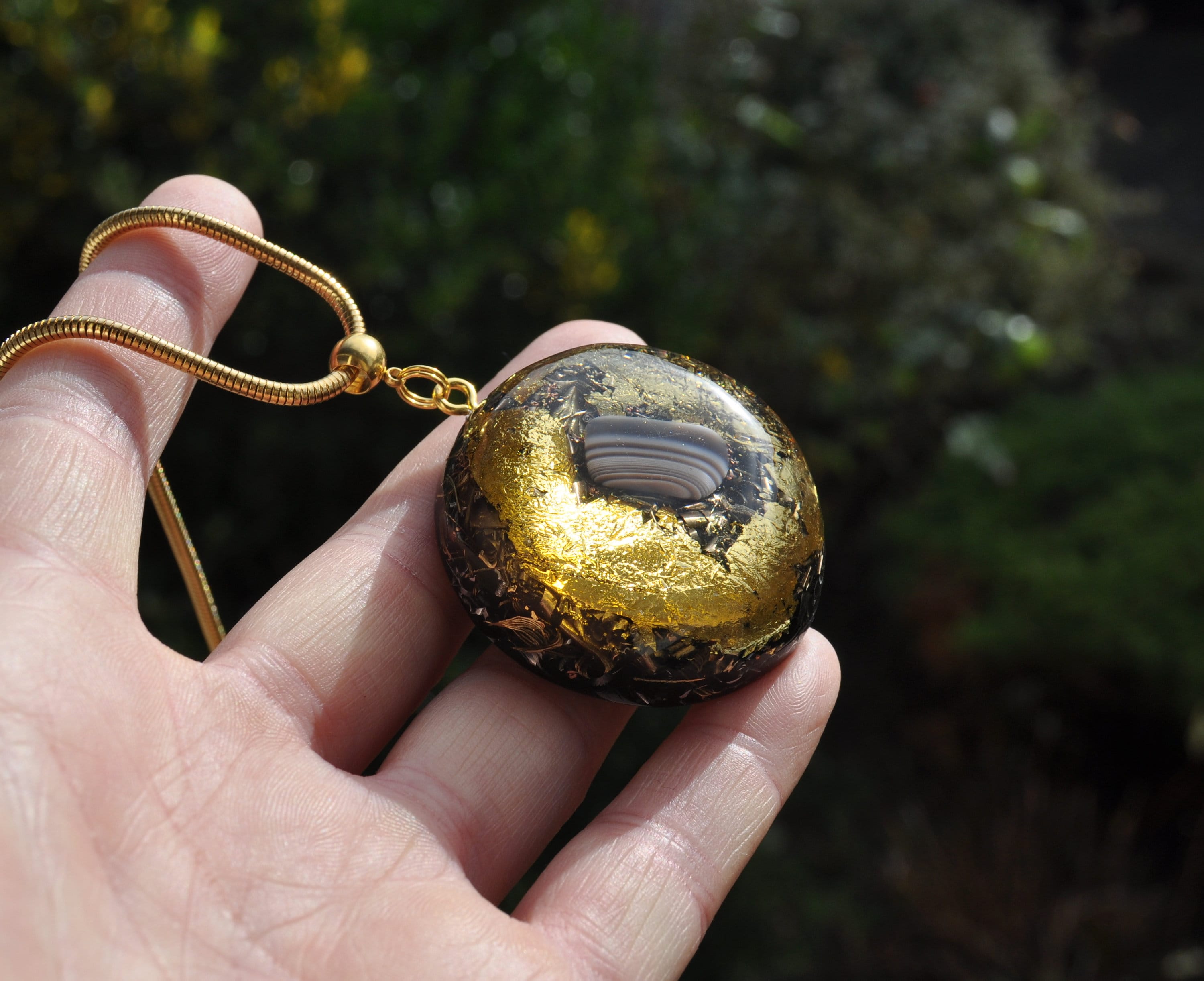 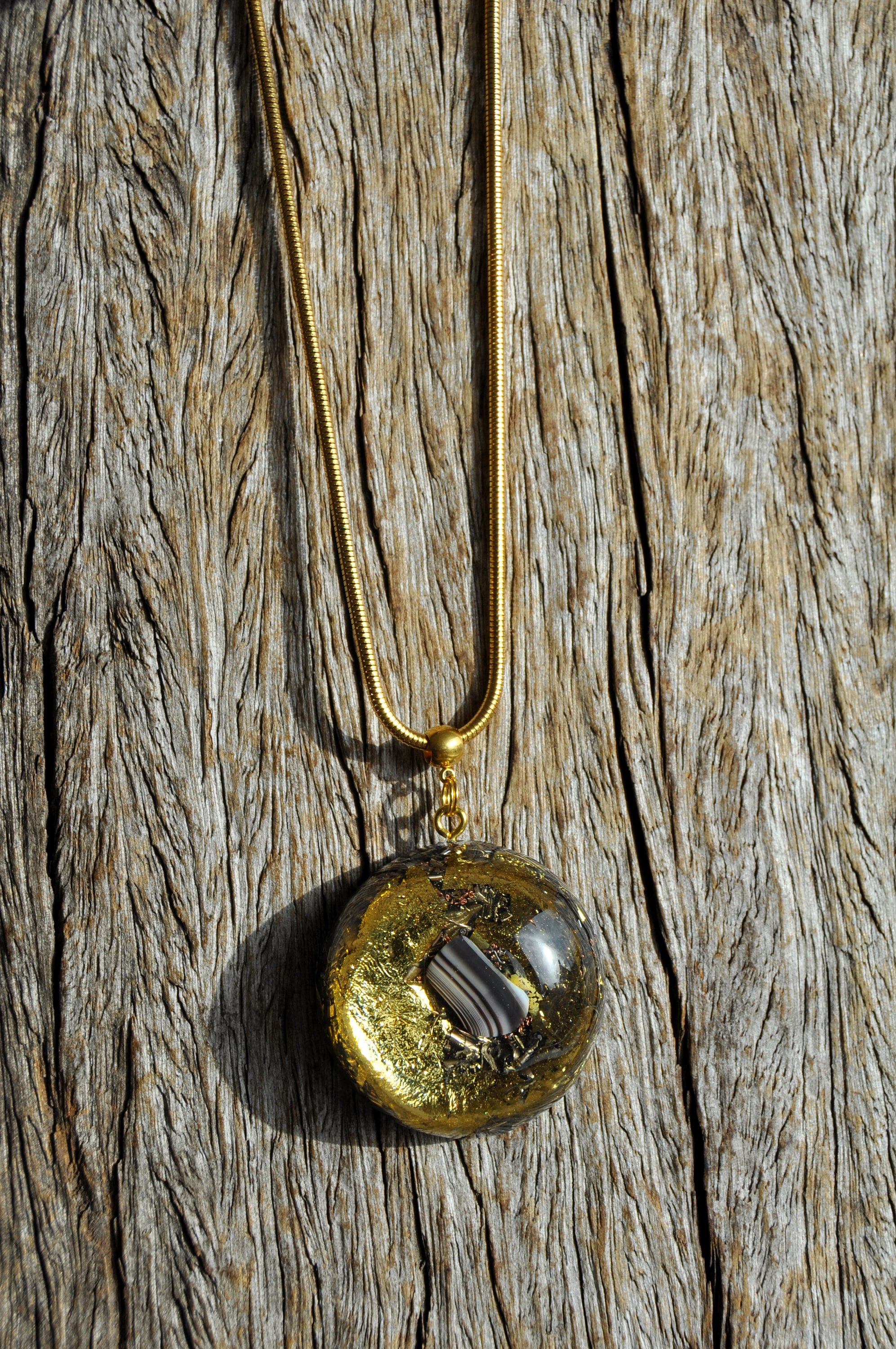 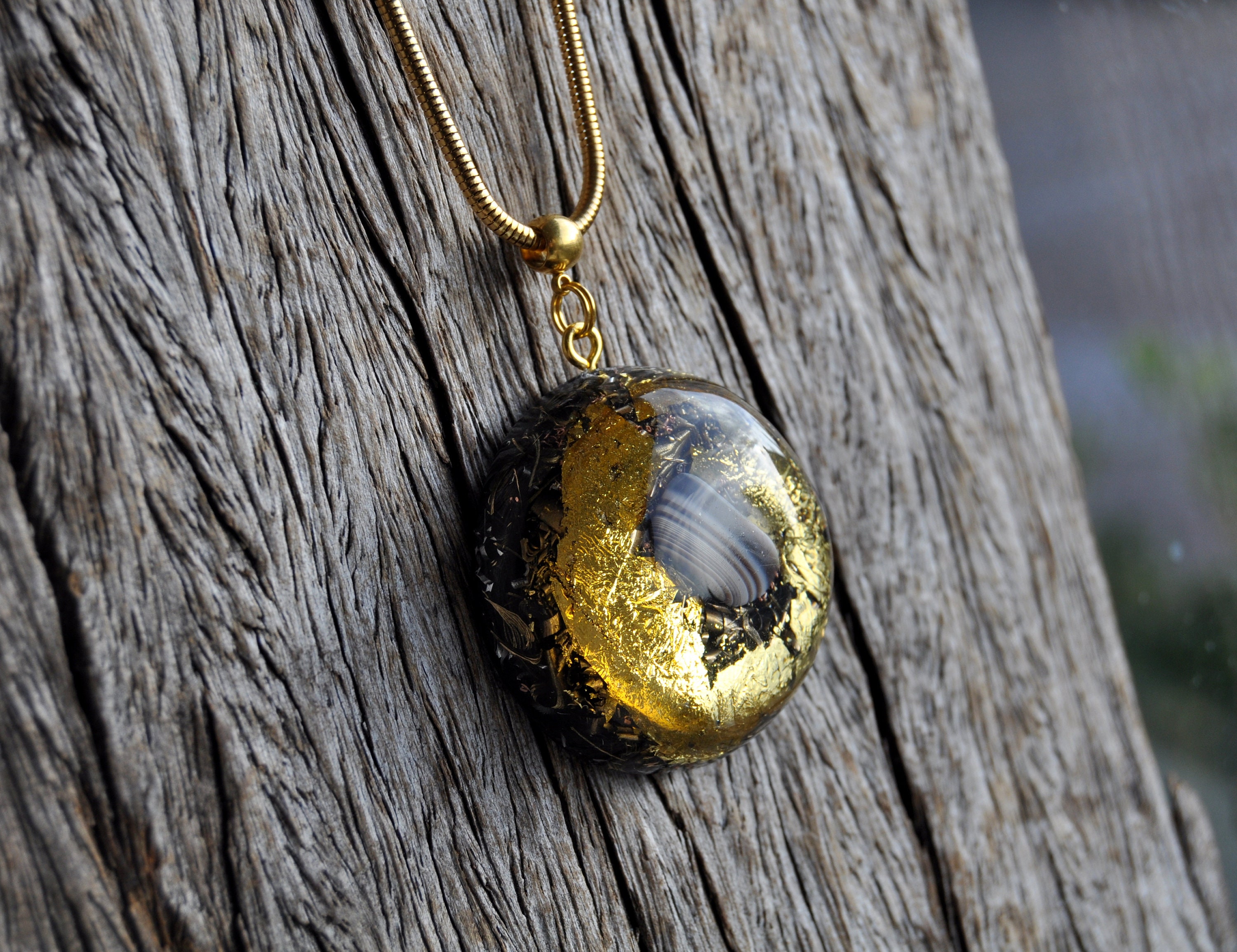 You will get the pendant as shown in the pictures.
This lovely 4.2 cm / 1.65" Orgonite® pendant is made out of lots of brass, bronze aluminium and copper shavings.

It comes on a stainless steel 65 cm / 26 inches necklace with lobster clasp closing.