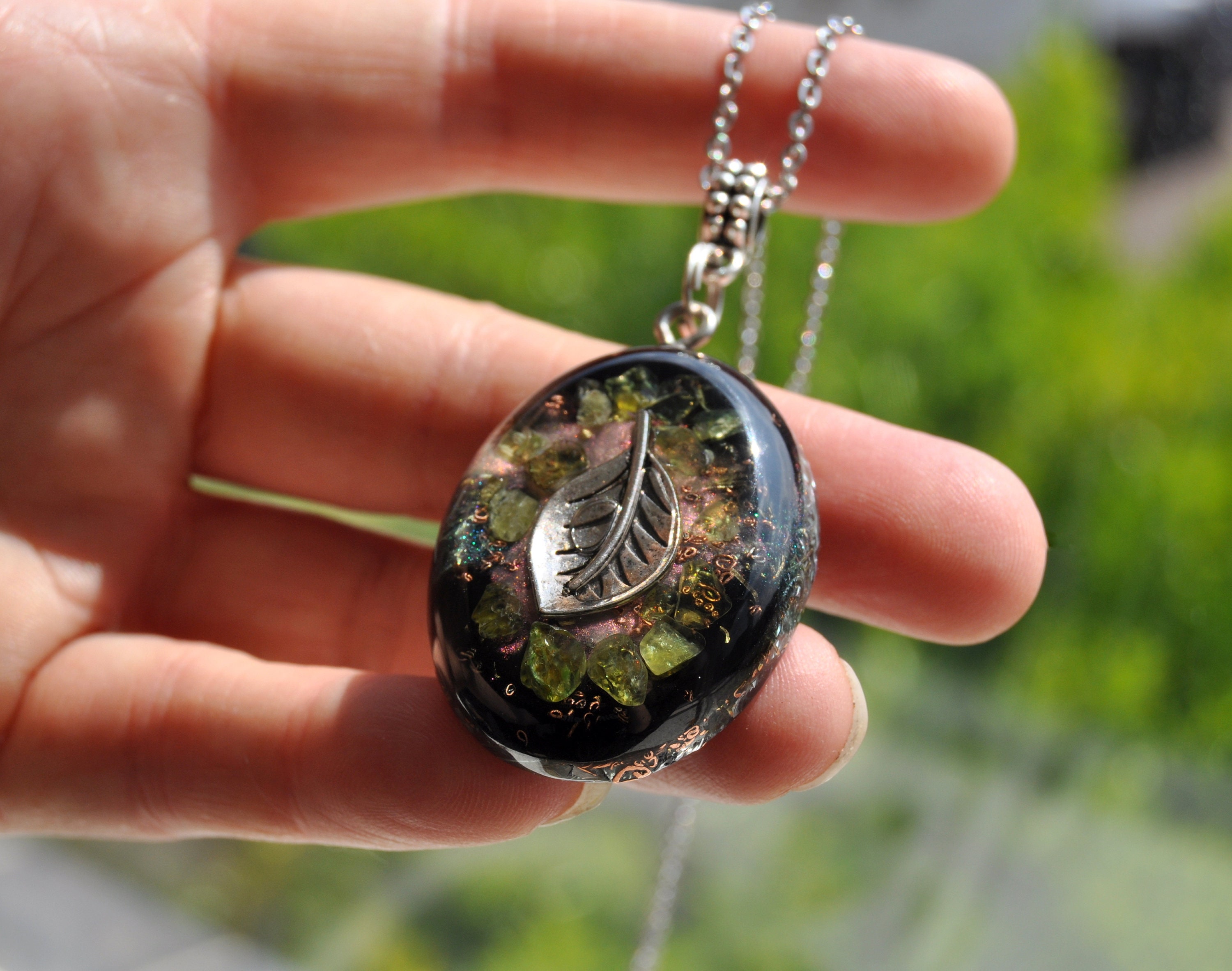 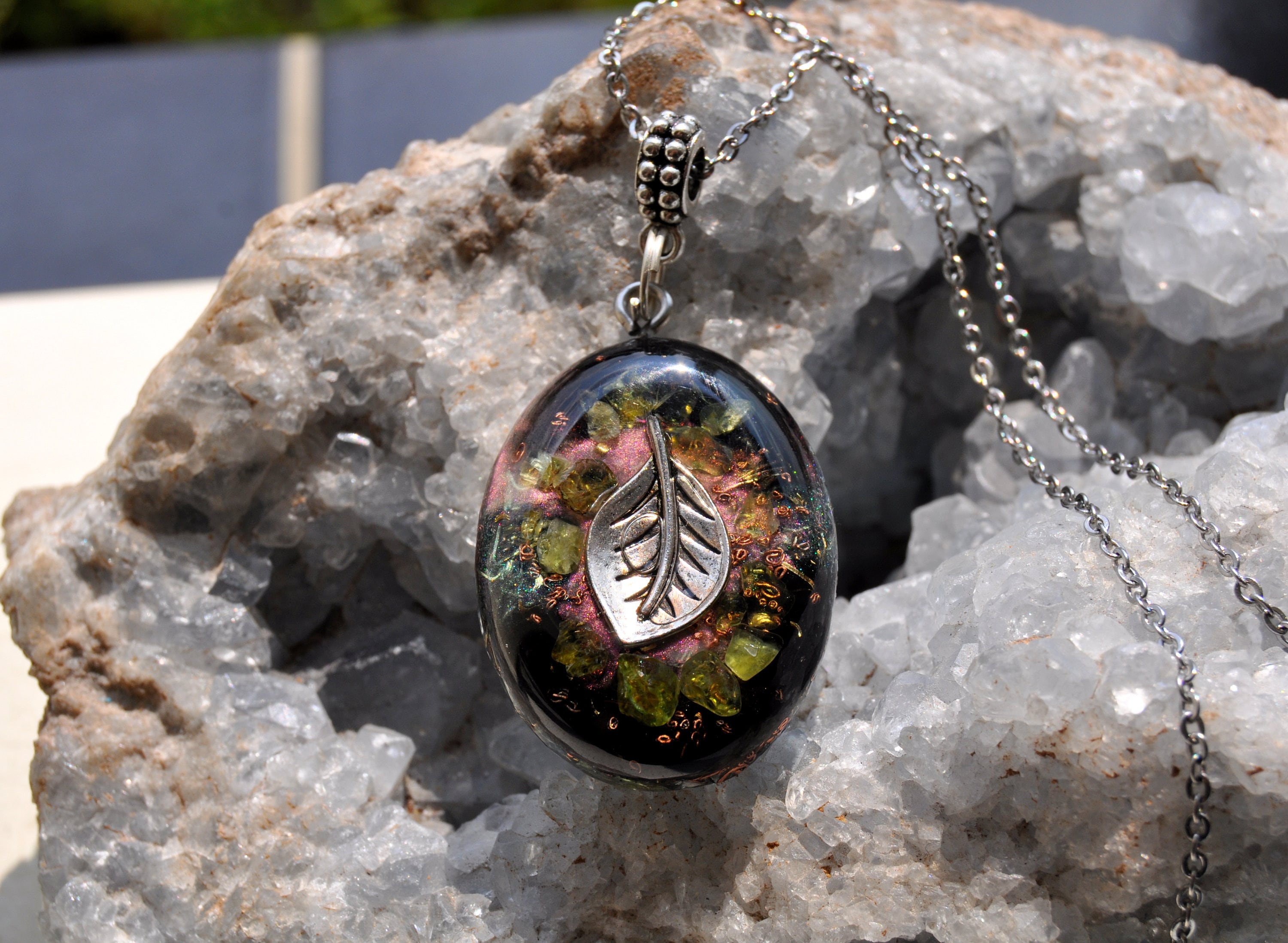 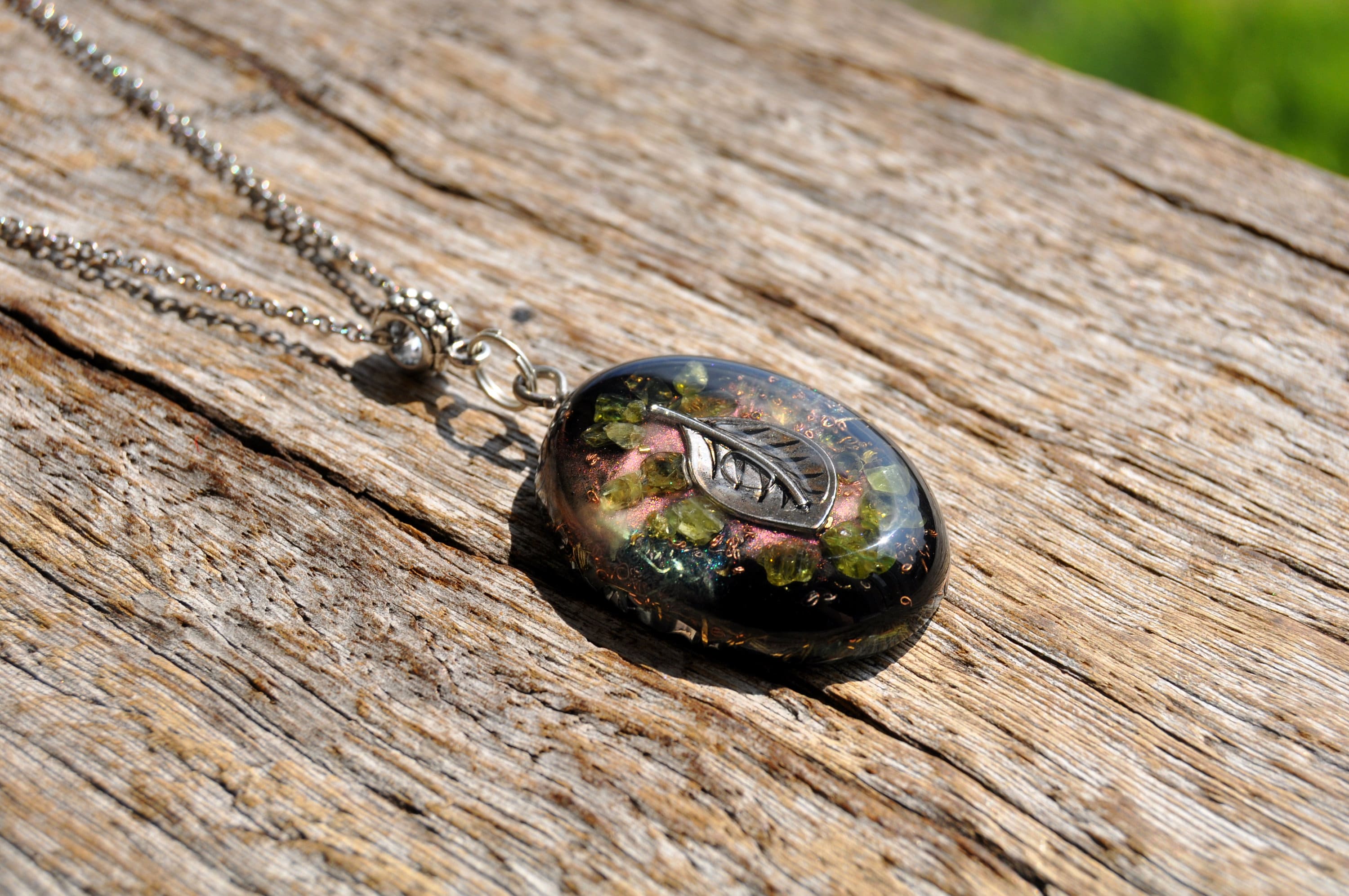 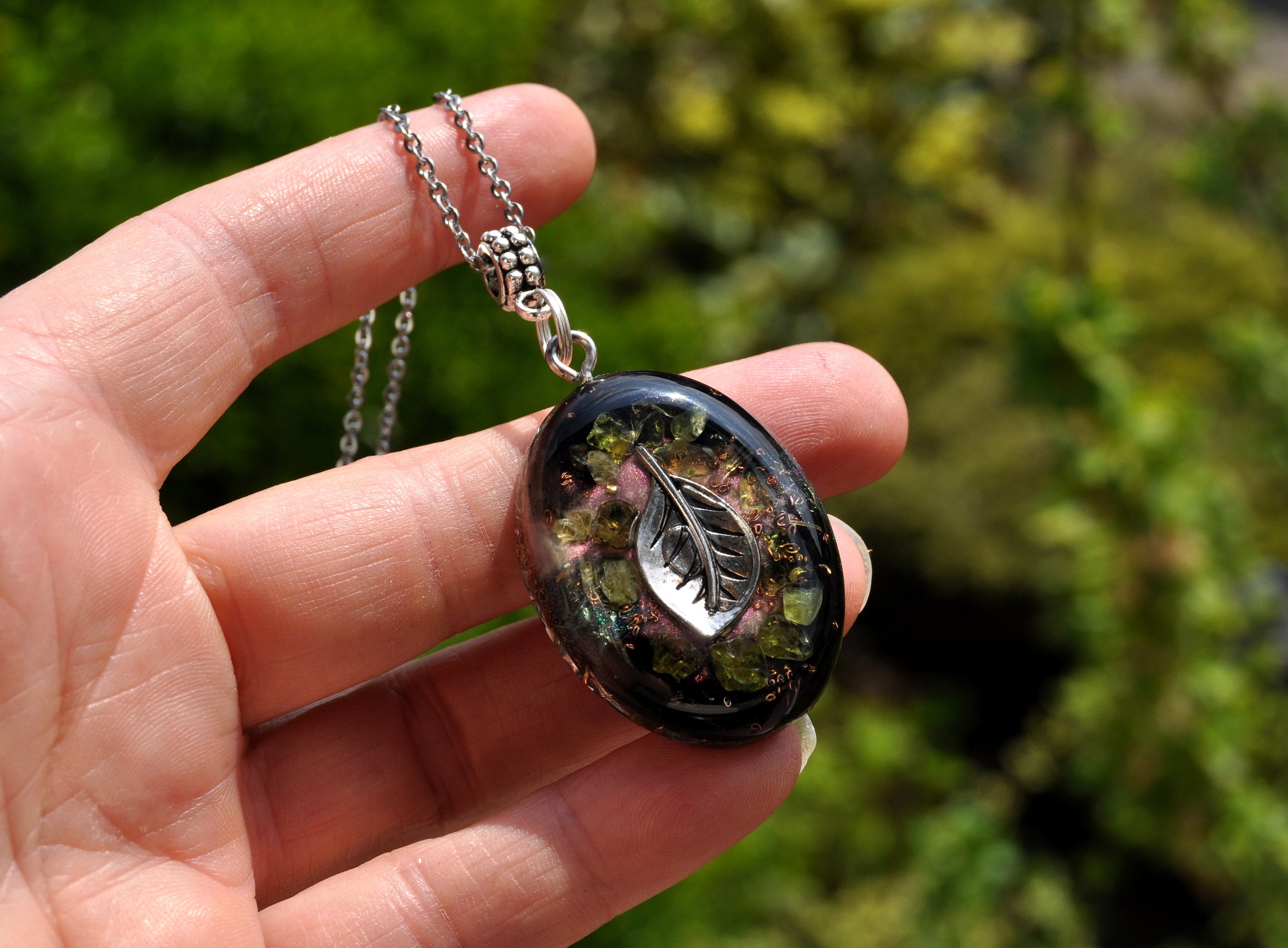 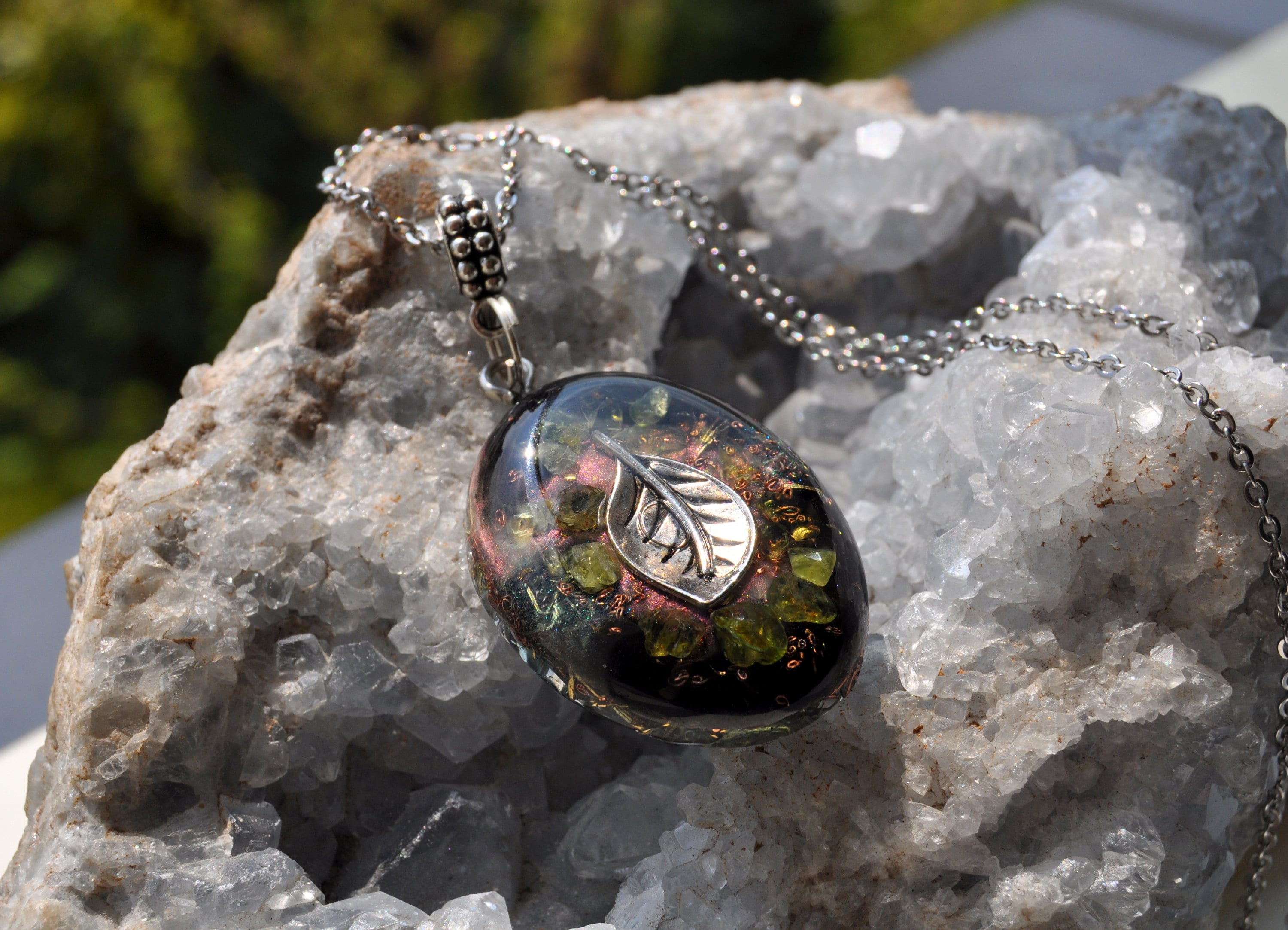 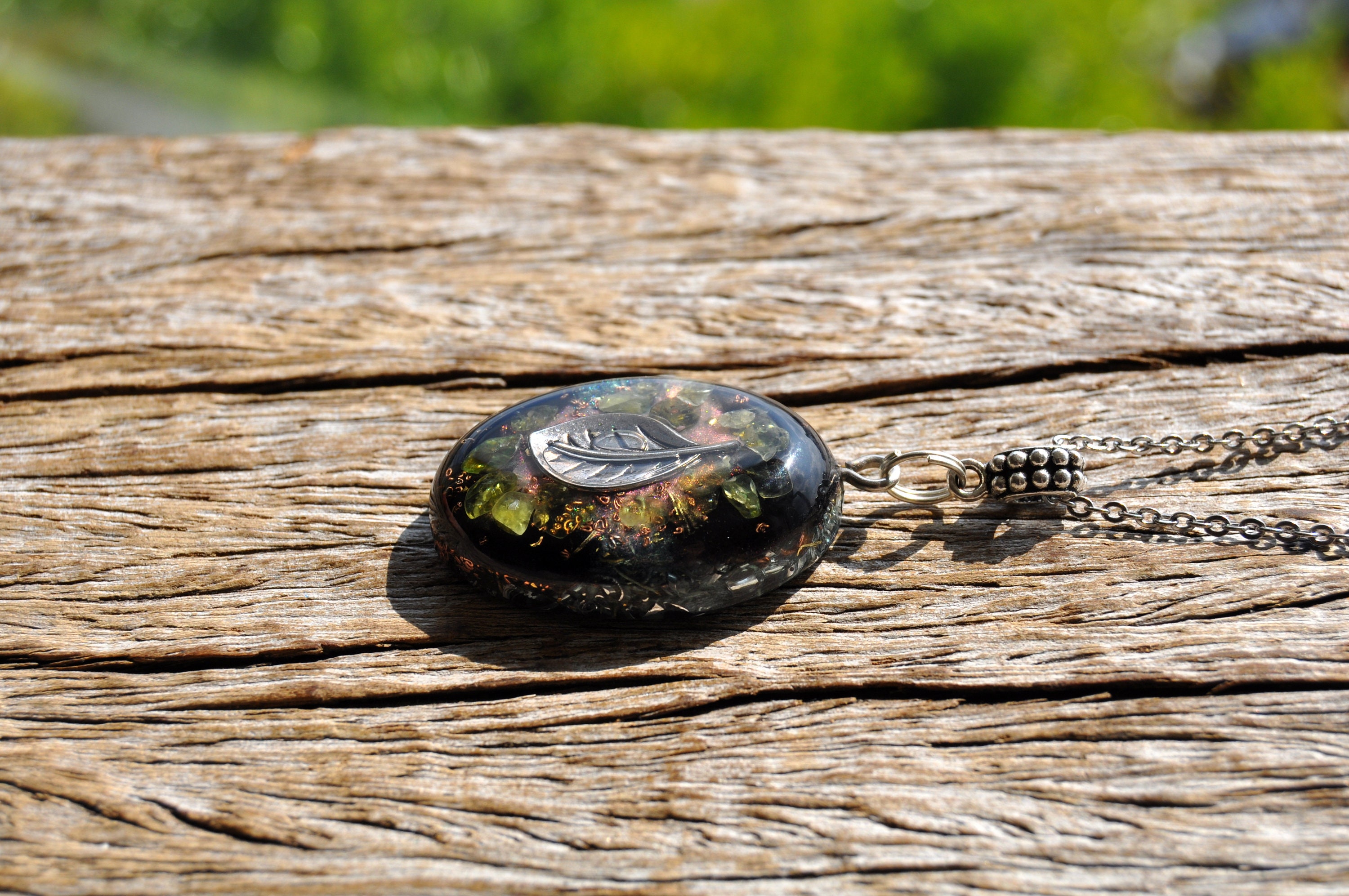 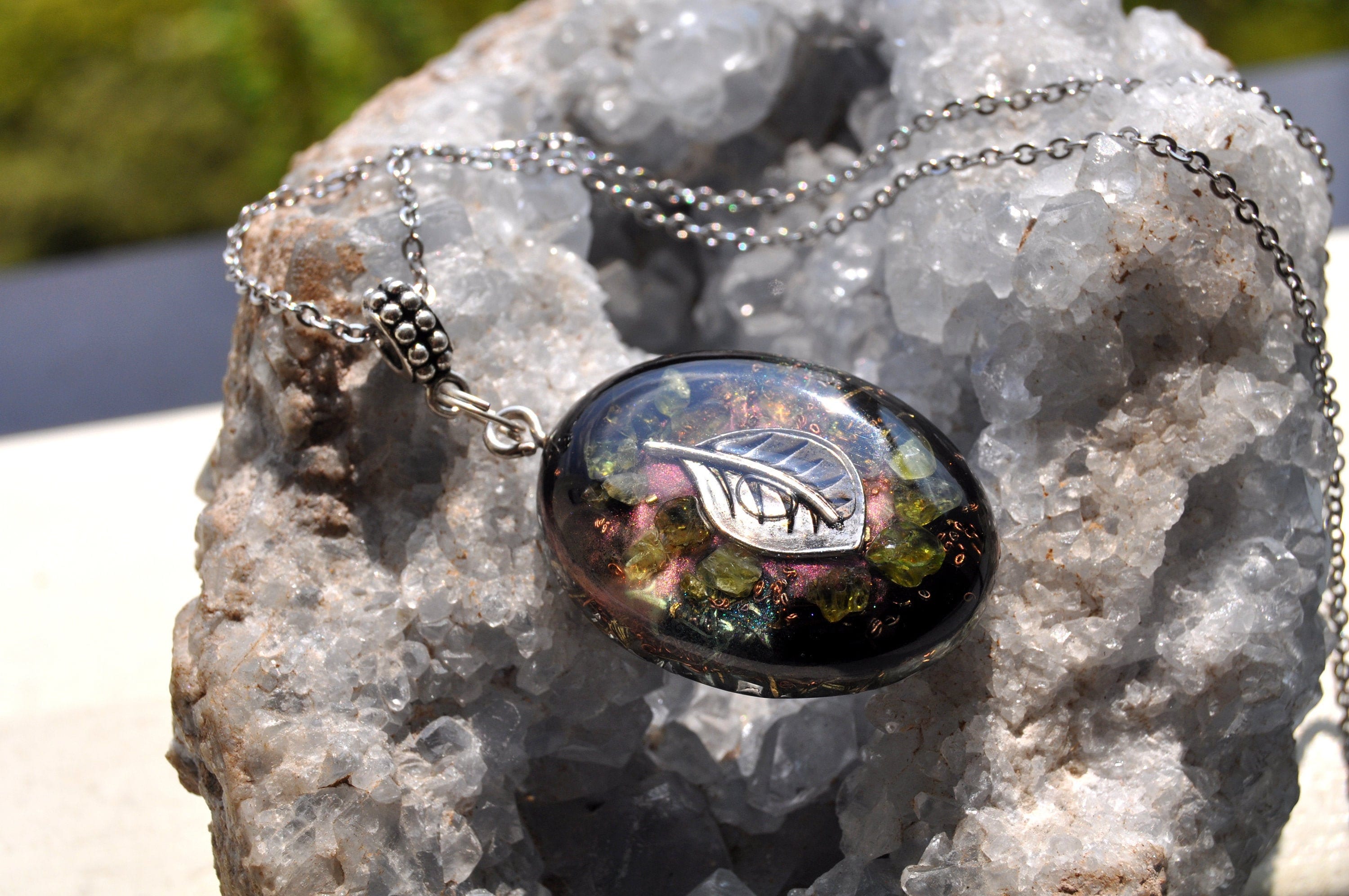 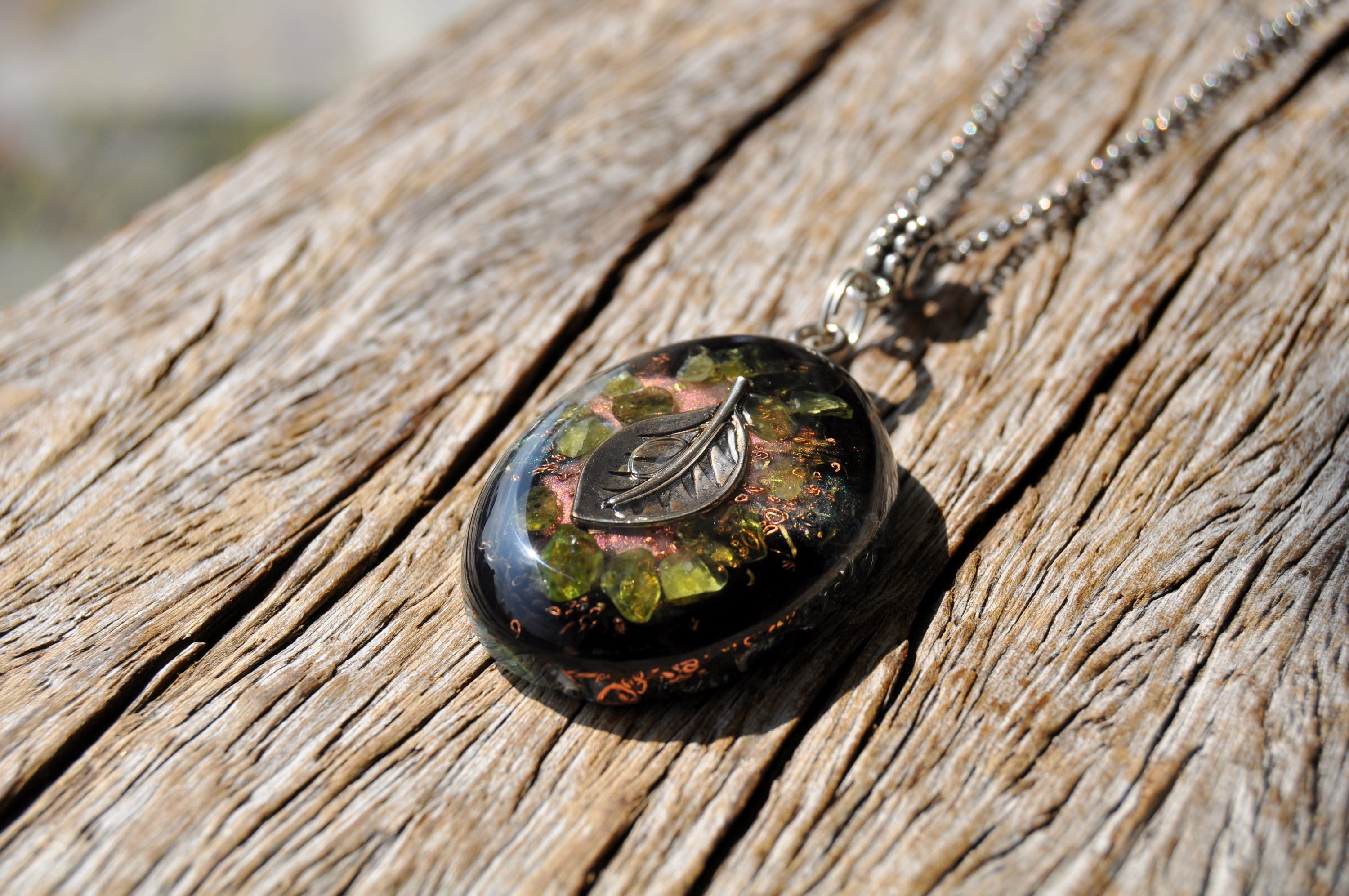 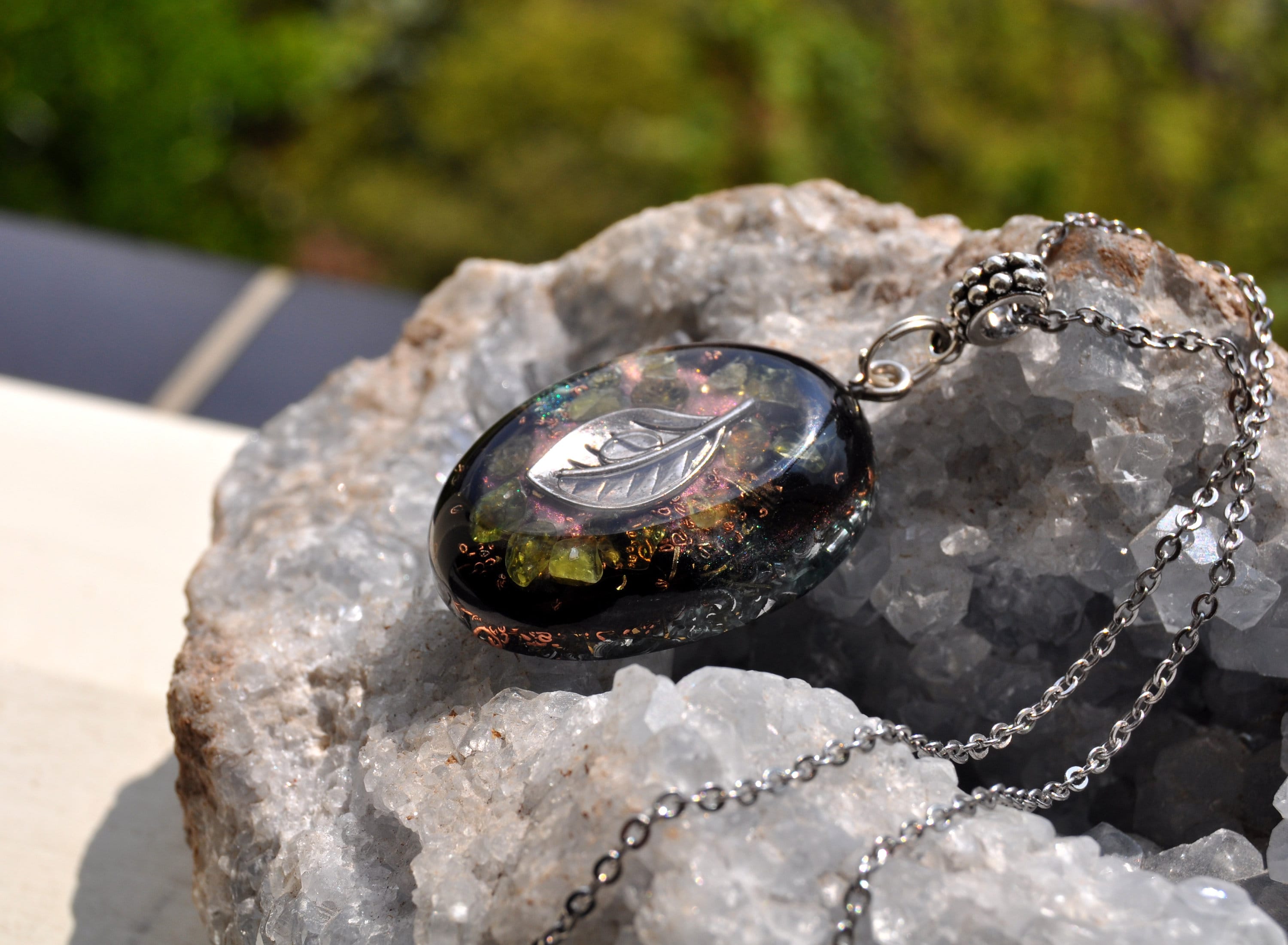 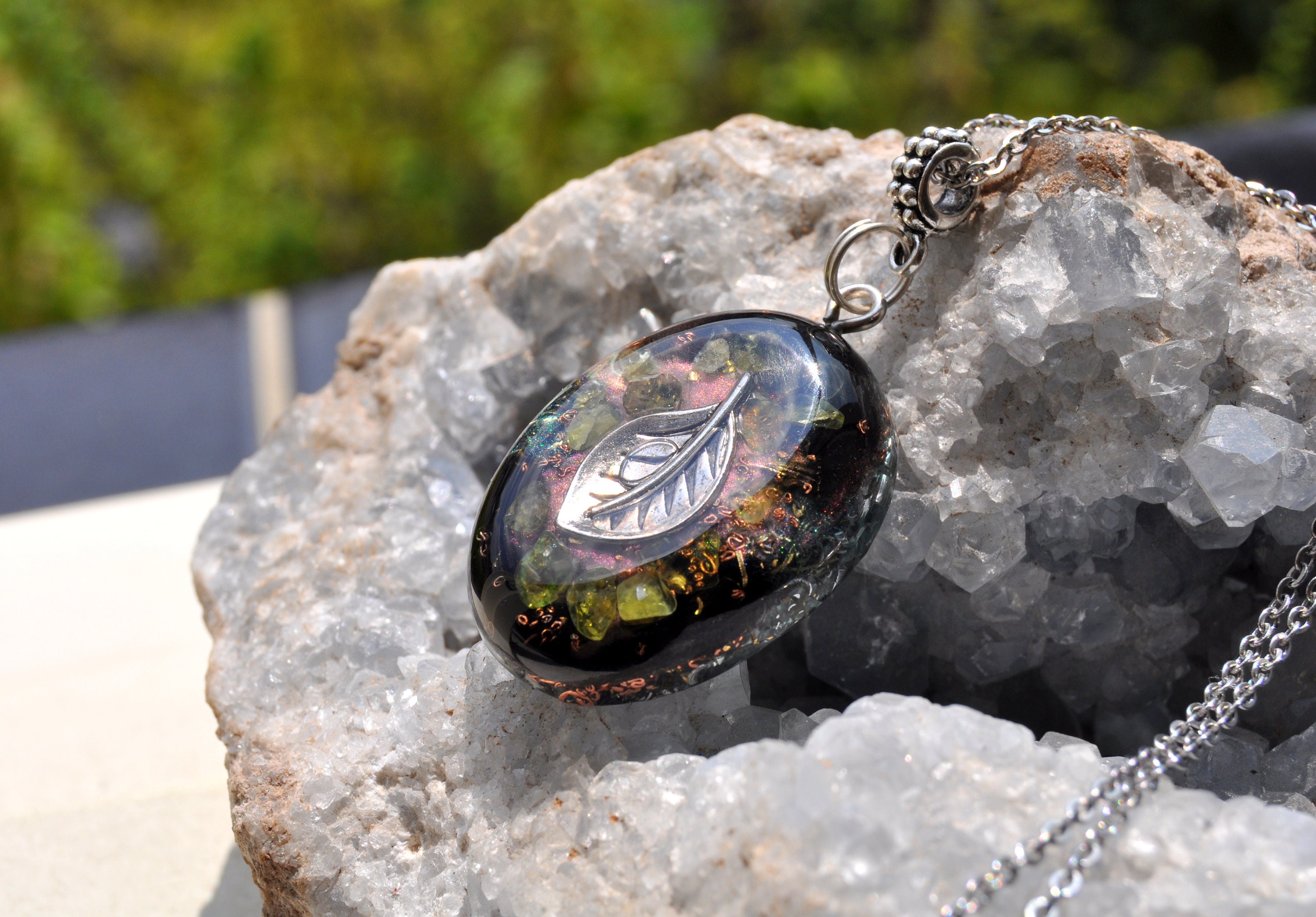 You will get the pendant as shown in the pictures.
This unique Orgonite® pendant contains aluminium,bronze, aluminium, brass and copper shavings, green Peridot (in the front), Rhodizite (to amplify the other crystals), Pyrite (to enhance), black Tourmaline (front- to ground excess energy and for protection), Rose Quartz (love, self-love), Elite Shungite (protection), Selenite (to clean and charge the other crystals) and clear quartz (for piezo electric effect) in a durable resin setting.

It has a leaf in the front.

Because it is a one of a kind hand-crafted one, it may have slight artistic imperfections.
It comes on a 44 cm / 2.55 inches necklace with lobster clasp closing.
Appr. Size:
Height 3,6 cm (1.4")