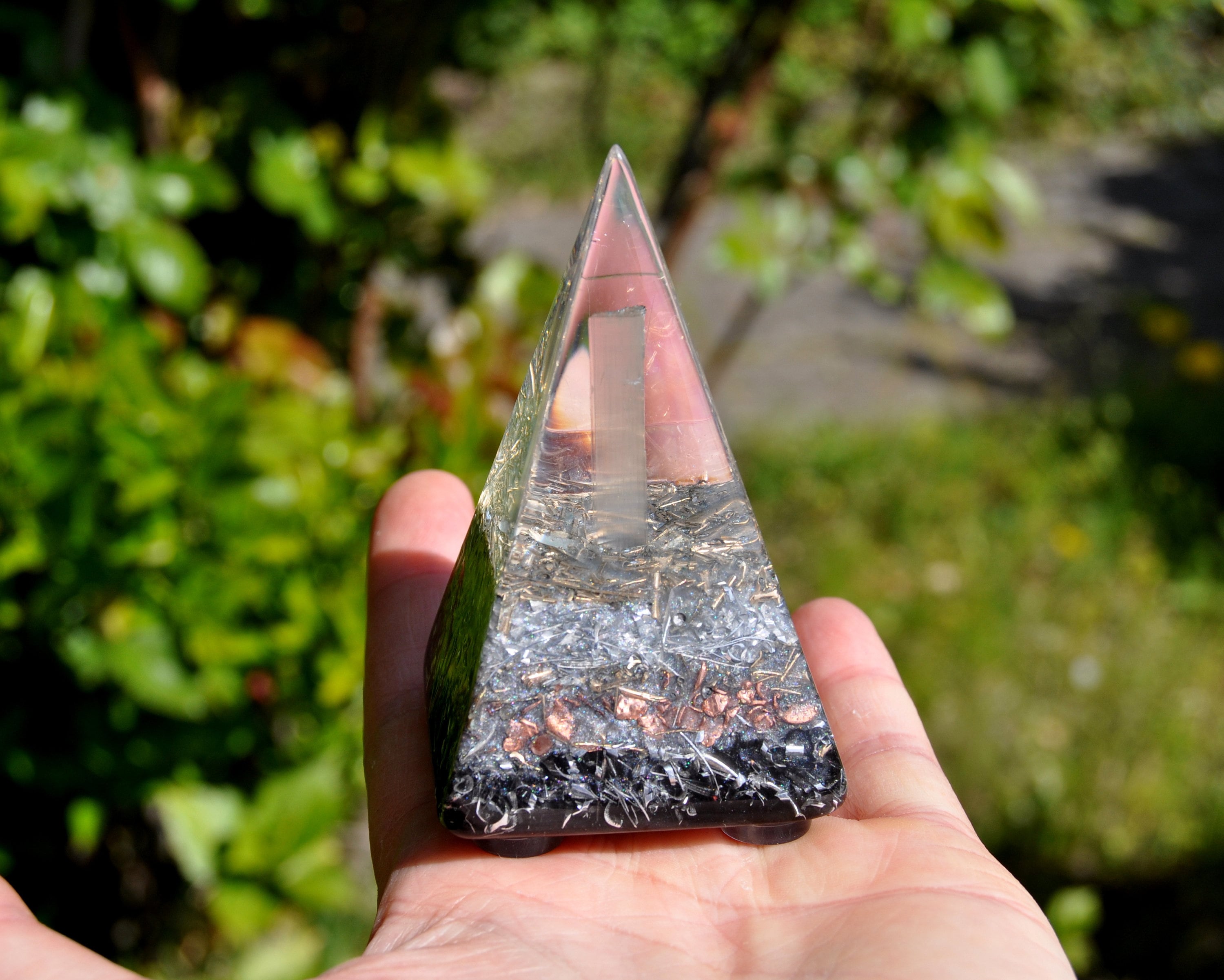 This is a unique Orgonite® pyramid with Selenite. The pyramid weights 111 gram / 3.91 Oz.