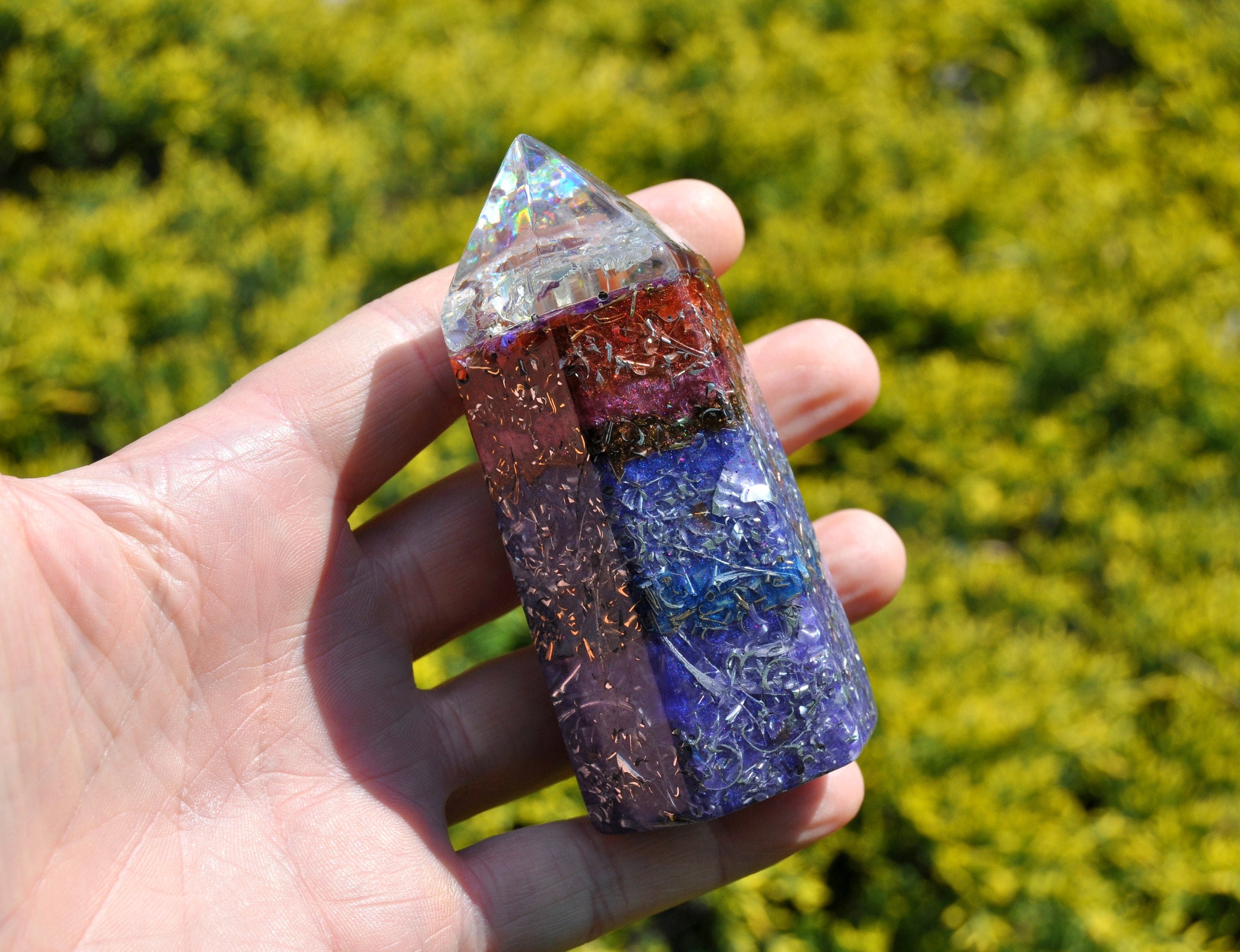 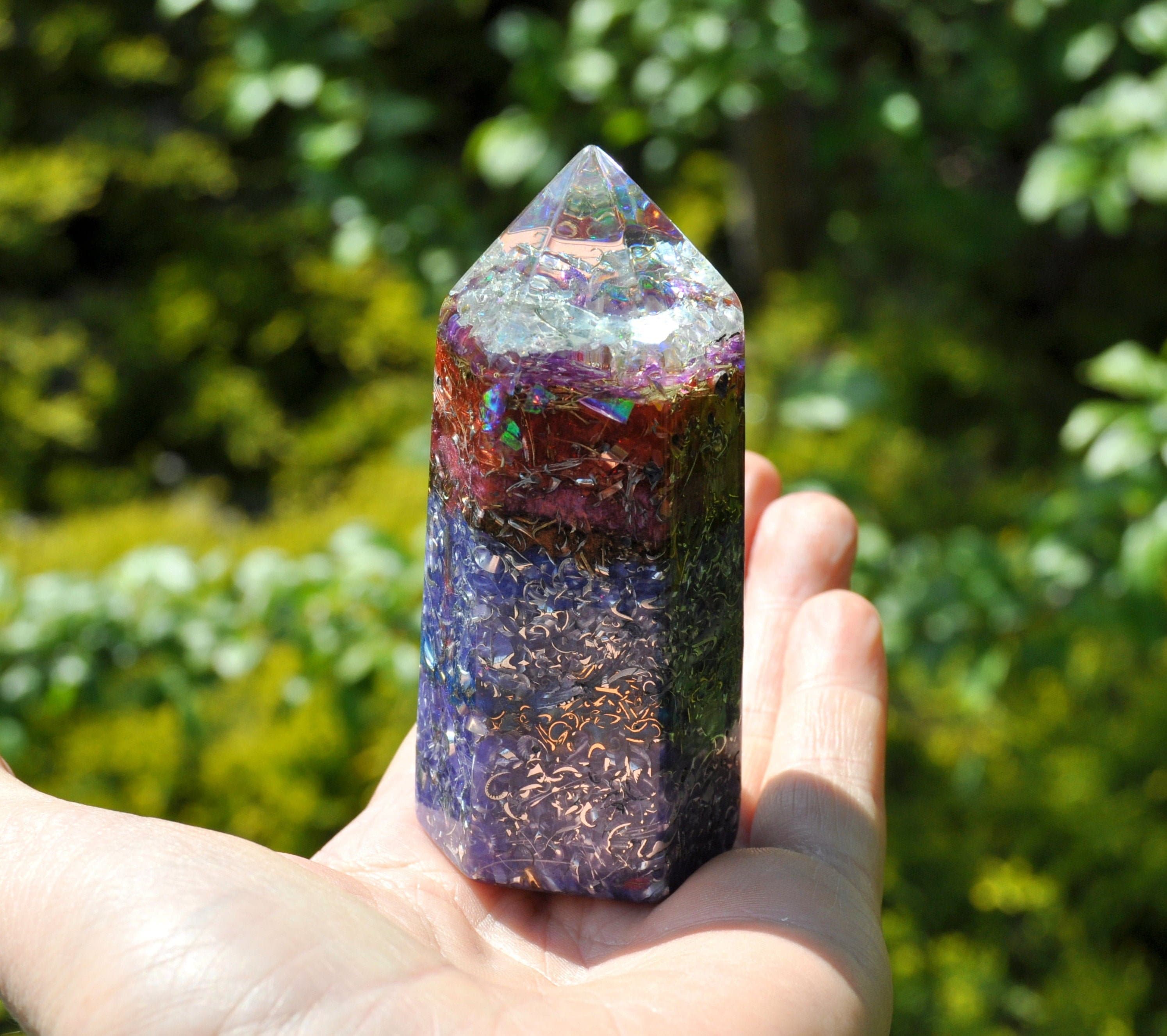 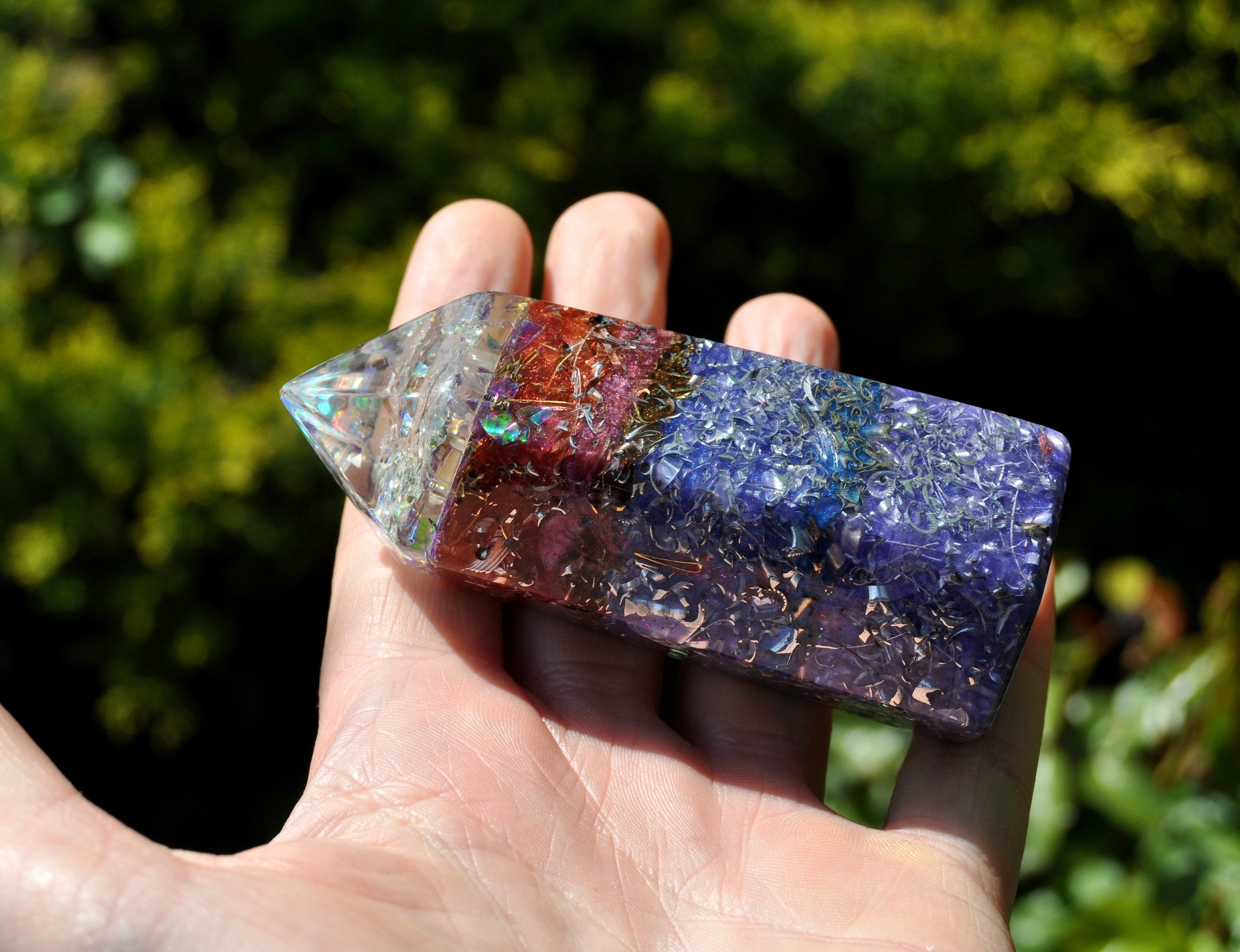 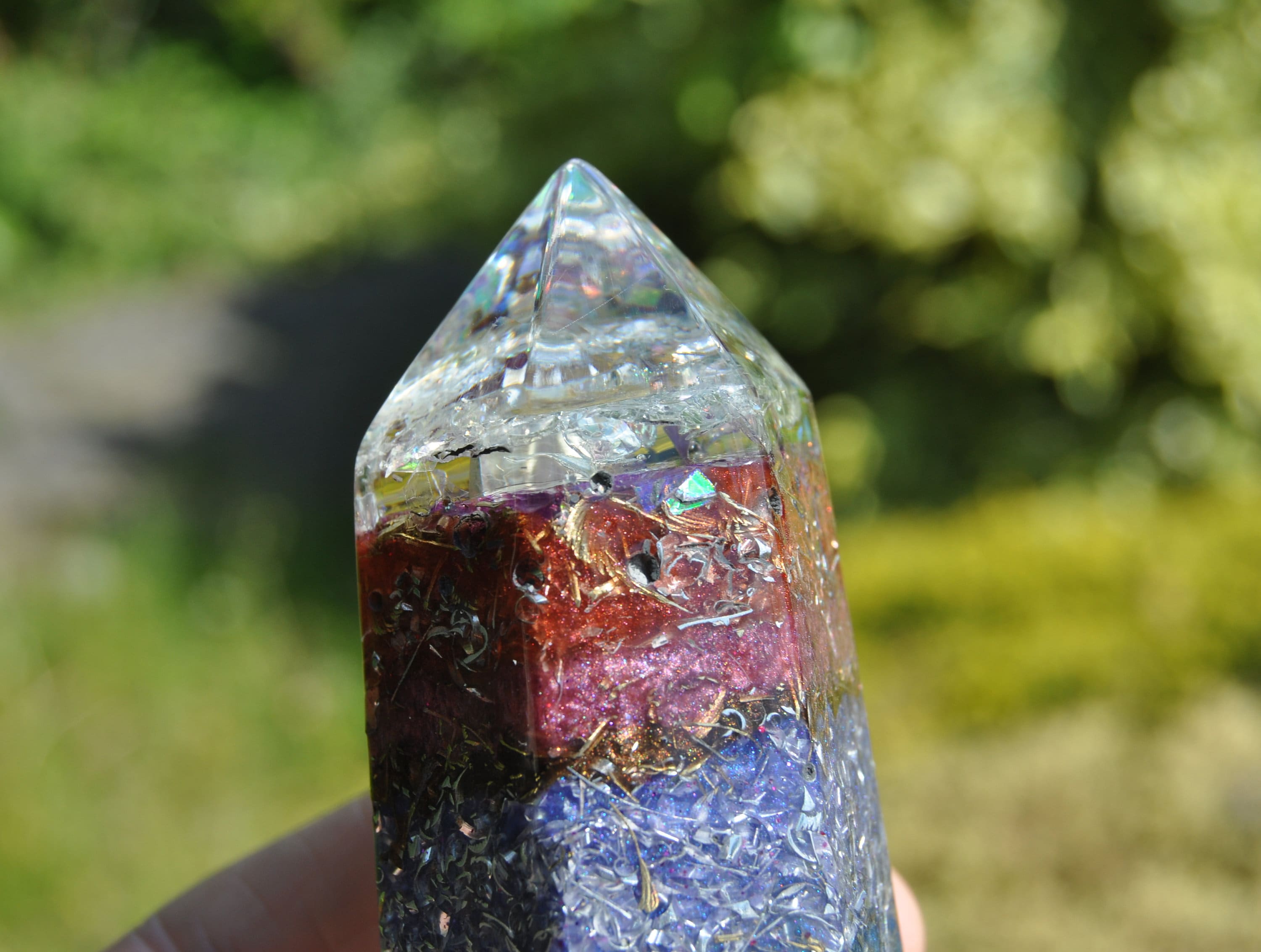 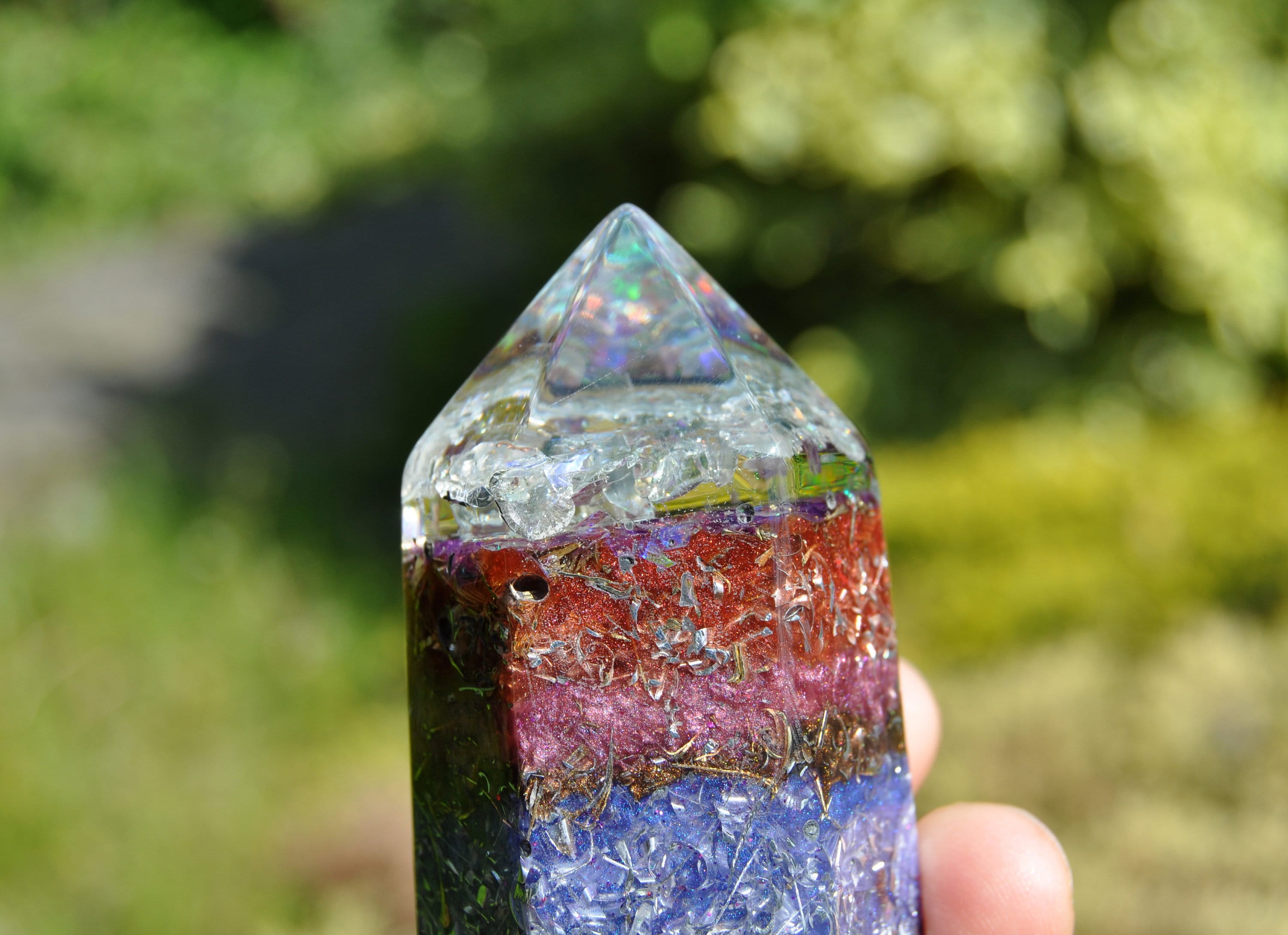 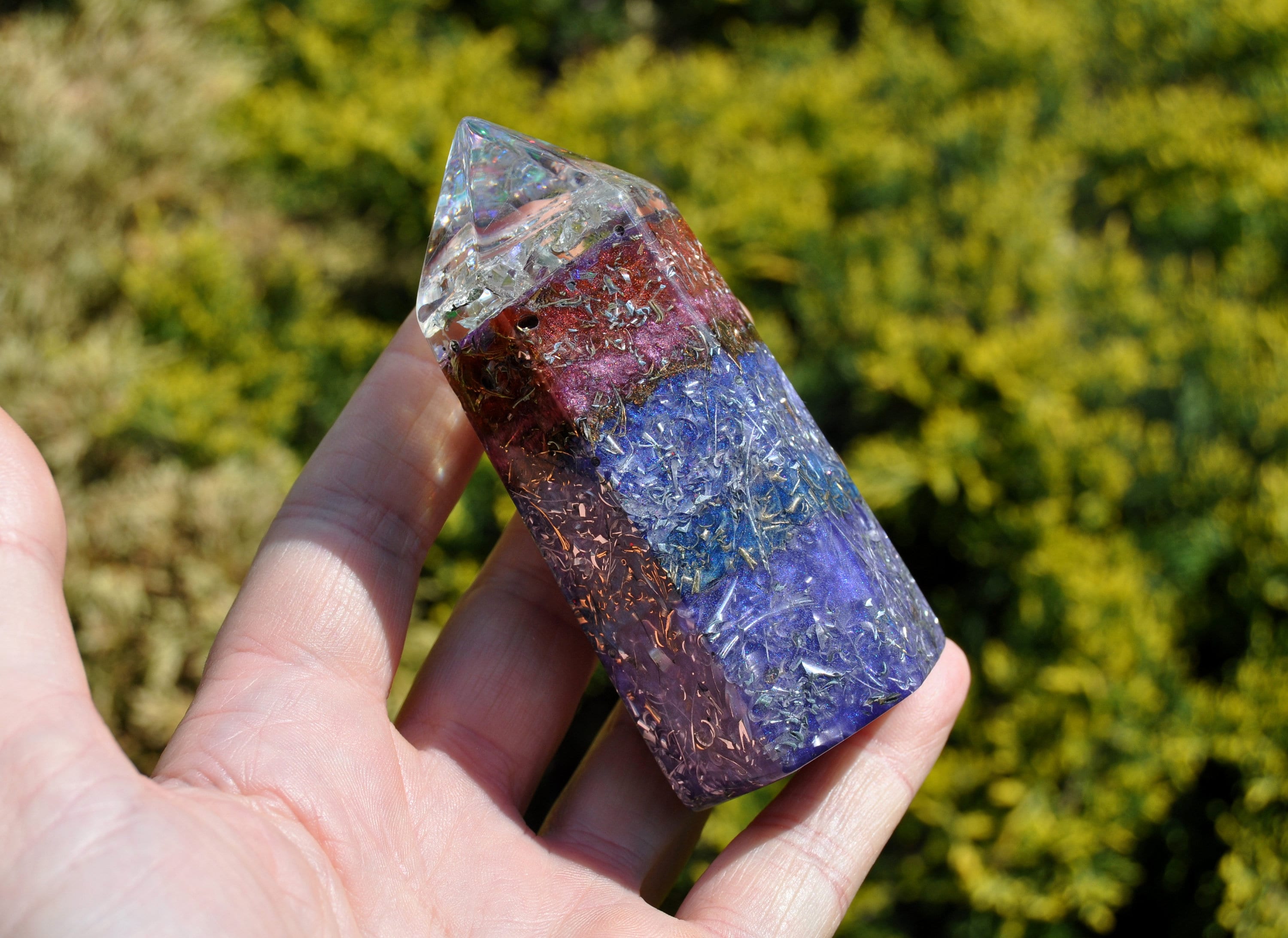 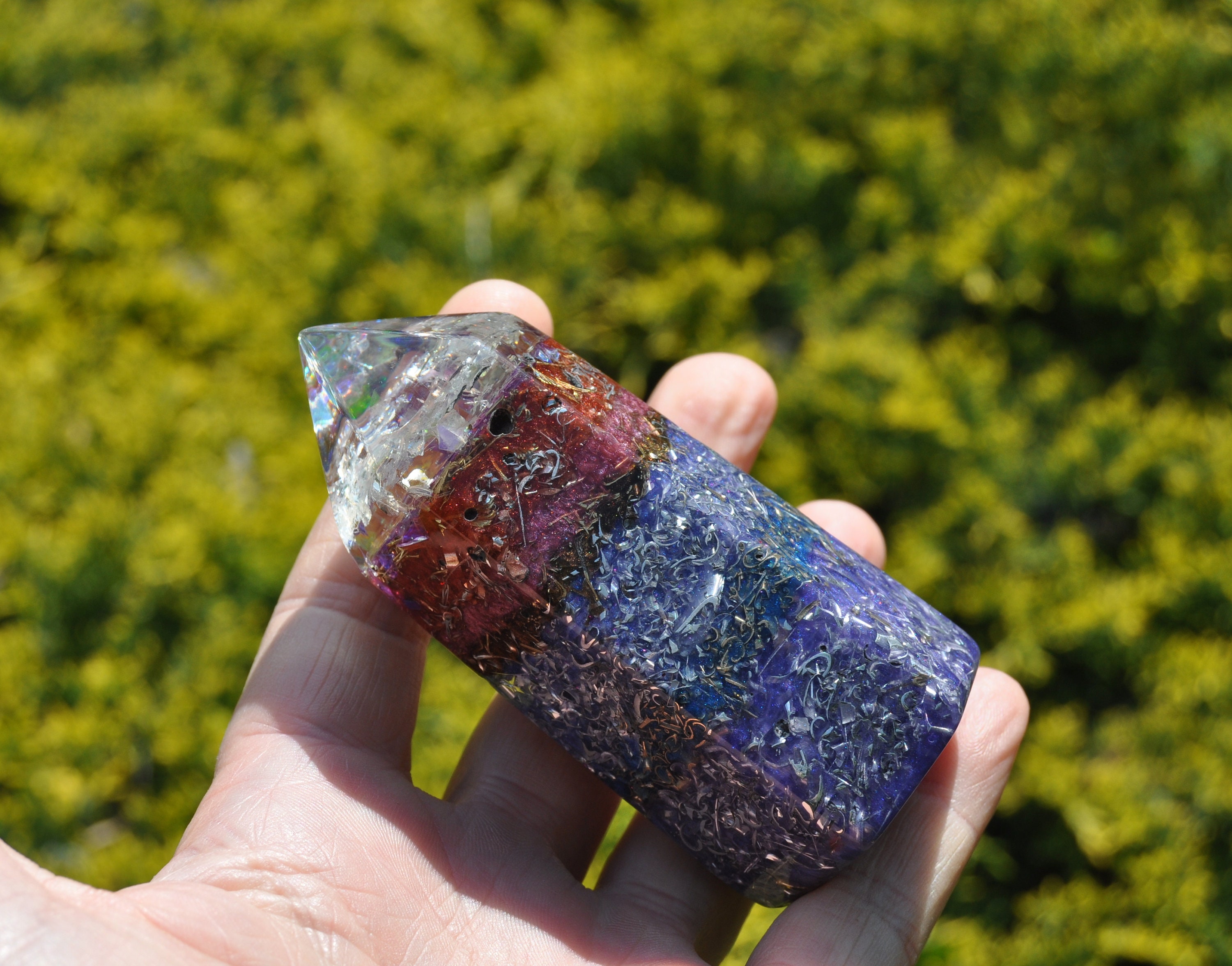 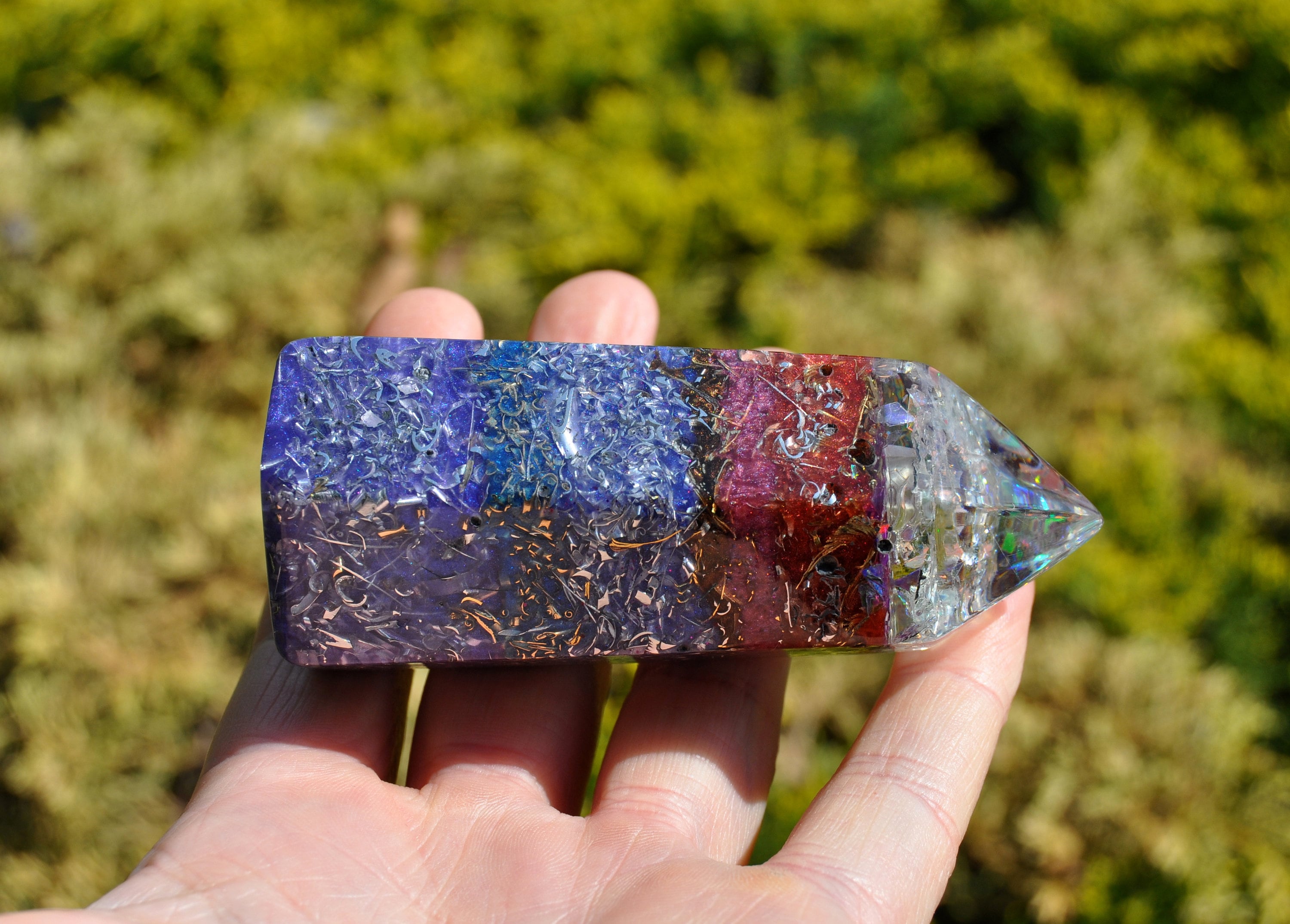 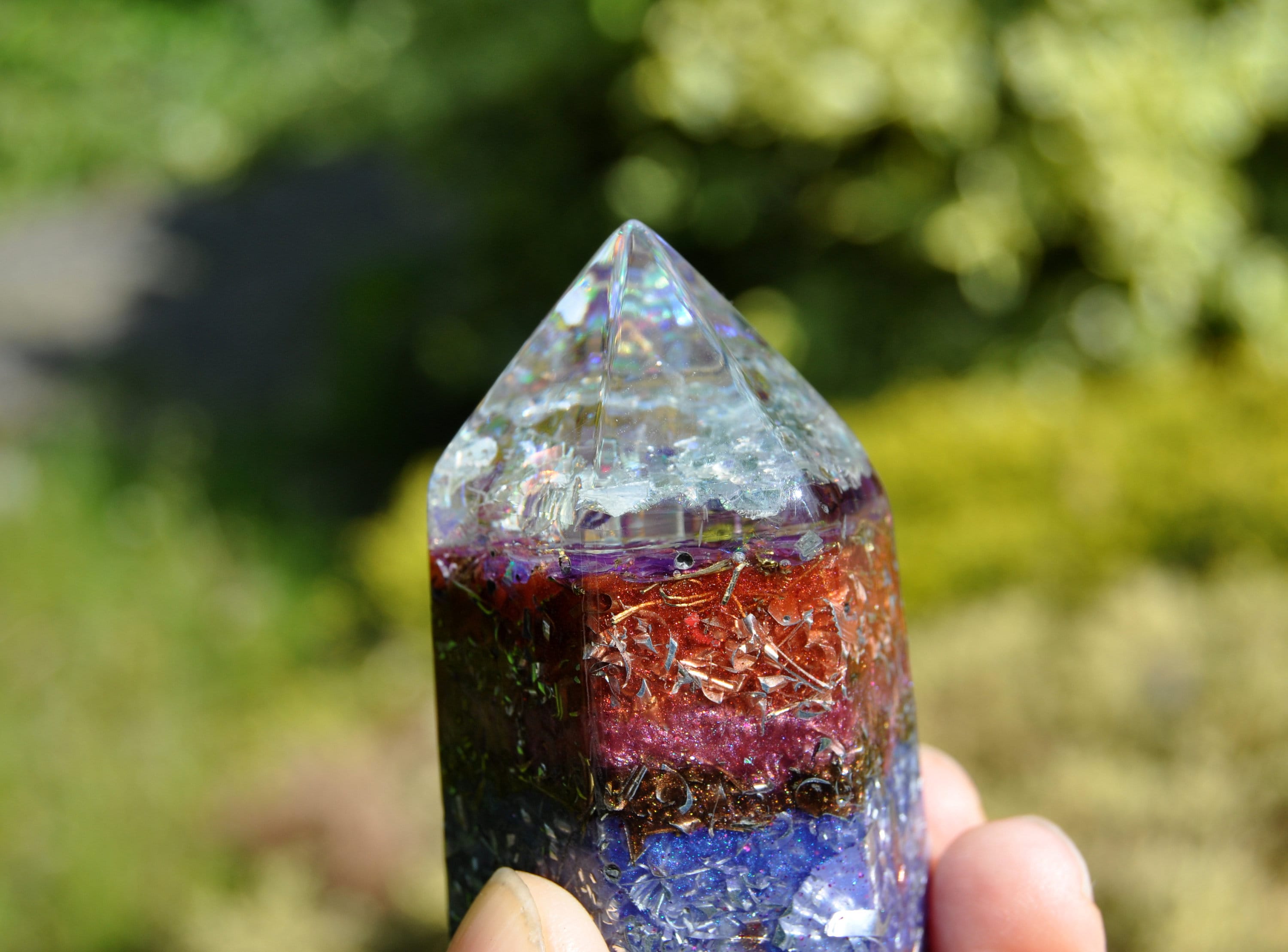 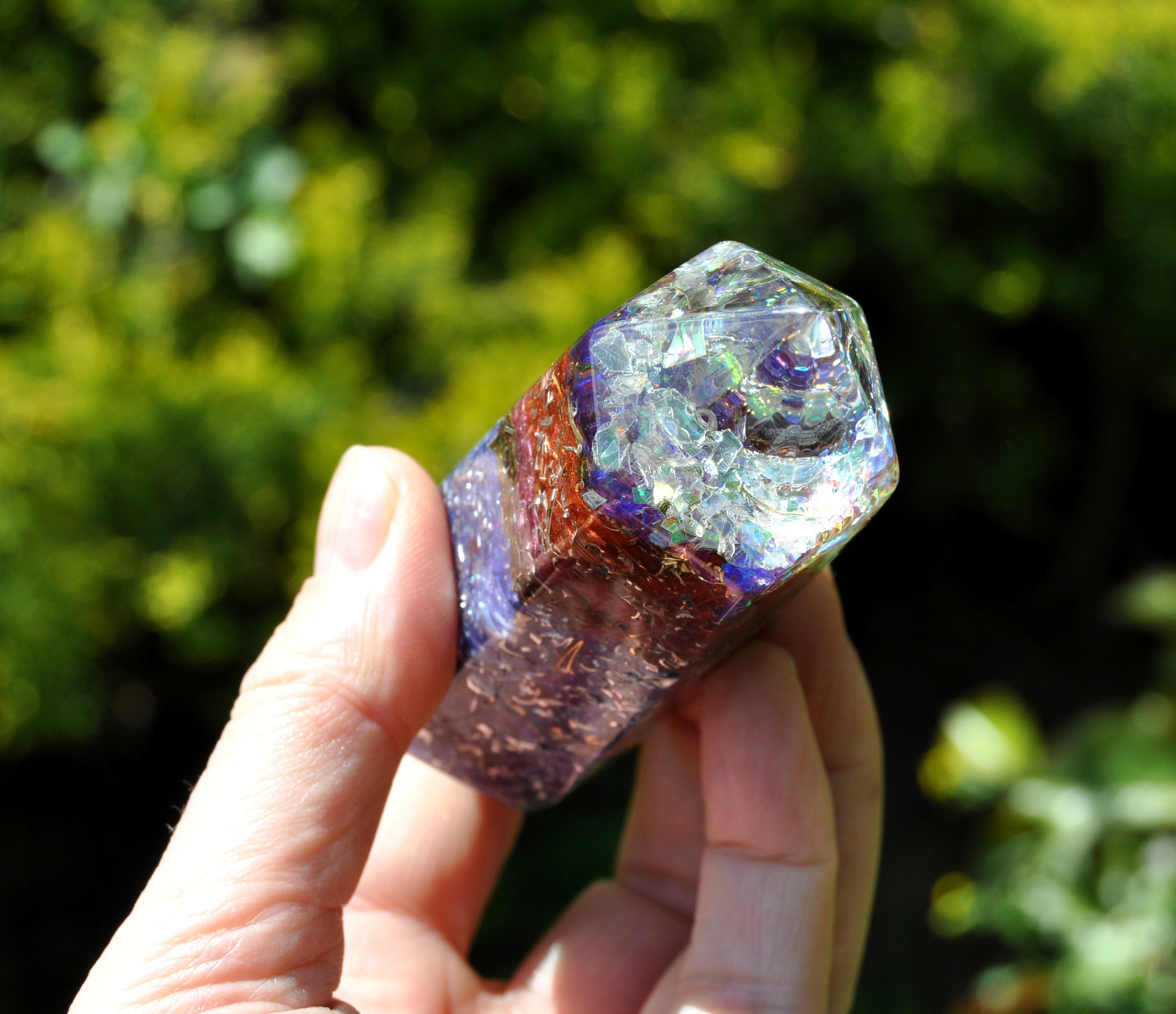 PLEASE NOTE THAT THE PRICE IS OF THIS CRYSTAL IS CHEAPER THEN THE USUAL, BECAUSE IT HAS SOME HOLES IN THE TOP DUE TO AIRBUBBLES AS YOU CAN SEE ON THE PICTURES. Still works great though.

This is a unique Orgonite® crystal with the original shape of an actual terminated quartz crystal point and it has been hand sanded through 7 sets of fine polishing paper so it is shiney and silky smooth.